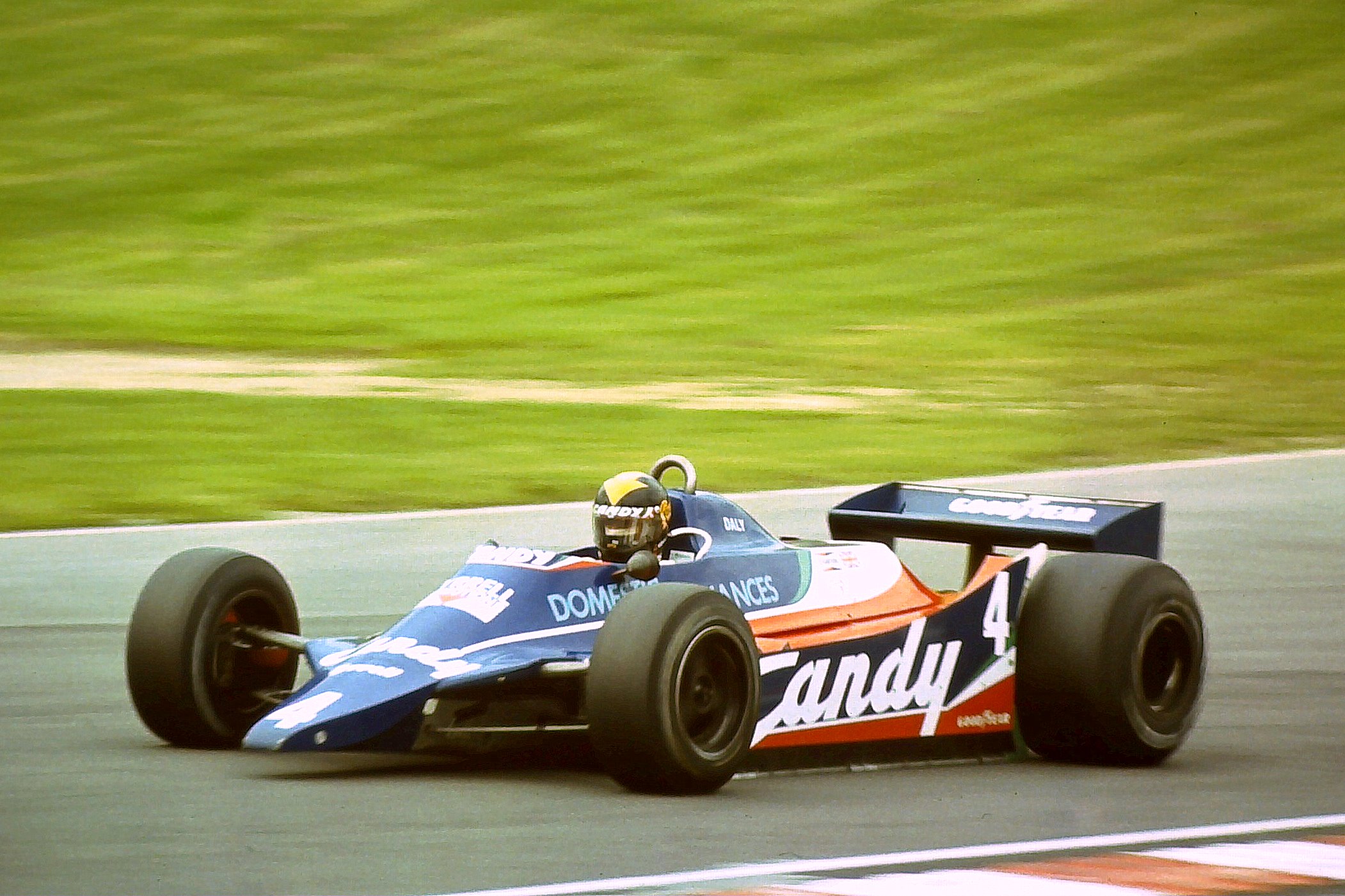 Another new and exciting edition to the stock here at William I’Anson Ltd is Tyrrell 010 chassis number 2. 010/2 was raced through 1980 by Derek Daly, with a highlight of 4th place at the British Grand Prix. In 1981, driving duties were undertaken by Riccardo Zunino and Eddie Cheever, with Cheever taking another 4th place at the 1981 British Grand Prix. In 1987, 010/2 was bought and began racing with Richard Peacock in HSCC Historic Formula 1. Peacock took the honours in the 1989 season and became HSCC Historic Formula 1 Champion with 010/2. After being sold in 1990, 010/2 has been subject of minimal use.

With the success of the sister Tyrrell 010 of Loic Deman this season in the FIA Historic Formula 1 Championship, where he has claimed six wins already, this is your opportunity to begin preparations for an attack on the 2016 season with a very useable Ground Effect front runner.