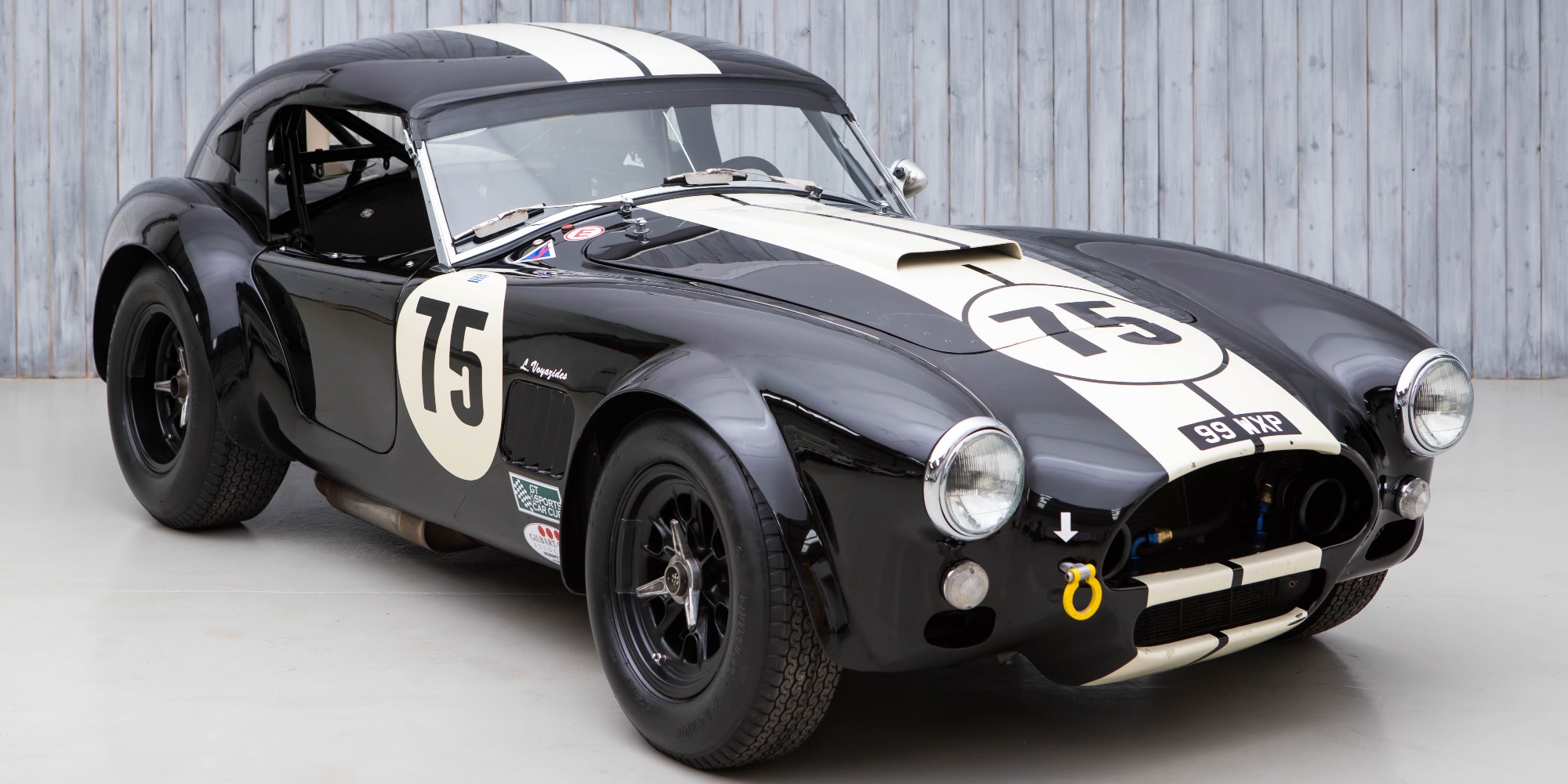 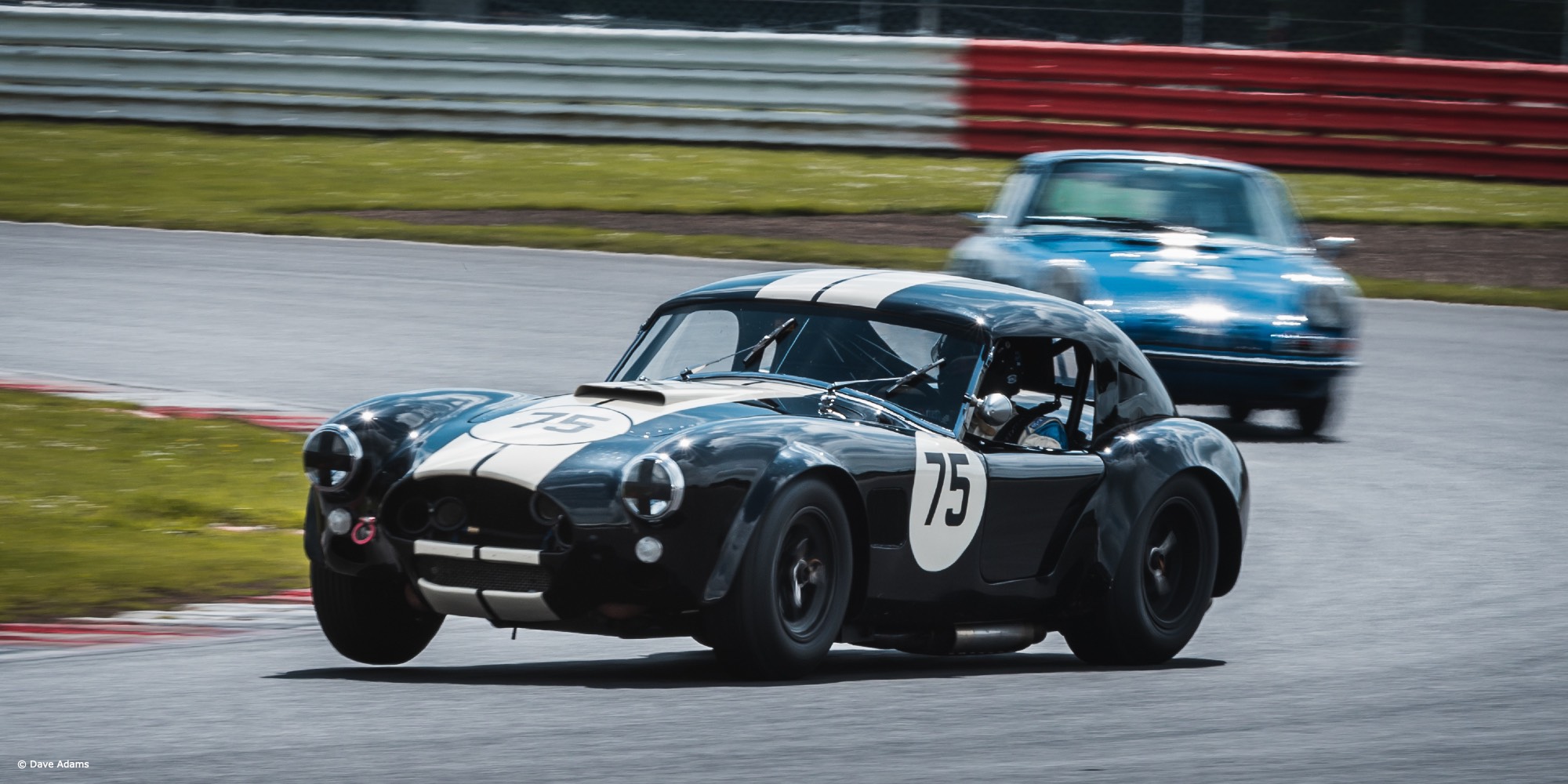 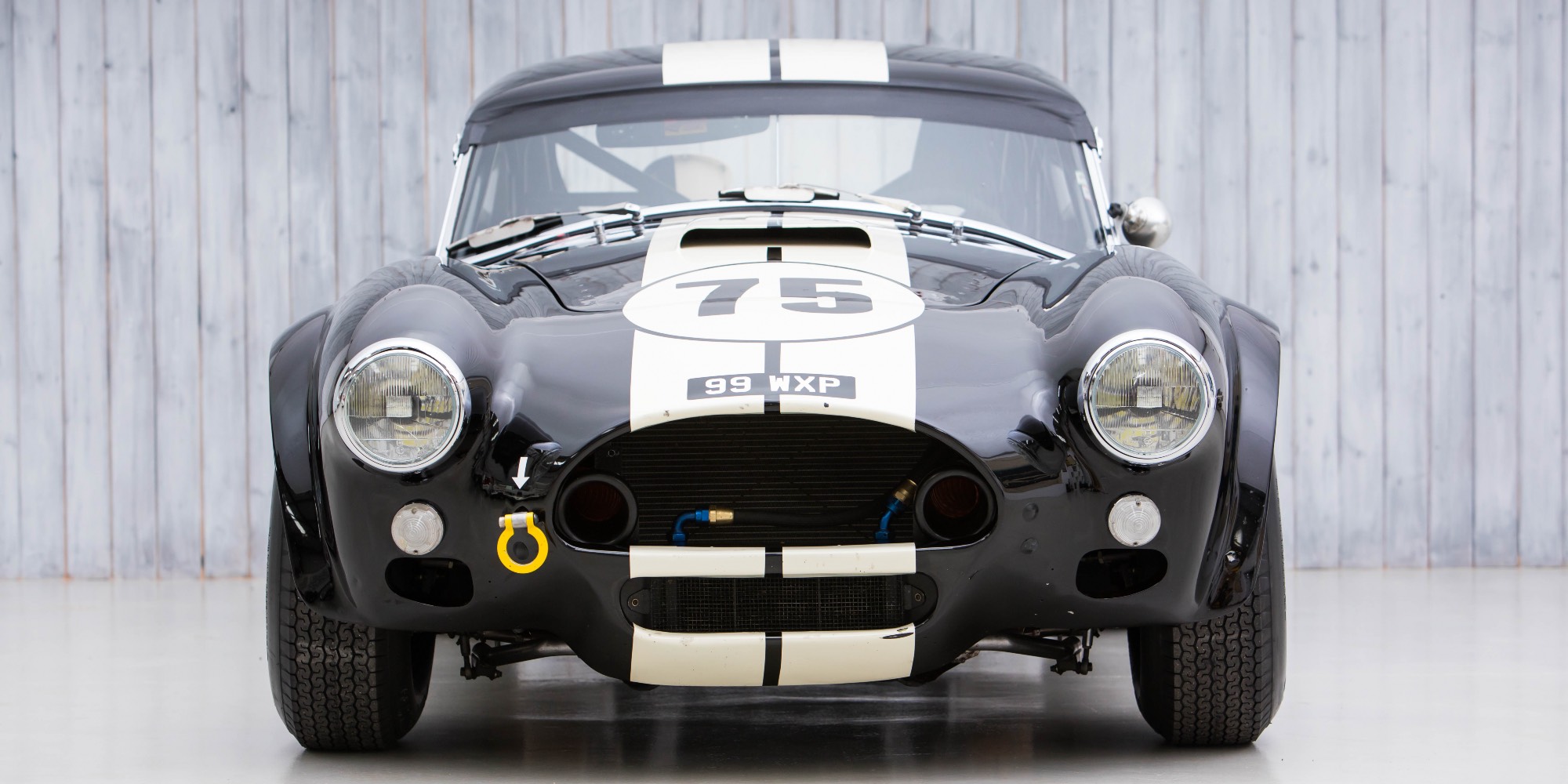 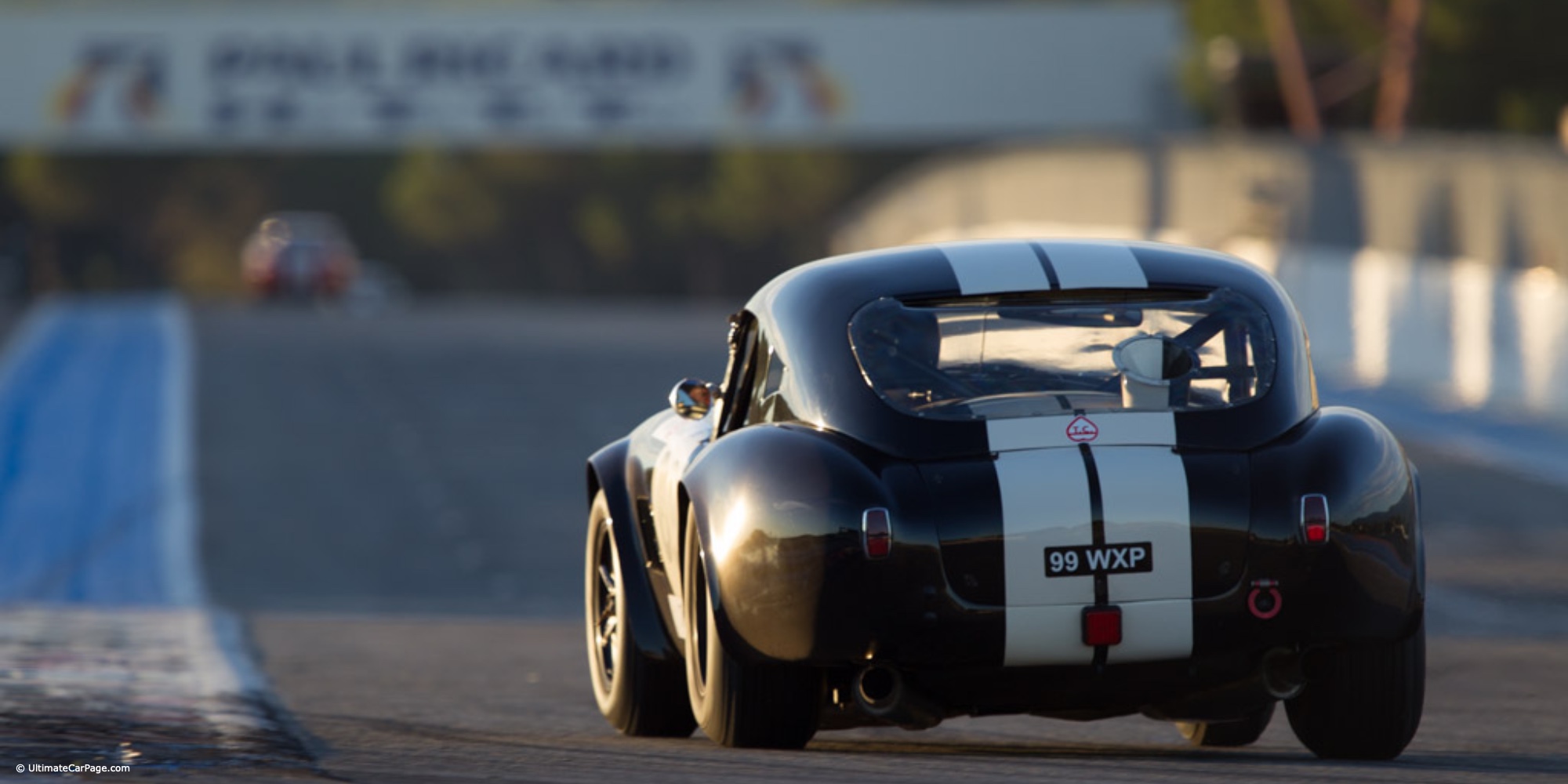 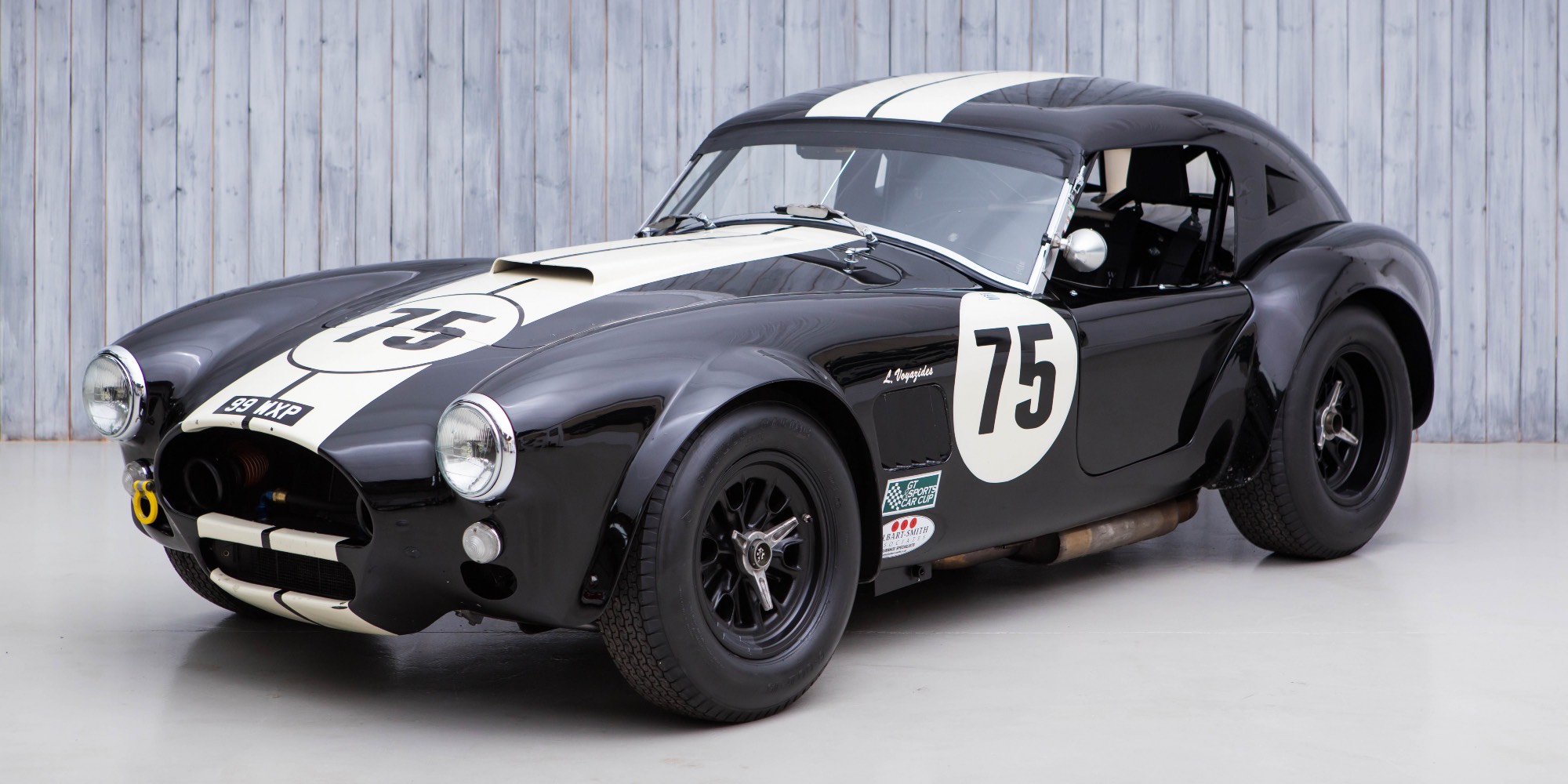 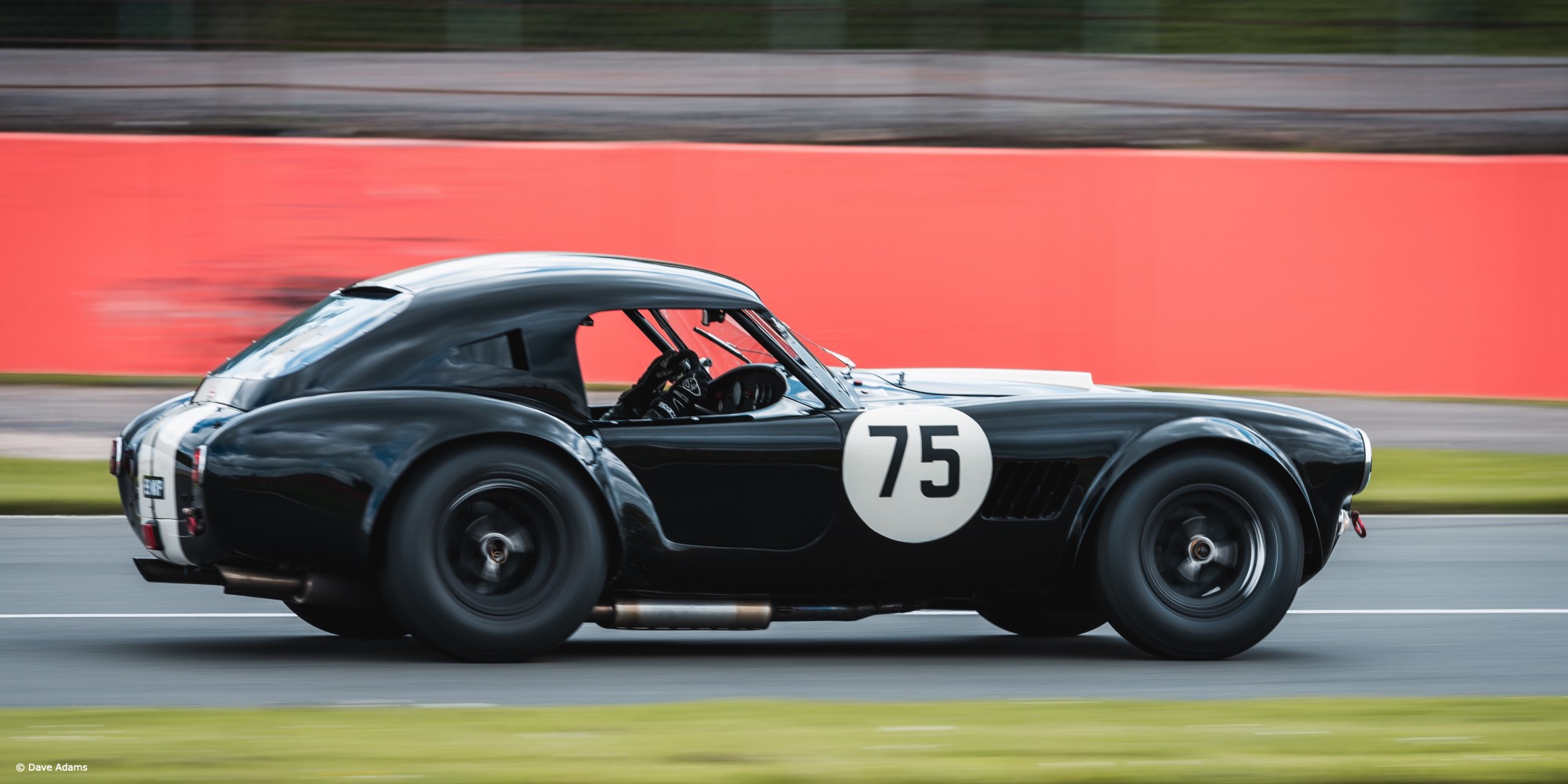 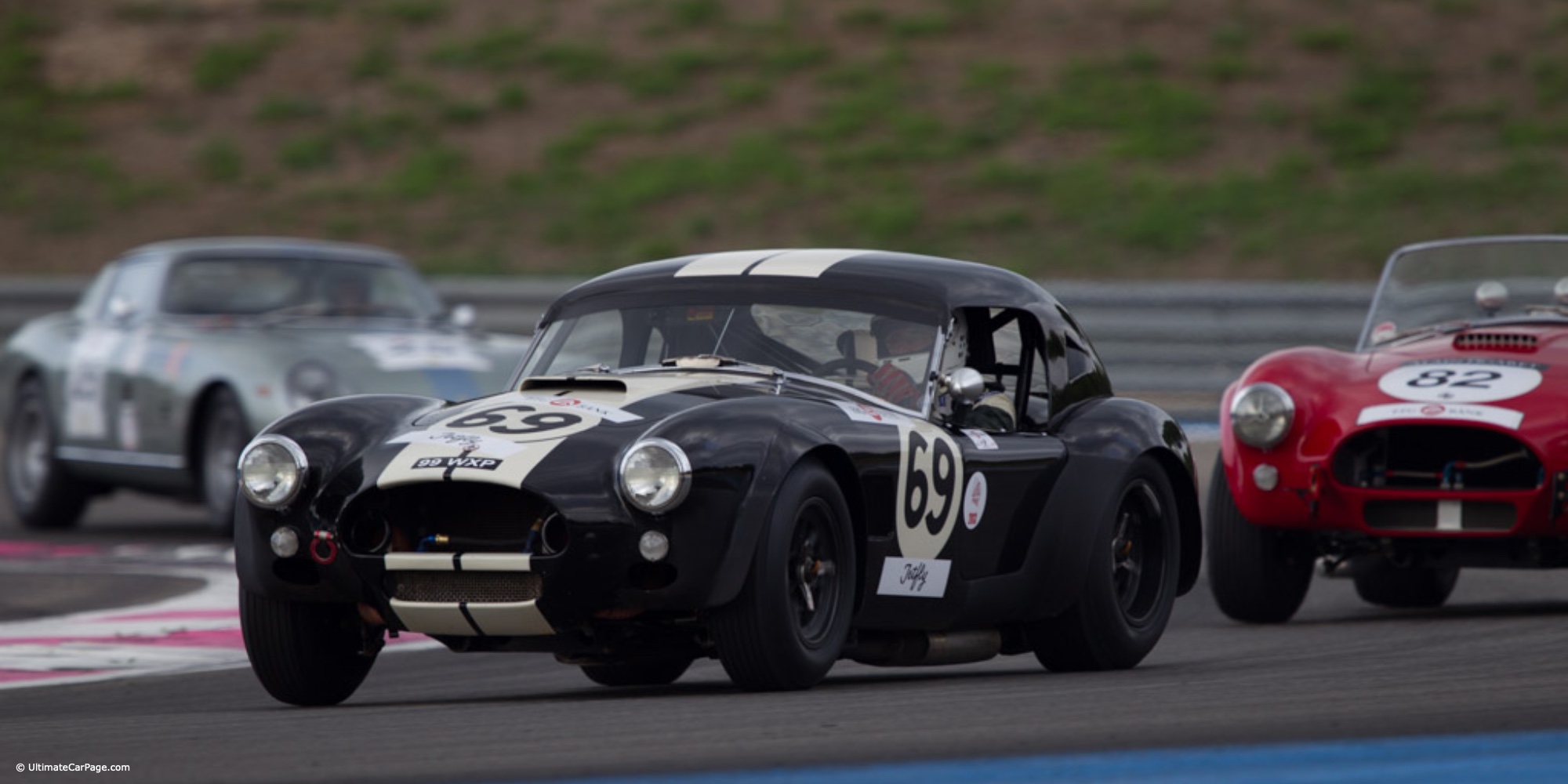 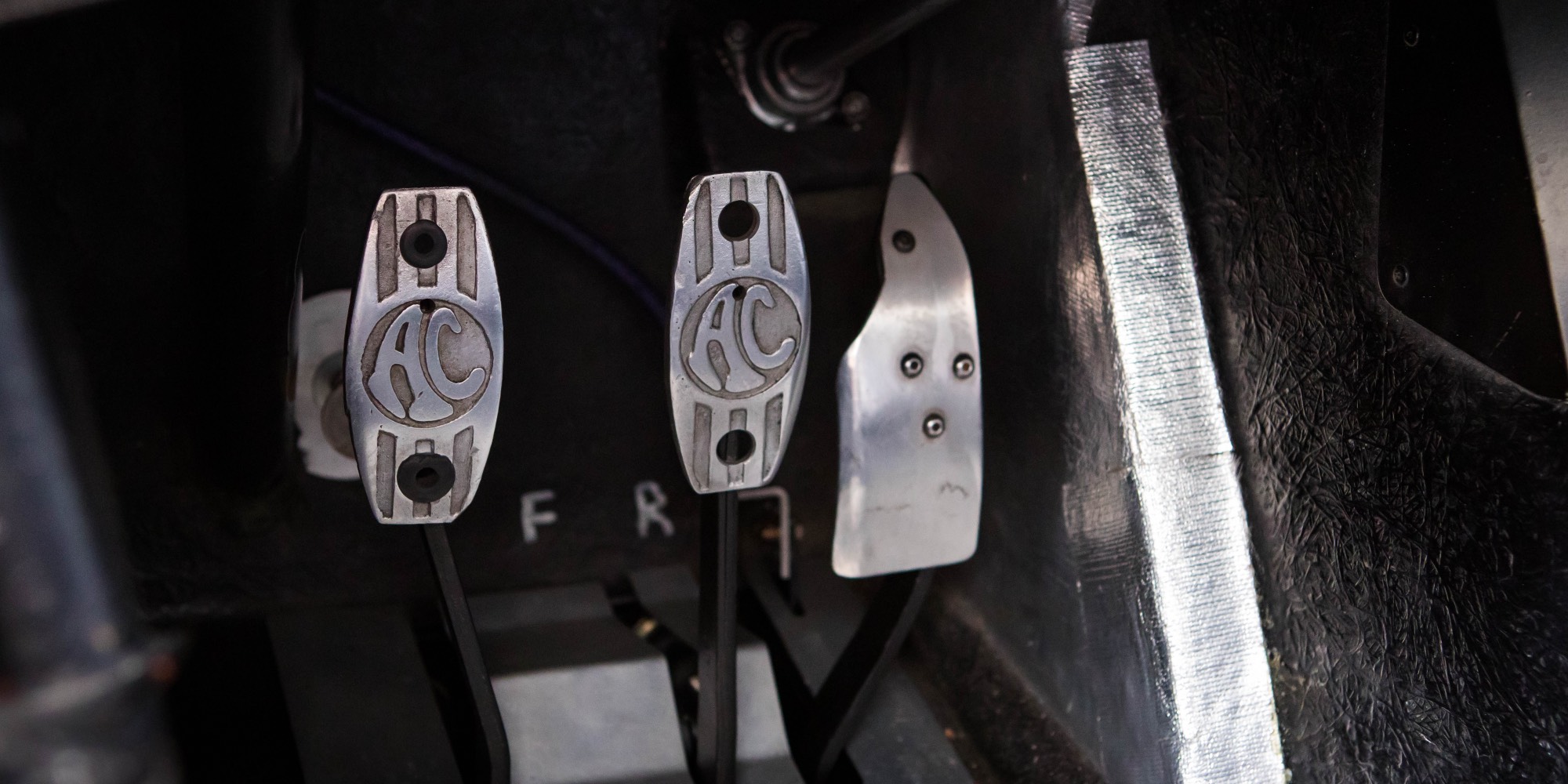 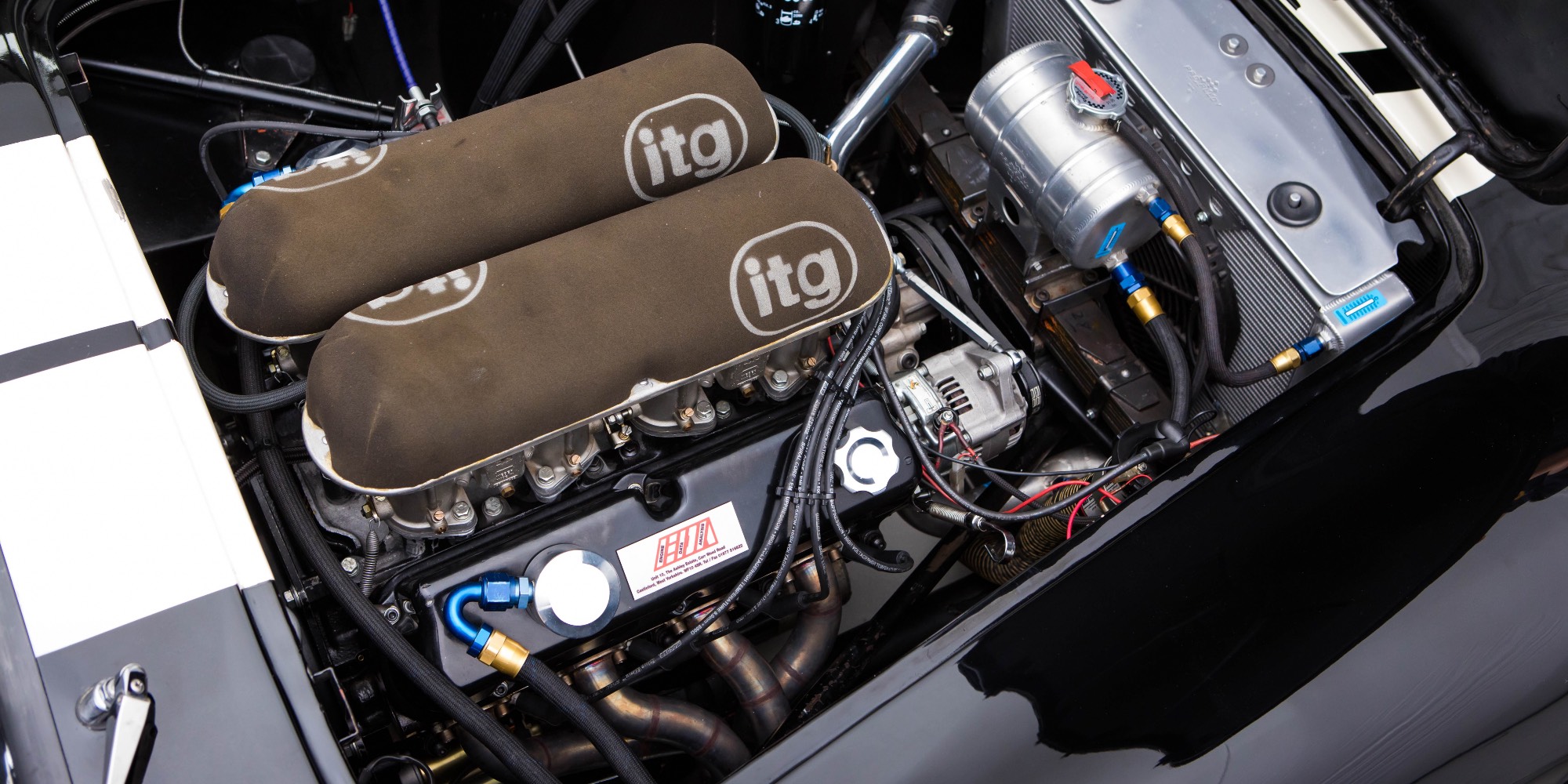 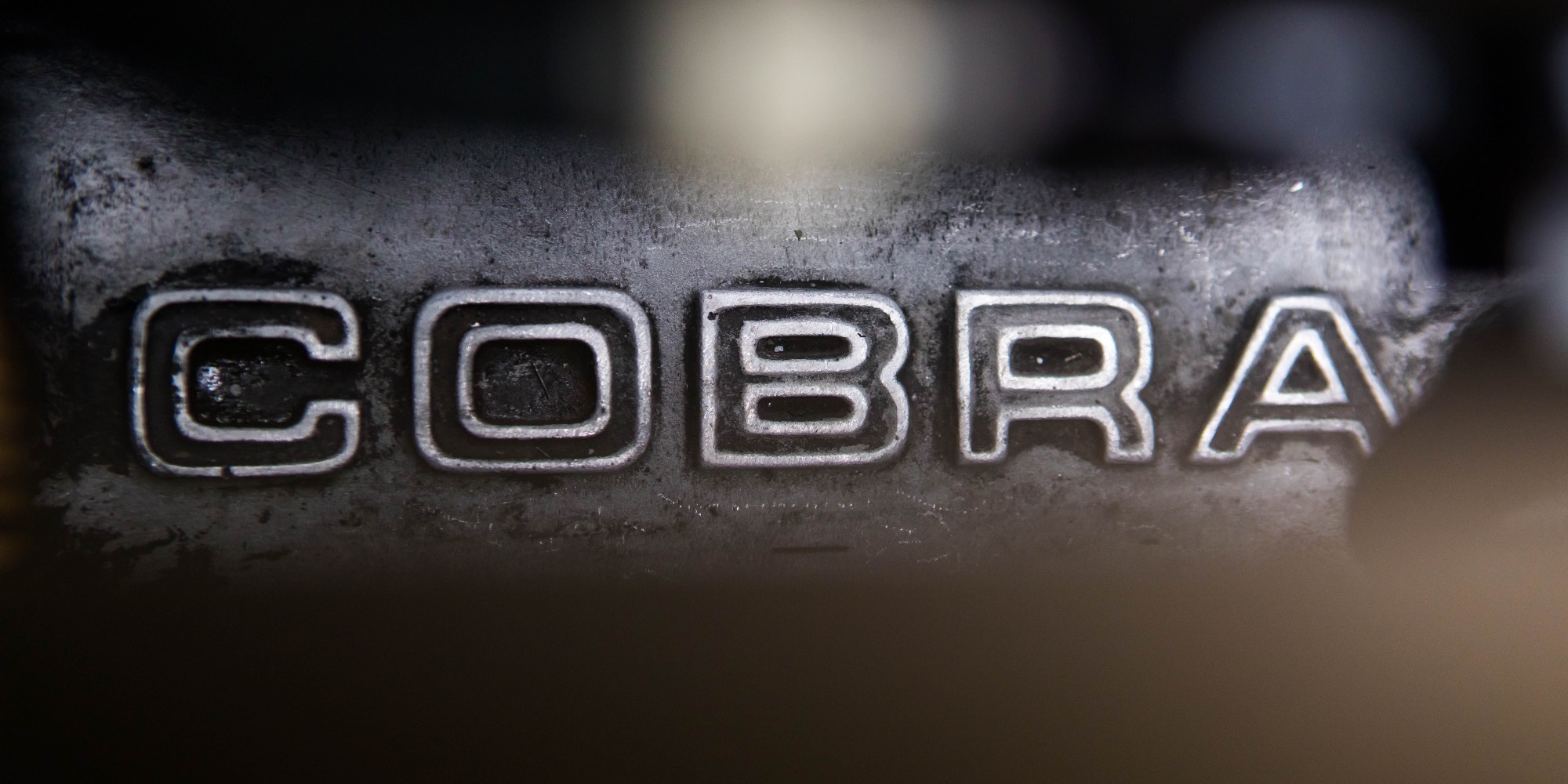 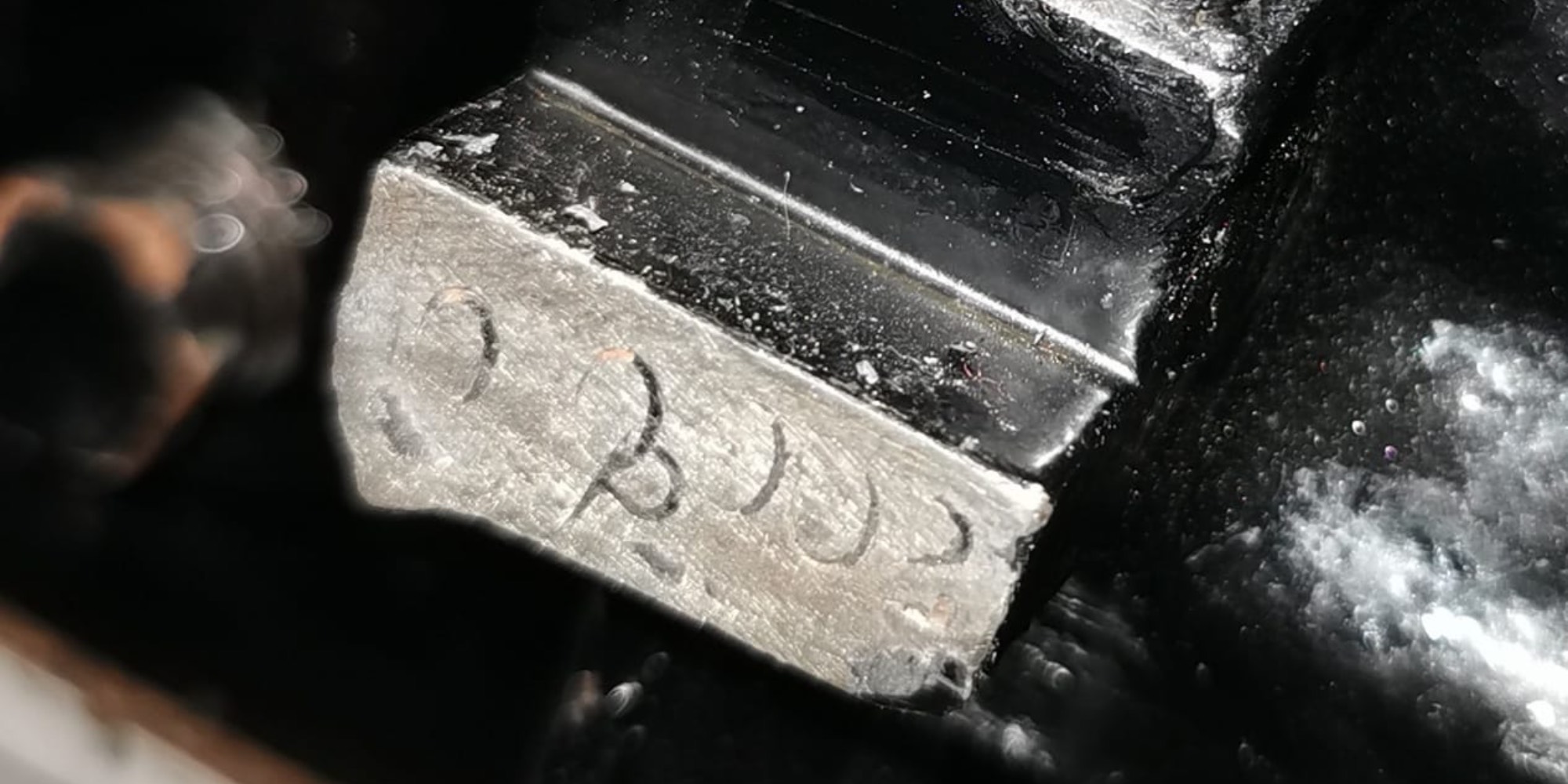 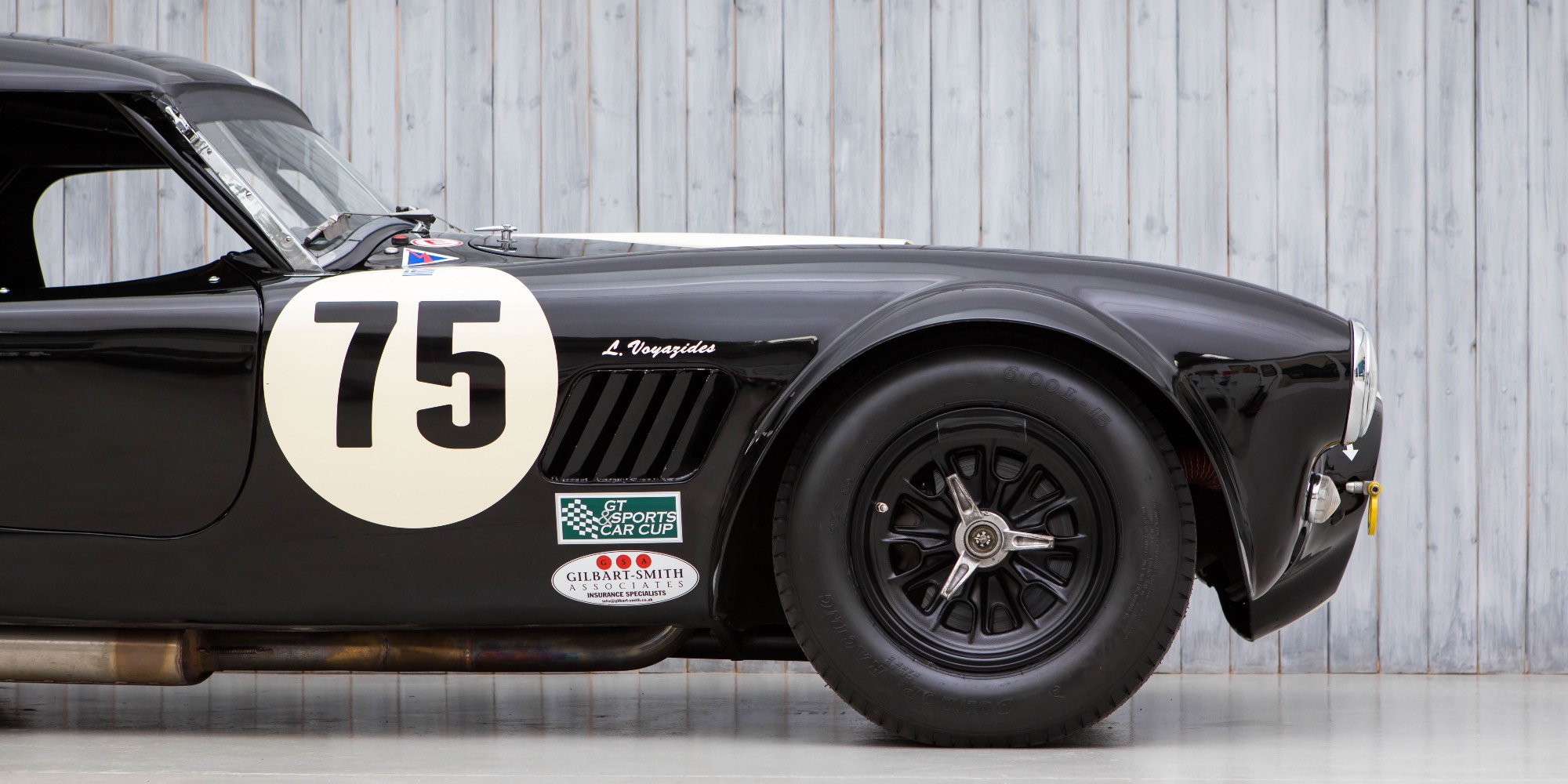 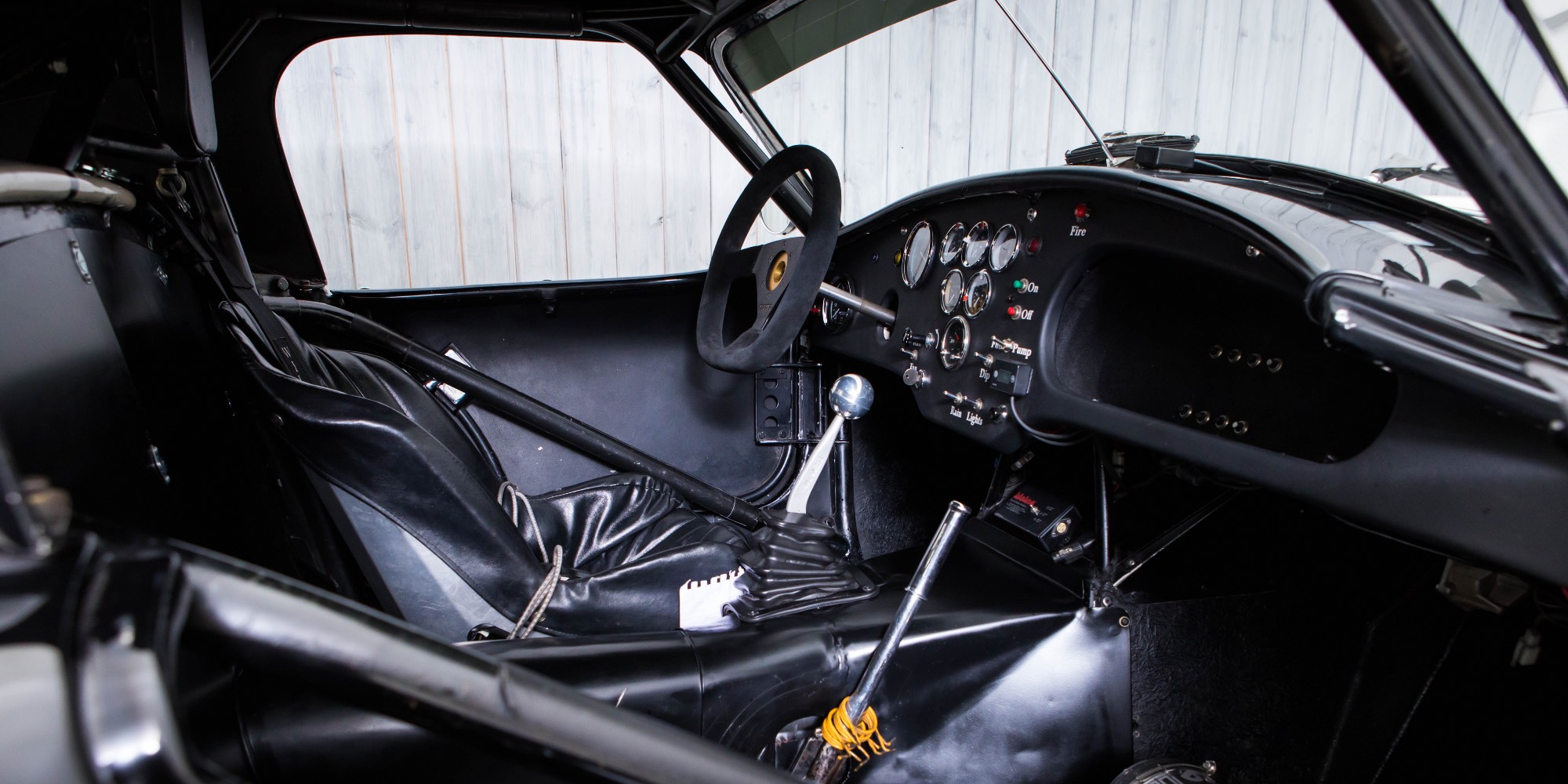 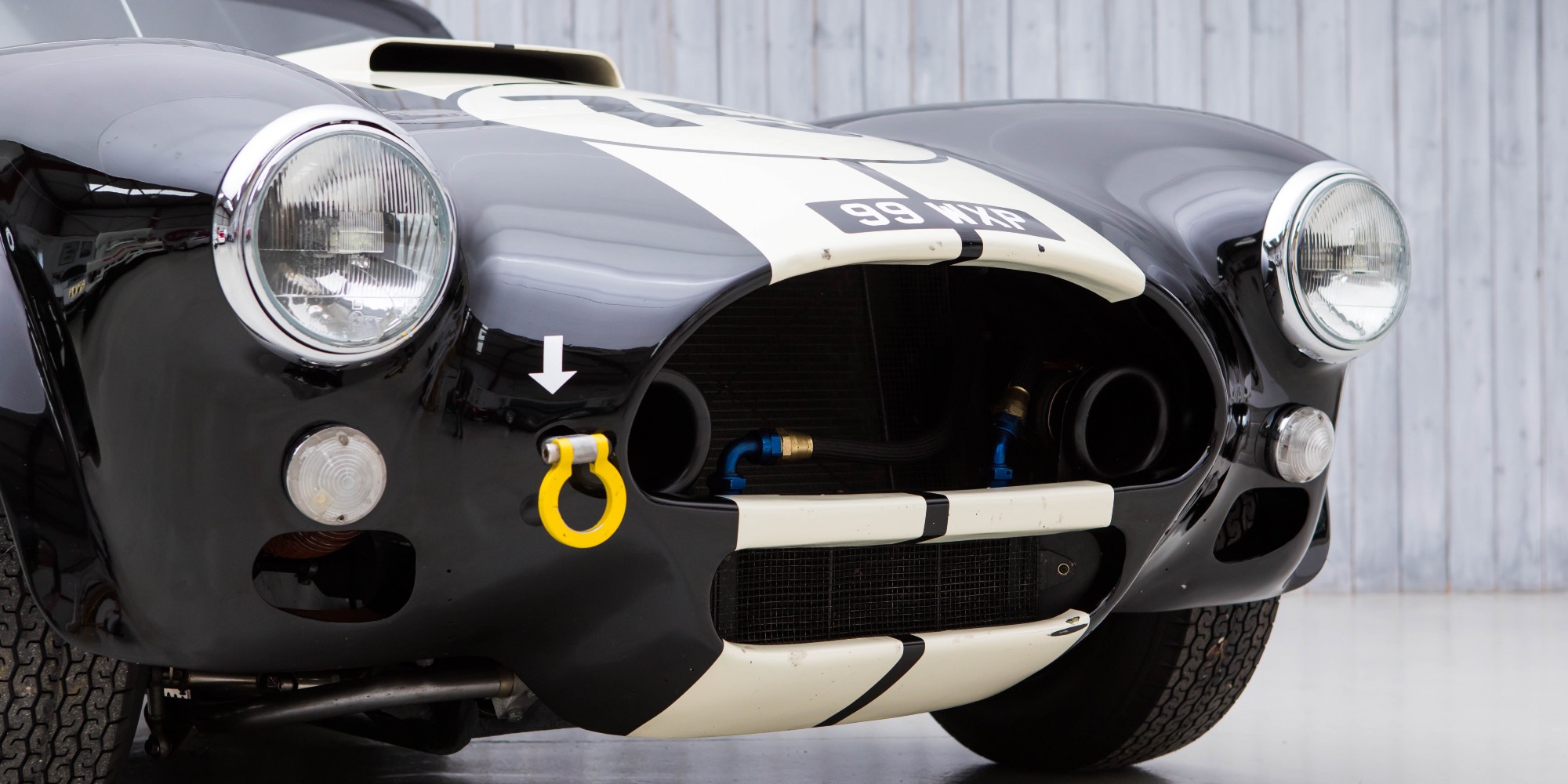 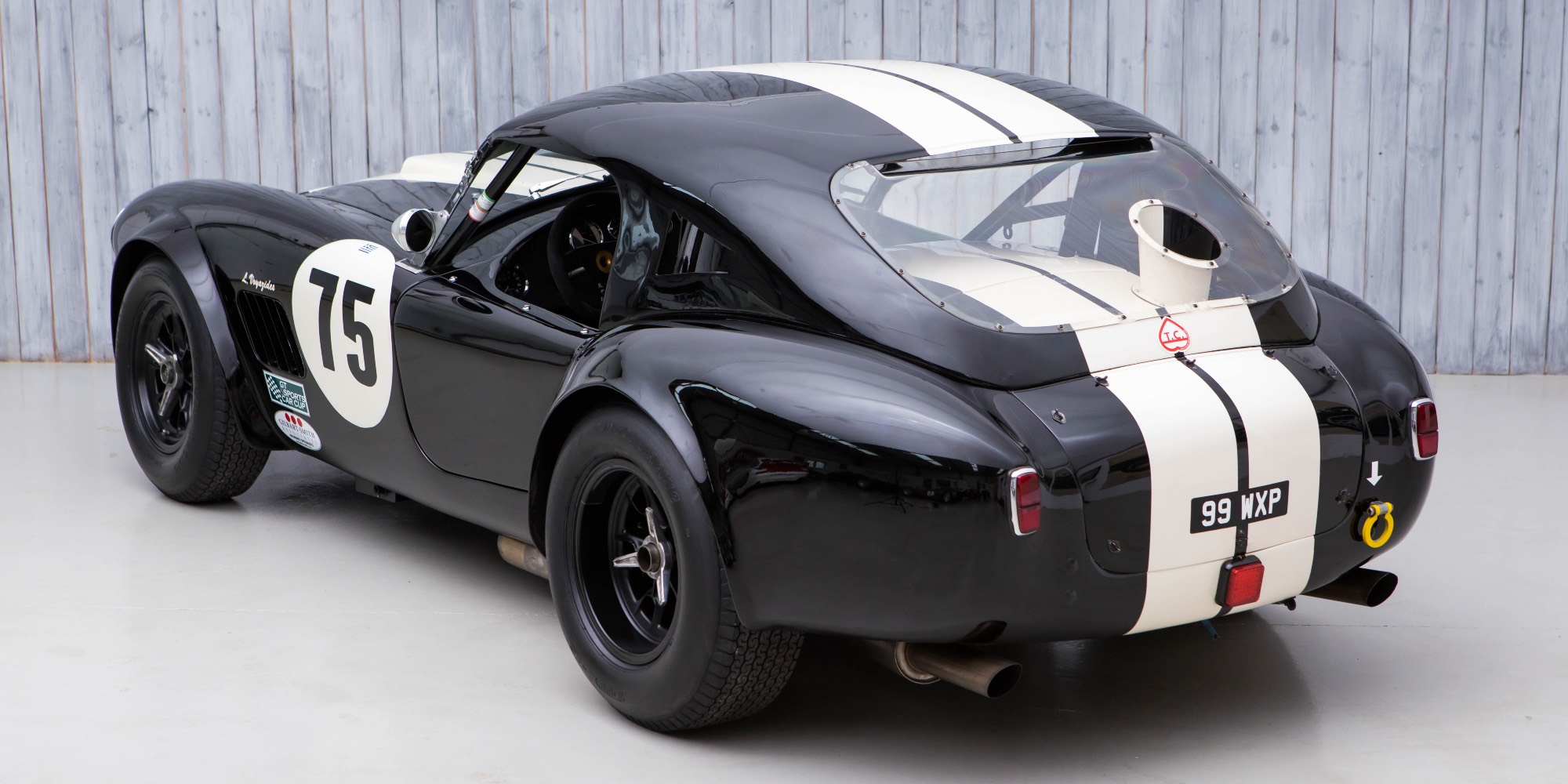 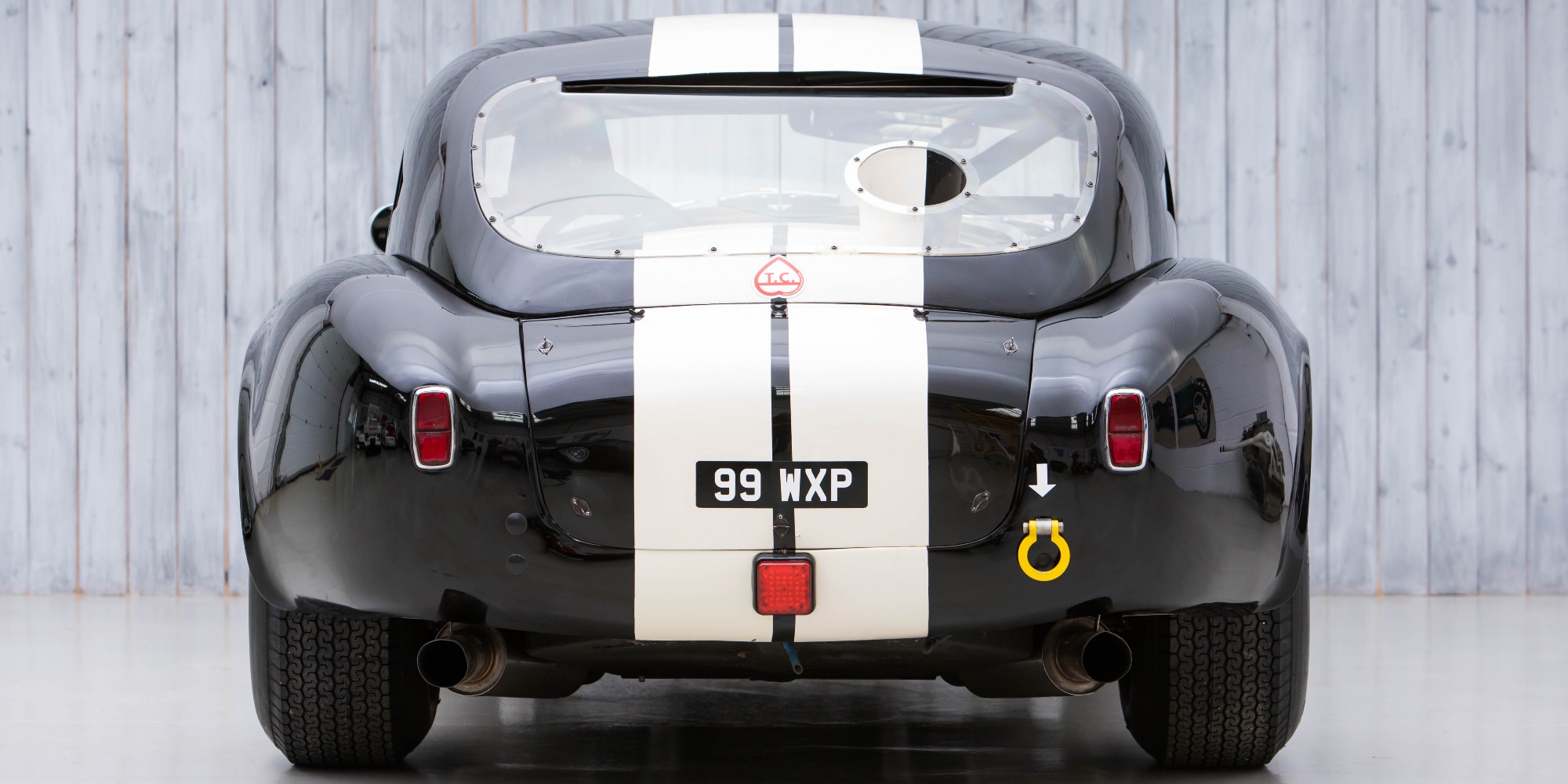 Regarded as one of the all-time great sports cars, the muscular, yet refined AC Cobra combined European chassis engineering and American V8 power in an what was to be become a legendary alliance, brought about by Le Mans-winning racing driver Carroll Shelby, between AC Cars and the Ford Motor Company. The former’s Ace provided the simple twin-tube chassis frame – strengthened and supplied with four-wheel disc brakes for the Cobra – into which was persuaded one of Ford’s lightweight, small-block V8s.

The 260ci (4.2-litre) prototype first ran in January 1962, with production commencing later that year. Exclusively for the USA initially, Cobras – minus engines – were sent from England to be finished off by Shelby in California, and it was not until late in 1963 that AC Cars in Thames Ditton got around to building the first fully finished European-specification cars.

The Cobra was an instant success from the moment it hit the track, giving the might of Ferrari a run for its money. The Cobra went on to firmly secure it place in motor racing and sports car history and remains the weapon of choice for Historic GT racing to this day, with Cobras dominating events like the Goodwood Revival’s prestigious TT and the ever popular ‘60s GT series across Europe.

CSX2532 was built at AC Cars in August 1964, and destined for Shelby American in California. Finished in Princess Blue with red interior, CSX2532 was shipped to Los Angeles on the 19th August on the SS Loch Garth. Having arrived with Shelby, CSX2532 was invoiced to Jerry Alderman Ford of Indianapolis, Indiana on the 11th December as: “1 Cobra – Ford, chassis #CSX2532, Pr. Blue/red”.

The Cobra was fitted with what was recorded on the chassis plate as engine number A00002, though in reality it is actually stamped 00002. In late summer 1964, the supply of five bolt block engines from Ford had dried up, and Shelby American was forced to obtain a run of engines which featured a mix of ’64 and ’65 specifications, and came from Ford without number, leaving Shelby to stamp them in their own format of five digits. These were the only engines made by Ford exclusively for Cobra use, and CSX2532 was either the first or second car to receive one.

CSX2532 was kitted out with the ‘Class A’ accessories which included dual 4V carburettors and manifold, fibreglass bonnet scoop, five chrome wheels, white side wall tyres, luggage rack, radio and antenna, antifreeze, and freight totalling $6,110.65. The Shelby American truck delivered CSX2532 to Alderman Ford, where it was then sold to the first owner.

By the mid 1970s, CSX2532 came to be owned by Ken Gipson in Shelby County, Tennessee, and suffered damage to the drivers side of the body when it was involved in a collision. During the repair, a fibreglass body was fitted in place of the damaged original, and before the repair was completed CSX2532 was sold to Chester Callahan, also of Tennessee, in early 1978.

Callahan sold CSX2532 on to Gordon Stennes of Georgia later that year, and at the time of purchase, Stennes was aware of another car claiming the 2532 number. Stennes had CSX2532 inspected by the acknowledged Cobra expert of the South East, Chuck Gutke of Cobra Restorers, in December 1978.

Gutke reported in a letter that he found; the AC Cars Ltd chassis plate to be in place with no signs of tampering or prior  removal, the letters CSX2532 stamped into the right hand front wishbone pick up point of the chassis with no sign of tampering, the number 2532 engraved on one section of the transmission tunnel, 2532 was visible and written in crayon on another section of the tunnel, 2532 was found on the left hand latch of the bonnet, and a faint crayon or chalk impression of the number CSX2532 was visible under the paint on the front of the suspension cross member on the chassis.

Furthermore, as part of his extensive precautions to authenticate this car as being the real CSX2532, Stennes carried out a search of title from the State of Tennessee. It became apparent that the other claimant to 2532 was in fact CSX2530 which had been stolen in 1971. In a letter to Sergeant Mike Juliano of the Auto Theft Division of Illinois Police, Stennes noted how that when he bought CSX2532, it was in disassembled condition and missing the doors and bootlid, but did still have the bonnet lid with number 2532 on the latch mechanism.

Somehow, CSX2530 had come to bear doors and a boot lid with the number 2532 on them, and having been through several custodians by that point, Stennes was able to discuss the matter with the current keeper who elaborated that CSX2530’s bonnet was stamped with 2530 on the mechanism. Eventually, the matter was cleared up with the State of Illinois title for CSX2530 as CSX2532 being revoked, and CSX2530 being returned to its last rightful owner, although in a state of incompleteness. Later and having known the story of the car, Stennes bought CSX2530 to restore before selling it on.

In the meantime, Stennes had set about rebuilding CSX2532 with the intention to go historic racing with the SVRA. A new hand built aluminium FIA style race body with cut back doors, wide arches, bonnet and oil cooler vents was built for the Cobra, and the chassis was professionally jigged to ensure straightness.

Within Stennes’ own specification sheet, he noted that the original, as delivered, factory 289ci HiPo engine number A00002 was rebuilt to historic racing specs with new bearings, new Le Mans cam, new 10.5:1 pistons, original heads, new valves and timing gear, with it being balanced and blue printed. He went on to describe the use of original aluminium Cobra sump pan, Weber intake manifold, valve covers and water neck, along with four original 48mm Weber IDA carburettors, original Warner T-10 aluminium gearbox with Hurst shifter and original Salisbury limited slip differential with a ratio of 3.77:1.

The restored CSX2532 sat on original polished magnesium Halibrand wheels of 6.5” and 8.5”, and the bodywork was finished in show quality Guardsman Blue paint with two Wimbledon White stripes. Stennes registered CSX2532 with the Georgia plate ‘ACOBRA’ and competed in historic racing for several years, with the car featuring on the cover of Car Collector magazine in July 1987.

By the time Stennes advertised CSX2532 for sale in 1991, it had amassed 2,400 miles since the restoration had been completed. His advert in June 1991 read “AC Cobra 289, 1965 – Blue/white, FIA body, real Halibrands, Webers, bars, vintage race mods, steerable, 3K on total restoration. $235k/OBO.” CSX2532 was subsequently bought from Stennes by Bill Maney of Fayetteville, Georgia.

From Maney, CSX2532 went to Dennis Greene of Cleveland, Georgia, in July 1992. Greene retained the car for just over 10 years when it was bought by Doug Schoch of Florida. Schoch then offered CSX2532 for sale in 2004 for $250,000, and it was bought by Gary Fitzgerald who intended to take CSX2532 back to Japan with him, where he was based. This didn’t come to be, and instead in 2006 Fitzgerald sold CSX2532 to the current owner in England.

On arrival in England, the already race prepared CSX2532 was gone through by Bruce Stevens of Plan B Motorsport to go historic racing in England and Europe competitively. Safety items were updated with a more extensive roll cage fitted, a custom fuel bag tank made and bucket seat fitted along with five point racing seatbelts and fire system.

Many of the original suspension components were removed and put to one side, with fresh items being fitted. The original engine to the car, number 00002, was removed and a freshly built Engine Data Analysis engine was utilised. To round off the preparation, an aluminium Le Mans style hard top was fitted to CSX2532, with a bottom hinged split boot lid, and the car was painted in black with two off-white stripes.

Having been ready in time for the 2007 season, CSX2532 has gone on to be one of the most competitive Cobras throughout Europe.

Often driving with Simon Hadfield, with CSX2532, the trio has taken multiple Masters Gentleman Drivers and GT&SCC titles and countless race victories. Wherever it has raced, including with Peter Auto’s Sixties Endurance at the likes of Barcelona, Paul Ricard and Mugello, CSX2532 has inevitably been the car to beat.

Following the passing of Bruce Stevens in 2013, CSX2532 has been in the continued care of Moto Historics. Most recently, the gearbox and differential have been rebuilt and remain at zero miles, while the engine has just 2 hours running time on it. CSX2532 is accompanied by 2015 FIA HTPs valid until 2025, copies of previous titles from Tennessee and Georgia, correspondence and notes by Gordon Stennes, a selection of photographs from his time with the car, and a current UK V5C road registration.

The components removed in 2006 remain with CSX2532, including the original engine numbered 00002, and also benefits from a useful running spares selection.

With a proven and highly decorated track record throughout Europe in the current ownership, CSX2532 is an interesting Shelby Cobra which remains on its original chassis and, very rarely for any Cobra, still has the original Shelby numbered and fitted engine alongside it. Grids of Pre ’66 GT cars continue to go from strength to strength, with Cobras representing one of the most effective entries to challenge for overall victory.

Whether it be Goodwood, Masters Gentleman Drivers’, the GT and Sports Car Cup, Peter Auto’s Sixties Endurance, the Spa Six Hours, or even road rally events such as the Tour Auto and Modena Cento Ore, you will be hard pressed to find a more able car than CSX2532.