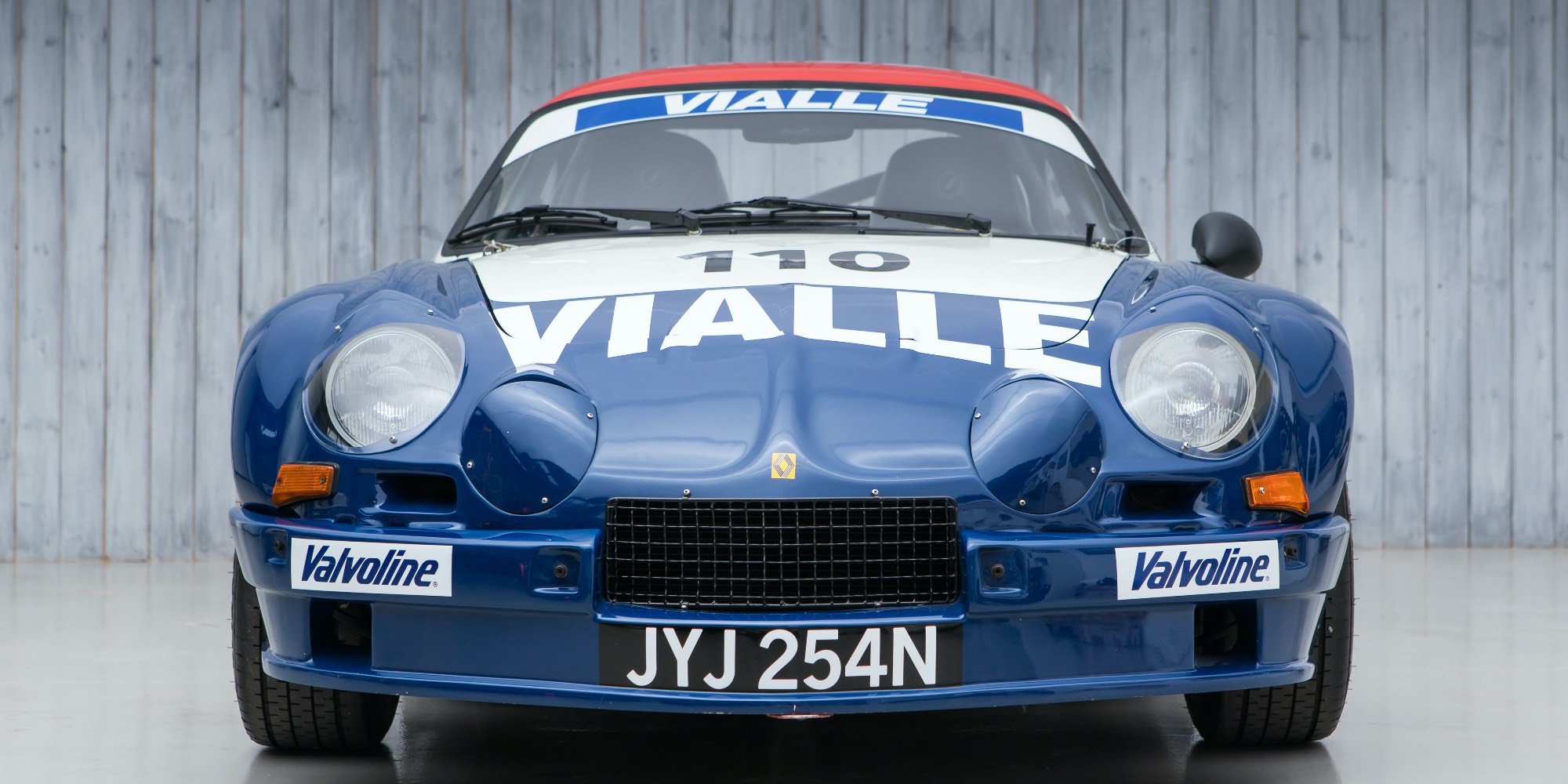 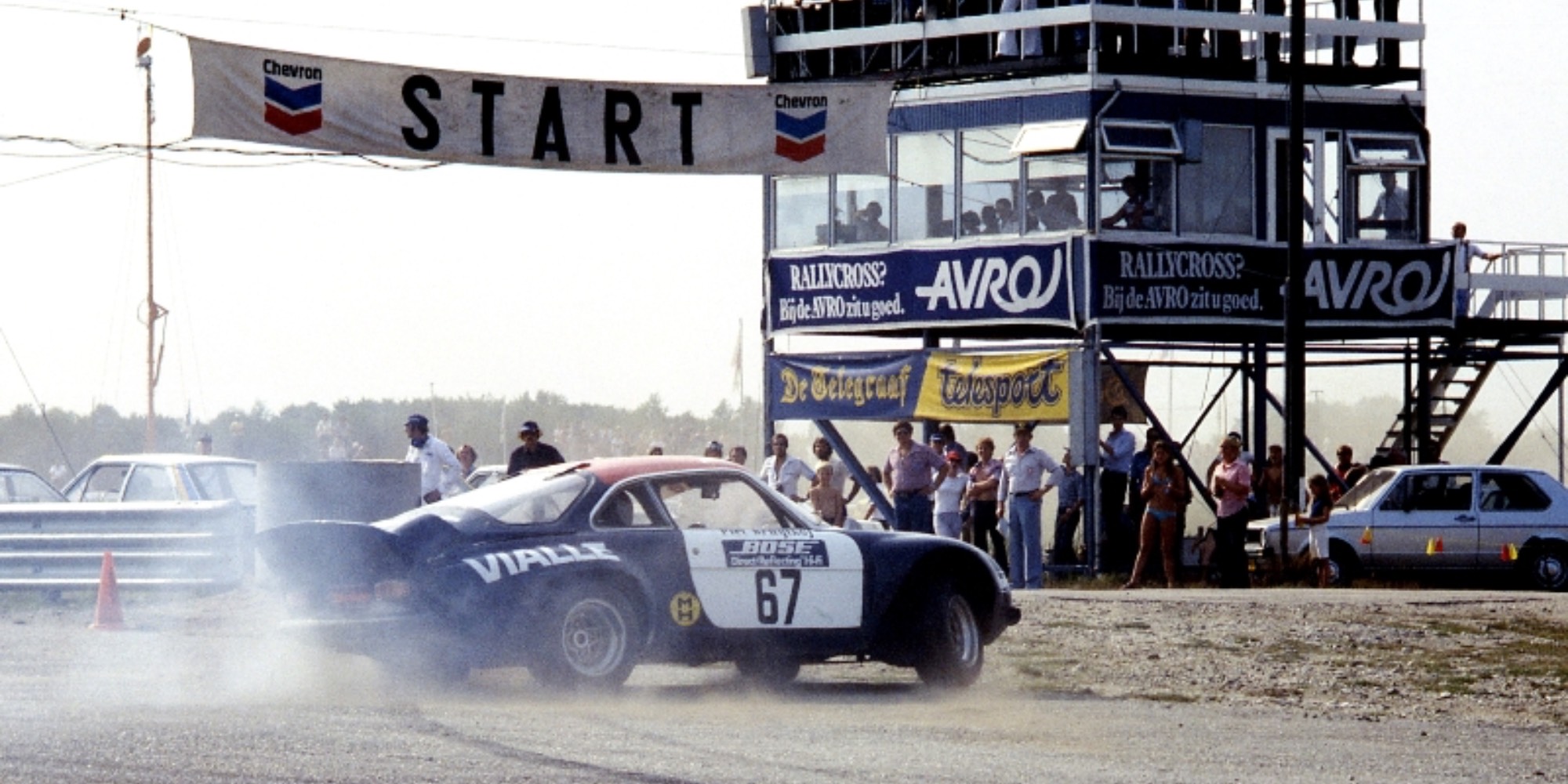 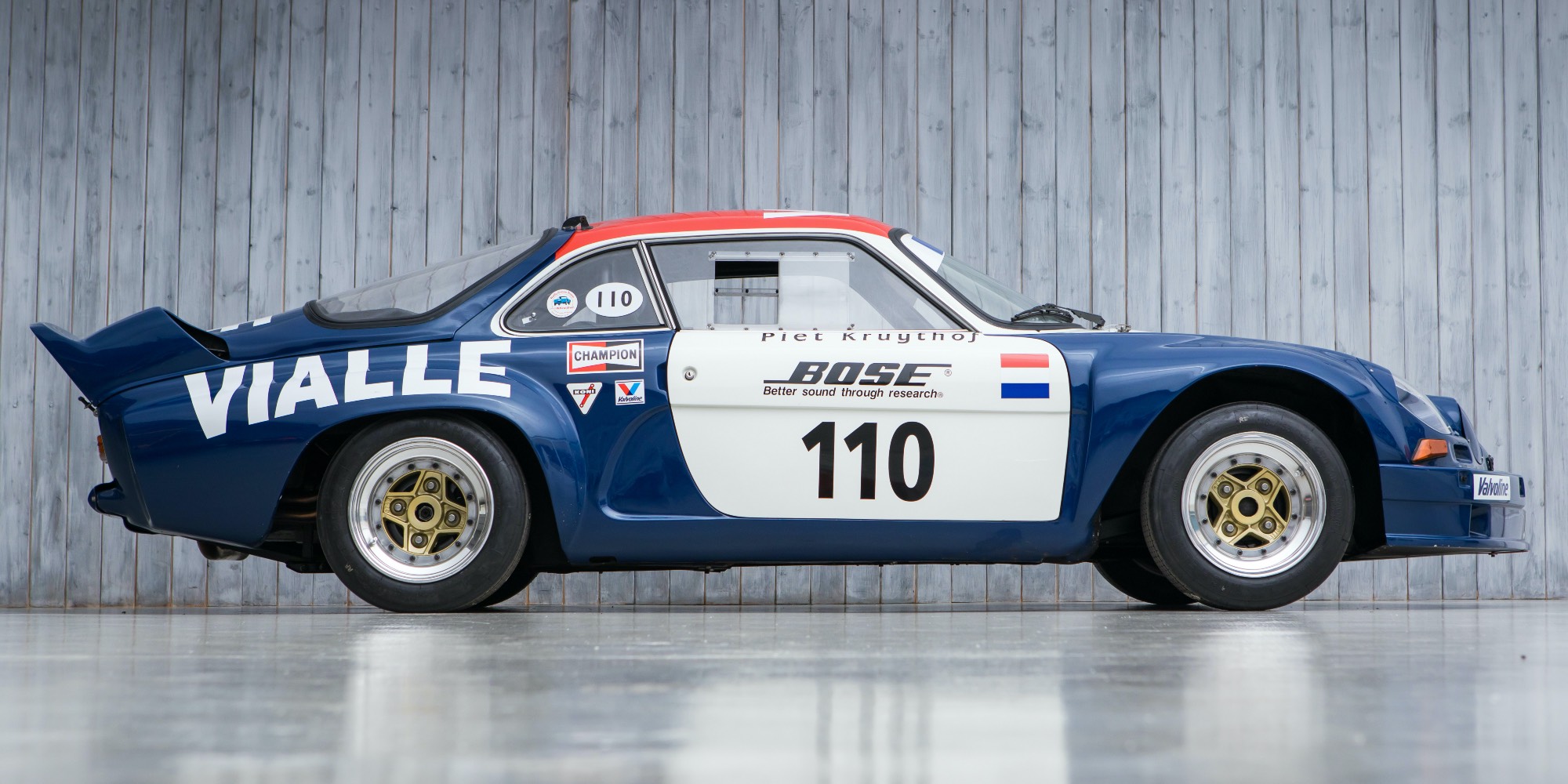 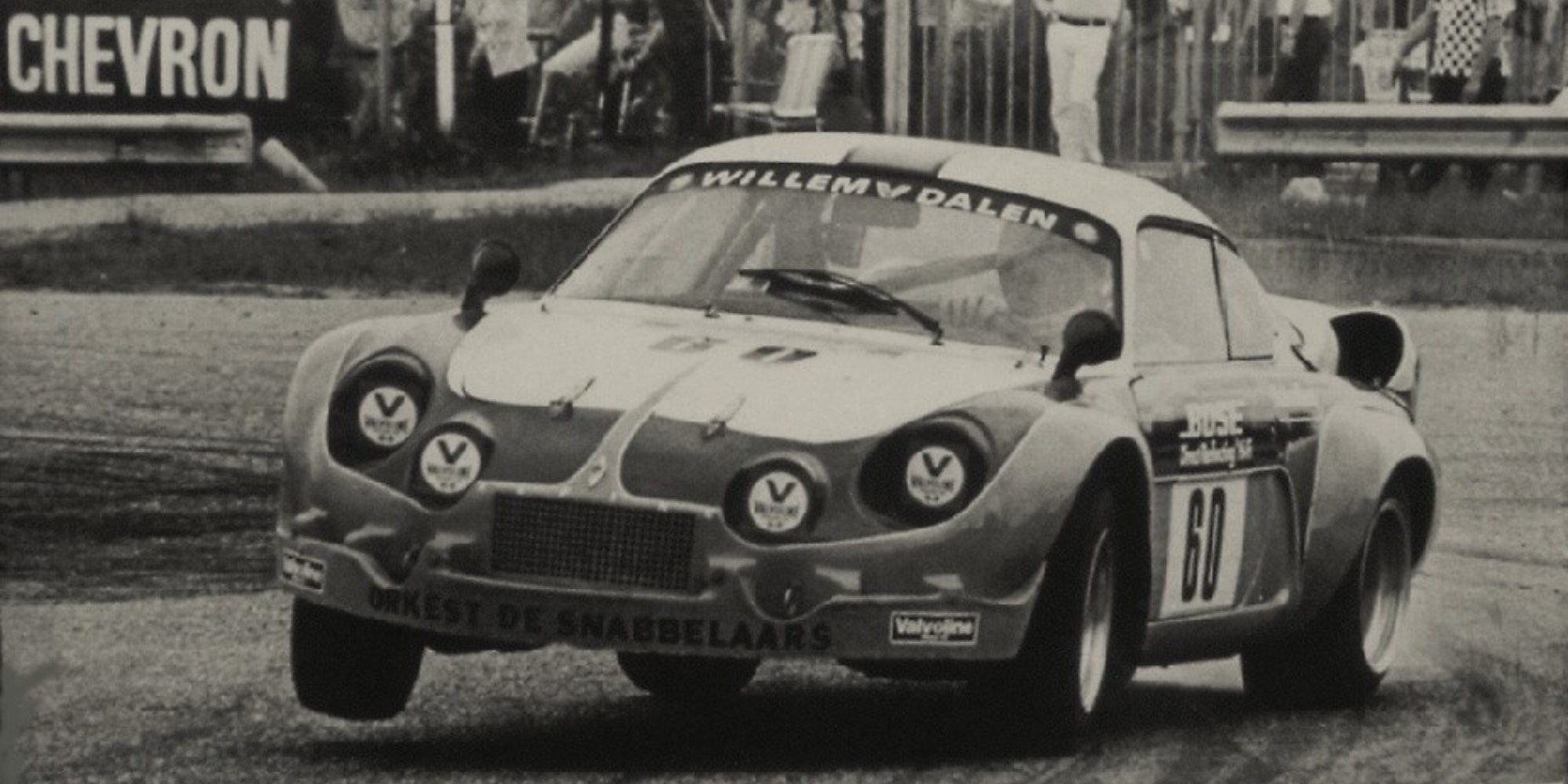 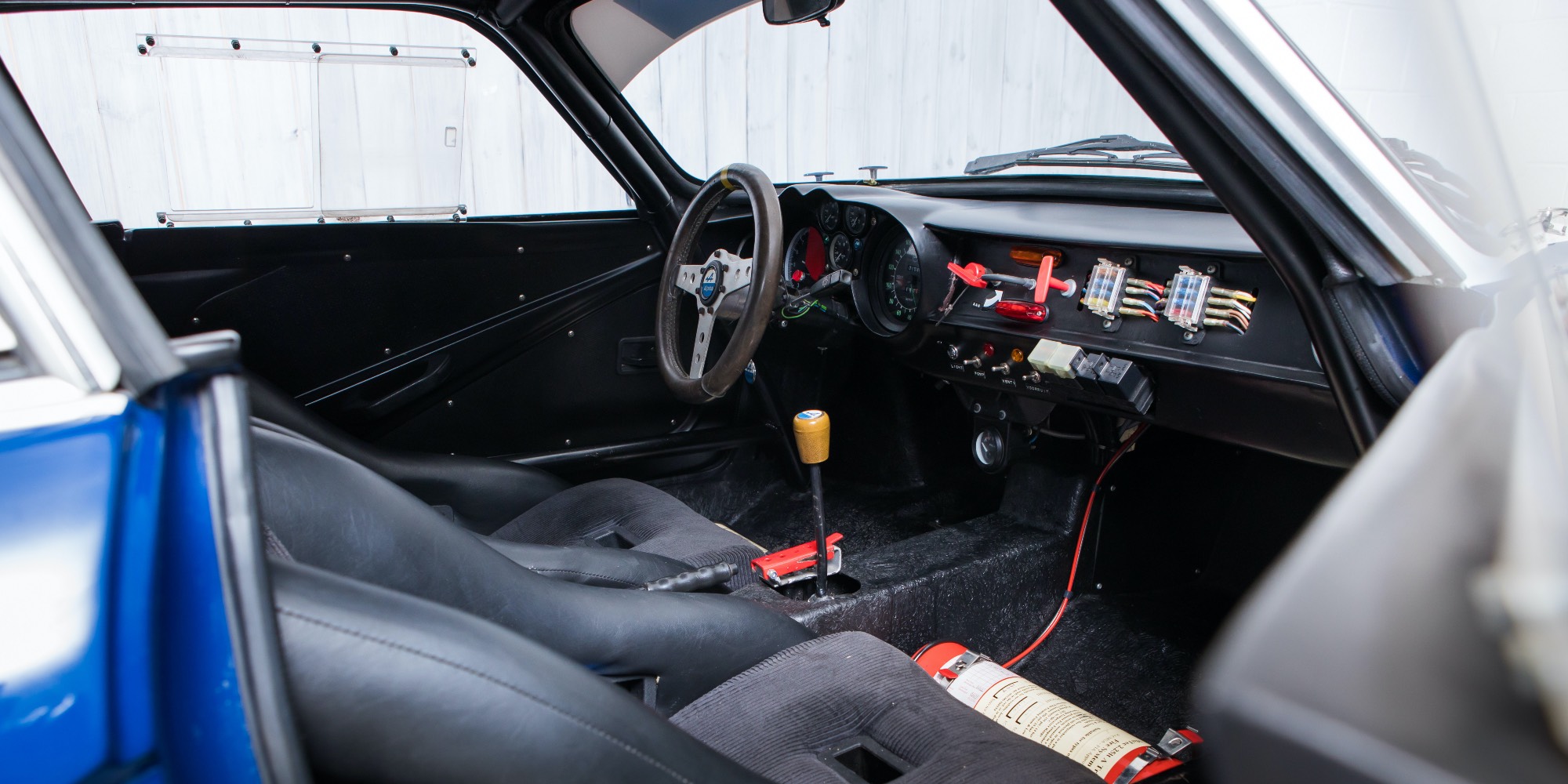 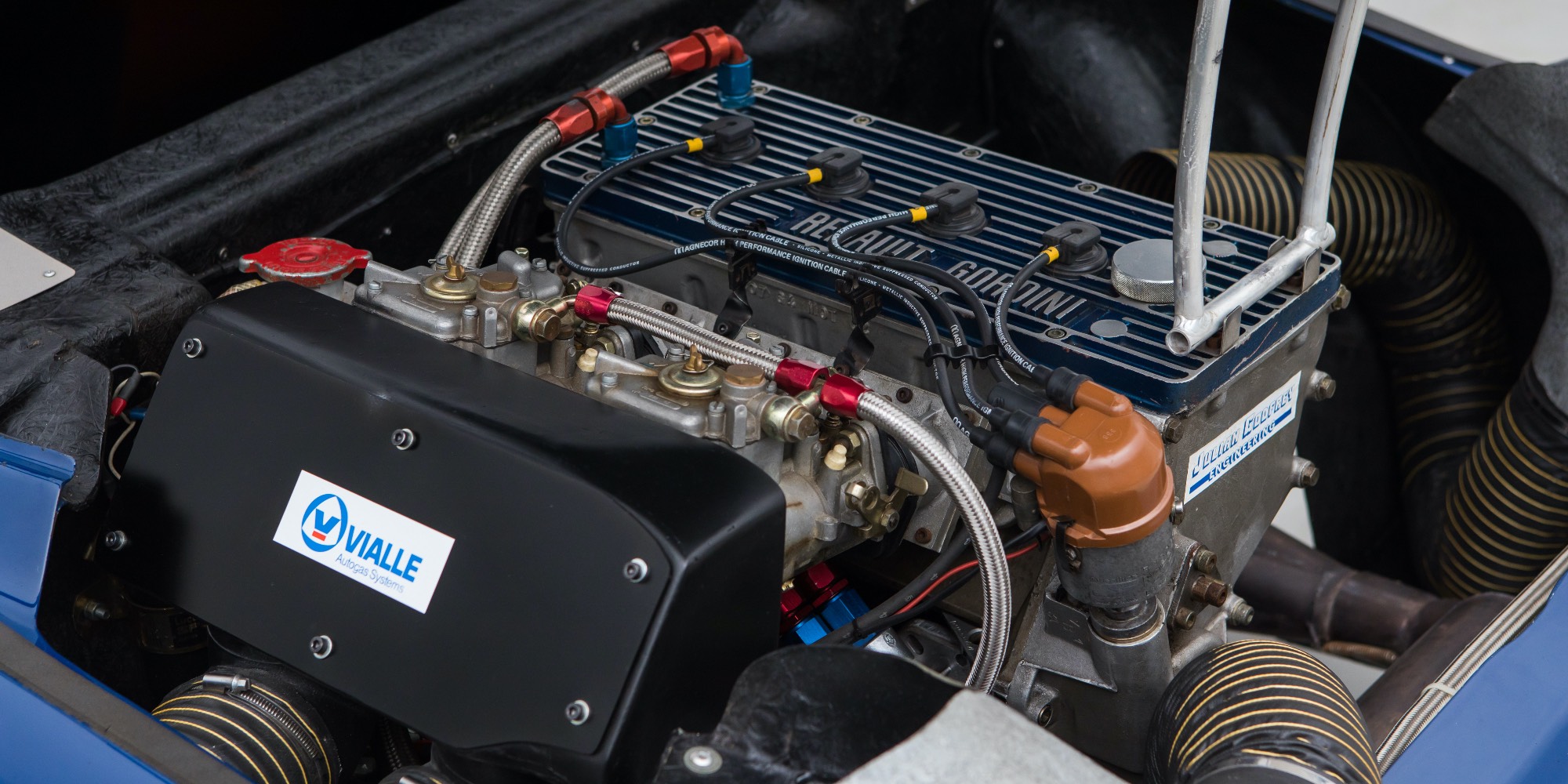 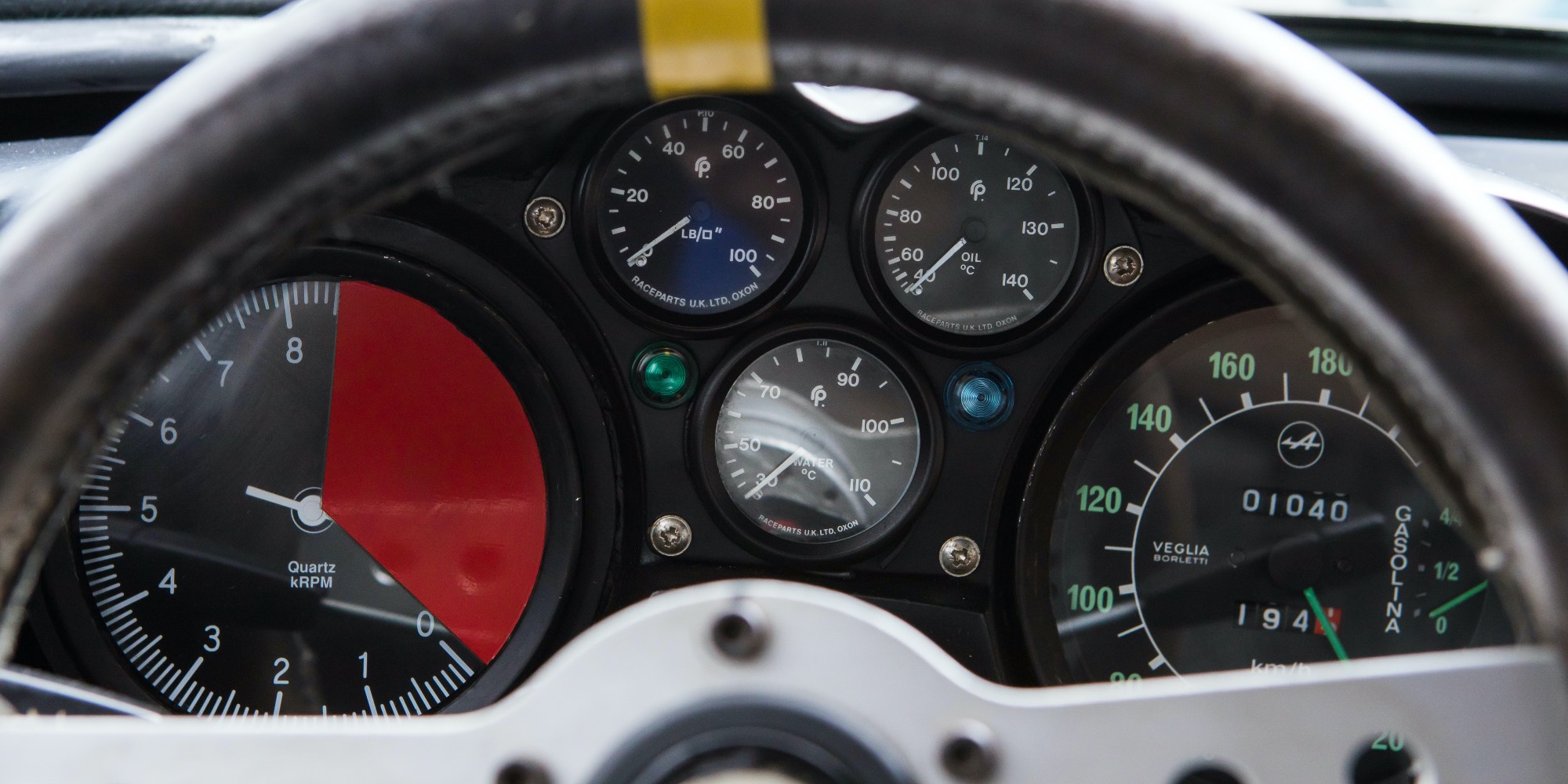 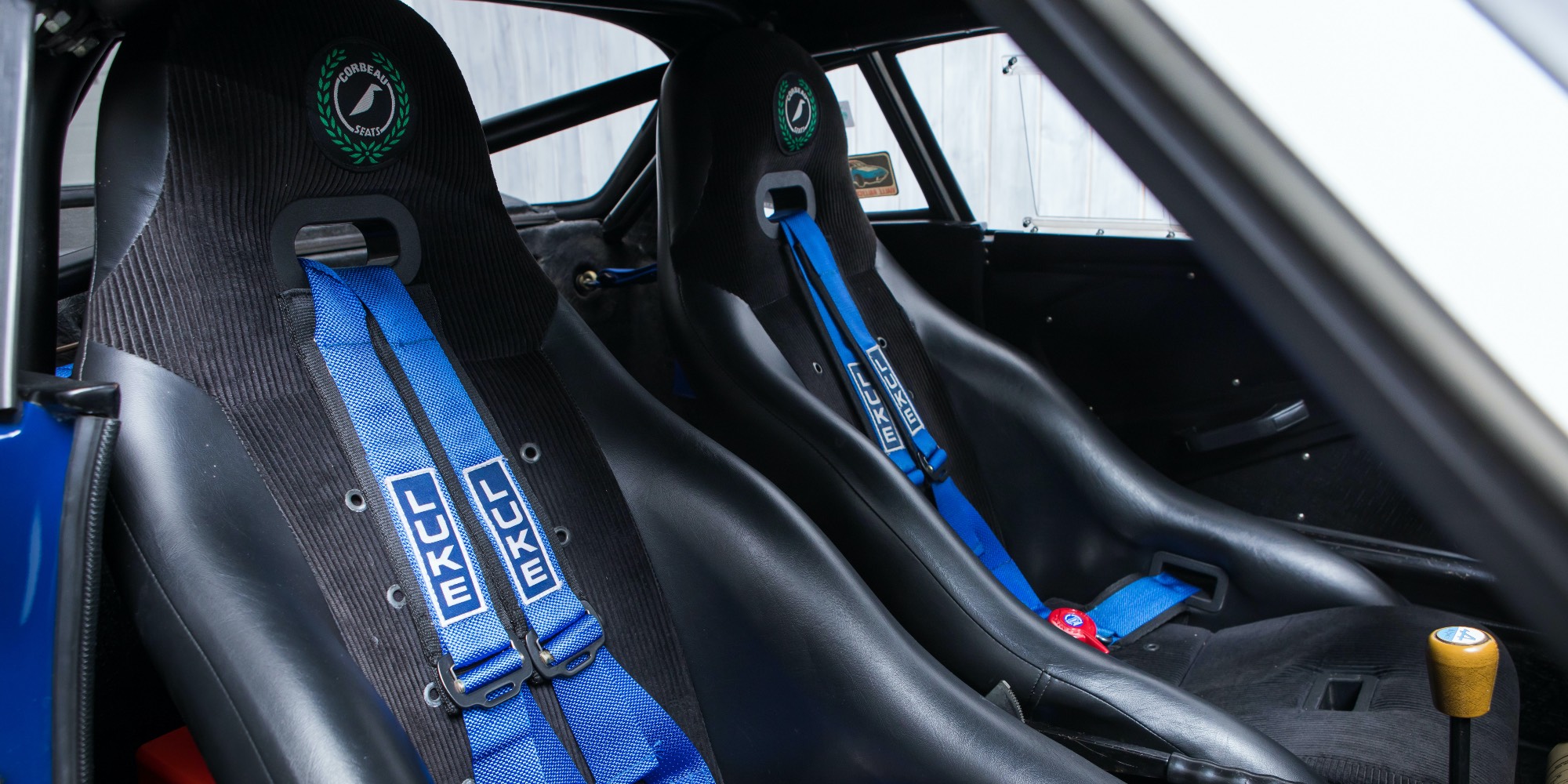 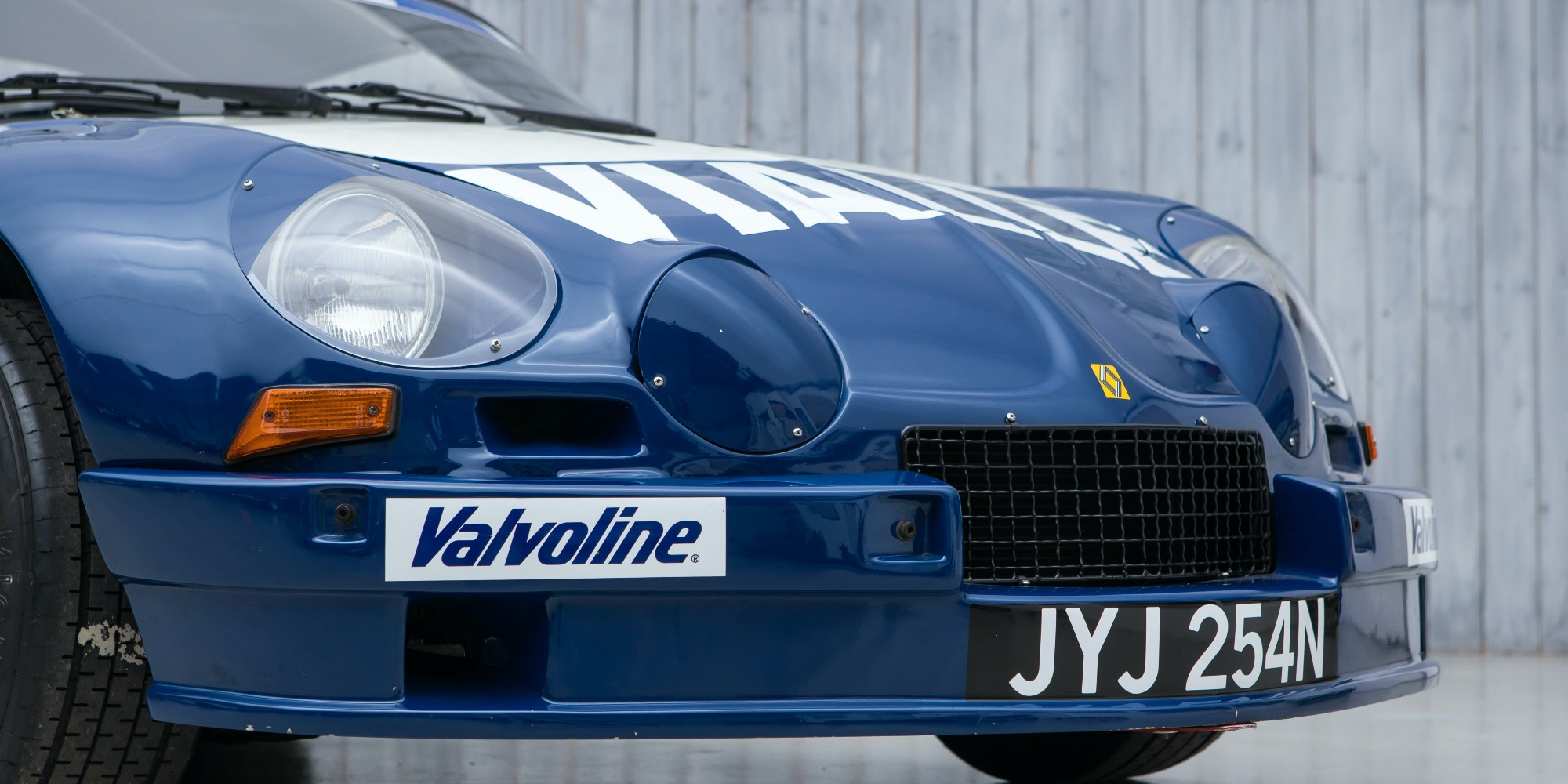 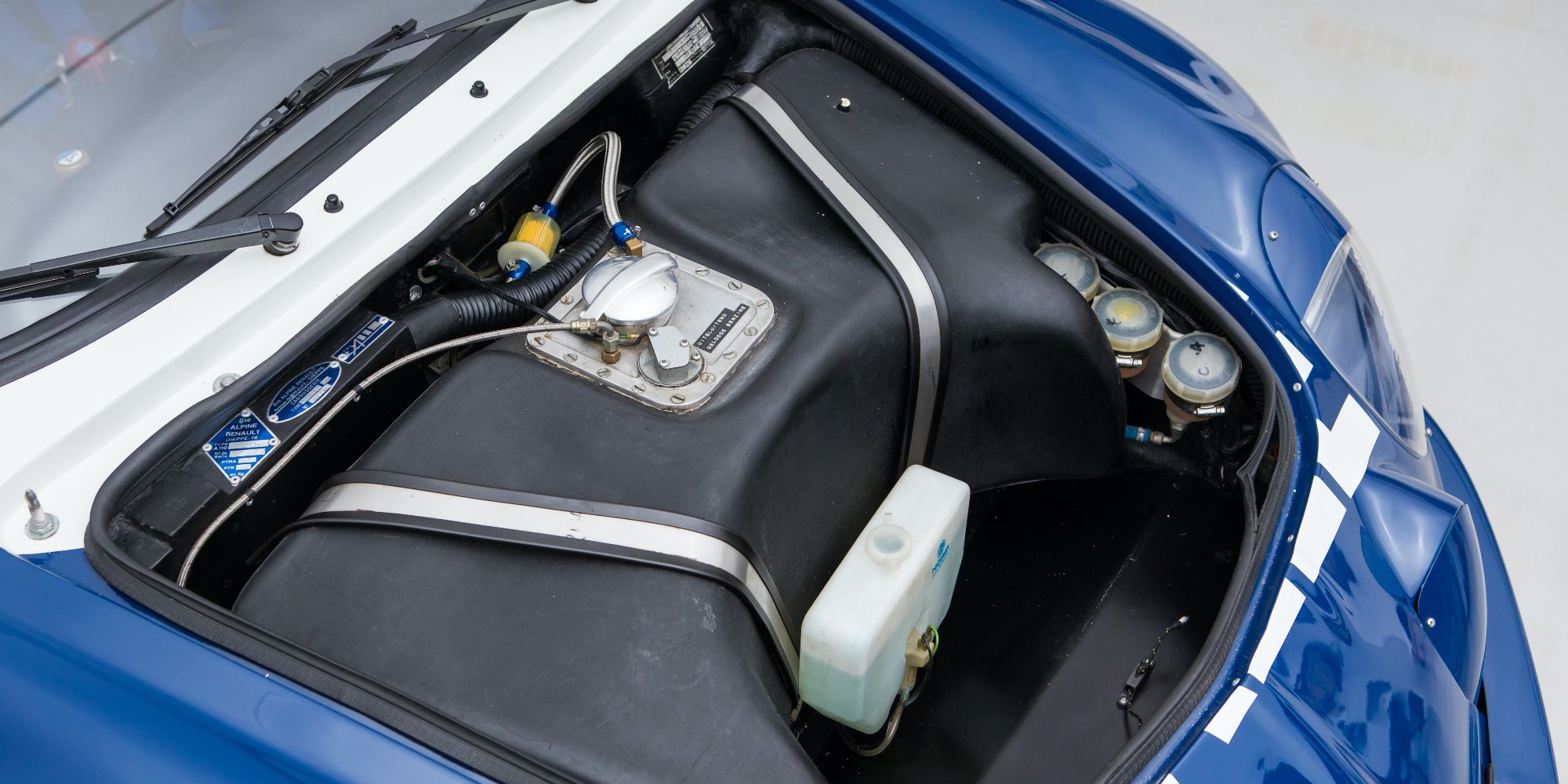 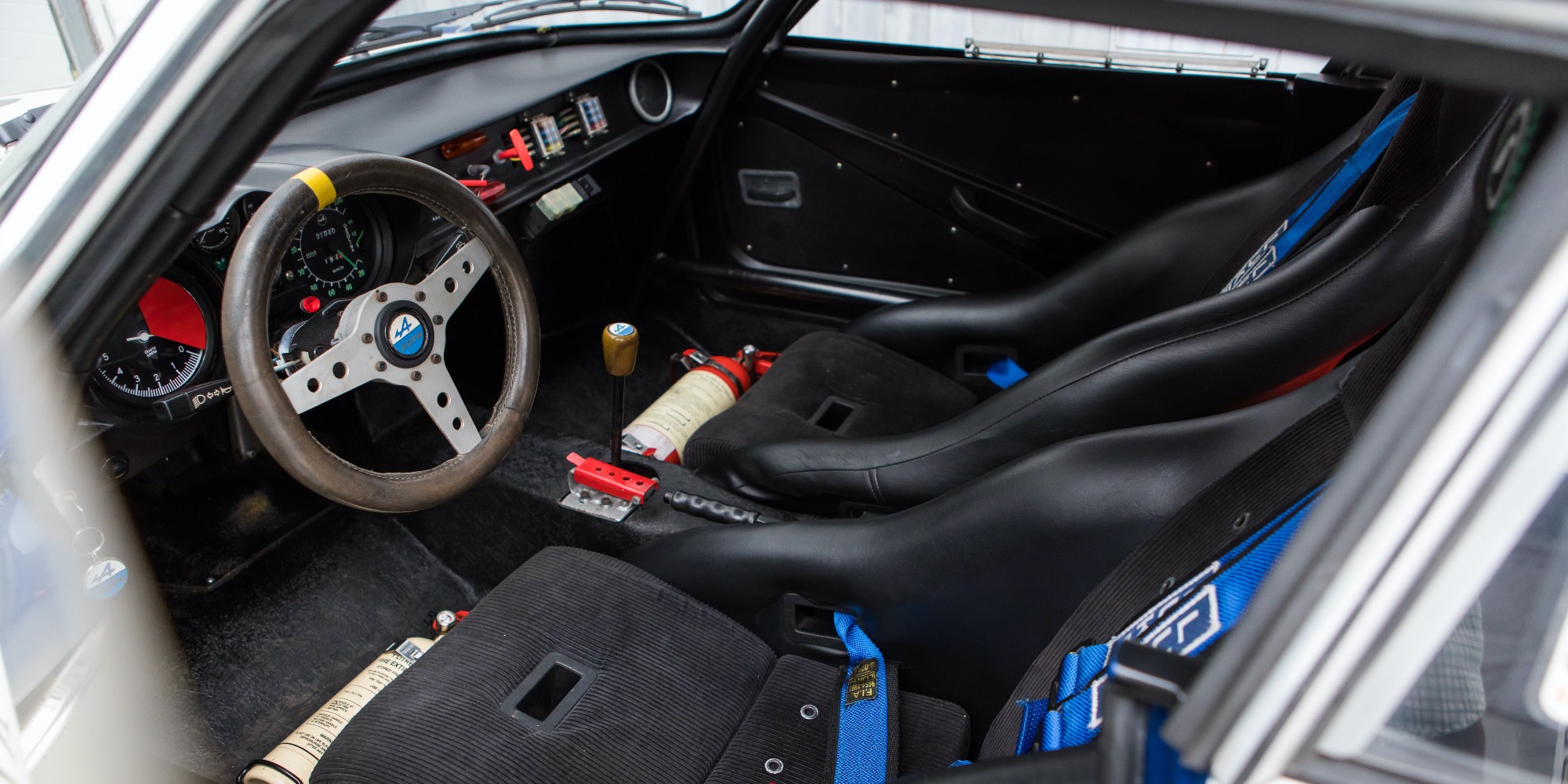 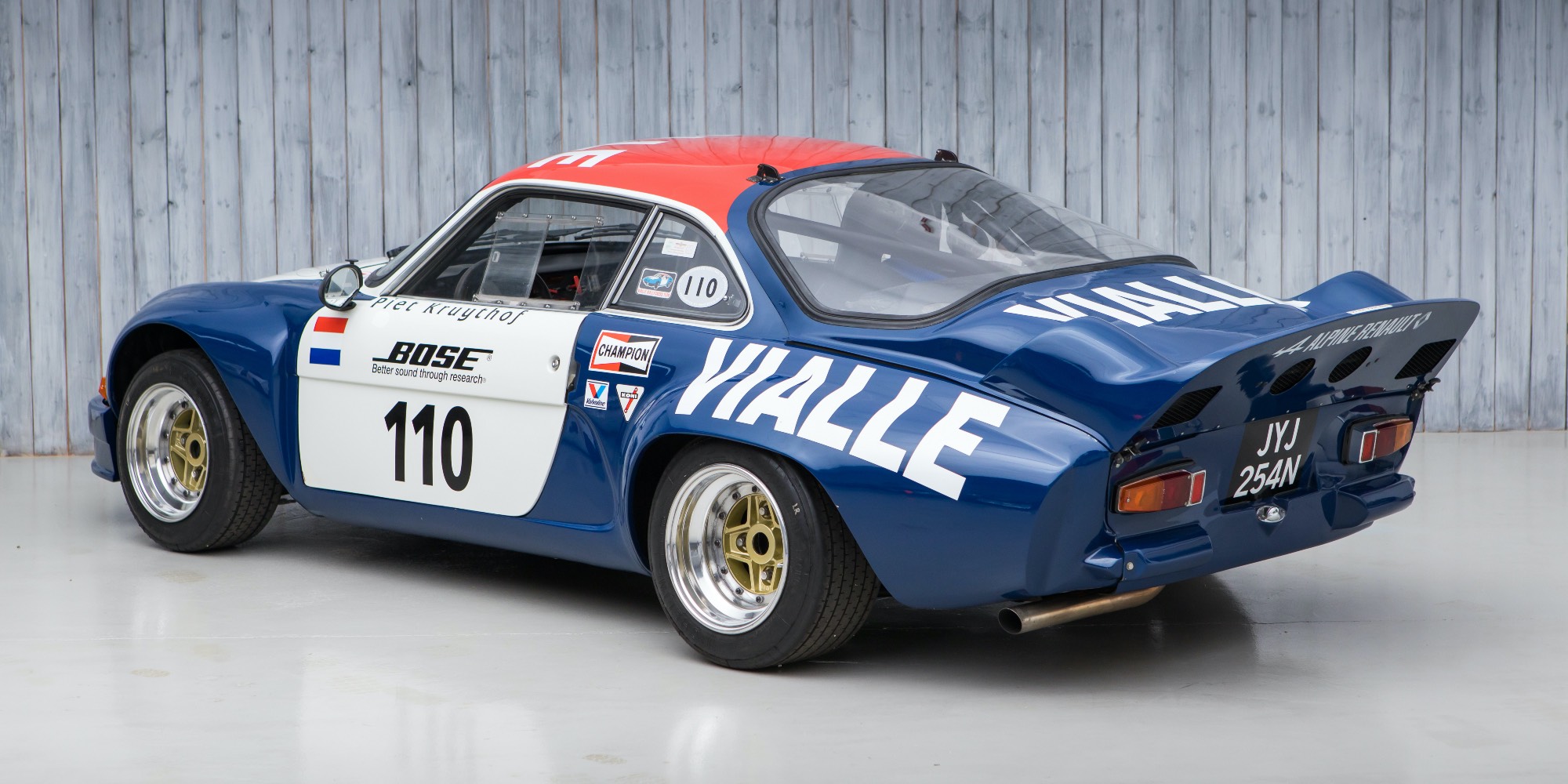 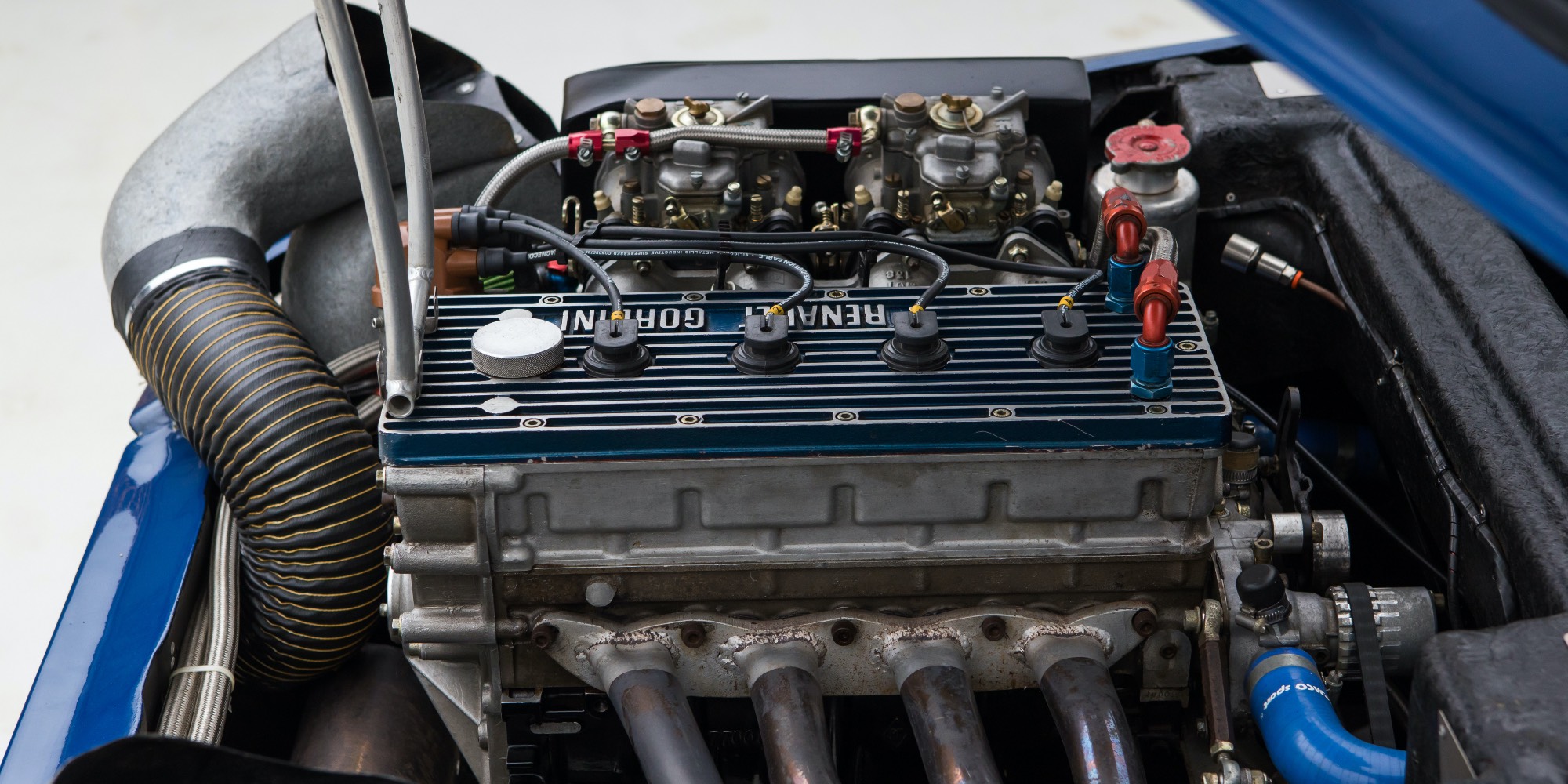 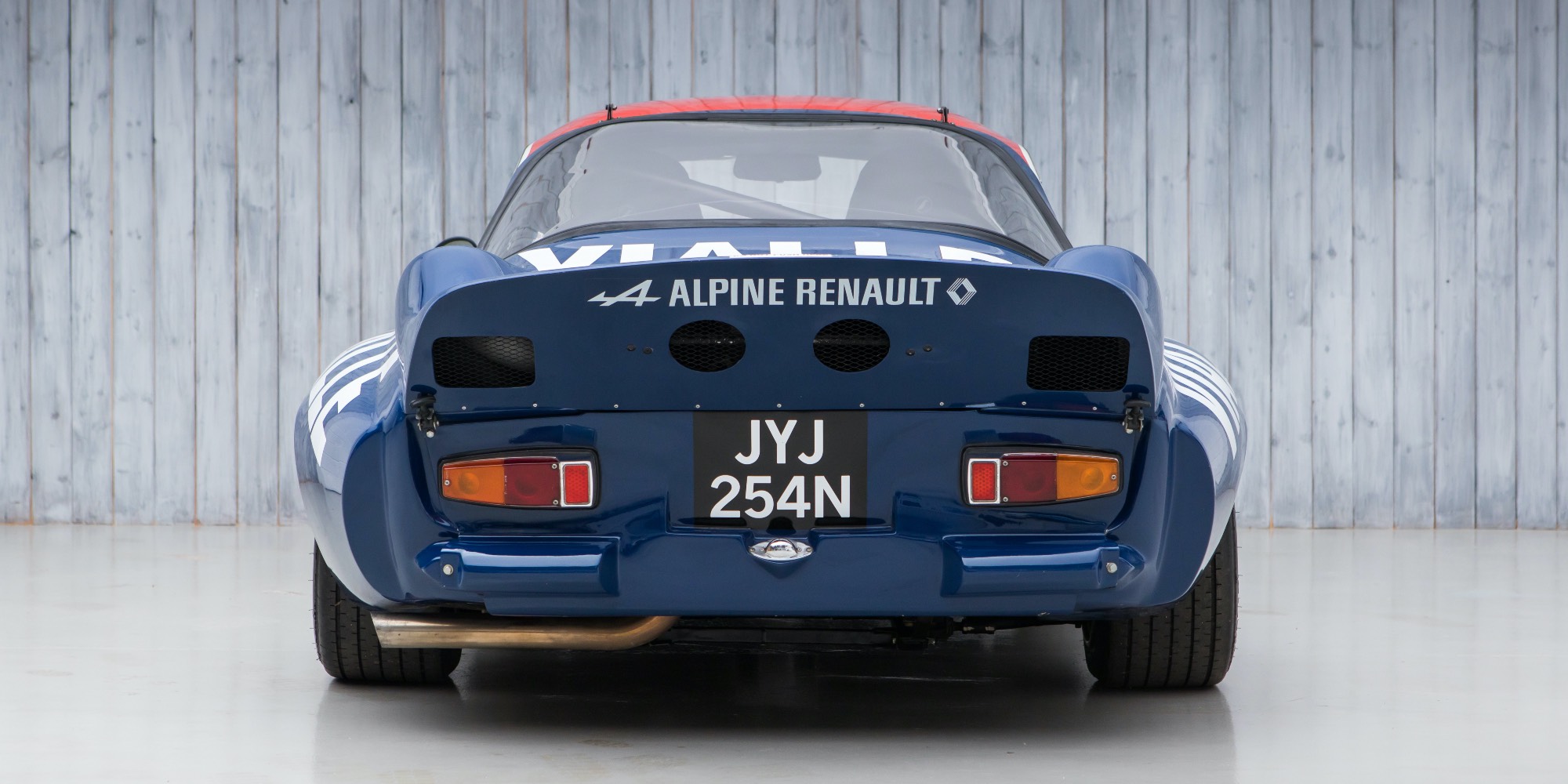 Alpine is a name that evokes great emotion and passion amongst the followers of motorsport and automotive design. Société des Automobiles Alpine SAS, or Alpine as it was more commonly known, was set up in Dieppe in 1955 by Jean Rédélé and his father-in-law, Charles Escoffier. Born from a love of motorsport, as all great motor manufacturers should be, Alpine and their innovative designs went on to firmly stamp their mark on both the rally and the racing world from the late 1950s through to the early 1970s. A period of time that saw some of the most significant development in automotive design, heroes made and the creation of some of the most beautiful competition cars ever produced. And now, the Alpine name is set to make its Formula 1 debut in 2021.

Jean Rédélé’s inevitable passion for motorsport and his longstanding link with Renault were handed down from his father Émile. Émile Rédélé had set up the first Dieppe Renault dealership and garage in the 1920s. Prior to that he had worked for Louis Renault, working on and testing the 1906 Ferenc Szisz race car.

Jean was the eldest of three brothers and spent most of his time playing in his father’s garage. He went on to study civil  and commercial law, business organisation, accounting, finance, English and Spanish. In 1946 alongside his studies he completed a training period at Renault. Renault were so impressed by his end of training report that they suggested he took over his fathers Dieppe Renault agency. At 24 years old, it made him the youngest agent in France.

It was not long before Jean made the step into motorsport in 1950, with the new Renault 4CV. Reasoning that “racing is the best way to test production cars and victory is the best sales tool”, his first event was the 1950 Monte Carlo Rally. Not deterred by just slipping outside the time limit he entered and won the Rally Dieppe on the 24th of July 1950.  From here there was no turning back. He won his class in the 1952 Mille Miglia, which led to a works Renault drive at Le Mans.

By this time Rédélé’s mind was already turning toward producing his own car, using the successful Renault 4CV chassis as a basis. He entrusted talented young Italian designer Giovani Michelotti and body maker Serafino Allemarno with making this a reality. In May 1953, Jean entered his new Rédélé Special in the Dieppe Rally and won outright.

In 1955, Jean set up Société des Automobiles Alpine SAS, which was reputedly named Alpine after all of the good times he had rallying in the Alps. The cars were built using the relatively new technology of fibreglass for the body work and mainly Renault running gear. They quickly developed from the A106 through the A108 onto the legendary A110 in 1961.

Using a lightweight backbone chassis paired with a fibreglass one piece body shell, the A110 was powered by Renault’s four cylinder engine, in sizes which varied from 1100cc in the initial model to 1600cc in the late ‘60s. Suspension was by double wishbone design at the front, while a swing axle rear end was used. The culmination of the construction was a low total weight of just over 600kg.

The A110 was an instant success, both as a road car and competition car, with the latter side of the company starting as an outlet for rally cars, but evolving to run endurance racing prototypes, hillclimb cars, ice racers, rallycross cars and eventually even single-seaters. As the ‘70s progressed, the A110 was still a popular choice for competitors in Group 4 rallying, with works and customer cars being campaigned with success across Europe.

An evolution in design came with what was known as the A110 Bis, which utilised the double wishbone rear suspension of the A310, supported by a tubular sub-structure. This improved model was only ever made in low numbers and for  rallying purposes, with four works cars constructed and around ten customer cars built. These A110 Bis examples mainly used the 1800cc version of Renualt’s two valve 844 engine.

The ultimate development of the A110 model came with Renault’s own development for Group 5 rallying. With the 1975 Tour de France as the intended target, the Renault Sport department at Dieppe built a highly developed A110 Bis to be driven by Bruno Saby. Rather than employing a version of the 844 engine, the Formula 1 Renault-Gordini engine department at Viry-Chatillon created an all aluminium, twin over-head cam, four valve per cylinder, dry sump 1800cc engine, the 807-G-4.

Originally supplied new to Belgium in November 1974, 20377 was built in road form with the 1600cc Type 844 engine. In 1976, 20377 had ended up with Belgian Alpine preparer Benny Raeppers, and was bought from him by Dutch Renault Dealer Jos Fassbender. Fassbender was putting together a team of Alpines for the Dutch and European Rallycross Championships, with backing from Dutch businessman Sjef Vialle.

The team’s engineer, Thom Meijlink, had seen the factory Group 5 A110 B, and wanted to prepare a car to an identical specification. Meijlink travelled to Paris to pitch the idea to boss of Renault Sport, Patrick Landon. Renault were keen for the team to use the newer A310 model, so Team Vialle Autogas fielded two A310s, while for its leading driver Piet Kruythof, 20377 was acquired.

Raeppers and Meijlink acquired the parts to rebuild 20377 to the Group 5 A110 B specification, including with the highly developed 1800cc 807-G-4 engine. The fibreglass bodywork was adapted by Theo Van Bree, and the engine installation was handled by Frans Van Doremalen. 20377 was completed in the colours of Vialle, along with the two A310s, and the cars were ready for the 1977 season.

The pairing of 20377 and Piet Kruythof proved very effective, with victory being taken at the Dutch round of the European Rallycross Championship, being the youngest driver to do so and in front of his home crowd. In Belgium he took 4th overall and 5th in Germany, which culminated in 7th overall in the European Championship.

For 1978, Kruythof continued with 20377 for Team Vialle Autogas, taking the win overall in Germany, with 3rd in the UK, 5th in Belgium and 9th in France. Kruythof’s impressive results earned him 4th in the 1978 European Championship. Alongside the headline European events, Kruythof and 20377 also won the 1978 Dutch Rallycross Championship.

At the conclusion of the ’78 season, the Vialle team was disbanded and 20377 was bought by André Albers, father of future Formula 1 driver Christian. Albers then sold 20377 to fellow Dutchman Willem van Dalen in 1980.

Van Dalen continued 20377’s rallycrossing ways, and himself took 7th in the European Rallycross Championship. In 1984, Van Dalen had an accident with 20377 where the car rolled, twisting the chassis and breaking the bodywork.

Having sat in storage with Van Dalen for three years, in 1987 the damaged 20377 was bought by Alpine collector John Wheeler. Wheeler set about fully repairing and restoring 20377 over a period of 14 years to take it back to its former Team Vialle Autogas heyday.

Chassis work was undertaken by Robert Dumant in France, and the rare Renault-Gordini 807-G-4 engine was rebuilt by Dave Wedge at DTM Power Ltd. Andrew Britten at BPA Engineering rebuilt the gearbox and its Hewland limited slip differential, while the whole project was overseen by Tim Duffee at Davrian Cars.

In 2001, the rebuild of 20377 was completed, and the car was road registered in England. Having been used sparingly over Wheeler’s 31 year ownership, 20377 did have an outing at the Goodwood Festival of Speed in 2017. It was also present and celebrated at the Lydden Hill 50th Anniversary of Rallycross.

20377 entered the current ownership in 2018, and has since been used on only a few occasions. While being a very responsive, rapidly accelerating and fast proposition, 20377 has also shown itself to be well mannered for a longer journey, as was demonstrated by an outing to Brands Hatch and back to Gloucestershire.

With it being to the same specification as the works Renault Group 5 A110 B, and as the only other A110 fitted with the 807-G-4 16-valve engine, 20377 is a special example of the legendary French model, from an evocative brand who has been brought back to the forefront with Renault renaming their F1 team Alpine. 20377 is currently going through the process of obtaining FIA HTPs, and has the potential to be a prominent challenger at some of the best road rally events in Europe such as the Tour Auto and Modena Cento Ore.