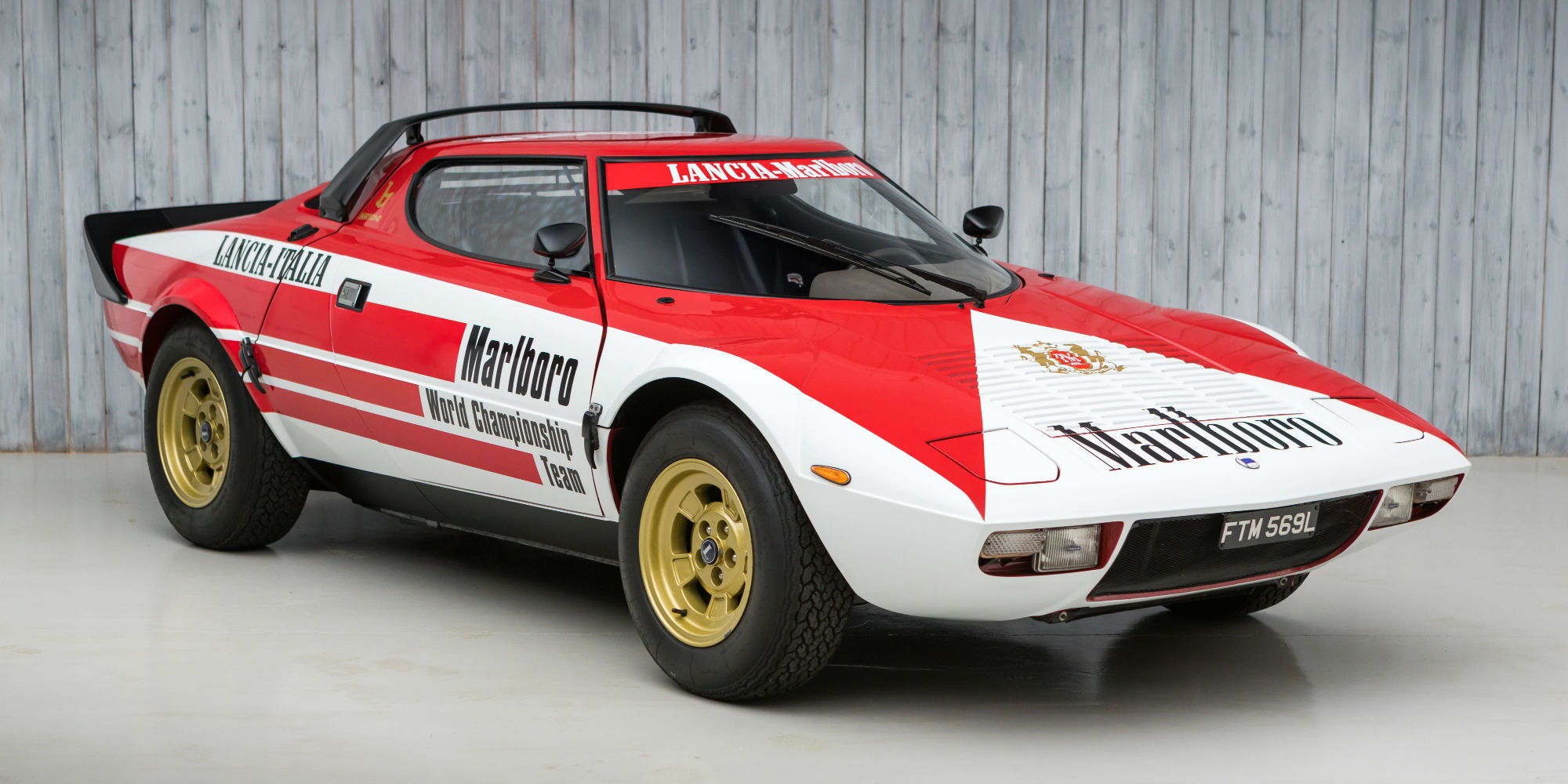 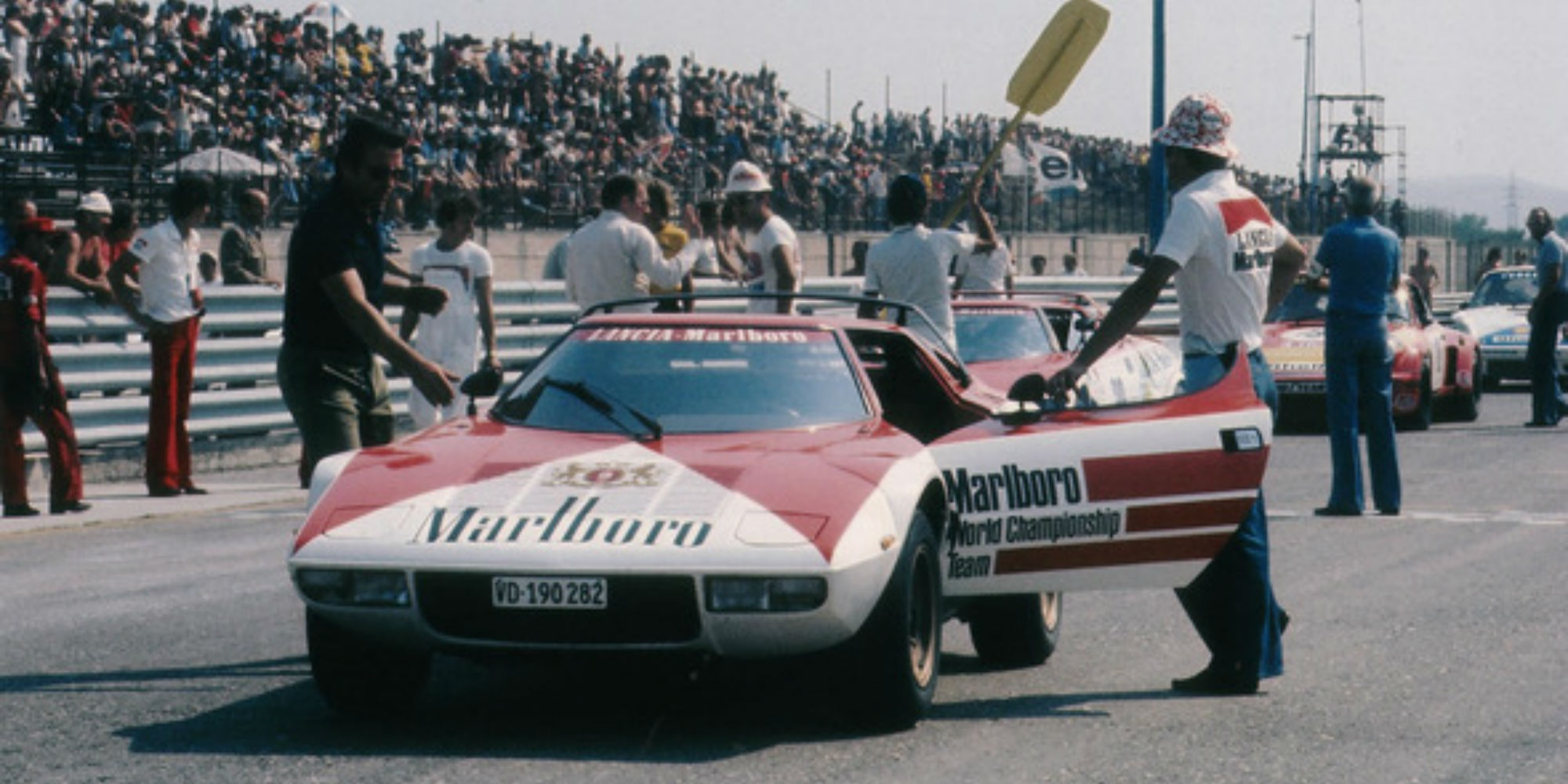 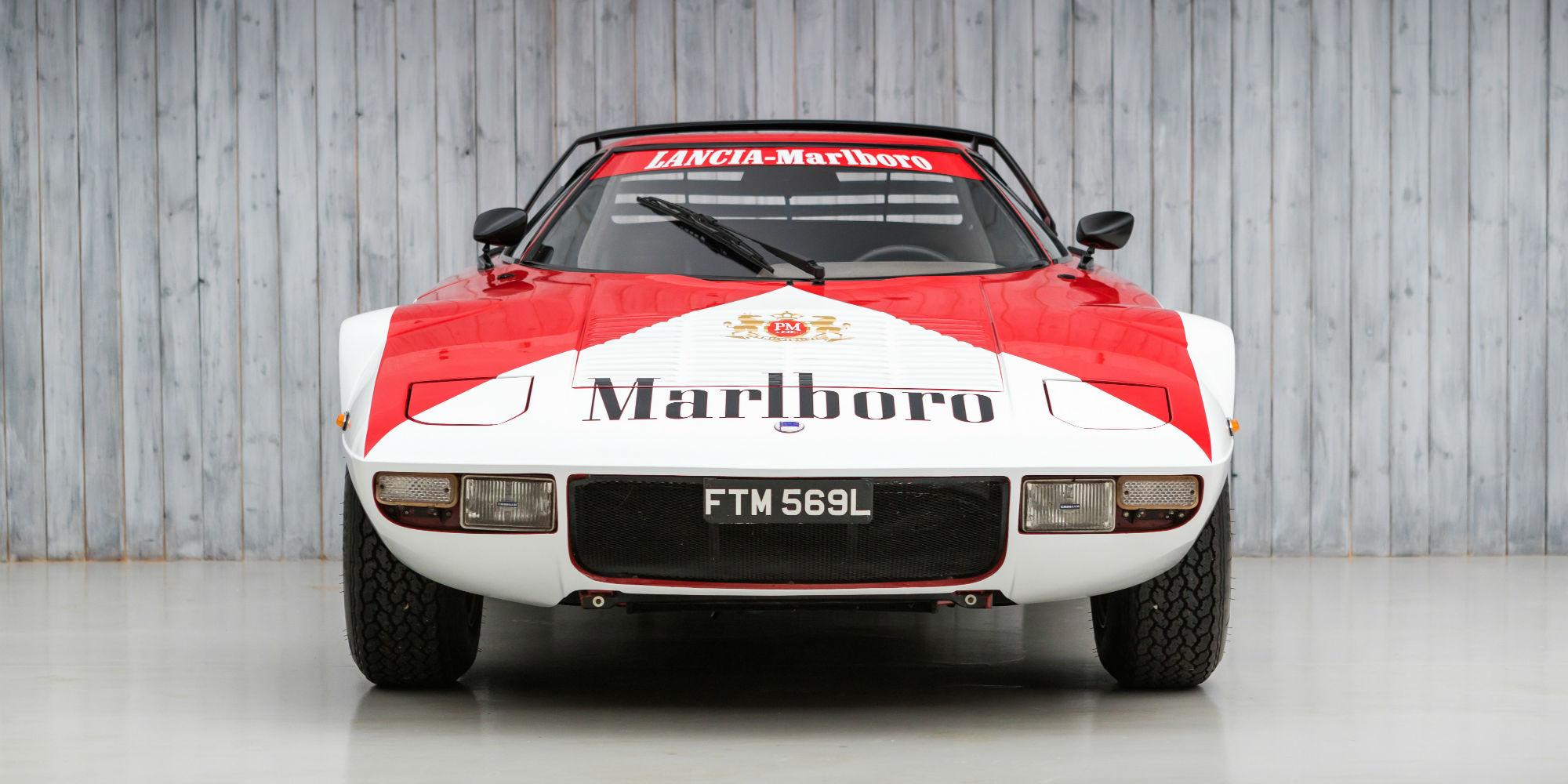 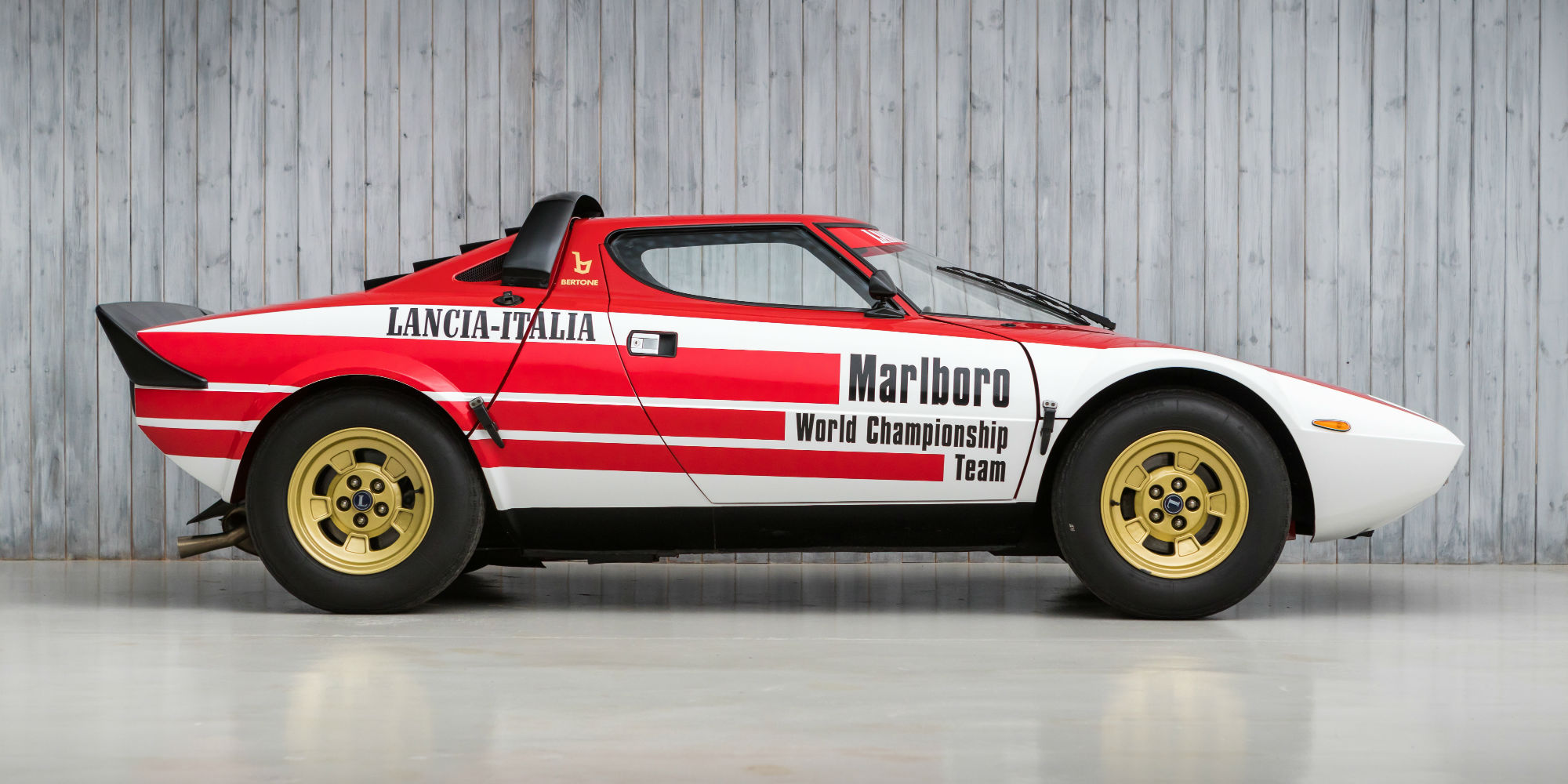 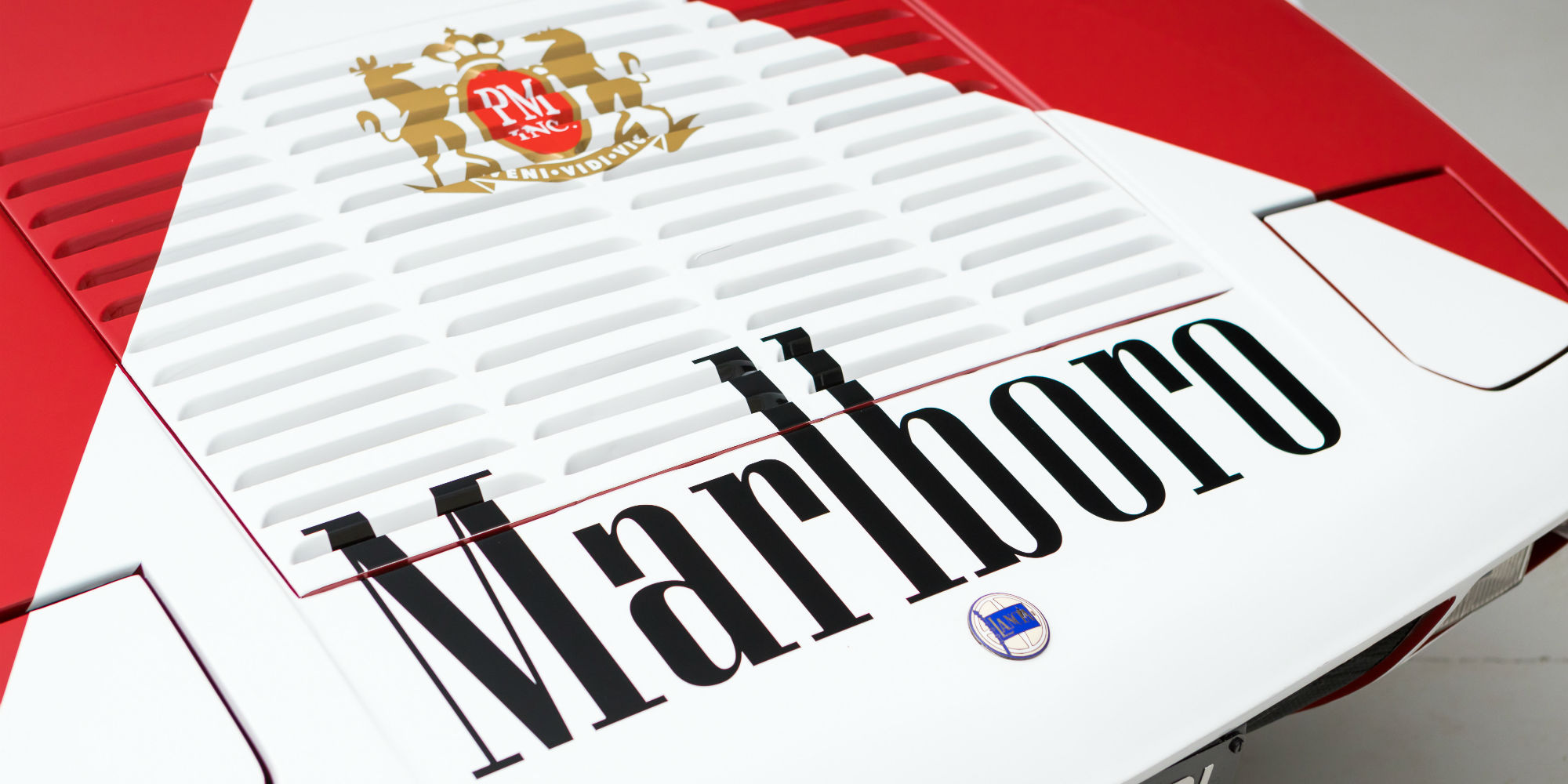 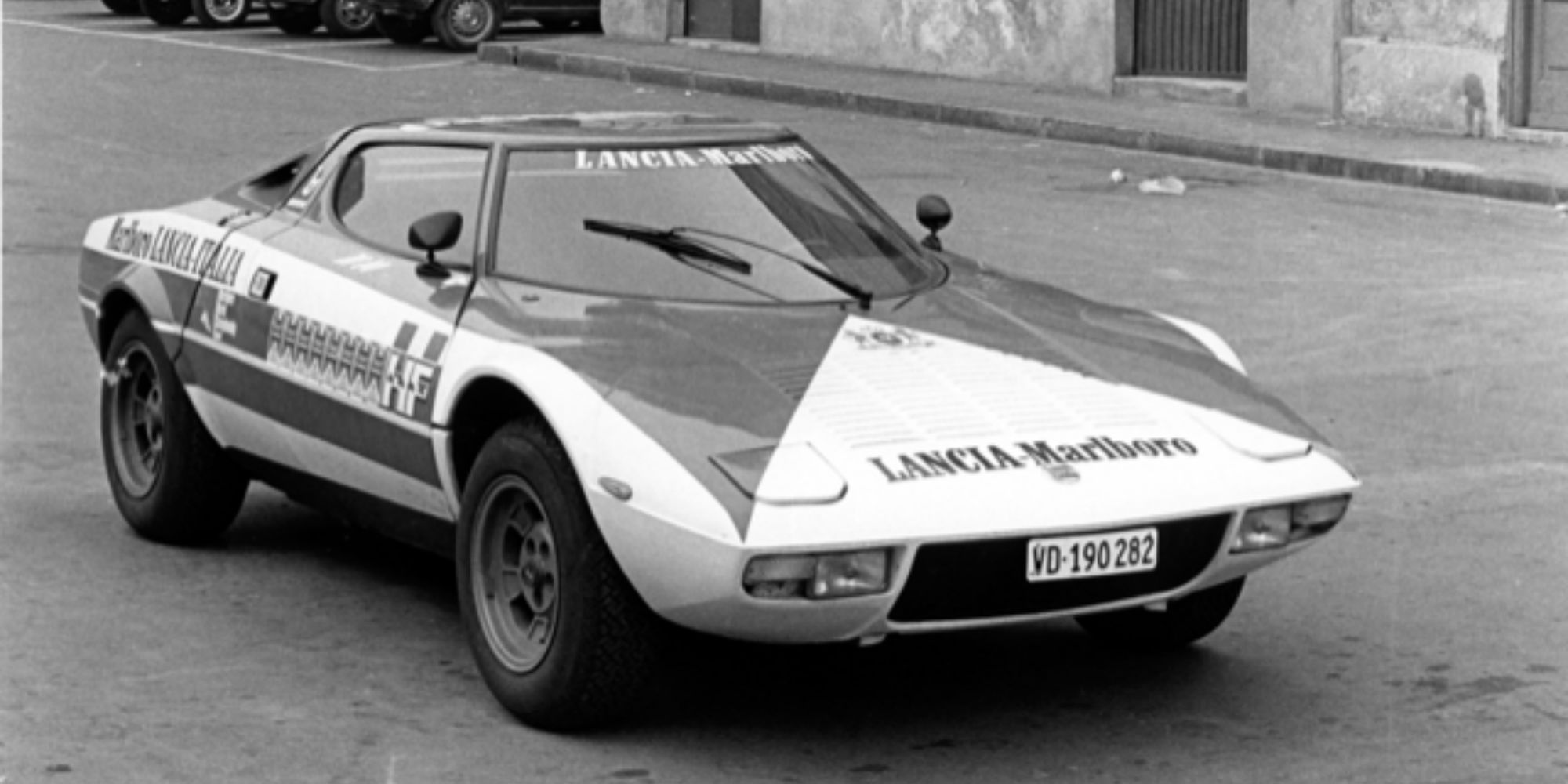 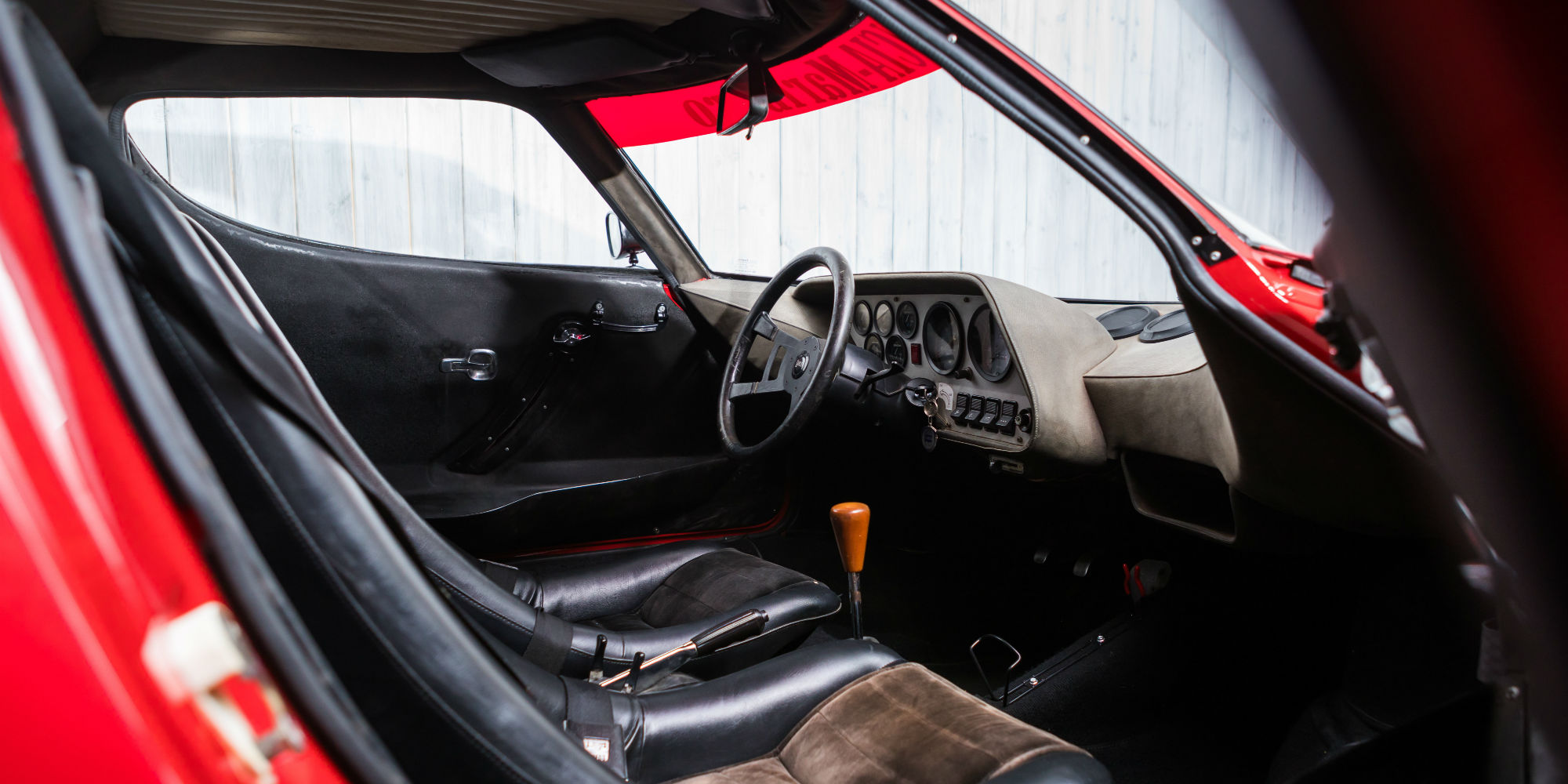 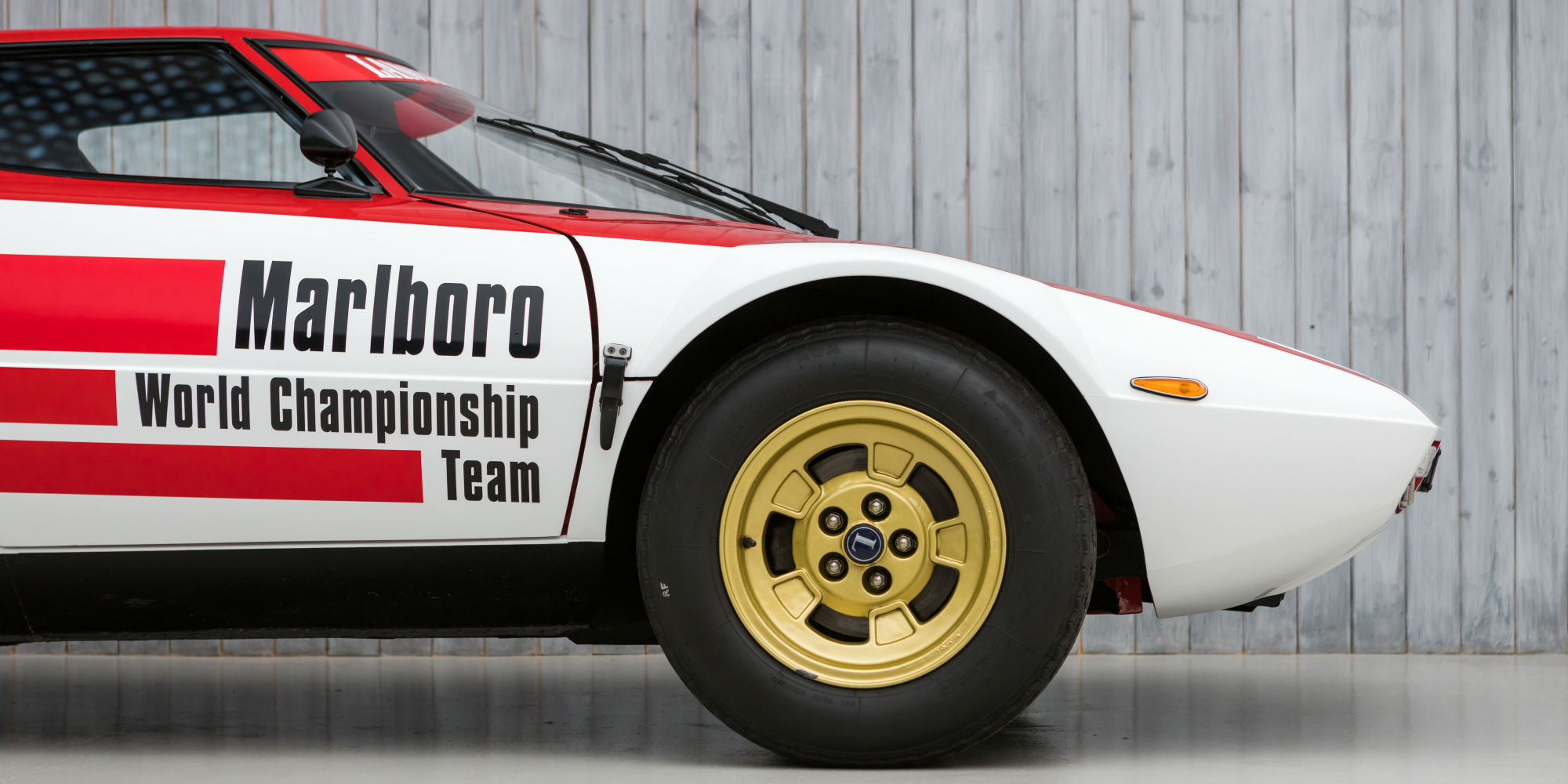 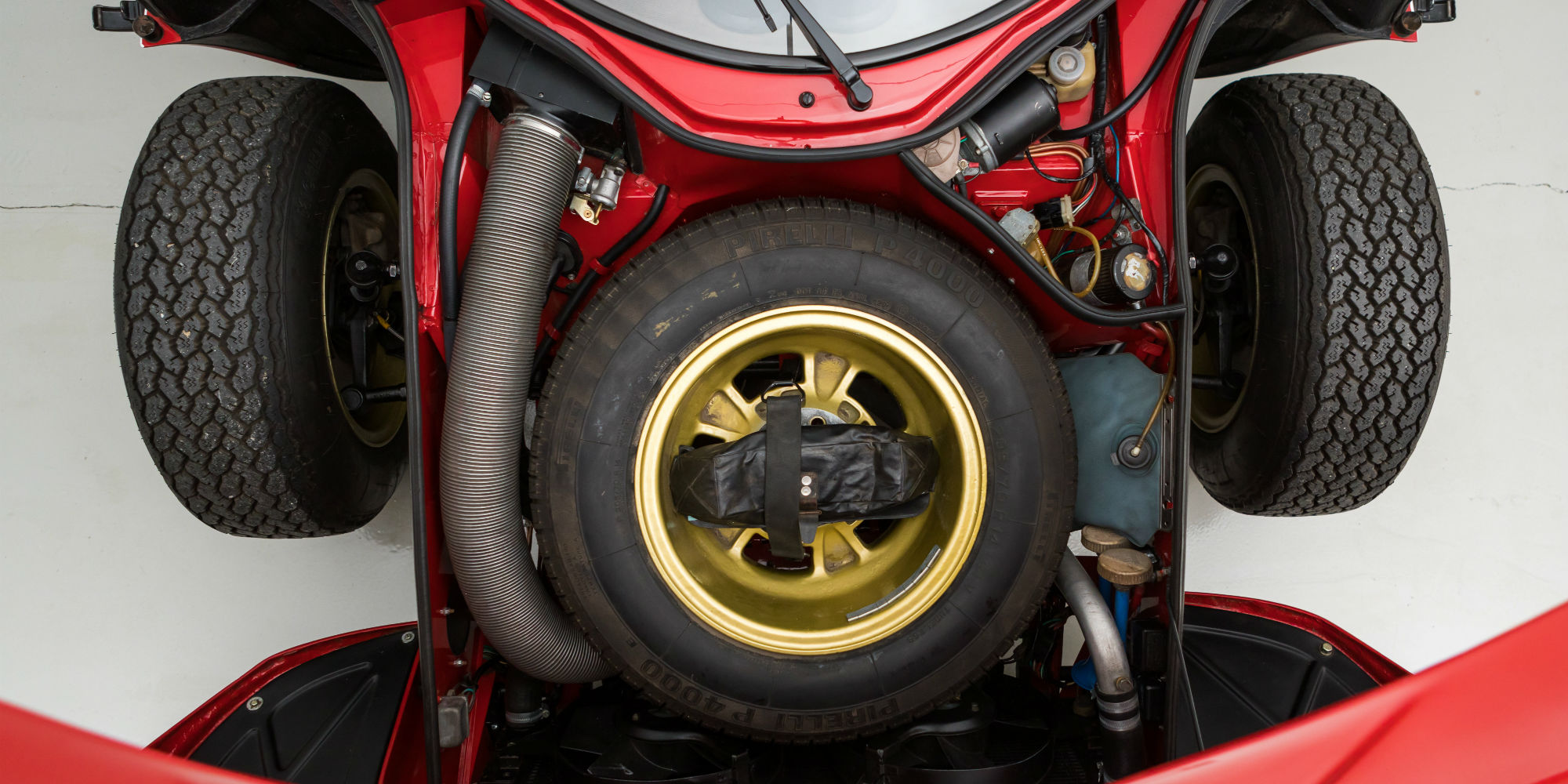 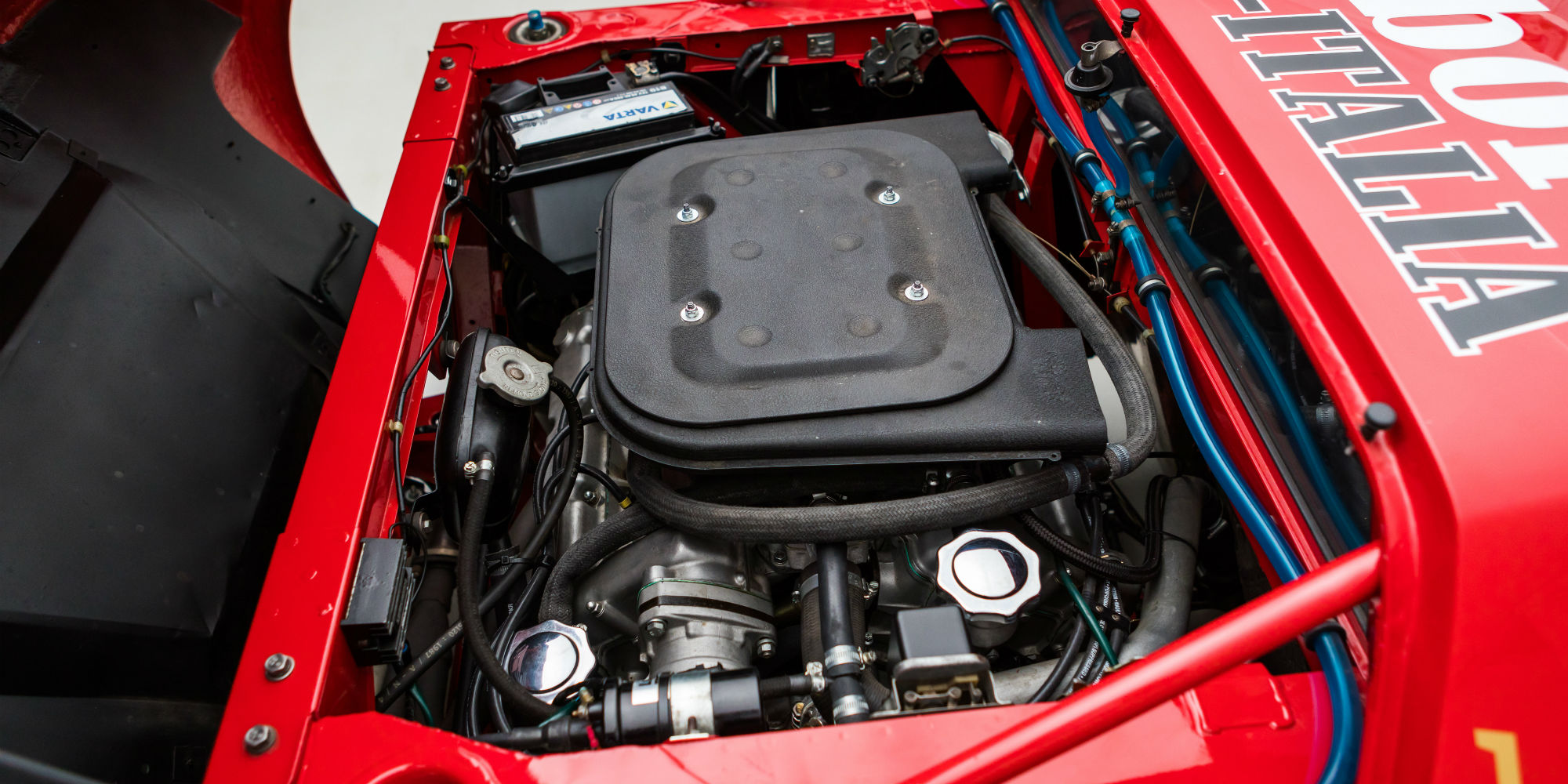 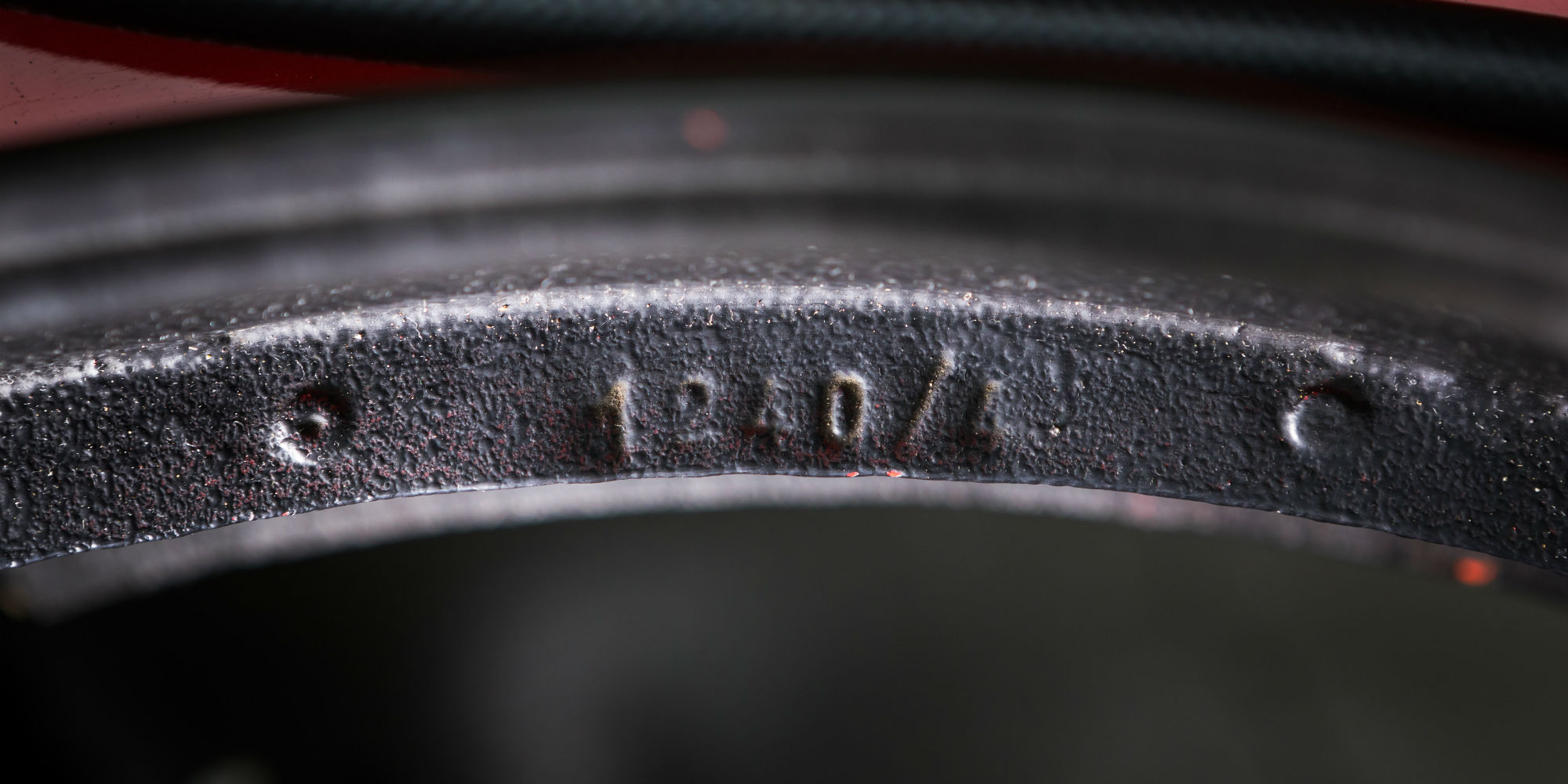 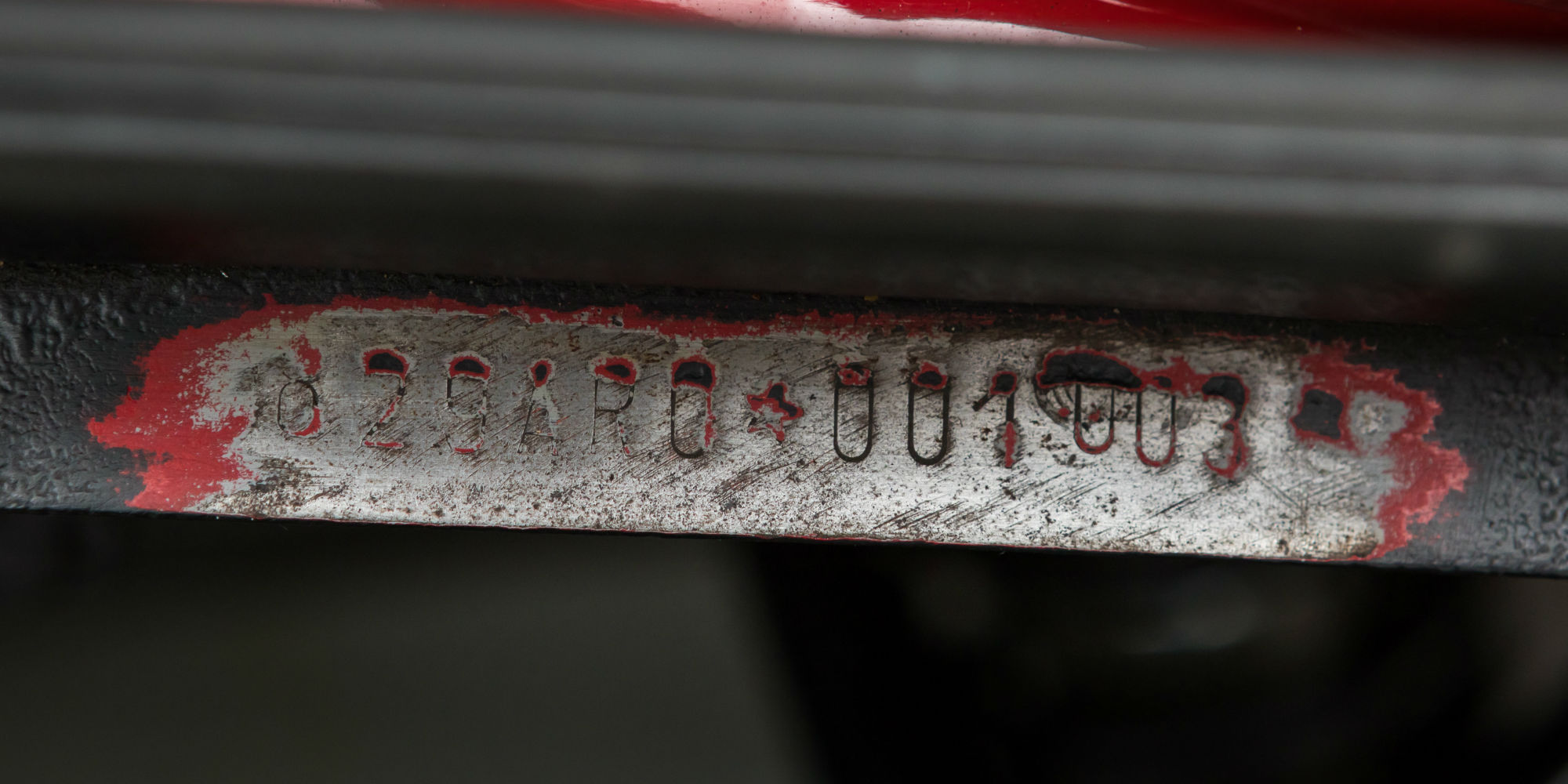 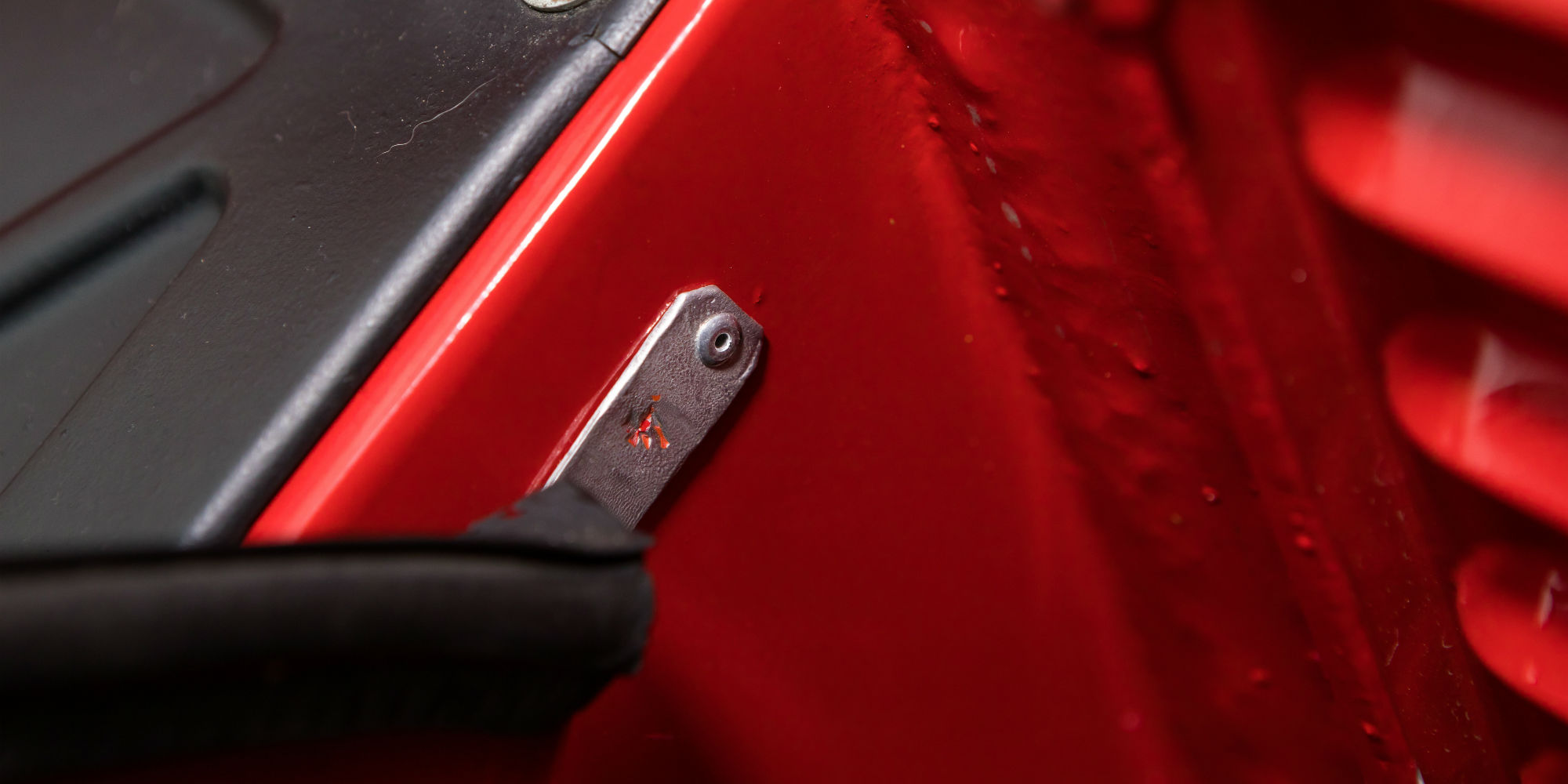 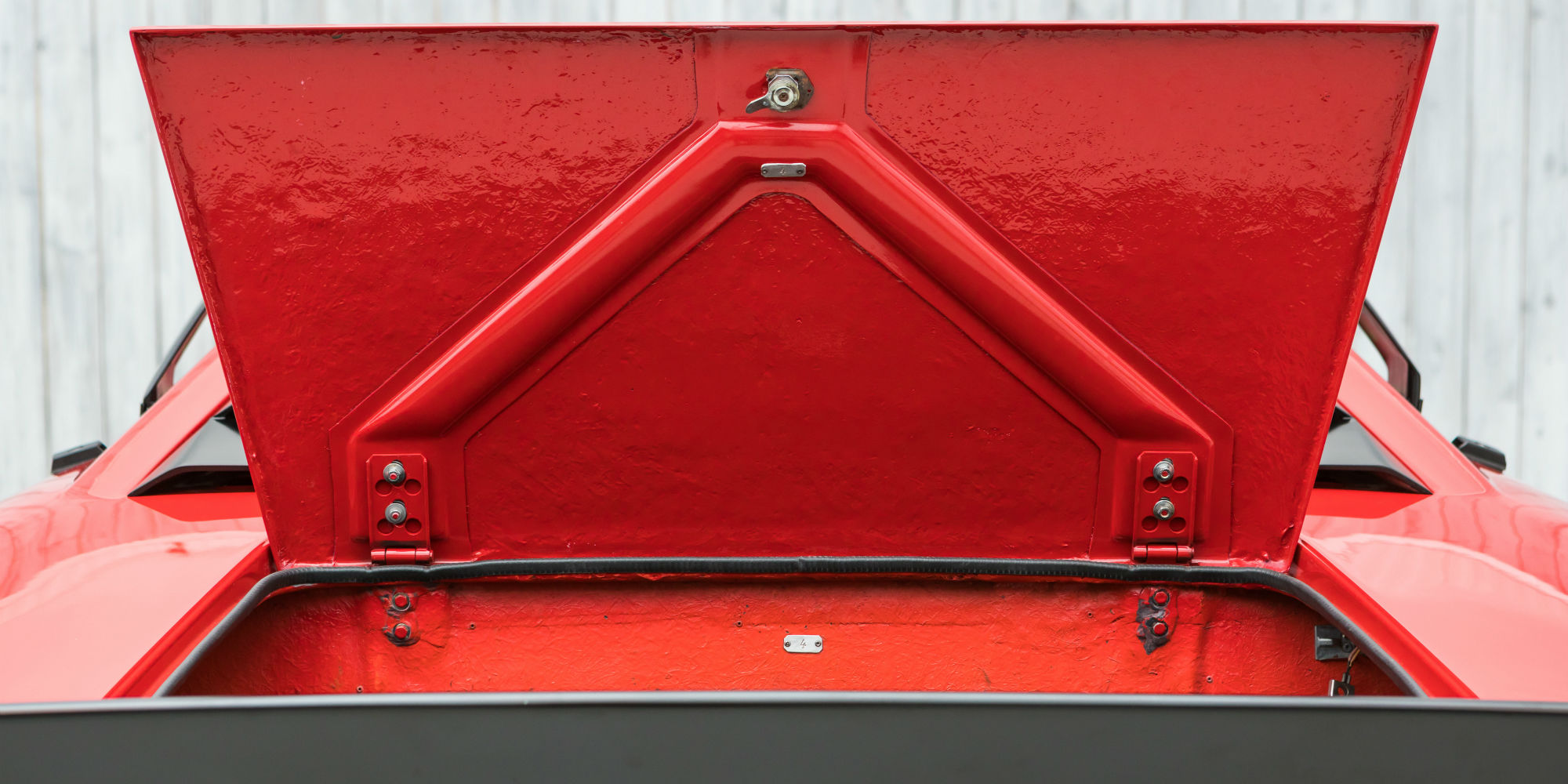 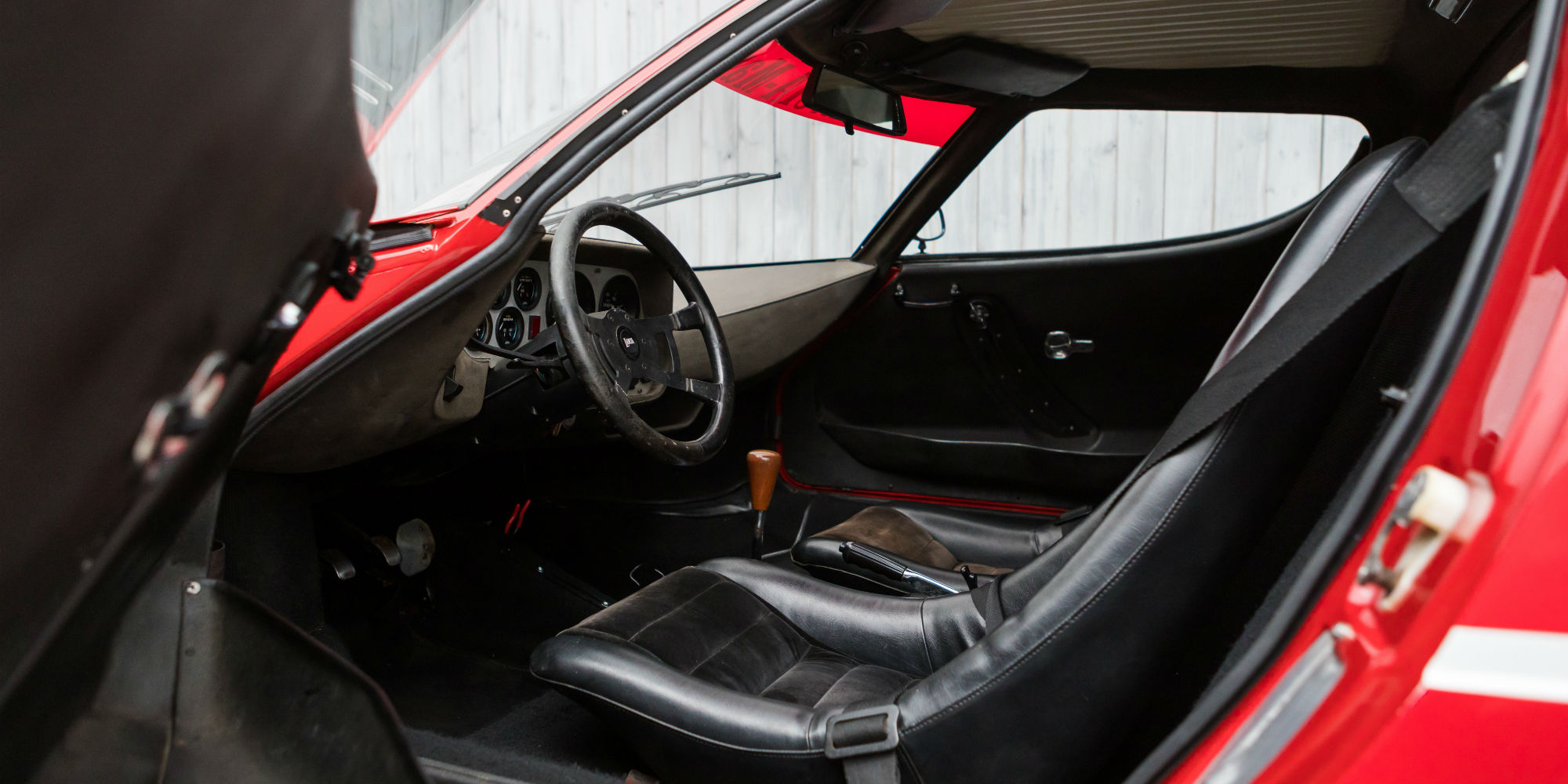 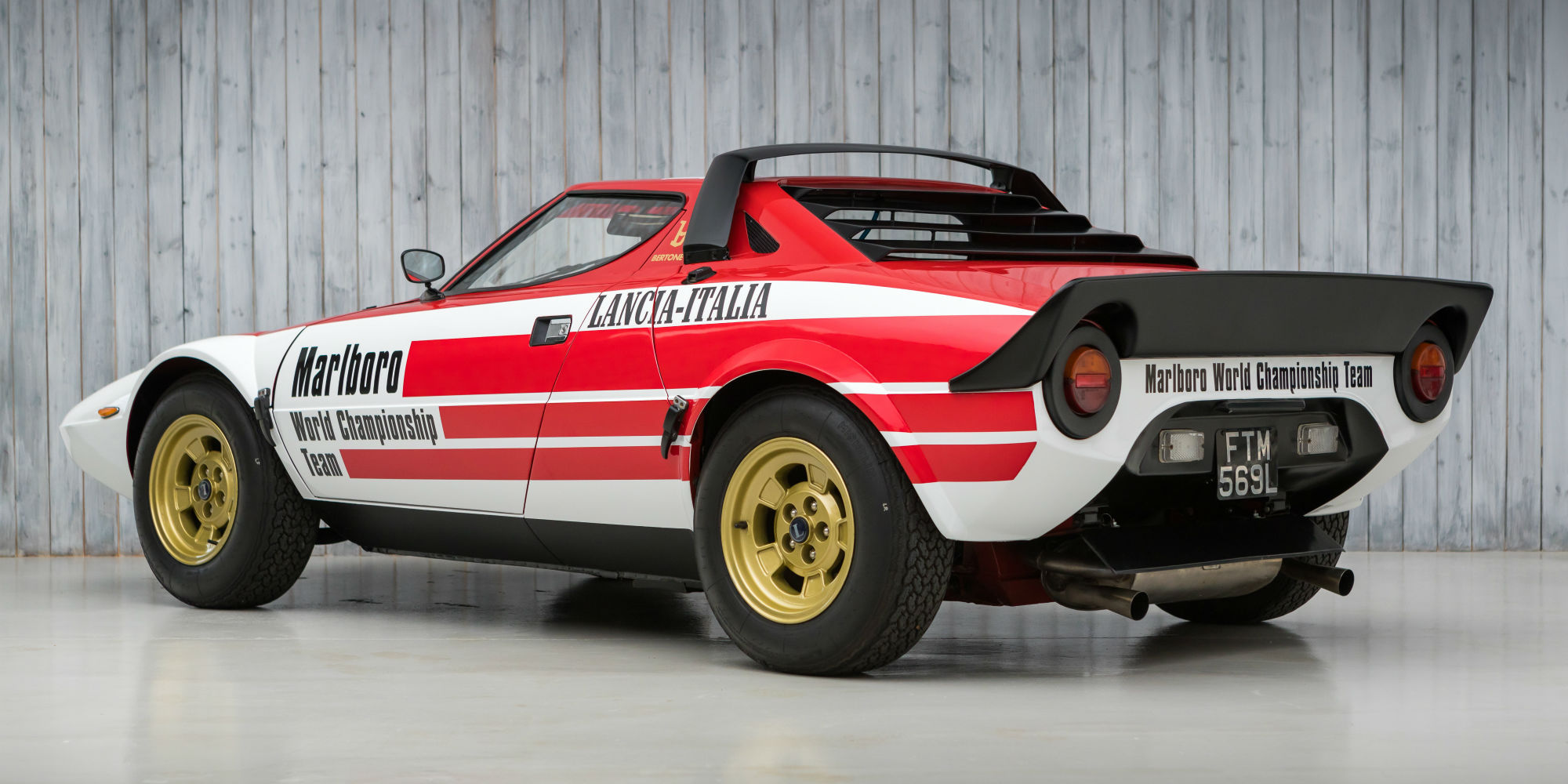 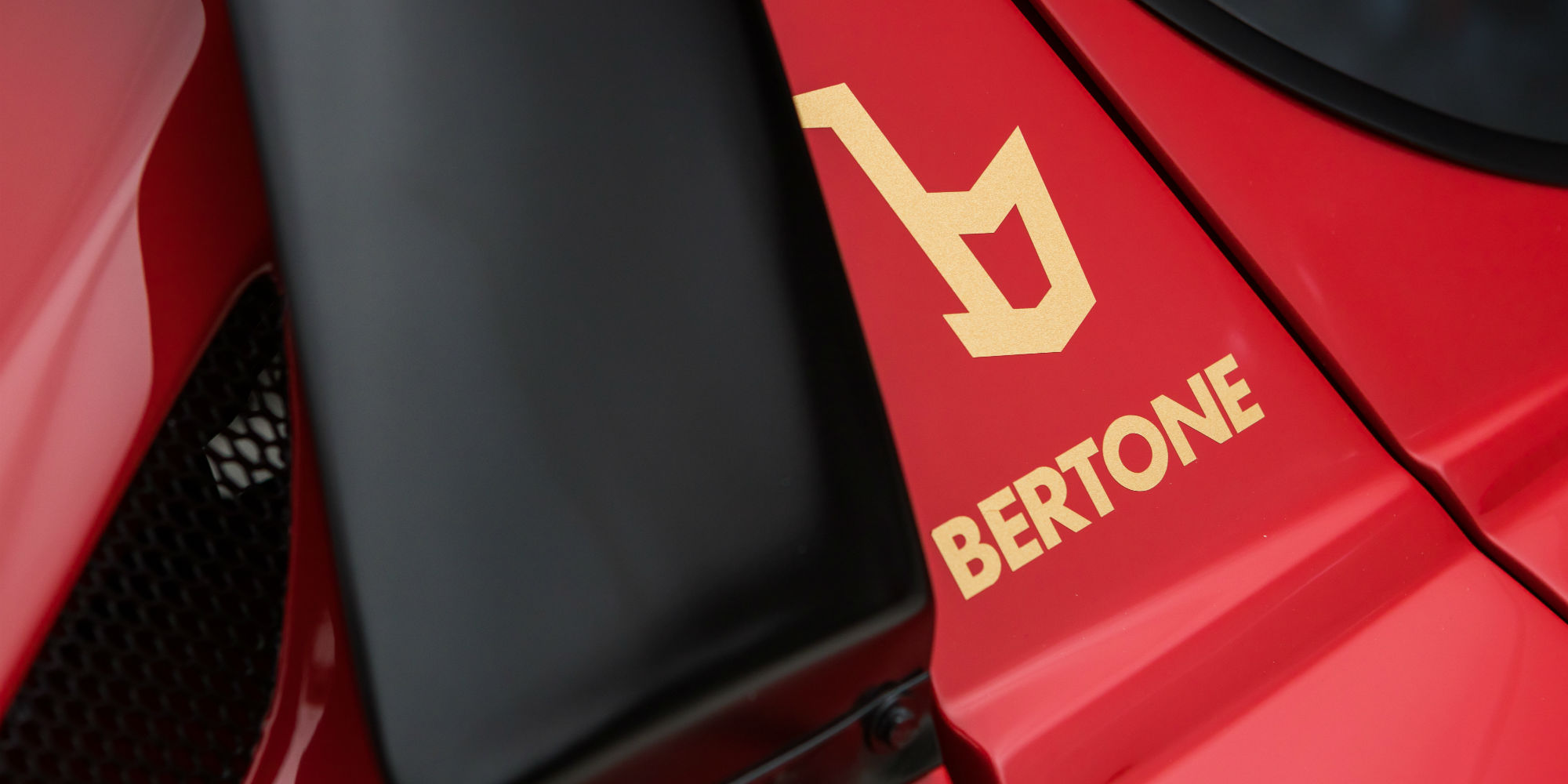 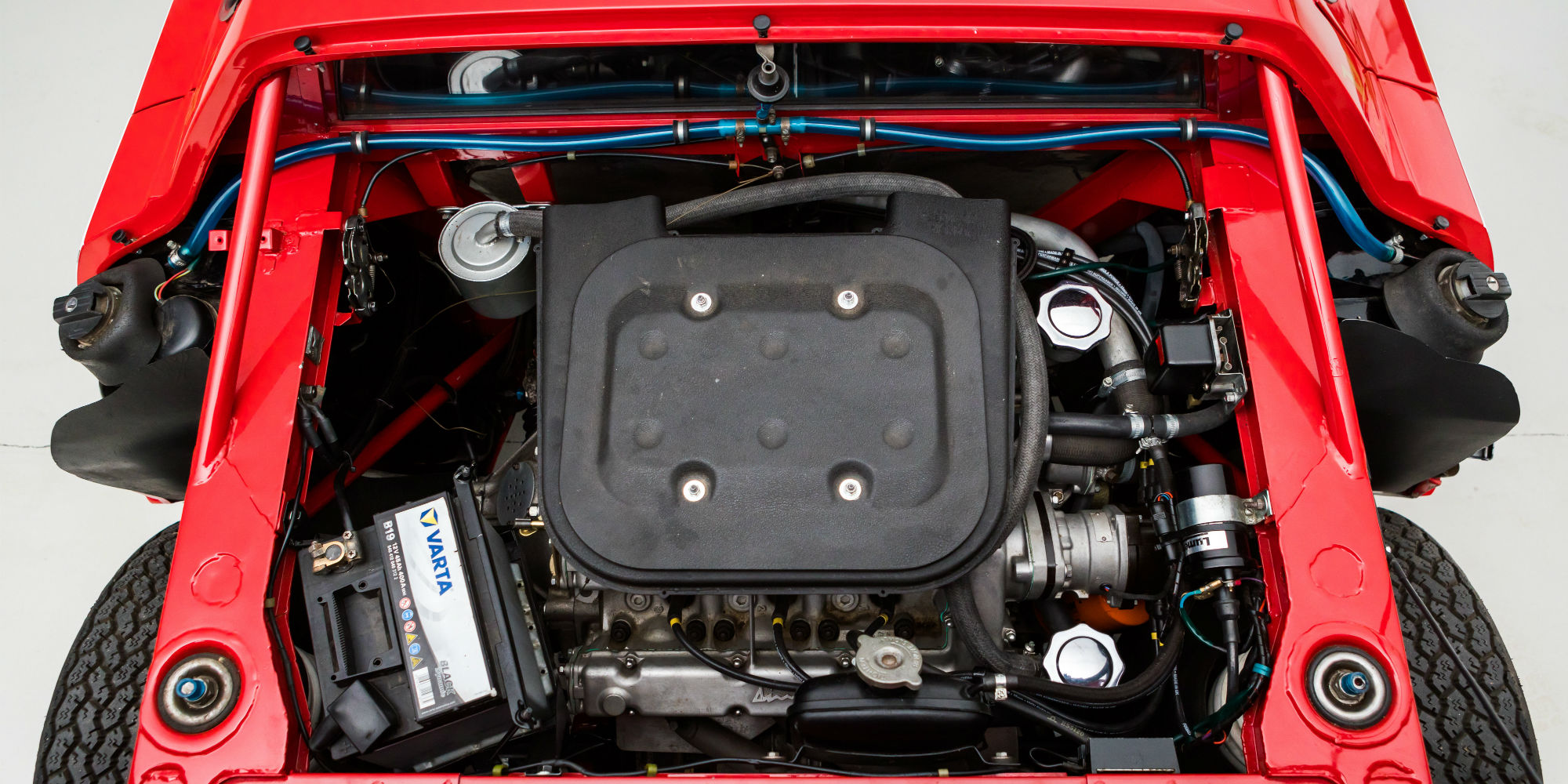 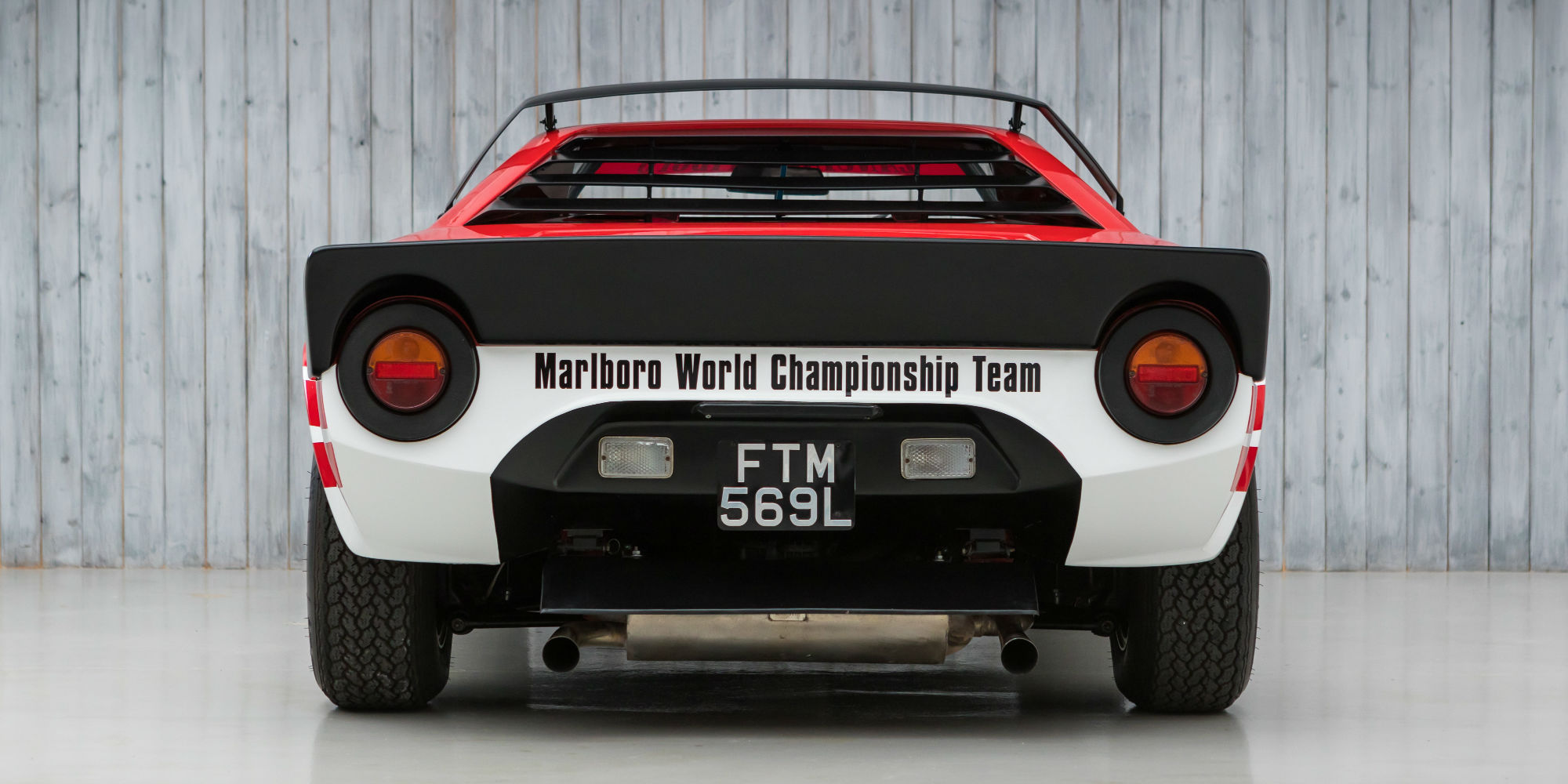 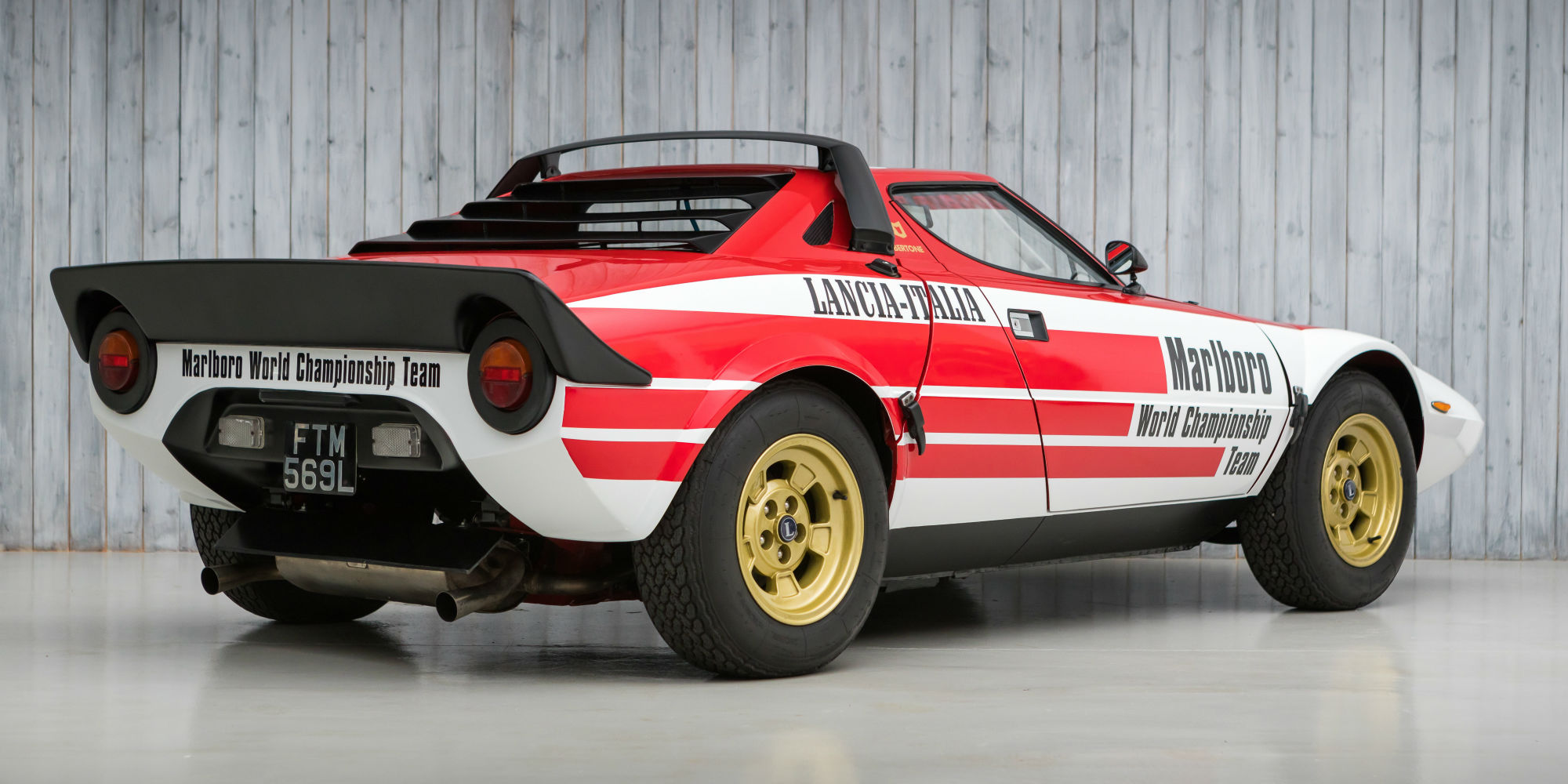 Having previously collaborated on designs with Pininfarina, Lancia became the focus of Carrozzeria Bertone. With Bertone wanting to work with Lancia, they set about penning a design to capture the imagination of the fellow Turninese firm. Bertone was aware that Lancia was looking for a replacement for the Fulvia with a view for use in competition, so set about creating a striking masterpiece around the running gear of a Fulvia Coupé. The product was dubbed the Stratos Zero, and Bertone himself drove it to the Lancia factory. Upon arrival, it is said that Bertone received great applause from the Lancia workers who looked upon the fascinating lines which had been created.

Lancia was apparently impressed, and decided to work together with Bertone on the Stratos project. The Stratos Zero  concept became the centre piece of Lancia’s presence at the 1970 Turin Motor Show and wowed onlookers with it’s futuristic proportions, and in turn brought exciting publicity for the manufacturer. The styling of the production Stratos was developed along the lines of the ideas held by Bertone’s designer Marcello Gandini who was no stranger to creating iconic cars in the form of the Lamborghini Miura and Countach. This was combined with chassis development from Giampaolo Dallara and former Ferrari F1 driver Mike Parkes.

One year after the success of the Stratos Zero concept at the 1970 Turin Motor Show, Lancia lifted the cover on the Stratos HF prototype, painted in an eye-catching fluorescent red. At the time of public announcement, the Stratos HF utilised the 2.4 litre Dino Ferrari V6 engine in mid mounted configuration. Fulvia and Beta engines had been previously run in the prototype when Enzo Ferrari was reluctant to allow the use of the Dino V6 due to perceived conflict with his own model, the 246 Dino, but once the production had ceased Enzo agreed and 500 Dino V6 engines were assigned to Lancia.

Lancia’s desire to compete headed down the rallying  route, and when production of the Stratos began in 1973, 500 cars were intended for construction in order to homologate the Stratos for Group 4 rallying. Homologated in 1974, the Stratos achieved great success, becoming World Rally Champion with Sandro Munari. Through 1975 and ’76, Lancia’s domination continued and further World titles followed. When production of the Stratos ended, it was believed that 492 examples had been completed, just shy of the 500 originally required.

With the works rally cars being backed by Philip Morris Cigarettes’ Marlboro brand through 1973 and 1974, they also needed cars for use alongside the competition cars and in promotional activities. To do this, Philip Morris  Cigarettes took ownership of two Lancia Stratos Stradale, in red, which were adorned with the iconic Marlboro livery.

This car, number 829 AR0 001003, was one of those two Marlboro cars and importantly only the third Lancia Stratos Stradale produced. Using a different numbering system to the main production cars which begin at 1500, it was completed on the 22nd March 1974 using body number, or scocca, 1240/4 and fitted with engine number 829A 000 001074. Finished in Rosso, 1003 is understood to have initially been registered in Italy, before being registered as VD 190282 under Philip Morris Cigarettes in Switzerland.

While in Philip Morris Cigarettes’ ownership, 1003 is understood to have been present alongside the Marlboro works competition cars over several seasons, and was pictured on a few occasions It can be seen in period  photographs that 1003 was initially without roof and rear spoiler, but with an interesting and distinctive combination of having two left hand rear view mirrors, one mounted on each door.

By the time it was the safety car at Misano during the 1975 edition of the Giro d’Italia, 1003 had gained the roof spoiler. It is believed that 1003 was the first Lancia Stratos Stradale to be fitted with this detail, which is further evidenced by unique mounting brackets, present on the car to this day. Into 1976, and 1003 was on show at the Geneva Motor Show, still resplendent in Marlboro World Championship Team livery.

Having been owned for six years by Philip Morris Cigarettes, ownership of 1003 was transferred to Charles Stewart & Company Ltd. of London in 1980, the British affiliate of Philip Morris International, and registered in England on the 1st May. With the registration number FYF 821V, 1003 remained in Marlboro livery throughout the company’s ownership and is noted as having been professionally stored for a length of time. 1003 was consigned for sale at COYS in 1999, at which point it was bought by the current owner.

While in the current ownership, 1003 featured in a 1999 Classic Cars magazine article when first bought, and has been enjoyed on various casual European road rallies over the following years. In 2004, FIA HTPs were applied for and granted, detailing various technical aspects of the car. Realising that the registration granted to 1003 when registered by Charles Stewart was with a 1980 dated V letter, the current owner sought a correct age related registration which was given as FTM 569L.

Most recently, the current owner has gone through the car, with extensive work including an engine rebuild, suspension rebuild and repaint carried out. Since the completion of this work, 1003 has been subjected to only limited use.

1003 is well known to Lancia Stratos stalwart Thomas Popper, who has confirmed that the numbers present on 1003 are correct and match how it left the factory. Today presented in the Marlboro World Championship Team livery it wore from 1974 with Philip Morris Cigarettes, 1003 is also accompanied by the all important original Swiss registration document, outlining the ownership, chassis number and registration.

Benefitting from only having had just two previous owners, 1003 has a very straightforward history and as only the third Lancia Stratos Stradale produced, sold to Philip Morris Cigarettes and one of only a handful of cars to be genuinely and originally Marlboro livieried, it is a very early and significant part of the Stratos story, which has over time become legend.