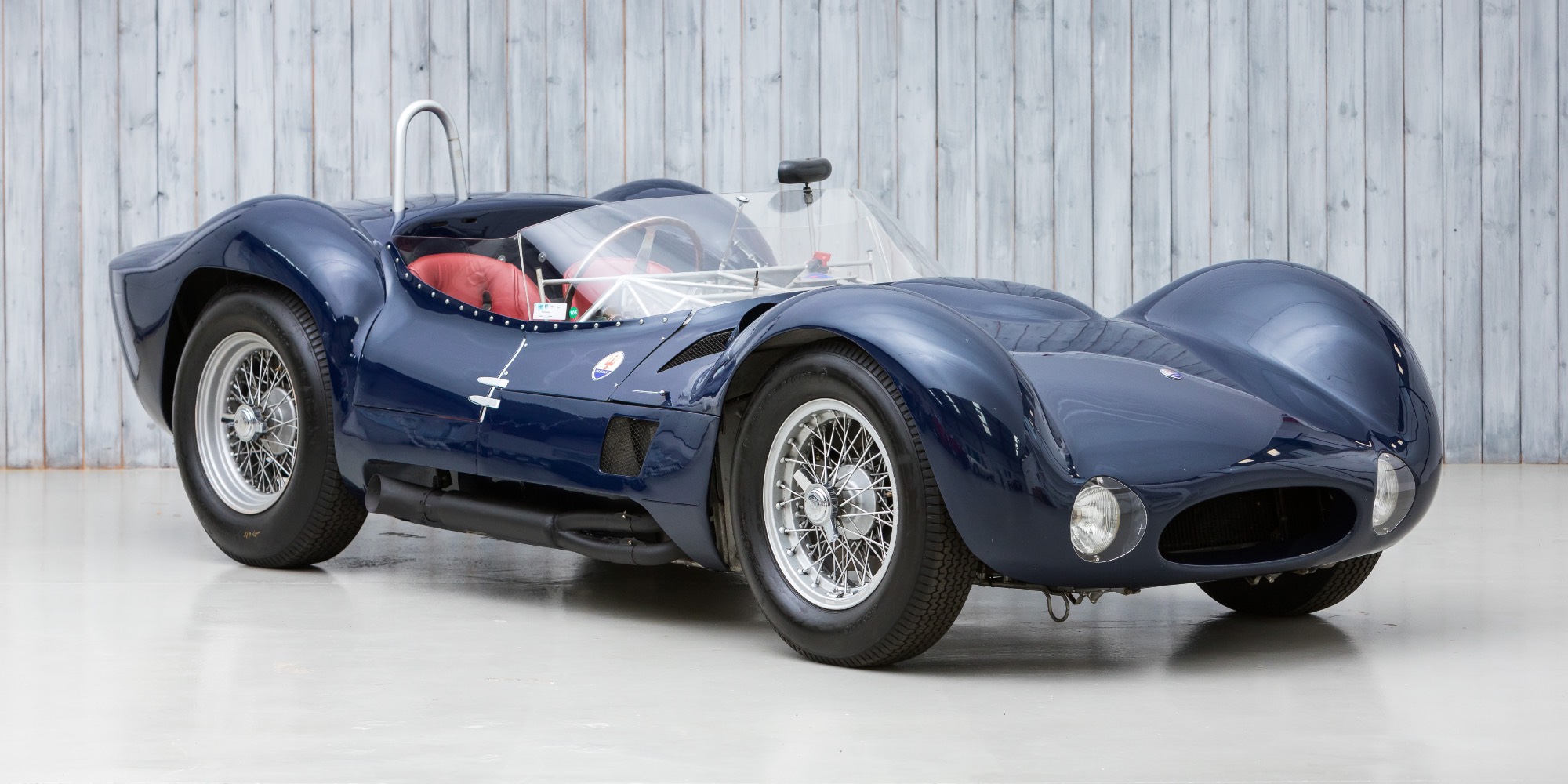 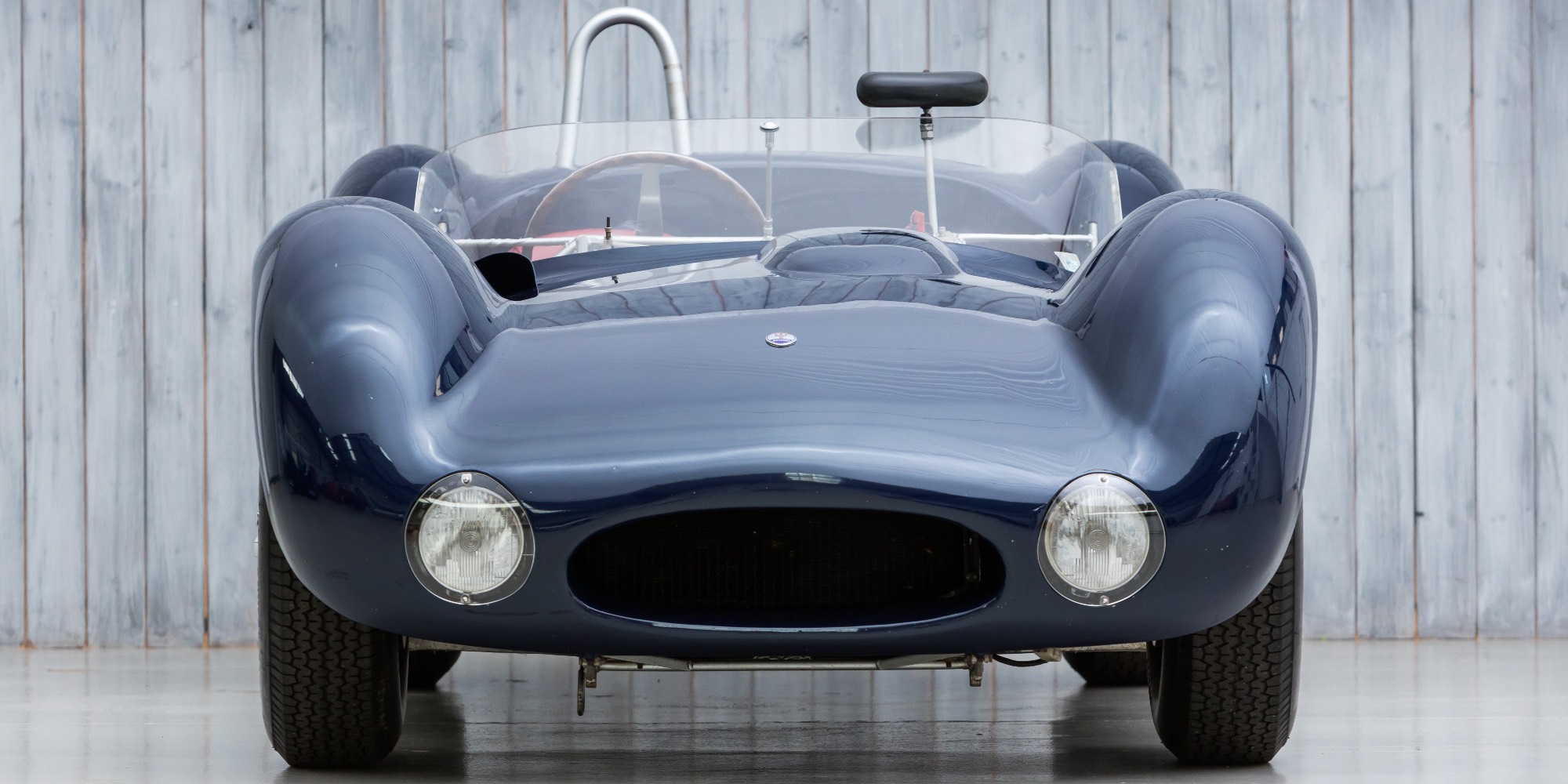 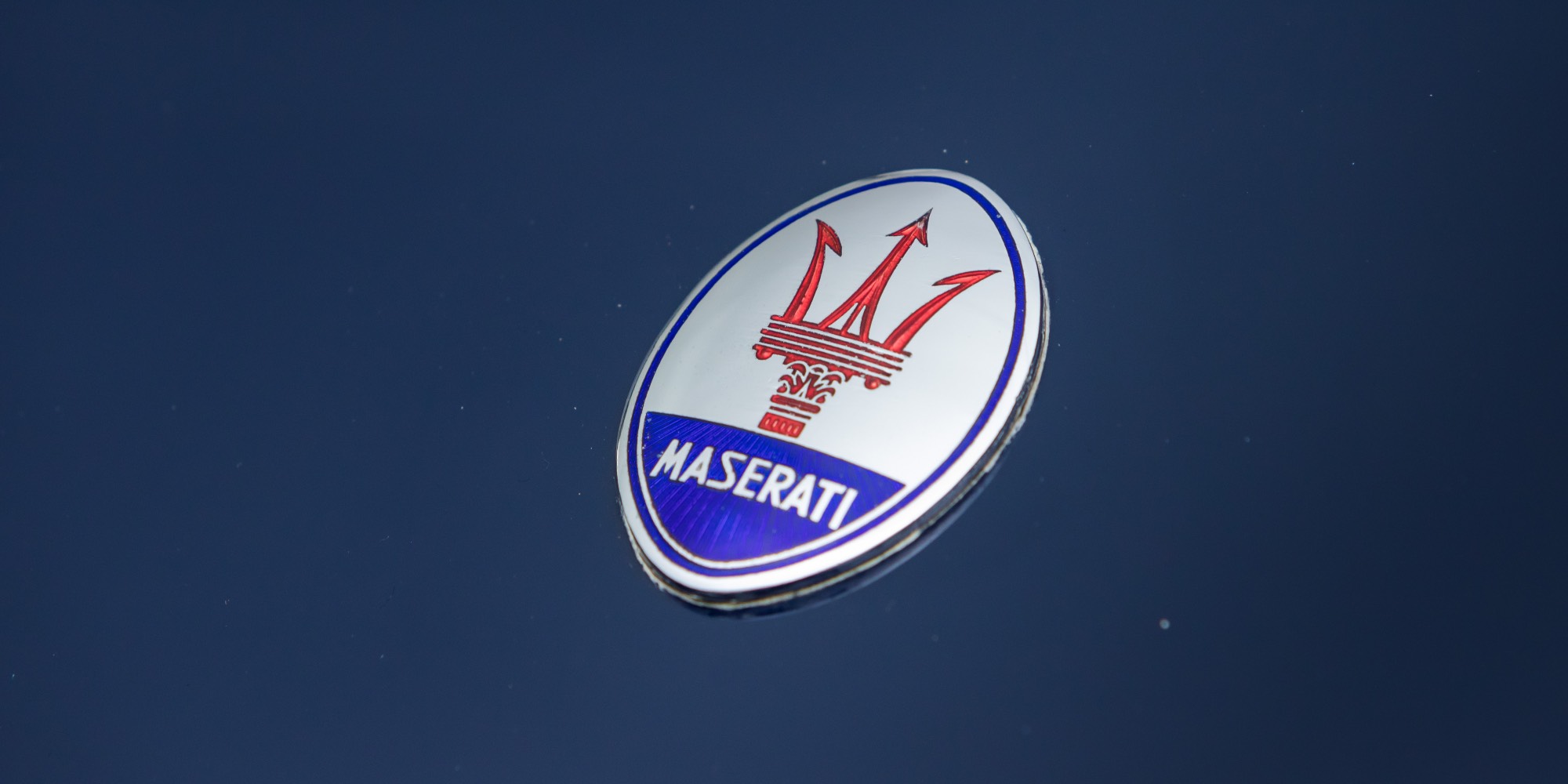 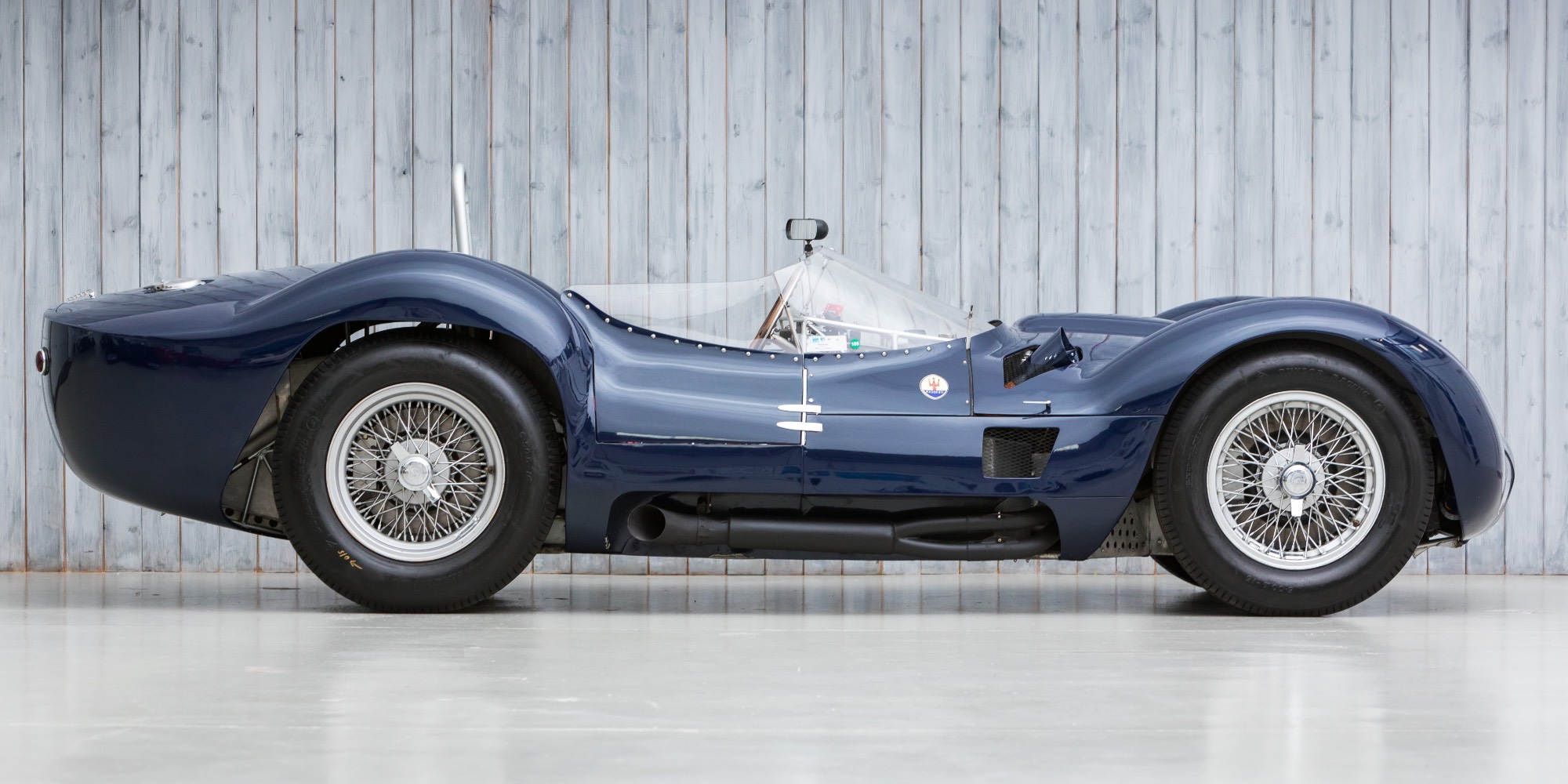 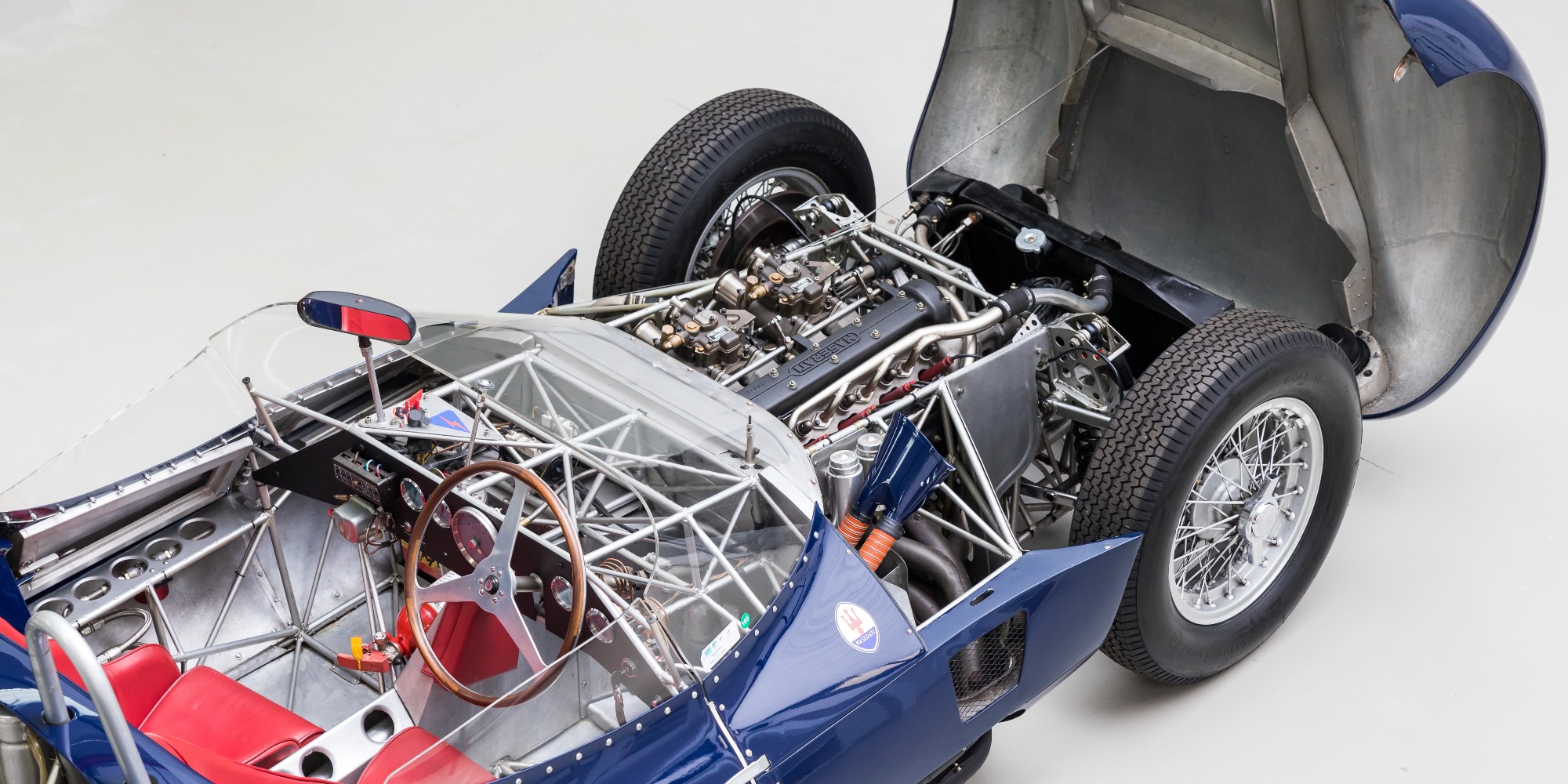 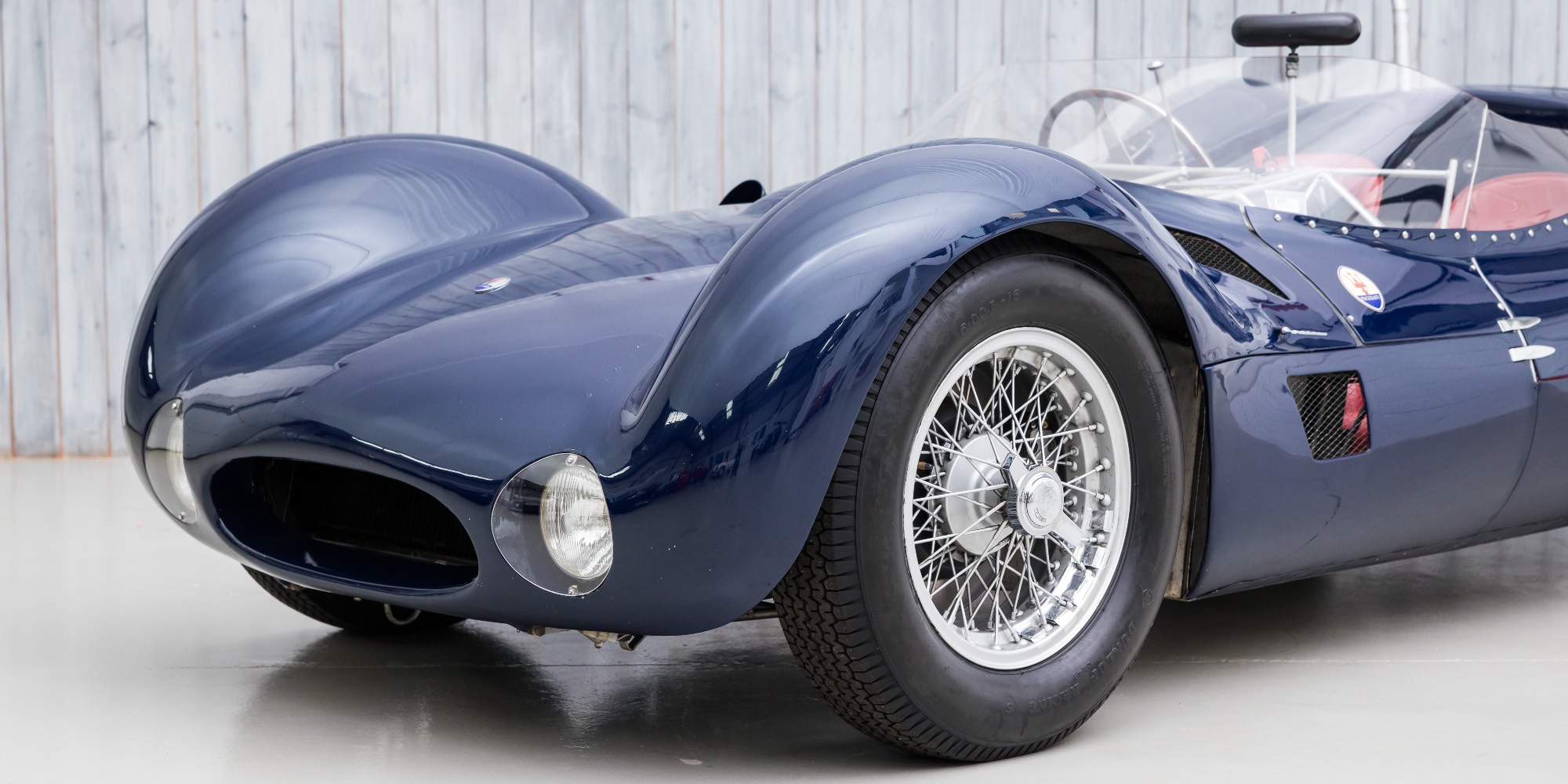 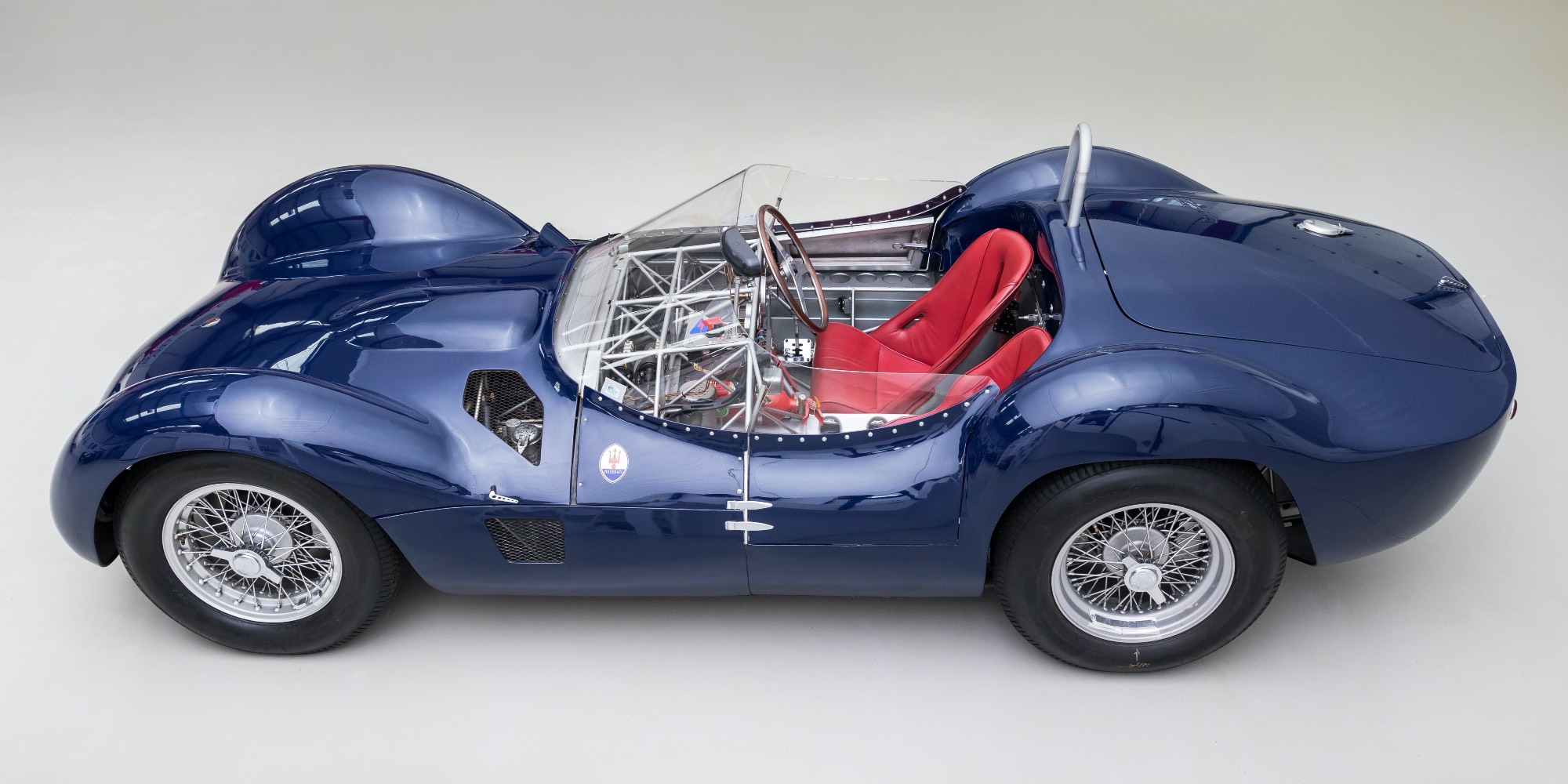 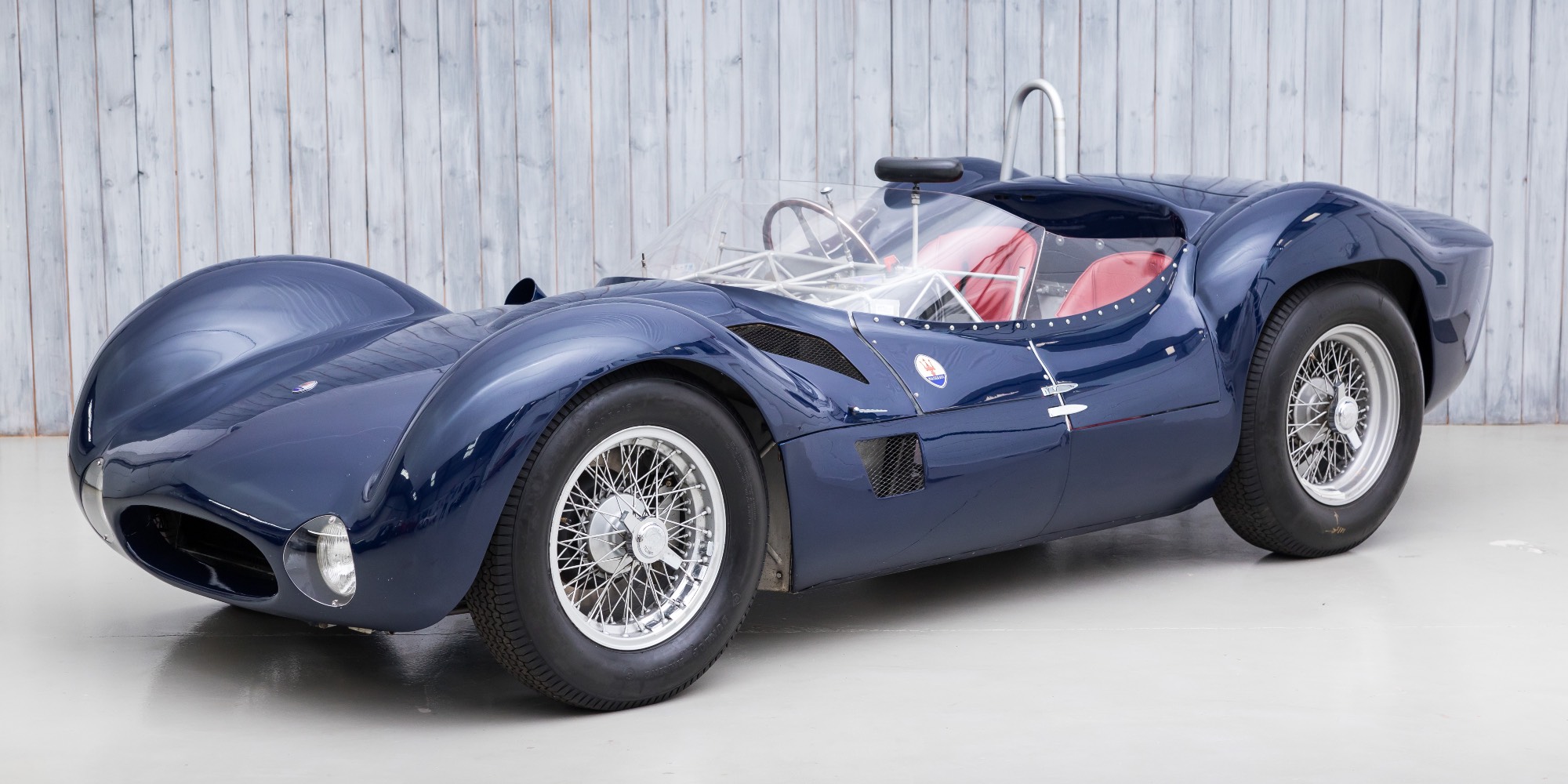 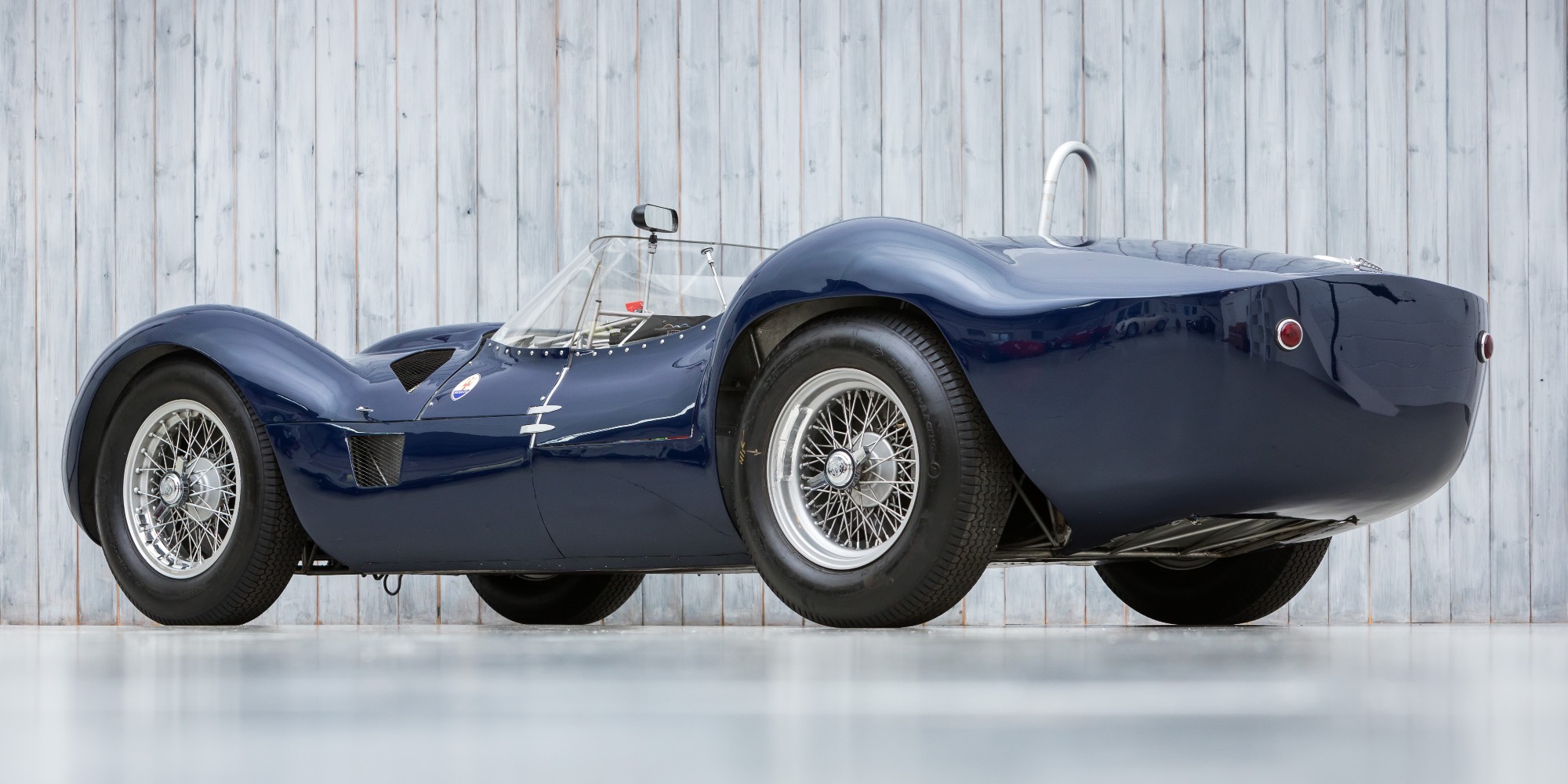 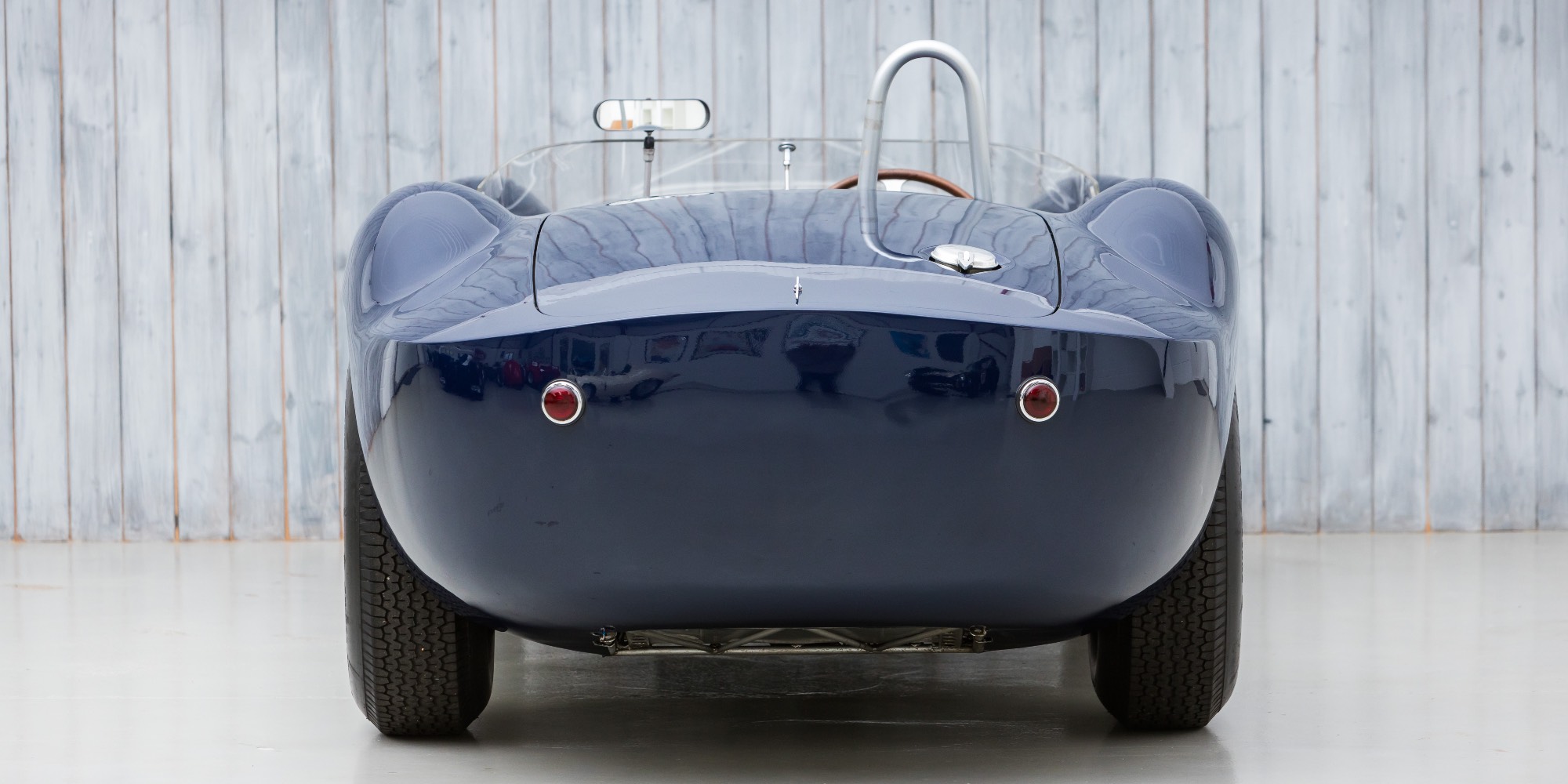 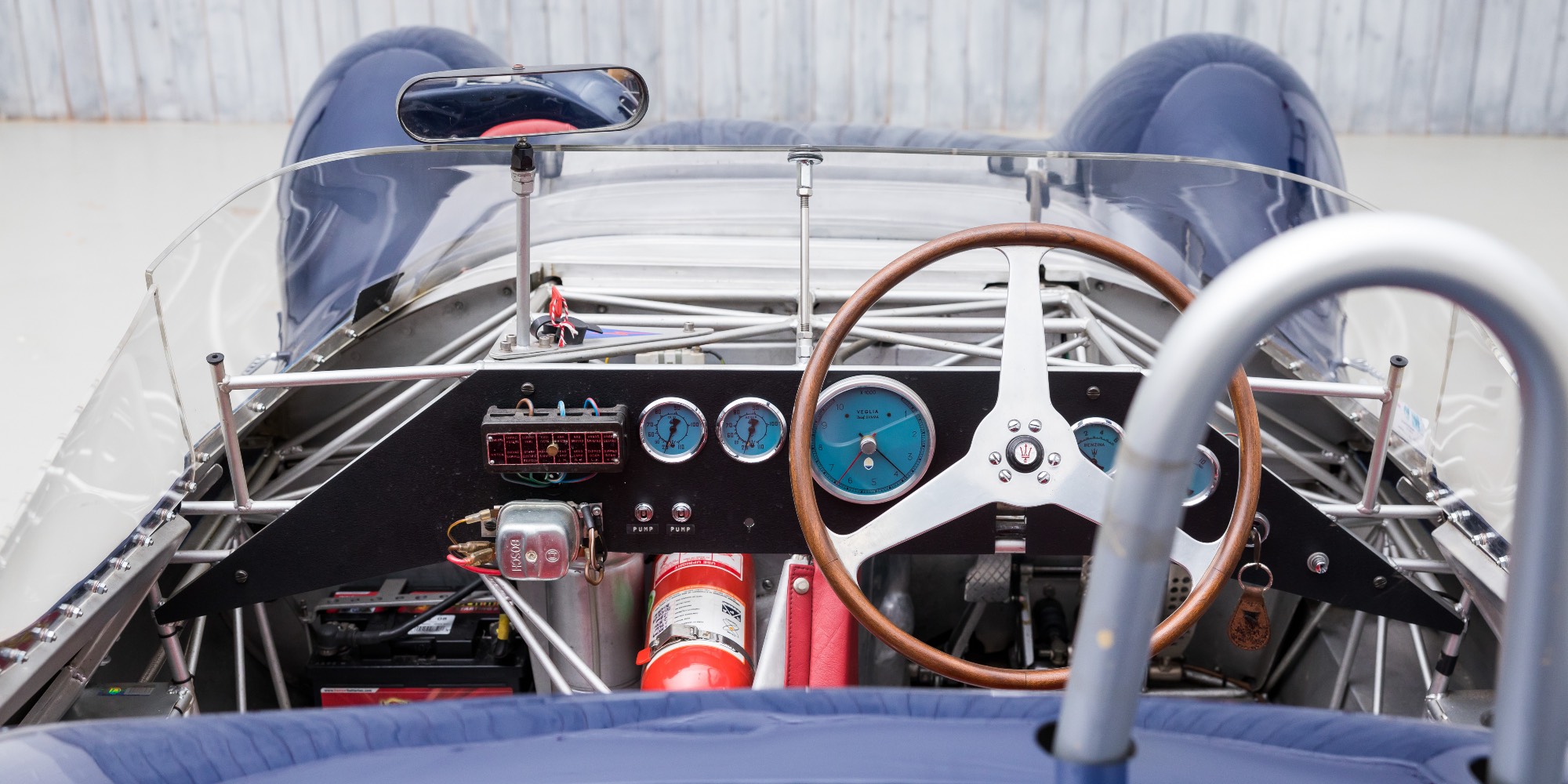 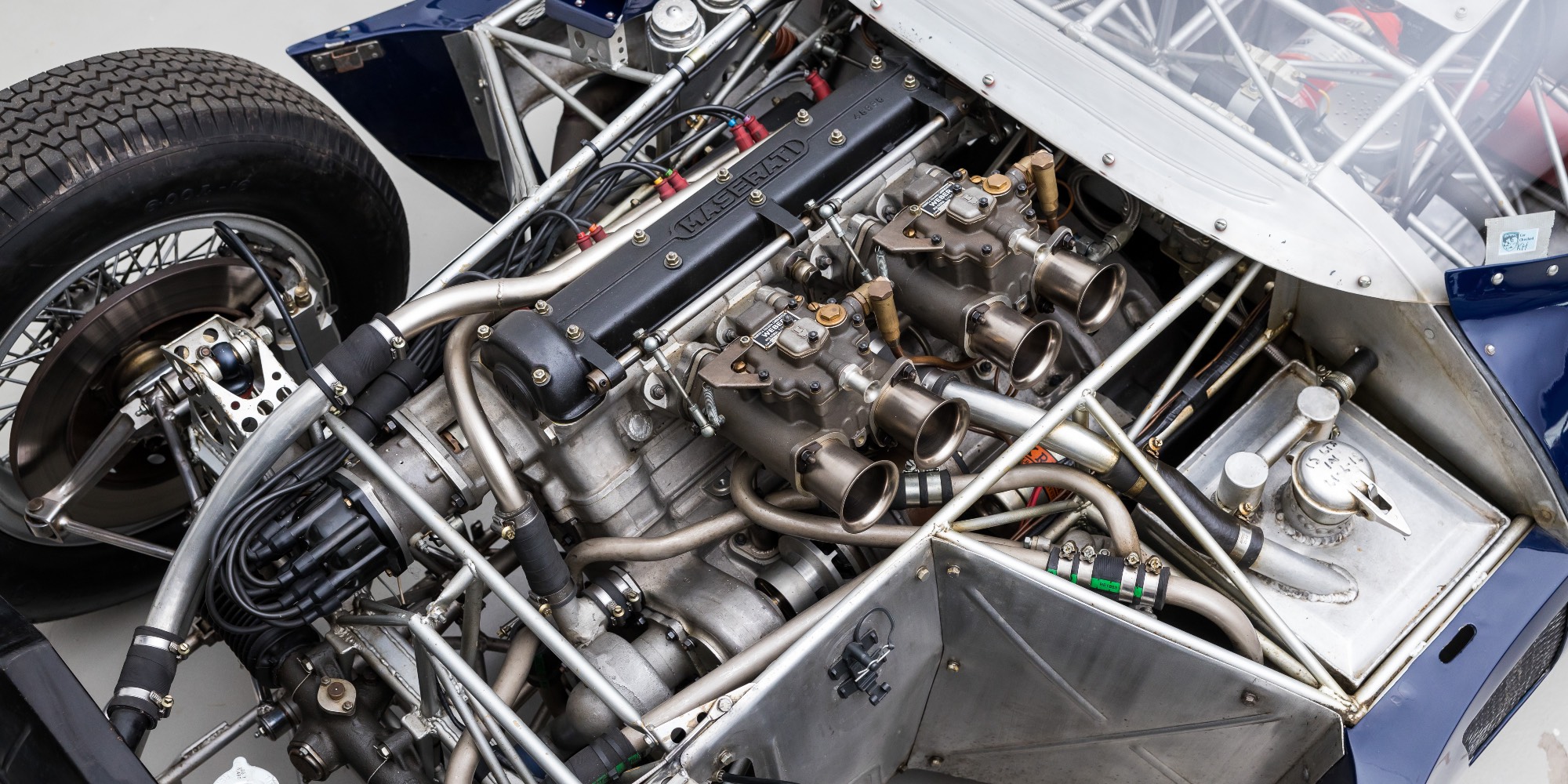 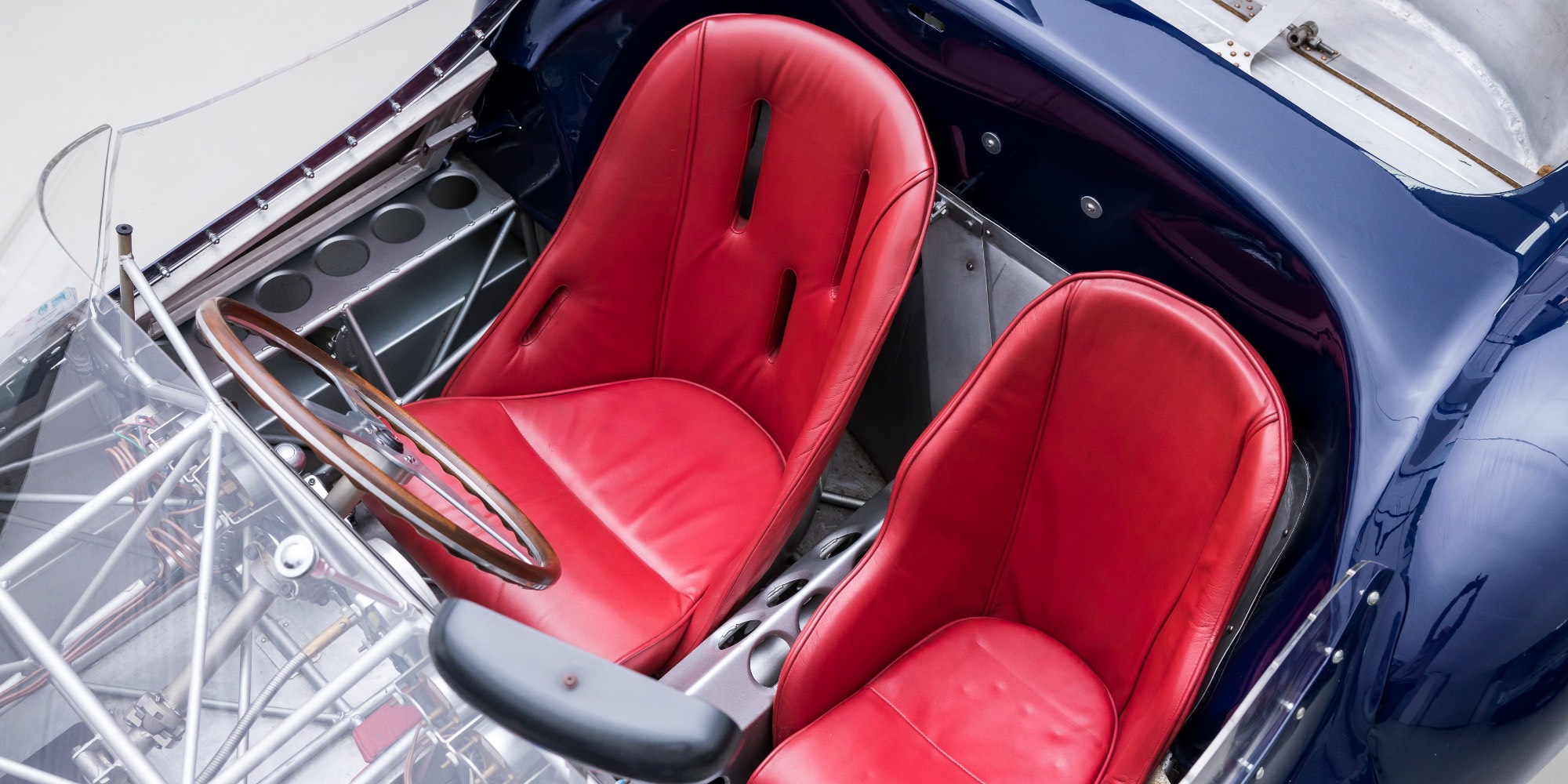 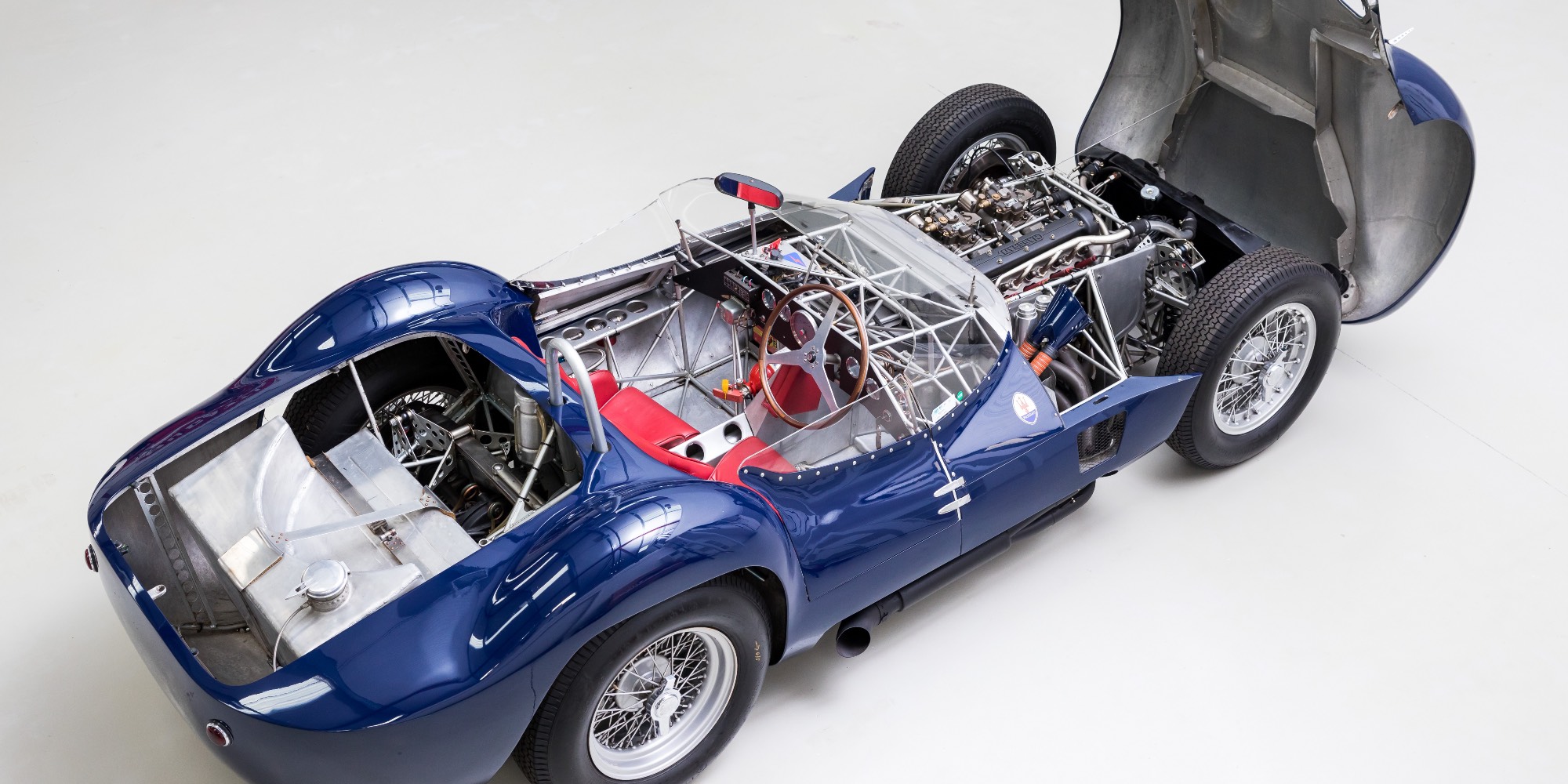 Maserati is a company whose raison d’être was for front line competition, synonymous with the image of the great Juan Manuel Fangio drifting a Maserati 250F Grand Prix car. Formed by the Maserati brothers in Bologna, Italy in 1914, the marque began by producing cars for Grand Prix racing. Their famous trident logo was used to represent strength and vigour by association with Neptune, with the inspiration originating from the Fountain of Neptune in Bologna. One of their first cars, driven by Alfieri Maserati, won the 1926 edition of the Targa Florio when it was one of the most important events in Europe.

After Alfieri’s death in 1932, the three remaining brothers kept the company going until they sold their shares to the Orsi family in 1937. In the new ownership, the Maserati factory was relocated to Modena and the Maserati brothers remained on board, engineering the cars to further Grand Prix successes. Following a hiatus from car manufacture during the Second World War, Maserati resumed its former focus when war time came to an end.

Alongside the single seater Grand Prix cars, Maserati began producing barchettas which utilised the powerful engines they were producing, and the company made the cars available for customers to buy. The first examples of these barchettas were of the A6 family, which proved successful and carried through to 1954 in many forms. Within these years, a few berlinettas were built, often as statement show cars, and production numbers remained very limited. Of particular note were the stunning 1953 A6GCS/53 by Pinin Farina, and Zagato’s timeless A6G/54.

It was at this time, in 1954, that Maserati revised their six cylinder engine design for the new Formula 1 challenger, the 250F. Having won its first two Grand Prix with Juan Manuel Fangio at the wheel, the 250F was a huge success for Maserati over several seasons. When Fangio rejoined the team in 1957 from a period at Ferrari, he and Maserati won the Formula 1 World Championship with the 250F.

1957 also marked the conclusion of Maserati’s works Grand Prix efforts, with the company experiencing financial difficulties. Focus shifted within the business to building cars for customers, and with that, a new sports racer was conceived for the popular 2-litre class.

The 200S had become out dated, with the likes of Lotus leading the way with more sophisticated and lightweight space frame designs. Maserati’s chief designer Giulio Alfieri set about creating the new challenger, the Tipo 60. The chassis consisted of some 200 small tubes to form the space frame which soon led to the model nickname of the ‘Birdcage’.

The 2-litre, four cylinder, twin overhead cam, twin spark engine of the 200S was fitted to the front of the new Tipo 60 chassis and leant over on its side at 45 degrees to both aid the centre of gravity and allow close fitting bodywork for a small frontal area. Transmission of power was handled by the same five speed transaxle as the 250F Grand Prix car, mounted in the rear, behind the driver.

Suspension at the front of the Tipo 60 was of double wishbone and telescopic damper with coil springs, also from the 250F, while the rear used a de Dion arrangement as found in the 200SI with a transverse leaf spring and telescopic dampers. The Tipo 60 saw a big development for Maserati in the braking department, being the first model to feature disc brakes. Very large 13” discs were fitted to the front, with 12” versions on the rear working with Girling callipers all round and with Borrani 16” wire wheels.

A lightweight aluminium body was formed by Allegretti & Gentilini, following the lines of the engine bay closely with pronounced wheel arches and a reclined windscreen.

The front and rear overhangs were kept short to aid manoeuvrability around tighter circuits and a pair of headlights were recessed into the nose either side of the radiator aperture.

The completed Tipo 60 tipped the scales at just 571kg, substantially lighter than the outgoing 200S model. Soon after production of the Tipo 60, a revision of the model was made to be competitive in the World Sports Car Championship with a capacity of 2.9-litres and named the Tipo 61.

From the outset, the Tipo 60 was a success. Stirling Moss took the works Maserati example to victory in its first race, the Rouen Grand Prix, in July 1959 seeing off two works Lotus 15s in the process.

The Rouen triumph brought interest from the US and soon orders were placed. Lloyd ‘Lucky’ Casner’s Camoradi equipe was the first client, also buying a further three Tipo 61 versions.

Moss drove one of Camoradi’s Tipo 61s to victory in the 1960 Cuban Grand Prix ahead of Pedro Rodriguez’s Ferrari 250 TR 59. The two Maserati models saw a great deal of competition use on both sides of the Atlantic, from the Targa Florio, to the Le Mans 24 Hours, Nurburgring 1000km, and Sebring 12 Hours.

With a total of only 22 Tipo 60 and 61s built, most reside within long term collections with few being raced. Engineering experts Crosthwaite & Gardiner, a company who have been responsible for restoring and recreating the Audi Collection Auto Unions to name just one reference, set about making a very small series of exacting toolroom Maserati Tipo 61s.

The project began in 1989 and having produced all of the components, the first of the new Tipo 61s were completed. This car, the third and final build by Crosthwaite & Gardiner, was supplied to Rodney Smith in 2004.

Smith had Mark Gillies campaign the Tipo 61 for him, over subsequent years in the VSCC ’50s Sports Cars and HGPCA Sports Cars series while being maintained by David Morris.

After Smith’s sad passing, the Tipo 61 was bought by ERA ace Paddins Dowling who had first sampled the car alongside Gillies during a test day and aspired to himself own it one day. Based in the US, Dowling was only able to enjoy the Tipo 61 on select occasions, one of which being the 2018 Goodwood 76th Members’ Meeting in the Salvadori Cup.

In 2018, the Tipo 61 was bought by the current owner who has enjoyed the car at the likes of the Goodwood GRRC Sprint, where it won the ‘Spirit of the Meeting’ award, and has only accumulated limited mileage in total. Further public appearances have included the Royal Automobile Club Midsummer Concours and an invite was received for the highly renowned Chantilly Concours d’Elegance in Paris.

Today, the Tipo 61 is accompanied by a file including current FIA HTPs valid until December 2025, and small spares package including a stainless silenced exhaust tail section, set pistons and liners, seat and more.

Constructed at huge cost as what was a lengthy project, the Tipo 61 recreation is unlikely to be repeated and as such represents a superb opportunity to compete in one of the most distinctive ‘50s sports racers around the UK, Europe and the US. Eligible for the Motor Racing Legends Stirling Moss Trophy and with the potential for Goodwood race outings, the Tipo 61 would be equally at home within a collection providing a spectacle of engineering with its Birdcage chassis.