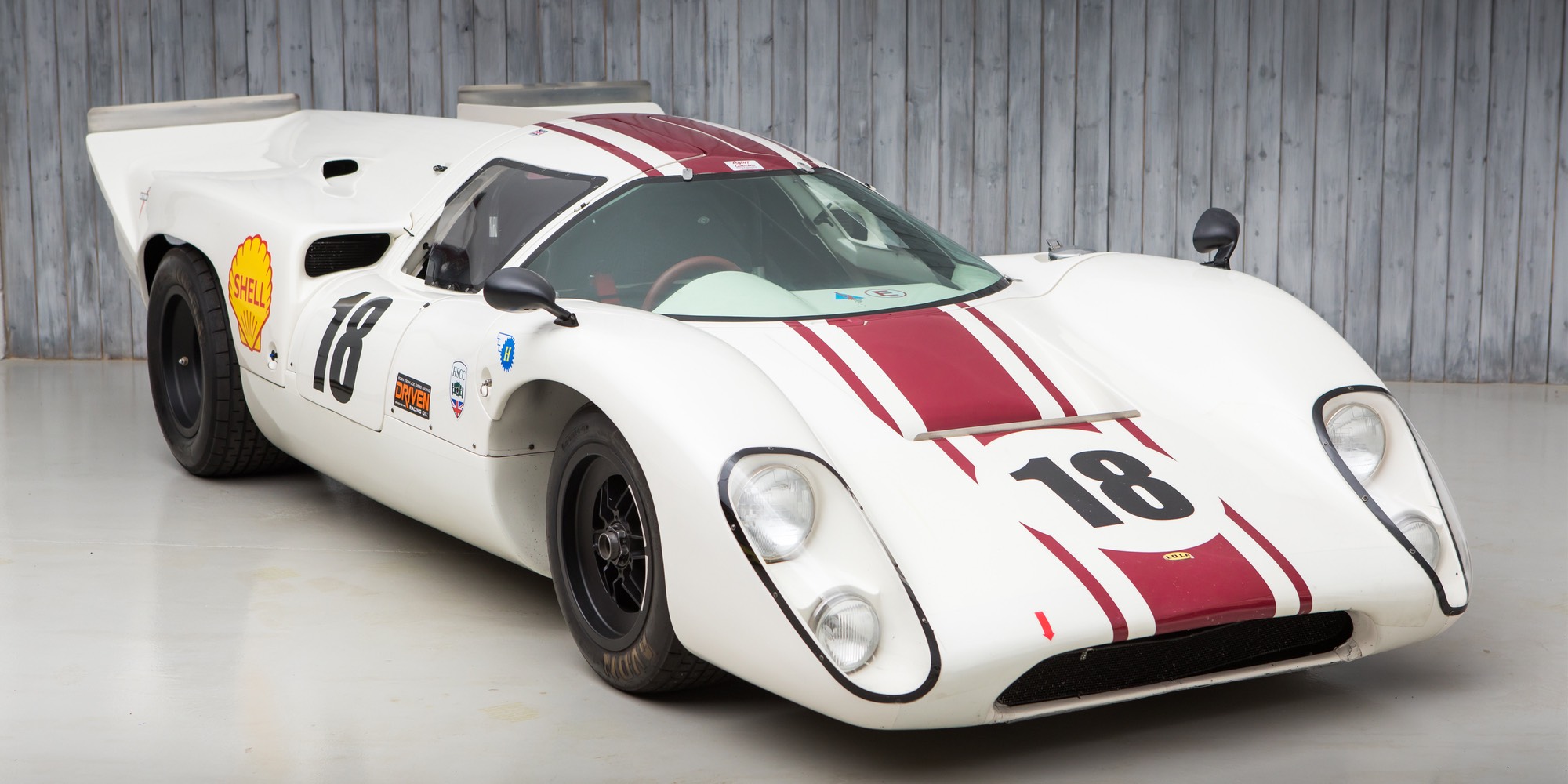 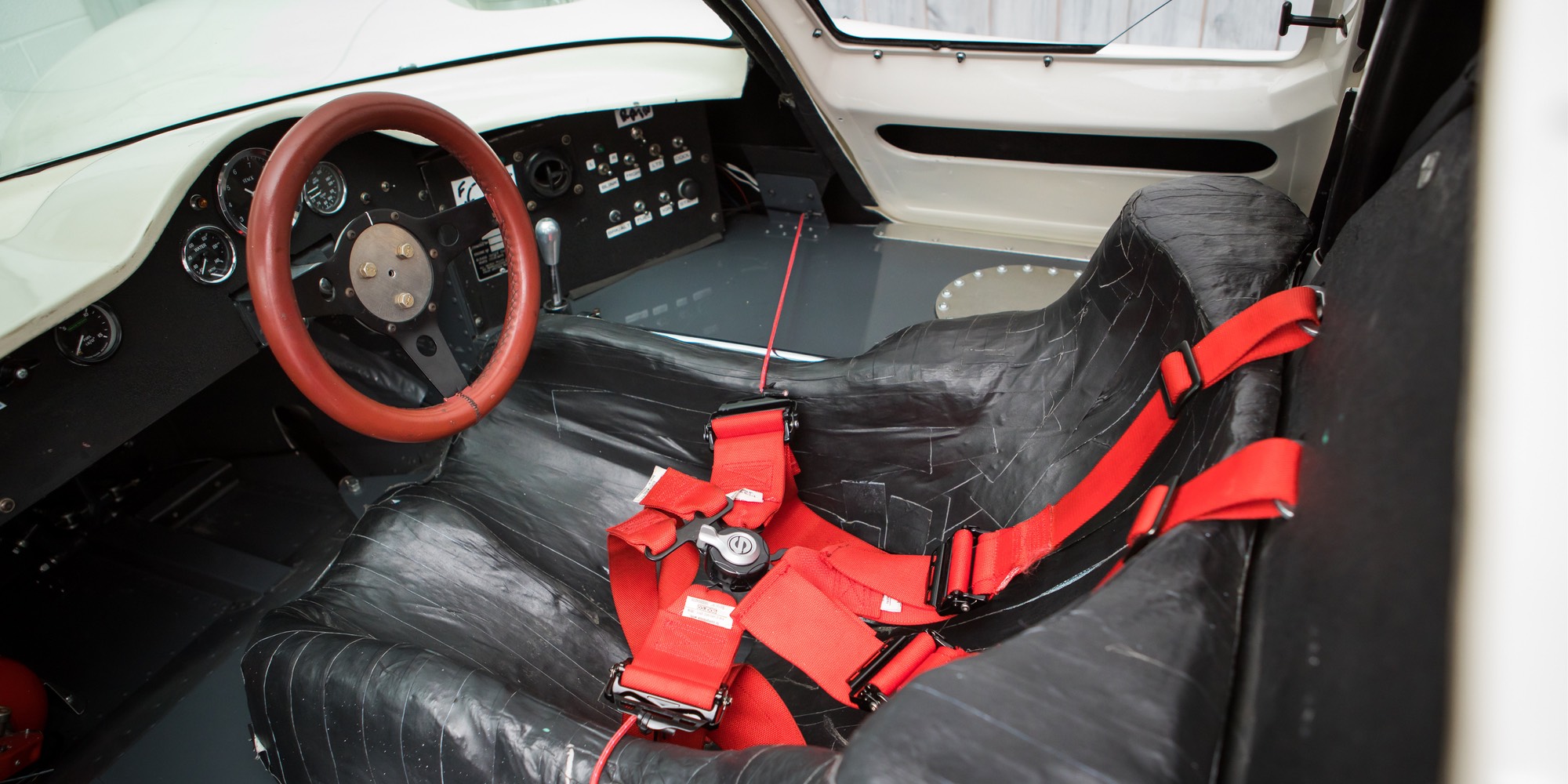 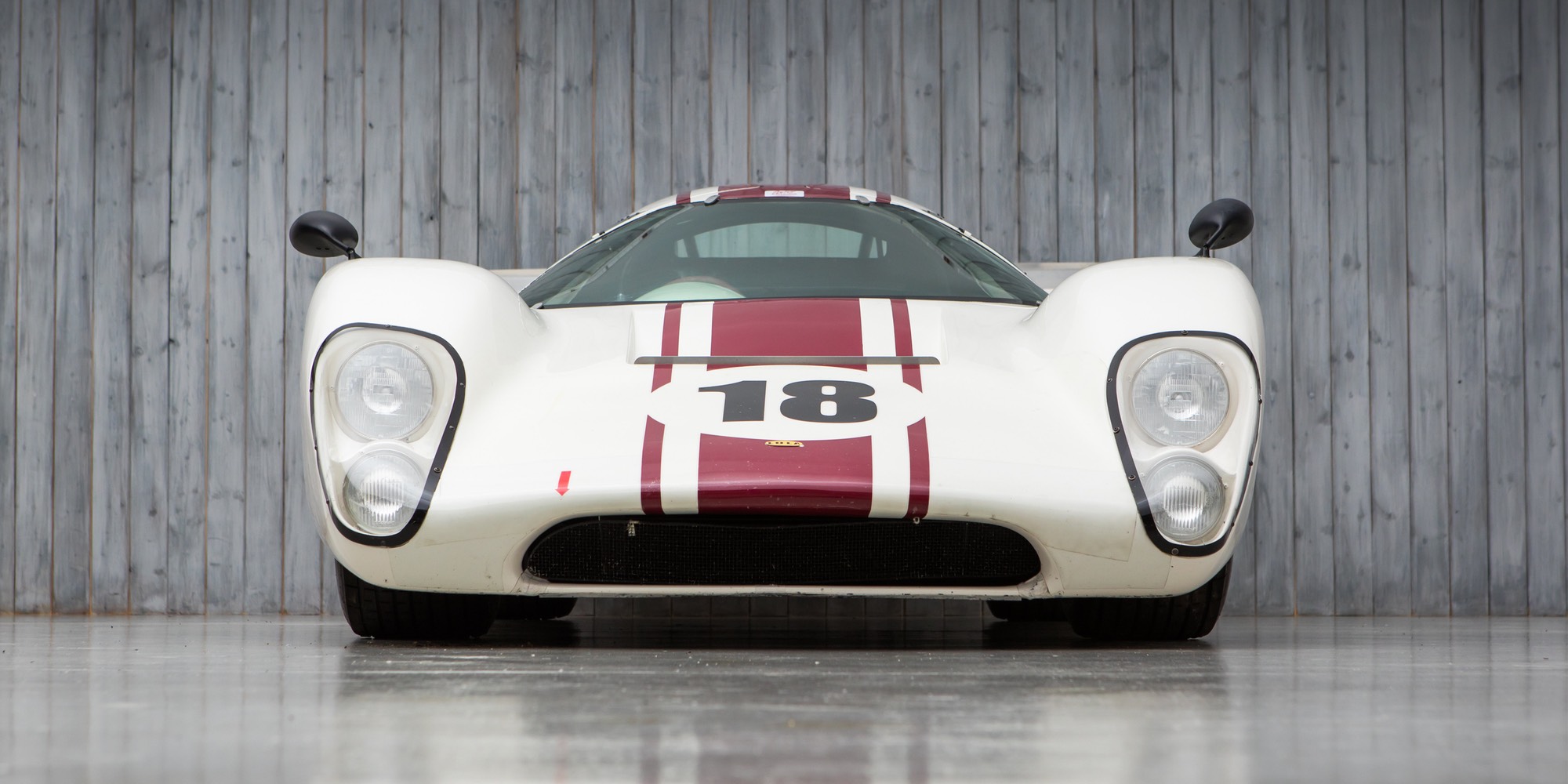 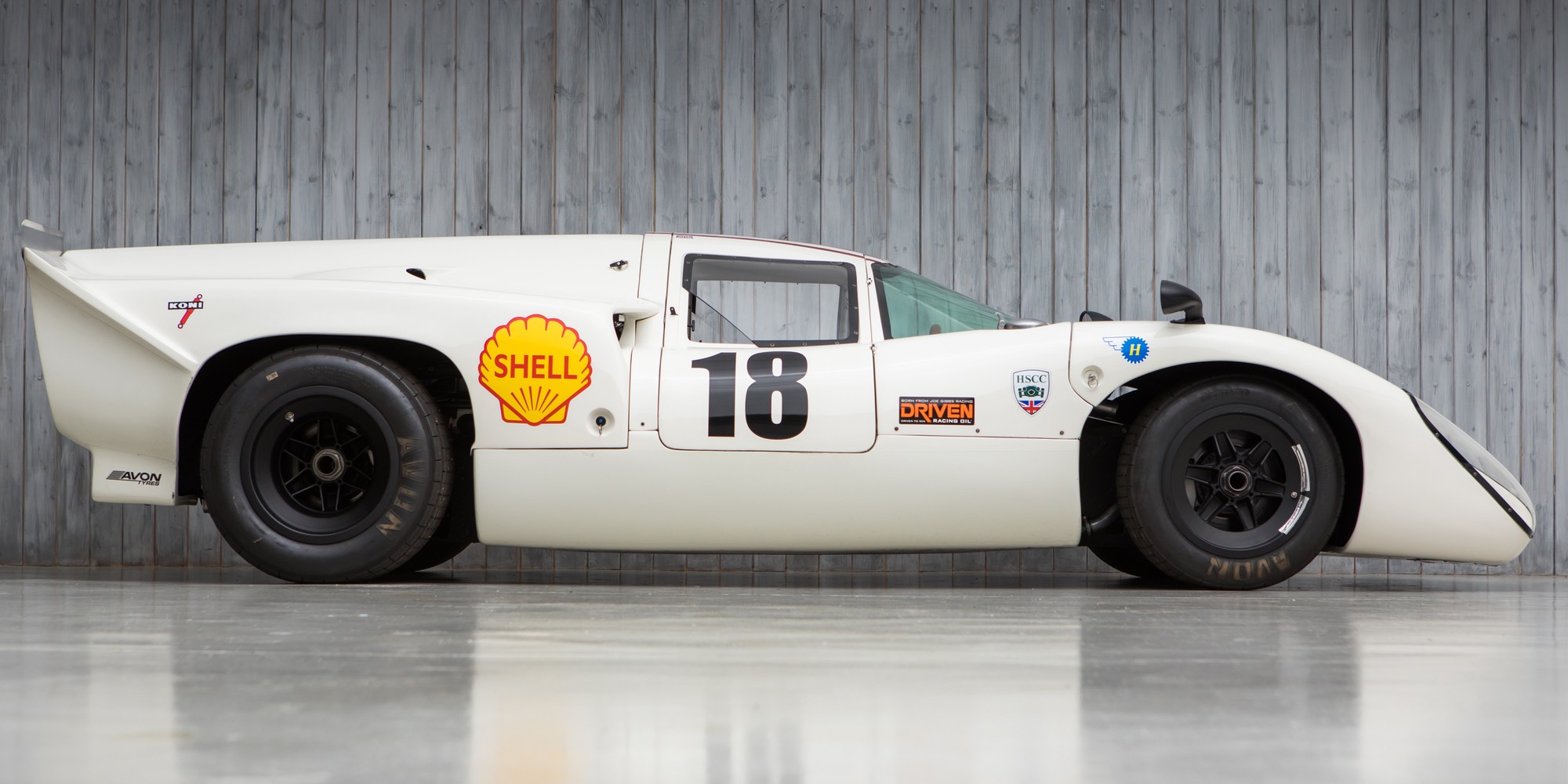 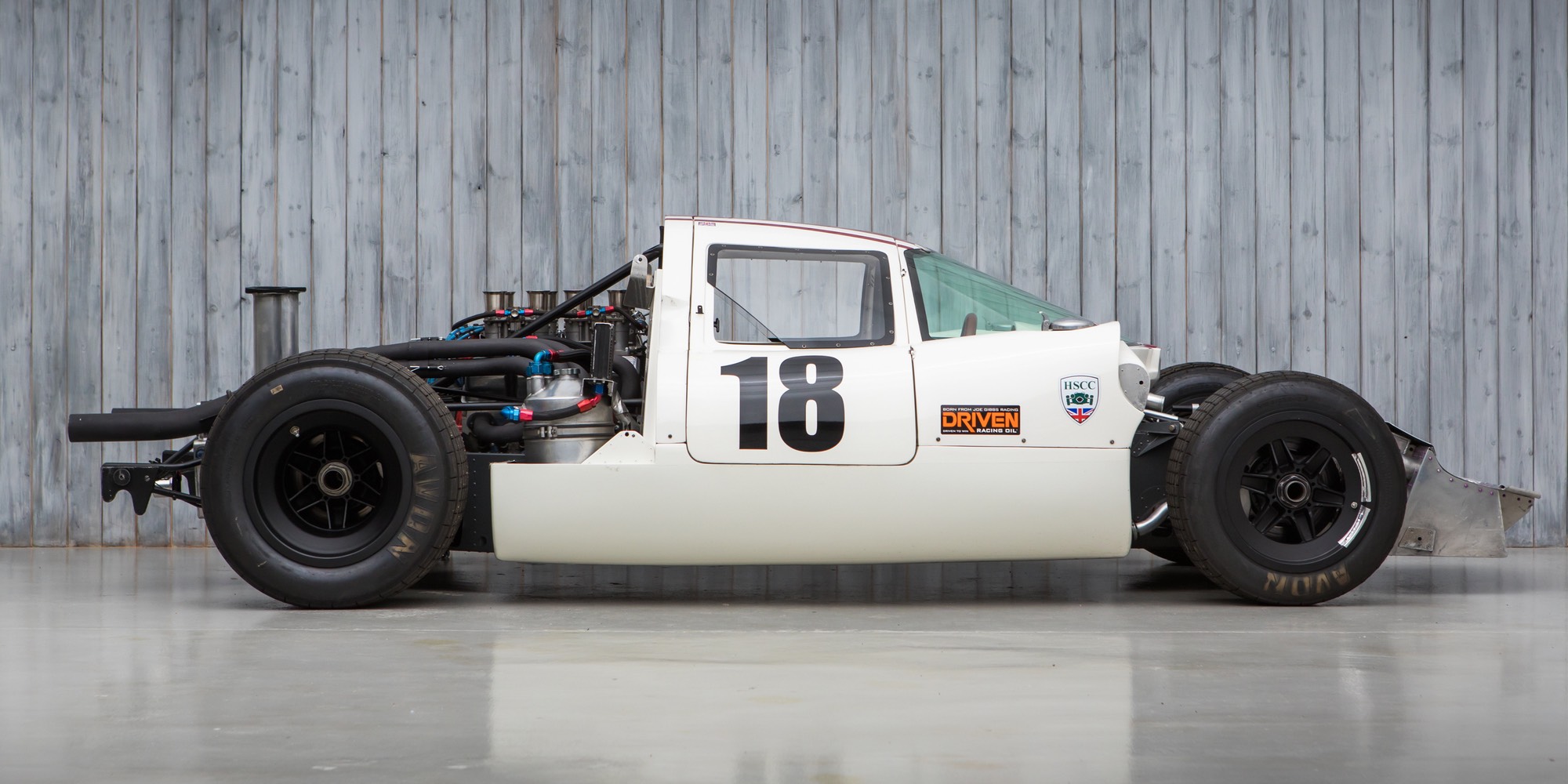 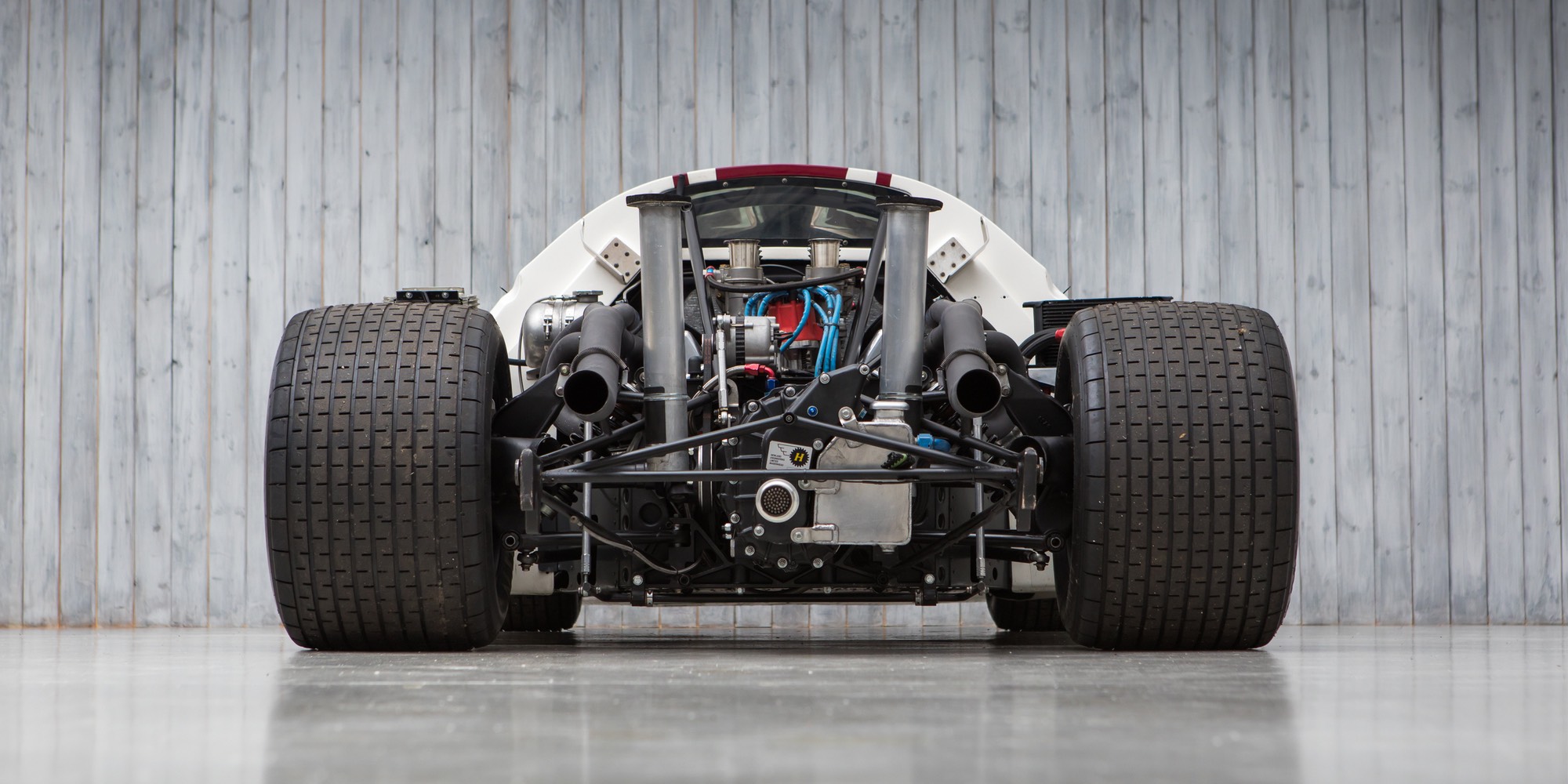 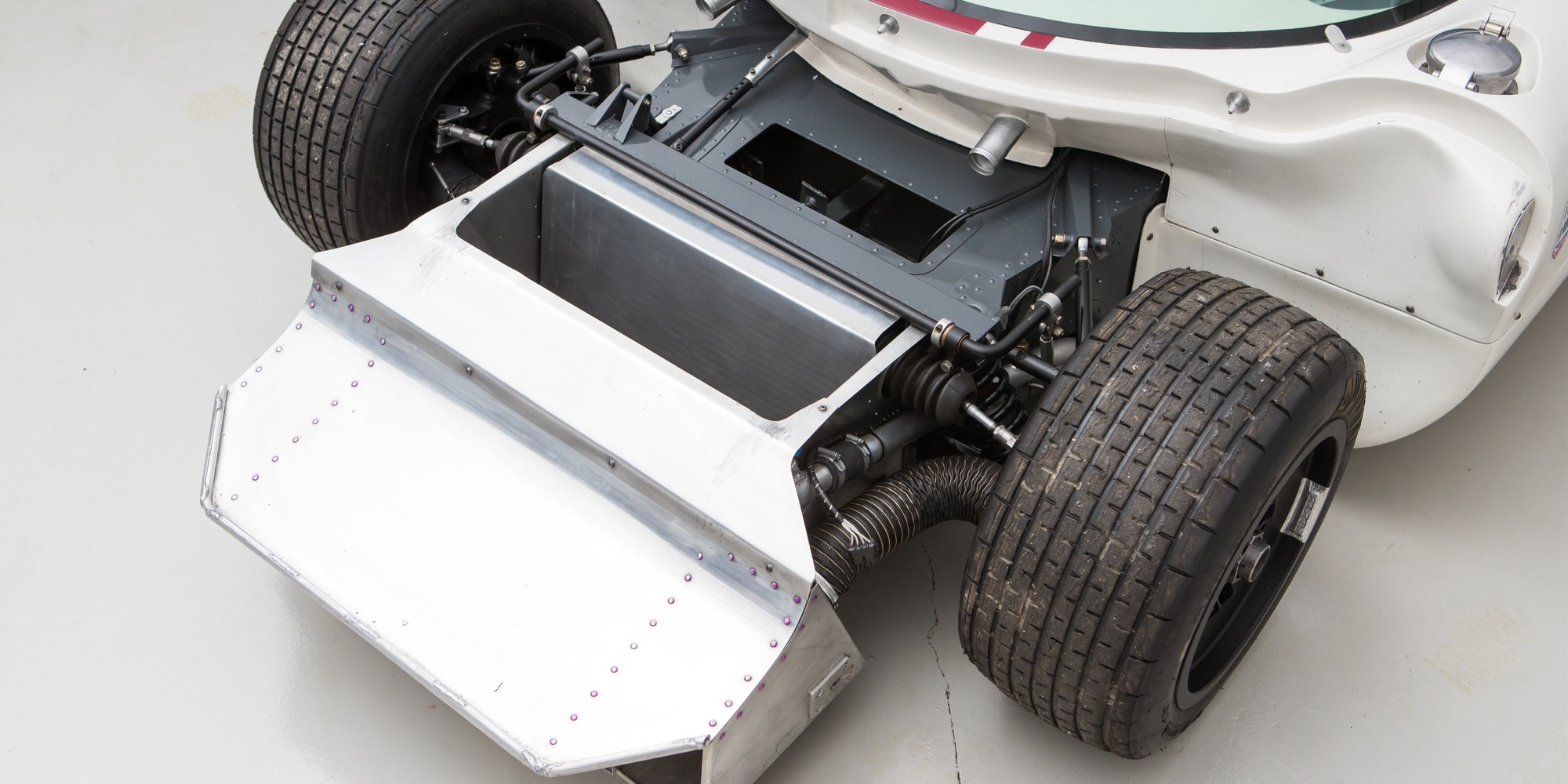 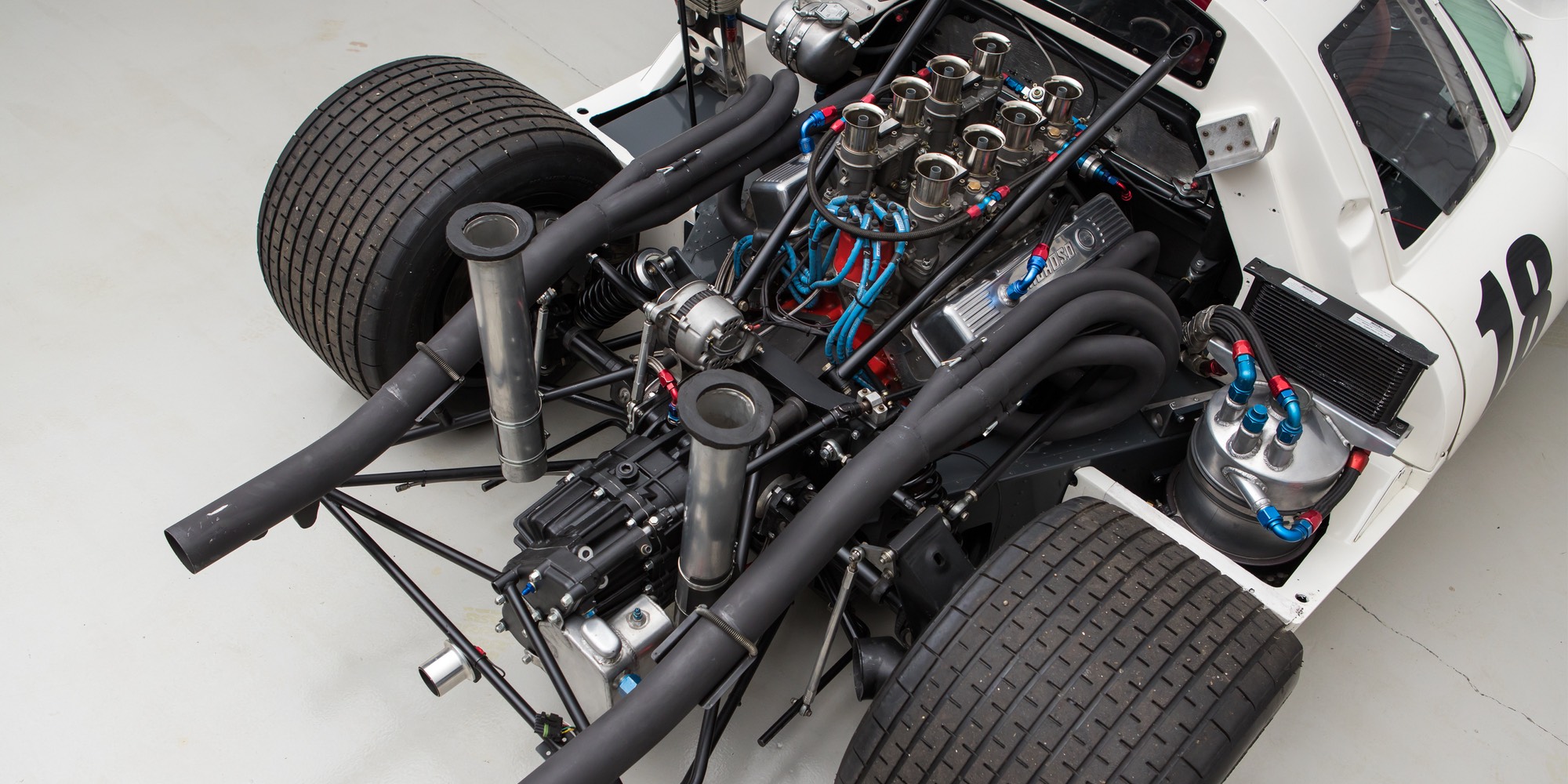 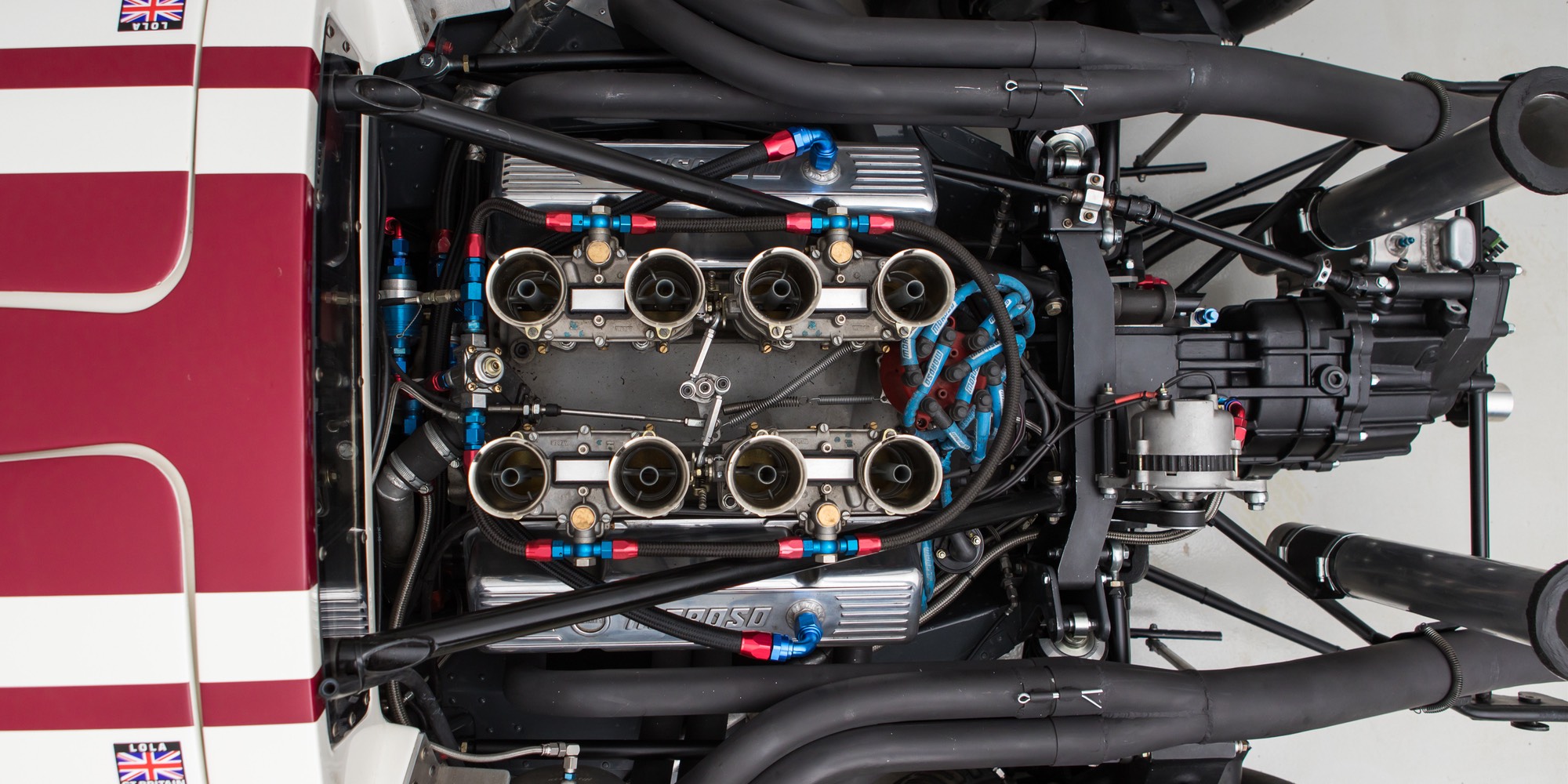 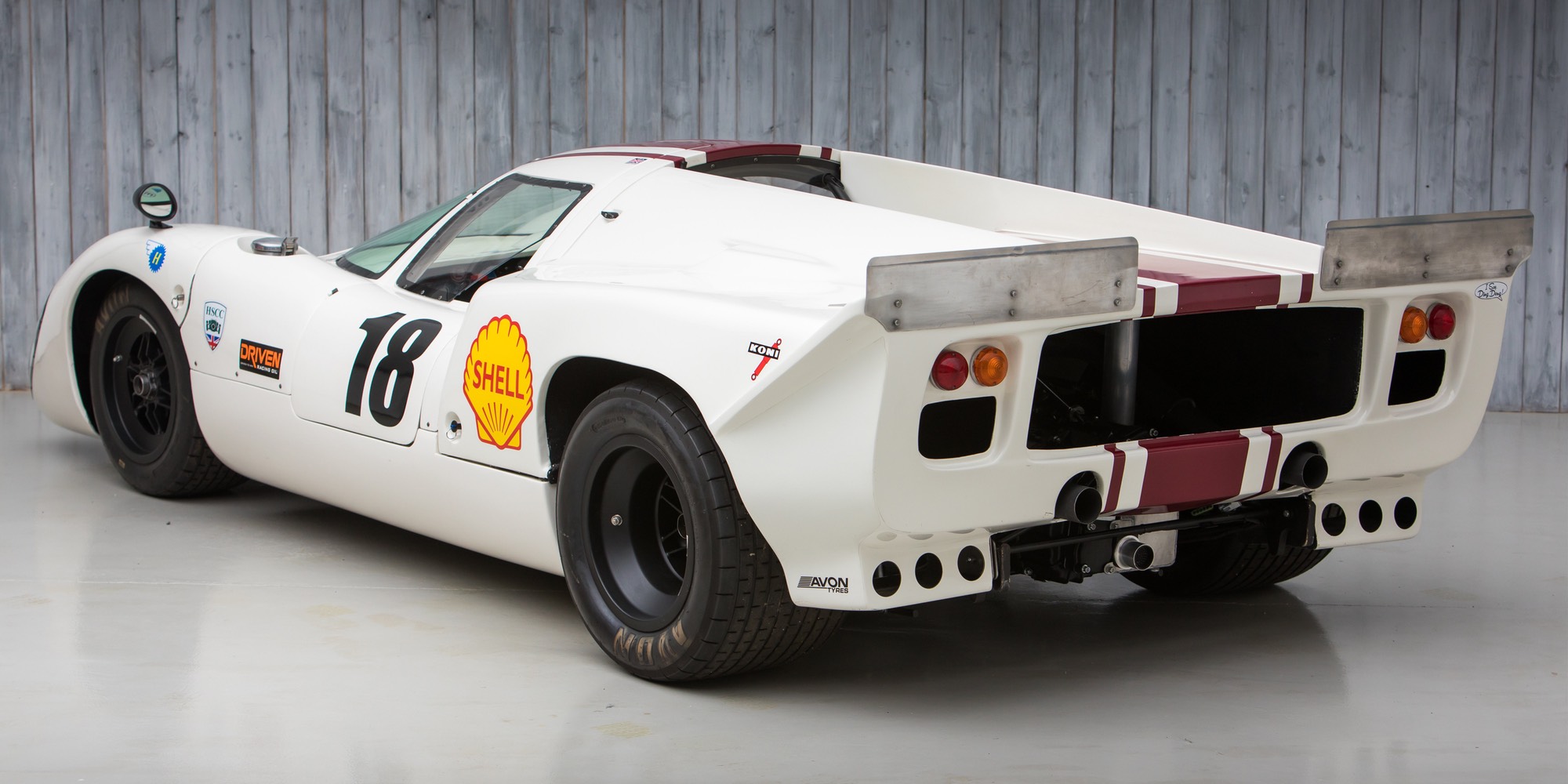 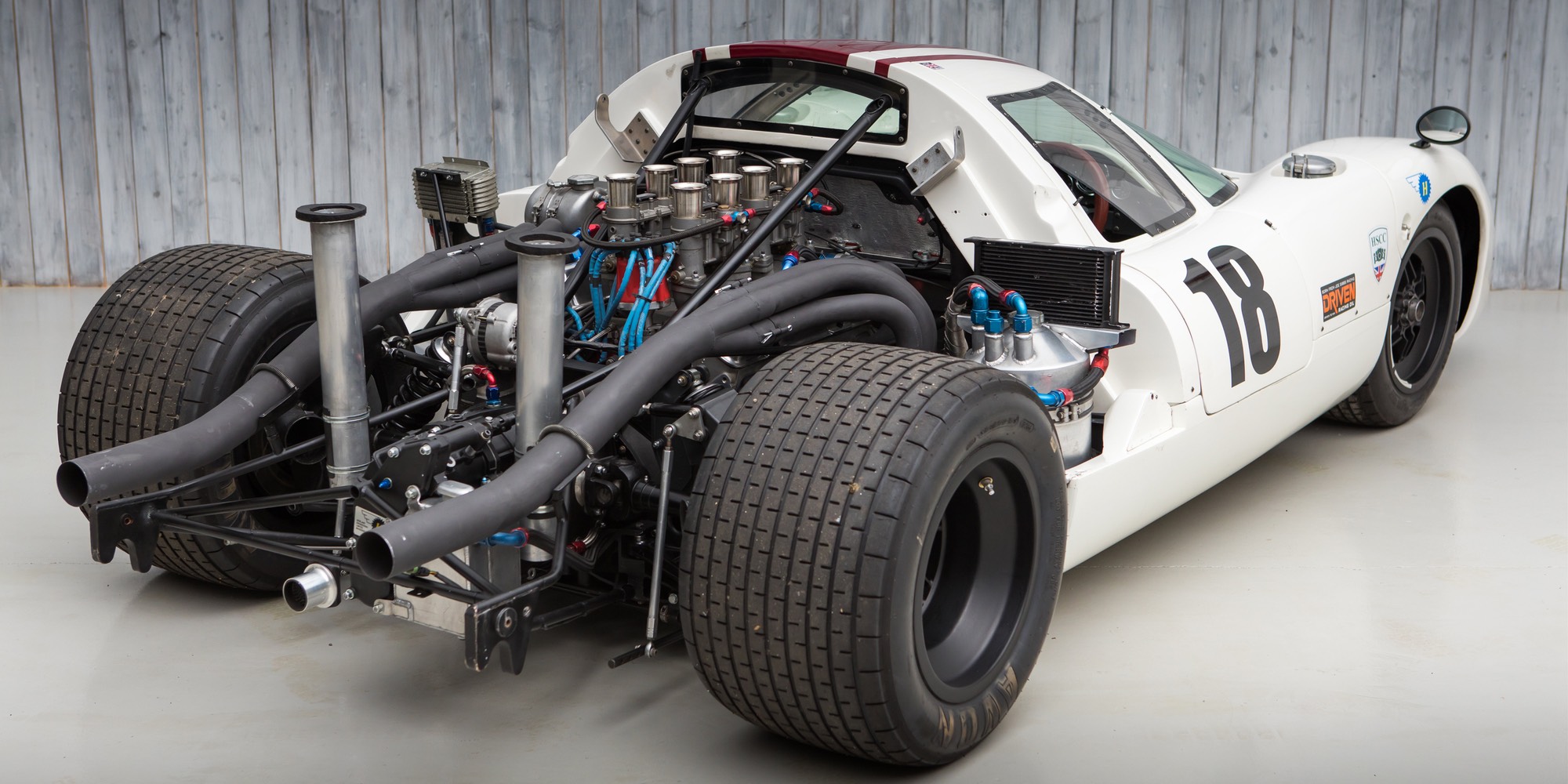 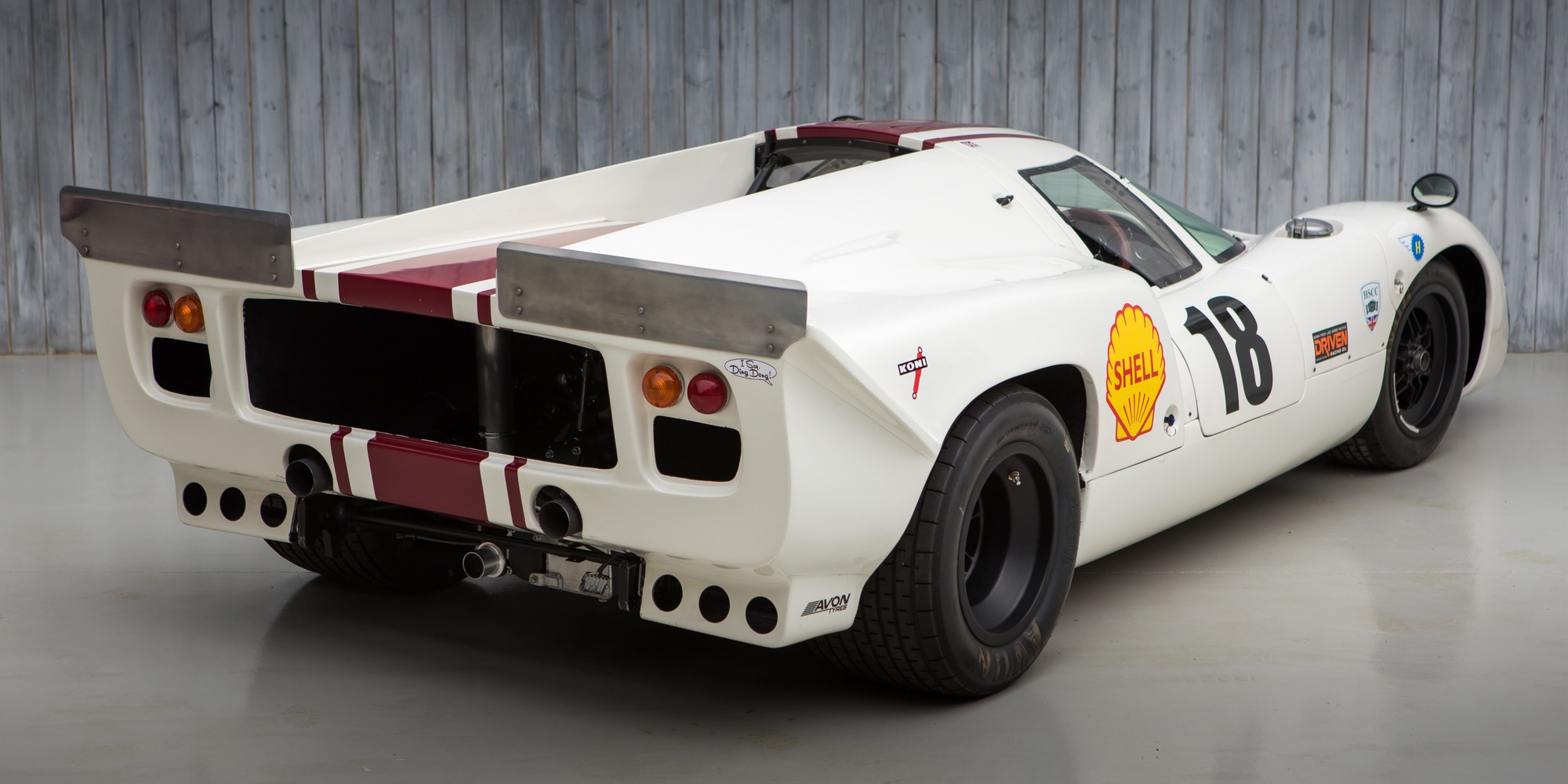 Established in 1958, Lola cars had an influential impact on the motor racing world from the minute they burst onto the scene with the stunning Lola Mk1. The company remained at the forefront of racing car design and construction for over half a century and enjoyed remarkable success with single-seaters as well as in Sports and GT racing.

Lola was founded and masterminded by one of most renowned and regarded British race car designers, Eric Broadley. Trained as an architect in the late 1940s and like so many of his compatriots, he started out building and racing his own creations. Spurred on by the success of the Broadley Special he turned his attention to a new, more sophisticated venture.

In July 1958 the Lola MK1 made its debut and was an instant success, turning the sports car world on its head. Single seaters followed with the Formula Junior Mk2 and Mk3 in 1960 and 1961. After only four years of being in business Lola took on the Formula 1 establishment with the Mk4 which proved to be very successful, becoming a regular at the front of the grid during 1962.

Soon came another sports racer with the Mk6 GT, a project of Broadley’s which combined the compact size and strong performance of a Ford V8 with an aluminium monocoque chassis. In 1963, after showing promise at Le Mans, Ford bought the project from Lola and tested the car further involving Broadley himself. This Mk6GT really laid the foundation for the GT40, a car which became a legend of sports car racing worldwide.

Broadley’s work with Ford had come to an end during 1964, and now back to focus on Lola he designed some Formula 2 cars before creating a new challenger for the Group 7 regulations, the T70. With Group 7 becoming a popular grid both in Europe and America, Broadley incorporated an American V8 engine as with the Mk6 GT that went before.

The new T70 used a full length aluminium monocoque with fabricated steel bulkheads and the engine being a semi-stressed member. A relatively conventional double wishbone suspension layout was used and Hewland’s new LG500 gearbox was specified, this magnesium cased unit having been designed specifically for use with high output V8 engines. Closely fitting around this ensemble was another classic body design, penned by Jim Clark of Specialised Mouldings.

John Surtees was one of the first customers for the T70, running what in effect was a ‘semi-works’ team in 1965. Traco prepared Chevrolet V8s were used, a 5.0-litre unit at first and then from mid-season a 5.9. A Mk2 version of the T70 became available before the end of the ’65 season, Broadley, taking advantage of the forthcoming deletion of the ‘spare wheel’ requirement to redesign the nose, replacing the original twin radiators with a large single unit while incorporating a host of detail improvements to both chassis and suspension. The result was a car which, in prototype form, was driven to a convincing victory by Surtees in the Guards International Trophy at Brands Hatch on the August bank holiday weekend. The Lola T70 remained a popular choice for teams and privateers alike, among whom it was rated as the best handling car of its type.

When the new Group 4 category regulations came in for 1967, Broadley homologated the T70 in what became Mk3 form, building the required 40 cars by end of the 1966. The Mk3 was produced in such a way that they could either be run as spyders for Group 7 or Coupes for Group 4. A 6.0-litre small block V8 was used for power, and the new T70 Mk3 Coupes challenged the GT40s which also ran in Group 4 through 1967.

Regulation changes for 1968 meant that the engine size was forced to be reduced to 5.0-litre in order for it to be able to run in Group 4. Success was found in sprint races, but reliability issues plagued the Chevrolet engines over longer distances.

Broadley and Lola stepped things up for the 1969 season, redesigning the T70 to produce the Mk3B. Although just a B was added to the designation, the only part carried over from the Mk3 Coupe was the windscreen. The Mk3B used a full aluminium monocoque, similar to that of the 1968 T160 Cam-Am car. It retained the 5.0-litre Chevrolet V8 from before, and for the most part a revised Hewland gearbox, the LG600 now with five forward gears.

Building on the success of the Lola T70 in sports car racing, Lola developed the Can-Am T160 model in 1968. Effectively a spider version of the T70 Mk3B, the T160 was refined further for 1969 with the T163 model. SL163/18 was supplied through U.S. importer Carl Haas to the Robbins-Jefferies Racing Team and fitted with a Chaparral prepared aluminium Chevrolet 427 engine.

The Robbins-Jefferies Racing Team had Ronnie Bucknam drive for them in the first race at Watkins Glen, and subsequently it was Peter Revson who piloted the T163 through the next seven races in 1969 for the team. Running with a high rear wing, Revson took a best result of 4th at Road America. For 1970, the T163 was bought by Dave Causey who continued to race in the Can-Am series, taking 2nd at Road Atlanta and 4th overall in the 1970 Can-Am series.

Causey then traded the T163 to Carl Haas, who sold it to Bill Overhausser Jr. Remaining un-raced by Overhausser Jr, the T163 was sold to Dick Raymond in 1972 and campaigned by him between 1973 and 1975. The T163 was bought by Barry Goldstein in late 1975 and then converted to use on the road with a T70 Mk3 coupe body. Next it went to VIP Toy Store LA, and then purchased by Eric Feldman in 1981 before going to Frank Cooke and then Stanley Siegel. From Siegel the T163 was bought by Azabu Ent. in Japan, and returned to the U.S.A. in 1992 with Rick McLean.

McLean sold the T163 on to Bud Bennett and Joe Wally. Bennett’s company, RM Motorsport, rebuilt the T163 on a new chassis and body back to spider specification retaining the SL163/18 identity. At this point, in 2005, the old chassis and coupe body was sold to Louis Buffalo. Buffalo kept them until selling to the last owner in 2008, when they were restored back to a car, with the identity SL163/18A.

With the last owner having used the car in Australian and  American historic racing, it was bought by the current owners in 2018 before being brought over to England. Since its arrival in England, a huge amount of work has been undertaken to bring the car to FIA compliant Lola T70 Mk3B form.

A new T70 Mk3B monocoque chassis was ordered and made by RJ Simpson Engineering, and the old T163 monocoque was removed from the car. Into the new chassis was fitted a new, top specification Peter Knight 5000cc Chevrolet Small Block V8 engine.

This was mated with the Hewland LG500 gearbox, rebuilt with no expense spared by Racing Transmissions. A new set of exhaust pipes were made, and all of the stressed components were crack tested as required by the FIA in December 2018. New Advanced Fuel Systems fuel bag tanks were fitted, and are valid until March 2024.

Two new sets of wheels were ordered from Berazzi Racing wheels, alongside the magnesium wheels fitted to the car, bringing the total number of sets to three. Also accompanying the car are a new spare nose, a new spare tail, new spare wishbones, a new spare nosebox, and the original Lola T163 monocoque.

Having just been granted new FIA HTPs, the Lola is eligible for the FIA Masters Historic Sports Car Championship, HSCC Thundersports, and Peter Auto’s CER 1 series, where Lola T70 Mk3Bs have long proven themselves to be very competitive in the right hands.