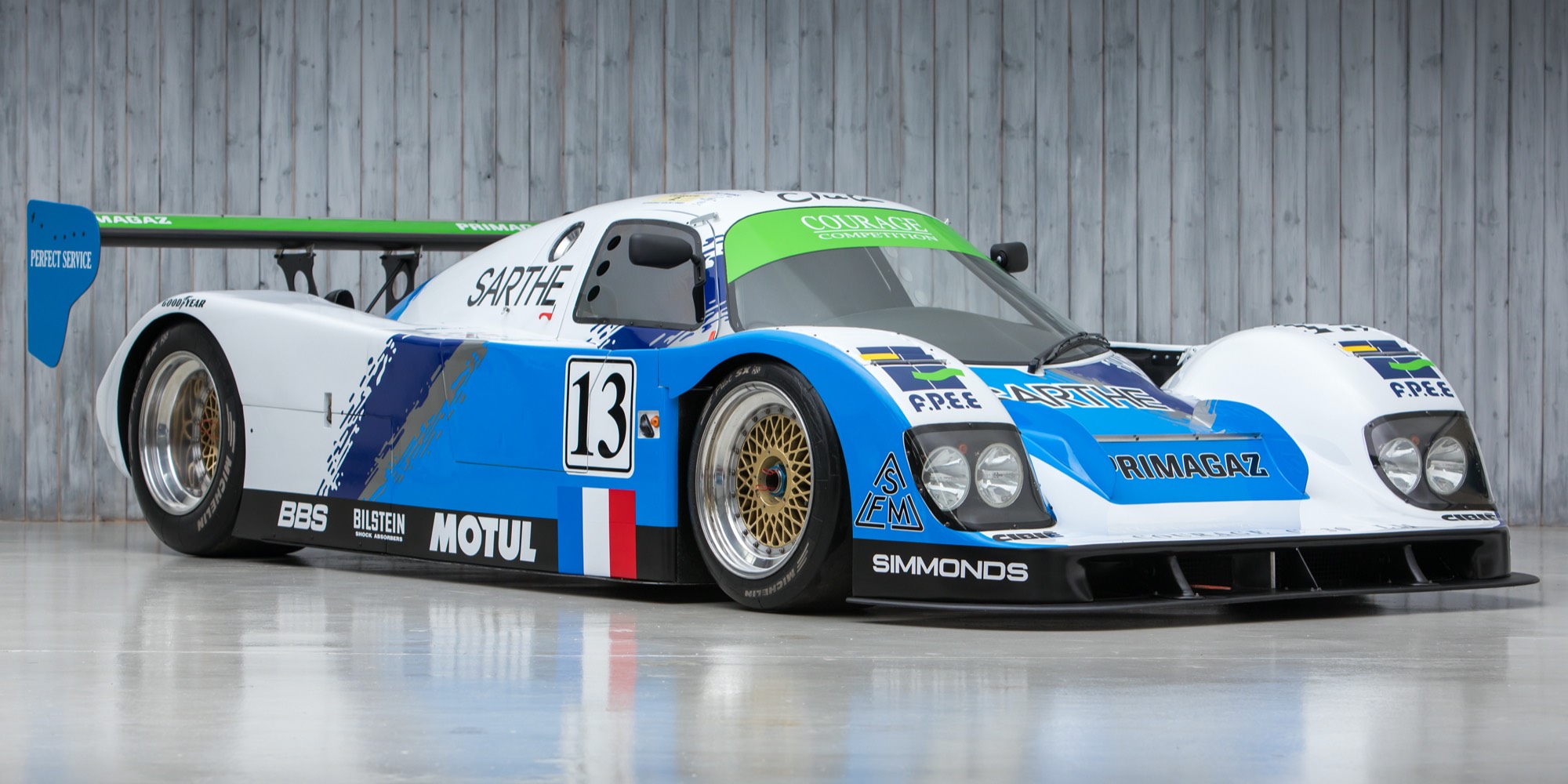 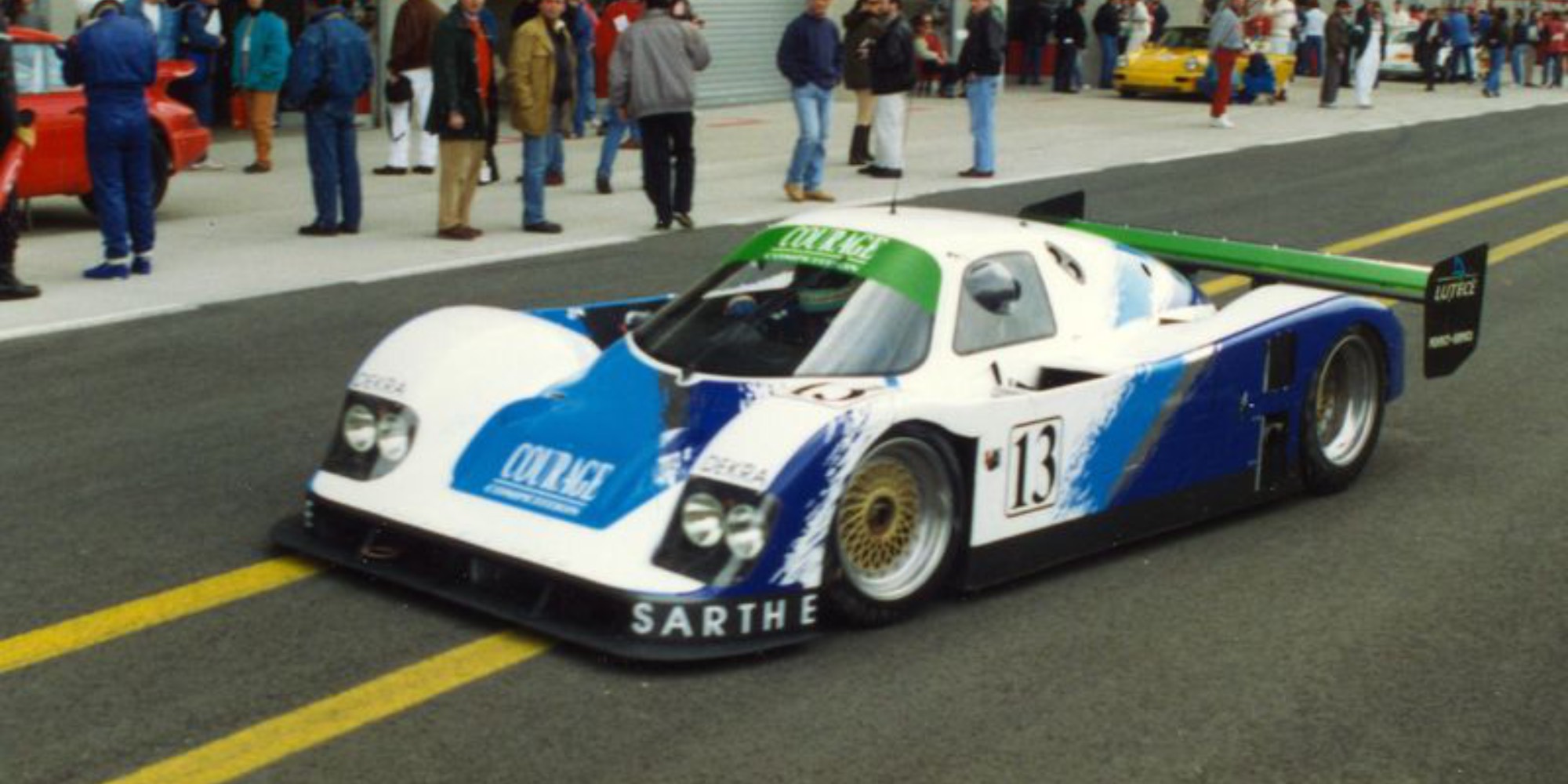 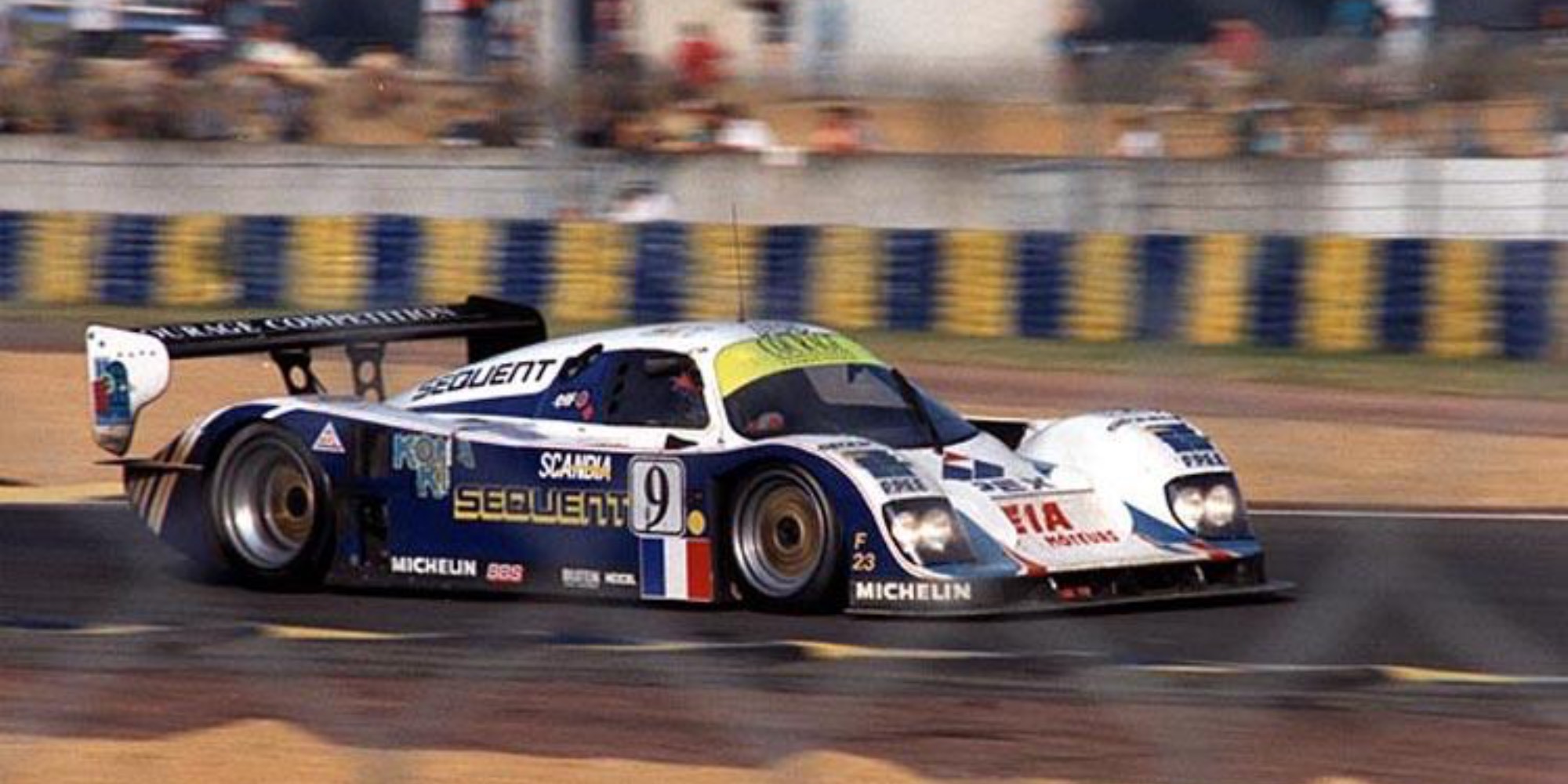 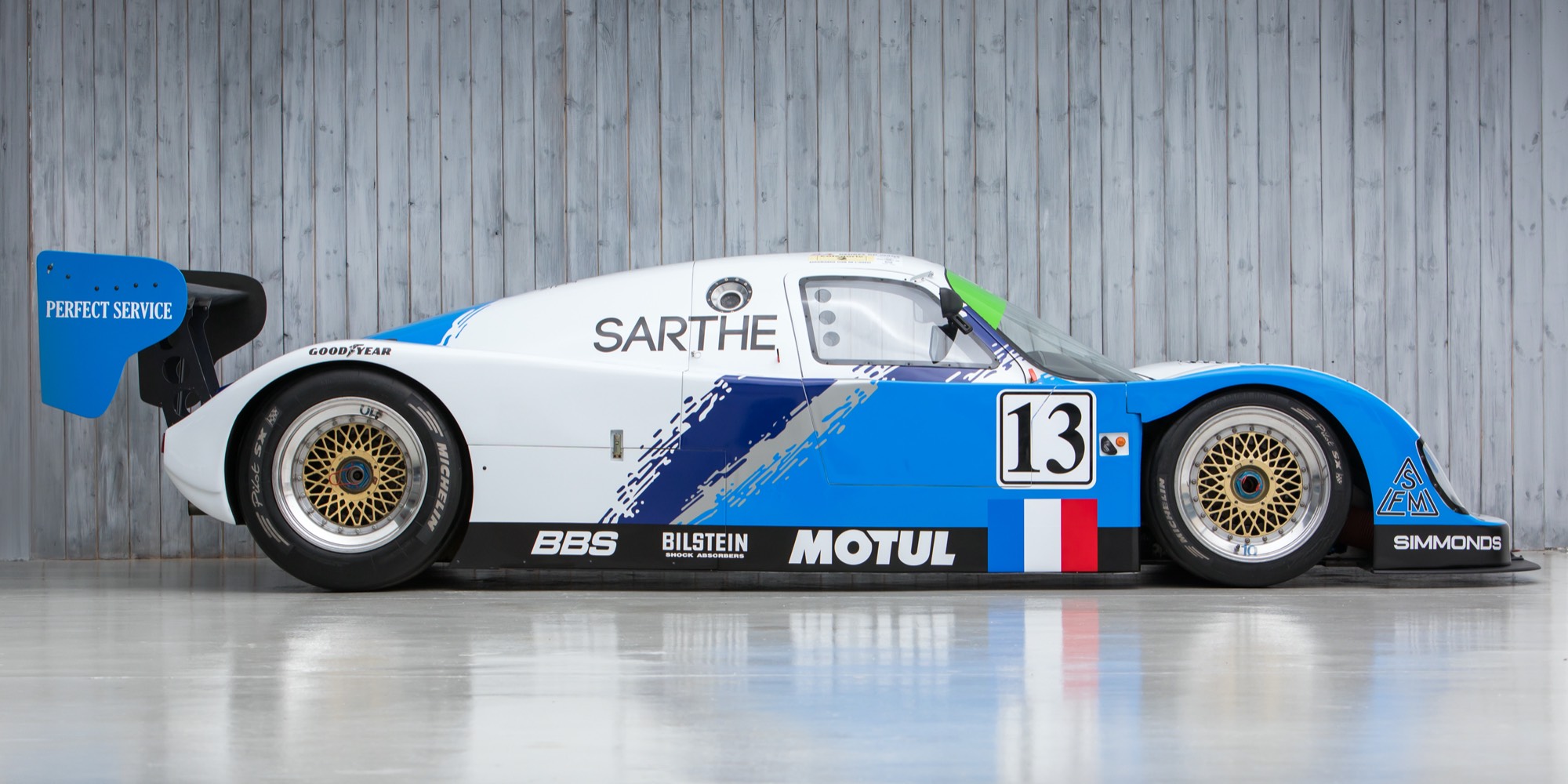 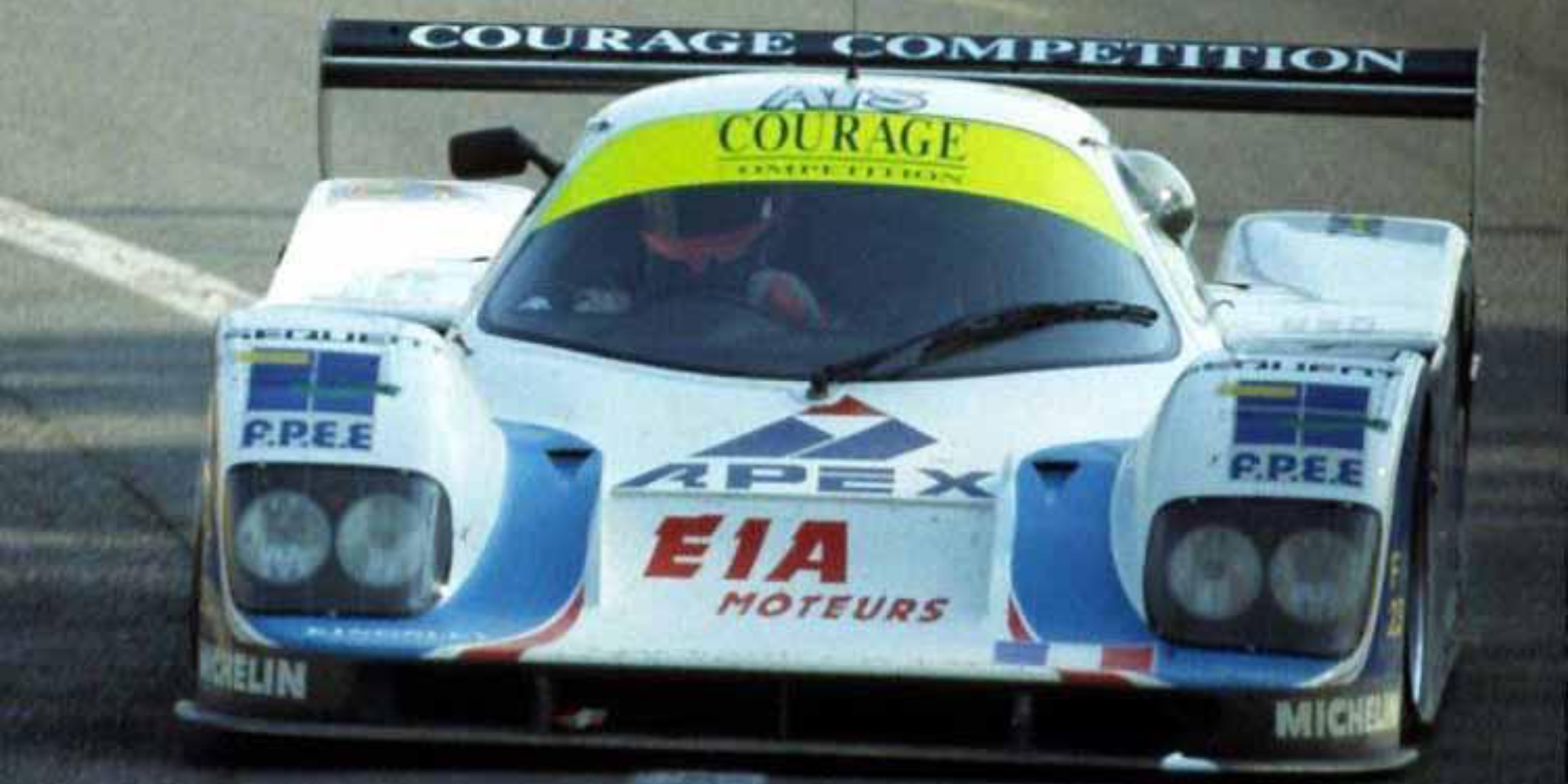 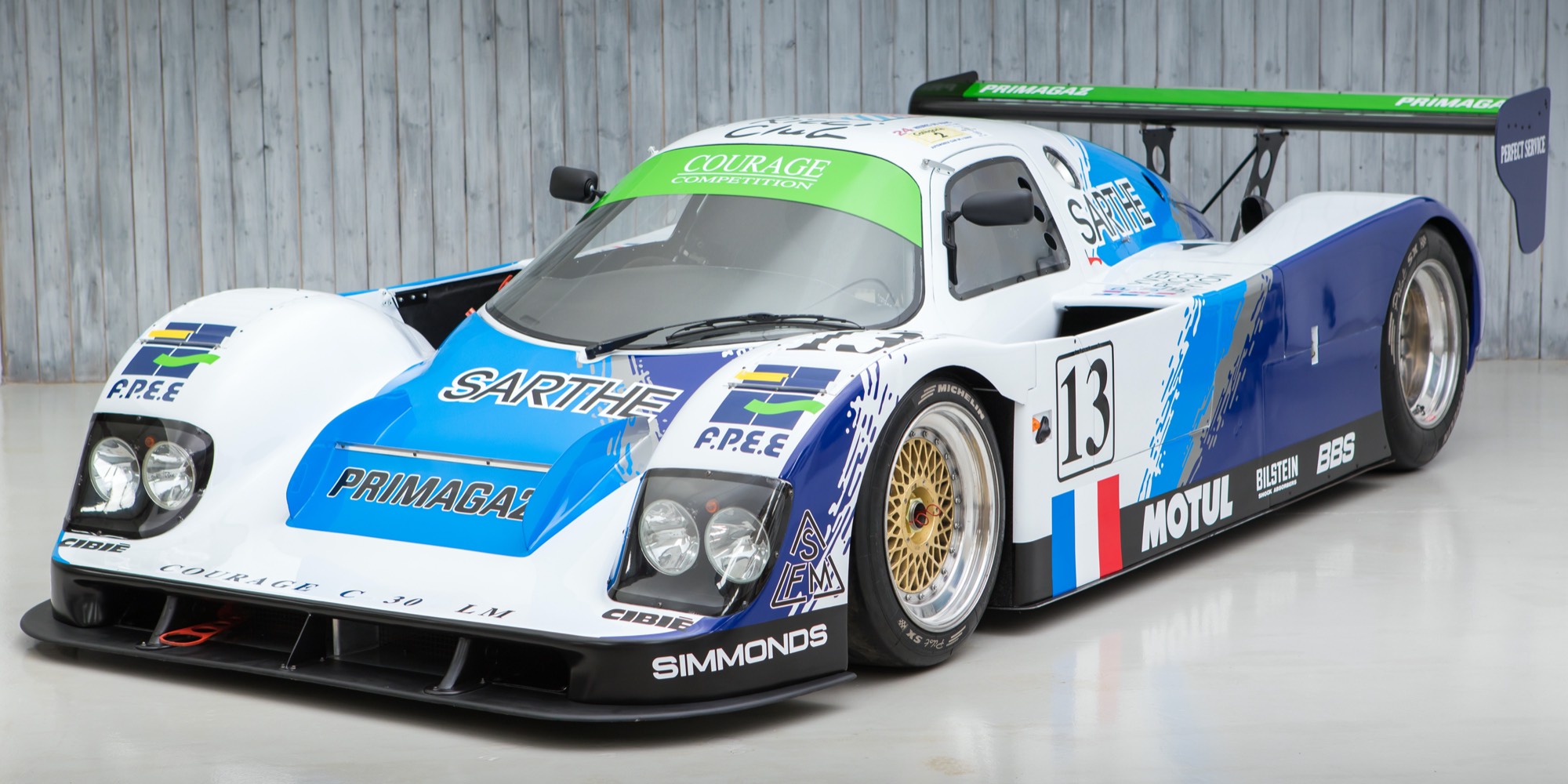 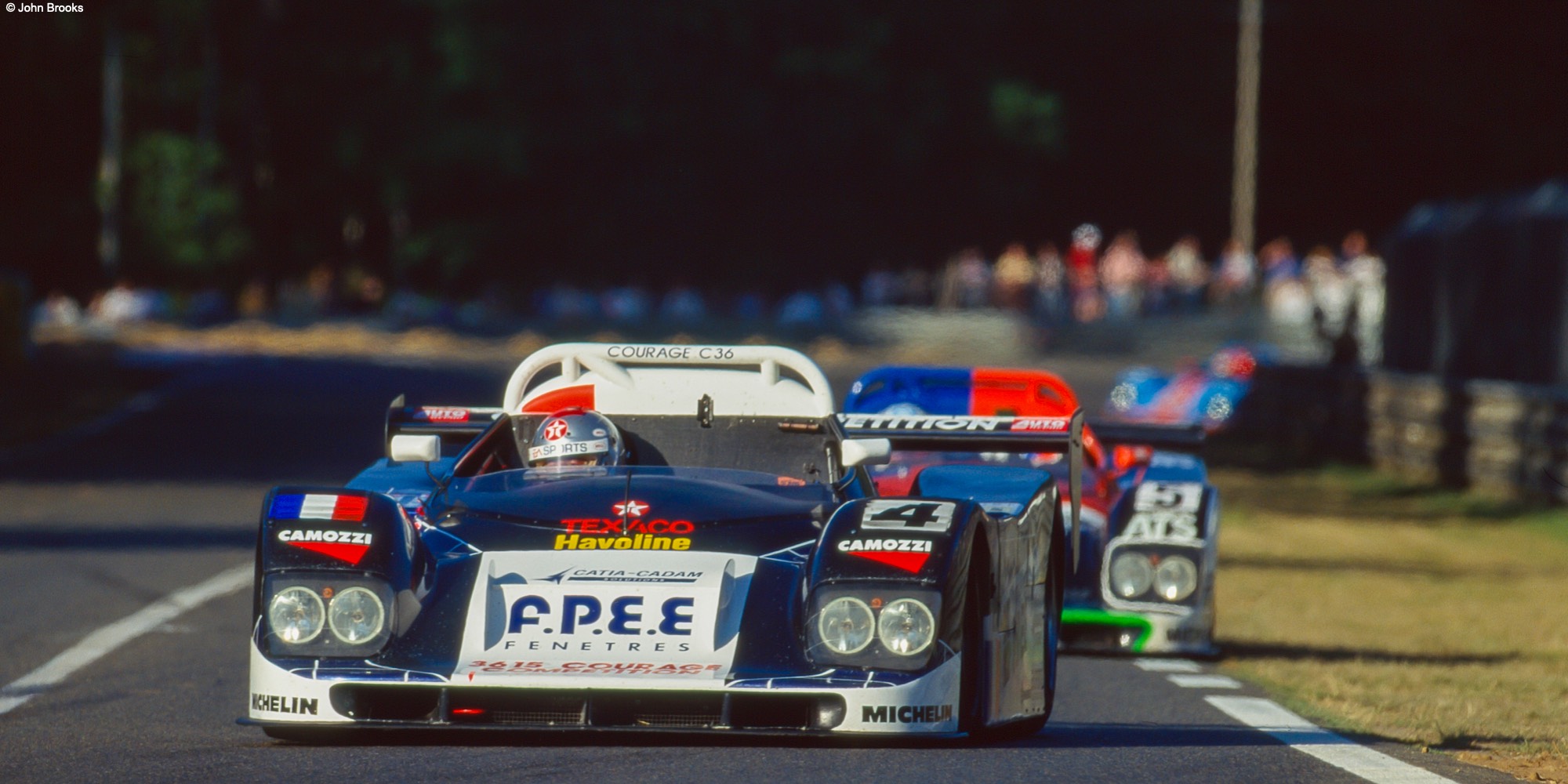 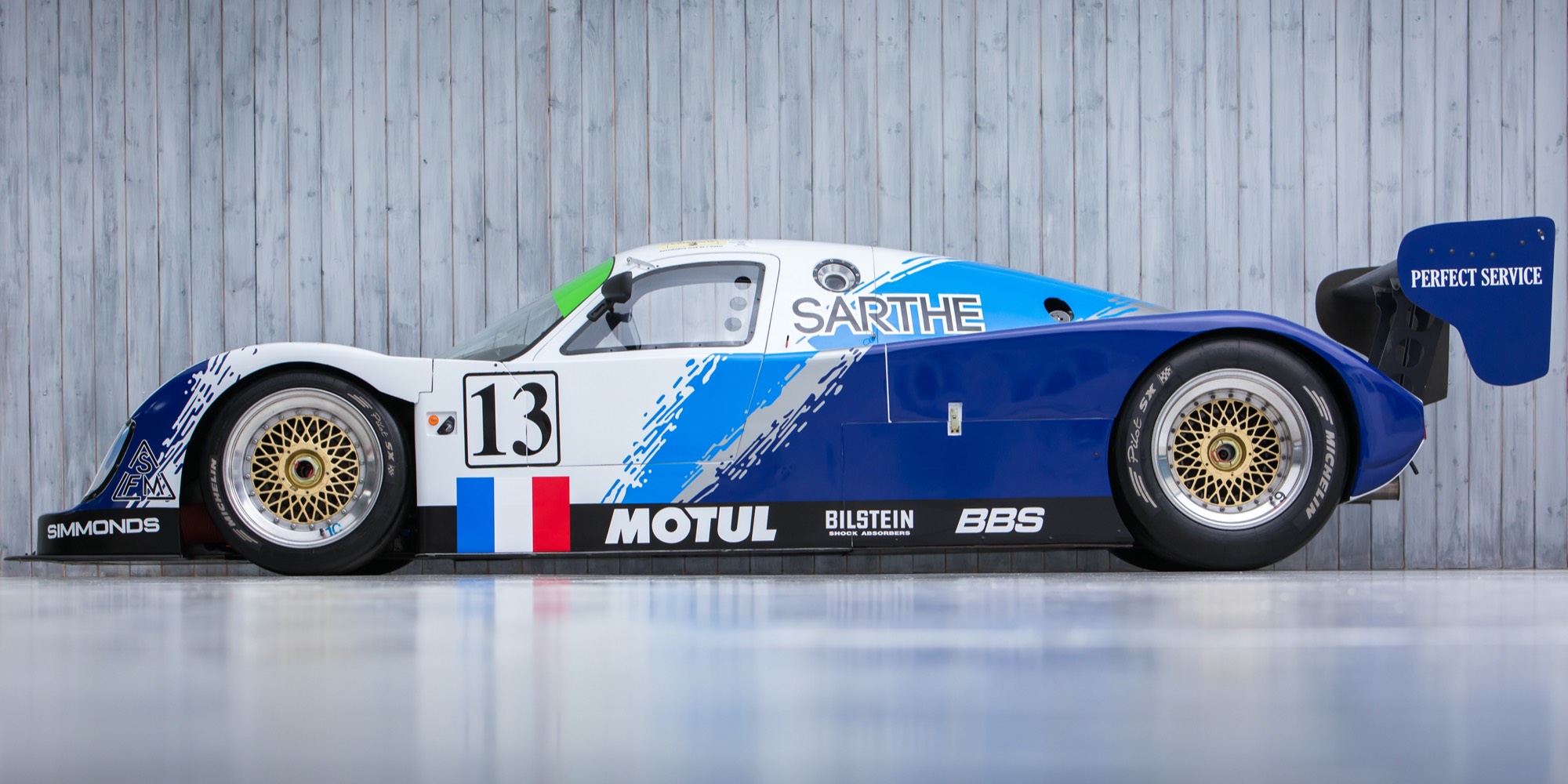 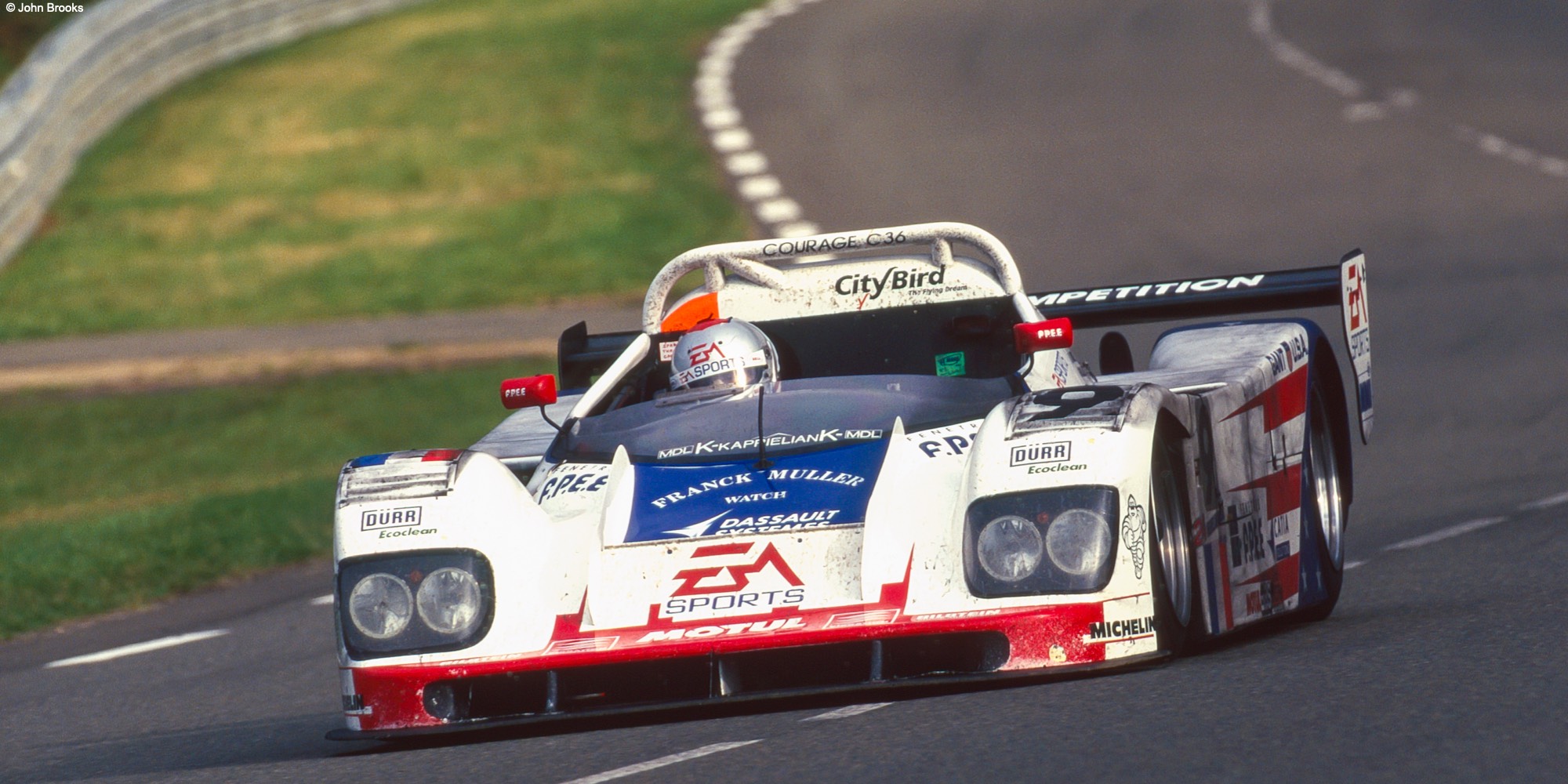 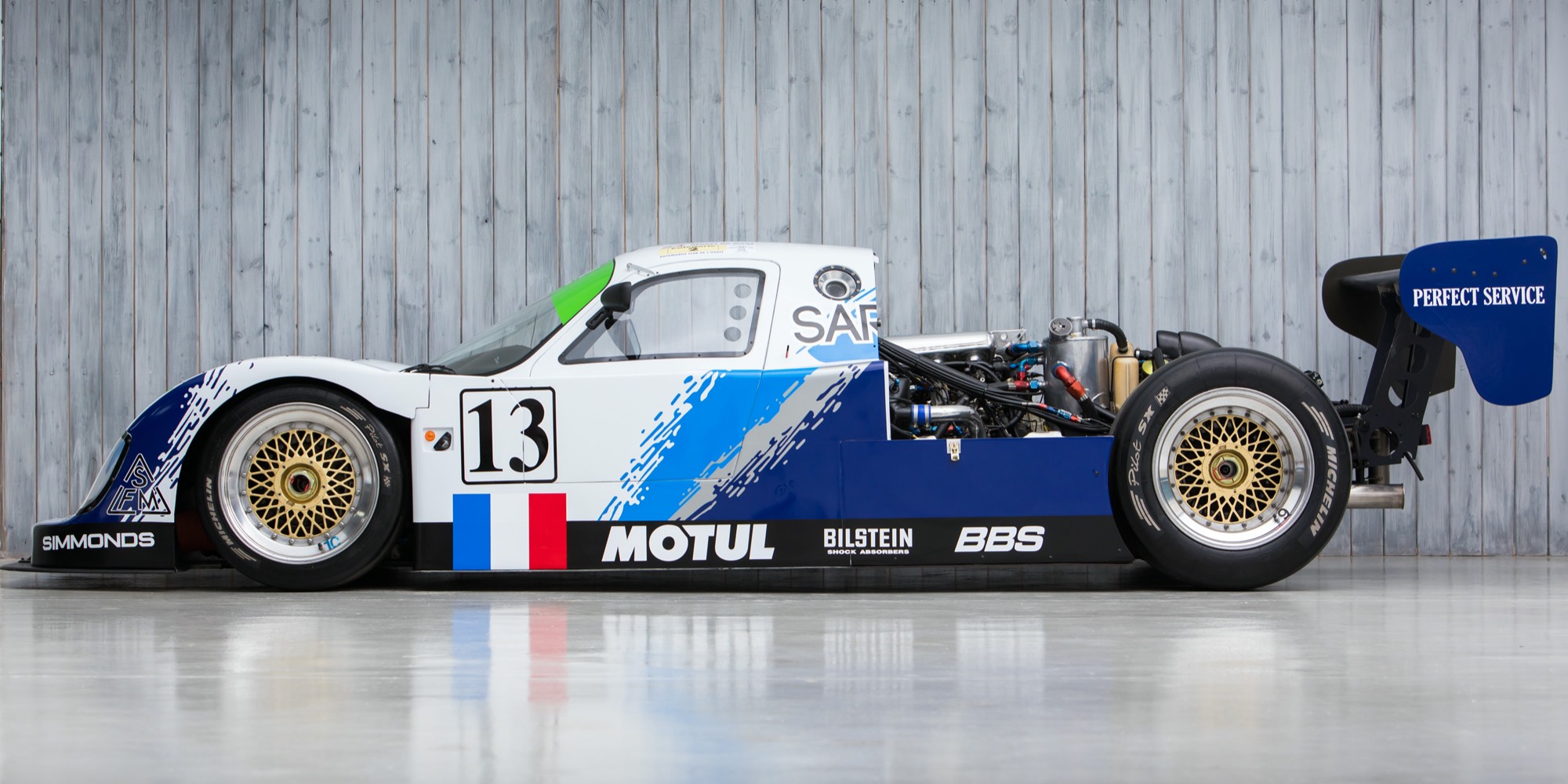 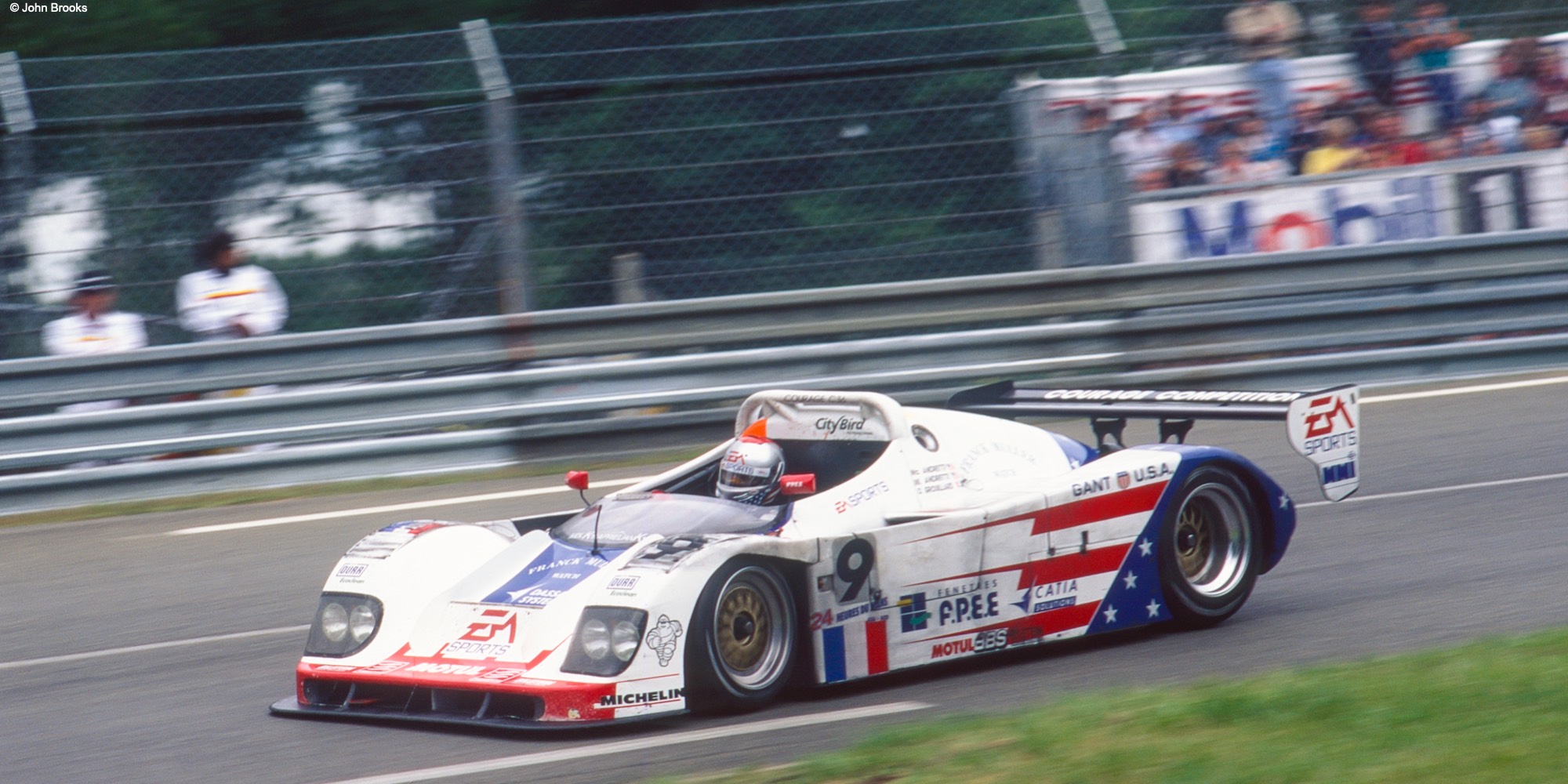 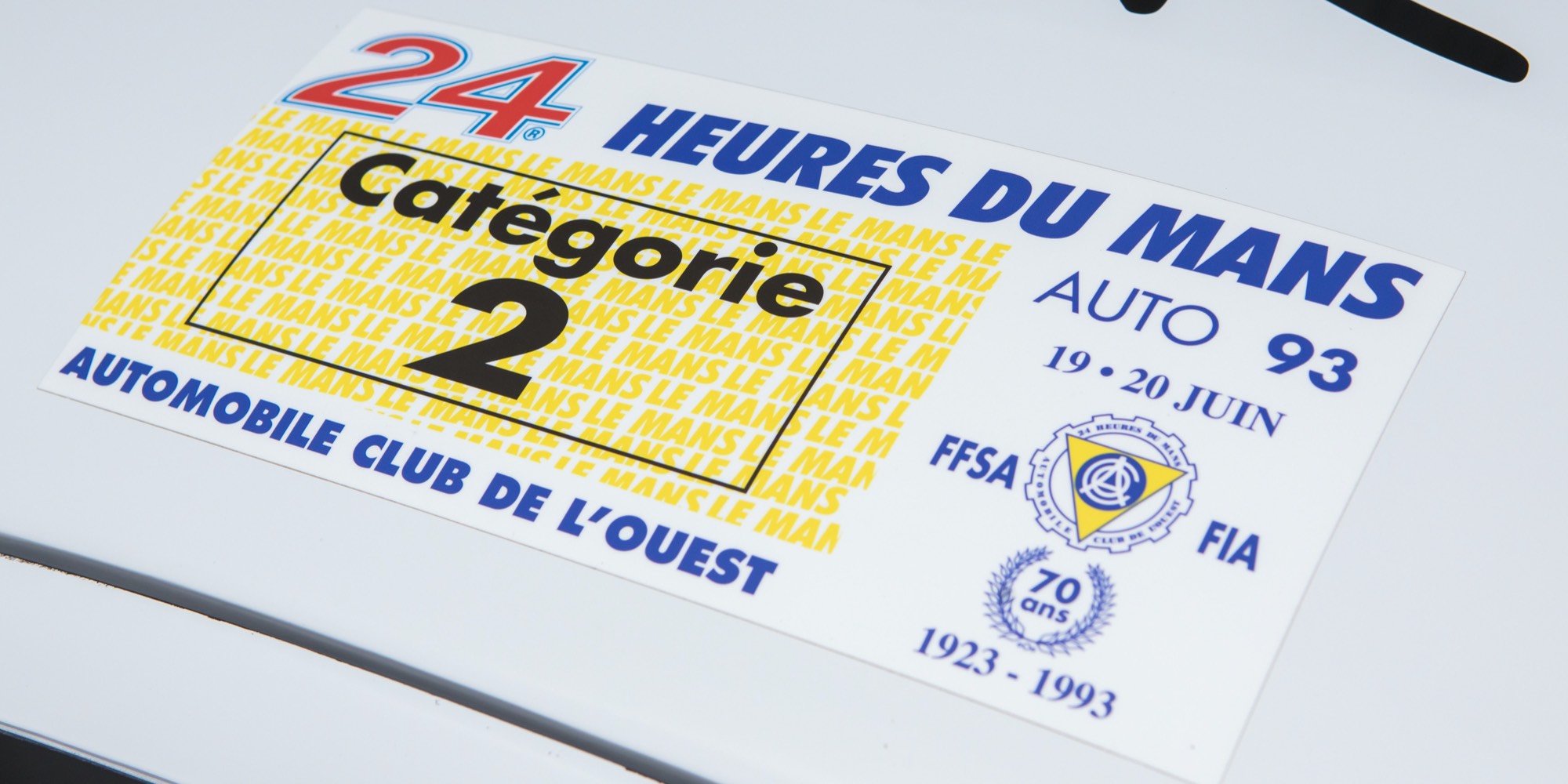 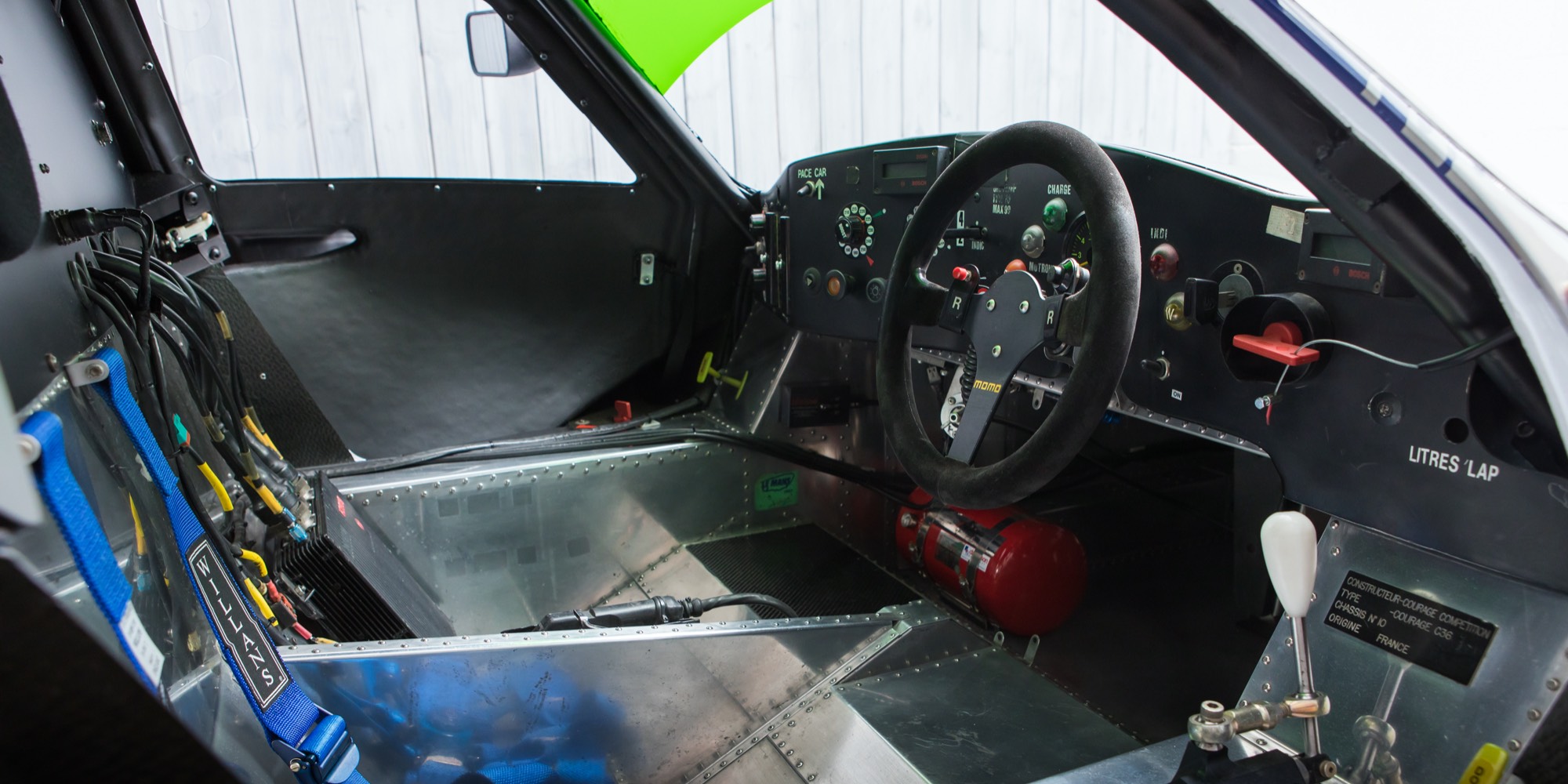 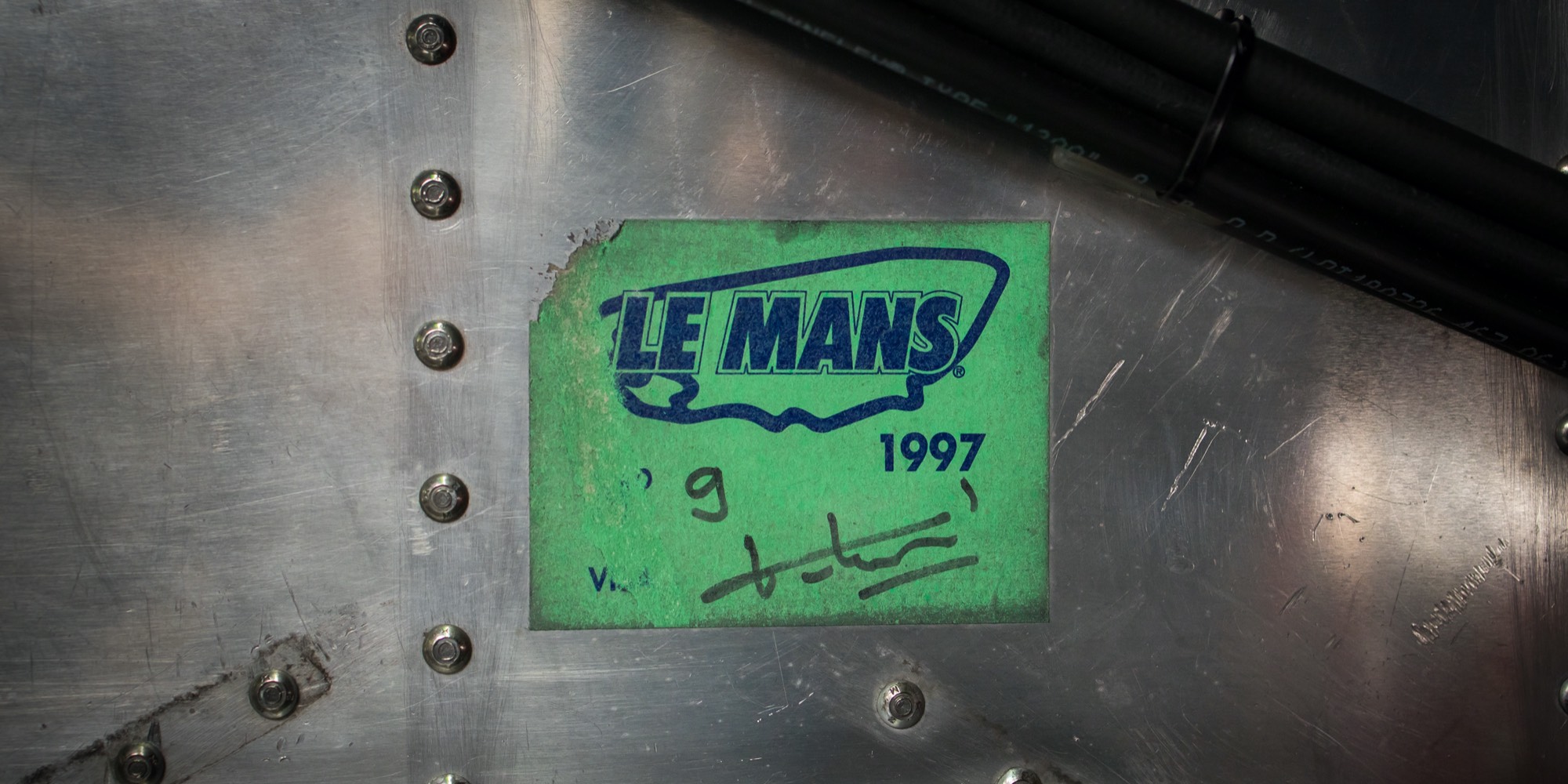 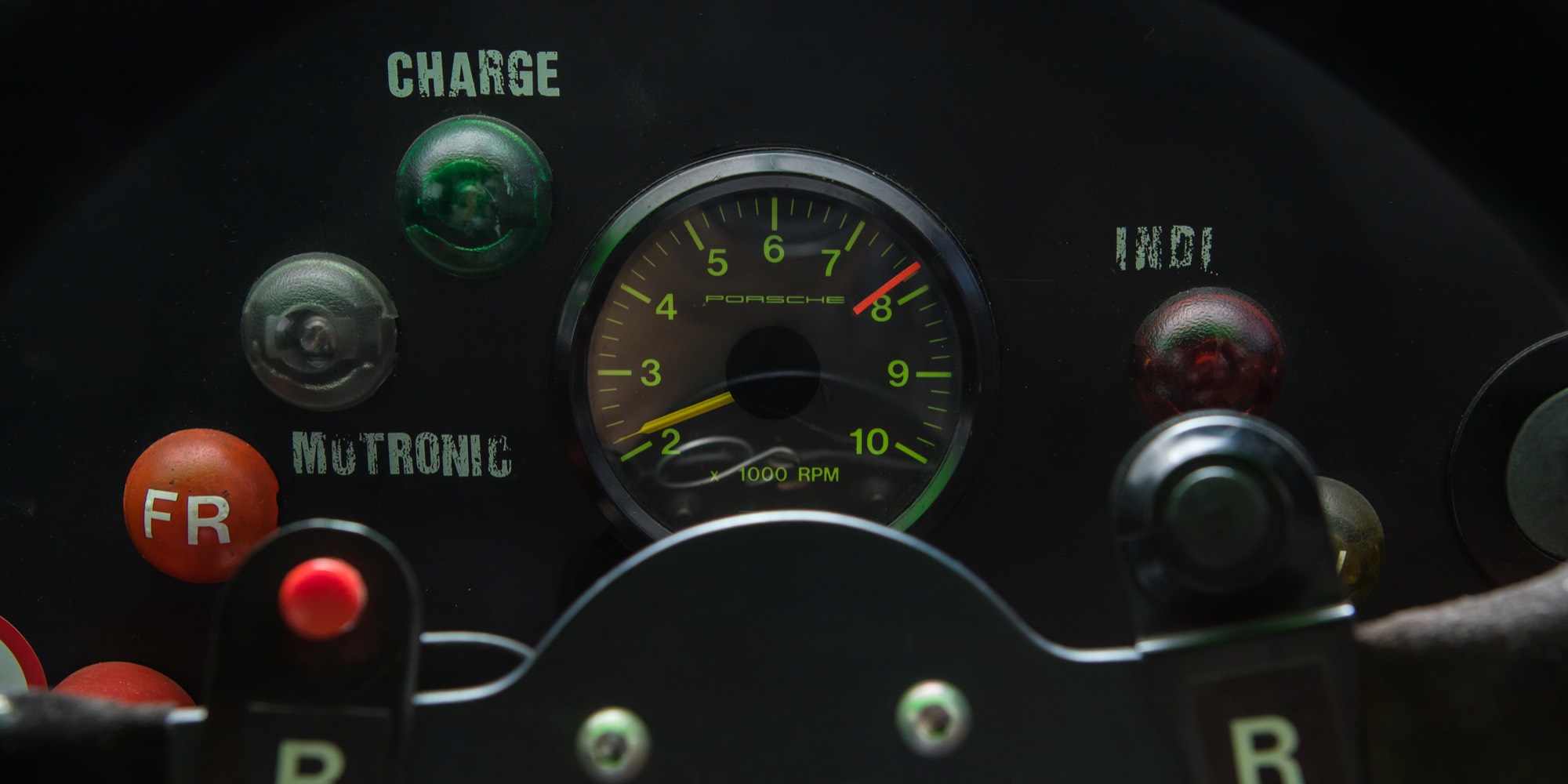 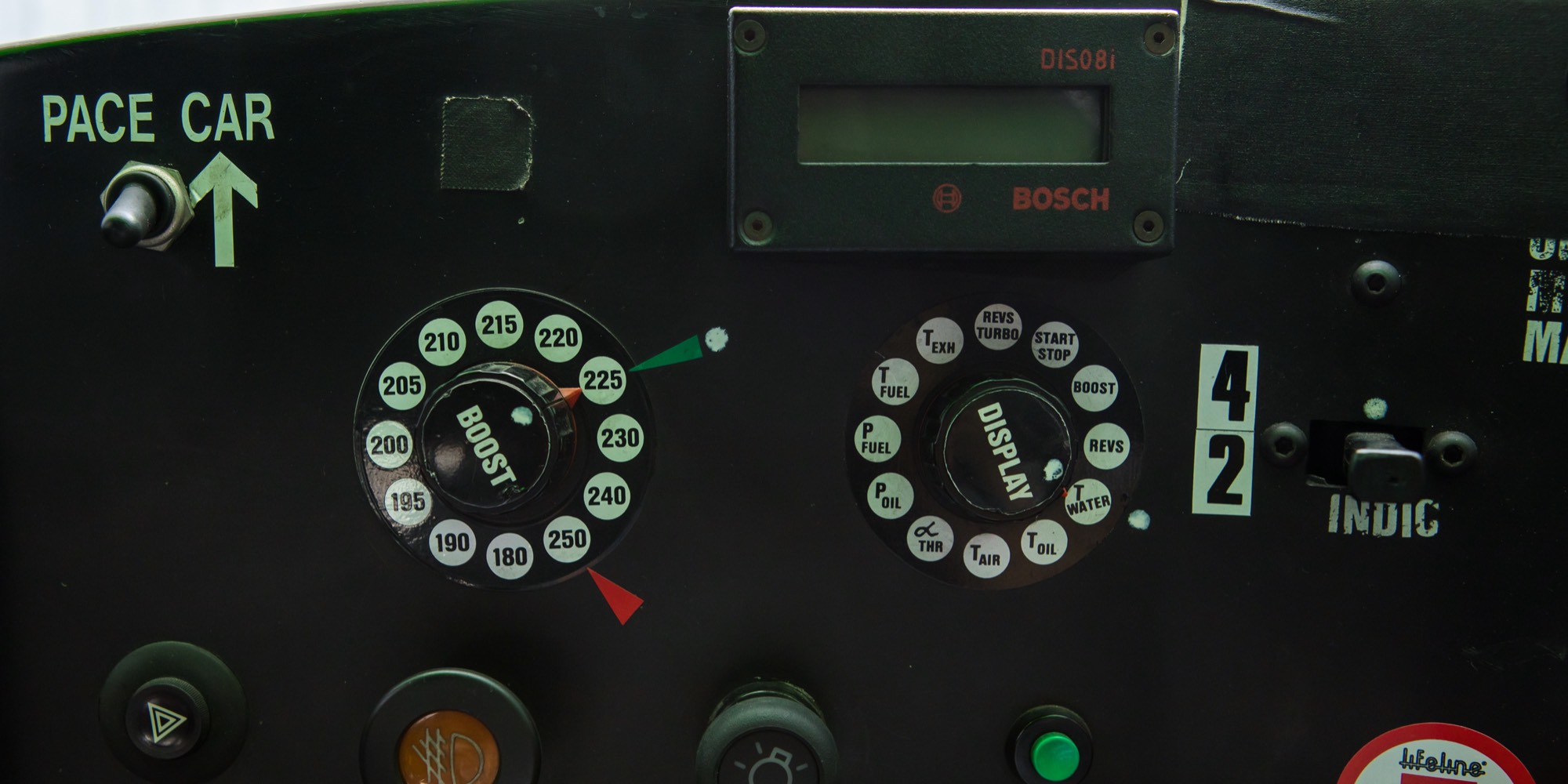 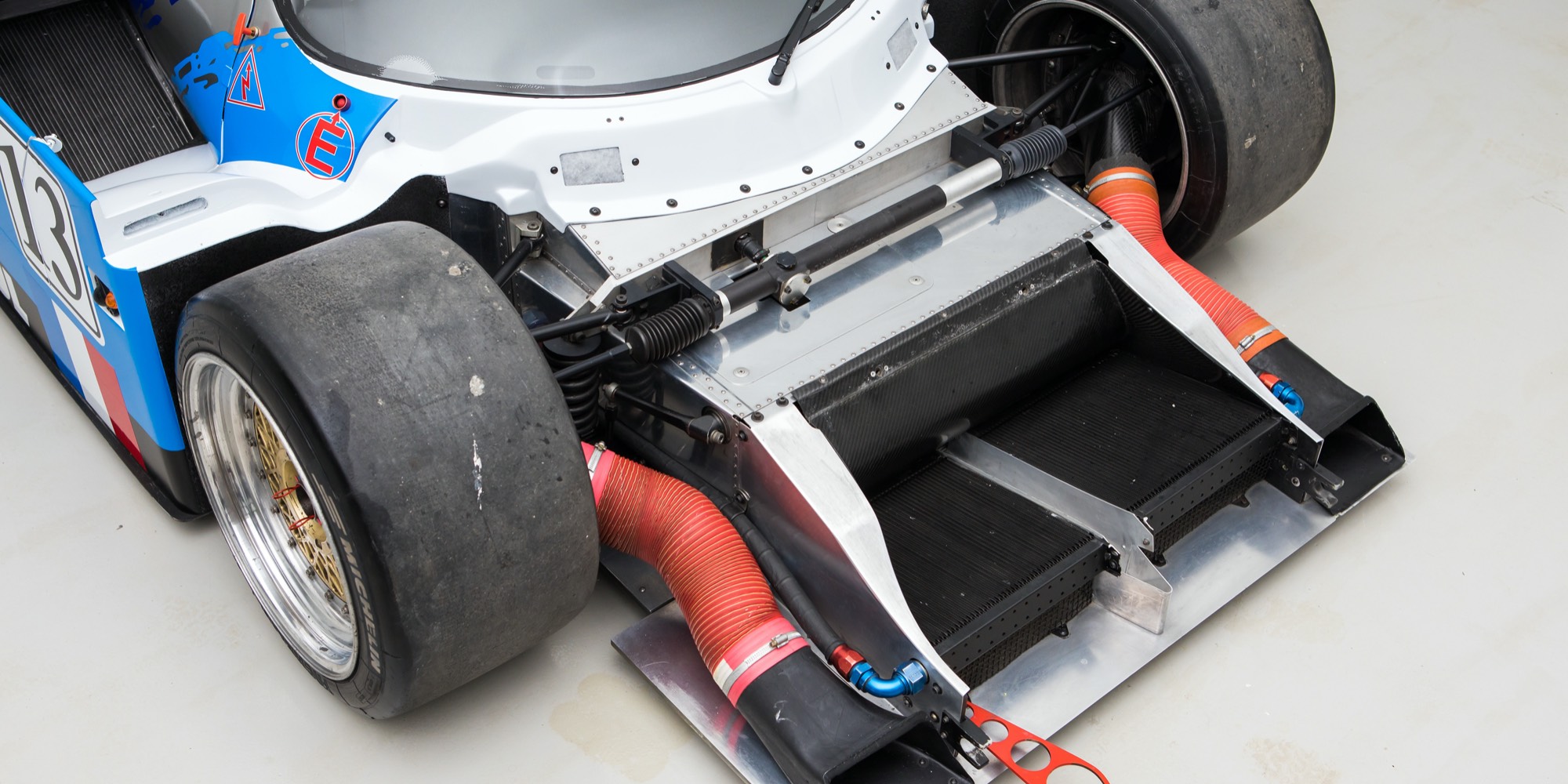 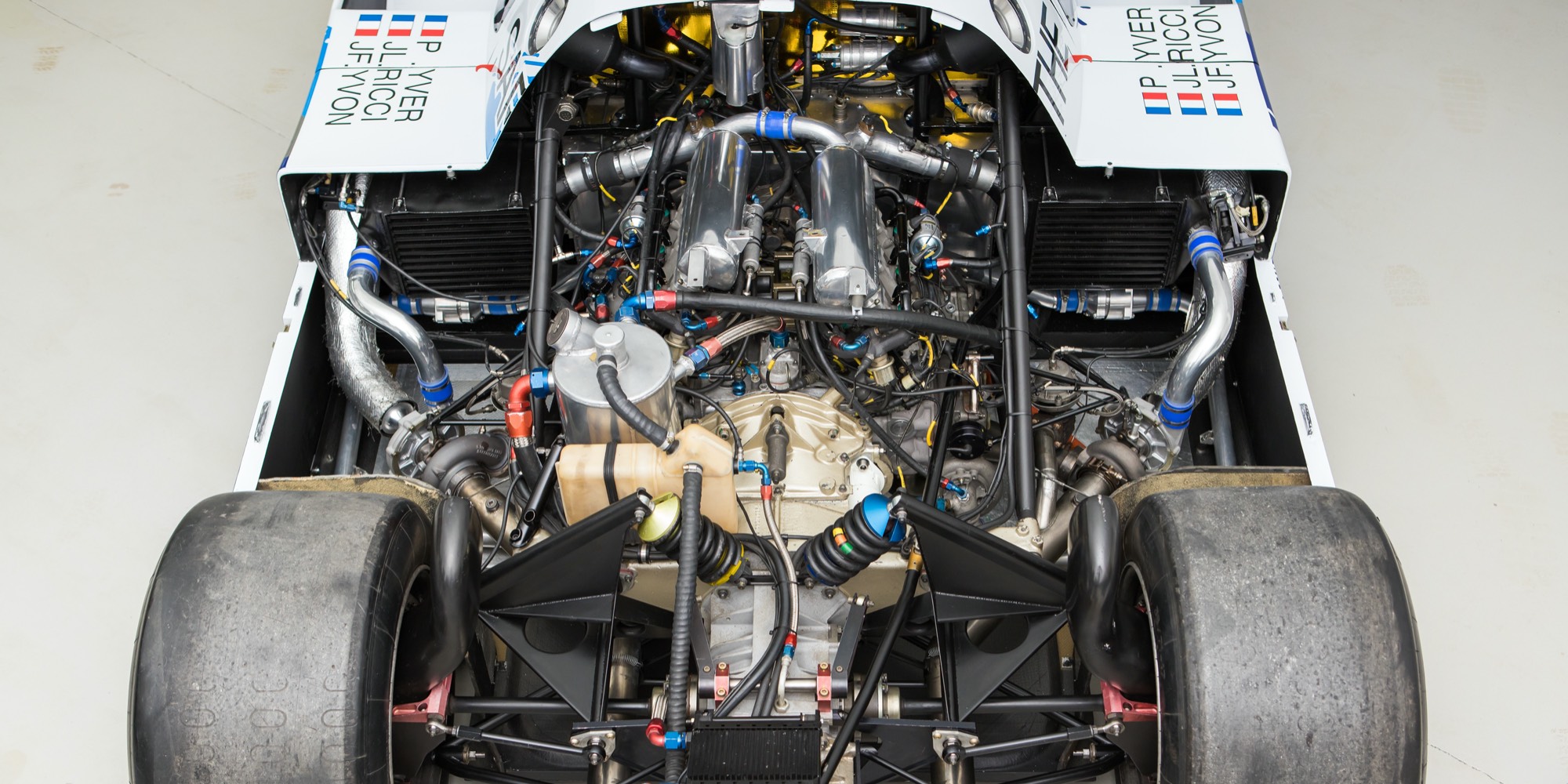 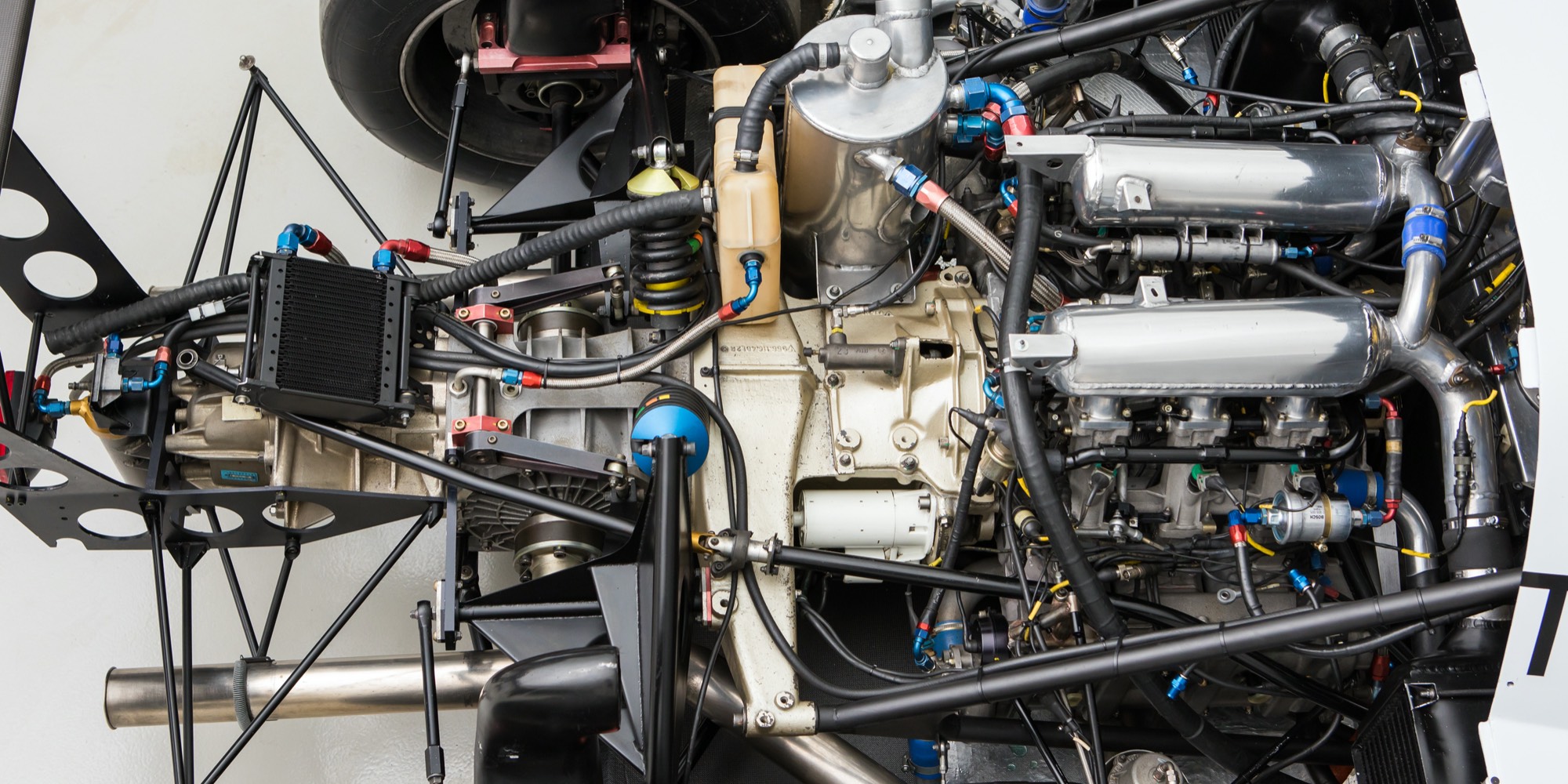 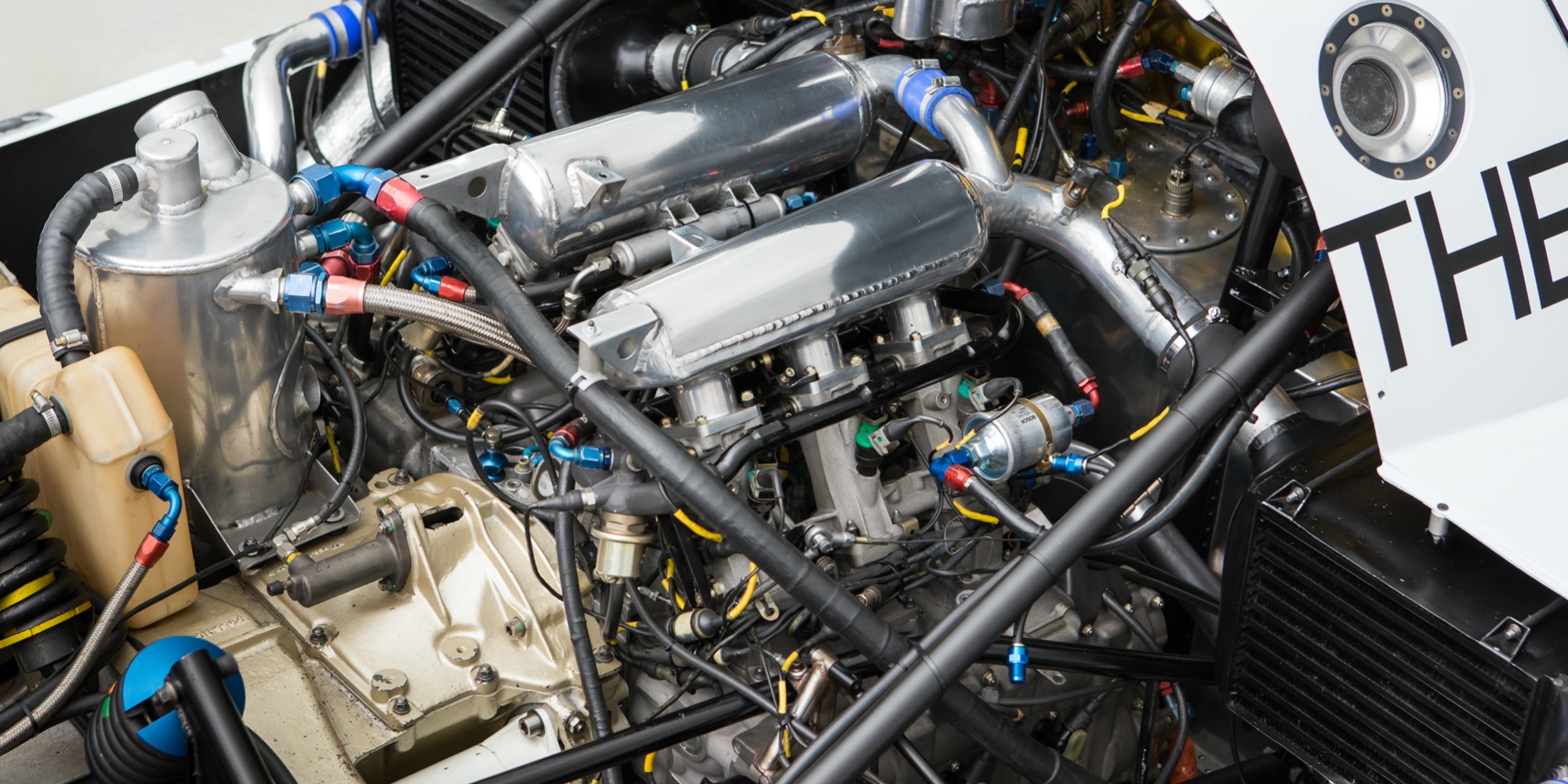 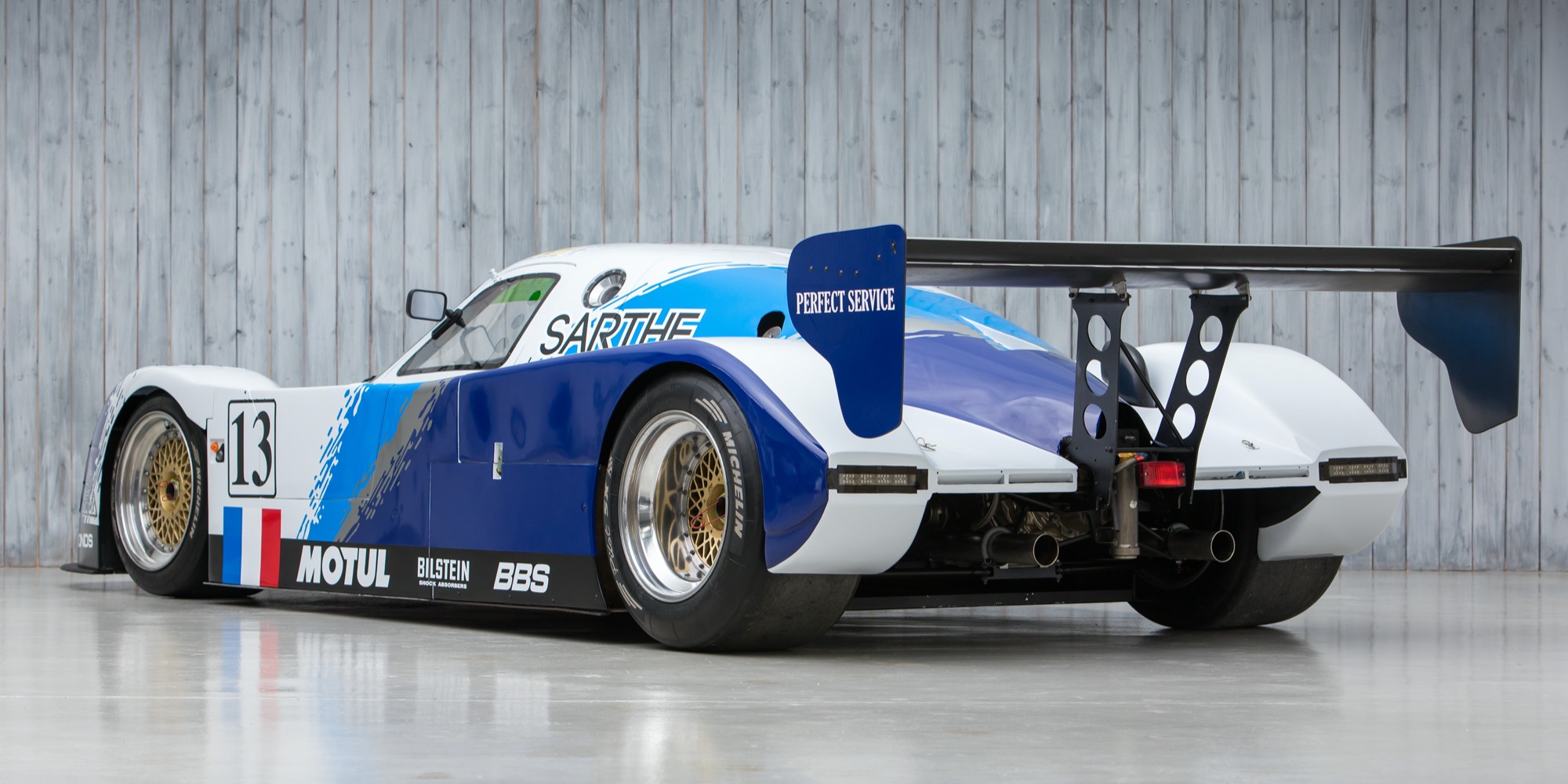 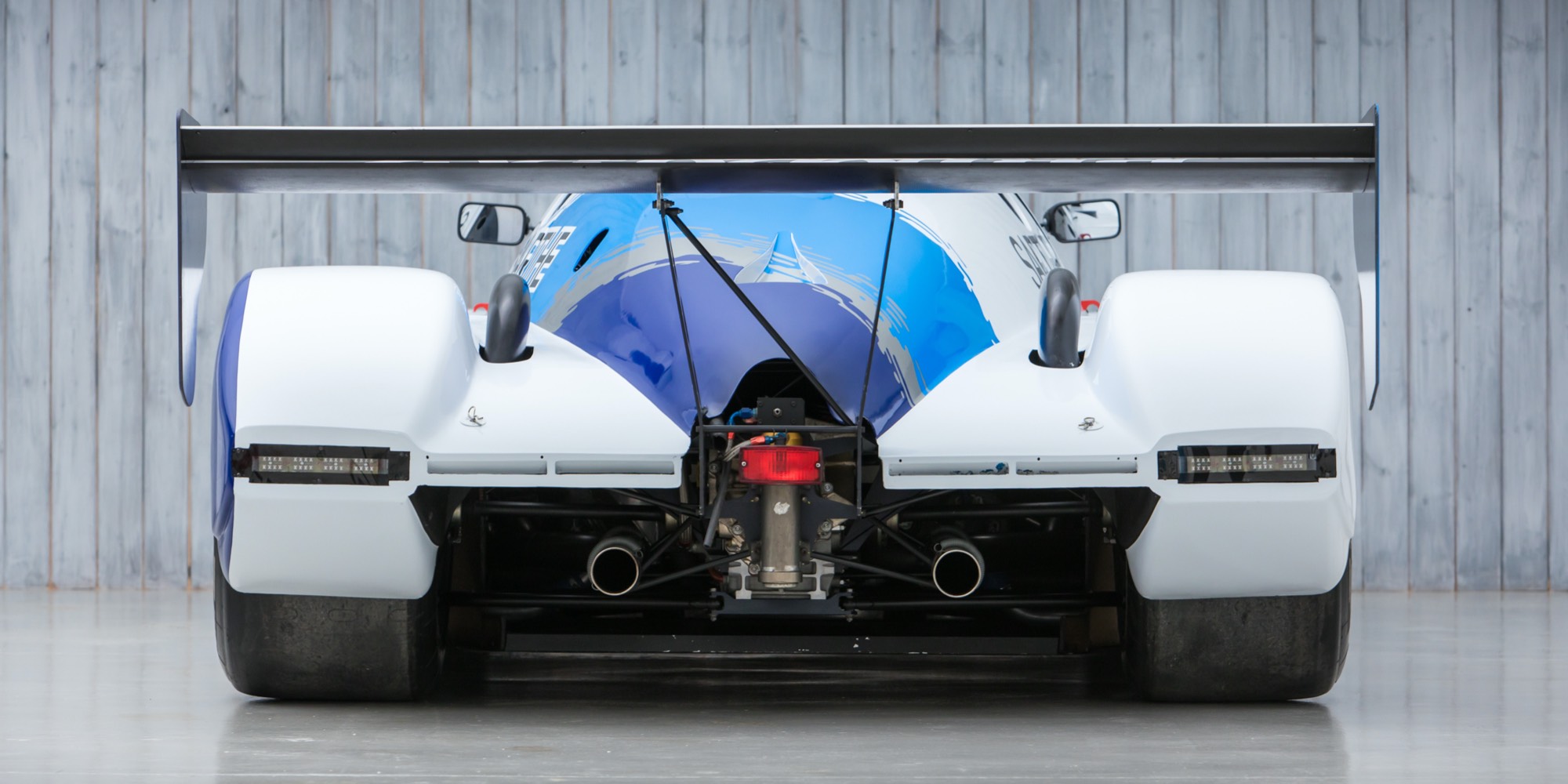 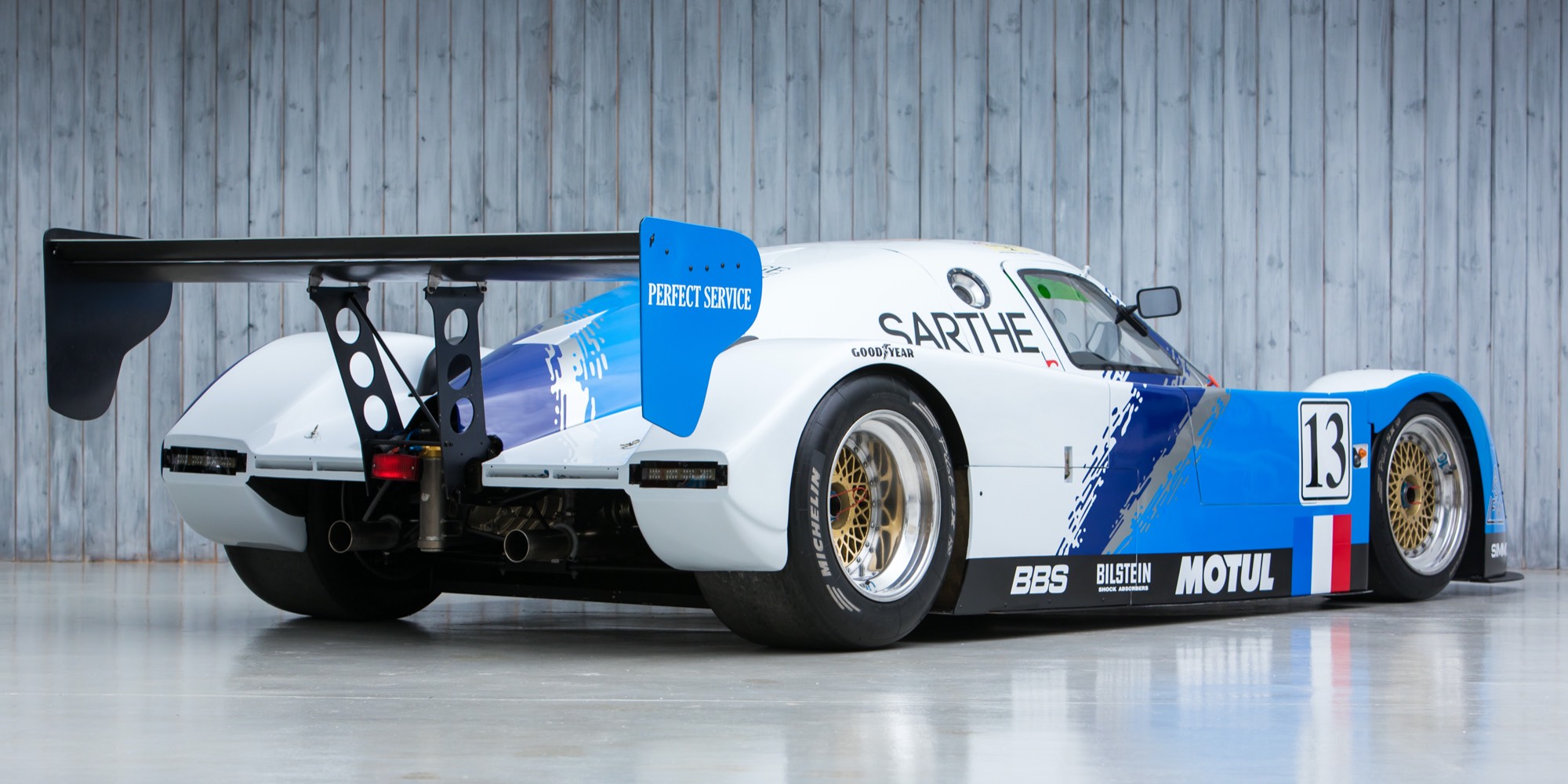 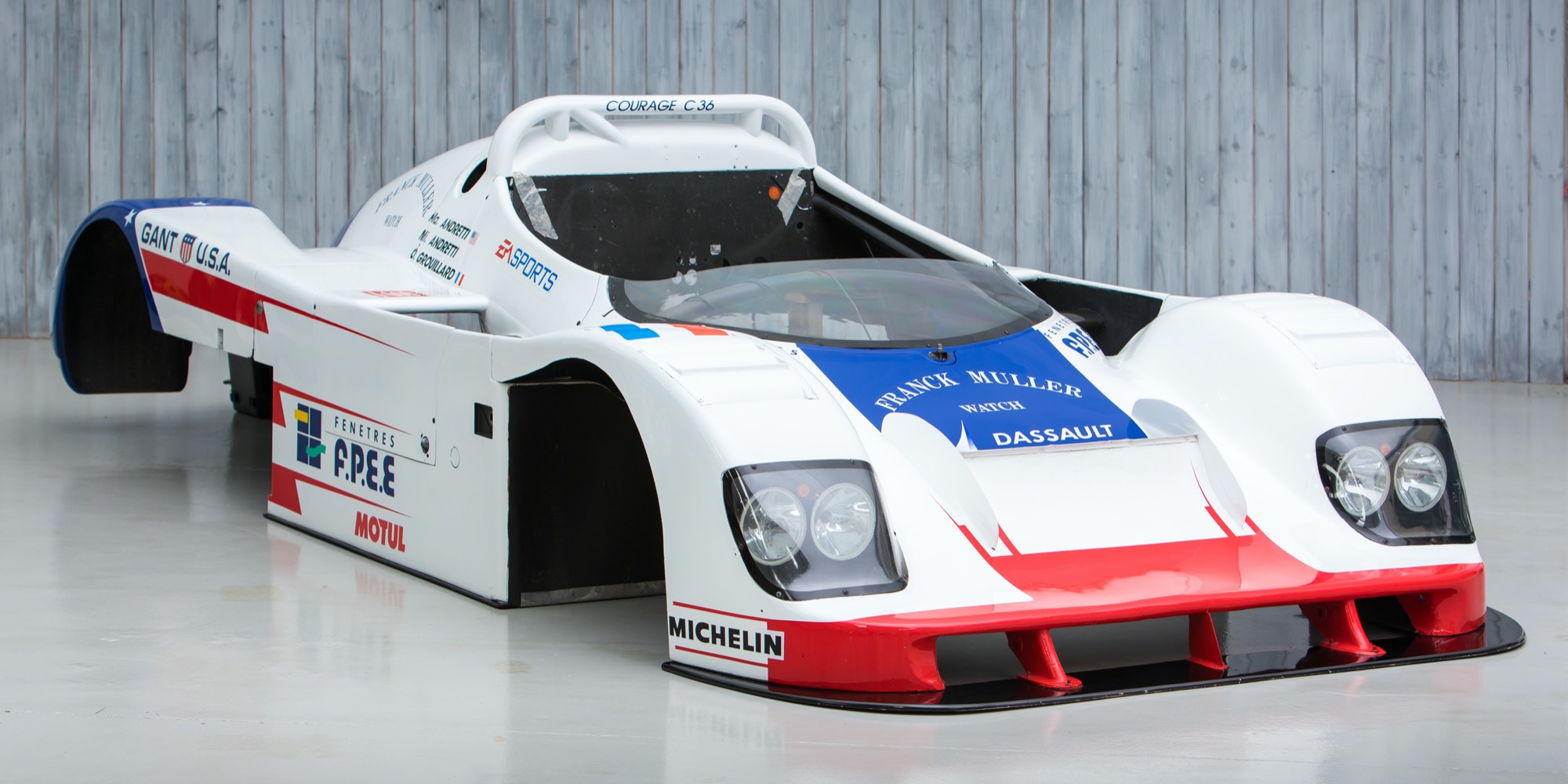 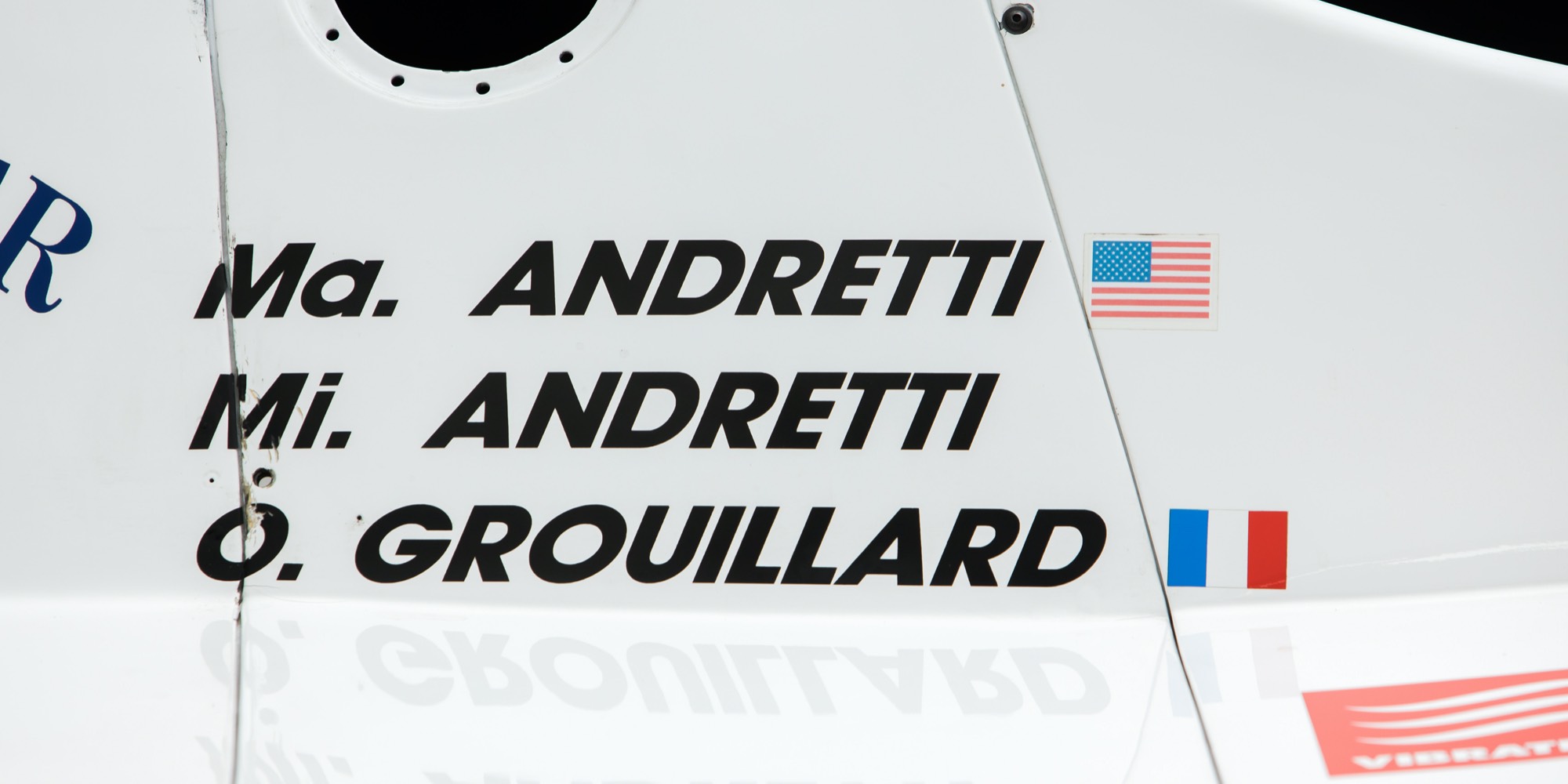 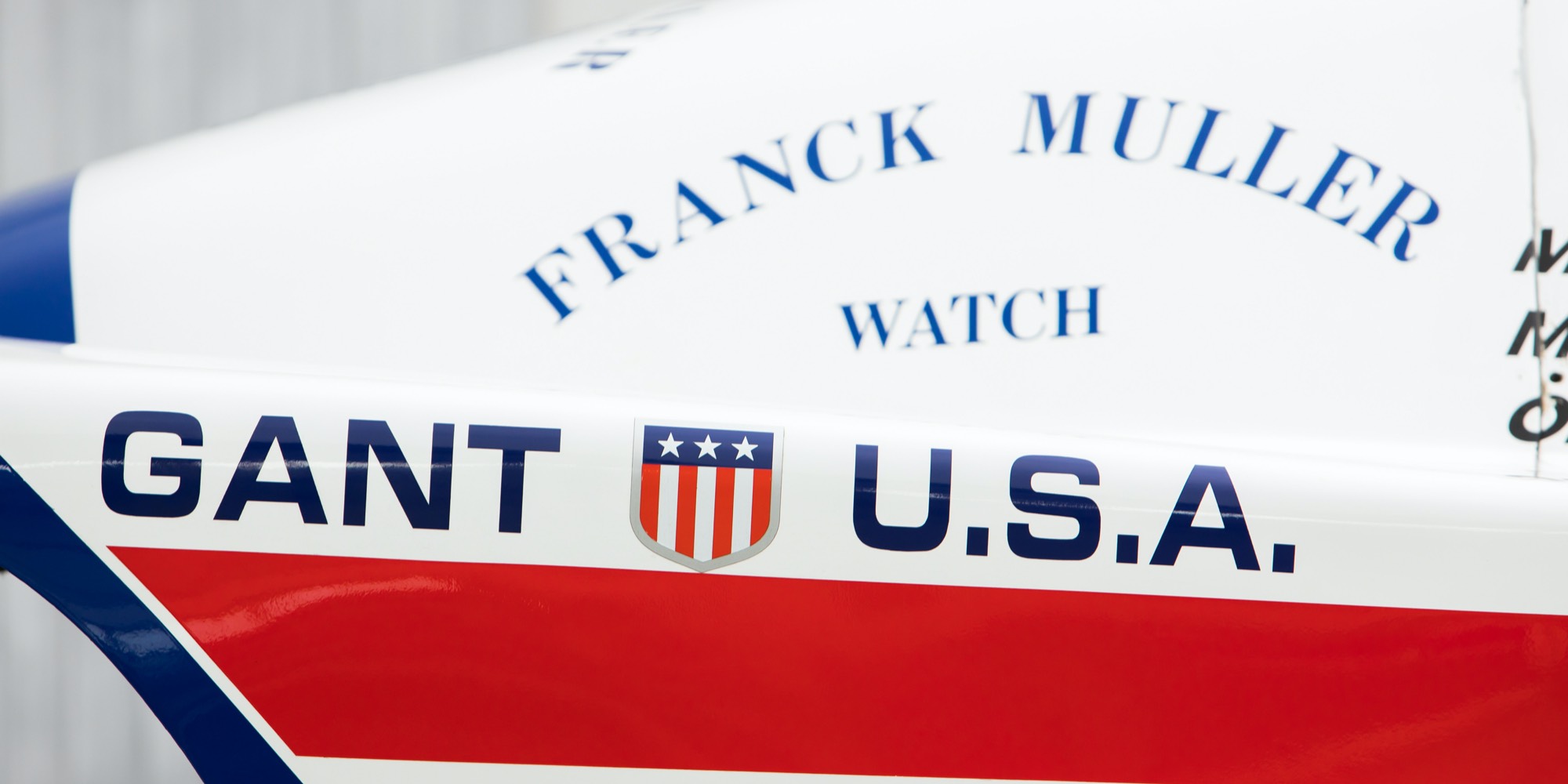 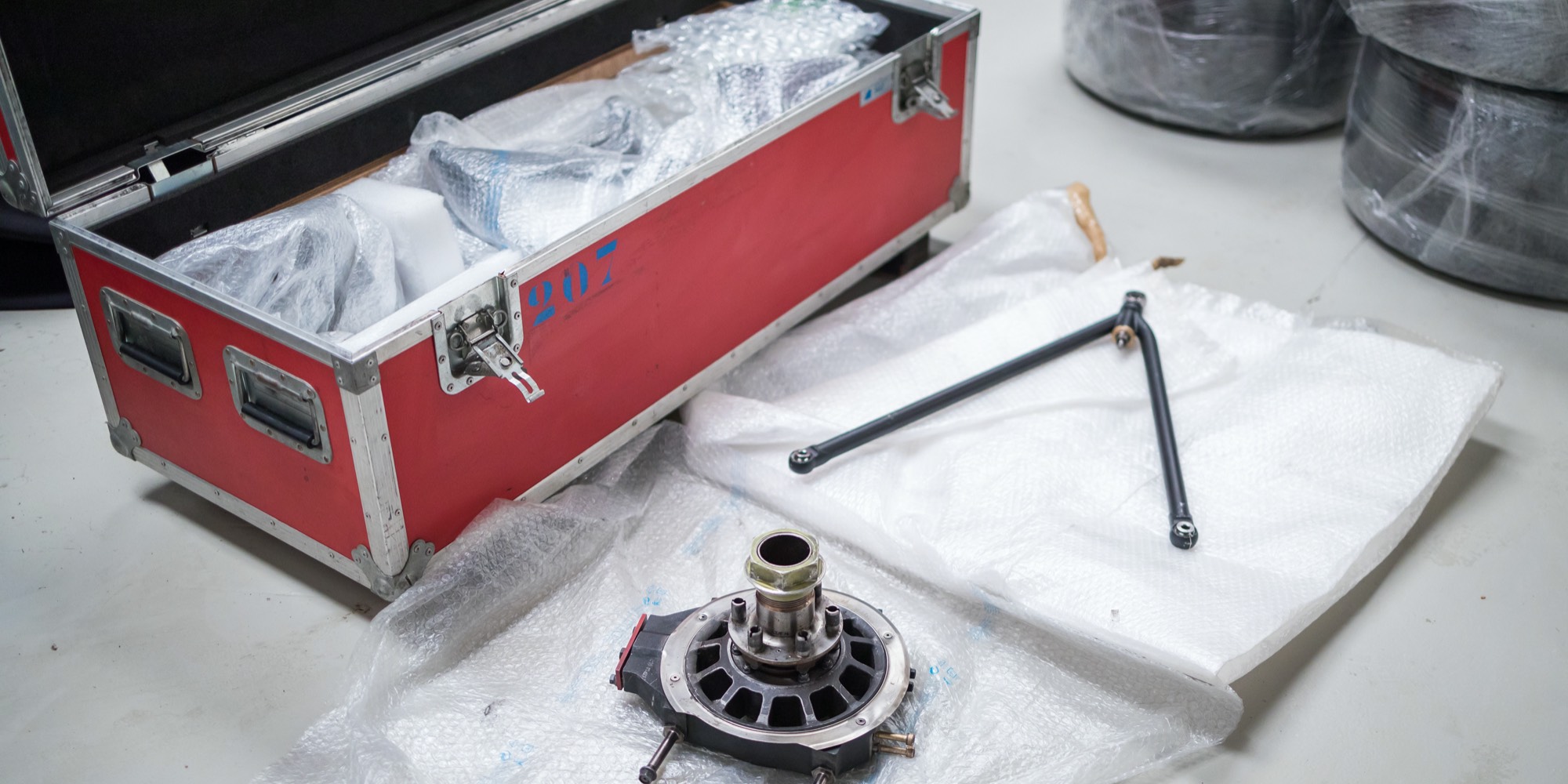 Few people and race car manufacturers can claim a closer link to the Le Mans 24 Hour race than Yves Courage and his team Courage Compétition. Highly respected as both a driver and manufacturer of sports prototypes and having dedicated over a quarter of a century to racing, the name Courage commands a well deserved and iconic status in the Circuit de la Sarthe’s rich history.

Moving into sports car racing, Yves first proper attempt at the Le Mans came in 1977. Although his name was linked with drives in 1972,’73,’74 and ’76, it was not until 1977 that he took on the race for the first time in a Porsche 3.0 RS. Sadly on this and the following two occasions he did not make the finish, until in 1981, when along with Jean-Philippe Grand, Courage’s Lola T298-BMW managed to finish the race 18th overall and taking victory in S2.0, the under 2-litre Sport Class.

With this success and the desire to match Jean Rondeau and become the second native of Le Mans to win the 24 Hour  race in a car of his own construction, he founded Courage Compétition and began building prototype chassis with which he could compete at Le Mans.

Courage Compétition’s cars were initially named Cougar, a name that would continue to be used until 1993 when they carried the name Courage instead. An aluminium monocoque design powered by the Ford Cosworth DFL V8, the Cougar C1 made its debut in the all new Group C Class at the Nürburgring 1000km on the 30th of May 1982 before heading to Le Mans for the first time the following month. Driven by Courage on both occasions, he was joined by Michel Dubois and Jean-Philippe Grand. Sponsored by Primagaz who had sponsored the Lola T298 the previous year, they remained faithful sponsors for a number of years. Unfortunately the car was forced to retire on lap 78.

Courage’s chassis were often utilised from year to year, updated or modified where need be and given a different  chassis designation. Continuing on with the C01 and its follow-up, the C02, sadly they failed to finish at Le Mans again in 1983 and 1984.

For 1985 however, Yves Courage signed a deal with Porsche to use their engines in replacement for the Ford Cosworths, a move which would turn the tide to success for the team. The C12 was built to take the Porsche turbocharged flat-6 engine and saw immediate success finishing 20th at Le Mans in 1985 in the hands of Yves Courage, Alan De Cabinet and Jean-François Yvon. The C12 returned to Le Mans the following year with Yves and De Cabinet this time paired with Pierre-Henri Raphanel.  After qualifying a respectable 10th they again completed the race, taking 18th overall.

The 1987 cars were designated C20 and would give the team its greatest achievement so far. Entered under the team name Primagaz Competiton and driven at Le Mans by Yves Courage, Pierre-Henri Raphanel and Hervé Regout, they finally reached the podium taking 3rd overall, behind only the factory Porsche 962 and their Primagaz Compétition 962. An impressive achievement as they had only a manufacturer for 5 years. The team would go on to participate in a partial season of the World Sportscar Championship taking 8th overall in the Team Championship with the C20 and 962.

Following this success, and rightfully believing that his chassis and team  were capable of succeeding at Le Mans, Yves    Courage officially retired from driving in order to concentrate on running the factory.

Unfortunately for 1988, the team was not able to follow up on its promise, failing to finish any of its three entries at Le Mans and only managing to score points in a single World Sportscar Championship round. This was quickly reversed for 1989 as the team managed to win the C2 class at Le Mans with a 14th place finish, and take 11th place in the World Sportscar Championship by scoring points in over half of the races that season. The next year, Courage would switch back to the C1 class and finish 7th overall at Le Mans, followed up with 11th place in 1991.

Due to rule changes in sports car racing, Courage was shuffled to the C2 class (cars complying with the older rules) for Le Mans in 1991 and C3 (a class for Porsche-powered cars) in 1992, and was no longer able to run in the diminishing World Sportscar Championship due to their continued usage of the Porsche turbocharged Flat-6, which was no longer legal in WSC. However, at Le Mans the C3-class Courage C28LM took class victory and finished 6th overall. This car was driven by Porsche factory driver Henri Pescarolo who would form a relationship with Courage in the later years.

With the demise of the World Sportscar Championship in 1993, Courage yet again focused on the Le Mans 24 Hours.  Running again in the competitive Category 2 Class for Group C cars they returned with another new car, the C30. Like its predecessors it utilised an aluminium monocoque driven by the well proven Porsche 962 water cooled flat 6 turbo engine and porsche gearbox. Clothed in a neat and refined aerodynamic body and separate carbon rear wing.

Come the race the team fielded all three cars, with this car, still carrying race number 13, being driven by the all French line up of Pierre Yver, Jean-Lous Ricci and Jean-François Yvon. Chassis 011, the No.14 car, was driven by yet another Porsche factory driver, none other than Le Mans legend Derek Bell.

With the emphasis leaning towards GT cars for Le Mans in 1994, the Group C cars ran in LMP1. Courage Compétition ran a three car team, chassis 010, 011 and 013. Running with a longer tail and now designated the C32 LM, chassis C32 LM-013, driven by Alain Ferté, Henri Pascorolo and Frank Lagorce took pole position for the race, very much proving the pace of the Courage cars. Of the three car team only one car made it to the end, this car C32 LM-10, carrying race number 9. Driven by Jean-Louis Ricci, Philippe Olczyk and Andy Evans, they finished 7th overall.

For Le Mans in 1995 Courage only entered one car, chassis number 011 now designated C34 and running in open spider configuration as per LMP1 rules. Having led the way in the Prequalifying Le Mans, the driver line up of Formula 1 World Champion Mario Andretti, Bob Wollek and Eric Hèlary converted their 3rd place grid position to 2nd overall and 1st in LMP1 – Courage’s best ever result at Le Mans.

For the next year, 1996, the team were back at Le Mans with a vengeance, for both the prequalifying and the race. Chassis 010, 011 and 013 were back in action, this time designated C36 and all in LMP1 spider configuration as per the previous year. This car C36-010 (note the removal of ‘LM’ in the chassis designations), had an all star driver line up of Mario Andretti, and fellow F1 stars Jan Lammers and Derek Warwick. While chassis 011 placed 2nd in qualifying it failed to finish leaving chassis 013 to come in 7th and this car, chassis 010, race number 4 to to come in 13th.

In 1997 the team returned yet again, but this time with chassis 009, 010 and 013. Still powered by the Porsche flat 6 twin-turbo engines that had been so faithful for all of these years.  Chassis 010, race number 9, was driven by the father and son pairing of Mario and Michael Andretti as well as Frenchman Olivier Grouillard. The car carried a stars and stripes style lively which the accompanying spider body work still carries to this day. Having qualified 13th sadly they had to retire in the 17th hour of the race leaving chassis 013 to come in 7th and chassis 009, 16th.

For the remainder of the 1997 season, Courage Compétition took on the International Sports Racing Series with C36-010 taking 3rd overall at Donington on the 6th of July, driven by Didier Cottaz and Jérôme Policand. On the 3rd of August, Policand was back in the car at Zolder, this time with Ekbolm, where they finished 4th. Three months later C36-010 returned with an all French line up of Yan and Ricci for its last outing at Jarama on the 9th of November, where they finished 6th overall.

For 1998 Courage debuted a  new car, the C51, now powered by a Nissan V8 engine. They fielded two of the new cars for Le Mans that year, along with one lone Porsche powered C36, chassis 013. Chassis 010 was finally retied from racing having taken on the gruelling 24 Hour race an impressive 4 times finished in or just outside the top 10 on all but one occasion. A testament to the strength and reliability of the cars.

Courage Compétition continued building sports prototypes and competing at Le Mans and in 2007 Yves Courage finally stepped away from endurance racing world and sold the team to Oreca. In and around 2011 he set up Courage Classsic with the purpose of maintaining and running cars for the every growing number of historic races and series such as Le Mans Classic.

Chassis 010 remained in the ownership of Courage for the next 25 years and it was placed on display in L’Manoire Automobile in Lohéac in Brittany.

In 2018 C36-010 was purchased by its first and only private owner. He commissioned Yves and his team at Courage Classic to faithfully restore chassis 010 back into its early C30LM closed configuration. The car was completely stripped and gone through with all of the relevant components crack tested and the fuel tanks replaced.

Offered for sale having been recently collected directly from the Courage workshops, this offers a unique opportunity to acquire a proven front running Porsche engined Group C car that can also be run in its equally front running LMP1 configuration should the new owner desire. Accompanied by its original spider C36 bodywork and spare set of wheels and set of spare corners (wishbones and uprights). This is an exciting and rare entry to the popular historic Group C and potentially Endurance Legends grids. Let alone a significant and important piece of Le Mans racing history.