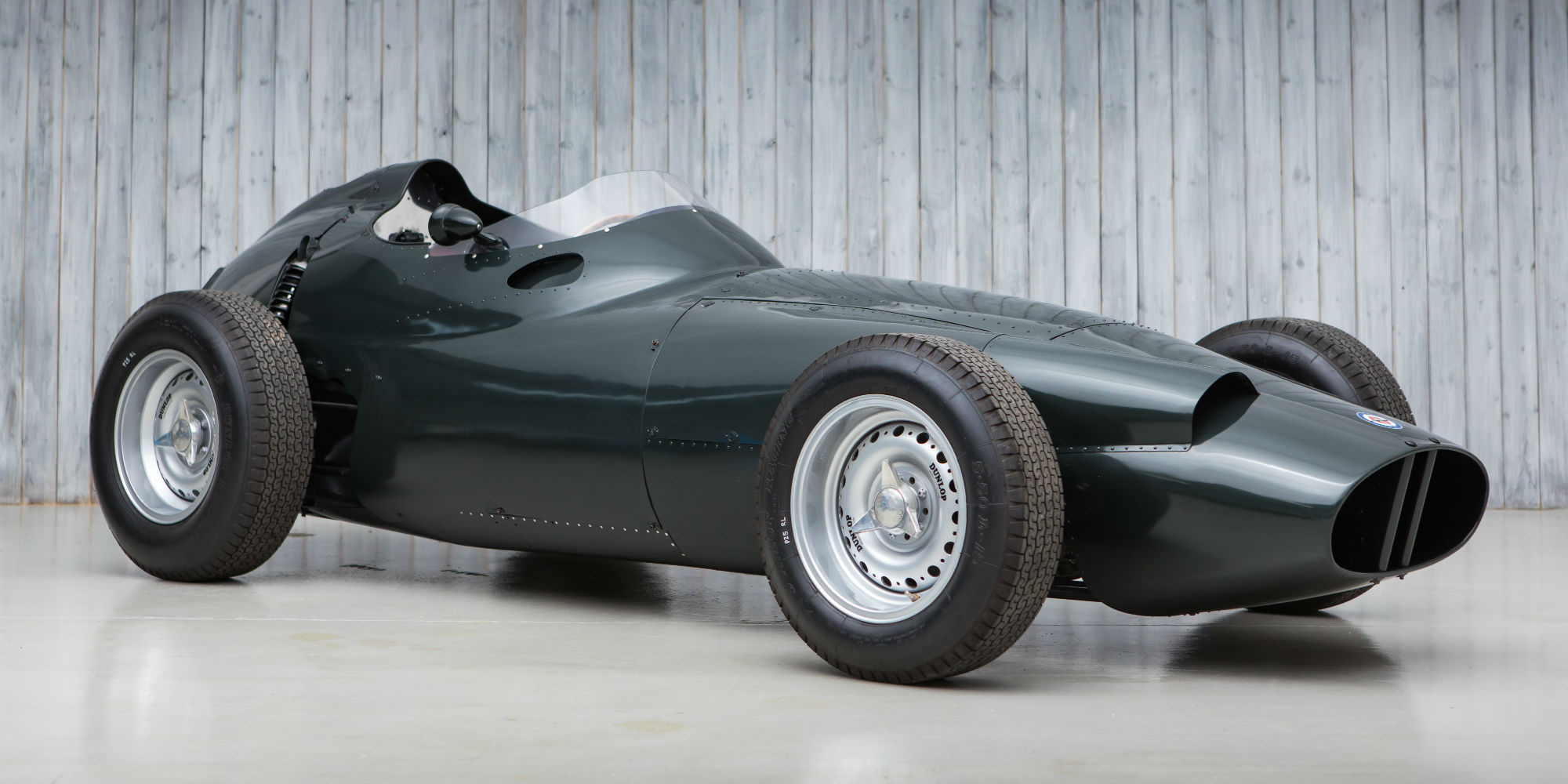 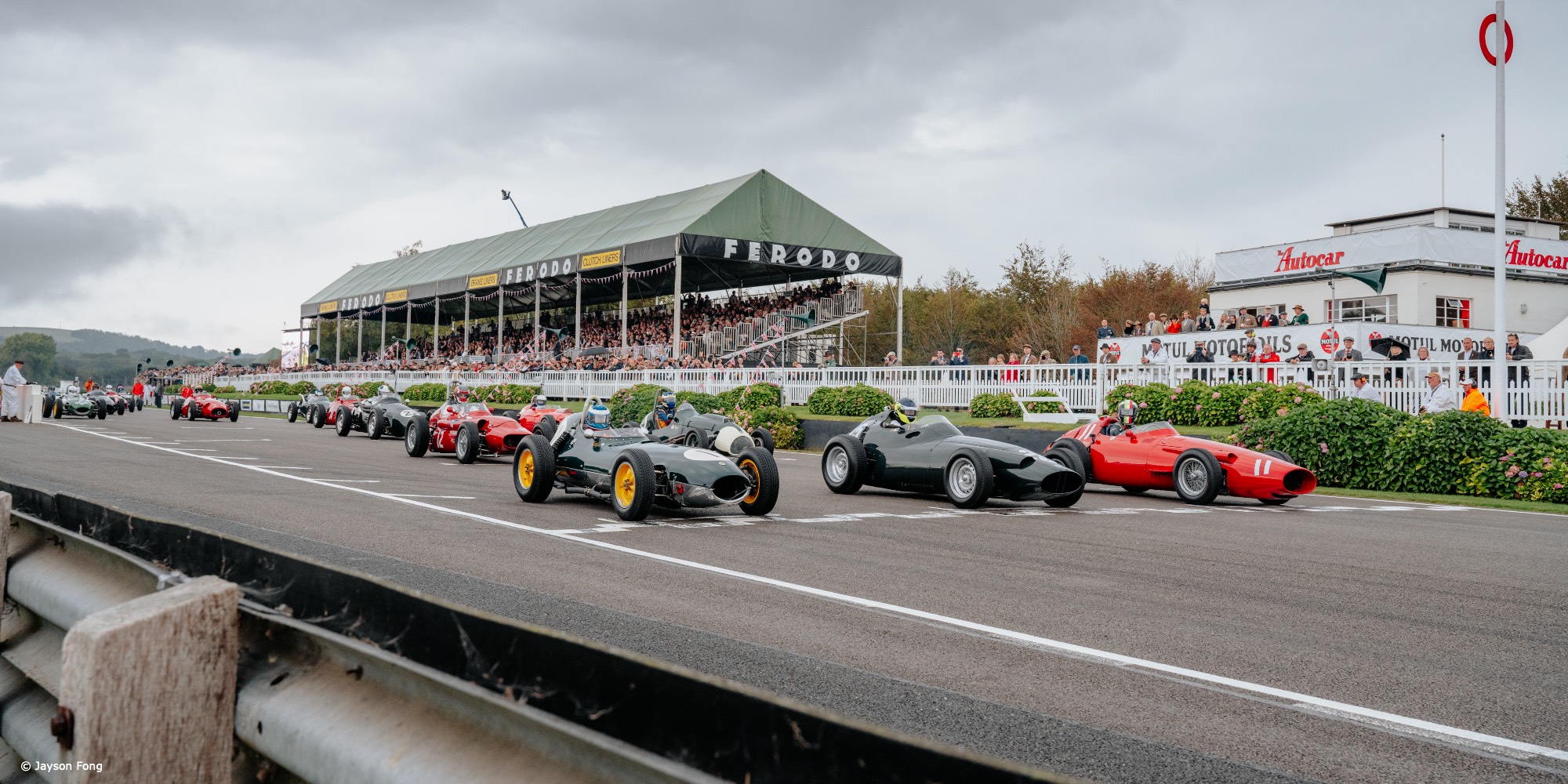 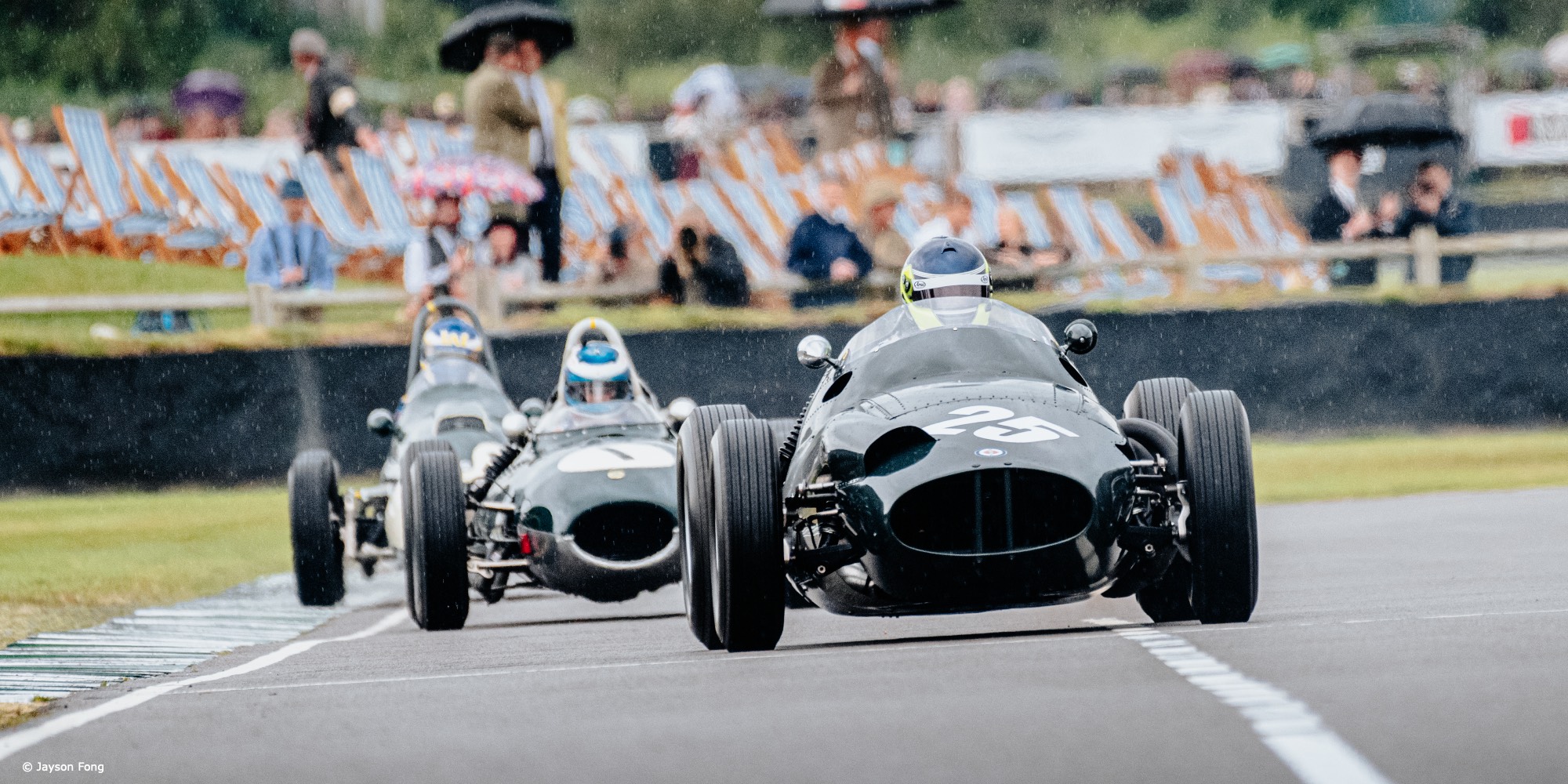 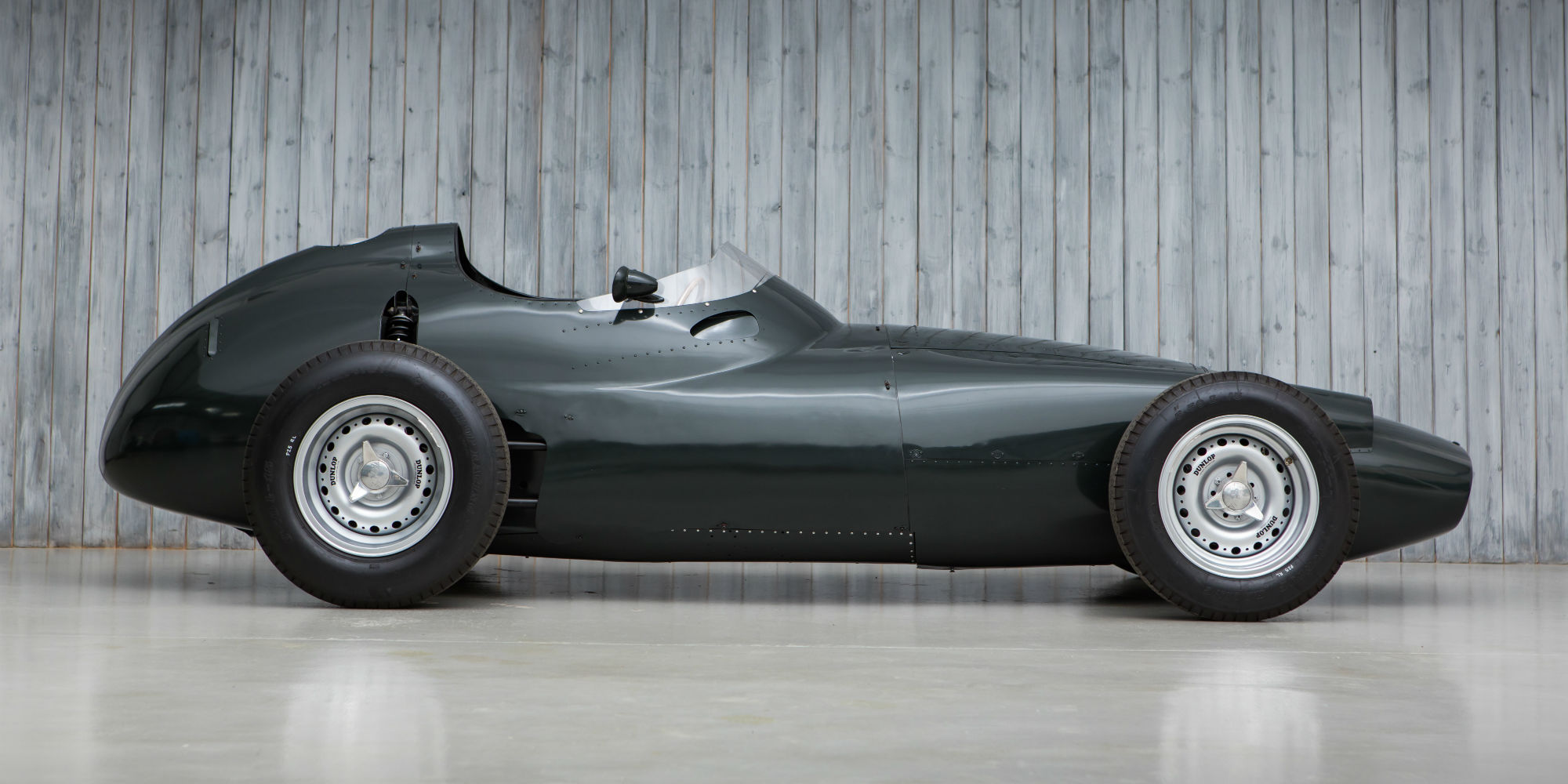 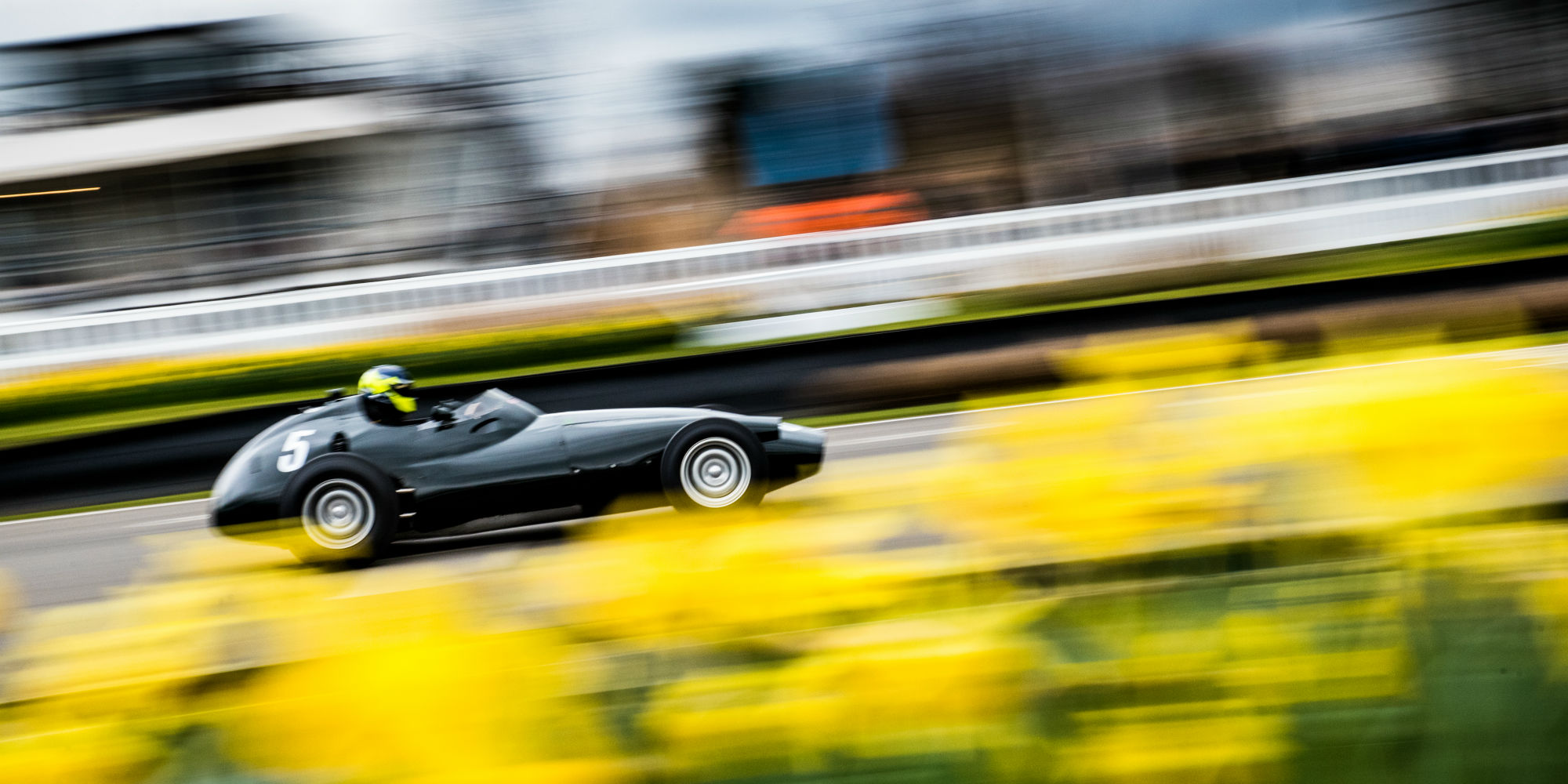 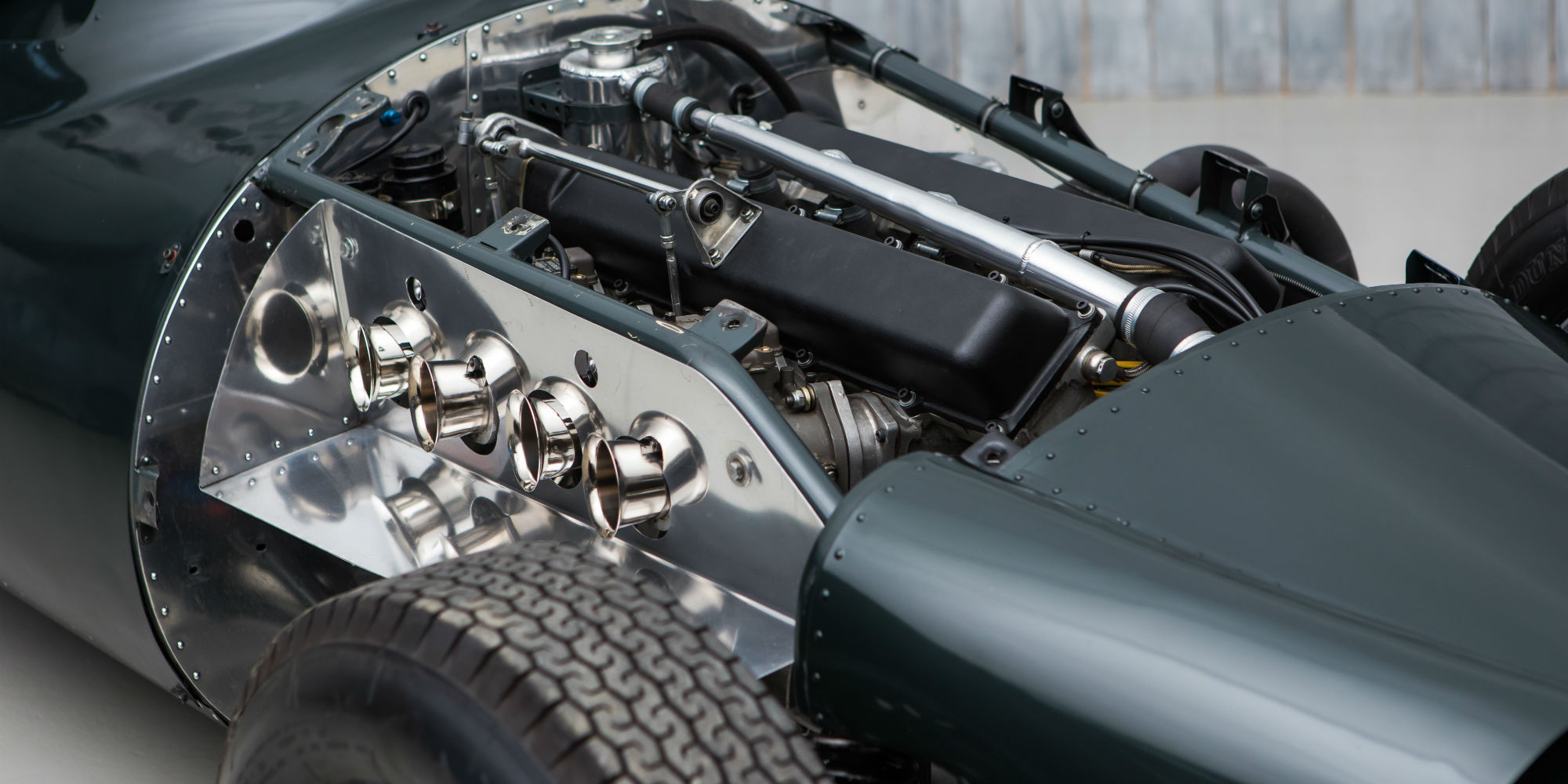 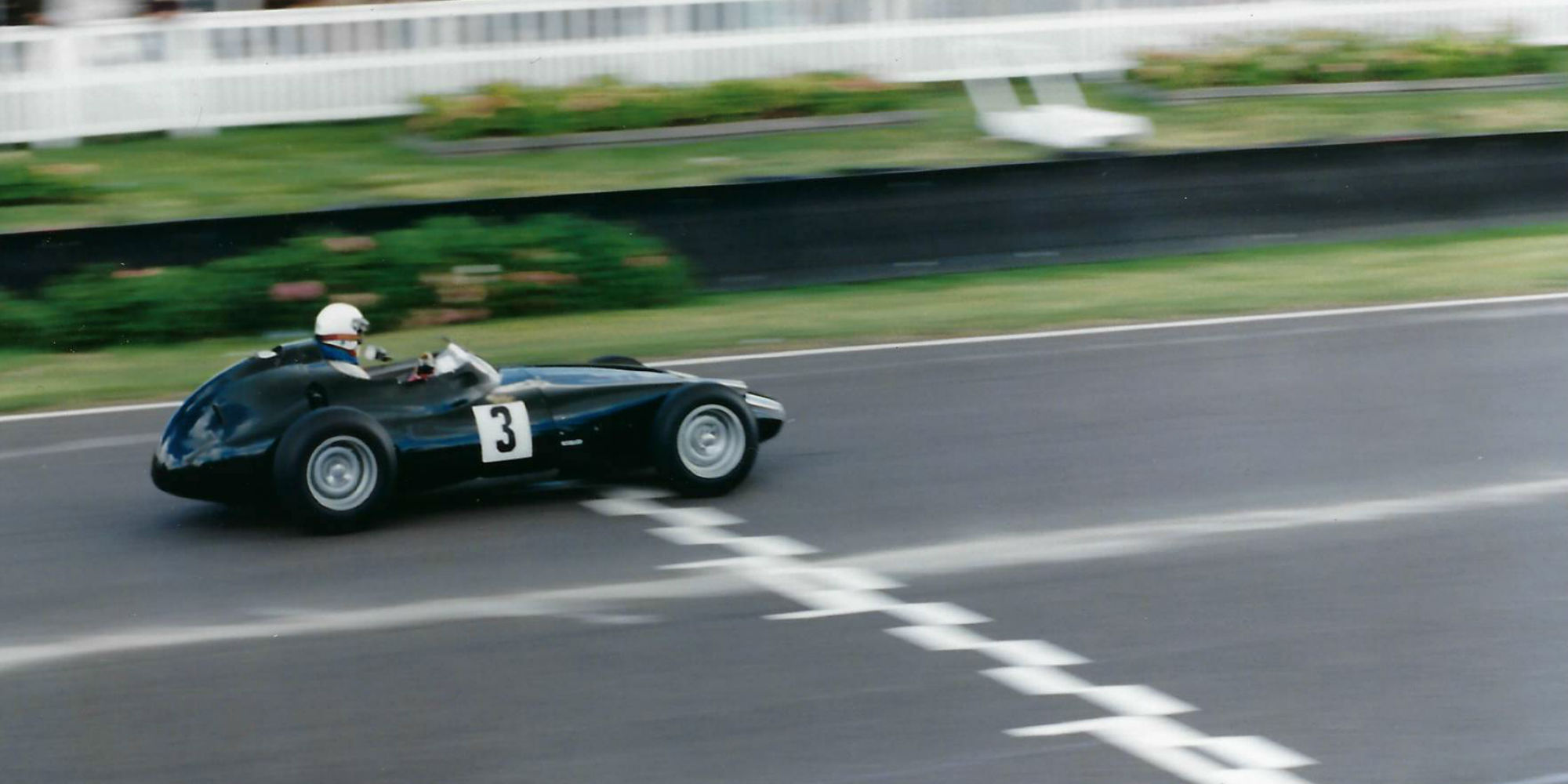 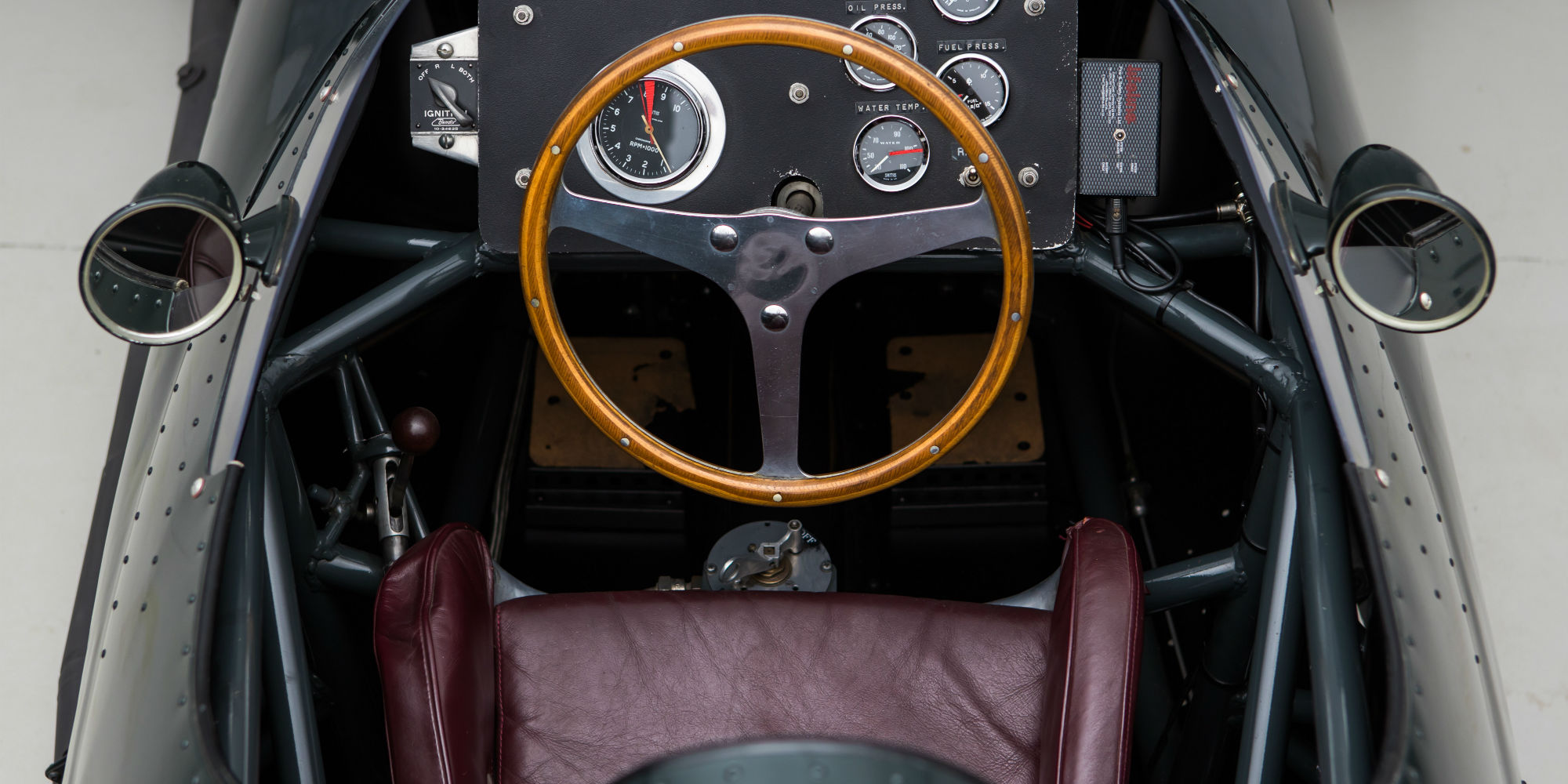 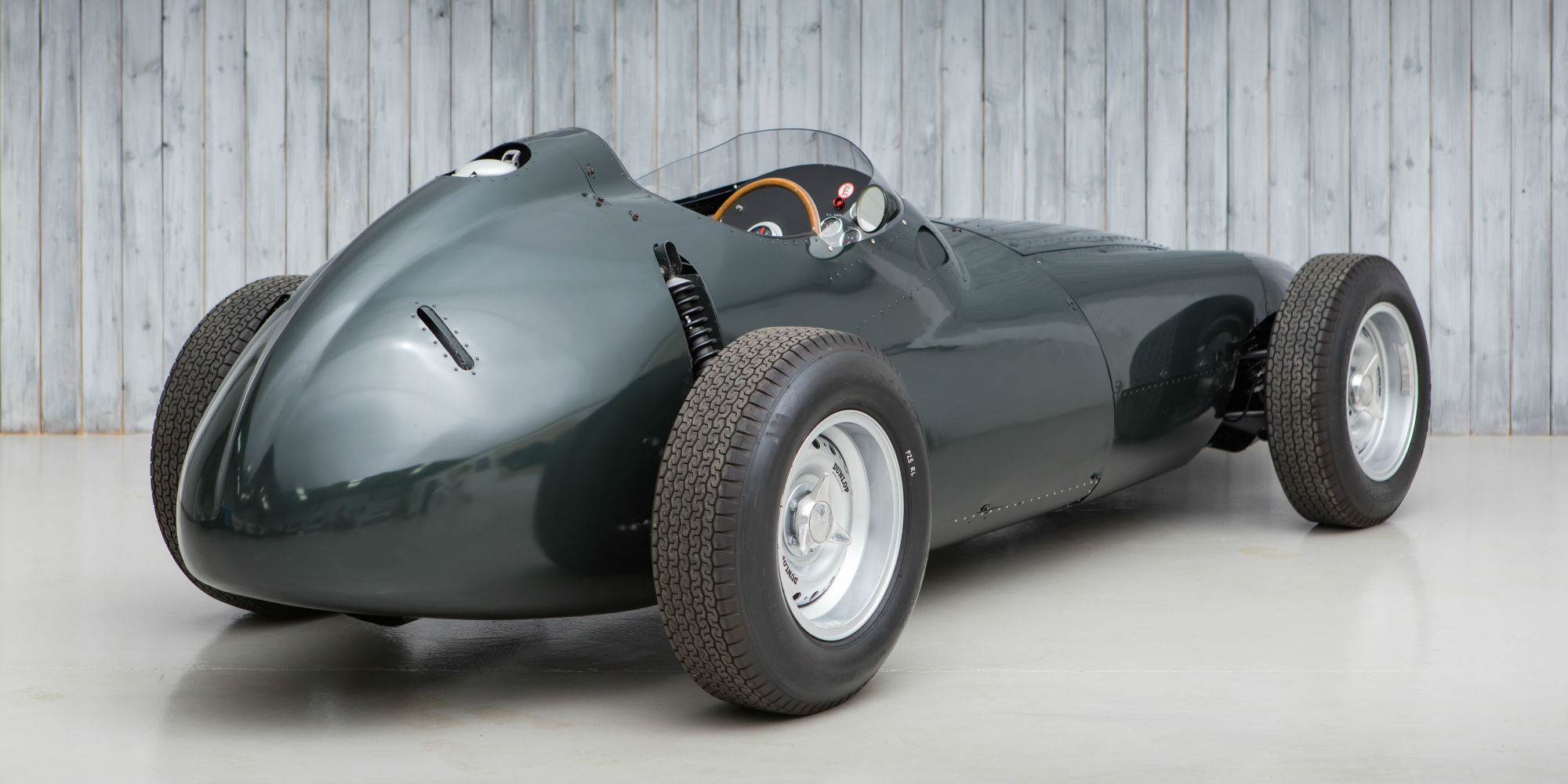 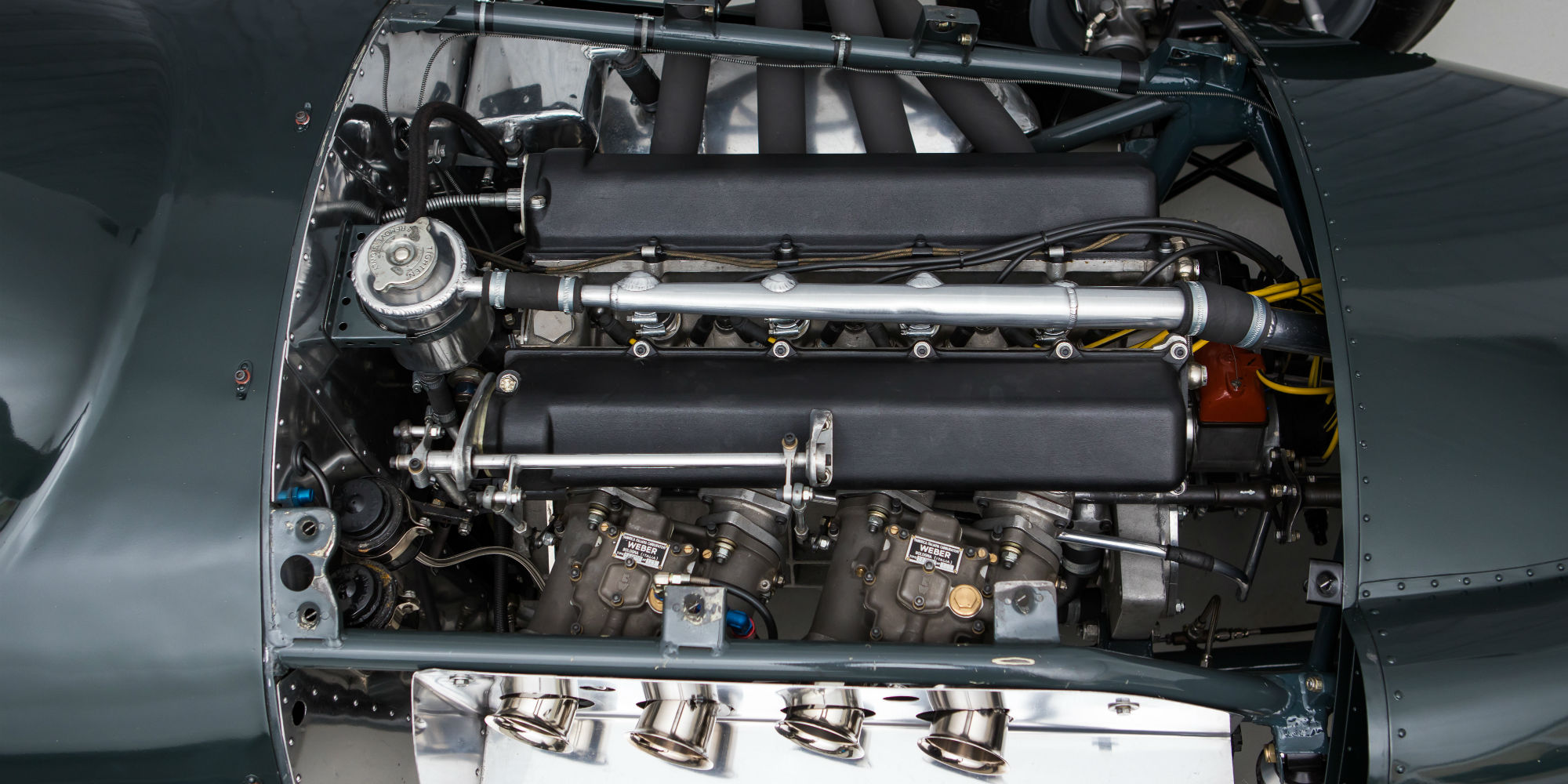 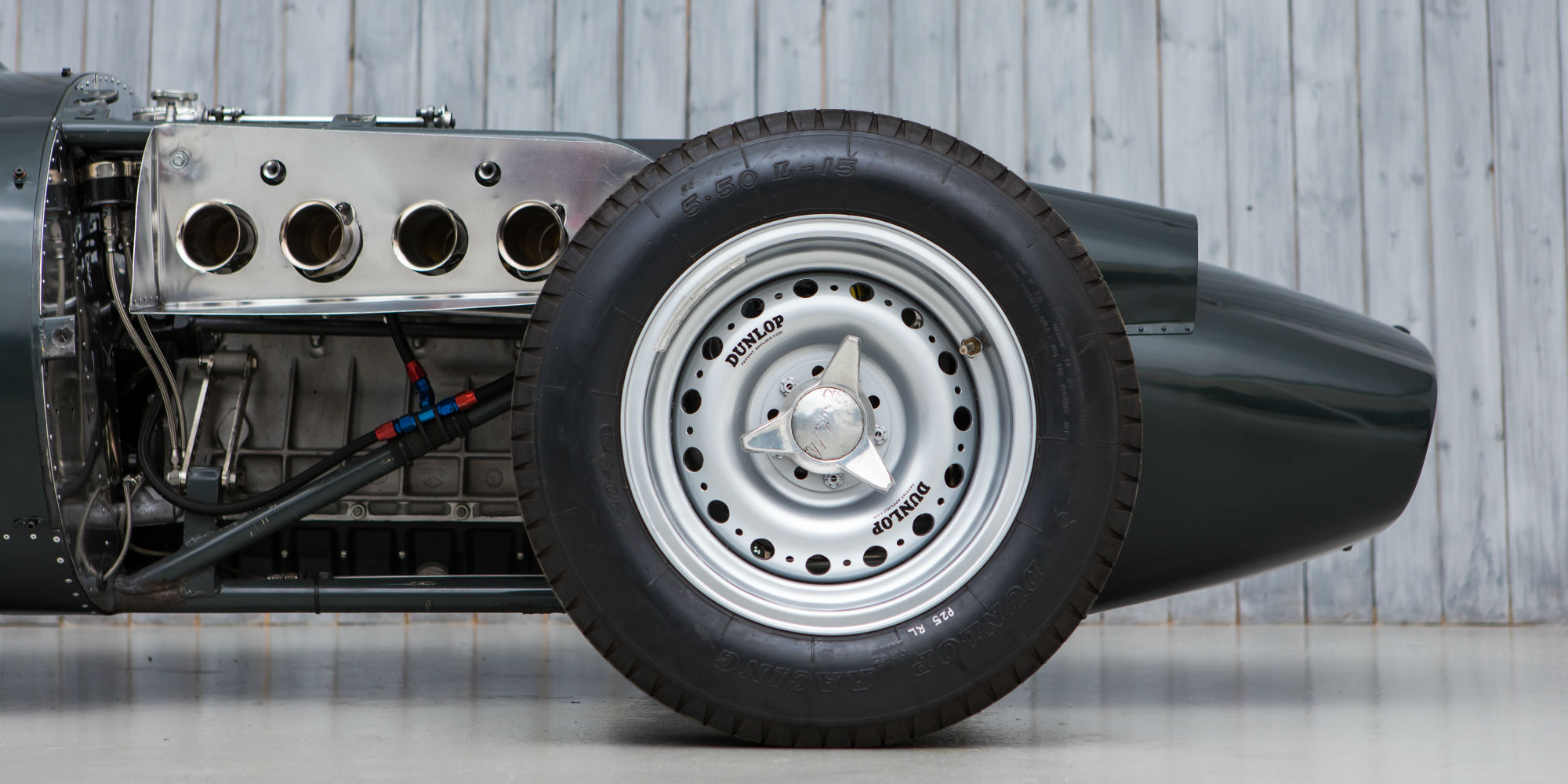 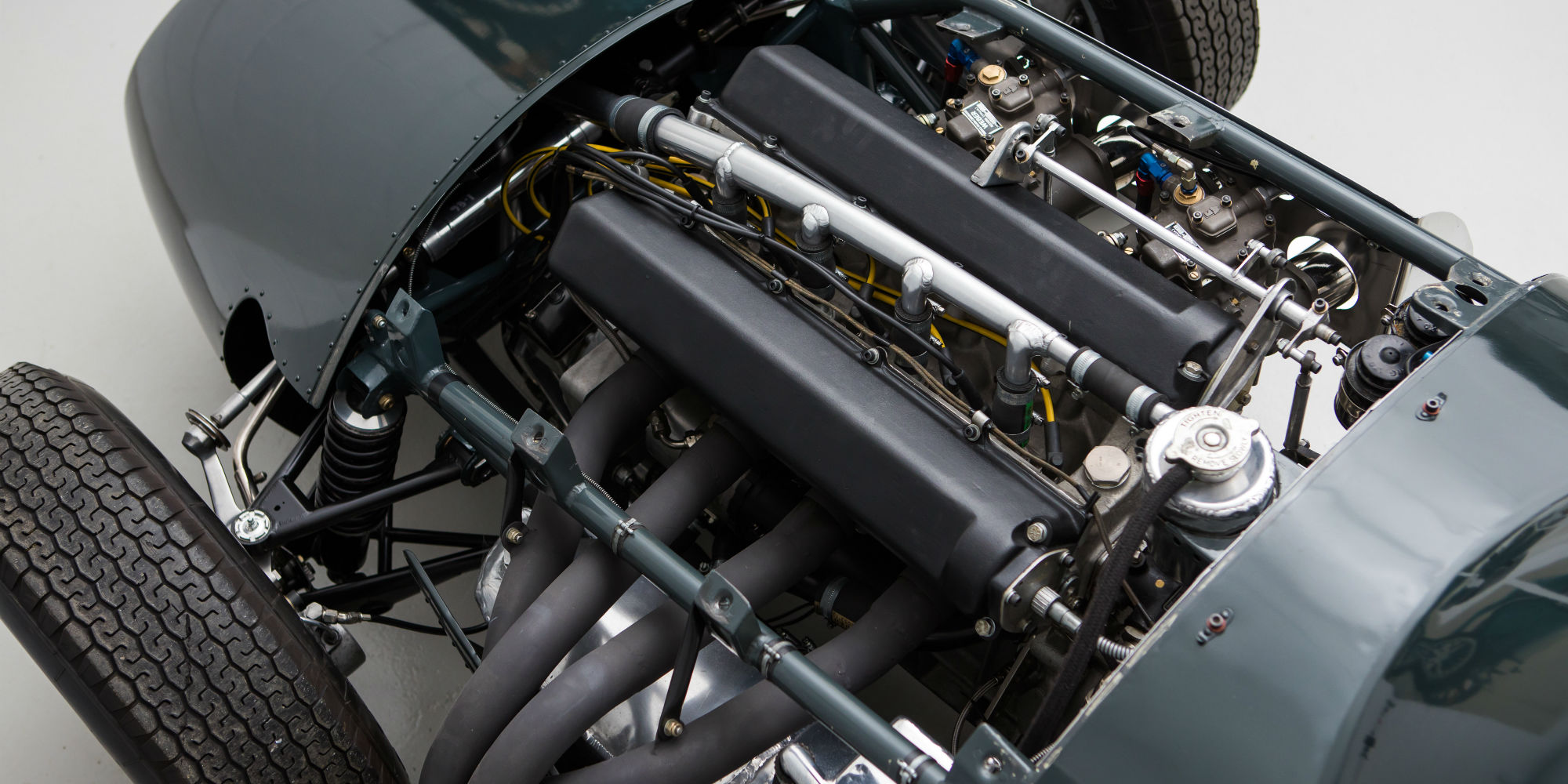 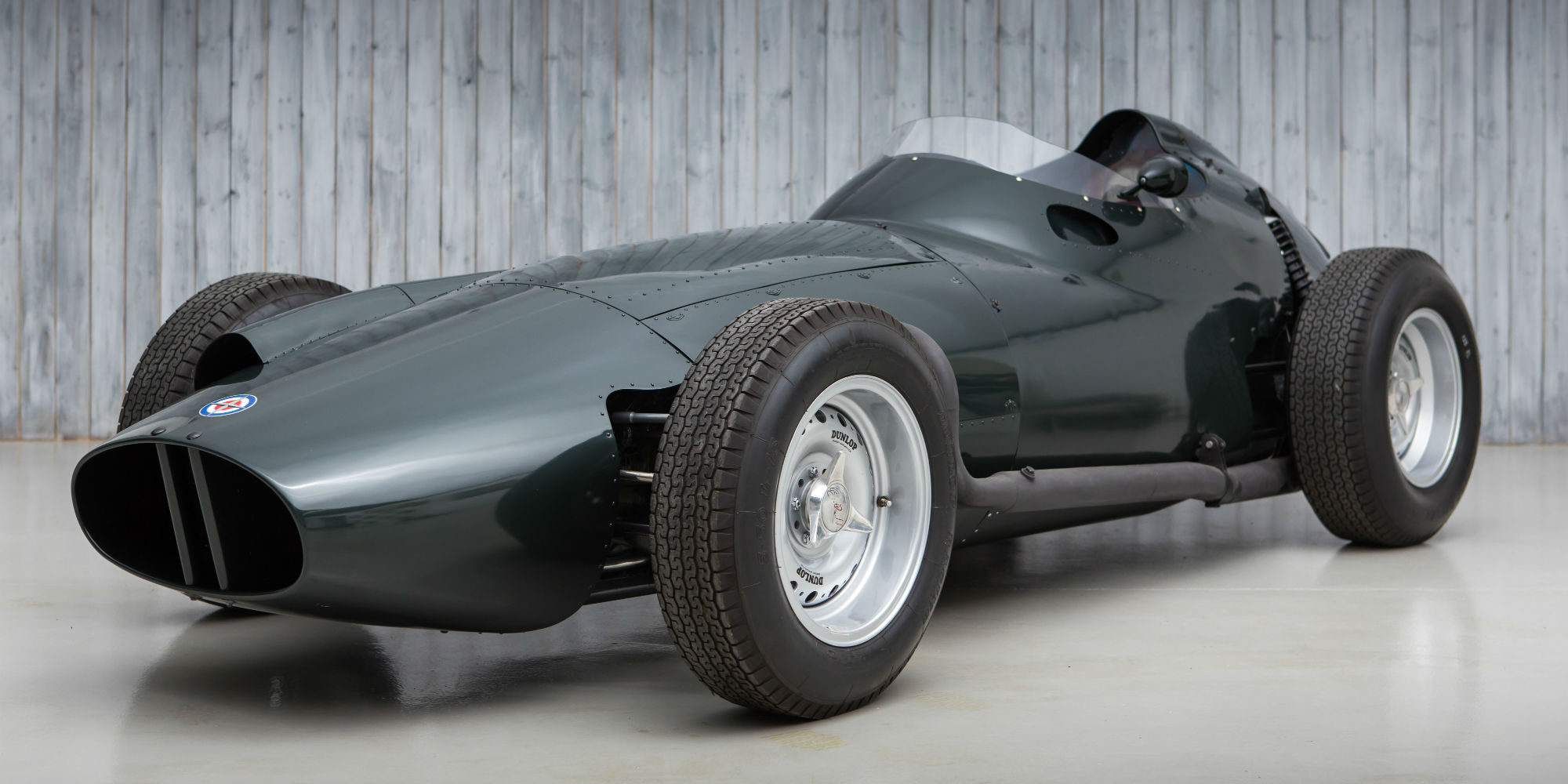 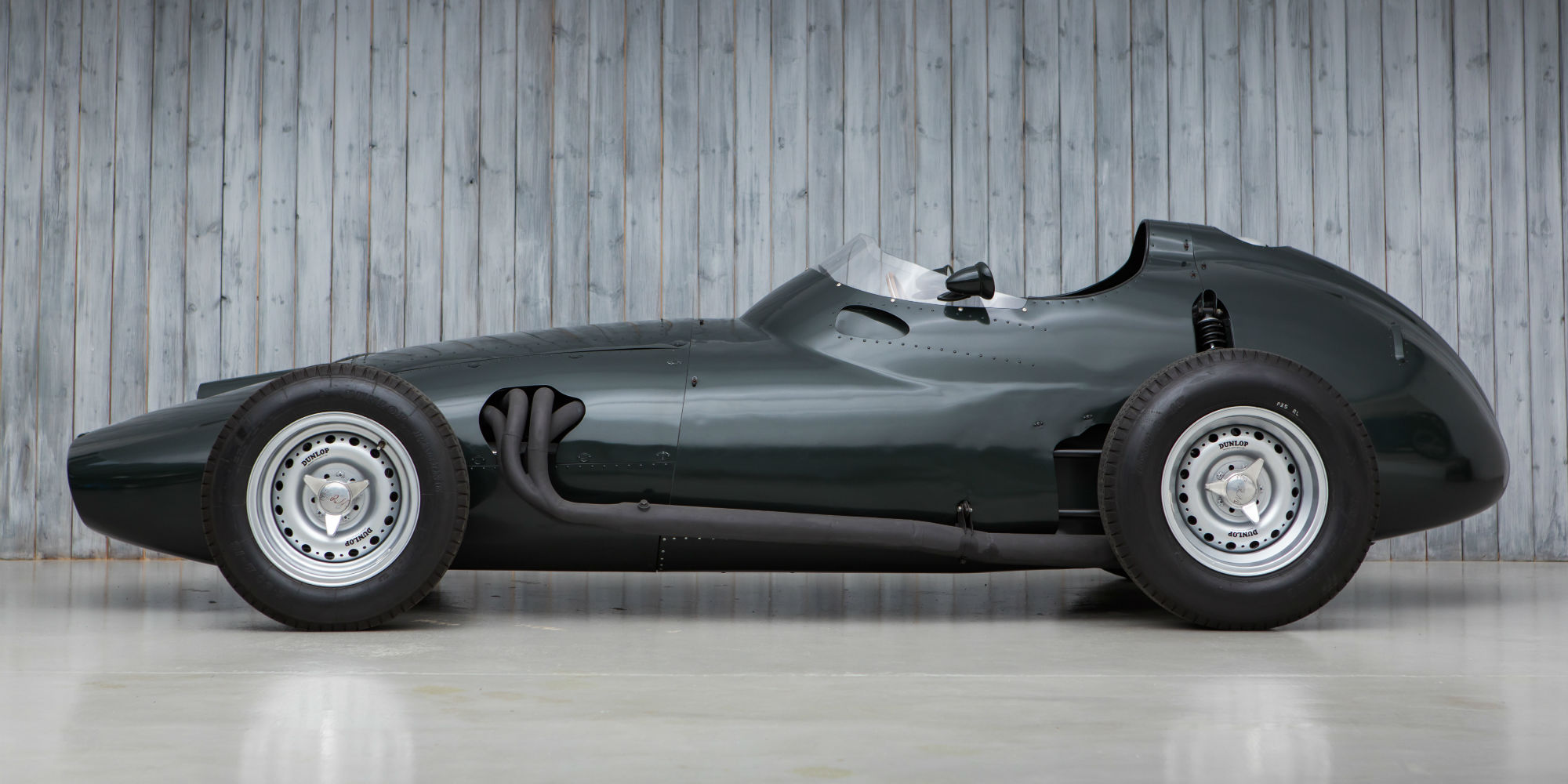 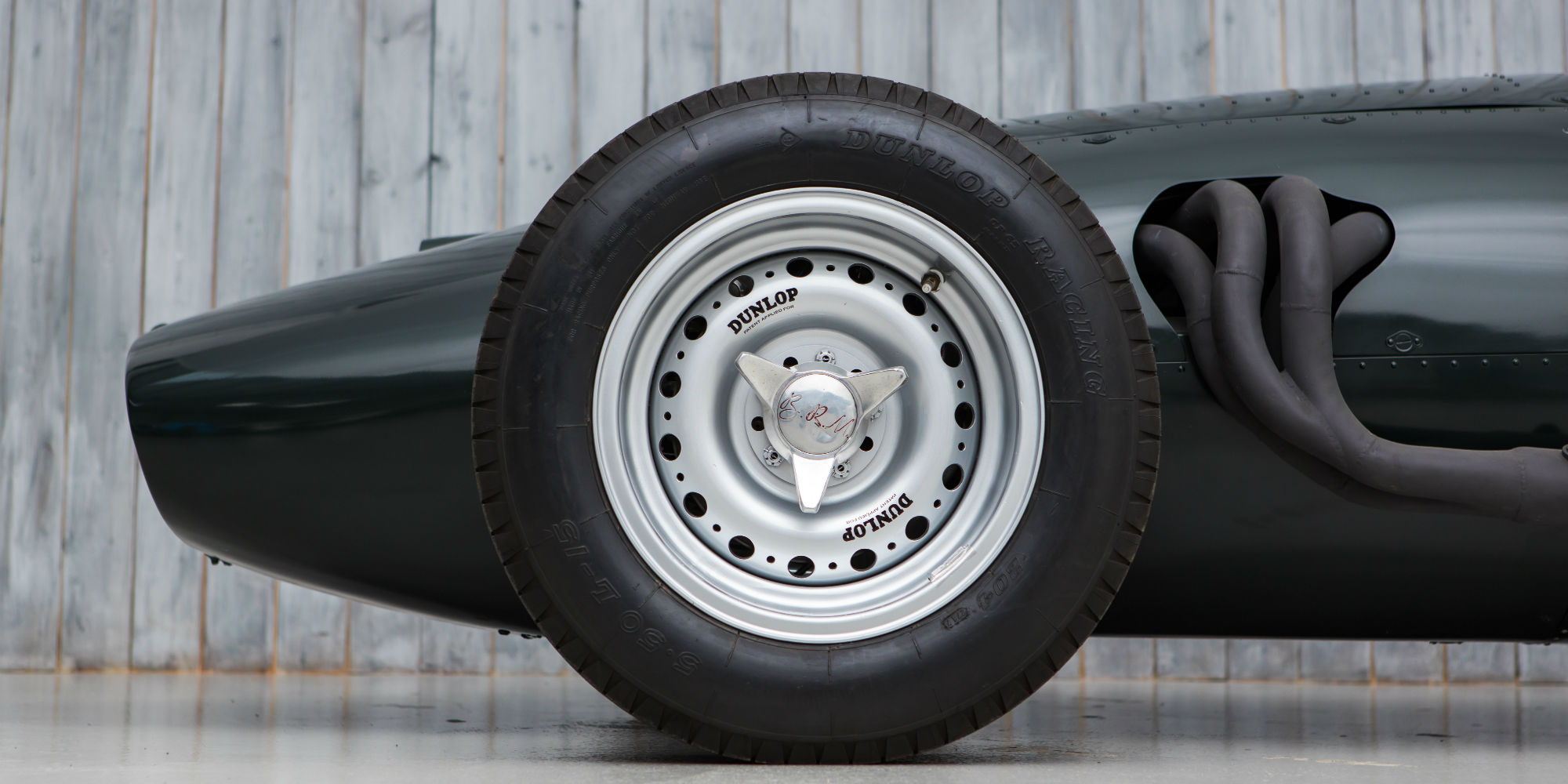 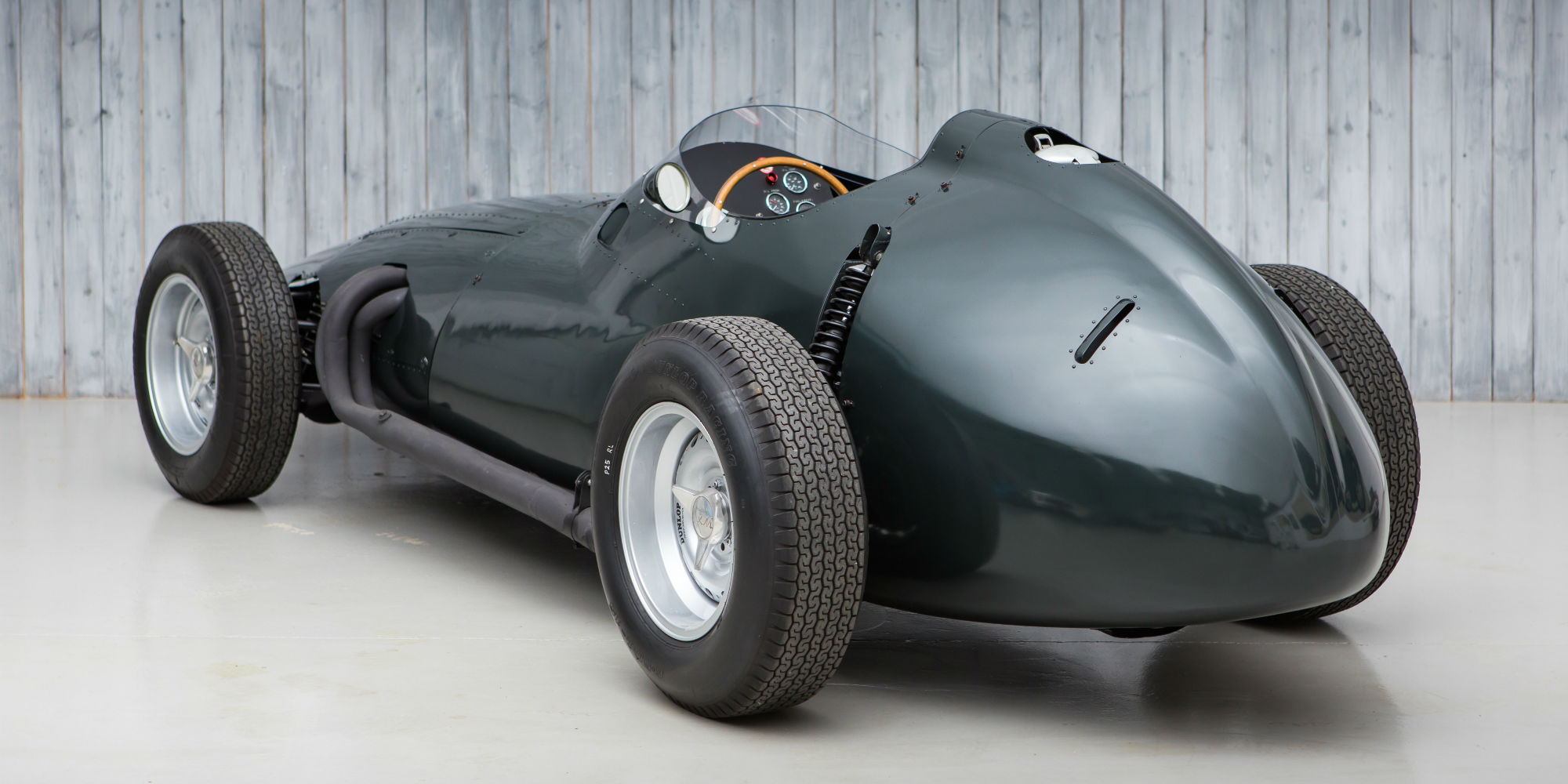 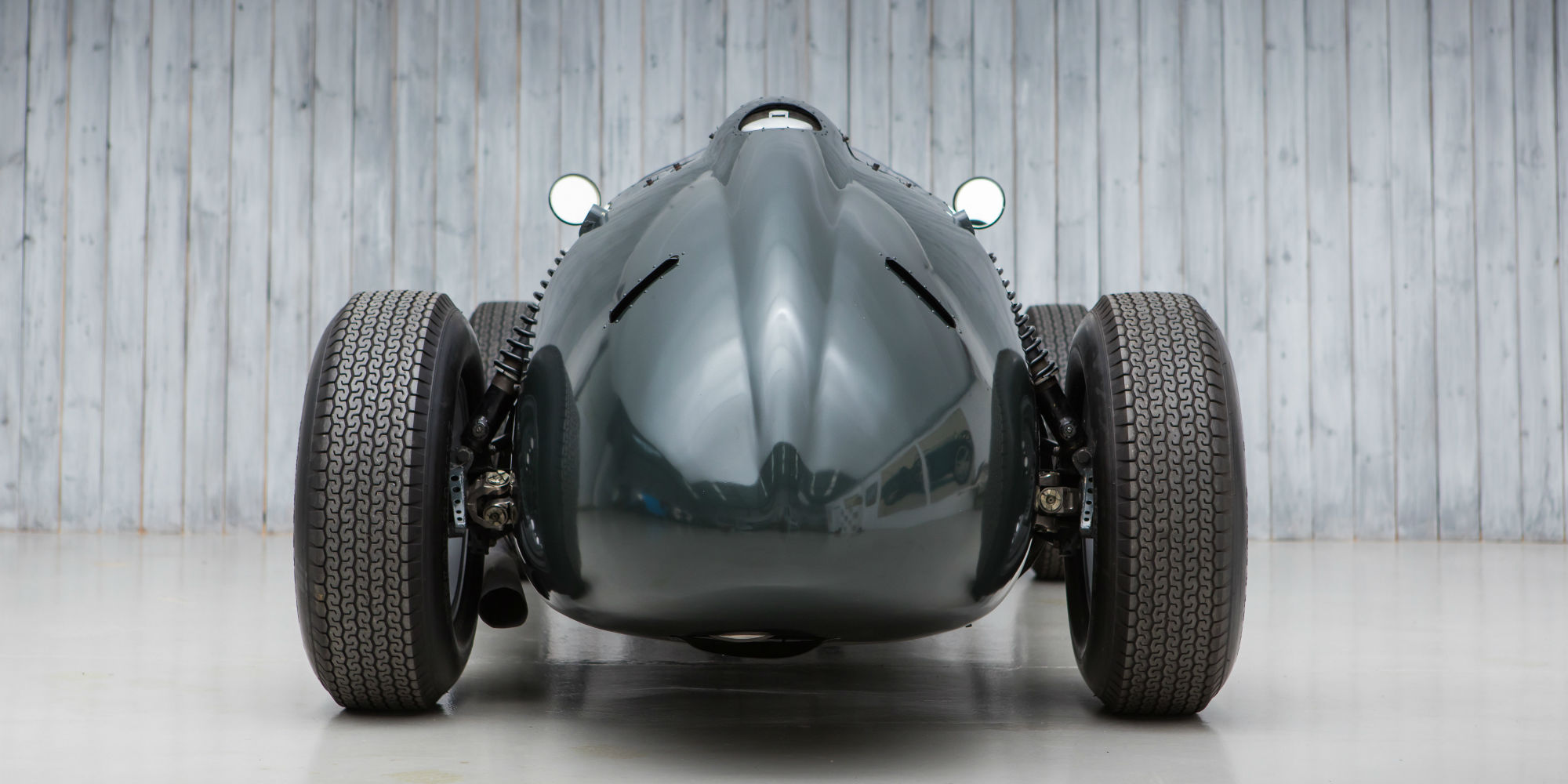 A Multiple Winner in Historic Racing from 1978, and Winner of the Richmond Trophy at the 2021 Goodwood Revival

Few names in Formula 1 history evoke the same feeling of history, nostalgia and excitement as BRM. The brainchild of two men, Raymond Mays and Peter Berthon, British Racing Motors or BRM became what was effectively seen as the British national Formula 1 outfit in the post-War era.

BRM arrived on the Grand Prix scene with one of the most ambitious Grand Prix car designs of all time. As the dust settled in 1947, Mays and Berthon planned to build an outstanding Grand Prix machine to take on the likes of Alfa Romeo and Mercedes-Benz. This resulted in what was to be a highly advanced design and extensive engineering exercise. It was penned with a 1,500cc V16 engine promising to deliver 400hp.

The project needed large amounts of funding, however, if it was to become a reality. Mays went to several of the leading figures in the domestic British motor industry and the British Motor Racing Research Trust was formed.

The BRM had captured the imagination of the British public and had been hailed as ‘Britain’s Greatest Racing Car’ in the press exposure leading up to its debut. However, problems were frequent and complex. At Barcelona in 1950, Parnell and Walker gave the world a glance at the V16’s speed capabilities, topping the 185 mph mark. Despite the promise, by the time the 1,500cc Formula 1 litre formula ended in 1953, the V16 had yet to finish a Grand Prix.

The project folded up in 1953, and the outfit went to the open market. After receiving seven bids, it was A.E. Owen of the Owen Organisation who bought BRM as a whole. Under Ernest Owen’s patronage, the fortunes of BRM gradually turned around.

Berthon was instructed to design a new four cylinder BRM for the new 2,500cc Formula 1 regulations of 1955. Having learnt the difficulties of an overly complex design with the V16, the new engine was meant to be simpler and in theory, trouble free. The engine featured aluminium cylinder block and head castings, twin-over-head camshafts and over-square bore and stroke with very large diameter pistons working in a short stroke. Twin magnetos provided spark, while two very large 58 DCO Weber carburettors delivered the fuel and air. Power was cited as being in excess of 250hp.

The new car was known as the Type 25, or P25. With a light but strong space frame chassis, the engine was mounted conventionally in front of the driver, with a rear transaxle unit transferring power to the wheels. Suspension was double wishbone with coil over dampers on the front, and sliding de Dion axle on the rear.

Headaches were still felt, however. Despite lap charts confirming the BRM as being the fastest car racing as long as it circulated, reliability was tiresome. 1959 brought improvements with engine development, and Dunlop were tasked with curing brake faults that were experienced.

Stirling Moss tested the result at Zandvoort and completed a run of 105 laps. In doing so, he lowered the previous record held by the Vanwall by two seconds. Success finally came to BRM in the Dutch Grand Prix where Jo Bonnier came out on top at the conclusion of a hard fought race, to hold off pressure from Moss and Brabham in their Coopers.

In the late 1960s, professional pilot and BRM enthusiast Mike Stow acquired the rear engined ex – Dan Gurney BRM P48, and soon set about on a project to precisely reconstruct a P25. Stow had the chassis produced with the extensive help of those who had built them at BRM originally, including Peter Bothamley, Stan Hope, Alec Stokes, Aubrey Woods and Danny Woodward. The engine and gearbox from the P48 were removed and rebuilt in preparation to be used in the P25.

Correspondence from Rivers Fletcher in 1971 talks about how Stow’s car should be chassis number 255, and to be referred to as 255/2. Rivers Fletcher goes on to say that this was agreed by BRM and that the letter would be copied on to the VSCC.

In November 1971, Stow agreed to sell as a package, the P25 chassis, P48 rolling chassis, completed engine and gearbox to the current owner, who at the time was racing in contemporary Formula 1 and Formula 2. On completion of the deal, the current owner set about finishing the already well progressed P25 project. The work was undertaken by the ex – BRM employees once more, with Danny Woodward’s Specialized Products working on the reconstruction over several years. Where parts were needed, Rubery, Owen & Co Ltd. were able to supply them and these invoices, together with those of Specialized Products, remain with the P25 in the file today.

As the reconstruction reached completion, there was much correspondence with David Owen and Peter Spear of Rubery Owen, the parent company of BRM, about matters concerning parts supply, potential sponsorship and confirmation of the blessing by them and BRM of the project.

David Owen talks about his approval of the P25 in a letter which still accompanies the car today, going on to say that many of the components used originated from front-engined P25 models and that BRM along with Rubery Owen have assisted in producing parts from original drawings, with castings, materials and machining provided, with the work carried out by original staff members. Owen concluded his letter in asking that the P25 feature an ‘R’ next to the chassis number.

The current owner was also in correspondence with Sir Stirling Moss about having Sir Stirling rent the P25 to race in historics. Sir Stirling was keen on the idea but it seems that suitable backing was not found and nothing more of it developed. A letter from Sir Stirling remains with the P25 today.

Testing of the completed P25 was undertaken in 1977 at Goodwood, and the current owner began racing it in 1978 with sponsorship from Graham Warner of the Chequered Flag. Arthur Mallock was employed to analyse and develop the suspension of the P25, the details of which survive today in the letters between Mallock and the current owner. Further work and maintenance was carried out by Hall & Fowler in Bourne, also former BRM mechanics.

Two years before the formation of the Historic Grand Prix Cars Association, 1978’s calendar for the P25 featured races at Thruxton, Brands Hatch, Silverstone and Donington. The current owner took victory at Brands Hatch in May, and a further five podiums in his first season with the P25, against the likes of Neil Corner, Willie Green and Alain de Cadenet.

In 1979, backing from the Chequered Flag continued, and a schedule of six races was completed. Victory was taken once more, this time at Silverstone, along with four podiums. In 1980, the current owner was pivotal in arranging for a historic Grand Prix car support race to take place at the French Grand Prix, which would prove to be the beginnings of the HGPCA that we know today. At a time where start money was negotiated for the competitors, the current owner drove the P25 to victory after a race long battle with Willie Green in a Maserati 250F, and Bruce Halford coming home in third with his Lotus 16.

Over subsequent years, several more victories followed, with the current owner always remaining fiercely competitive in the P25. A trip to the United States featured, where the P25 stayed for a few years in the late ‘80s, being campaigned at Laguna Seca and maintained by Rob Shanahan. On the return to the U.K., the P25 continued to be raced in historics with success.

With Hall & Hall carrying out the restoration of the P48, which had also remained in the current owner’s custodianship from 1971, the original engine was removed from the P25, and a new, top specification engine was ordered. Hall & Hall remanufactured the components of 2.5 litre engine completely, with the finished engine producing a superb 285hp and revving to 8,000 rpm.

Upon the completion of fitting of the new engine into the P25 by Hall & Hall, it was entered into the 2018 Goodwood Members’ Meeting for the Hawthorn Trophy with our own Ben Mitchell driving. Qualifying in second place with ease, the decision was taken to not compete in the race with freezing temperatures and de-icing materials on the track.

The current owner took to the wheel of the P25 once more at the 2018 Goodwood Revival in the Richmond & Gordon Trophy. Starting at the tail of the grid due to being a very last minute entry, he was making progress through the field when contact was made and retirement forced. Following the incident, Hall & Hall inspected the damage, finding that the P25 stood up very well, and undertook repairs wherever necessary. At this time, the opportunity was taken to make a new car set of wishbones for the P25. Following the completion of the work, the P25 was shaken down at the 2019 BRM Day at Blyton Park.

Most recently, the P25 took victory in the Richmond Trophy race at the Goodwood Revival. Driven by Ben Mitchell, the P25 qualified in second position and after lining up in the centre of the front row, made its way clear of the Maserati ‘Tec-Mec’ and Lotus 16 to lead from lap 3.

Today, the P25 is offered having benefitted from the continued care of BRM experts Hall & Hall, and as such is a very competitive, potential race winner in the HGPCA and at Goodwood. Described by Stirling Moss as the best handling car he had raced, the BRM P25 is a highlight of the front-engined Grand Prix era, and with only one original example remaining, this BRM blessed and assisted P25 reconstruction is superb.