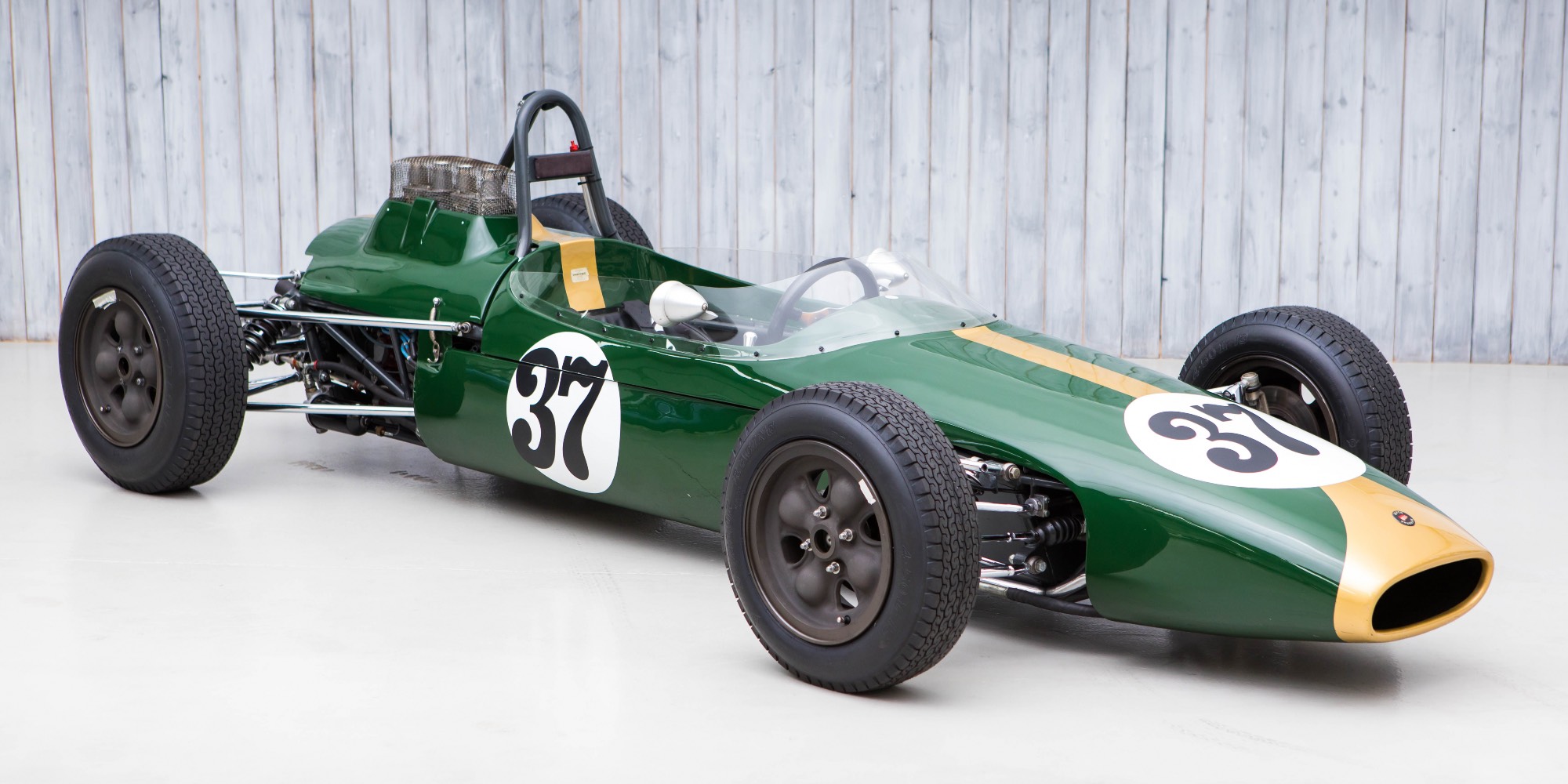 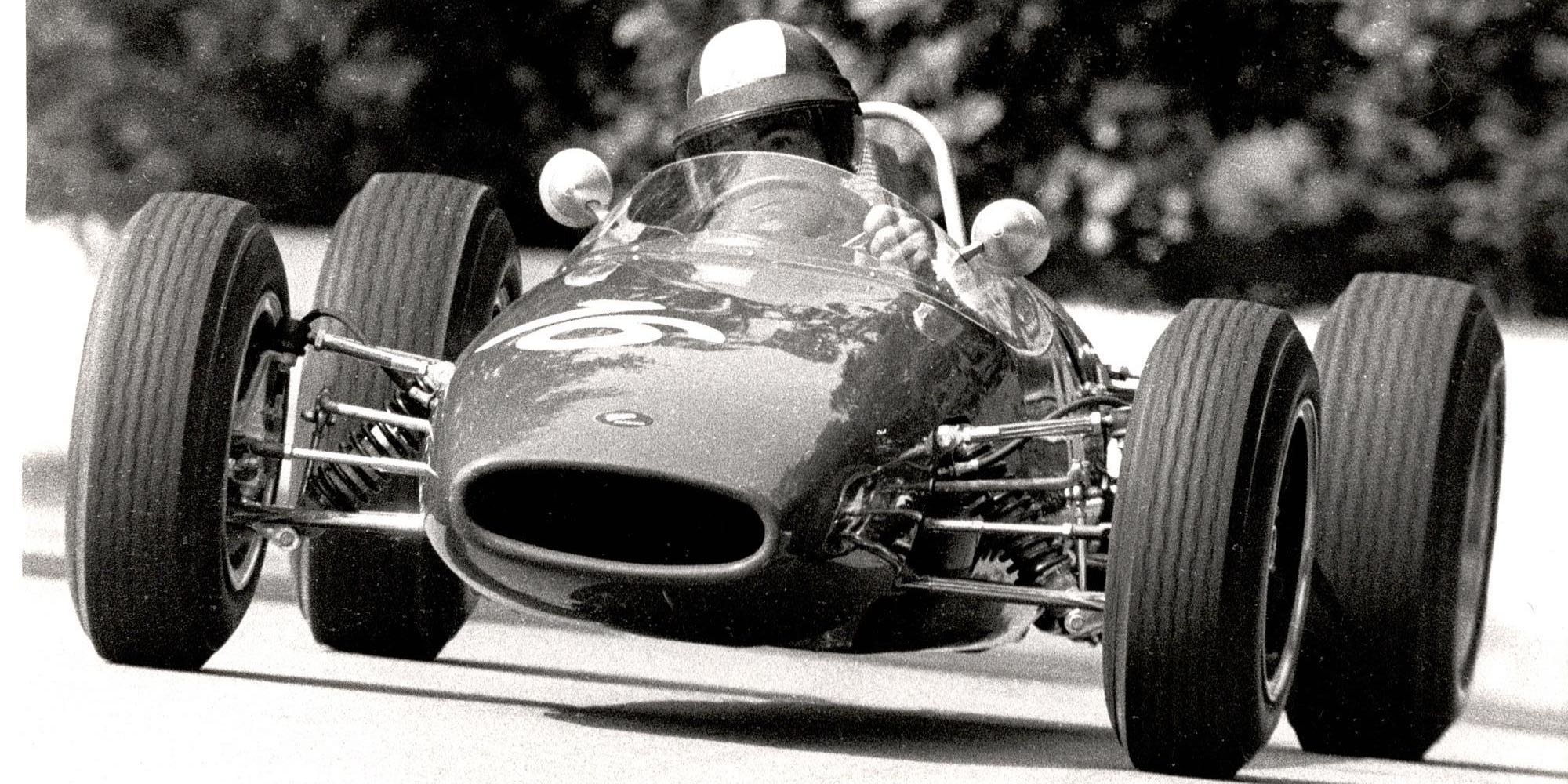 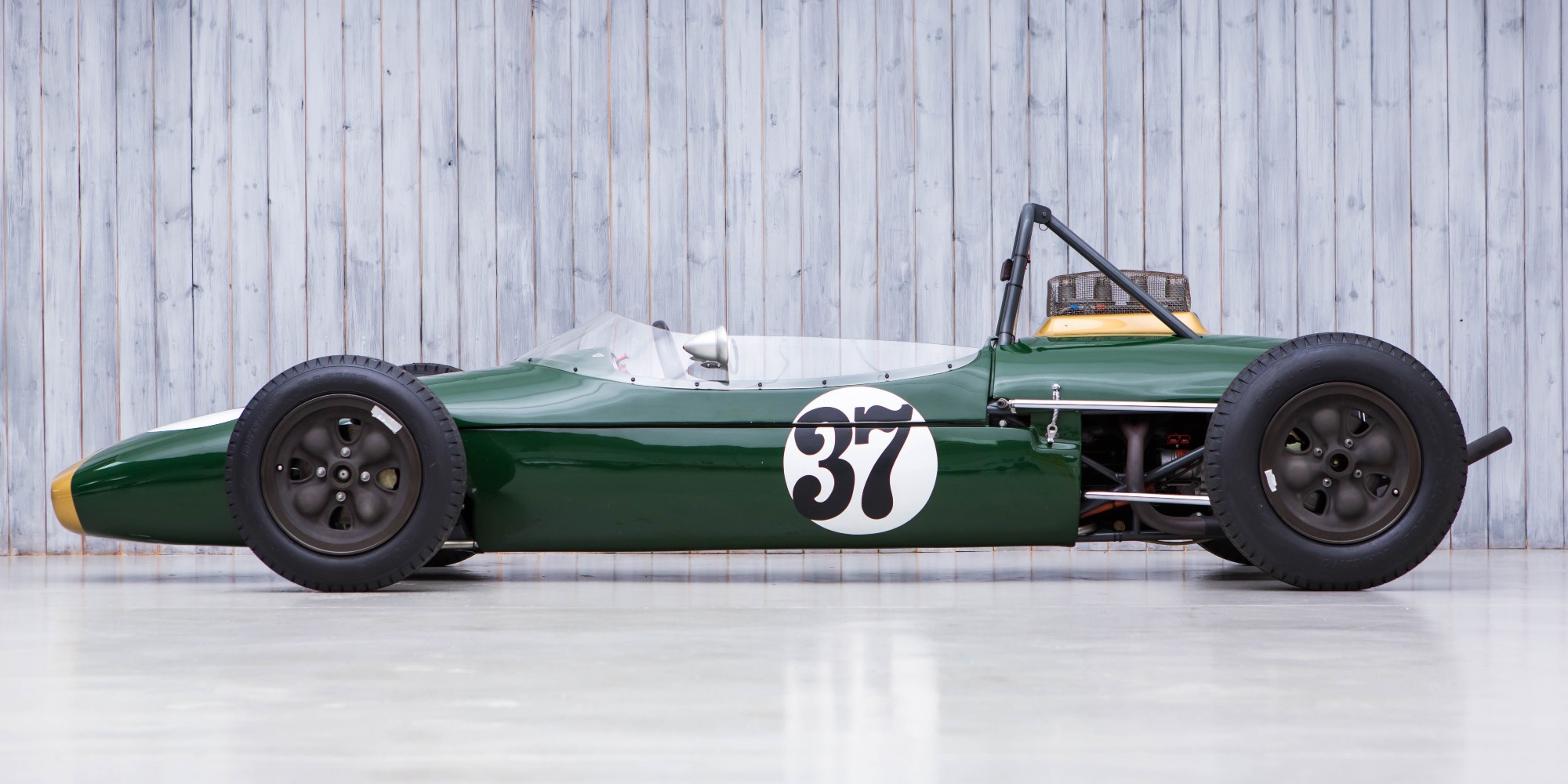 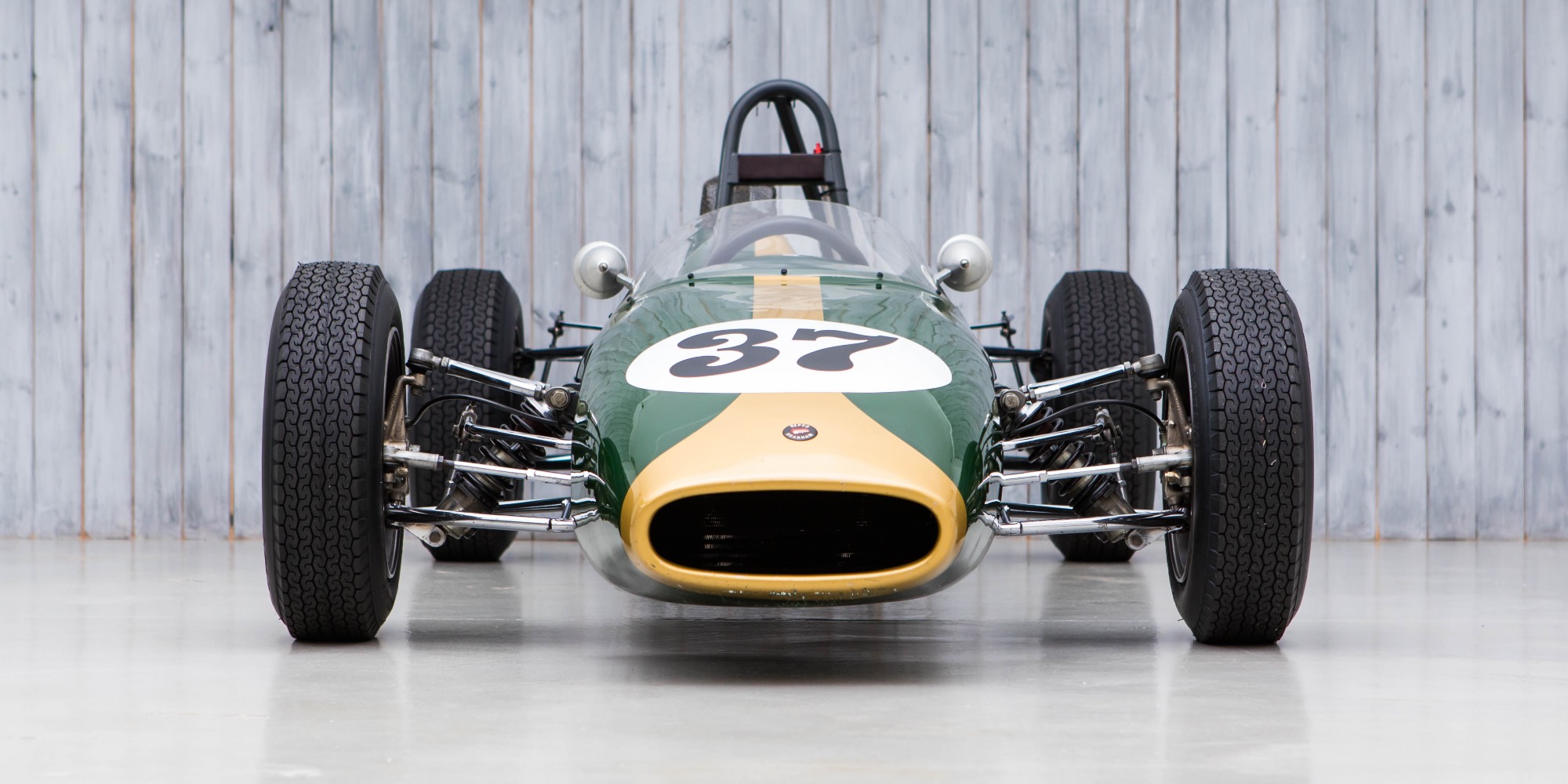 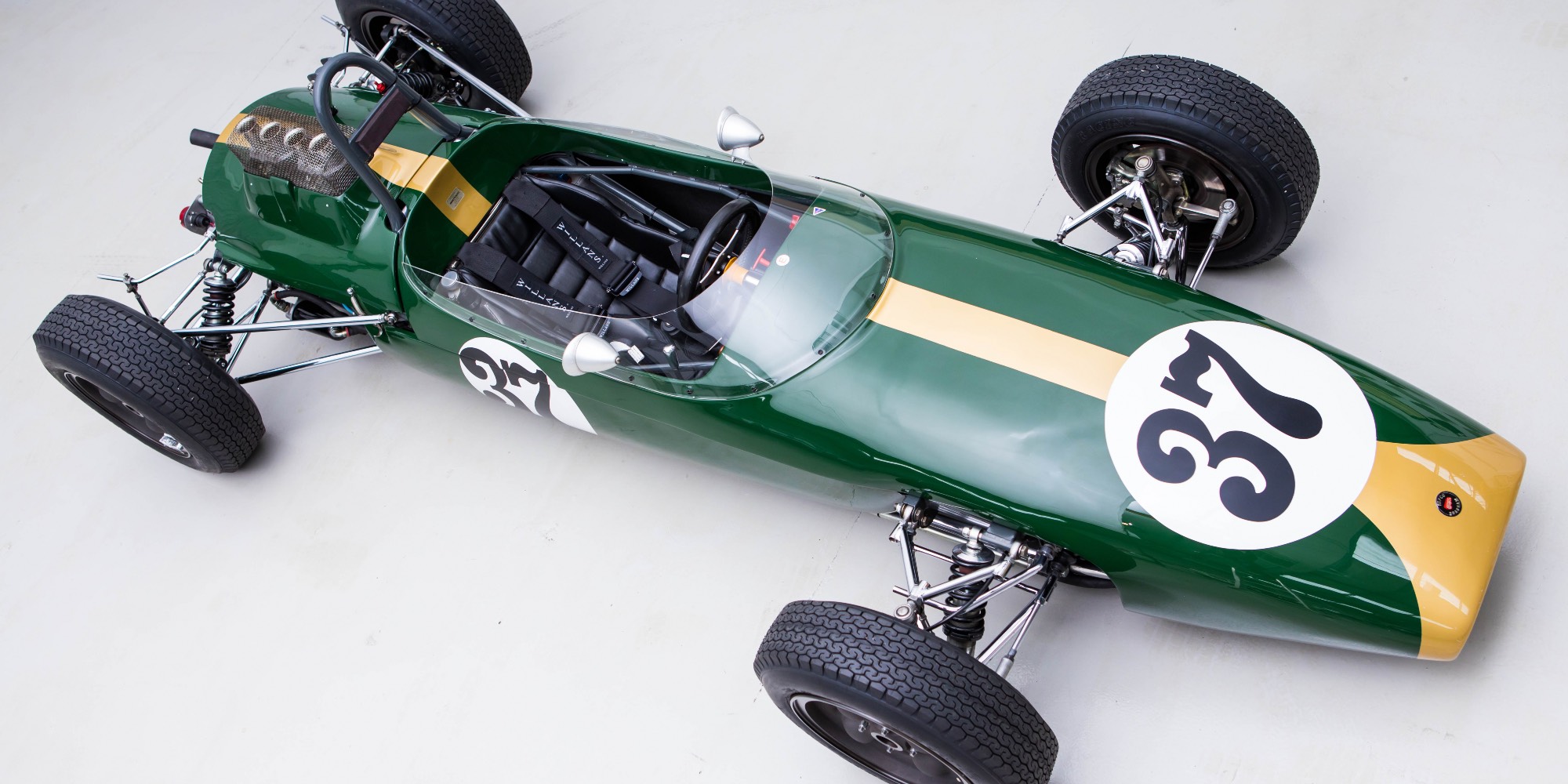 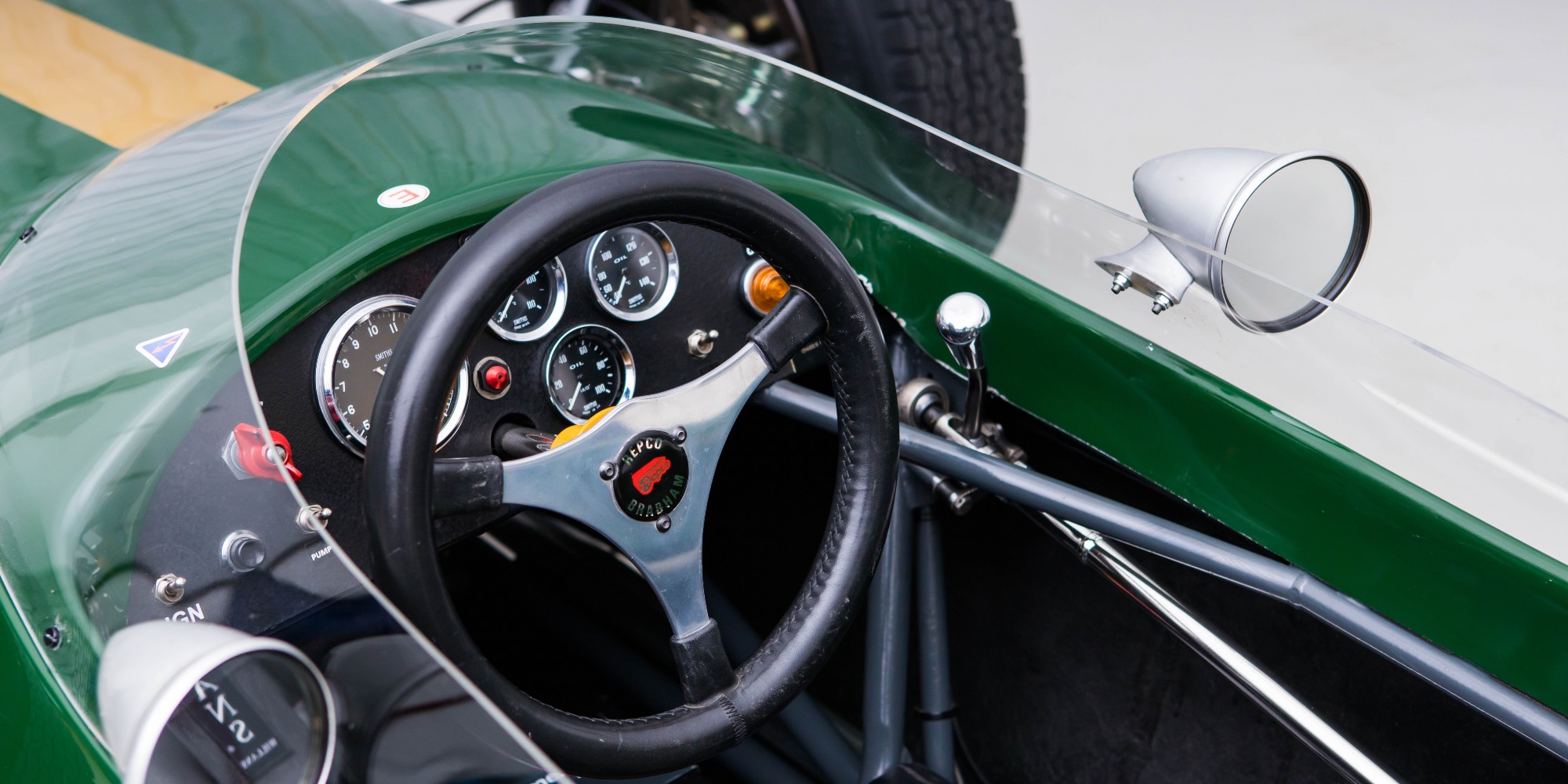 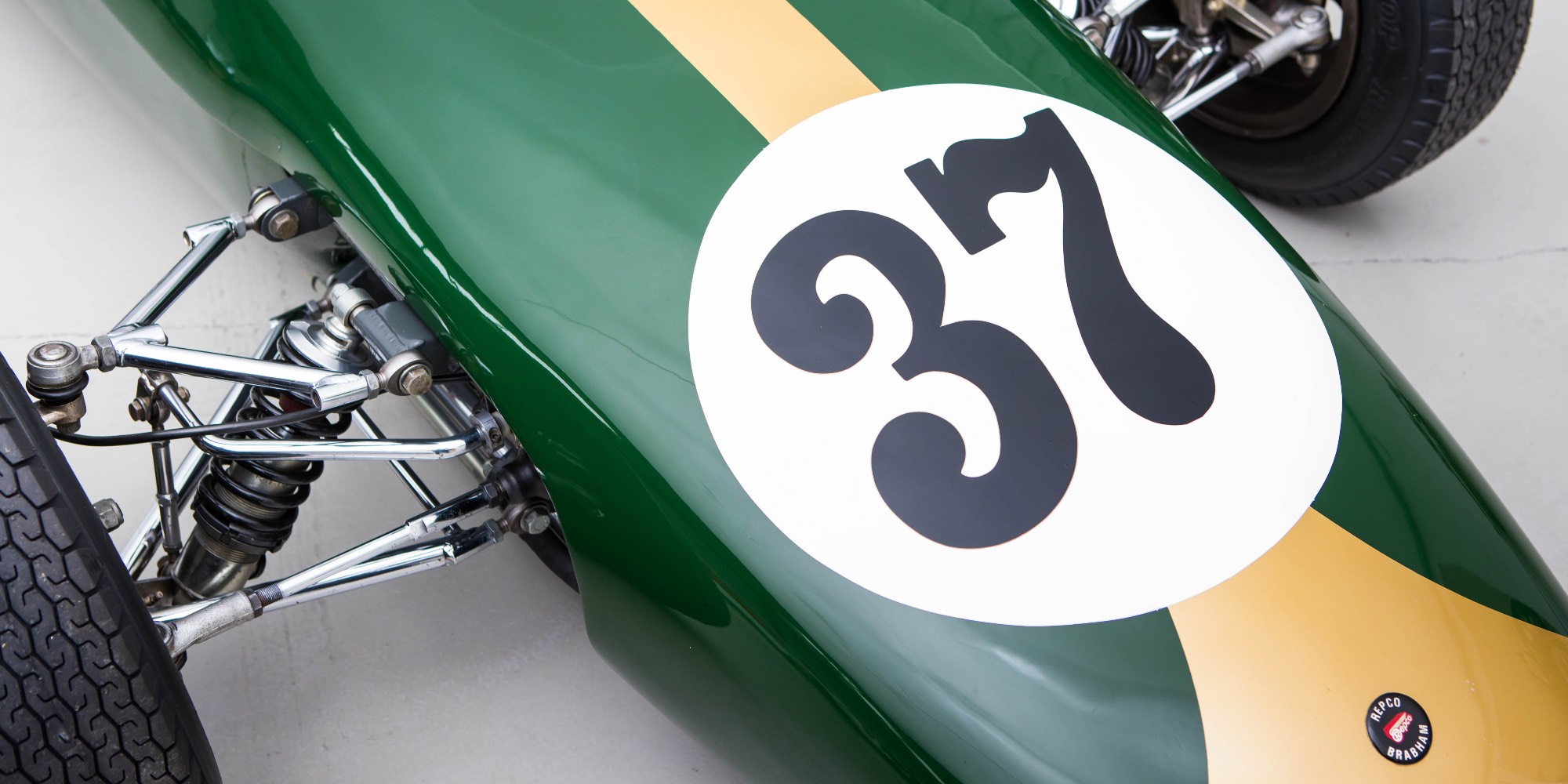 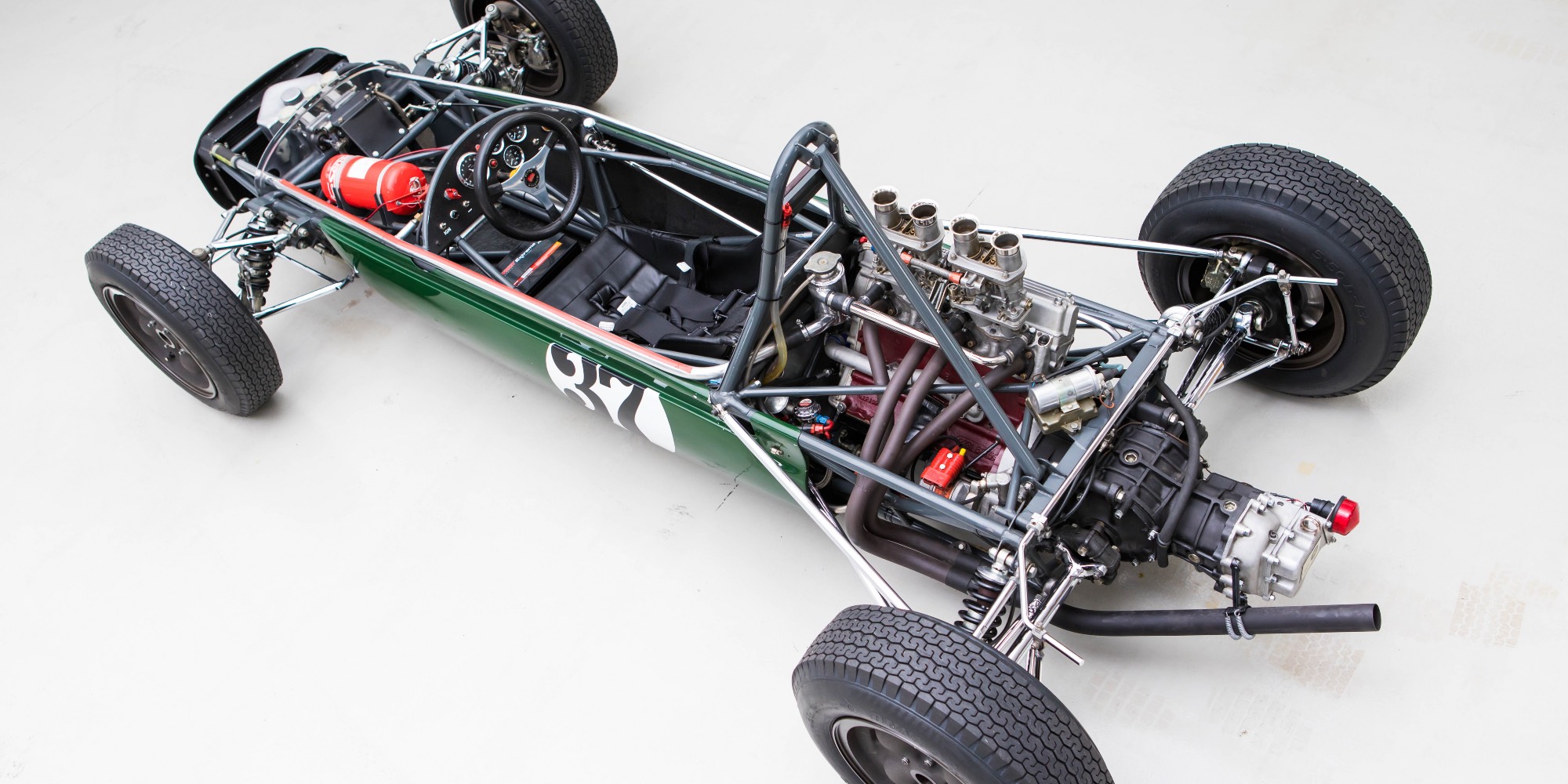 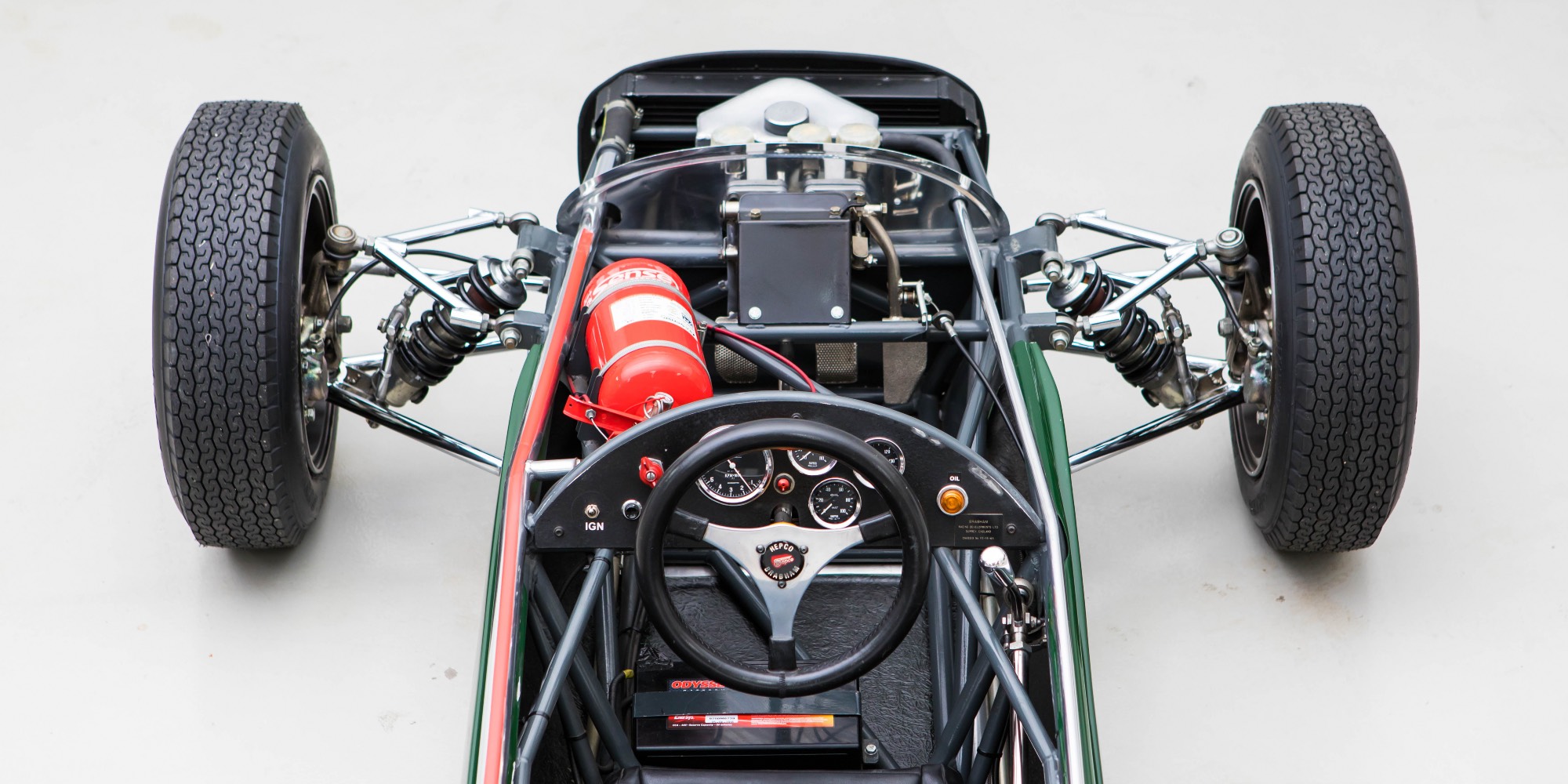 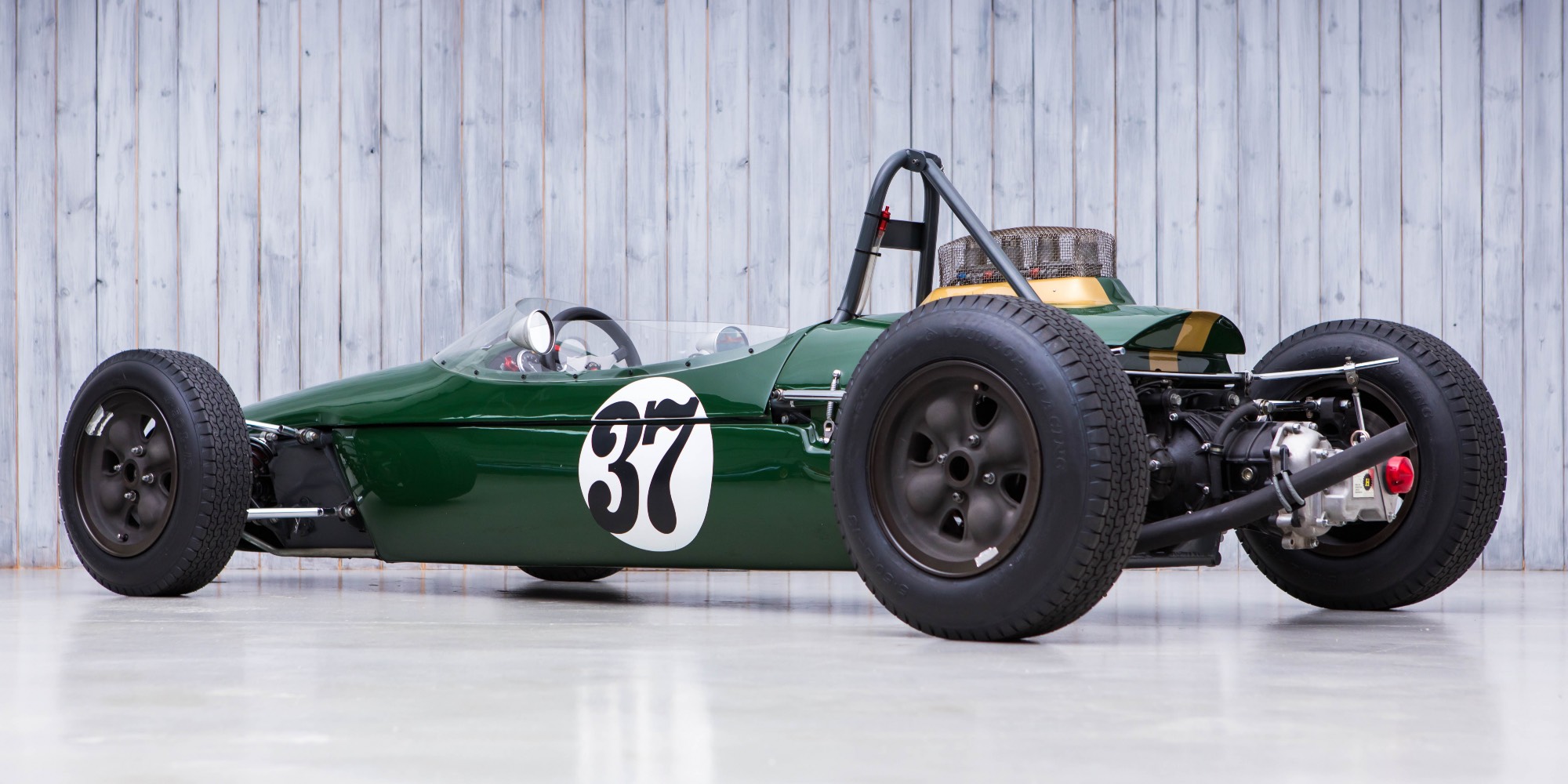 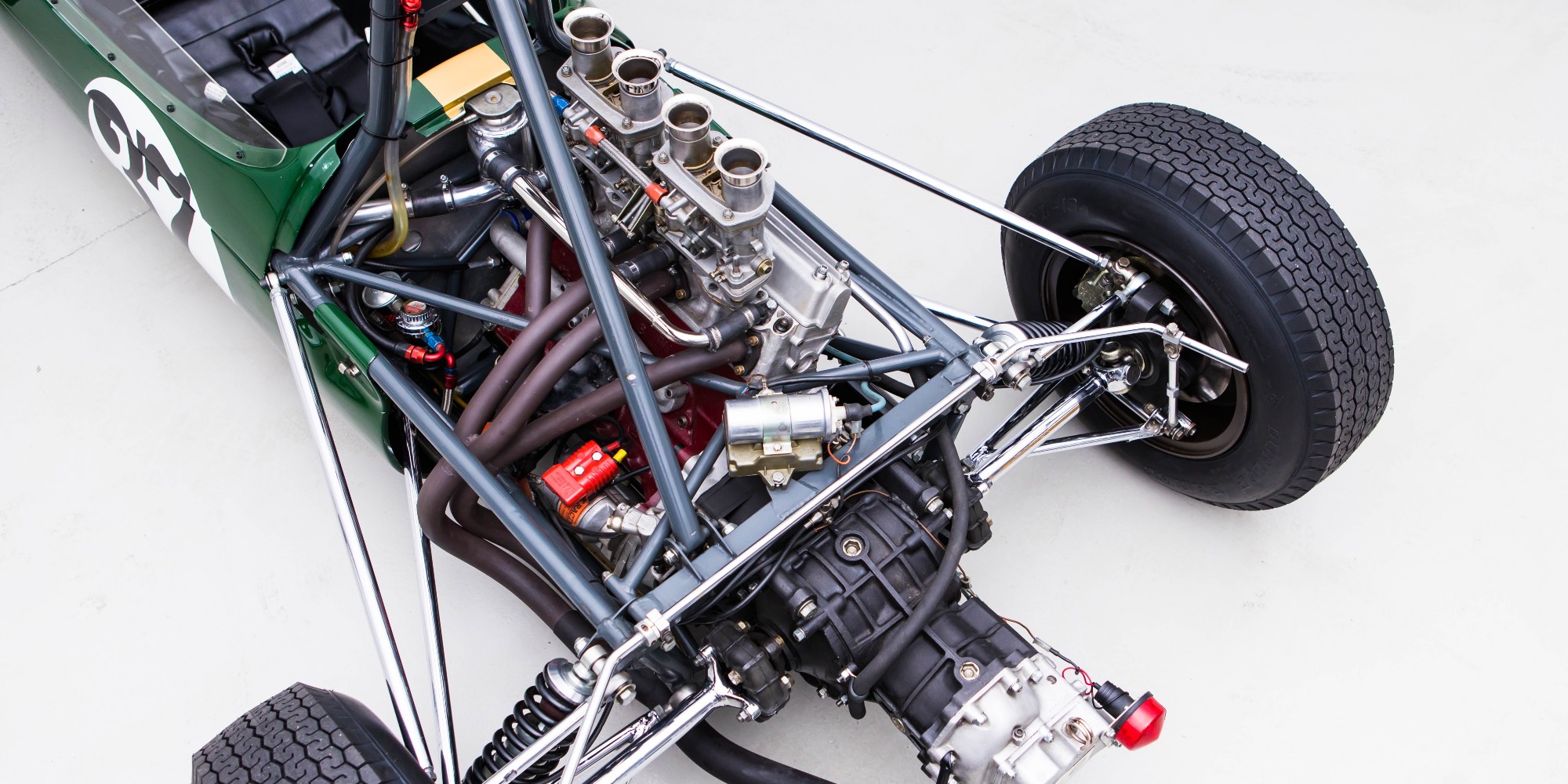 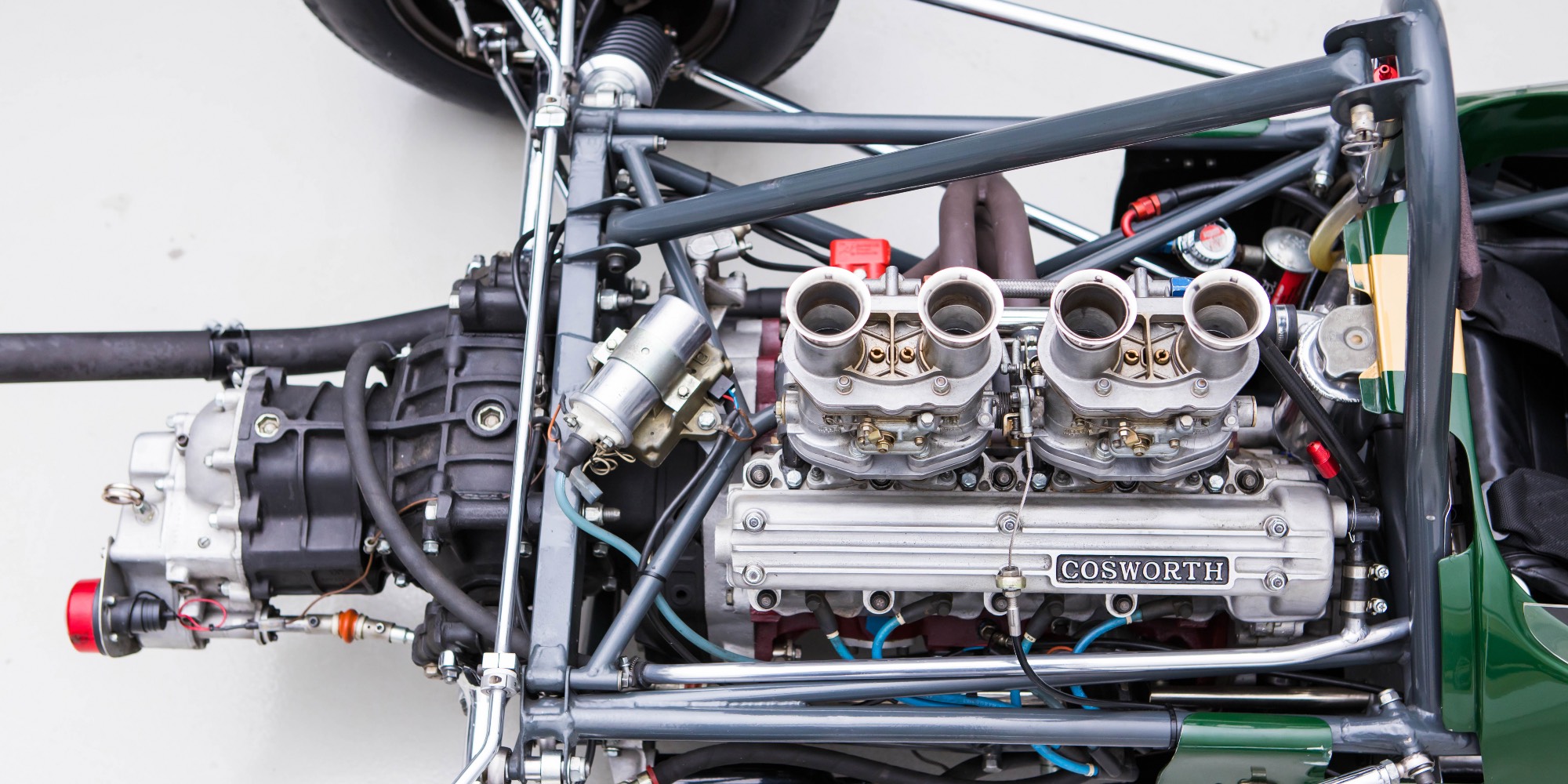 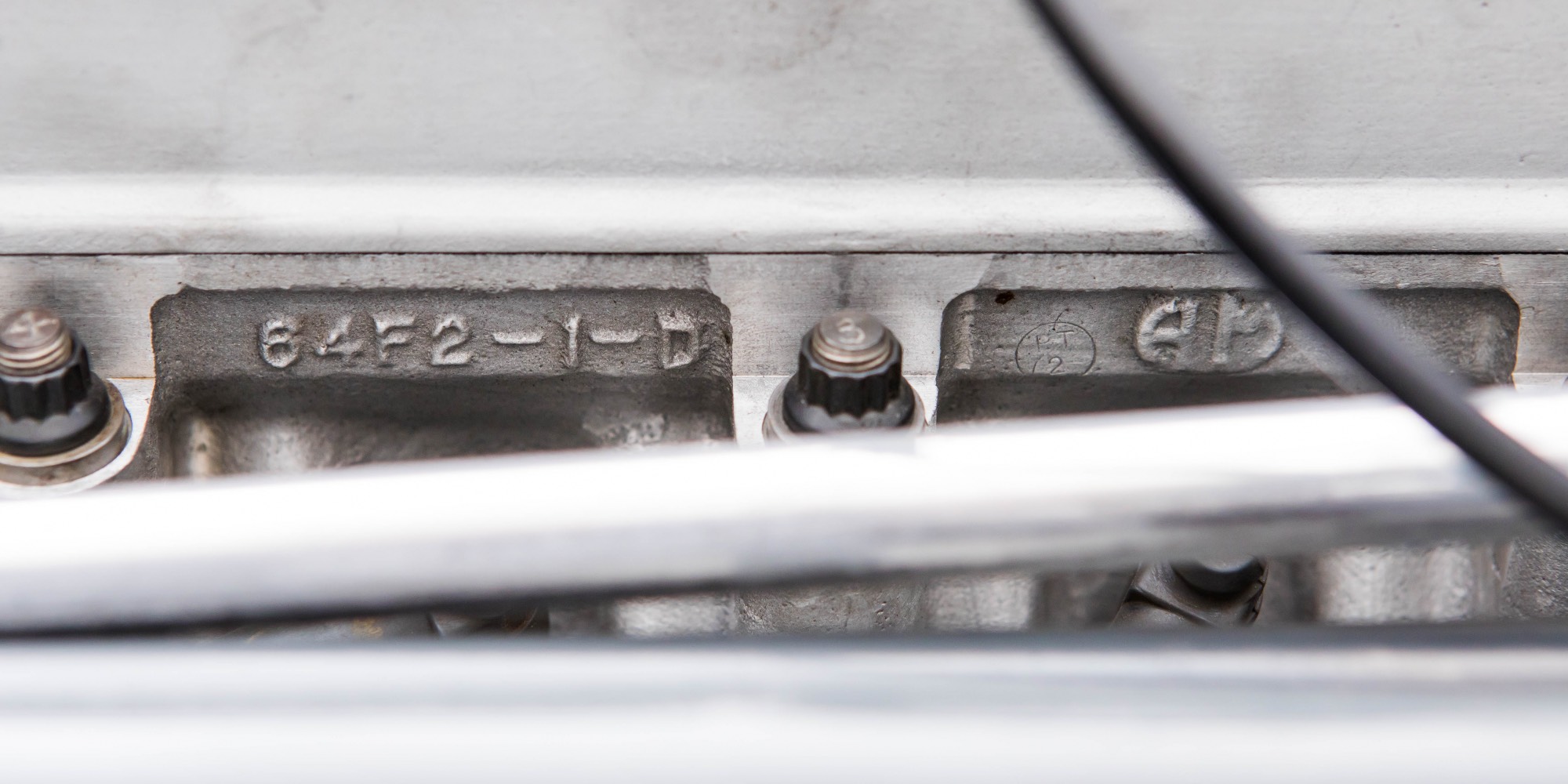 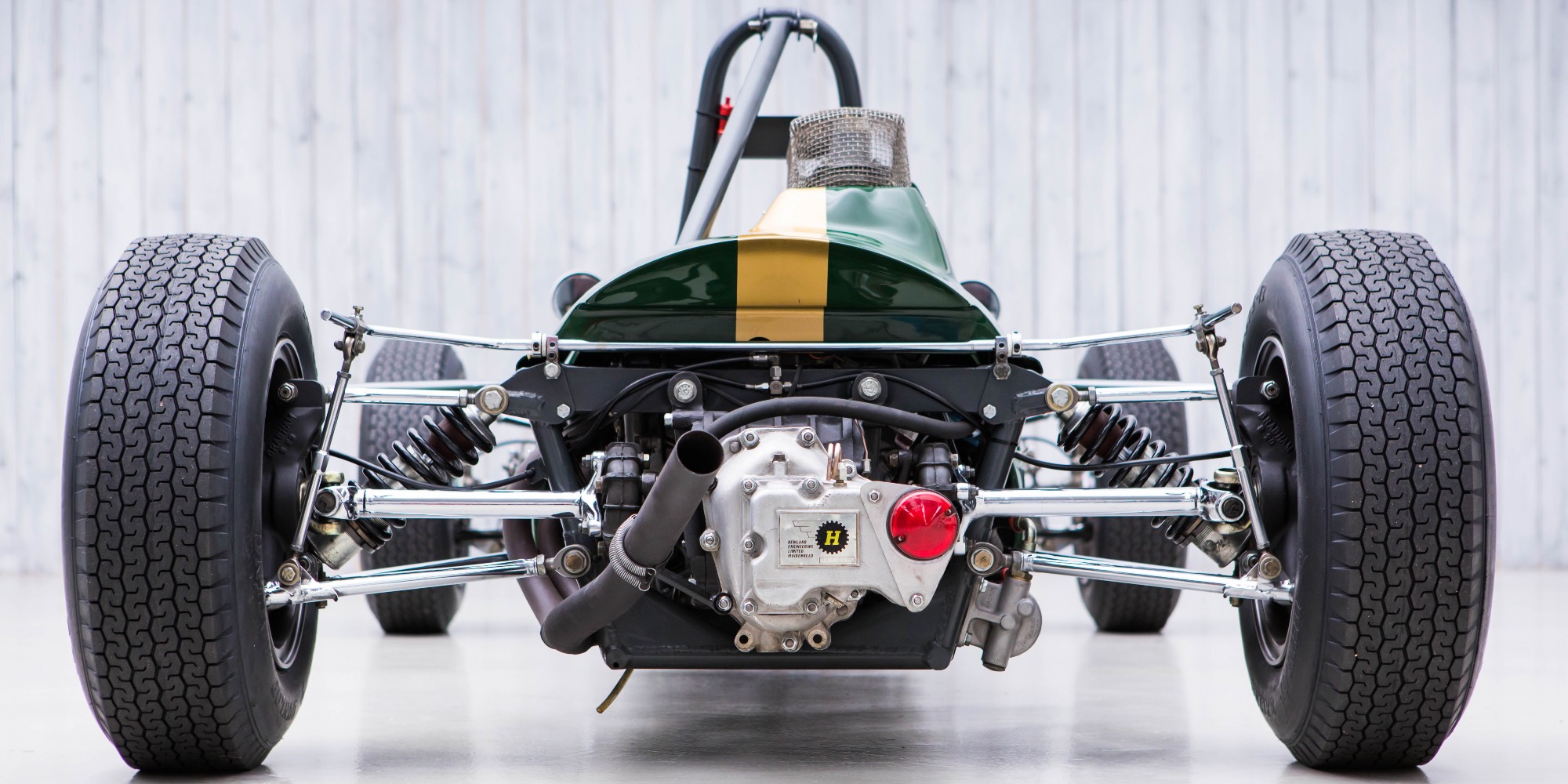 It is difficult not to get swept up in the passion and history that surrounds Jack Brabham and Brabham cars. Jack Brabham is one of the great names in motor racing history. Three times world champion, a true racing hero; he epitomises probably the most iconic eras of Grand Prix racing, not only for his achievements behind the wheel, but also for his incredibly successful career as a race car manufacturer. In 1966, he became the first man ever to win the Formula 1 World Championship in a car bearing his own name. A force to be reckoned with from their outset in 1962, Brabham cars went on to dominate across the Formulas; from Formula Junior through Formula 1, Formula 2 and Formula 3.

1000cc Formula 2 was racing at all but the highest level. Engine manufacturers BRM, Cosworth and Honda all were contesting for top honours with these high performance, small capacity machines in chassis by Lotus, Matra, Lola, Cooper and Brabham to name a few. The cars were driven by some of the greatest names of all time such as Clark, Surtees, Hill, Stewart, Brabham and McLaren, with Clark contesting Formula 2 as reigning Formula 1 World Champion. They battled it out on the iconic and then undiluted circuits; Nurburgring, Spa, Reims, and Goodwood.

Following the introduction of the new one litre formula in 1964, Brabham and Ron Tauranac designed the BT10. Building on the successes of the BT6 Formula Junior, the BT10 carried over the main principles but featured a new space frame chassis design with a shorter wheelbase than its predecessor.

Fitted with Cosworth’s new overhead cam, gear driven, aluminium cylinder head SCA engine and Hewland five speed gearbox, the BT10s were driven by some of the best drivers at the time. The works Brabham cars were fielded for Brabham himself and Denny Hulme, while Jochen Rindt drove a BT10 for Ford Austria.

It wasn’t long before the sleek BT10 took victory, with the first win for the model coming at the Grand Prix de Reims in July ’64 with Alan Rees at the wheel of Roy Winkelmann Racing’s example, while Brabham was second in a photo finish. Further victories followed for Hulme, Brabham, Frank Gardner and Jo Schlesser, with the season culminating in the Brabham team taking victory in the constructors’ ‘Les Grand Prix de France’ championship. Brabham took the drivers’ championship with Hulme second, and Rees third.

The car we have the pleasure of offering for sale today, F2-14-64, was the 14th of 17 BT10s built, and sold new to Denis O’Sullivan of Baldyne Engineering in Formula 2 specification. O’Sullivan competed during late ’64 in this format at Crystal Palace where he finished 4th.

Baldyne Engineering fitted a 1000cc Cosworth MAE engine into F2-14-64 for Formula 3 use in 1965, which got underway for the car at Goodwood in March. O’Sullivan took a 5th place there, and went one better at Croft at the end of March. Returning to Goodwood in April saw a 9th place, and the following weekend O’Sullivan took victory at Brands Hatch. O’Sullivan also took the outright single seater lap record there and was awarded the St. Johns Ambulance trophy by band The Dave Clark Five.

The team had been present at Monaco in May, though O’Sullivan and the BT10 did not qualify for the race itself. At Silverstone in July, F2-14-64 and O’Sullivan took 7th, they took 3rd in class at Rufforth the following week, before finishing 7th at Crystal Palace at the end of the month.

The Baldyne Engineering team ventured to the Roskilde Ring in August, where 9th place was taken in the Formula 3 race, in what was F2-14-64’s first race abroad. A 7th place at Brands Hatch on Boxing Day 1965 followed, rounding out O’Sullivan’s time with the car.

O’Sullivan, who had previously campaigned a BT6 Formula Junior, then acquired a new BT16 and Baldyne Engineering advertised the BT10 for sale in Autosport in October 1965 at £1850, along with a Cosworth SCA engine at £1300. It was bought by Geoff Oliver, with him and F2-14-64 entering the Sunday Mirror Trophy Formula 2 race at Goodwood in April and the Gran Premio de Barcelona Formula 2 race later that month at Montjuich Park.

Oliver then went on to traverse Europe with F2-14-64 in Formula 3 guise from Magny-Cours, where he took 4th, to Vila Real, Cascais, Oporto, Montjuich Park and Mallory Park. Having yielded a 4th at Oporto and 6th at Mallory, Oliver continued with F2-14-64 until the conclusion of the 1967 season.

Oliver advertised it for sale in Motoring News citing it as ‘Ex – O’Sullivan’. F2-14-64 was bought by Robs Lamplough in early 1967, and subsequently sold to the U.S.A. with Fred Opert, the Brabham importer of the time, taking it on. Ownership passed to Fred Harris in the New York State area, who raced F2-14-64 in the late 1960s.

Joe Maria of White Plains, New York acquired the BT10 where it joined a BT11 and two BT29s in his collection for several years. Maria had F2-14-64 restored by ex – Bob Akin engineers John Leslie and J R Mitchell, and later sold the car to Mark Leonard of Grand Prix Classics in California.

In 2000, F2-14-64 was bought by the current owner and shipped back to England. In 2002, the current owner tasked Simon Hadfield Motorsport with restoring F2-14-64. The car was stripped and the chassis restored with repairs where necessary, along with the addition of a suitable roll hoop.

As the rebuild came together, the bodywork was painted in  the works Brabham scheme of dark green with a central gold stripe, carrying around the nose aperture. The rebuild was completed in November 2004.

Geoff Richardson Engineering, the renowned Cosworth engine builders, rebuilt the Cosworth SCA engine in 2009 with the components being cracktested, and a dyno run being undertaken on the completion of the rebuild. Since 2009, the preparation, care and improvements to F2-14-64 have been done by Retro Track & Air, with the current owner campaigning F2-14-64 in the HSCC’s Classic Racing Car championship.

In late 2014, the Cosworth SCA engine went back to Geoff Richardson Engineering for rebuild, with the engine being refitted in time for further Classic Racing Cars outings in 2015.

More recently, the current owner has favoured occasional testing use, with a few outings as an invitation in the HSCC Historic Formula 3 series mixed in. These select runs mean than F2-14-64 has accumulated limited mileage in recent years, and has continued to be maintained by Retro Track & Air.

Accompanied by 2011 FIA HTPs, a spare set of wheels and small running spare package, F2-14-64 stands out as being a fantastic choice to join the growing 1,000cc Formula 2 movement which has seen contemporary cars compete in the Glover Trophy at the Goodwood Revival alongside pre-1966 Formula 1 cars. Regular outings can also be had with the Historic Grand Prix Car Association, whose series tours some of the greatest circuits that Europe has to offer.