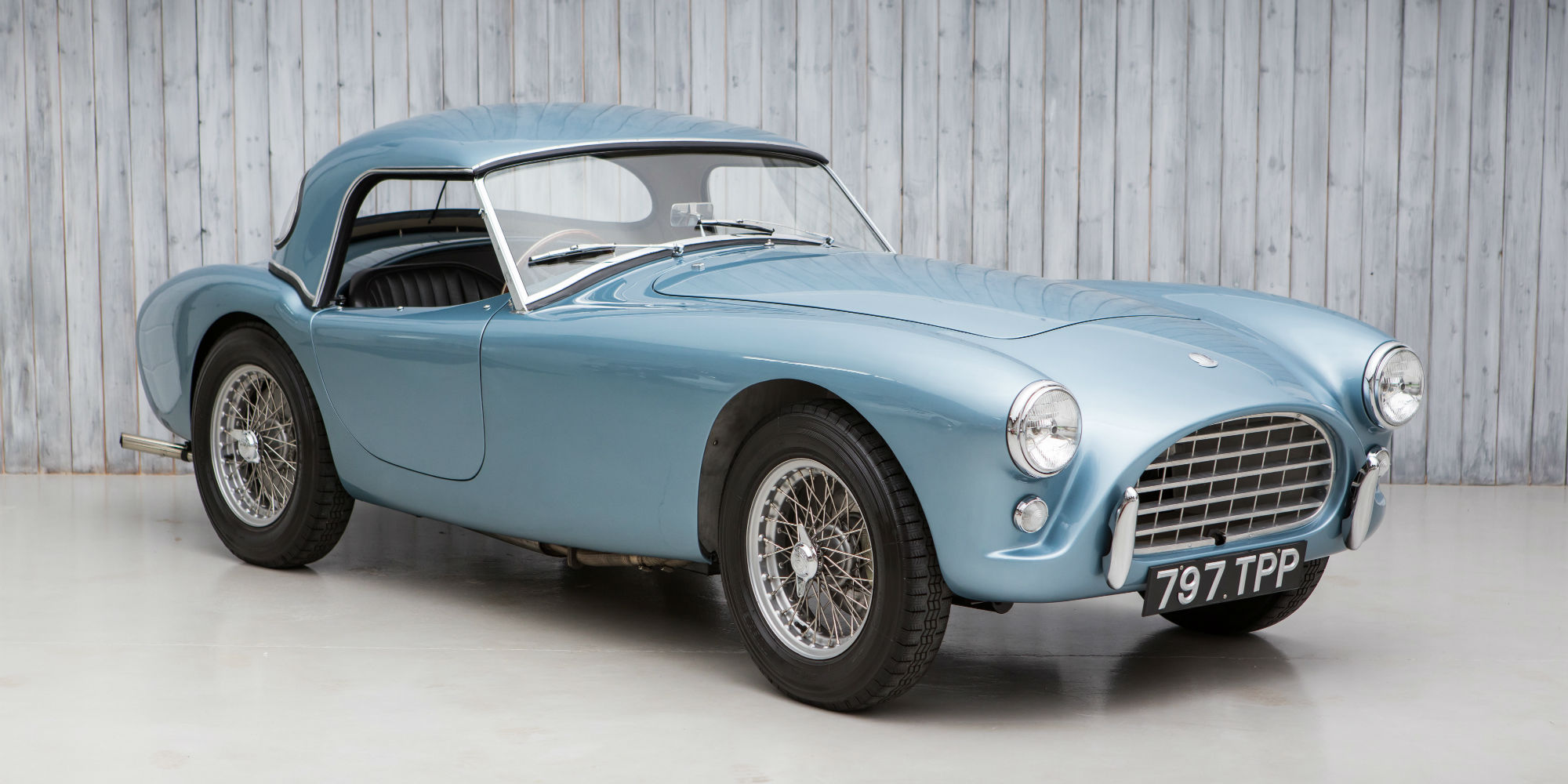 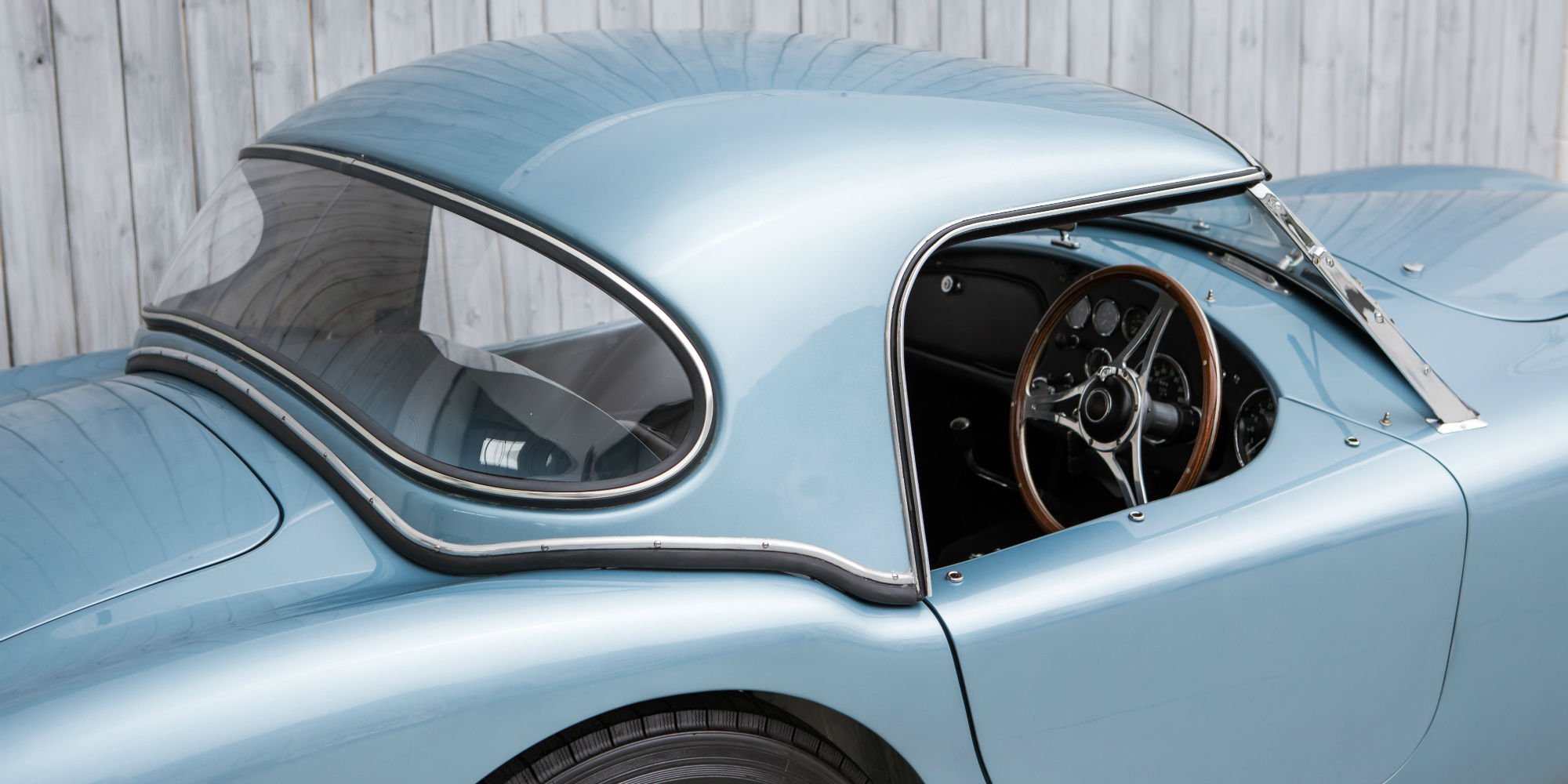 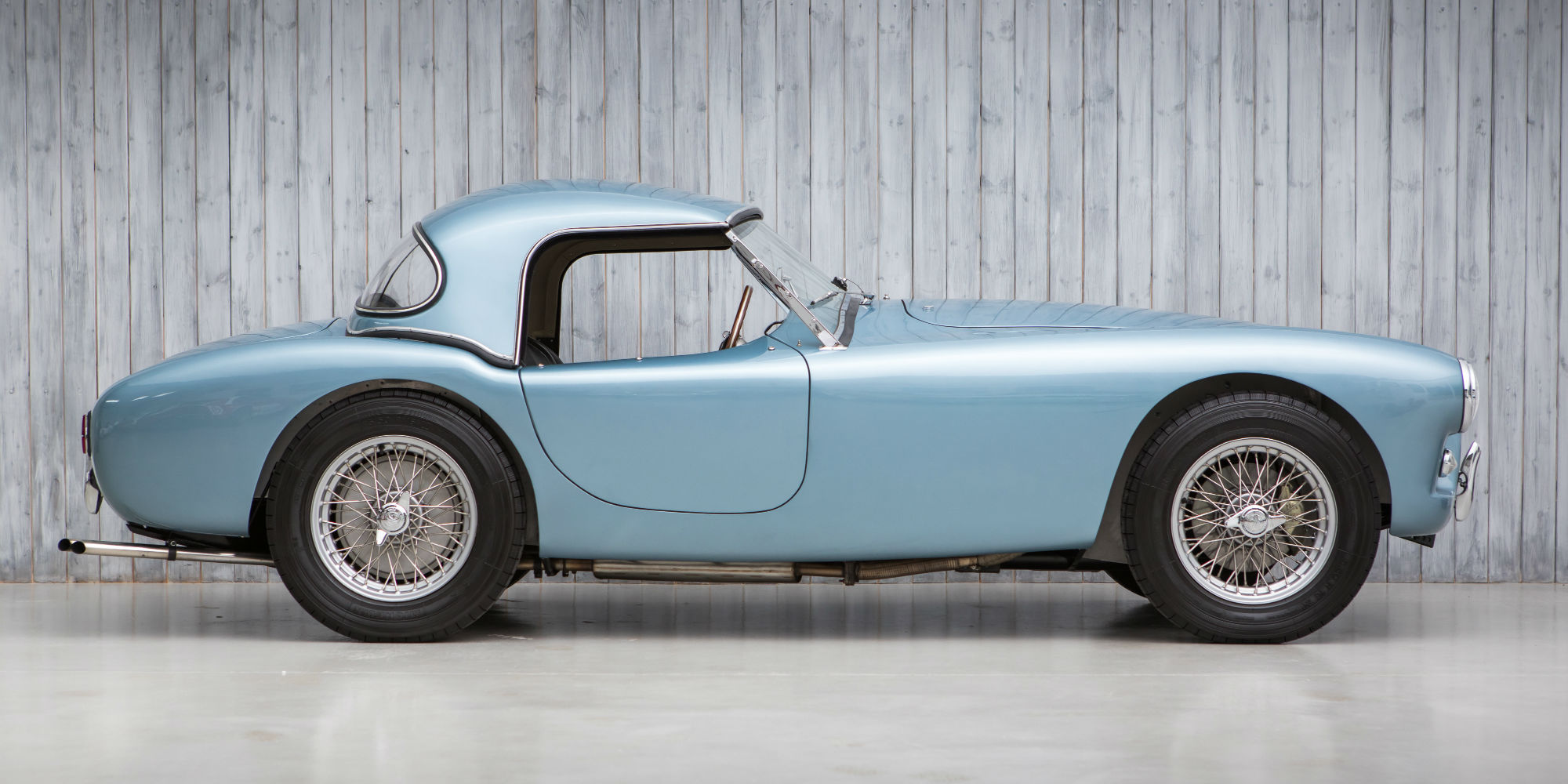 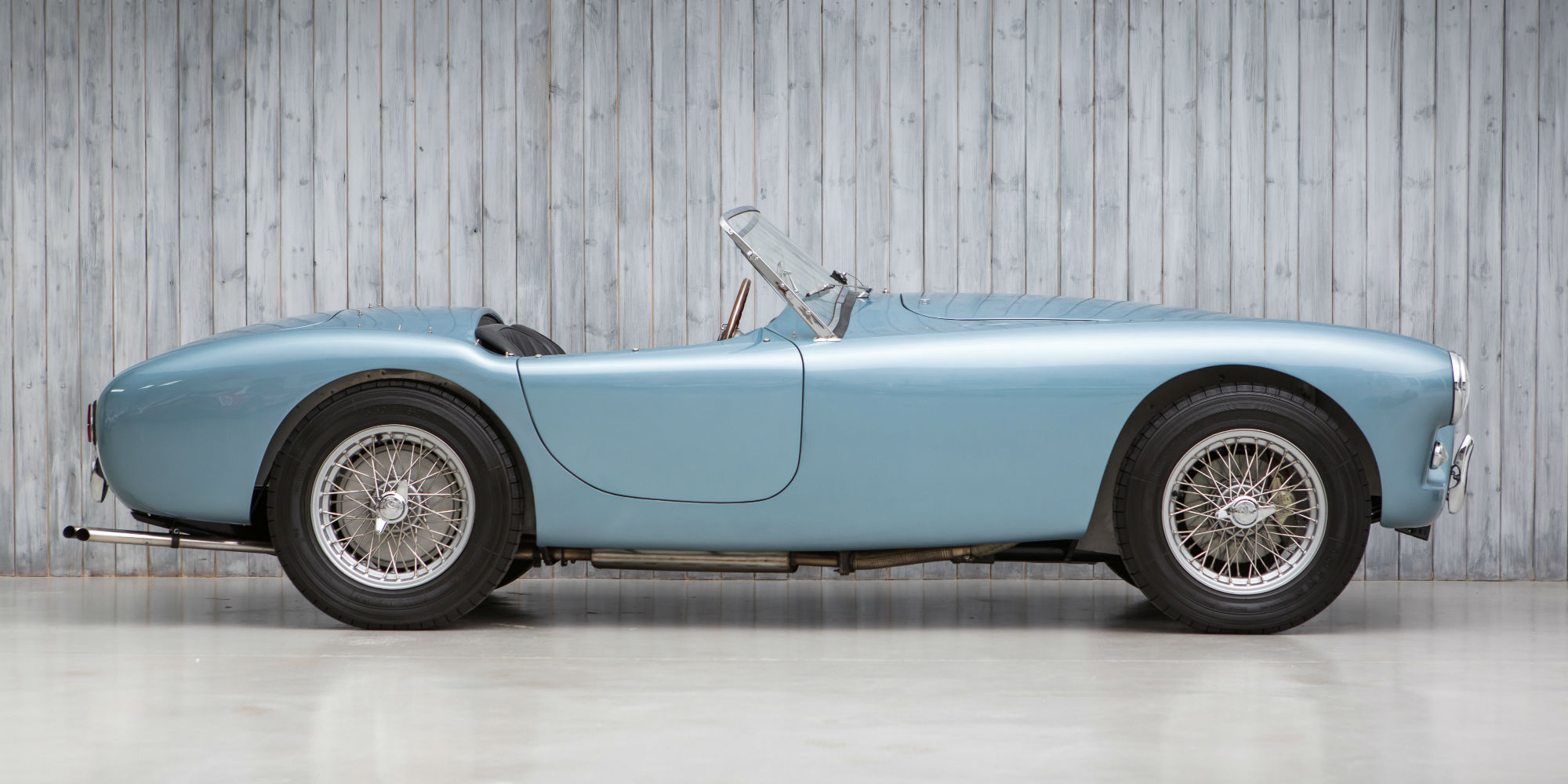 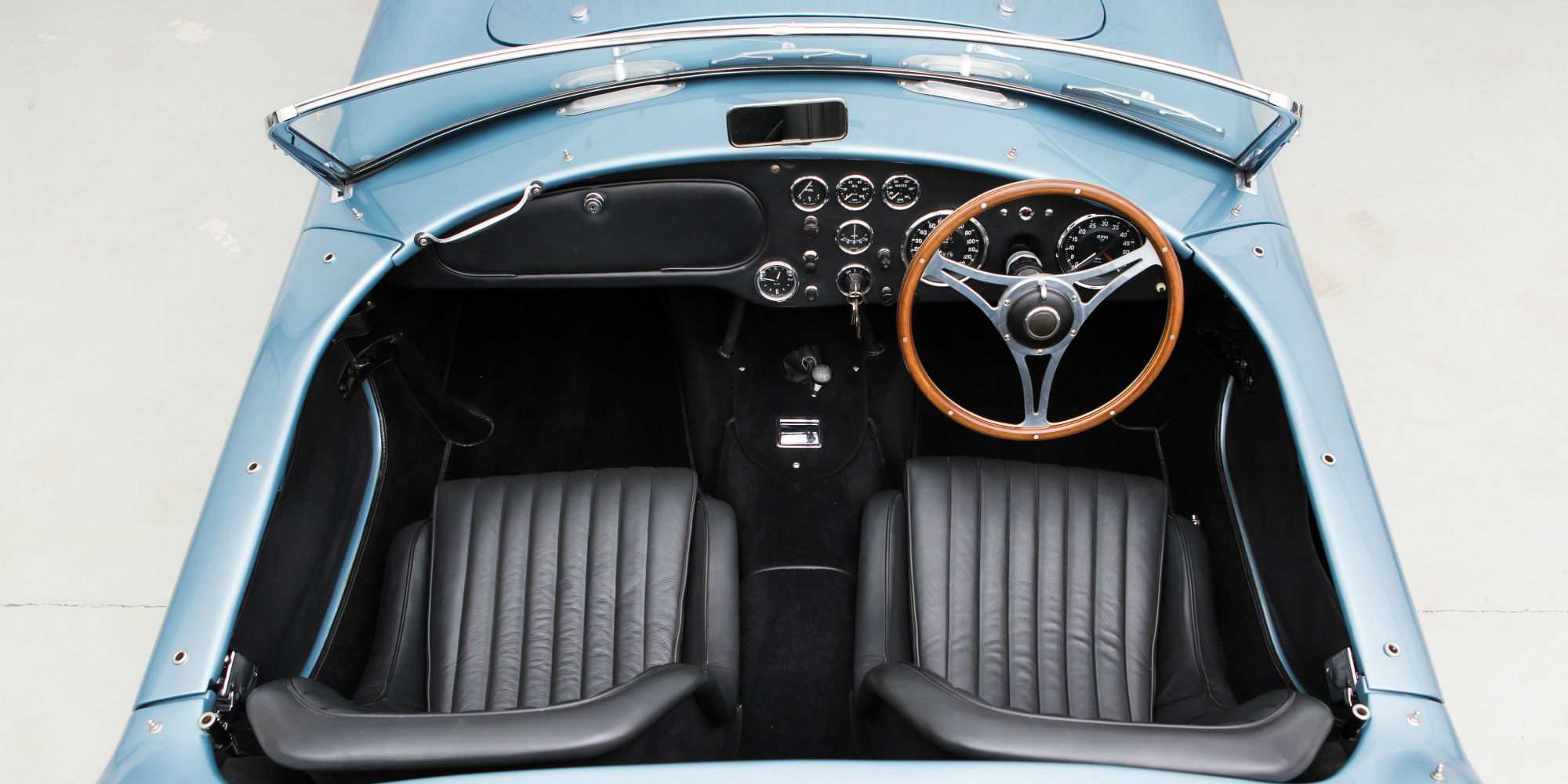 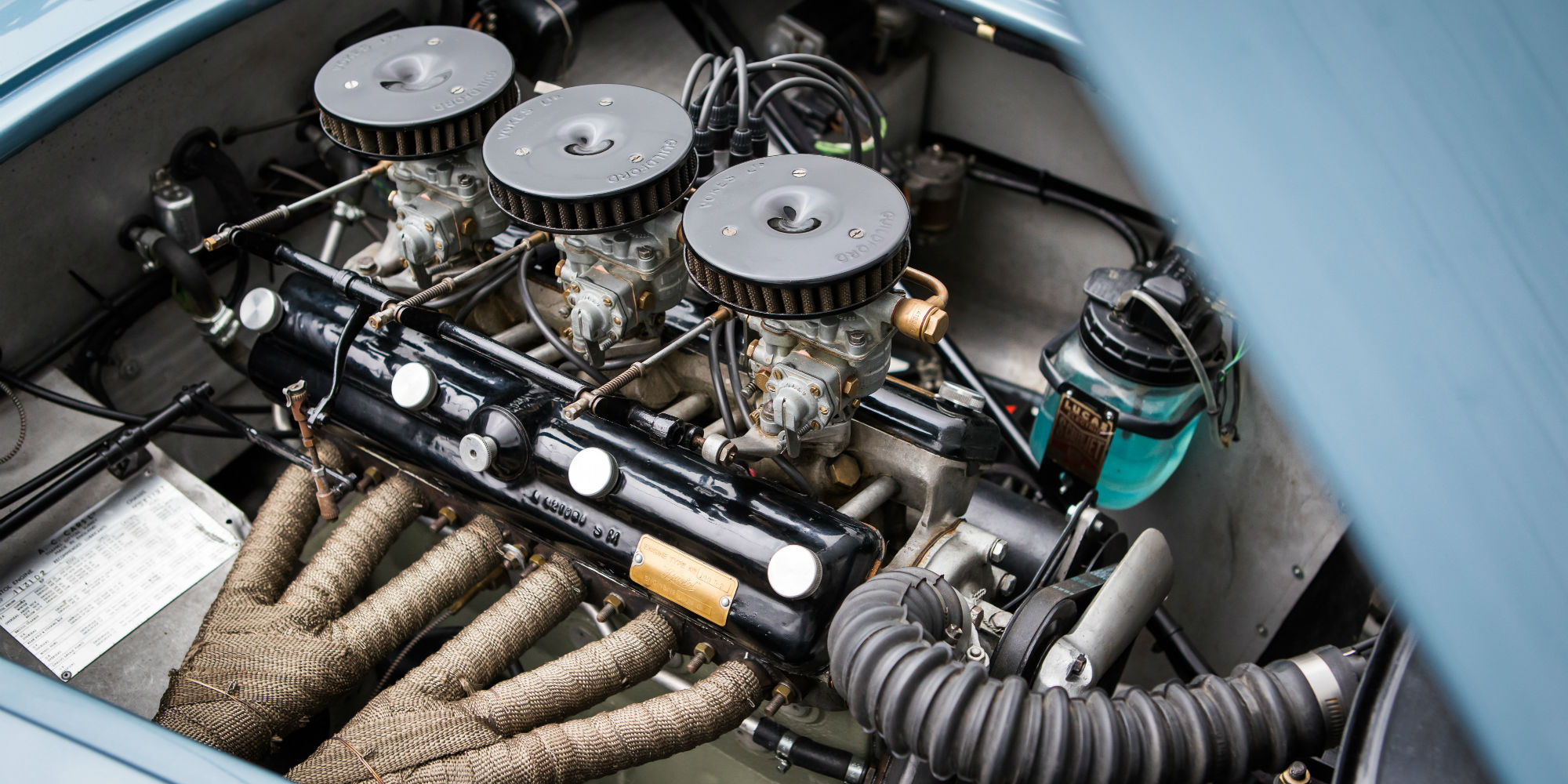 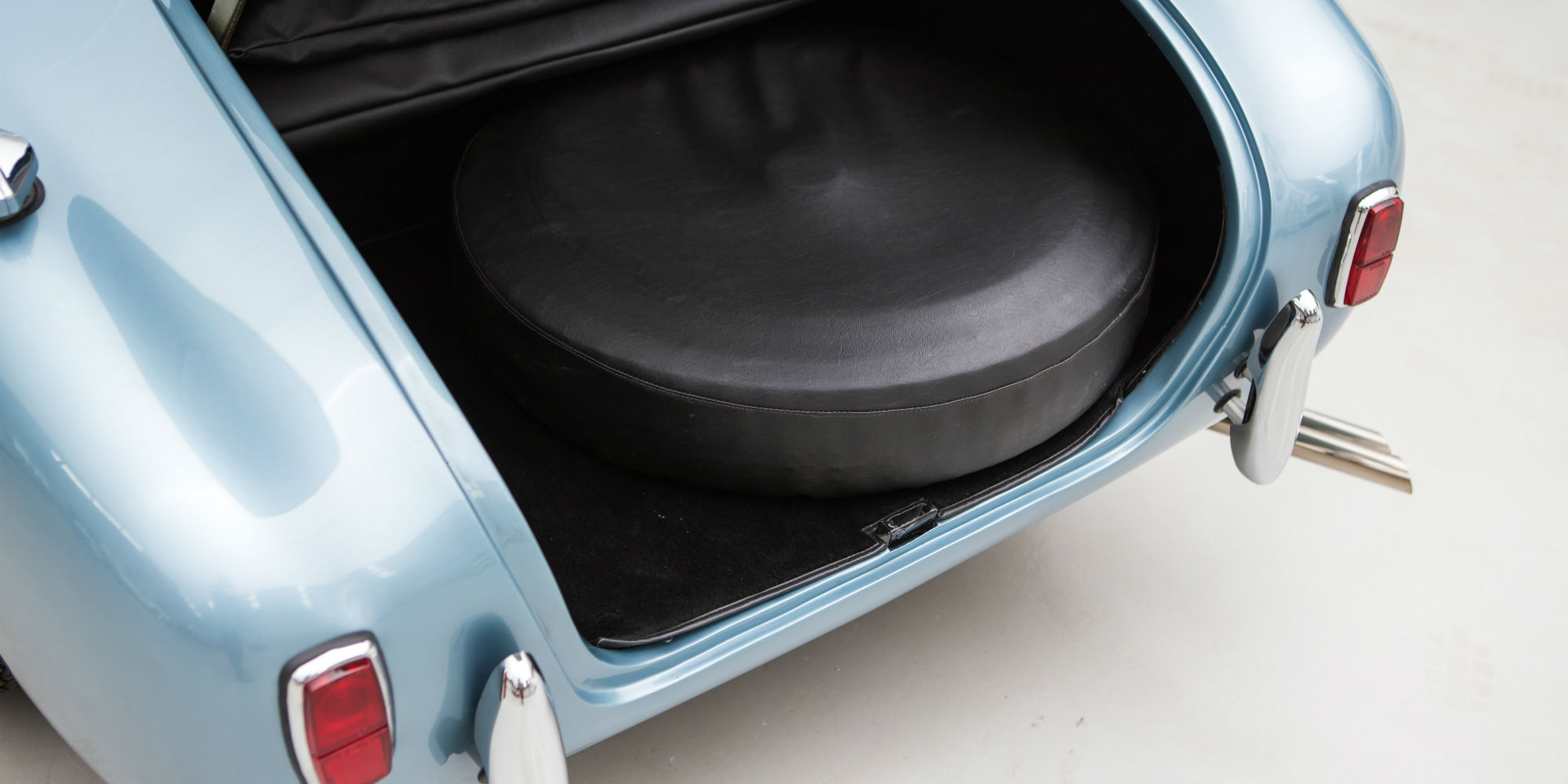 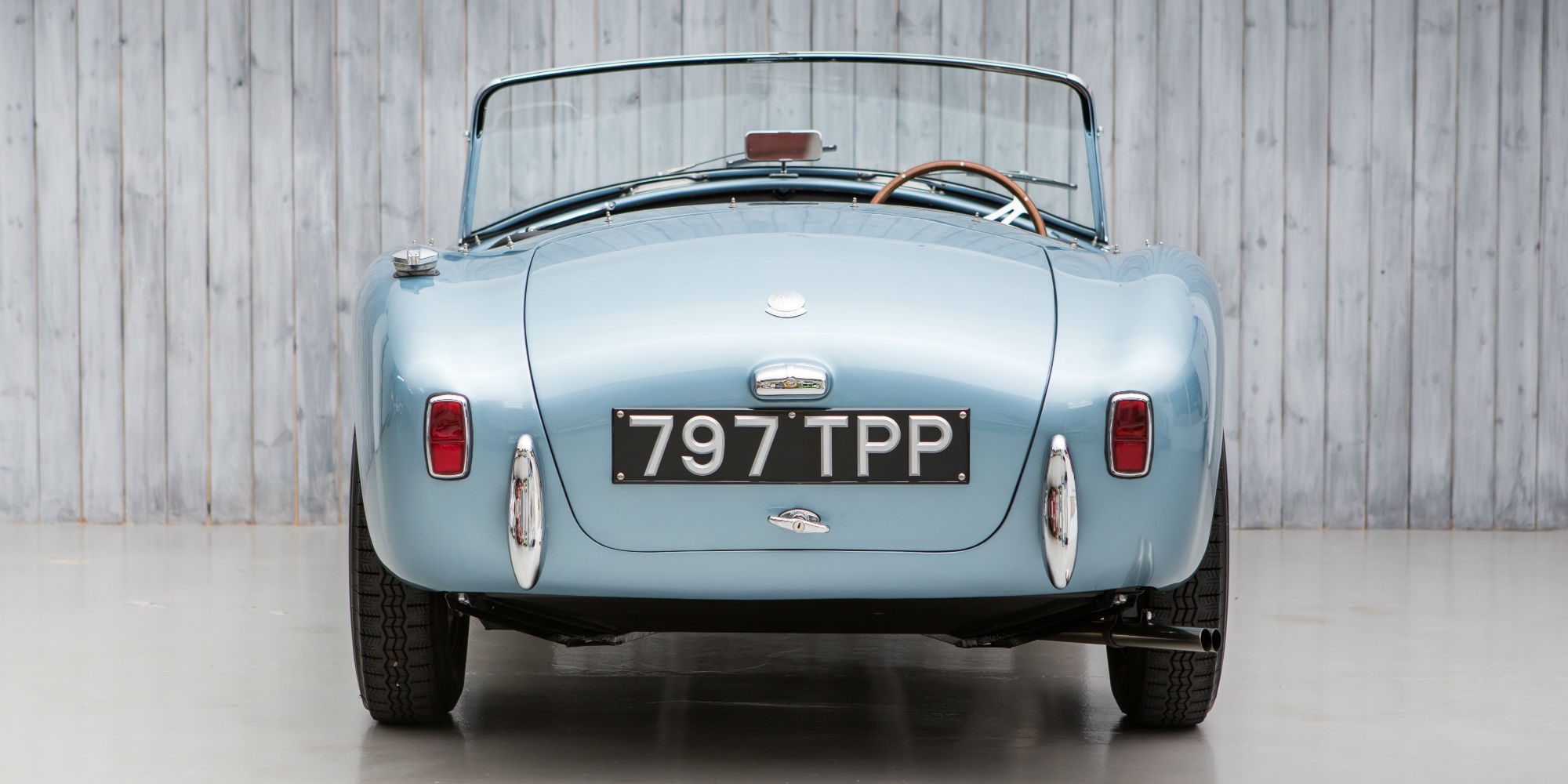 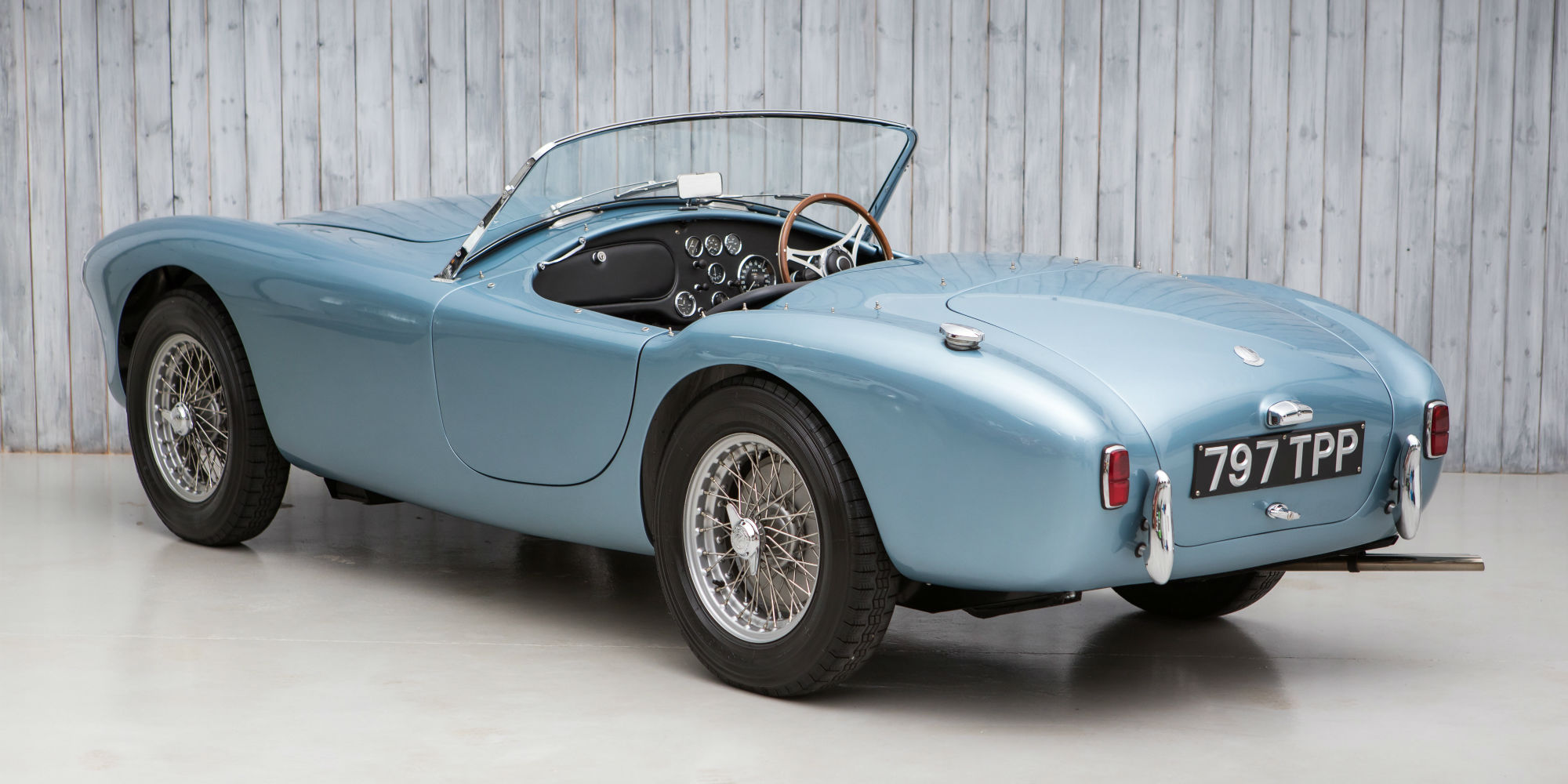 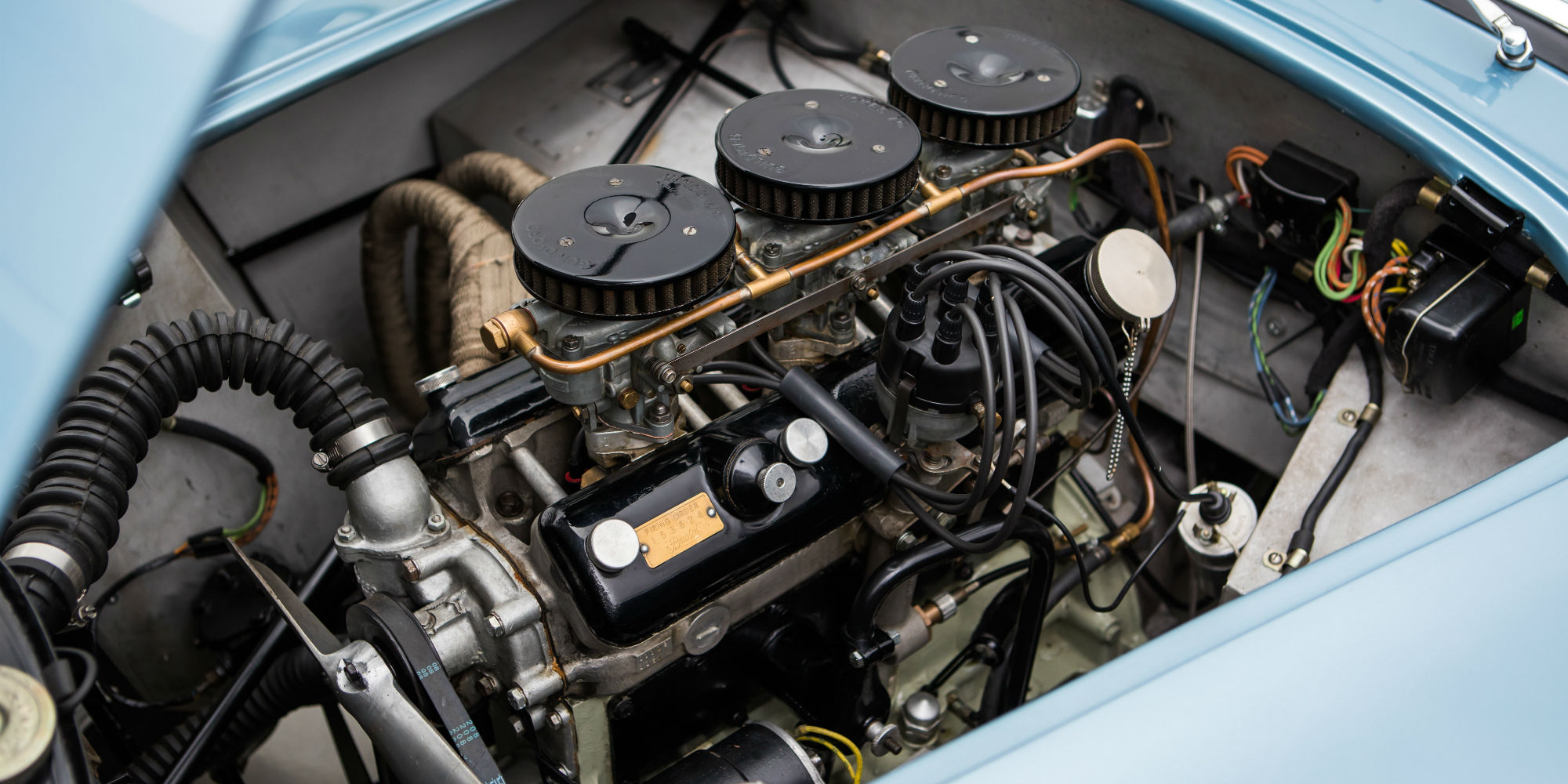 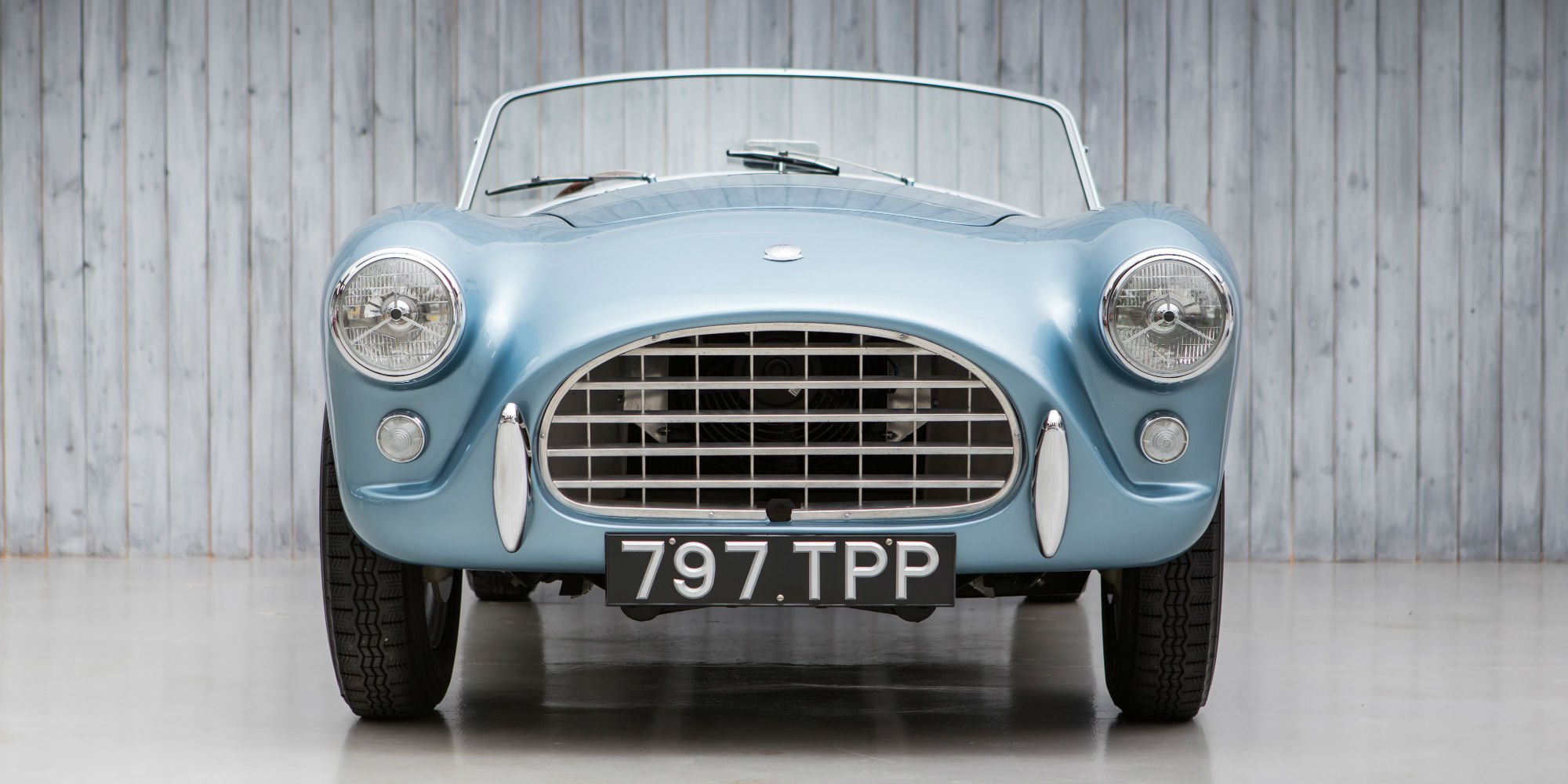 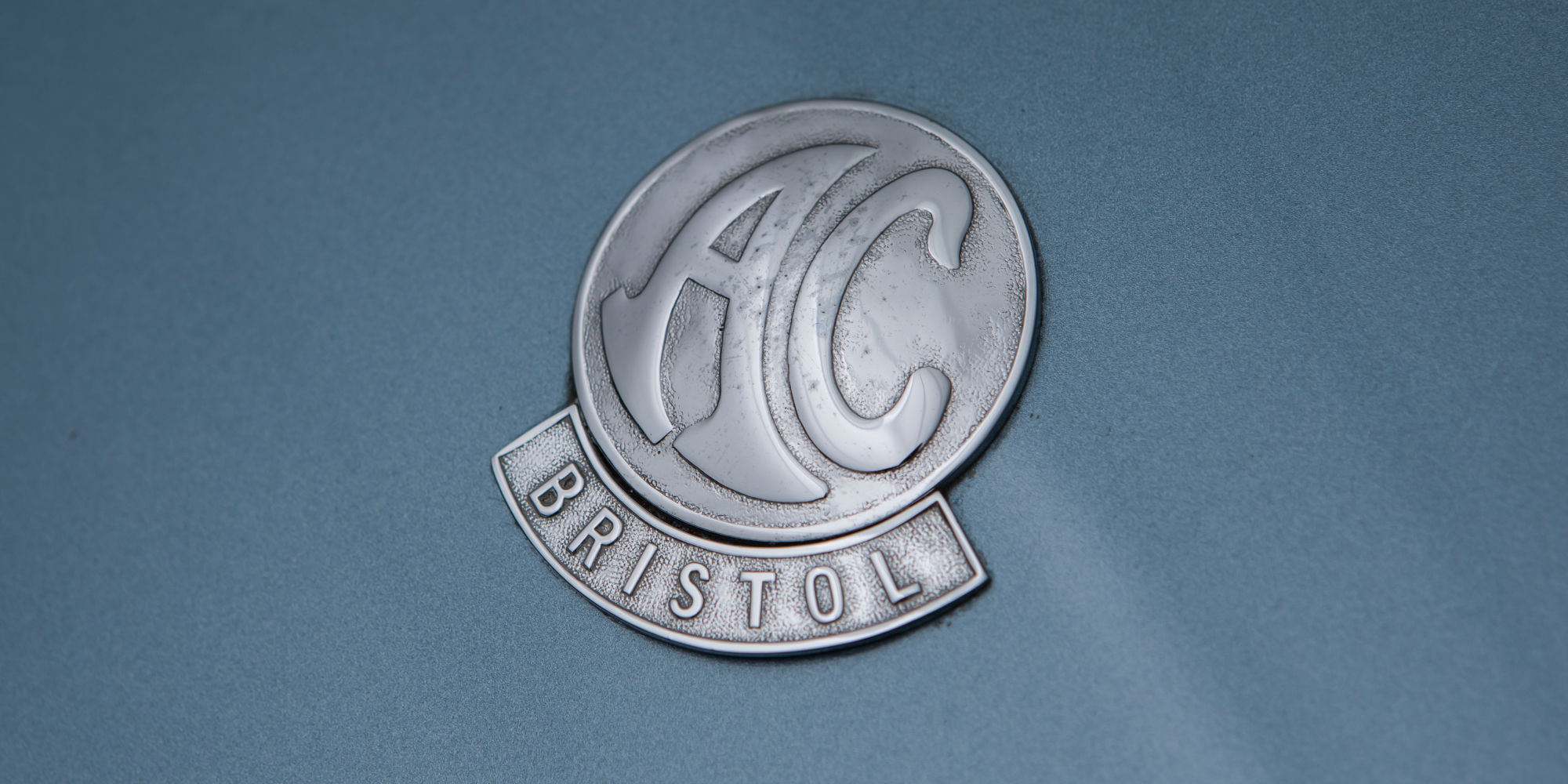 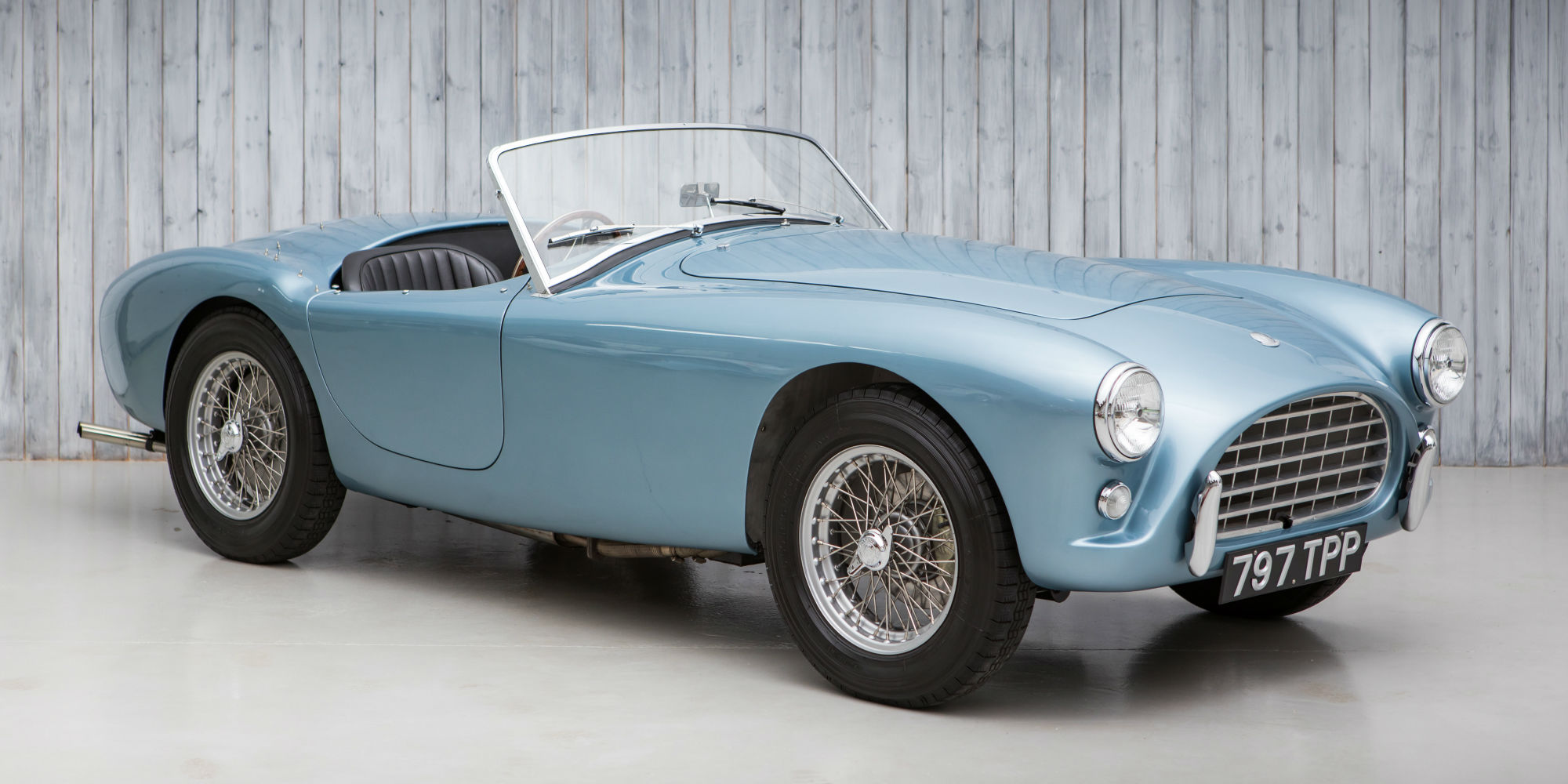 AC cars is a name synonymous with some of the most iconic cars of the late 1950s and early 1960s, with the AC Ace, the Aceca and of course the AC Cobra. As Britain’s oldest motor manufacturer, dating back to 1901, the AC name carries much prestige, international recognition and ranks alongside other major worldwide historic marques.

AC Cars of Thames Ditton came back to the market after the Second World War with the 2-litre range of cars in 1947. Somewhat sedate in nature, it was not until the introduction of the ground breaking Ace sports car in 1953 that the company really made its reputation and cemented its self in post-War Sportscar history.

The beautifully proportioned Ace was launched in 1953 at the London Motor Show. Riding on a light ladder type tubular frame designed by John Tojeiro and featuring independent transverse leaf spring suspension. The stunningly proportioned open two seater alloy body was possibly inspired by and reminiscent of the Ferrari 166 MM Barchetta of the day. The early examples were fitted with AC’s own Welleter-designed 2-litre overhead cam straight-six engine engine mounted in the front. According to a 1954 road test by Motor magazine, it gave a top speed of 103 mph  and 0–60 mph  in 11.4 seconds and a fuel consumption of 25.2 miles per imperial gallon.

Joining the Ace in 1954 was the Aceca hard top coupé, which had an early form of hatchback rear door but used the same basic timber framed alloy body.

As nice as the AC engined cars were to drive, it was felt that something more modern and powerful was required to put the modern chassis to good use. As such, from 1956, they added the option of Bristol Cars’ 2-litre engine. A fabulous engine, straight-six cylinder with twin overhead cam shafts, breathing through 3 downdraught carburettors and driving through a slick four-speed gearbox. Now producing 120 bhp the top speed leapt to 116 mph with 0–60 mph in the 9 second bracket. Overdrive was available from 1956 and front disc brakes were an option from 1957, although they were later standardised.

As with all great sports cars of this golden era, the Ace also excelled in the motorsports arena. With its engine set well back in the chassis it handled well and was able to perform well in competitions. The AC Ace was placed 7th overall at Le Mans in 1957 and 8th in 1958. In its heyday the AC Ace was good competition for the Jaguar XK120 and 140, the Austin-Healey 100M and the Porsche 356 Roadster.

This stunning example is only in its forth ownership since new. Chassis number BE 1197 and engine number 100D2 1131, it was delivered new to Cullums Motors Eaton on the 27th of June 1961, pained in Bright Blue with beige interior. The first owner was a Mr. Wright of Buckinghamshire and it appears that he kept the car for some 22 years before it passed to the second owner, a Mr. Gerald Edwin Vickers of Heathfield, in November 1983.

An original registration document in the history file lists the third owner Mr. David Henry Still of Bosham near Chichester, taking position of the car just under a year later on the 3rd of September 1984. BE 1197 was offered for sale in 2012, still painted Bright Blue, accompanied by weather equipment and retaining its original engine which it does to this day and was subsequently purchased by the current owner on the 4th of April 2012.

The current owner a keen collector of both pre and post-War sportscars then entrusted AC specialists The Brooklands Motor Co. with a complete nut and bolt restoration of the car. There is an extensive photographic record of the restoration in the history file along with invoices to the sum of just over £94,000.

The car was stripped from back to bare metal body and chassis and was painted in the attractive livery of Princess Blue. The car was then meticulously reassembled and refurbished. The back axle and gearbox were rebuilt and the car was completely re-wired. The engine was treated to an extensive service, but it was decided that it was not necessary to be rebuilt having been rebuilt for the last owner by Stanton Motorsport back in November 2002. Finally the car was re-trimmed in black hide with matching black carpet and the car stands as you see it today, fresh from restoration and accompanied by its original factory hard-top.

There is no better way to describe driving a Bristol engined Ace than an absolute delight. The 2-litre engine sings, the gearbox is smooth, the handling is light and agile and it is a wonderfully evocative place to sit. This fine example is certainly no exception to that.

There are few cars of this era more versatile to long open road mile, tours, rallies and racing alike. Beautifully presented throughout, matching numbers and carrying the rare factory hard top, this is an ideal opportunity to acquire a stunning right hand drive Ace and get out there and enjoy everything they have to offer for yourself.