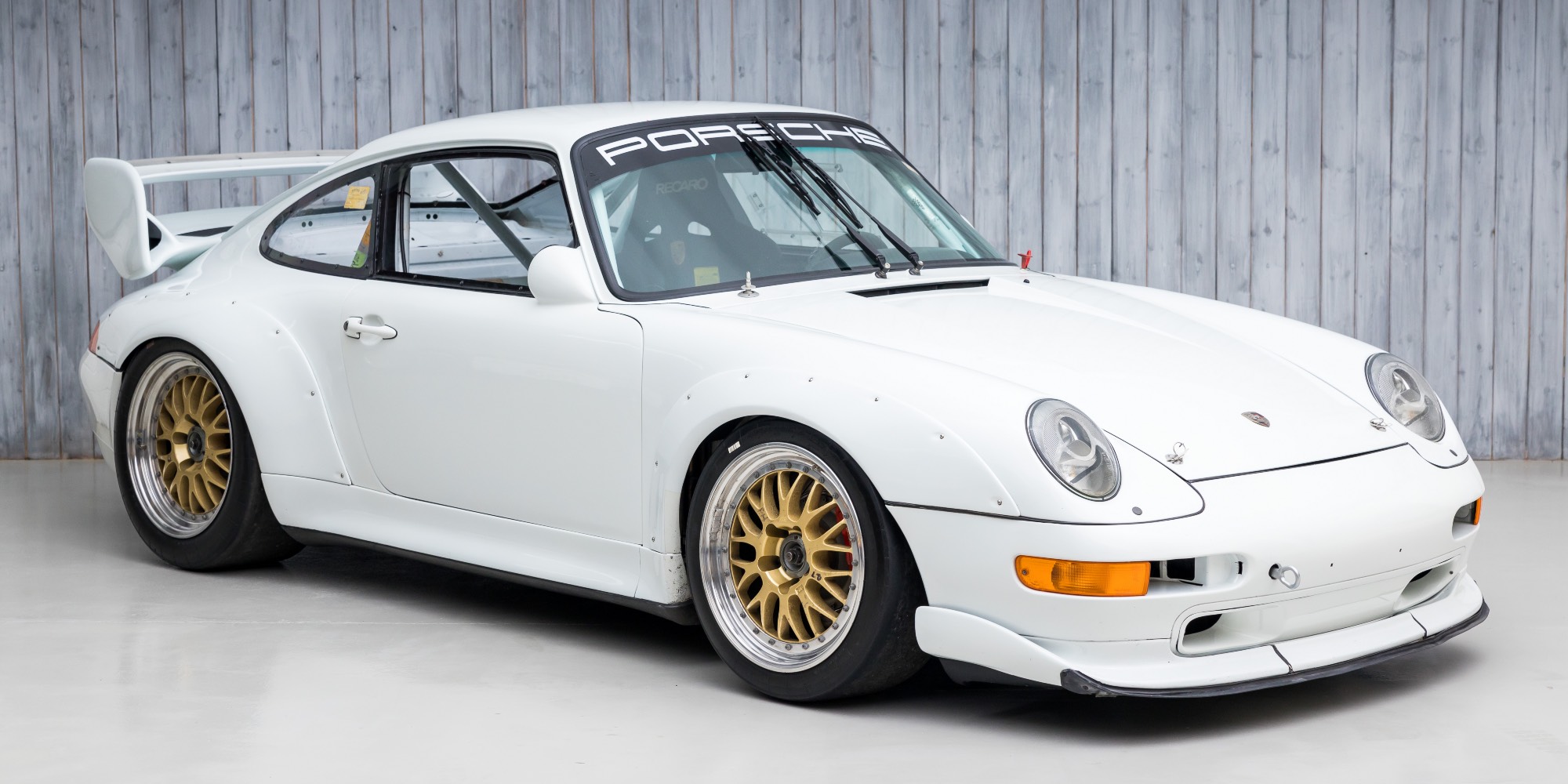 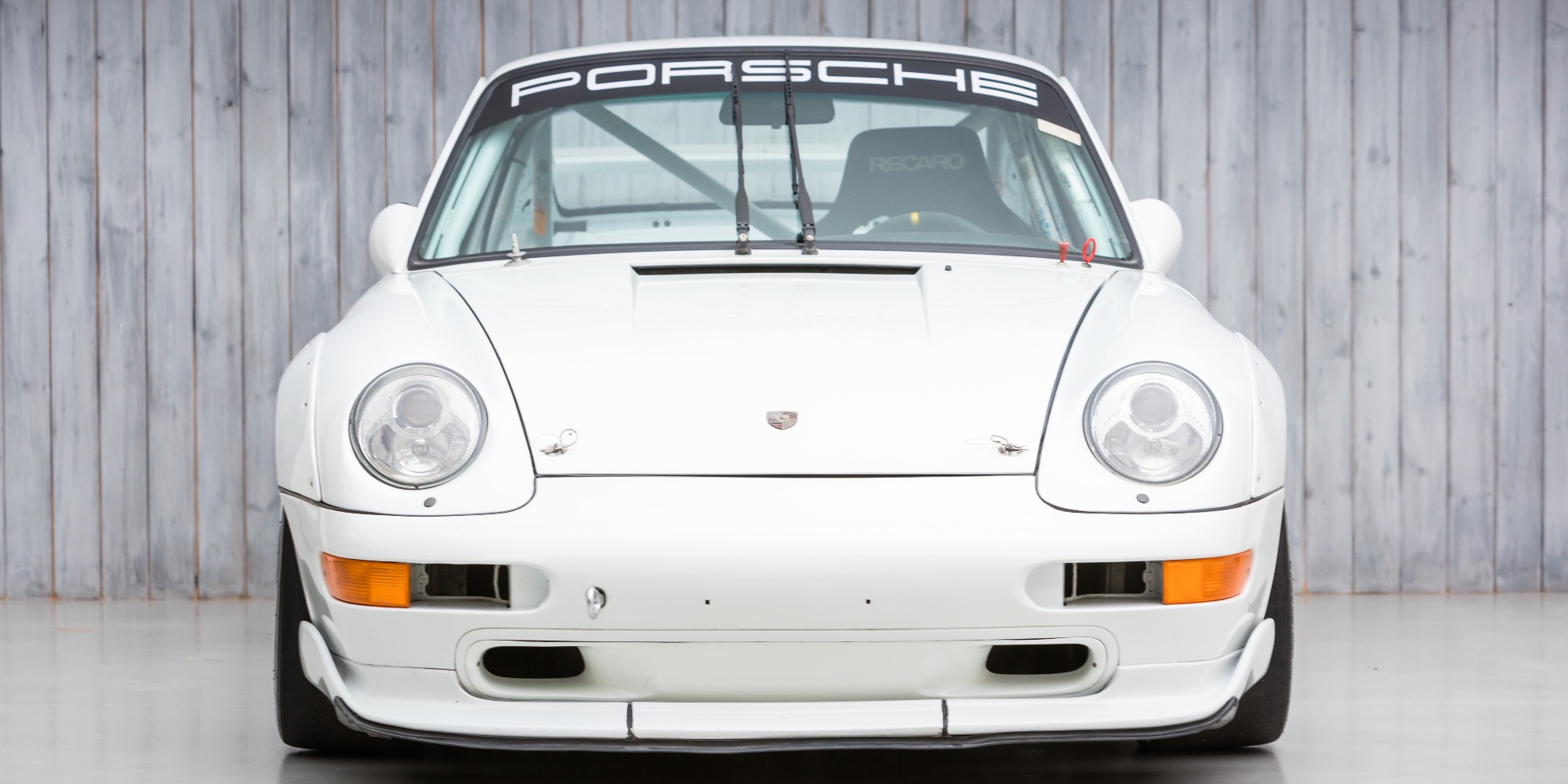 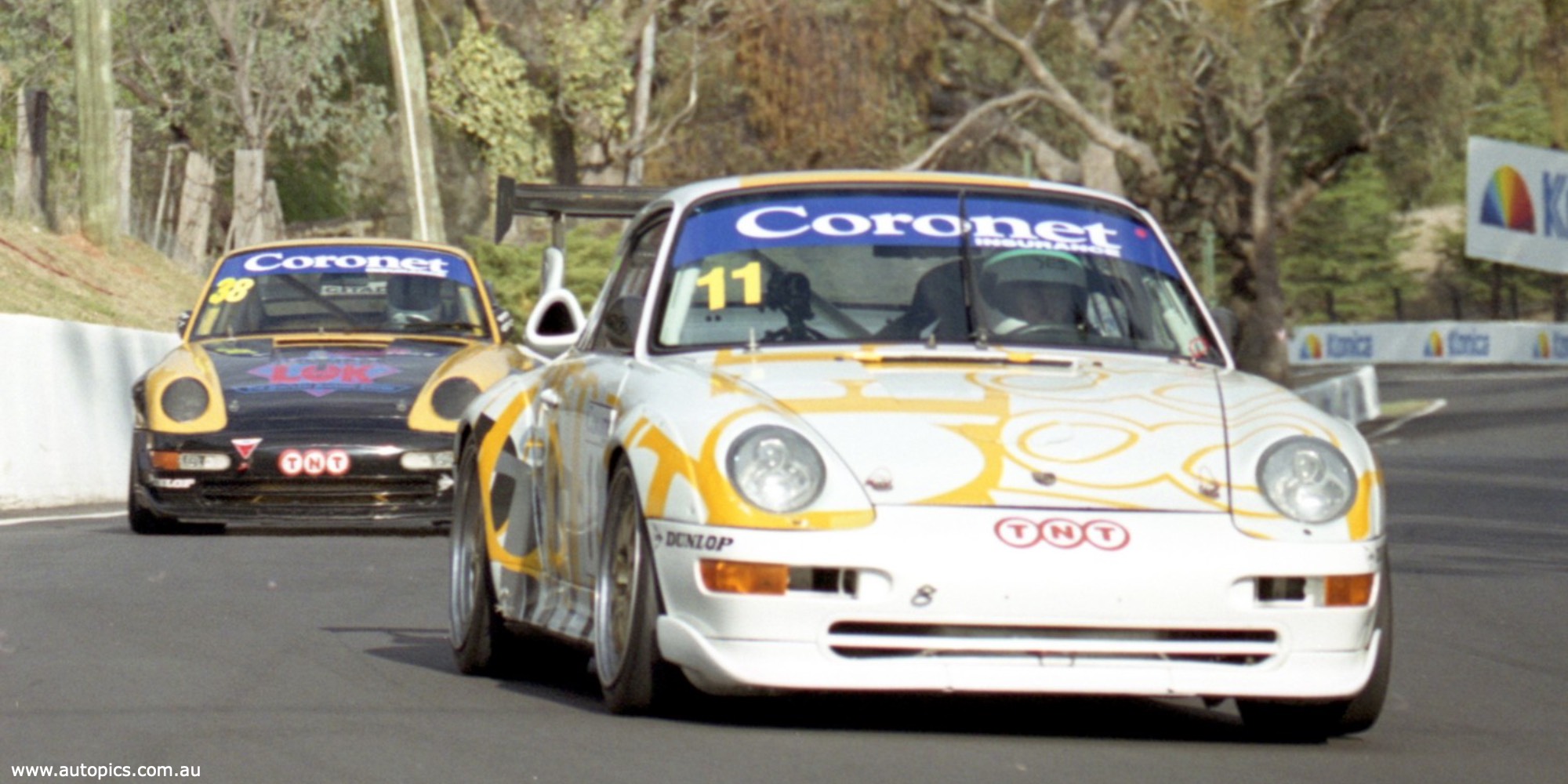 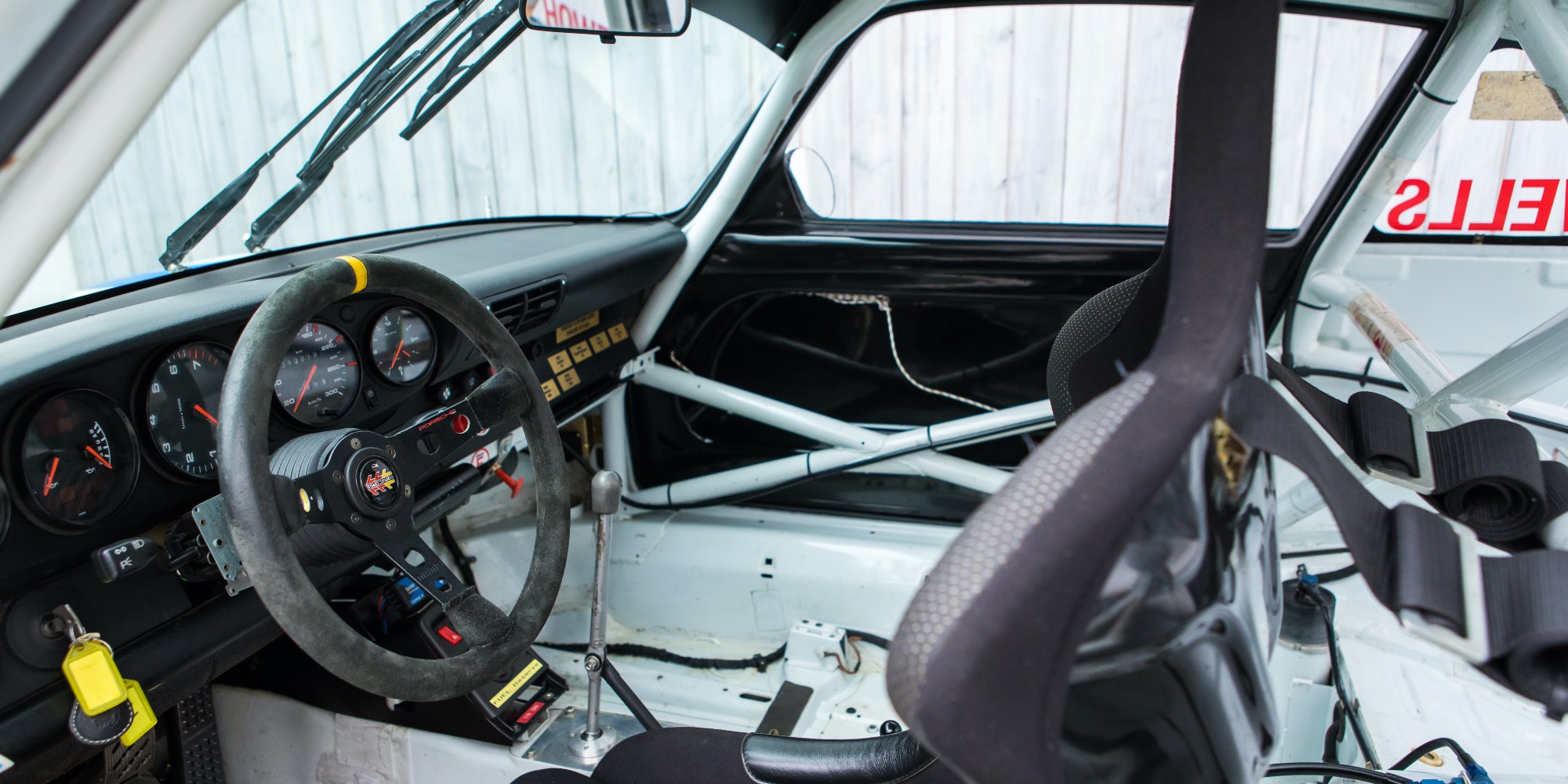 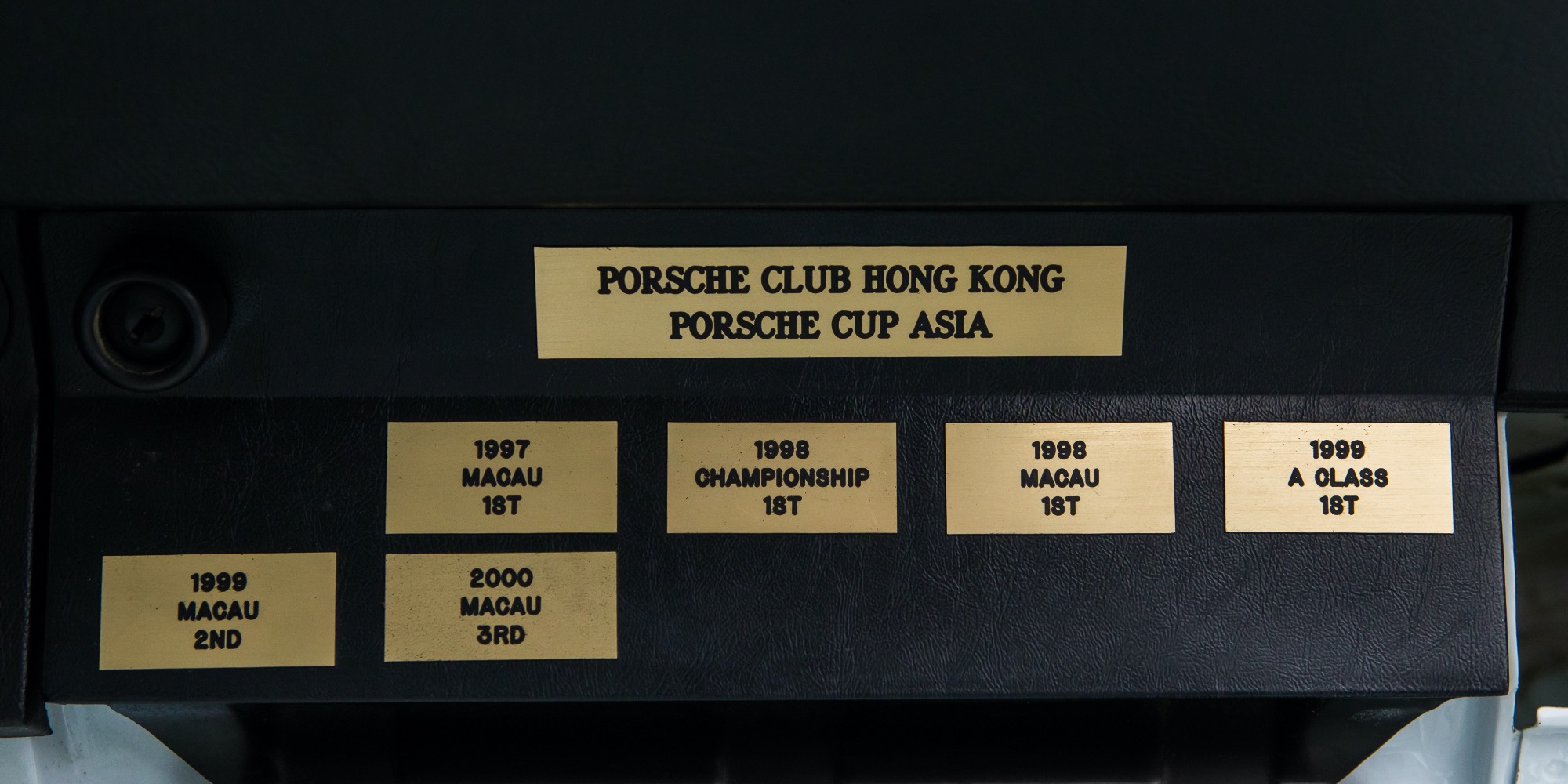 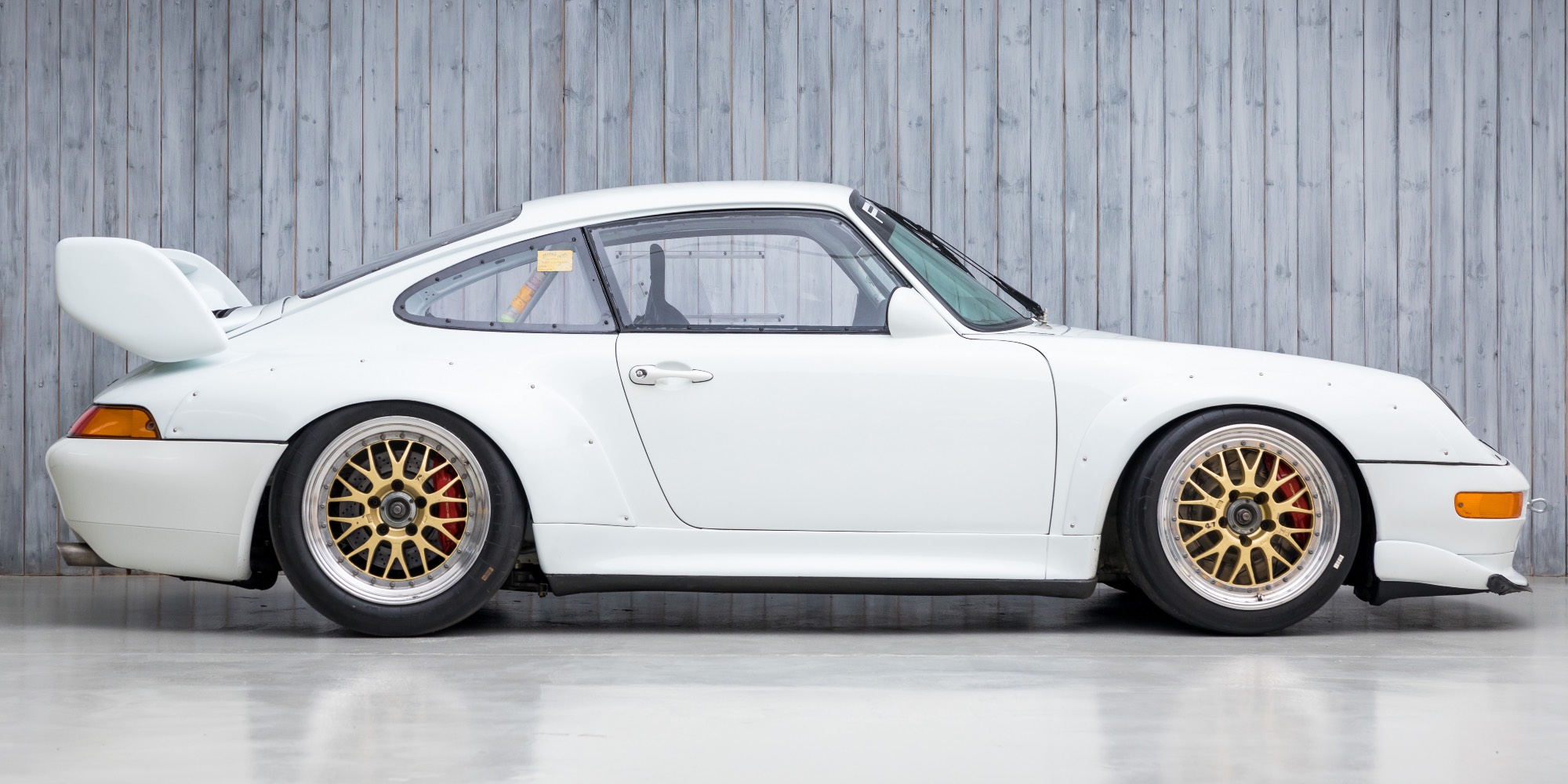 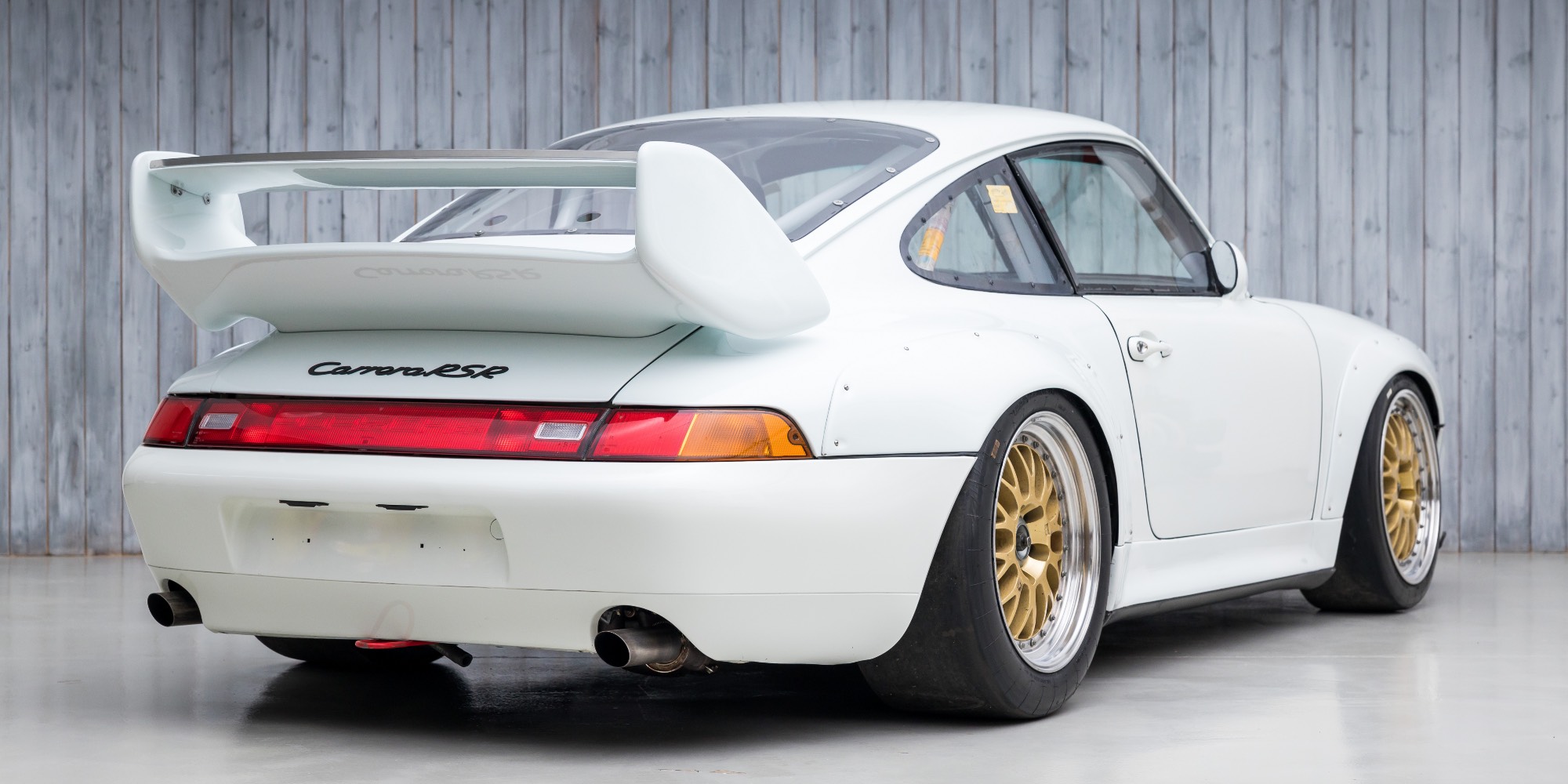 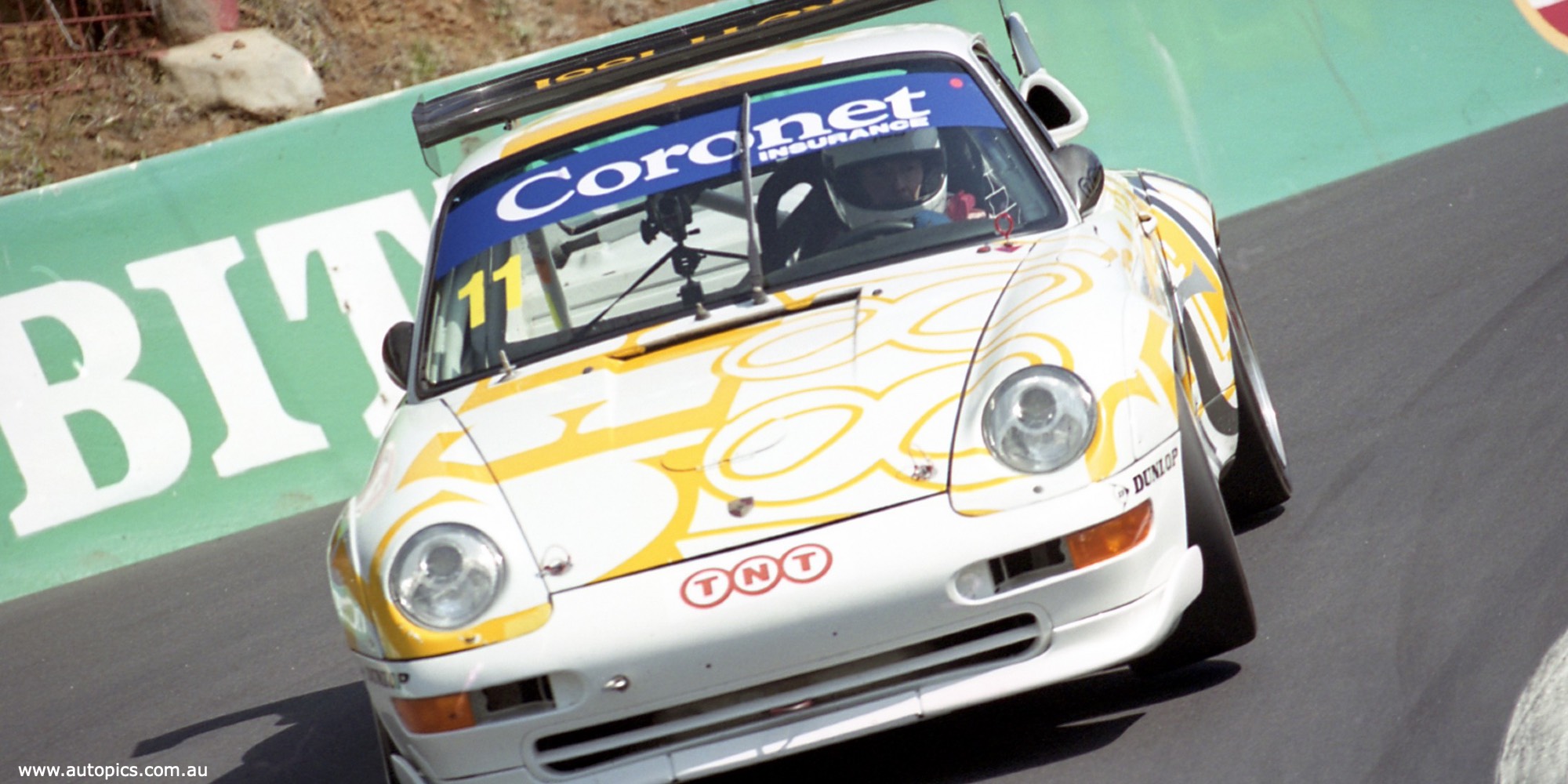 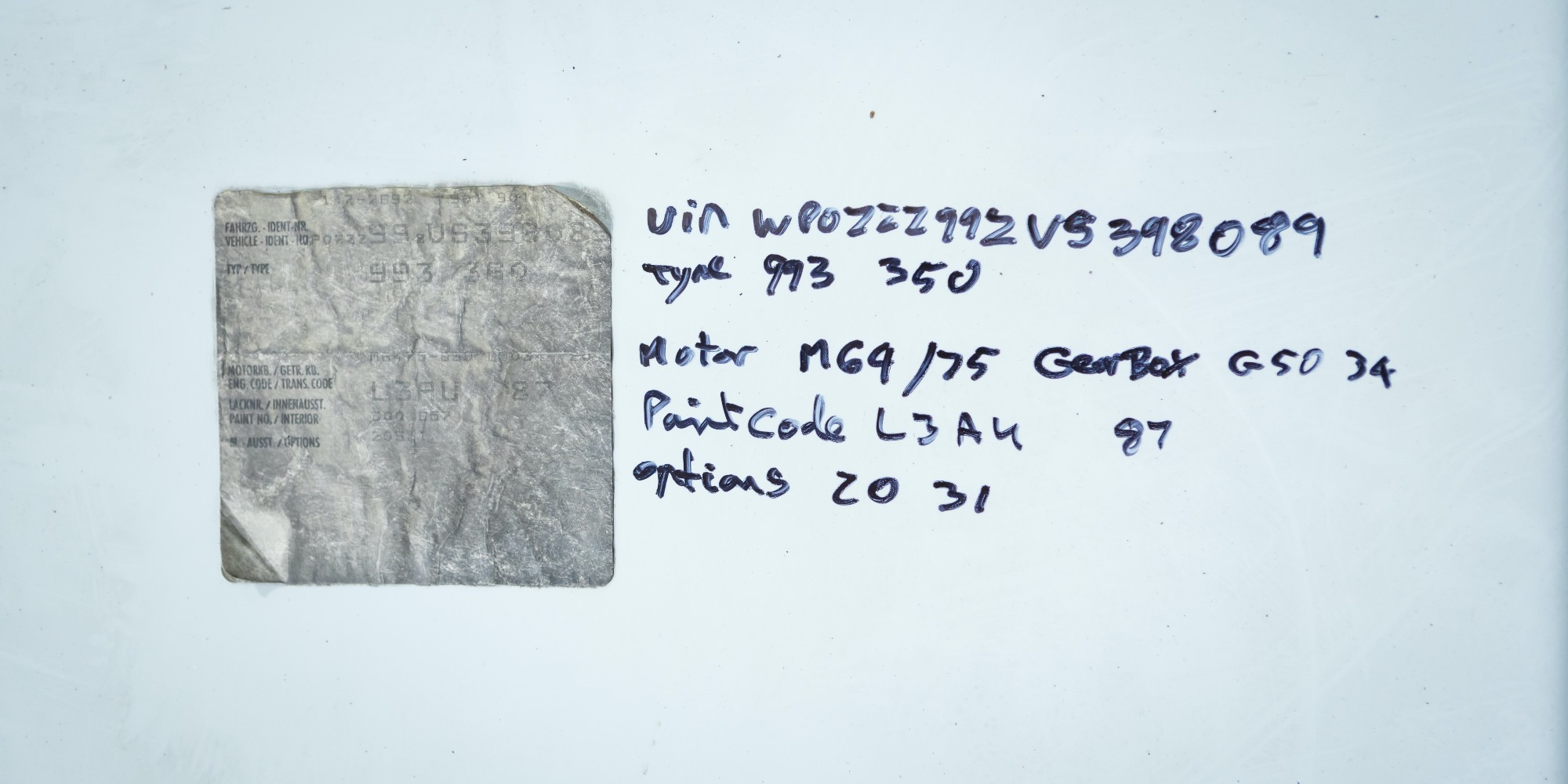 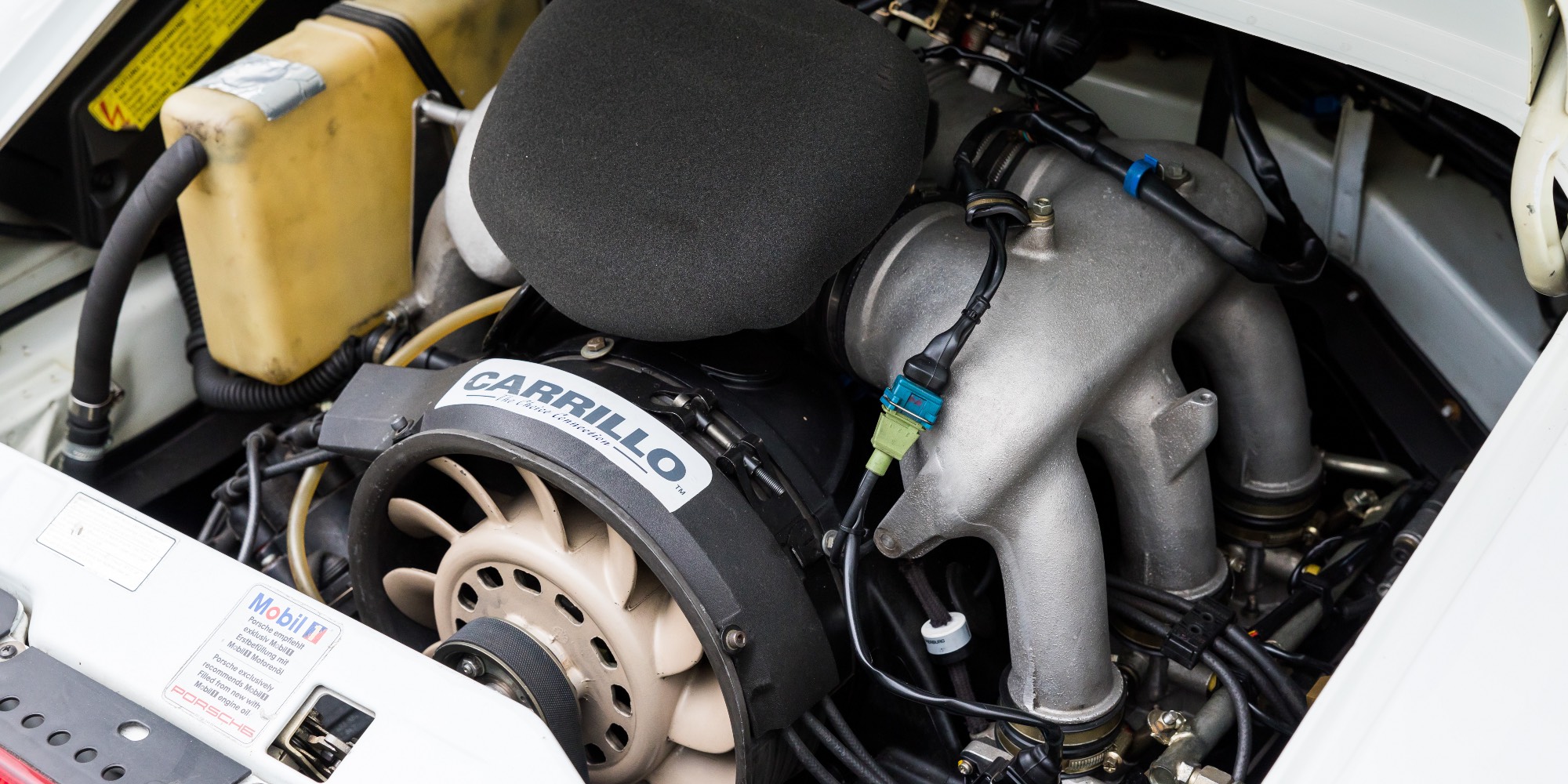 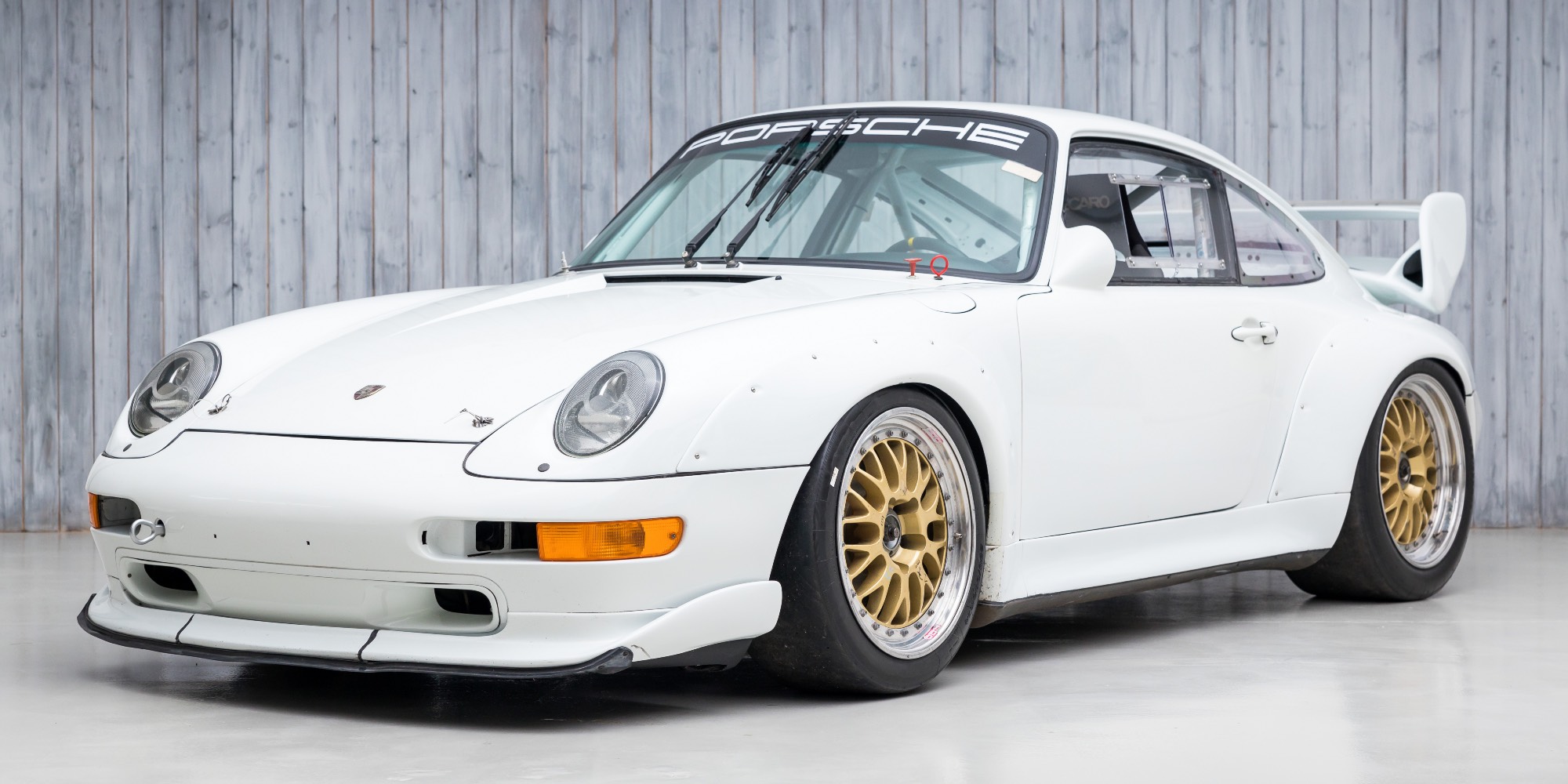 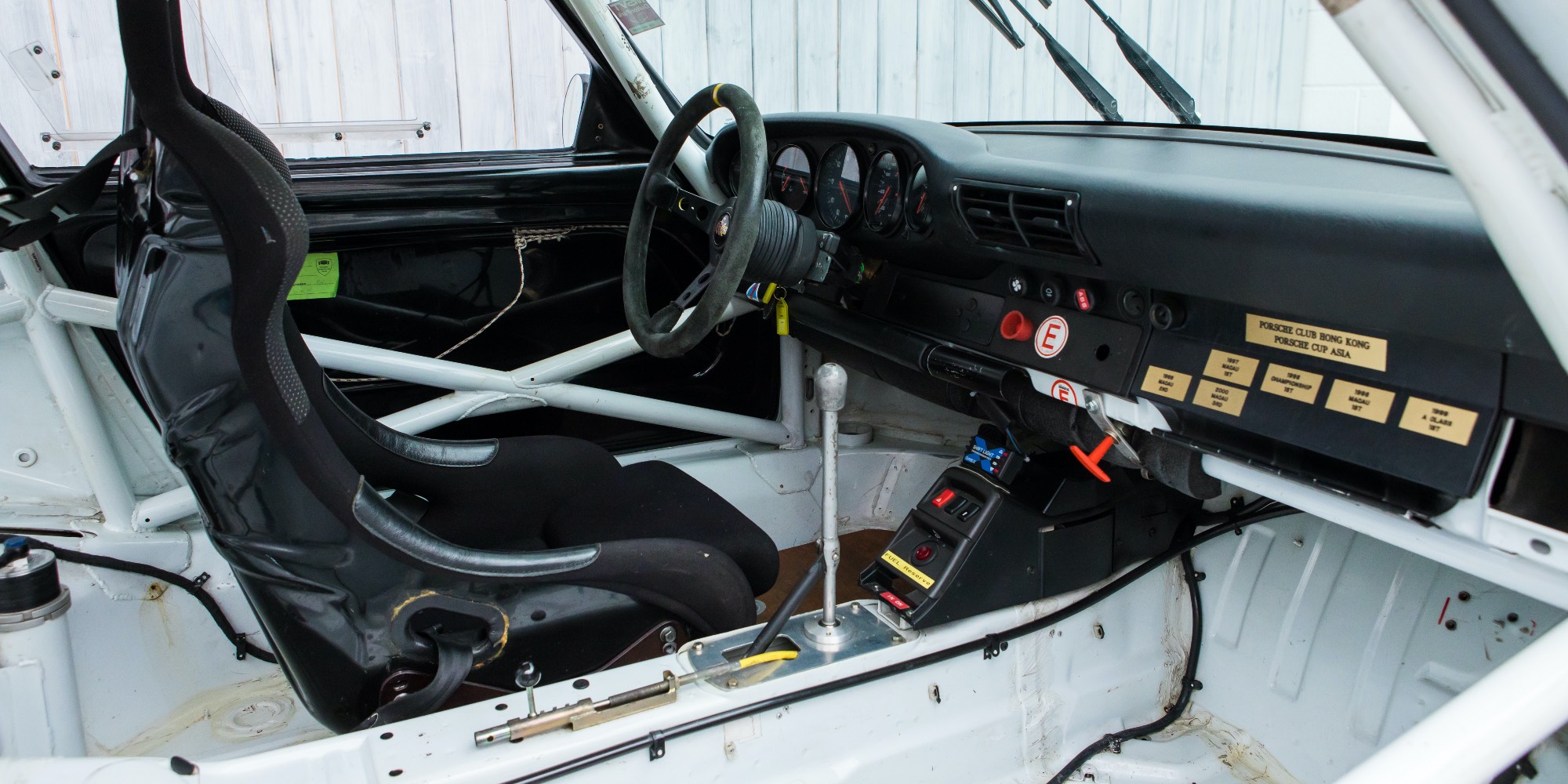 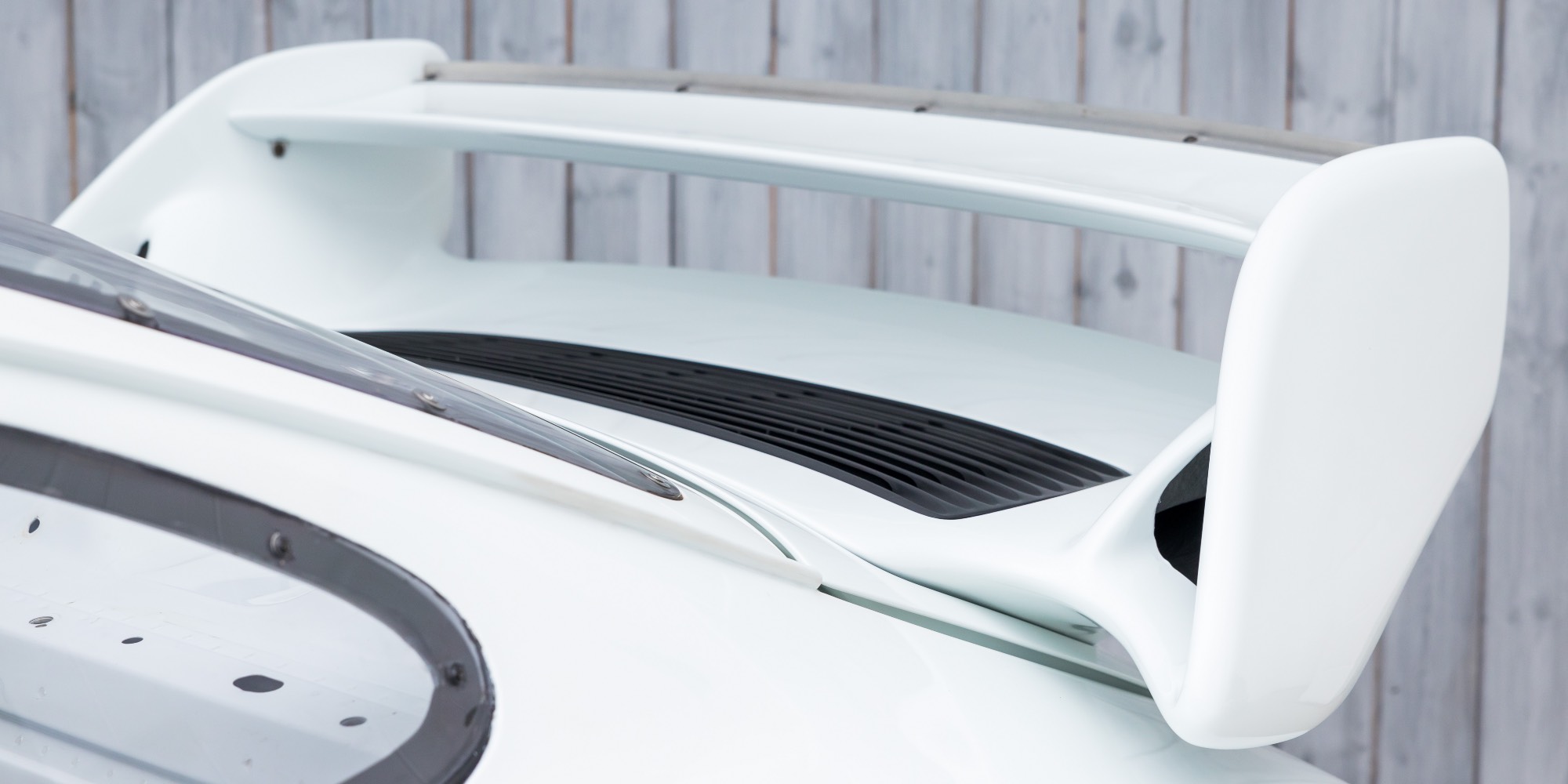 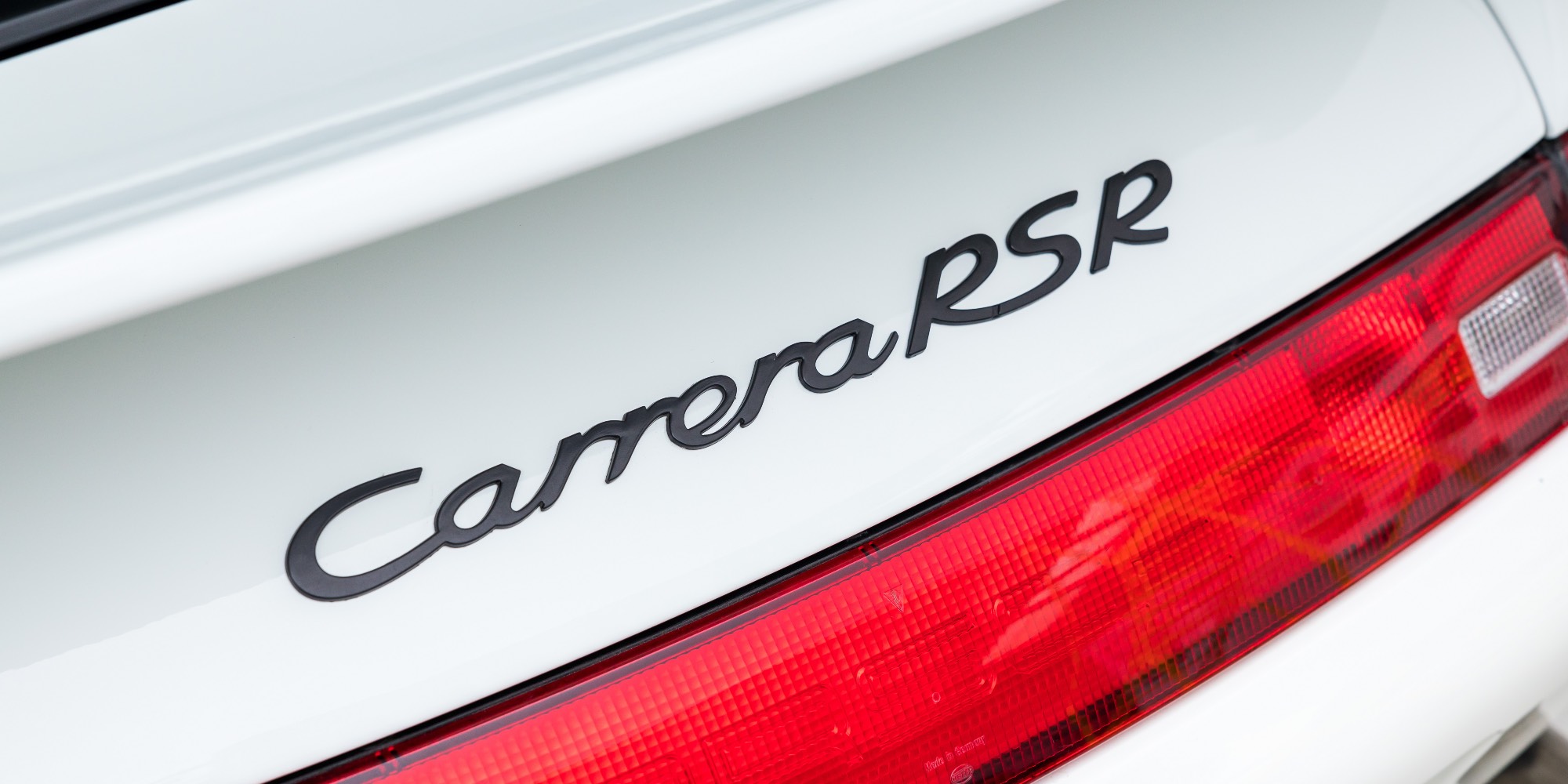 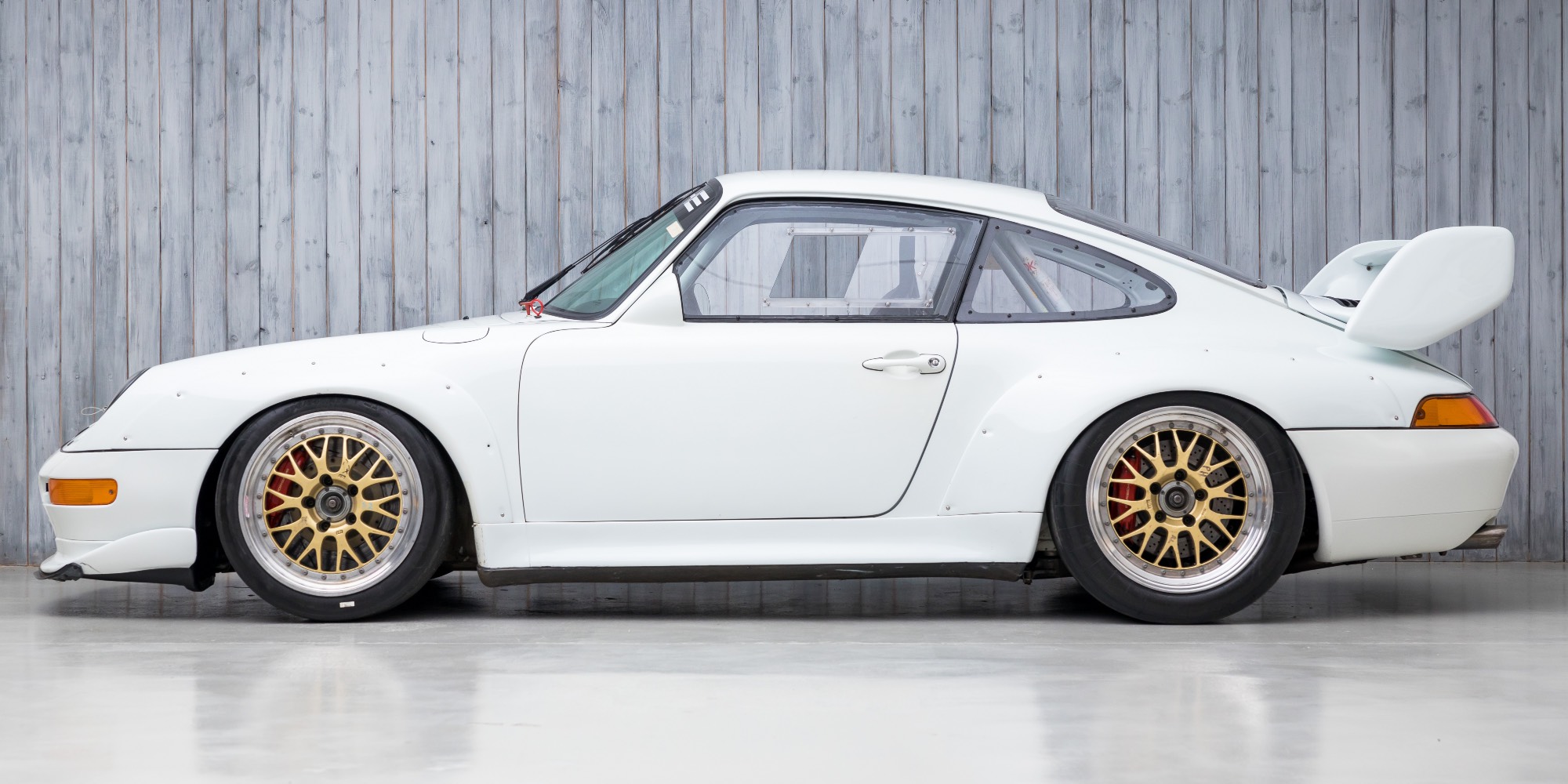 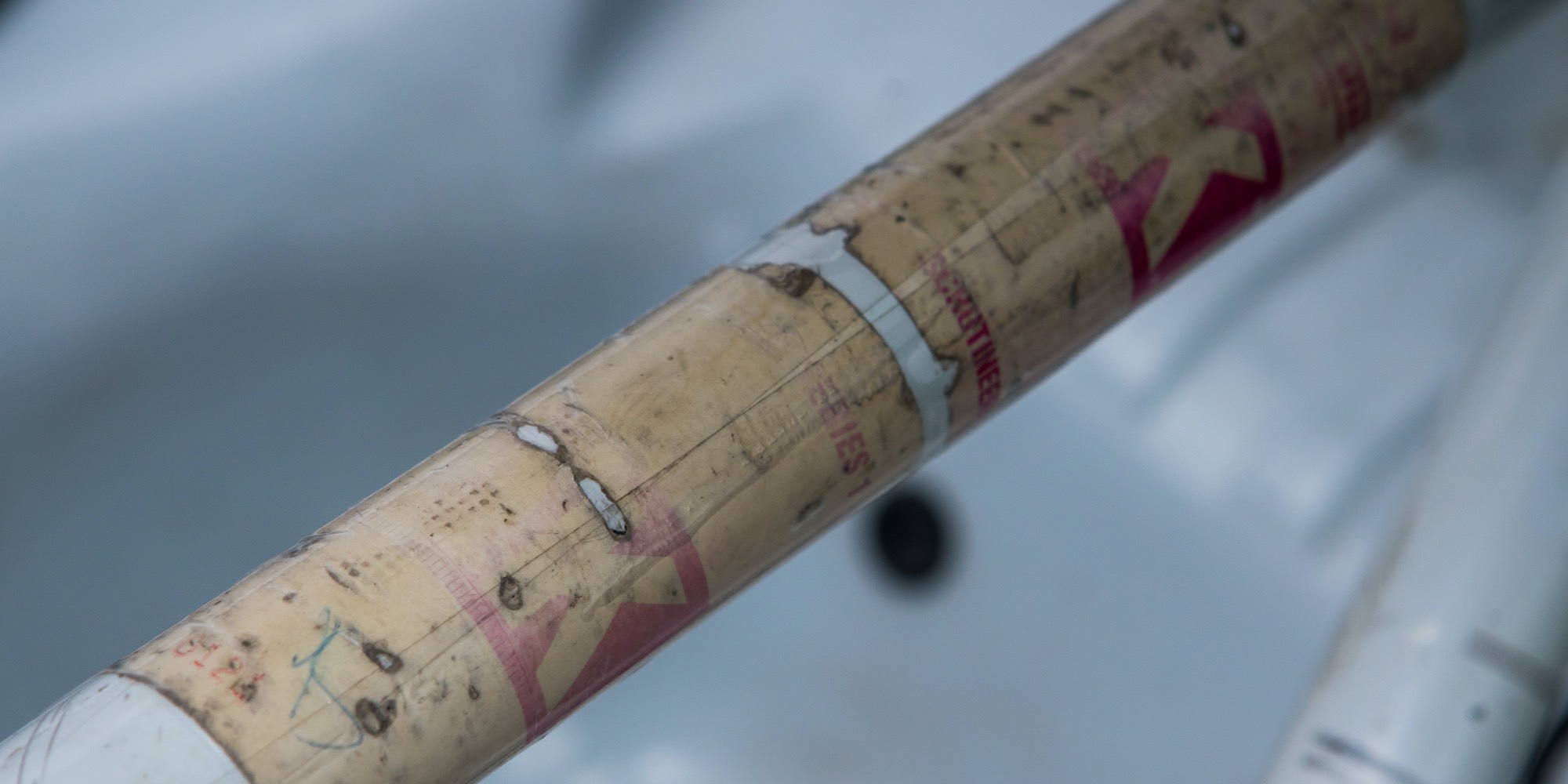 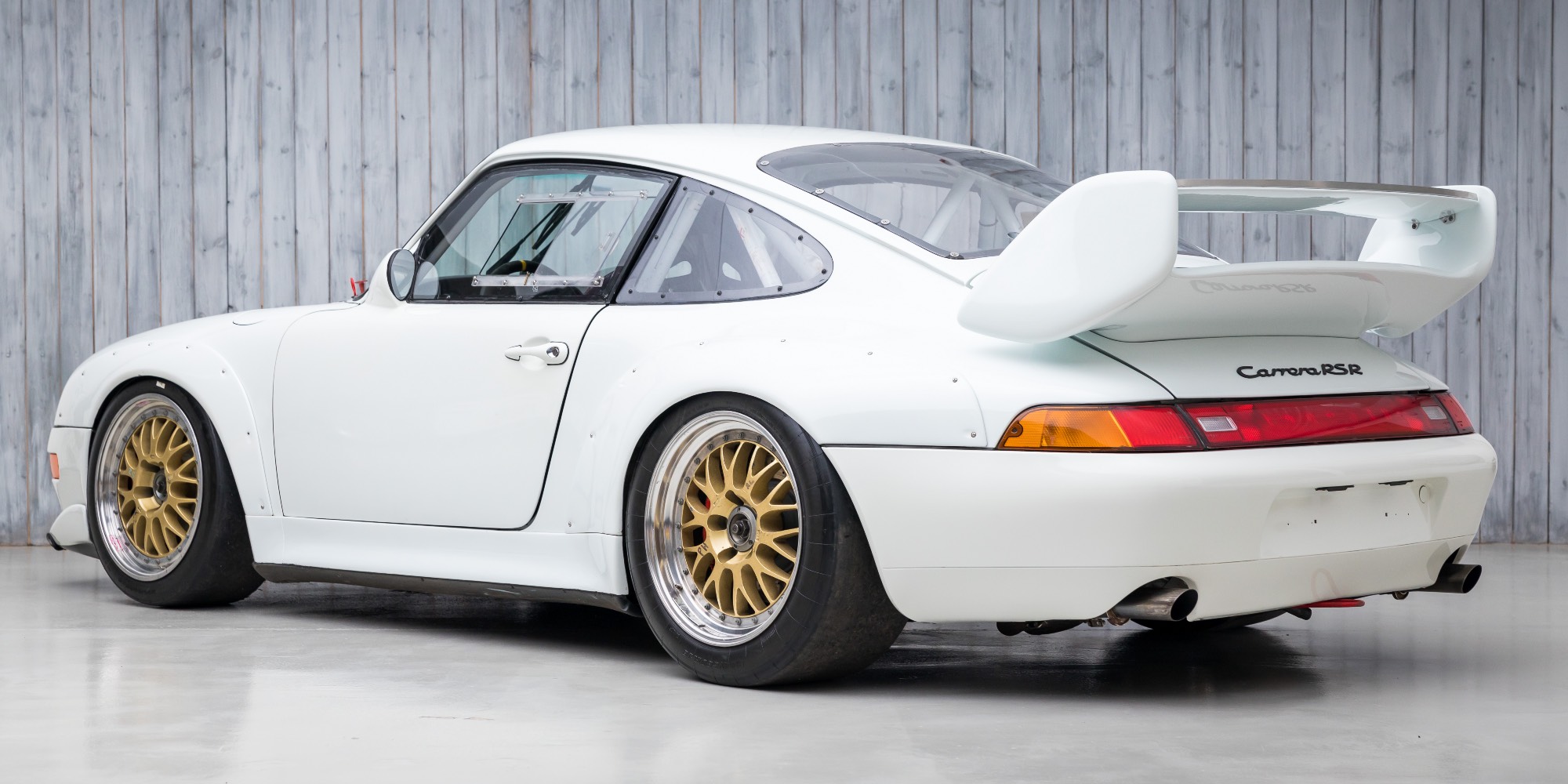 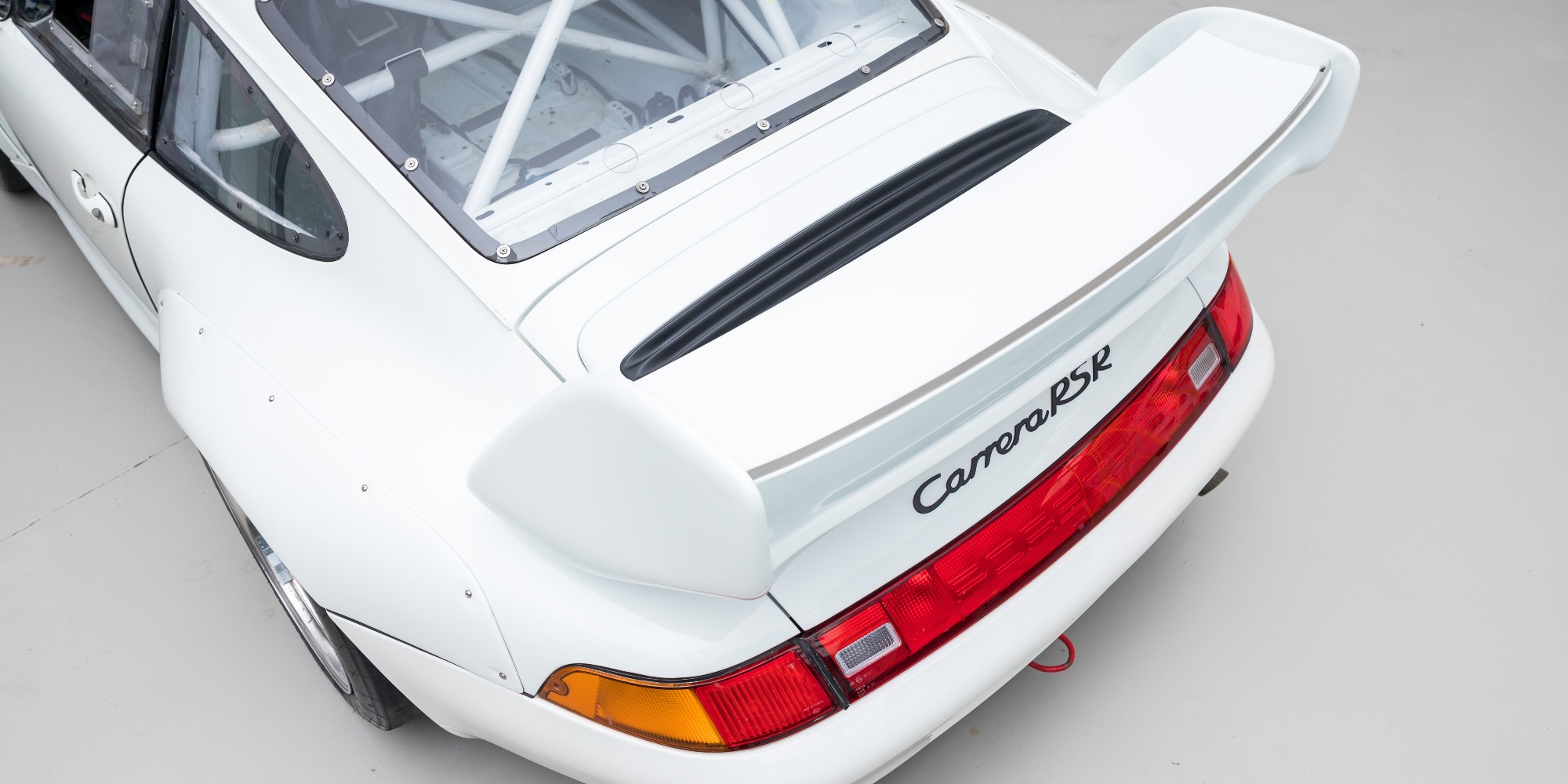 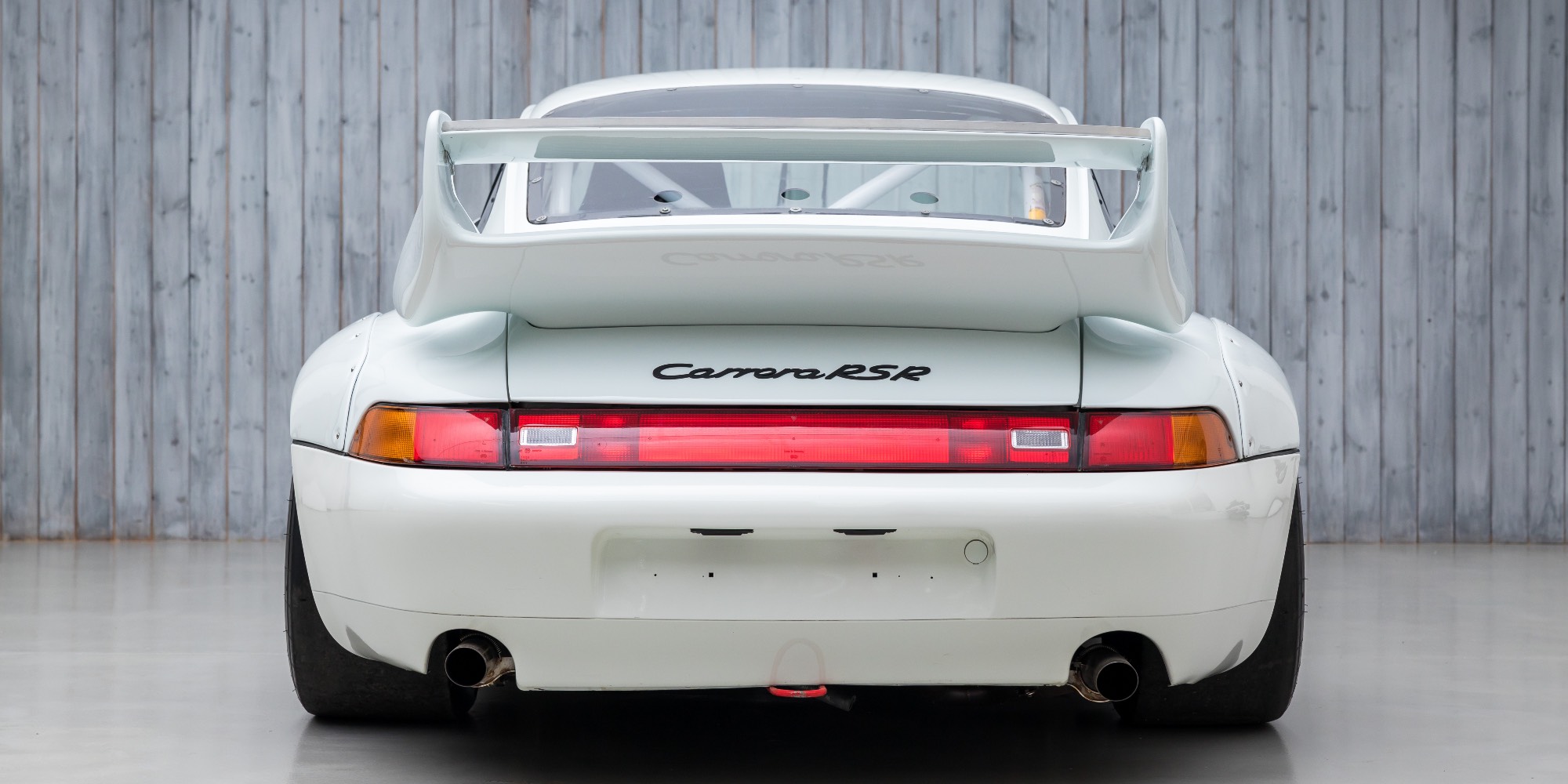 Few marques can claim such a significant stronghold over the world of sports car racing for so long as Porsche. Taking outright victory in the Le Mans 24 hours a staggering 19 times, Sebring 12 Hours 18 times and the Daytona 24 Hours 22 times. From the mid 1960s the iconic 911 in one form or another has been at the forefront of Porsches success and that carries on to this day.

The more you research sports car racing in the mid to late 1990s, the more it highlights what an exciting and prolific time it was for the sport, setting the defining foundations for the vast array of classes and series that we see in GT, Endurance and Sportscar racing today.

With the demise of Group C in 1994, Porsche’s decision not to compete in the new LMP1 formula, combined with their withdrawals from Formula 1 and CART, meant that a potential hole started to appear in the road ahead for Porsche’s sporting activities.

Porsche continued its commitment to its one marque race series and in 1994 the Porsche Supercup was formed which allowed customer drivers and teams to compete in a one make series that supported the FIA Formula 1 Races. Starting with a 964 derived Cup car this series has continued to grow and remains well supported to this day.

With the Supercup series on its way, back at the factory thought turned to a new race car and the international Grand Touring or GT racing seemed the sensible option. Porsche started with a 964 based turbo charged race car, the 911S LM.

A single car team was entered in to the 1993 running of the Le Mans 24 Hour. Driven by Hans Stuck, Walter Röhrl and Hurley Haywood it qualified a very credible 21st but did not finish due to incident. In Larbre Competition’s hands the 911S LM went on to take 2nd overall in the 1994 Daytona 24 Hours and outright wins at Paul Ricard, Jarama, Suzuka and Zuhaï (China’s first international race).

Around this time Jürgen Barth along with Patrick Peter (of Peter Auto fame) and Stéfan Ratel looked to bring order into the GT racing category. To strengthen their commitment to GT racing Porsche built a number of accessible racers to satisfy their strong client base. Again based on the 964 the first of these being the Carrera 3.8 RS and then subsequently the Carrera 3.8 RSR.

The cars proved a great success winning at Interlagos, and the Spa 24 Hour race in 1993 as well as taking the Le Mans GT class win the same year. 1994 started with 3rd overall at the Daytona 24 Hours and 5th at Sebring for the 12 Hours, taking the class win on both occasions. As impressive as the RSR was the team at Porsche were only just getting started!

1993 also saw the introduction of what is considered by many the last of the ‘classic 911’, the 993. The last 911 to be fitted with the traditional air-cooled engine, it is an established favourite in the 911 family. Penned by Englishman Toni Hatter, the exterior changes to the 993 from the previous 964 were significant, including sloping headlamps, wider front and rear bumpers that integrated smoothly with the body, wider wheel arches, raised front bonnet to increase luggage space, and ‘teardrop’ door mirrors. Overall, the car had a much more modern appearance.

With its five-link rear suspension and more robust body shell, the 993 was an obvious candidate for the 911’s next generation of race cars. For 1994 Porsche started with the 993 Cup 3.8. Developed at the Porsche race department in Weissach, under the stewardship of Porsche Motorsport legend Roland Kussmaul, the new 993 Cup 3.8 was built using the platform of the 993 Carrera 2 and was clearly a no compromise race car.

Designated the M64/70, the engine capacity was enlarged to 3.8-litres giving a power output of 310bhp at 6100rpm, an increase of 40bhp over the 964 Cup. With a rev limiter set at 6,900rpm, but with the capability to take up to 7,900 rpm, it was a relatively low stressed and subsequently reliable package. The 993’s new G50/30 6-speed gearbox featured very short shifts and steel synchromesh rings also making it a more reliable package.

Weighing in at 1,100 kg, 20kg lighter than the 964 Cup, the body shell was stripped of all sound dampening, carpets headlining, power steering, heating, passenger seat and handbrake. Bar the windscreen, the glass was all thinner and lightweight with the rear quarter lights in perspex. Fitted with the FIA approved Matter roll cage which not only provided the required safety it also stiffened the chassis for handling.

Handling was improved by larger front and rear brake callipers, the latest 5 channel ABS with a motorsport control unit, specifically set up for the slick tyres fitted to the cars. The new springs and dampers were stiffer than those on the 964 Cup and the whole car was lowered 70mm from its road version, the Carrera 2.

It is important not to confuse the 993 Cup 3.8 RSR with the standard Cup 3.8, it is a much rarer beast. As designated by the ‘Z’ code in the chassis number which is unique to the RSR they were built specifically by the race department at Weissach to support Porsche customer teams to race in American IMSA and European and International GT racing. The 993 Cup 3.8 RSR was designed to take on 24 hour events like Daytona, Spa and Le Mans.

Like the Cup, it was based on a 993 Carrera 2 shell with the full Matter welded in roll cage, aluminium bonnet, Matter front strut brace, fully ball jointed suspension, special front spoiler and adjustable rear wing. Further to this the RSR featured as standard; 2 way adjustable Bilstein suspension – adjustable for both bump and rebound, bolt on wheel arches to allow it run wider whew like the GT2, larger 380mm endurance front brakes also like the GT2 and driver adjustable front roll bar. Unlike on the GT2, the roll bar can be adjusted from in the cockpit on the RSR.

The engine in the RSRs was the uprated 3.8-litre M64/75. Extensively reworked and designed for endurance racing, it featured stronger and lighter valve gear, rockers, high lift camshafts, special pistons and cylinder barrels. The inlet plenum and exhaust manifold were extensive revised and featured 6 individual throttle bodies. All of this maximised its performance which increased to 349 bhp and was delivered through a single mass flywheel to the G50/34 six speed gearbox, which is unique to the RSR.

This car was built towards the end of the batch of 1997 RSRs and was delivered new, with engine number 62P85729, the long distance 100-litre Matter Fuel tank (which is still retains to this day), the rare cockpit operational ABS disarm option and the 380mm front brakes to Porsche Motorsport Asia, where it was raced for them by Kevin Wong also from Hong Kong.

In 2002, 398089 was purchased by Australian Porsche racer and collector Don Tryhorn. A former manager for Porsche Motorsport Asia, he knew the car well and went on to race and sprint the car throughout his ownership. He can be seen competing 398089 at Bathurst in October 2001 in a number of photographs in the history file. The car also comes with his original note book and set up log for his time with the car.

In early 2007, 398089 was purchased from Don Tryhorn by UK based Porsche racer and collector Paul Howells. Highly respected within Porsche circles Paul is the 993 RS Register Secretary with the Porsche Club UK. Paul raced the car within the Porsche UK Open Series on and off for three seasons. An early supporter of the Endurance Legends, now run by Peter Auto, Paul has driven the car in three Endurances Legends demonstrations at Silverstone Classic, as well as at events in Portimao and Estoril.

Paul also runs the now famous RS Owners Track Day at Oulton Park, at which 398089 has been a regular feature. A stickler for originality, Paul was drawn to the originality of this car and retained it to this day. The interior looks to have never been painted and the Matter roll cage retains its original dated stickers as well as a vast array of scrutineering stickers from period. Maintained throughout his ownership, the engine was rebuilt by CTR Developments in 2015 and only has running-in miles on it from when it was run last year at the RS event. During the rebuild the engine was fitted with new Carrillo rods.

As the demand for these rare and significant mid 1990s GT Porsches, quite rightly, continues to grow it is a pleasure to come across such an original and unmolested, yet highly usable, example as this. One of only 45 993 Cup 3.8 RSR ever produced, supplied new with the desirable endurance fuel tank and the rare cockpit operational ABS disarm option, still on its original shell and with a clear and clean history, this is a very rare car indeed. An ideal potential entry for Le Mans Classic or the Daytona Historic 24 Hour and one of a limited and privileged number of racing Porsche to carry the hallowed RSR title.