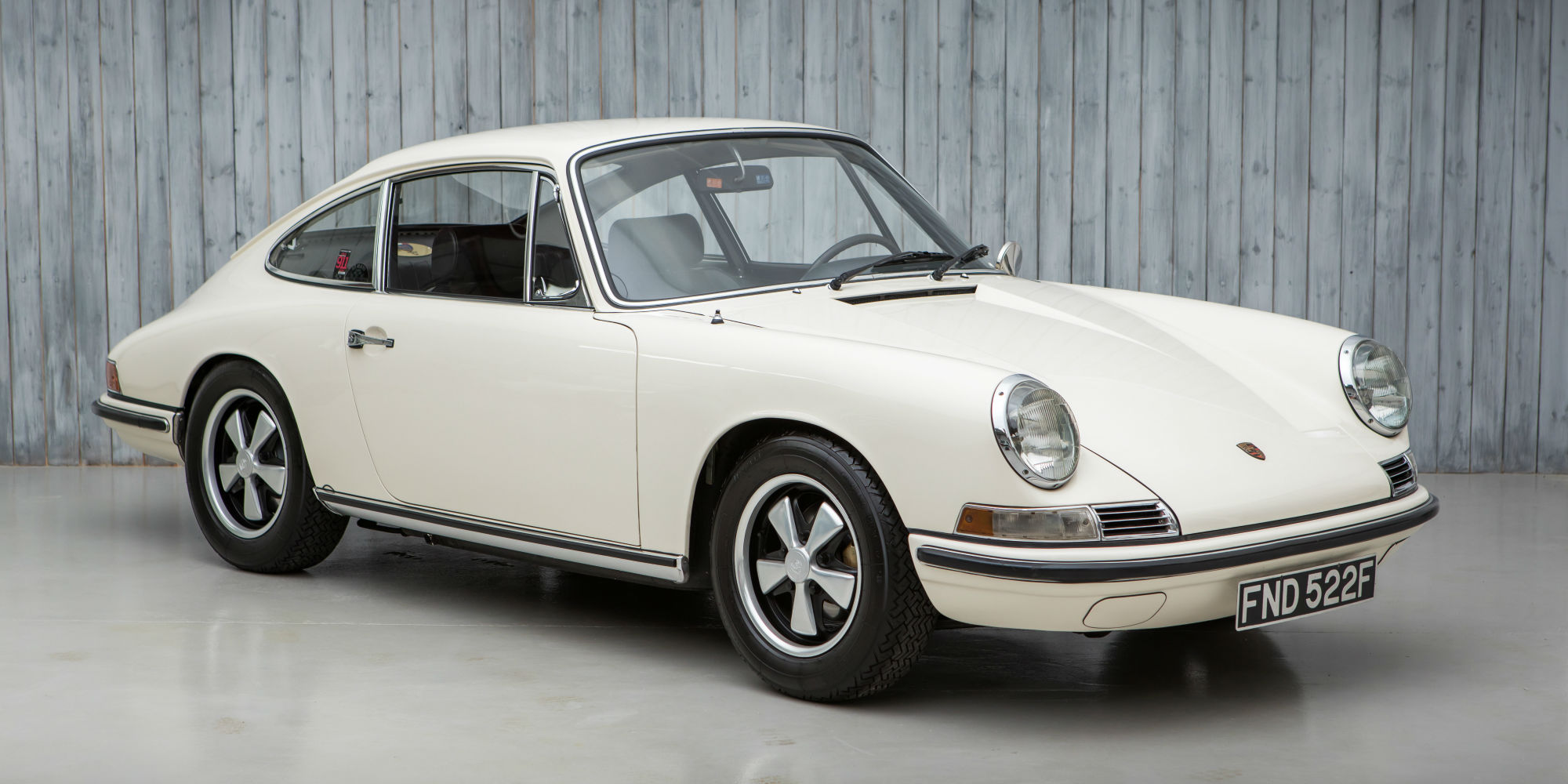 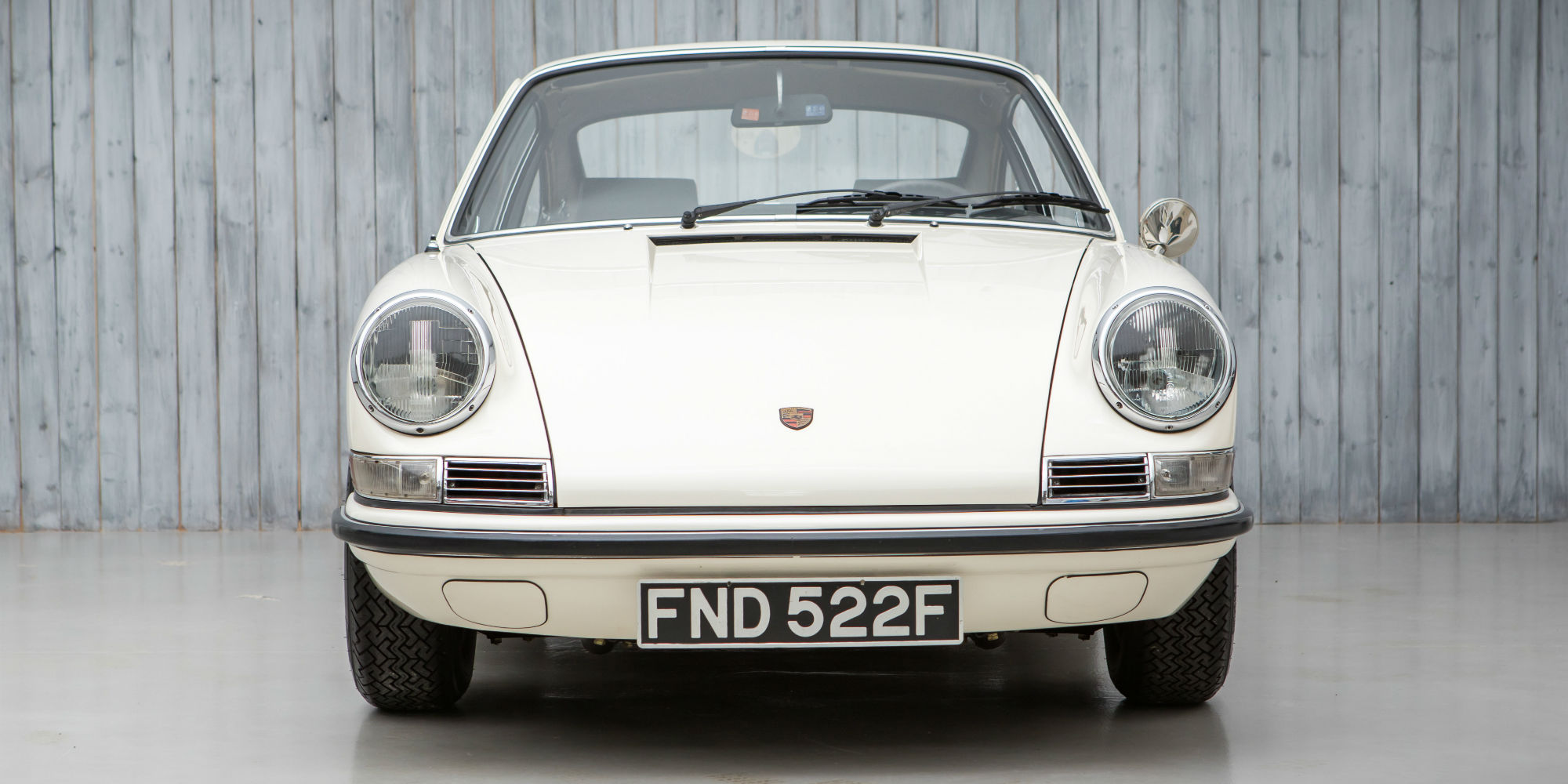 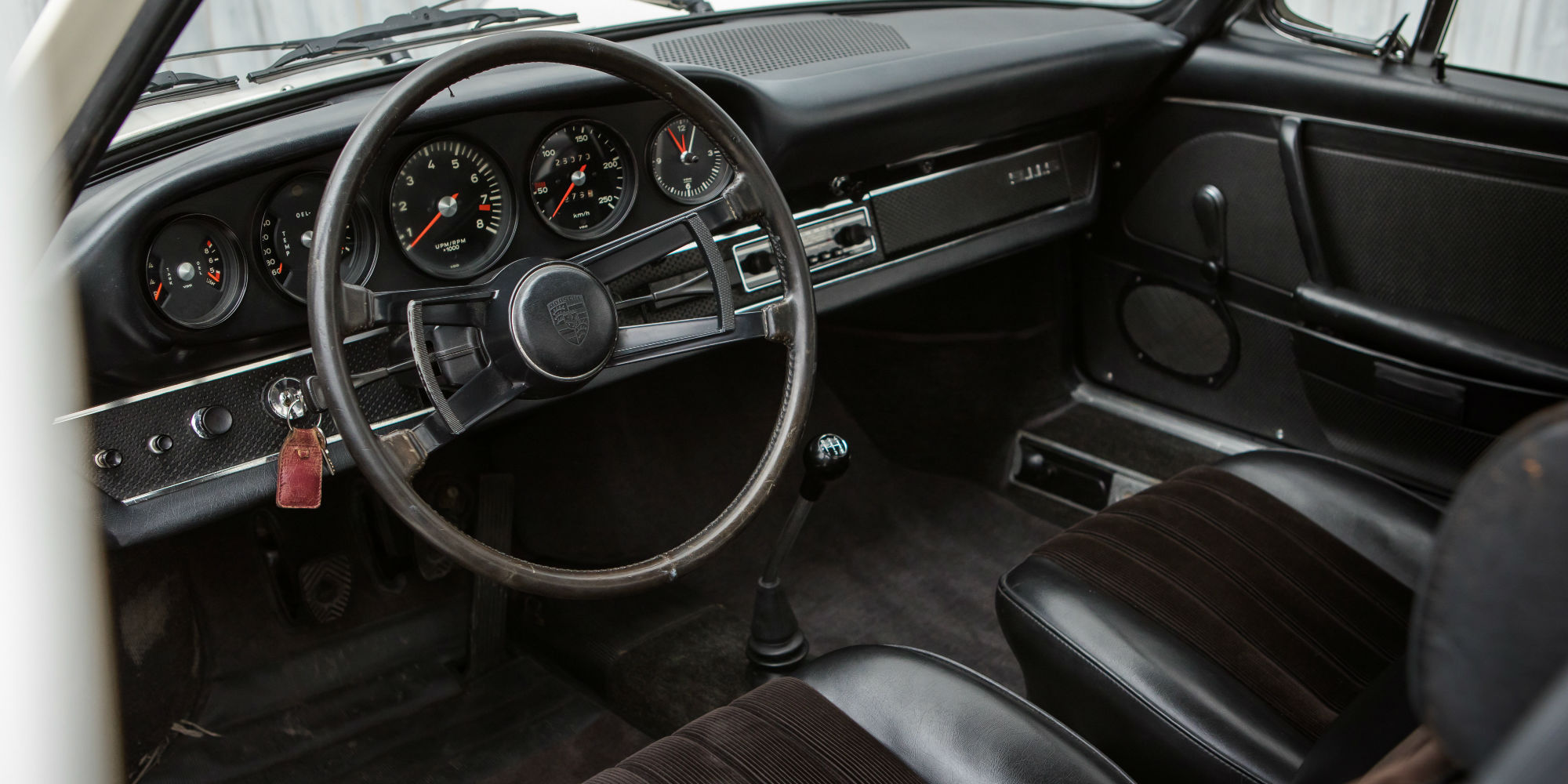 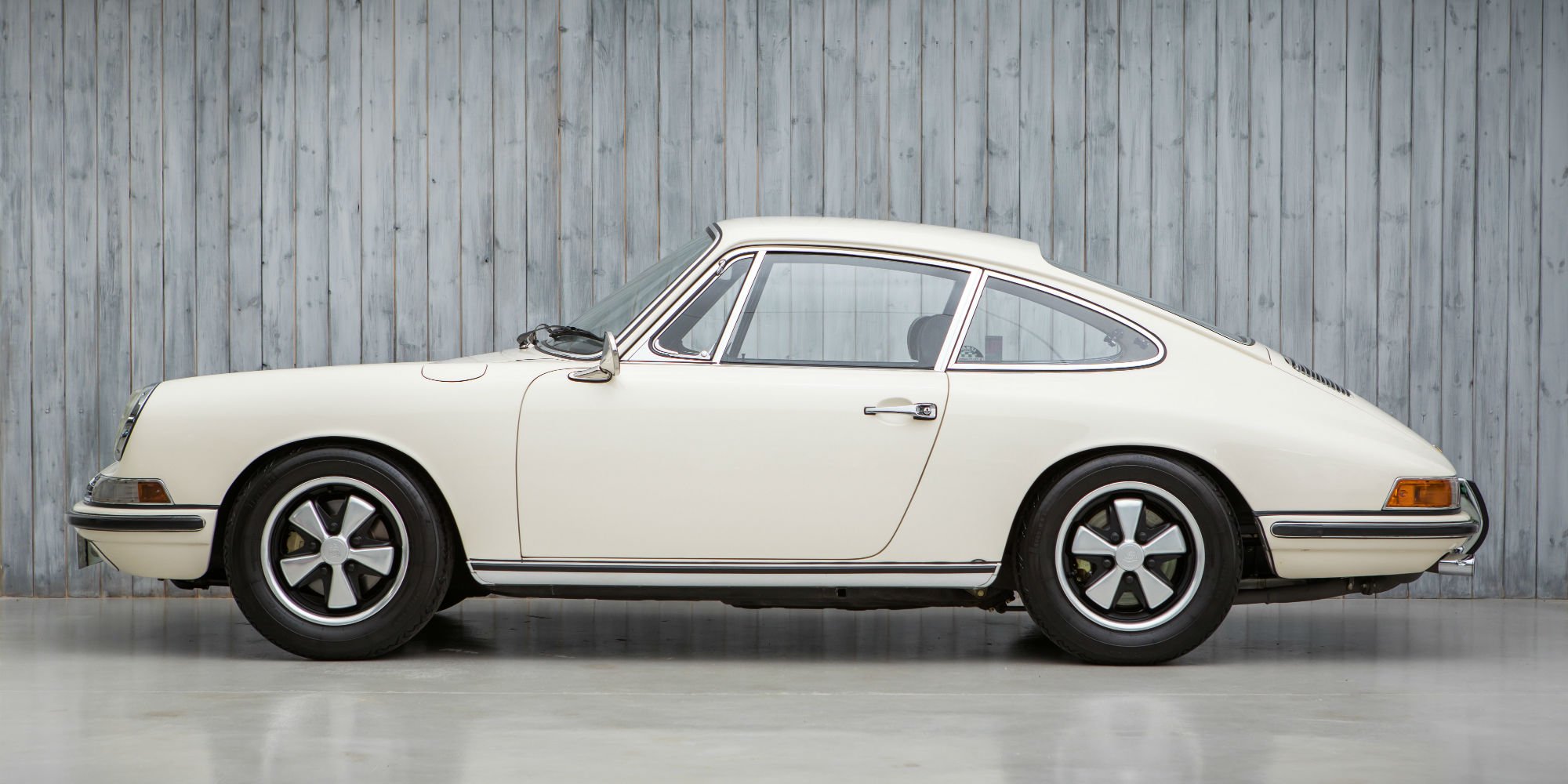 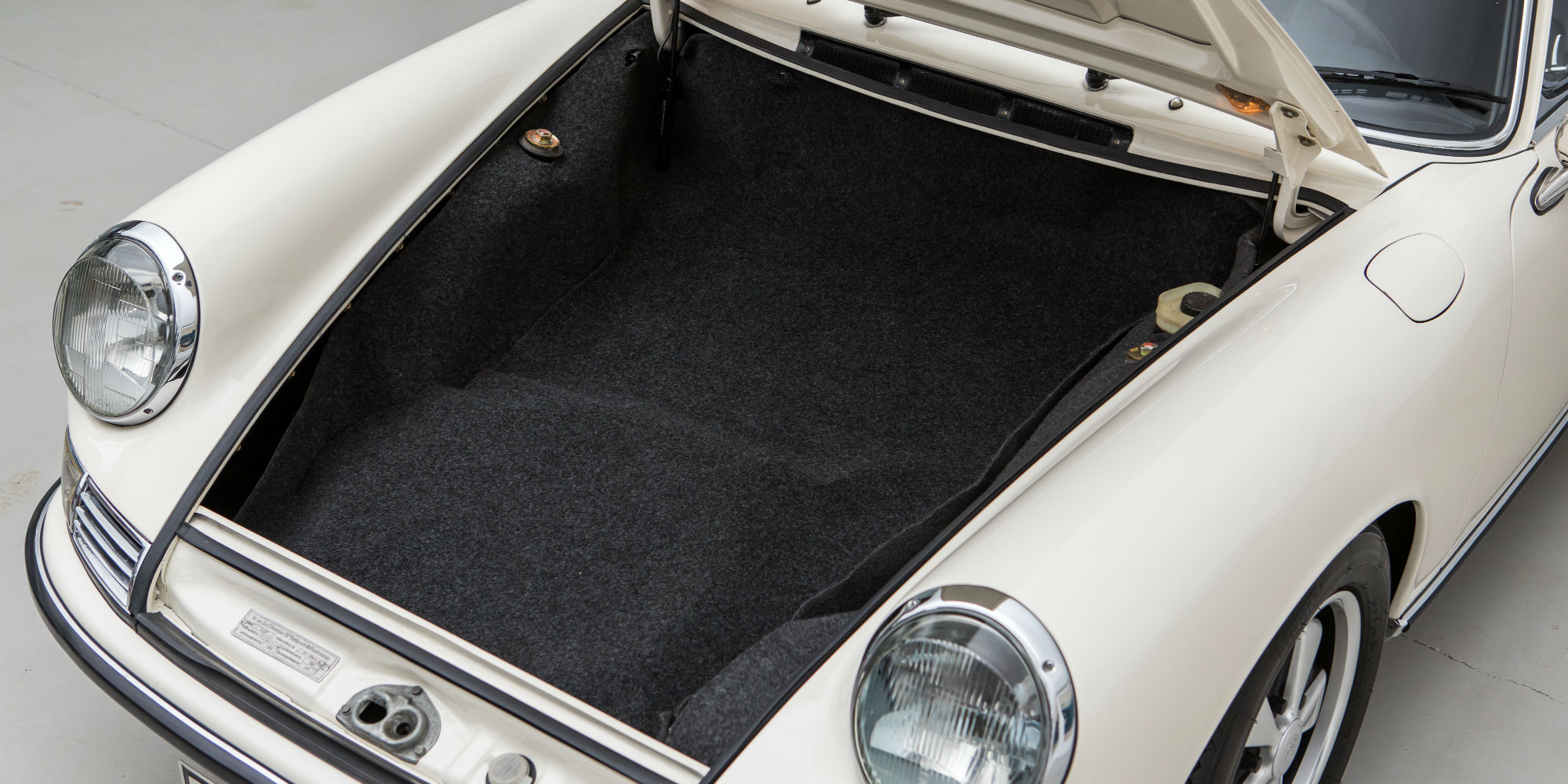 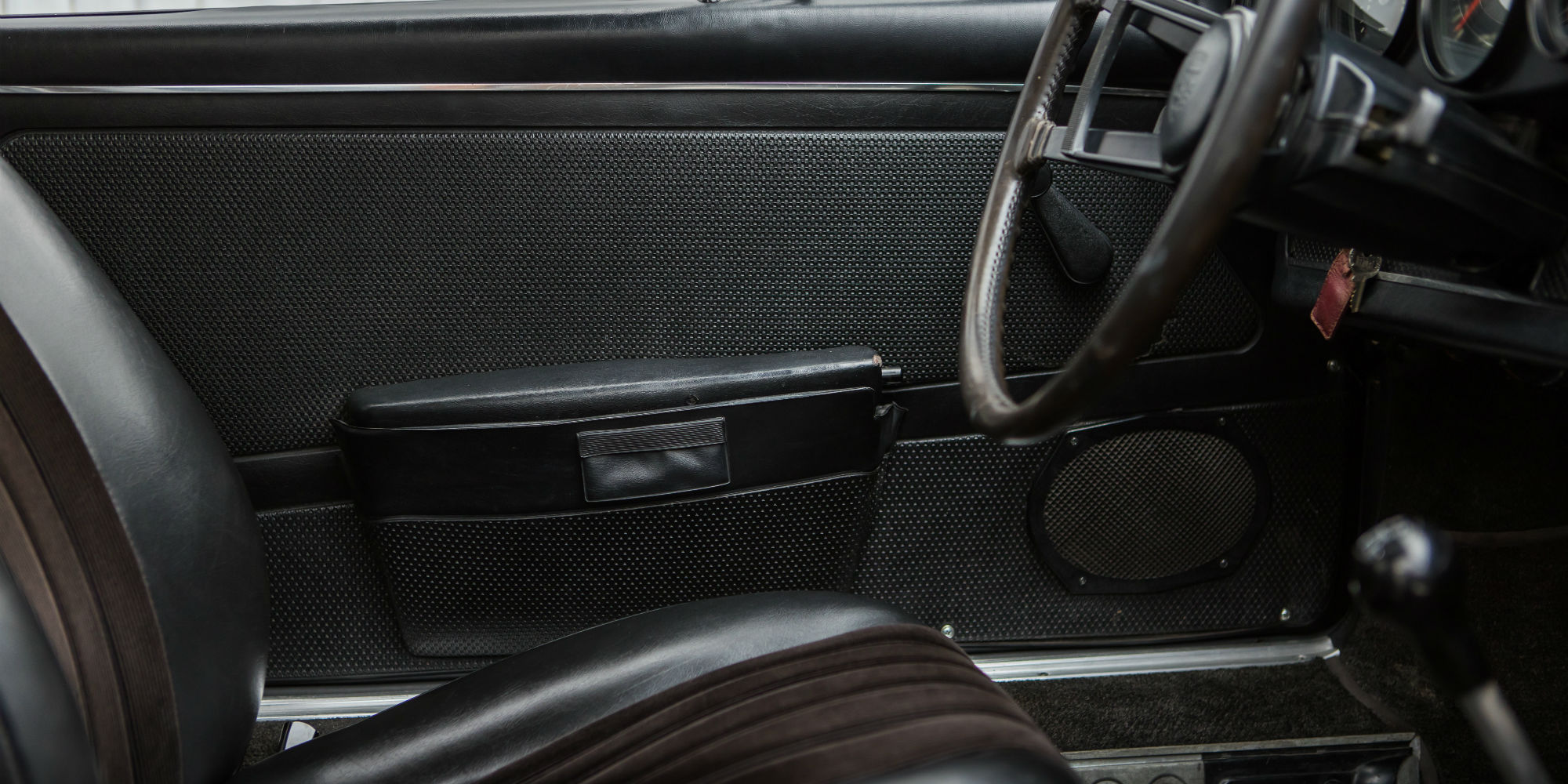 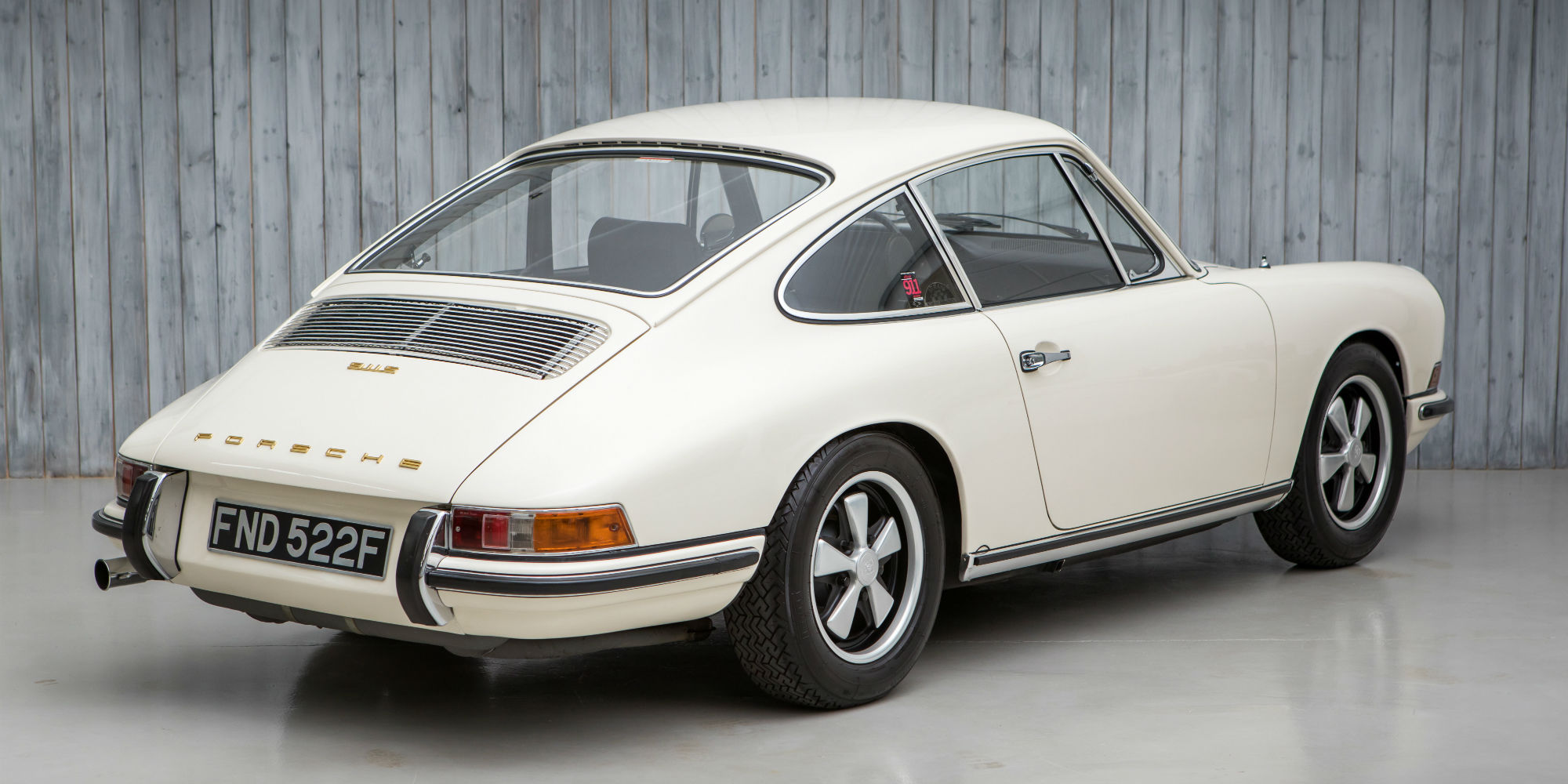 Since the company was founded in 1931 by Dr. Ferdinand Porsche, Porsche has been responsible for some of the most iconic cars of all time. Perhaps the most important of these is the Porsche 911, a design concept which has endured for more than half a century and is still successful both commercially on the road and in competition on the race track.

Designed by Ferdinand Porsche’s son Ferry, the 911 was a replacement for Porsche’s 356 model and made its debut at the 1963 Frankfurt Motor Show. It was originally badged as the 901 and had a 128hp, 1991cc flat 6 engine in boxer configuration, which was air cooled and rear mounted and mated to a five speed manual transmission. After a mere 82 cars had been produced, a legal challenge from Peugeot concerning the car name, led Porsche to change the name to 911.

Although the standard 2.0-litre 911’s 130bhp was a respectable figure in its day (especially in a car weighing just over 1000kg), Porsche soon started off something that would continue throughout the 911’s history – producing more powerful variants. The first of the upgrades to Porsche’s perennial 911 came in October 1966 with the introduction of the ‘S’ (for Super), version.

The S used the same basic engine, but it was uprated to give a 160bhp power output. This was achieved by raising the compression ratio from 9.0:1 to 9.8:1, fitting larger inlet and exhaust valves, and a freer-flowing exhaust system. The most noticeable difference, though, was the adoption of two triple-choke Weber 40IDS carburettors. The combination of the new exhaust and Weber carburettors gave the 911S that unmistakable ‘wail’ at full throttle.

The S saw the introduction of what would become an iconic 911 trademark – the Fuchs wheel. The stylish five-spoked forged alloys with their black centres and polished rims gave the 911S a more sporty appearance, and would continue to be a feature of the 911 right up until 1989. They were also 2.3kg lighter than the steel wheels, and were even attached with super-light alloy nuts.

Handling was improved by way of a thicker front antiroll bar and the addition of an antiroll bar at the rear (a novelty in those days), along with Koni dampers. Brakes were uprated with ventilated discs, which was said to be a first for a production car.

Not only was the 911S ahead of its time on the road it also pathed the way for the 911 to carve its indelible mark in the world of motorsport. The 911 first appearance at the Le Mans 24 Hours was that of a 911S in 1966 and the 911S would go on to secure the 1967 European Rally Championship in the hands of Vic Elford. The 1968 911S in Euro form boasted all the right stuff and as Car and Driver magazine had remarked in 1967, this impressively light automobile was not one to be taken casually.

This stunning example we have the pleasure of offering today, Chassis number 11801236, Engine Number 4081517 / 901/02, Gearbox Number 2281973/901/03 was produced in July 1968 as detailed in the Porsche Certificate of Authenticity that accompanies the car. Painted in the desirable Light Ivory paired with Black Leatherette seats with Corduroy inlays, a combination it retains to this day.

Sold through Autogerma, Bologna, Italy. Documentation from the Automobile Club D’Italia shows a list of registered owners from 1968-1974. The first owner on the 18th of September 1968 appears to be a Mr. Diego Rodellar of Venice. The car still carries a plaque from the Automotoclub Storico Italiano.

The current owner purchased the car from well known Porsche racer Nick Faure in 2015. The car had come from a Porsche specialist in the Venice where it had reputedly been in long term private ownership. Upon receiving the car he entrusted Porsche specialists Prill Porsche Classics to sympathetically restore and the prepare the car. Invoices on file show in excess of £47,000 lavished on the car between late 2015 and June 2017.

As with most Porches of this age upon close inspection it was decided that the front suspension pick up points, floor, door sills and kidney bowls were better off being replaced. As can be seen above in the photographic record of the work that accompanies the car, the remainder of the body was left un changed. The engine and gearbox were removed, serviced, mounts repainted where need be and refitted to the car. Any further spot repairs that were required were done to the body and then it was resprayed blending areas in to match what is believed to be the original paint.

The correct decision was made to retain the original condition of the interior, right down to the original headliner. The combination of the Light Ivory paint and the original black with Corduroy inlay interior is stunning and gives the car a feel that has sadly been lost in so many restorations over the years. Used sparingly since its restoration this offers an increasingly rare opportunity to acquire such a well appointed example of the legendary 911S in its purest 2.0-litre short wheelbase form. A car famously as beautiful to drive as it is to behold.