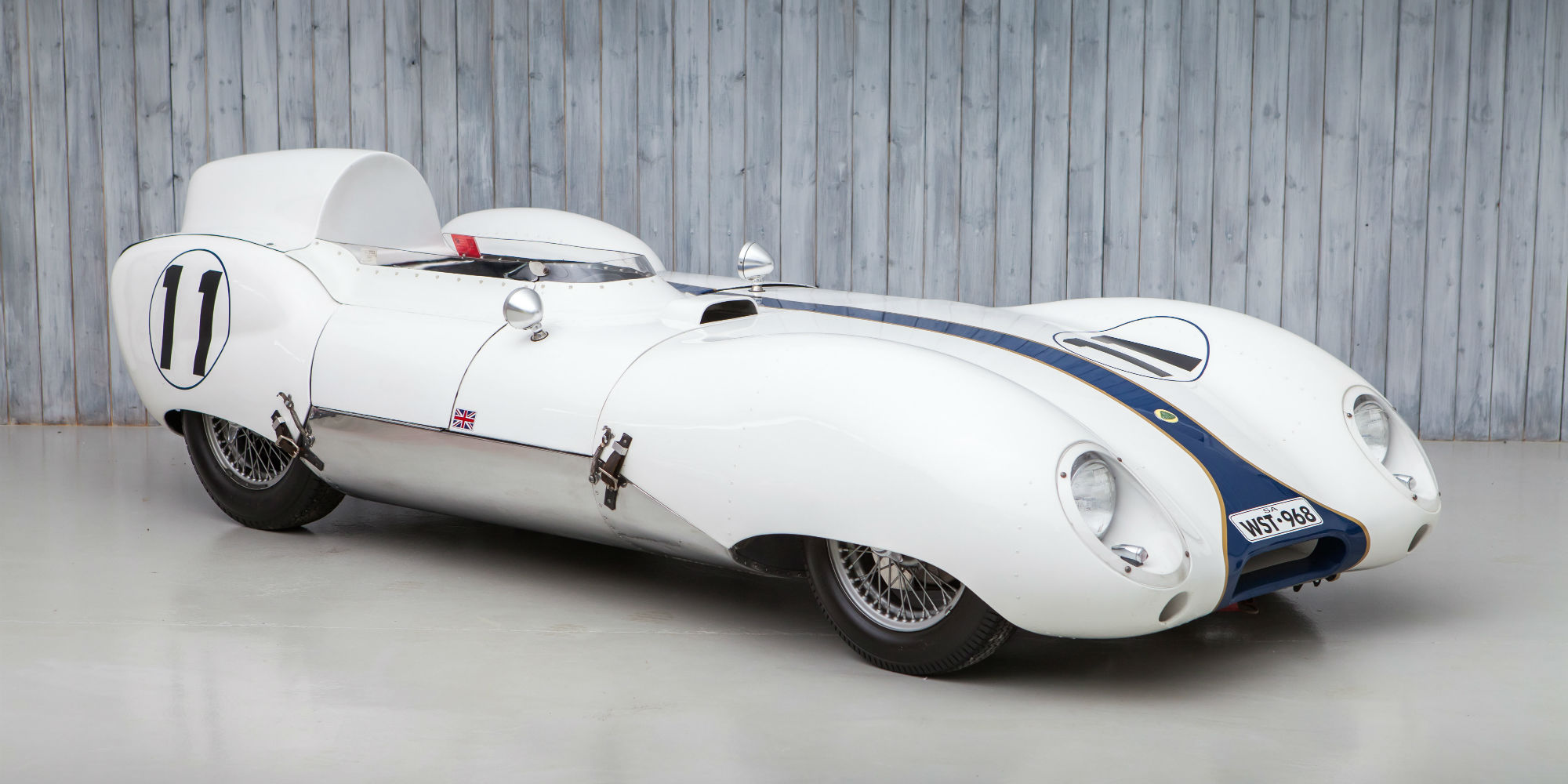 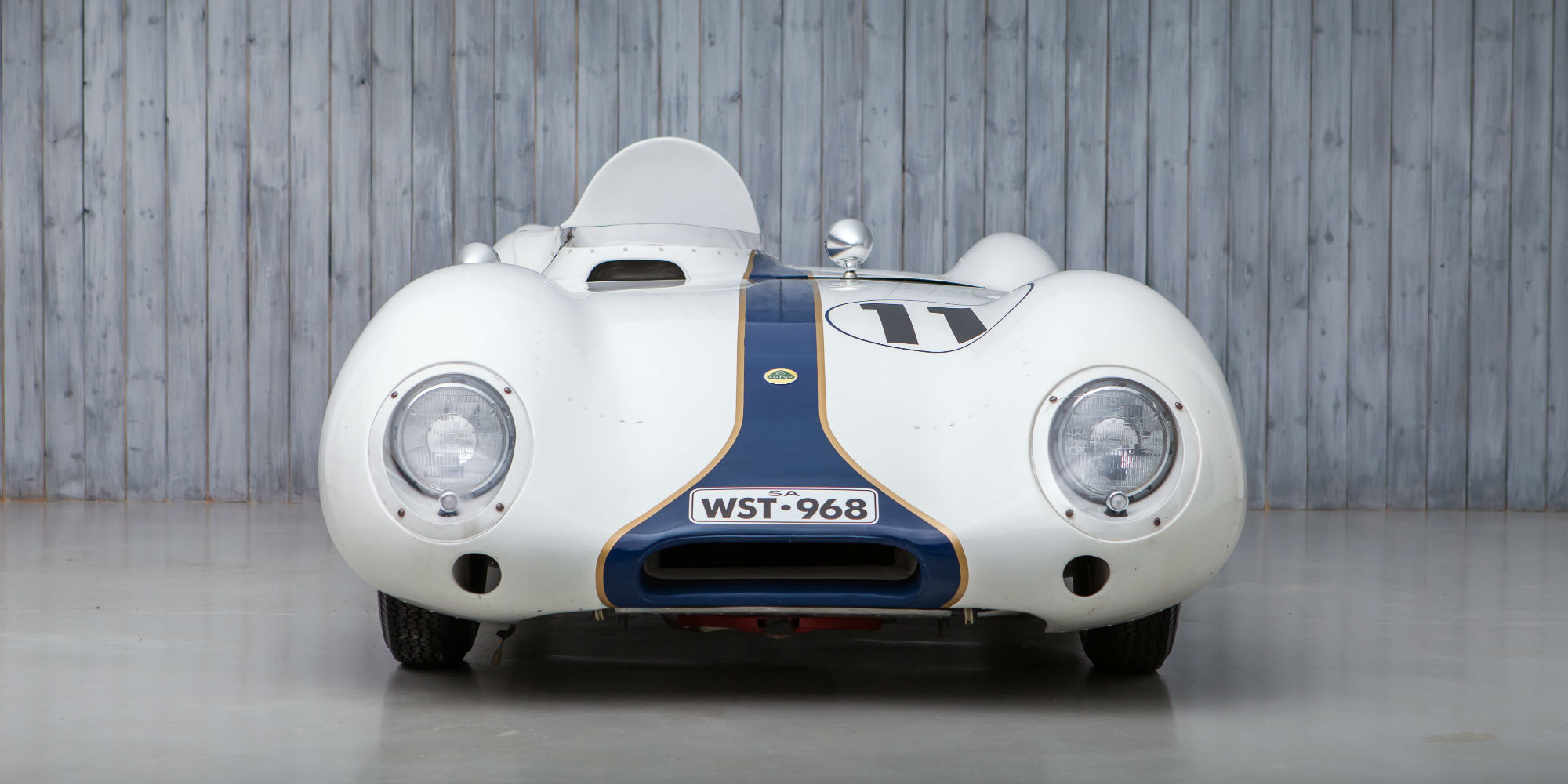 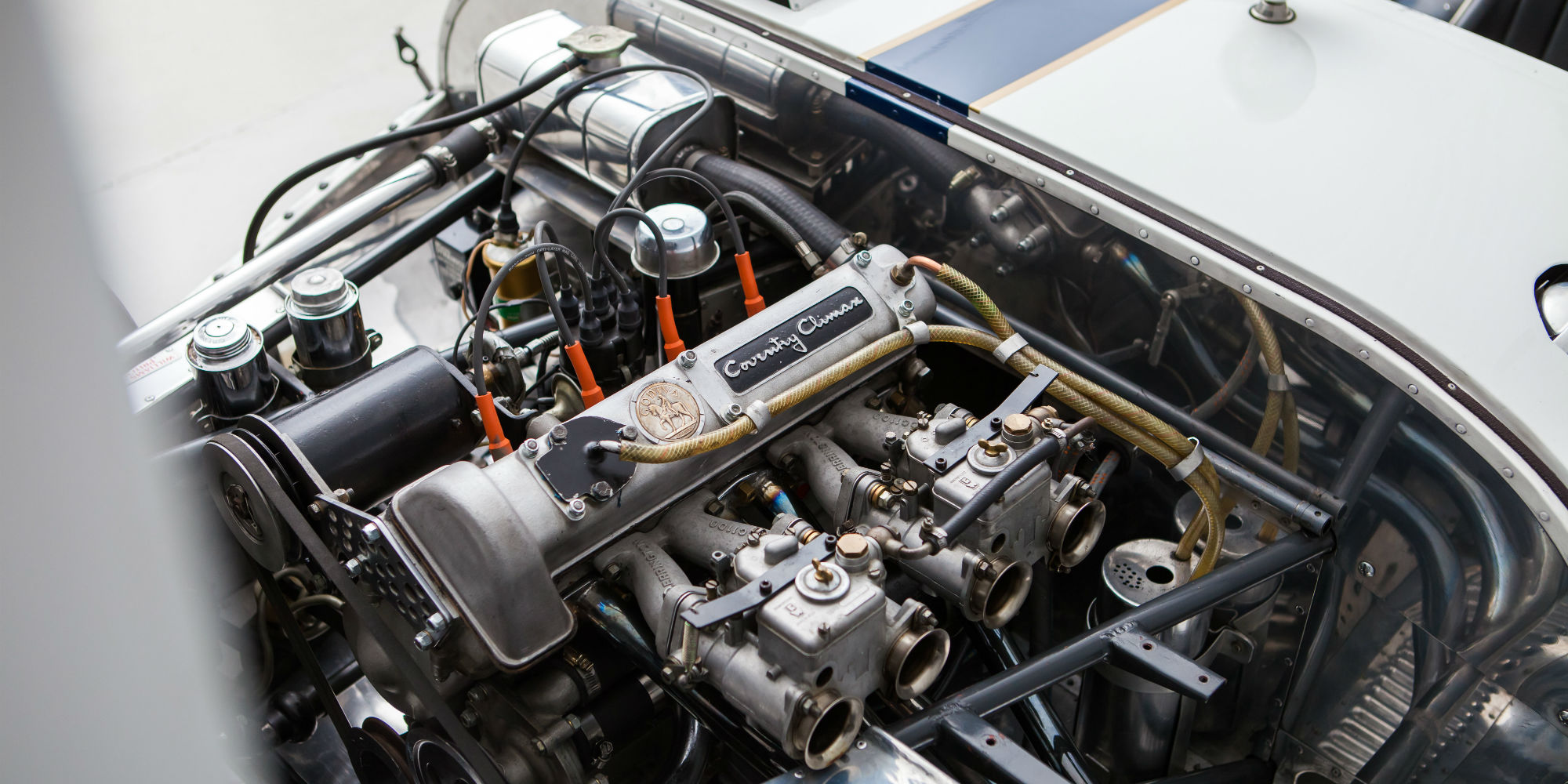 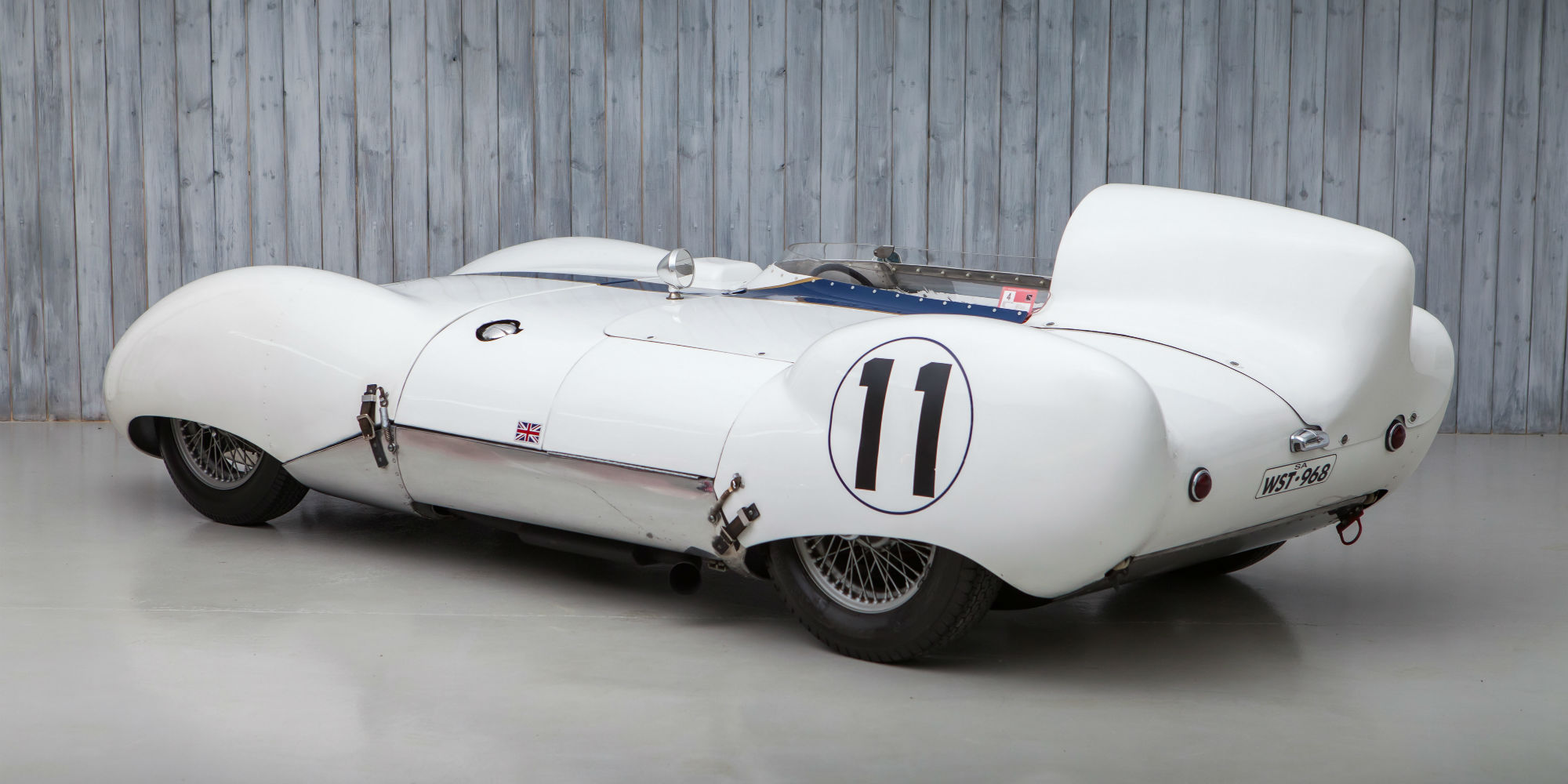 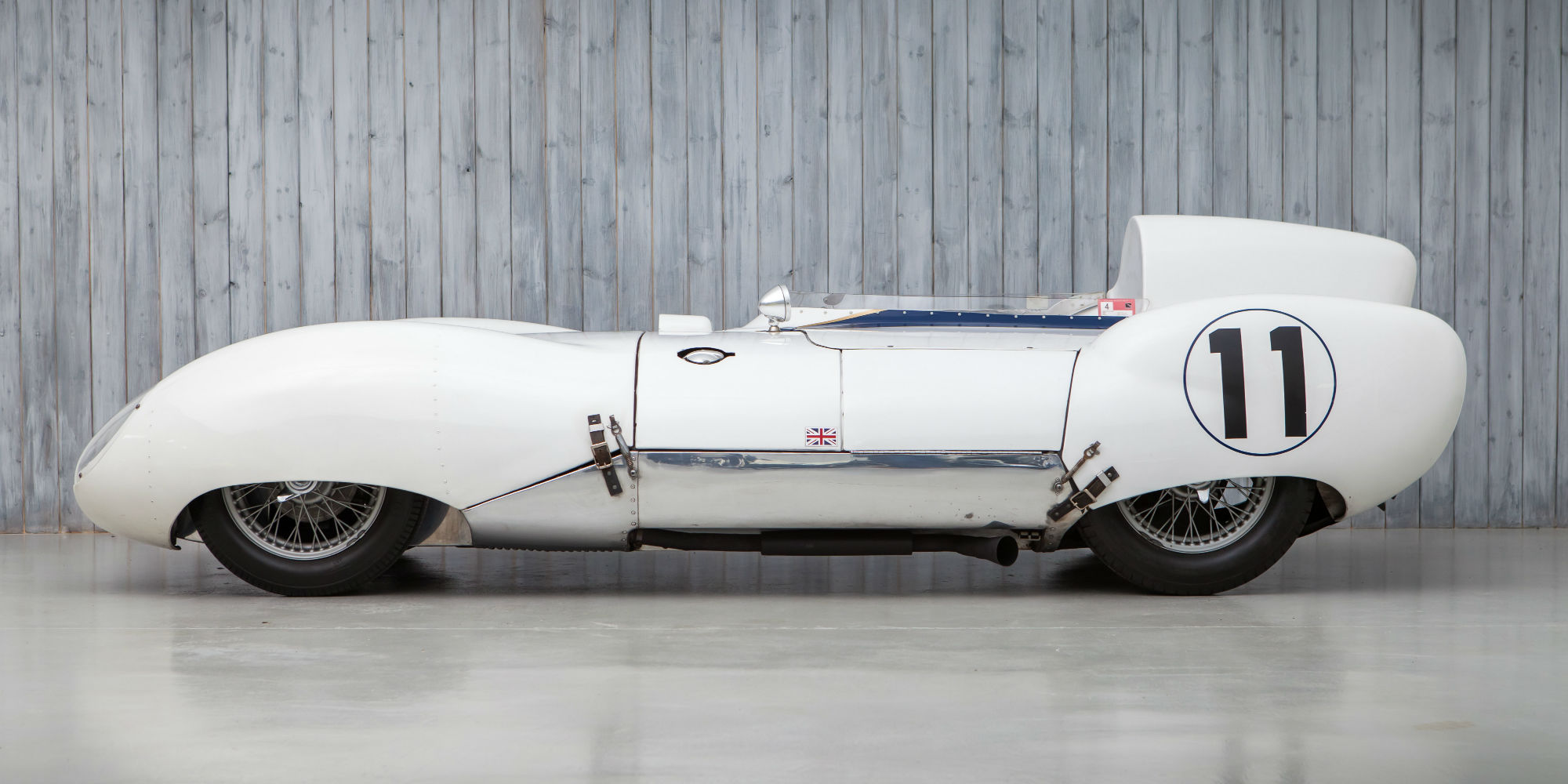 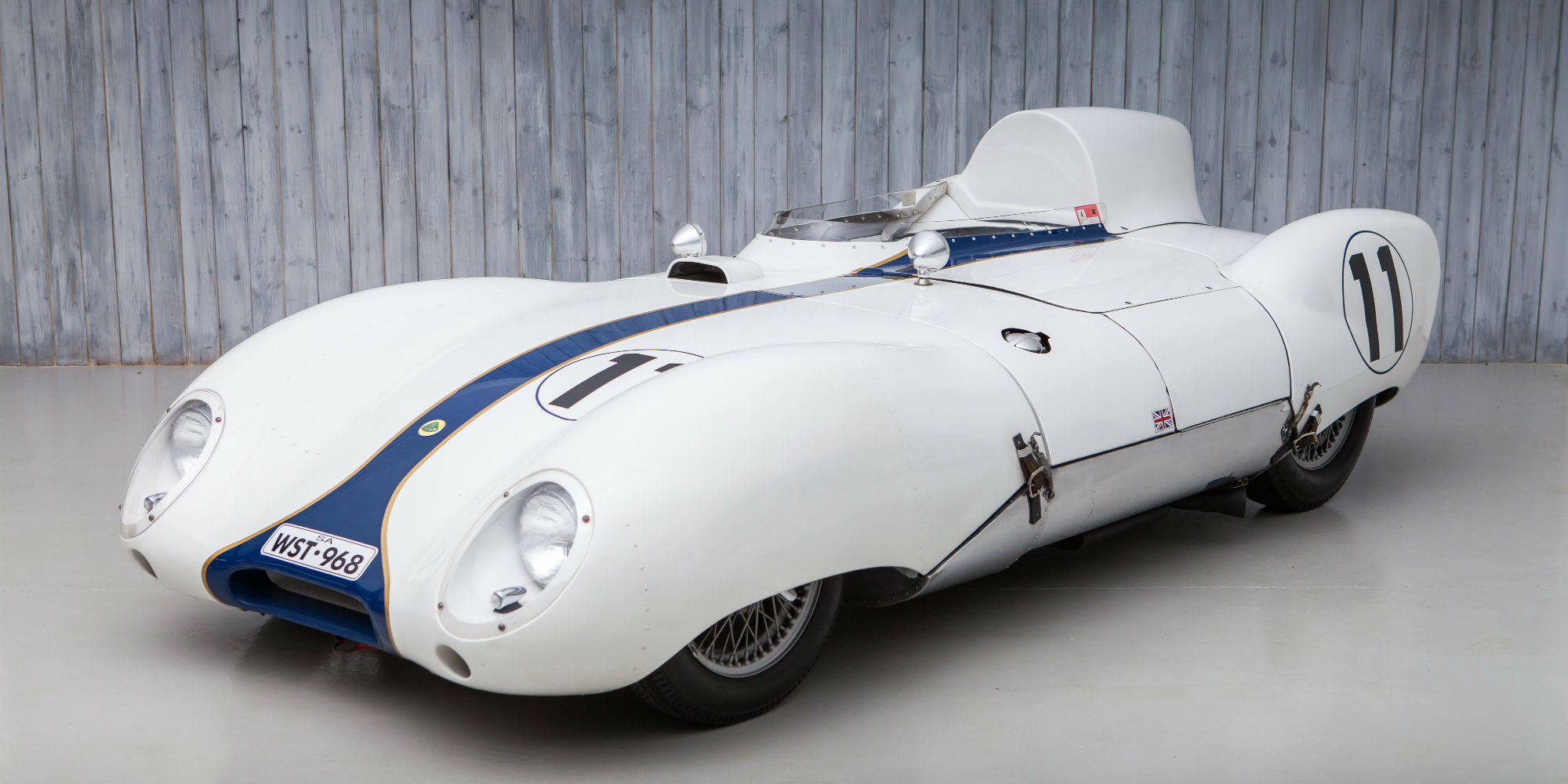 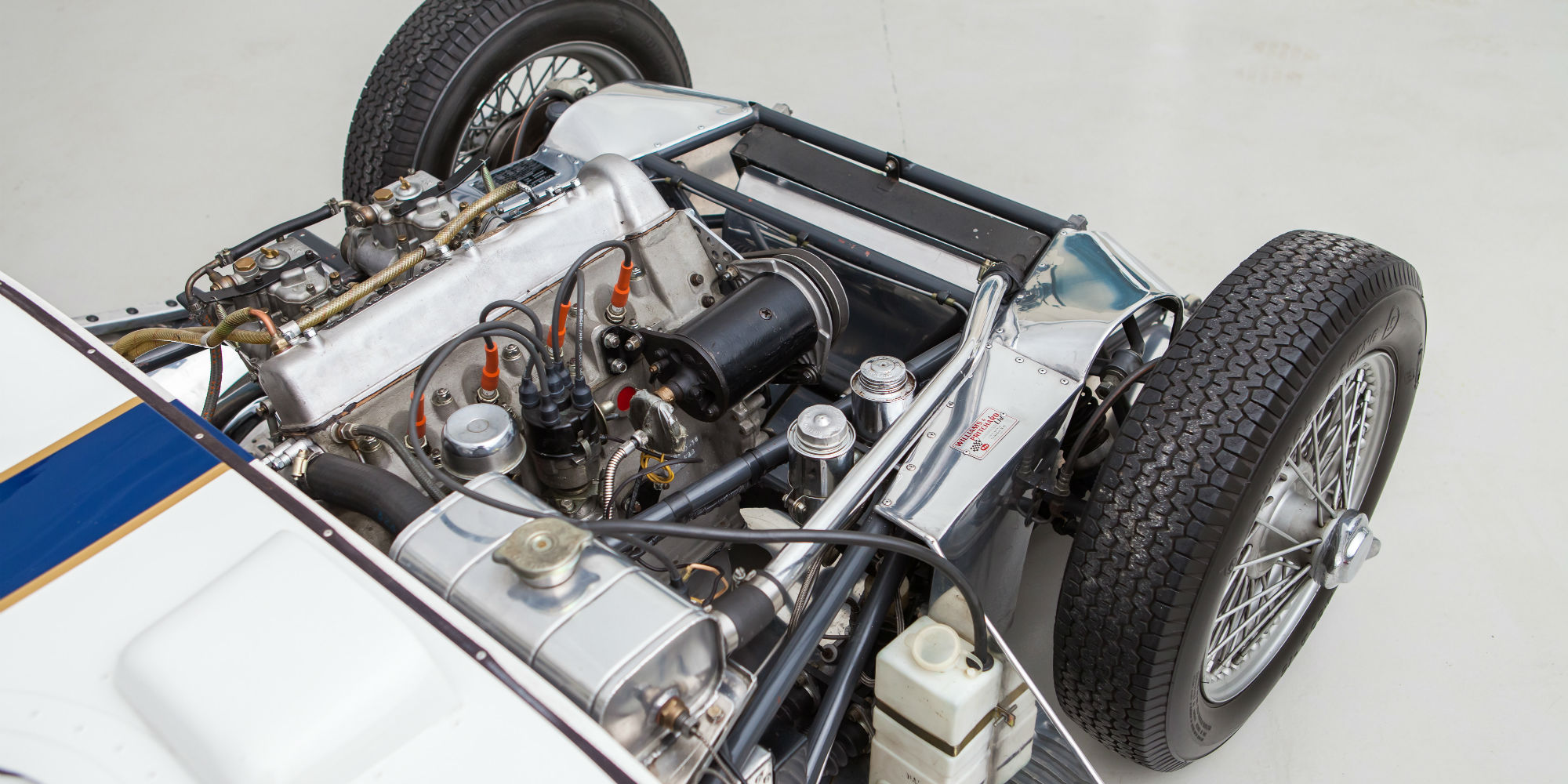 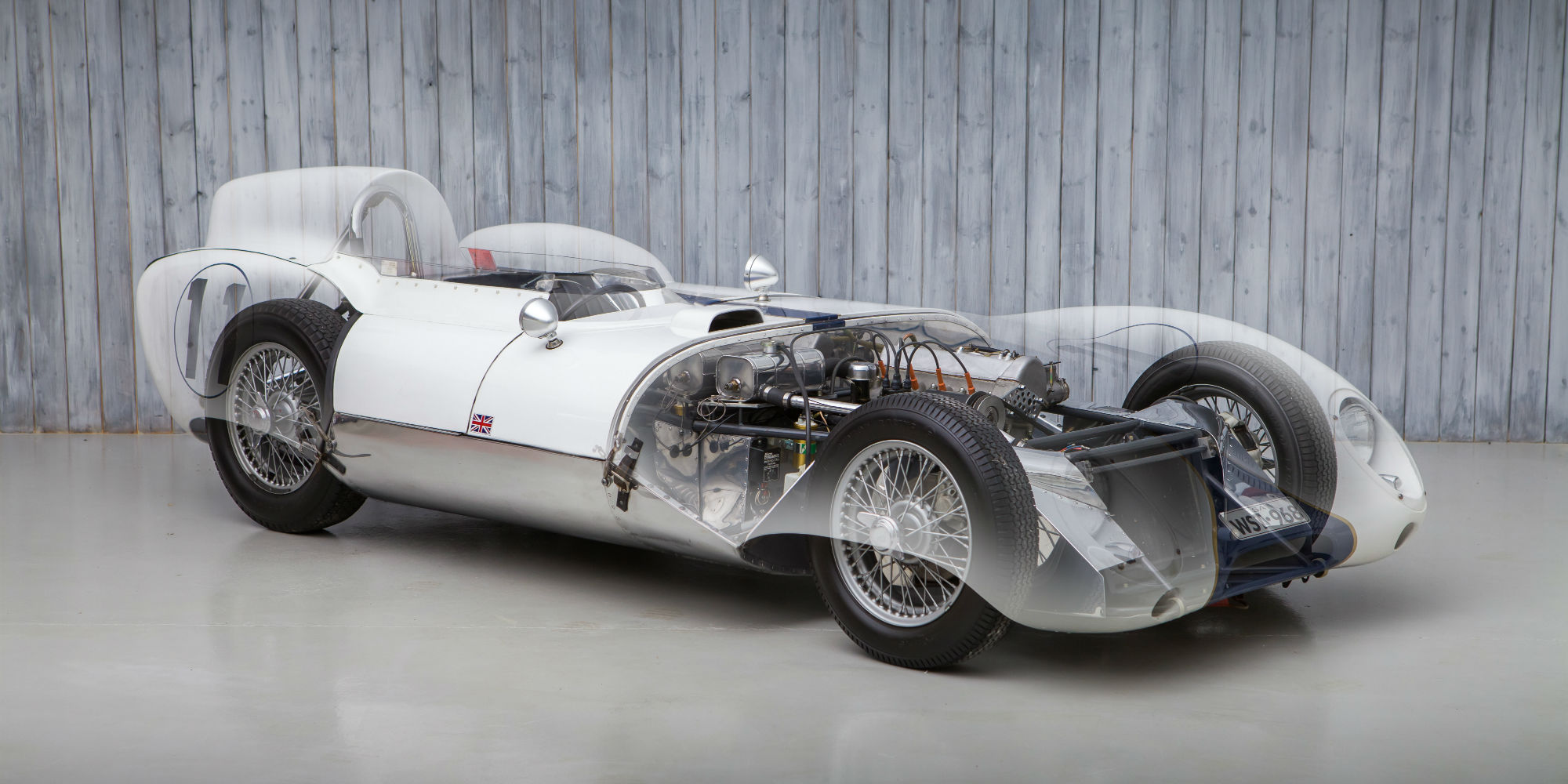 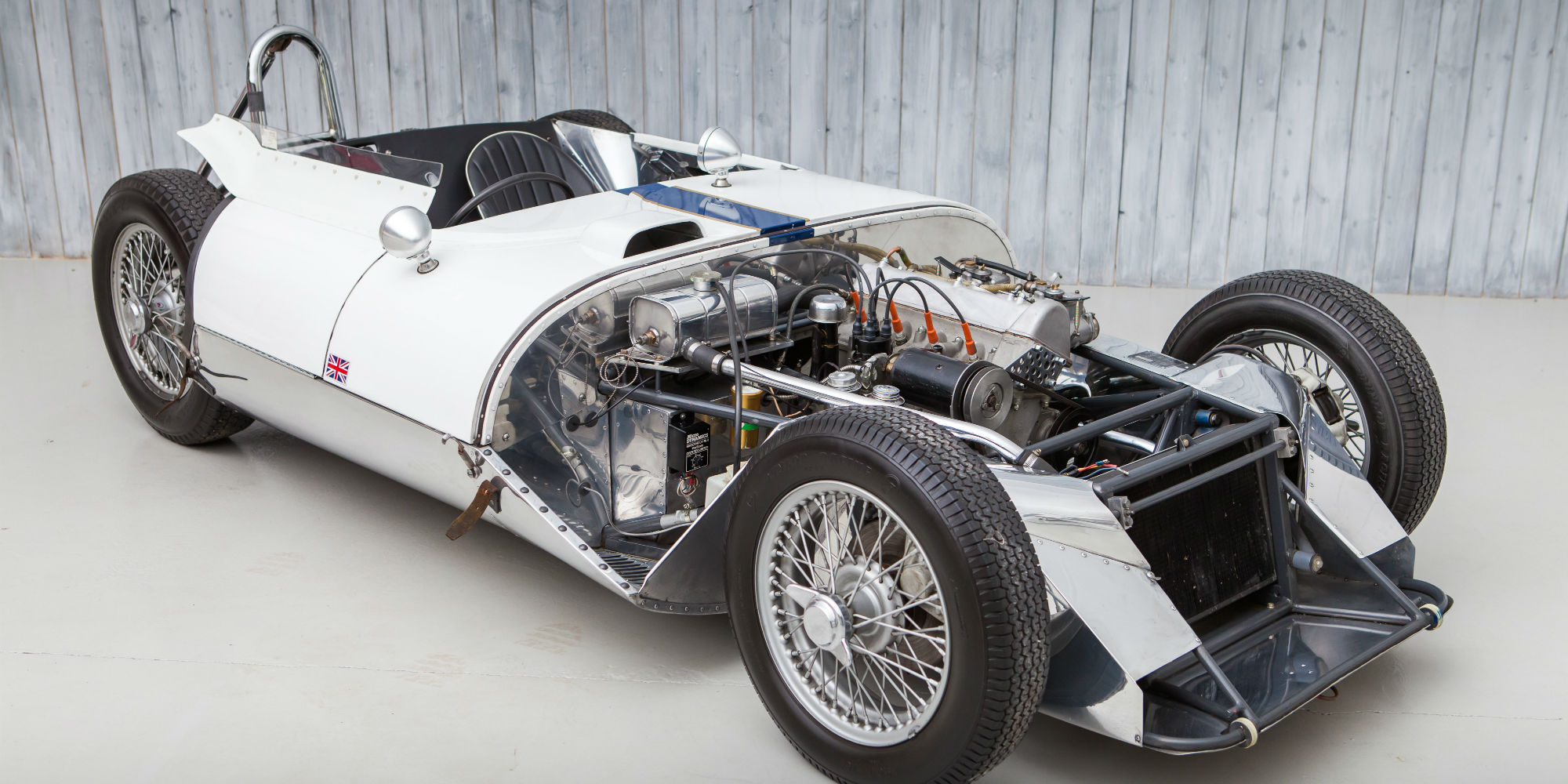 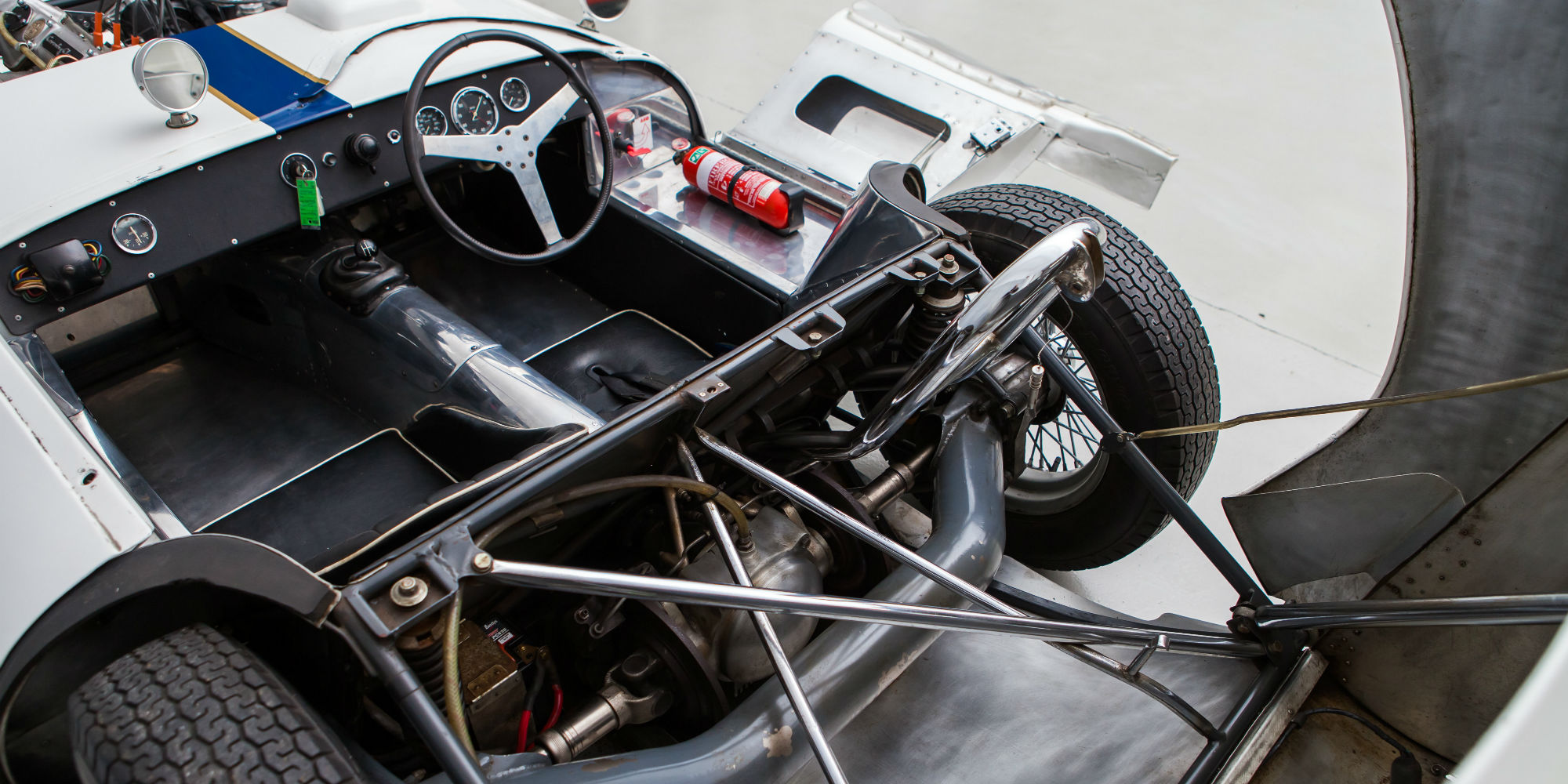 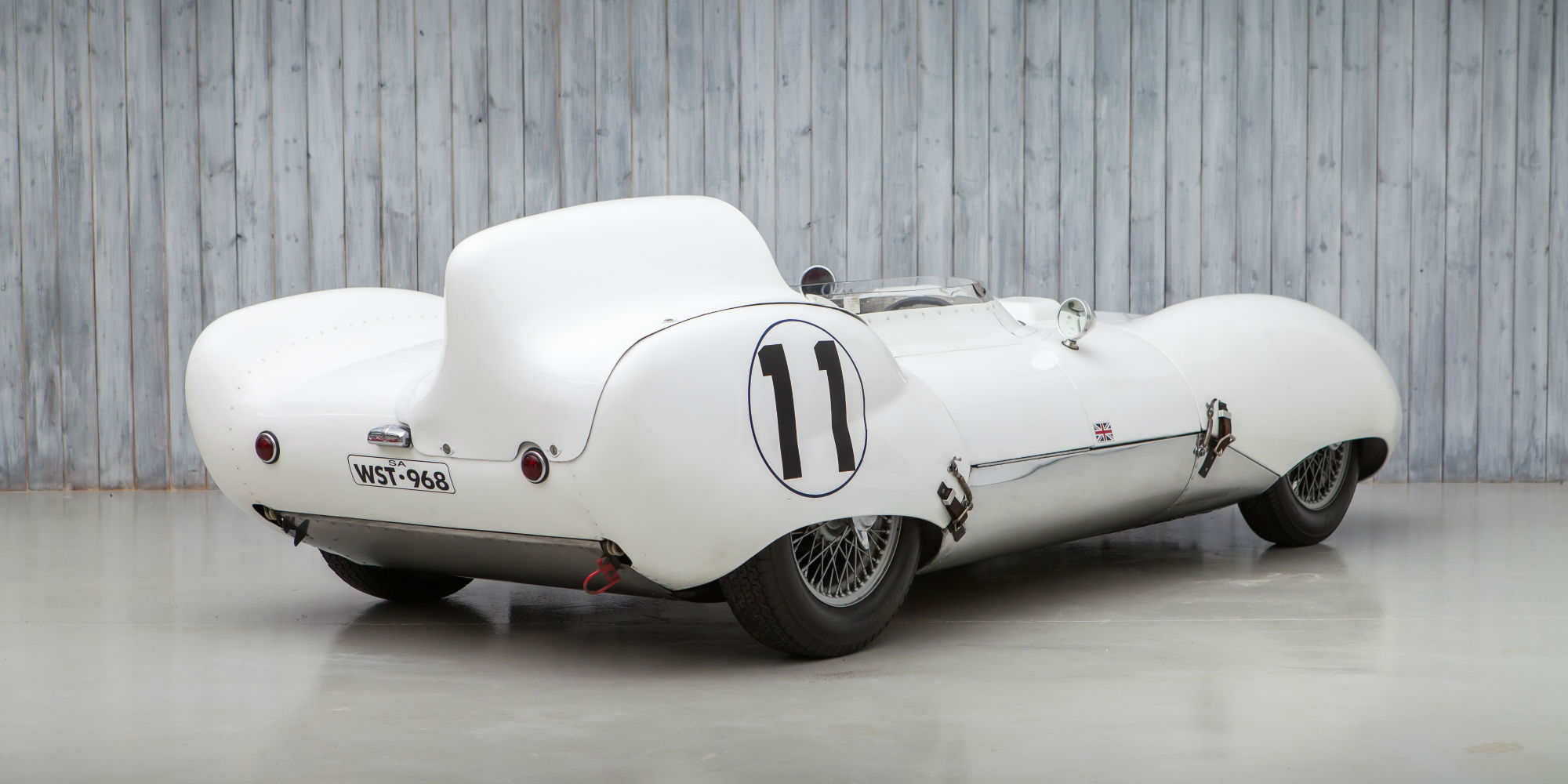 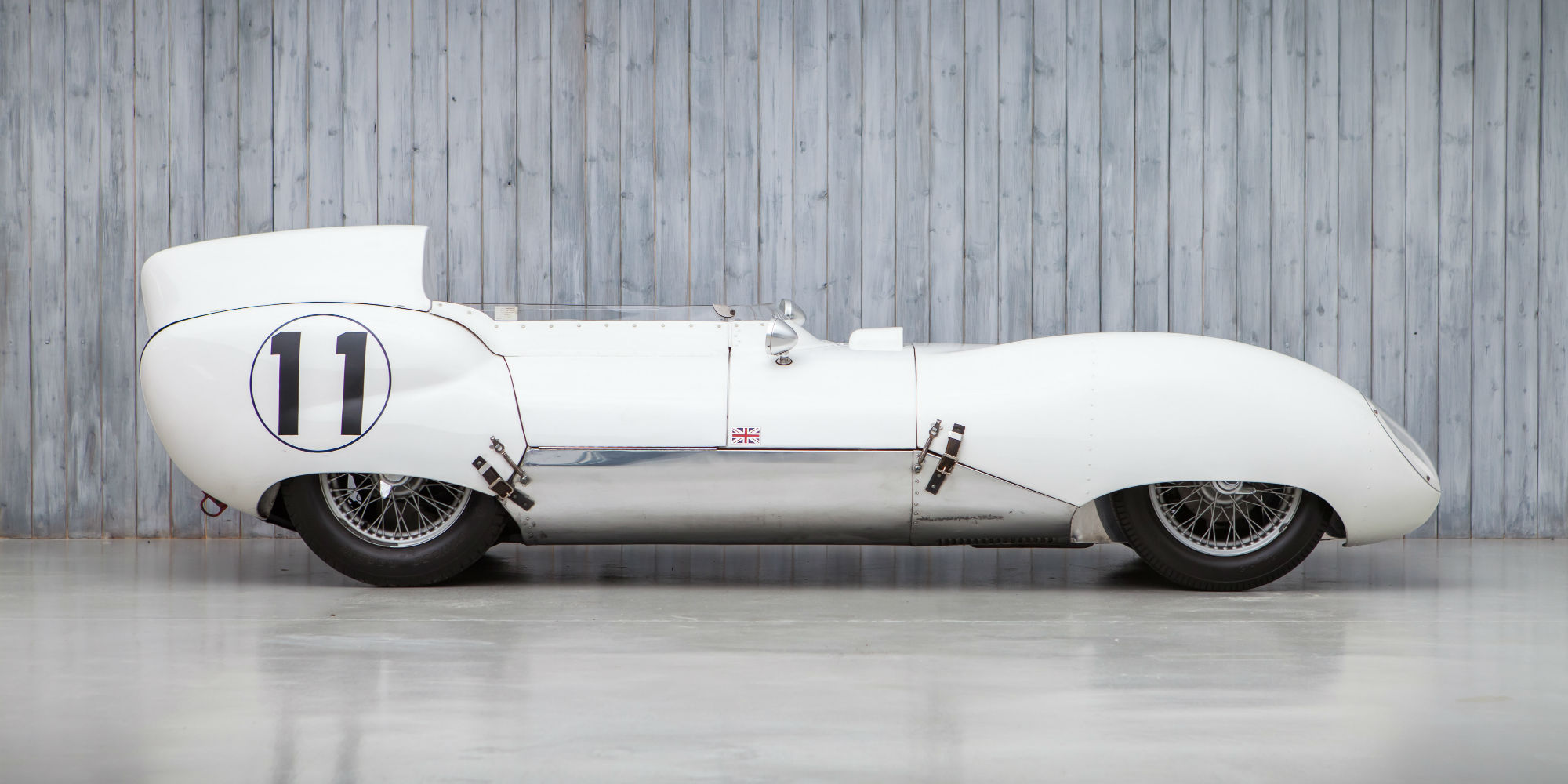 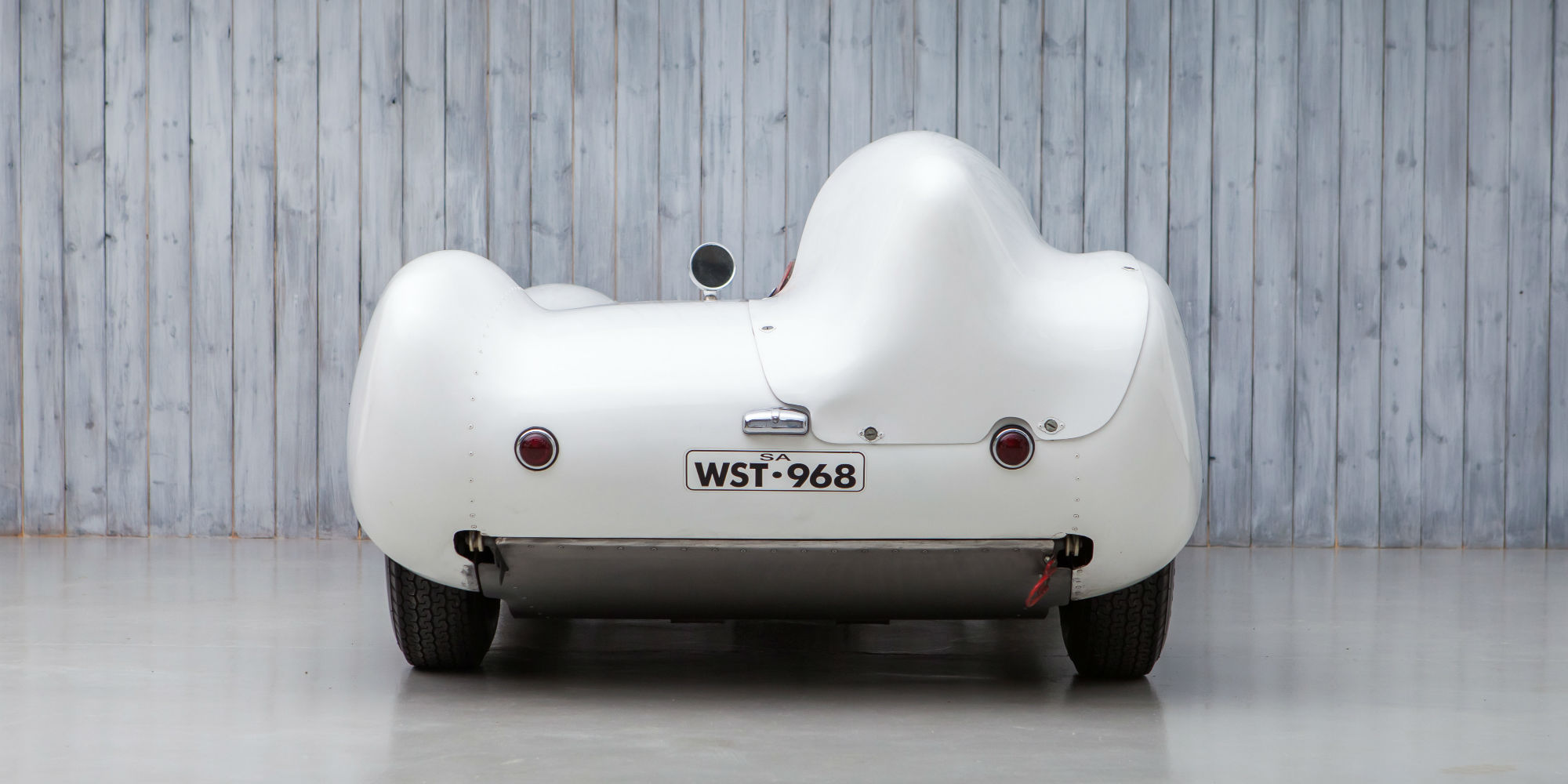 To many, the 1950s saw sports car racing at its most pure, establishing and creating some of the most influential car manufacturers for the decades to follow. By the mid to late 1950s, the tides of sports car design were starting to turn and pave the way for things to come. As with Formula 1, smaller and lighter was the new direction. This coincided with the arrival of a handful of small English manufacturers who would go on to shape and influence the design of racing and sports cars for years to come.

At the forefront of this revolution was the legendary Colin Chapman and Lotus. Having made his mark with the Lotus 6 he set his sights on dominating the sports car racing scene. He would go on to hone his craft with the attractive Mark 8,9 and 10; which were all derived in some way from the earlier Mark 6. It wasn’t until the arrival of the iconic Lotus Eleven in 1956 that he truly stamped his mark on the racing world.

During its production from 1956 through to early 1959 the Lotus Eleven became one of the most prolific racing cars of its time, dominating its class not only in the UK and Europe, but throughout the motor racing world. Such was its success that not only did it establish Colin Chapman and Lotus Engineering Co. Ltd. as a serious manufacturer of customer production competition cars, but it also allowed them to go on to repeatedly turn the Formula 1 and sports car racing world on their respective heads for the decades to come.

The Lotus 11 was a success from the start. With its lightweight multi-tubular space-frame chassis, stiffened by riveted stressed aluminium panels, it optimised all of Chapman’s ethos for design – a lightweight chassis coupled with the latest in aerodynamic theory, engine, suspension and brake technologies. The frame alone weighed just 70lbs. Mostly powered by either the Coventry Climax 1,098cc FWA or 1,500cc FWB, they had an impressive power to weight ratio.

The small sports racer was braked by the latest in Girling disc callipers on the front and clothed in a sleek aluminium streamline body designed by aerodynamic consultant Frank Costin. The Eleven was available in the three different guises. The base model was the ‘Sports’, which was had a drum braked live rear axle with a Ford 10 engine. Next up was the ‘Club’, with the same rear axle set up as the Sports but with Climax engine, and the top of the line was the ‘Le Mans’ featuring a De Dion disc braked rear end.

In 1957 after around 150 cars had been produced, Lotus revised some details on the Eleven in the Series 2 model. The main difference, which was usually only on the Le Mans versions, was the front suspension which became double wishbone, as on the new Lotus 12 Formula 2 car, versus the earlier Ford 93E derived swing axle layout. Other revised details on the Series 2 included chassis improvements, a stronger drivetrain and the ability to accept larger engines.

Chassis 547 was completed in 1959 as one of the last Lotus Elevens built, and in fact was the last of three complete Lotus Elevens to leave the factory. Upon completion, 547 was shipped to the USA for first owner Donald Kocmich. Kocmich went on to race 547 in central America, and kept the car for several years until he sold it in 1976 to Richard McGovern.

McGovern also raced 547, and in 1981 when racing at Laguna Seca, he was involved in an accident. 547 was worse for wear. On the way home, 547 then fell off McGovern’s trailer. McGovern ordered a complete new set of body panels from Williams & Pritchard in England, but did not progress any further in repairing the damaged Eleven.

In 1993, Australian Michael Henderson came across the damaged 547 along with the new set of body panels, and bought them. Upon arrival in Australia, a full rebuild was commenced by Herb Ford for Henderson. CAMS (Confederation of Australian Motor Sport) supervised the construction of a new chassis, and the destruction of the damaged original, something which is recorded in the CAMS logbook. A Coventry Climax FWA engine was then installed, and the rebuilt was completed to Le Mans specification with a De Dion rear end.

Henderson then raced 547 himself, before selling it in 1999 to Keith Stammers who also competed with 547 and reportedly kept it in immaculate condition. In 2001, Stammers sold 547 to John Blanden. Blanden went on to race 547 and occasionally with his son Richard at events including the 2002 Australian Grand Prix Historic. In 2003, Blanden sold 547 to the current owner who has kept it as part of his collection since.

Most recently, 547 made the trip to England and has been imported into UK. As it sits today, 547 is fitted with a Coventry Climax FWB engine, number 11428 and is in good running condition. Before taking to the track to continue with 547’s racing ways, we would recommend going through the car, updating the safety equipment and obtaining FIA HTPs.

Renowned for their finger tip handling and light weight, balanced with eminently drive-able power delivery from the Coventry Climax FWB, a Lotus Eleven is a joy to behold. 547 would be a great choice once race prepared once more for the Stirling Moss Trophy, GTSCC, Gentleman Drivers, Sixties Endurance, Le Mans Classic, Goodwood and more, while being very enjoyable on the road.