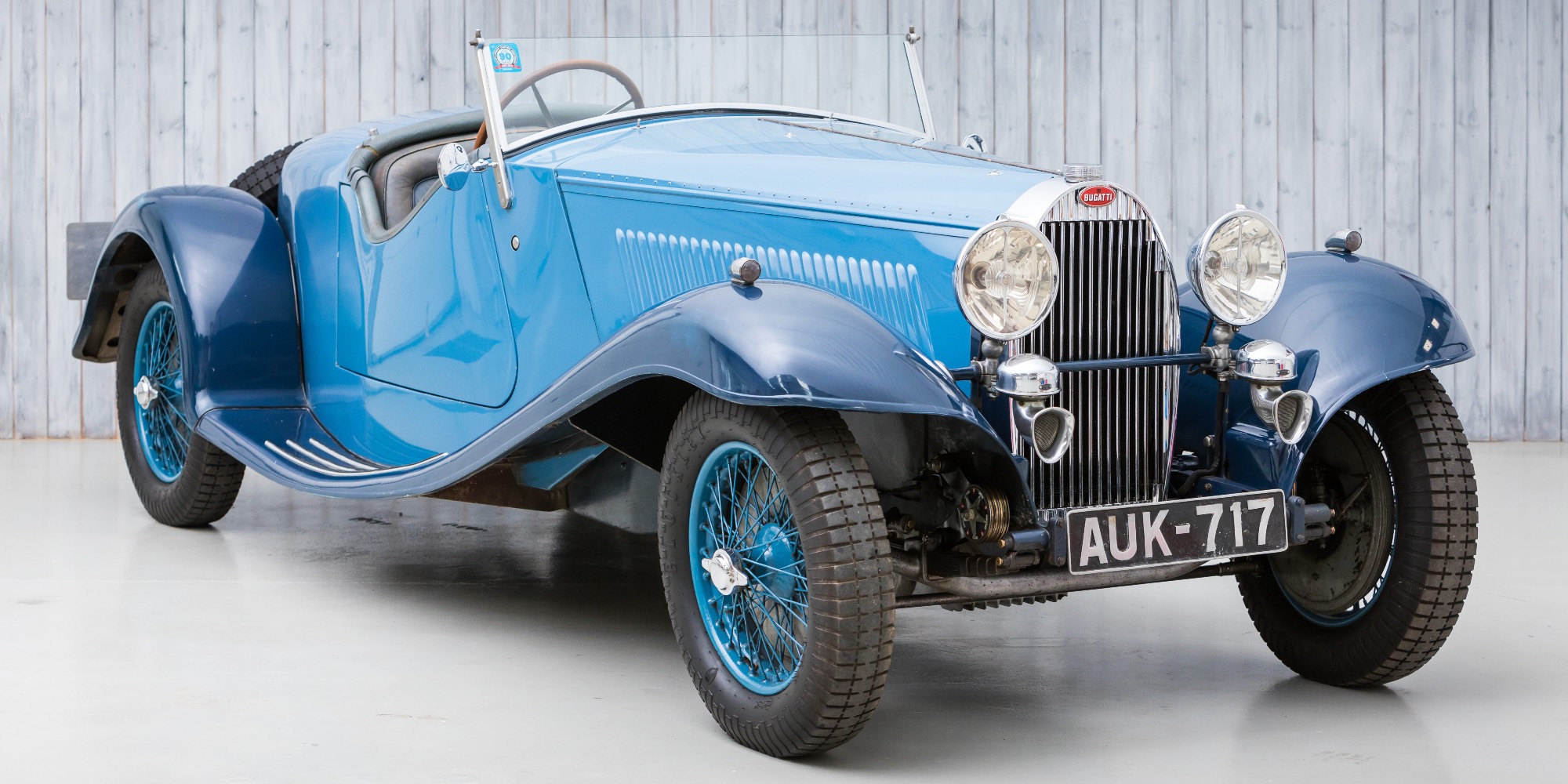 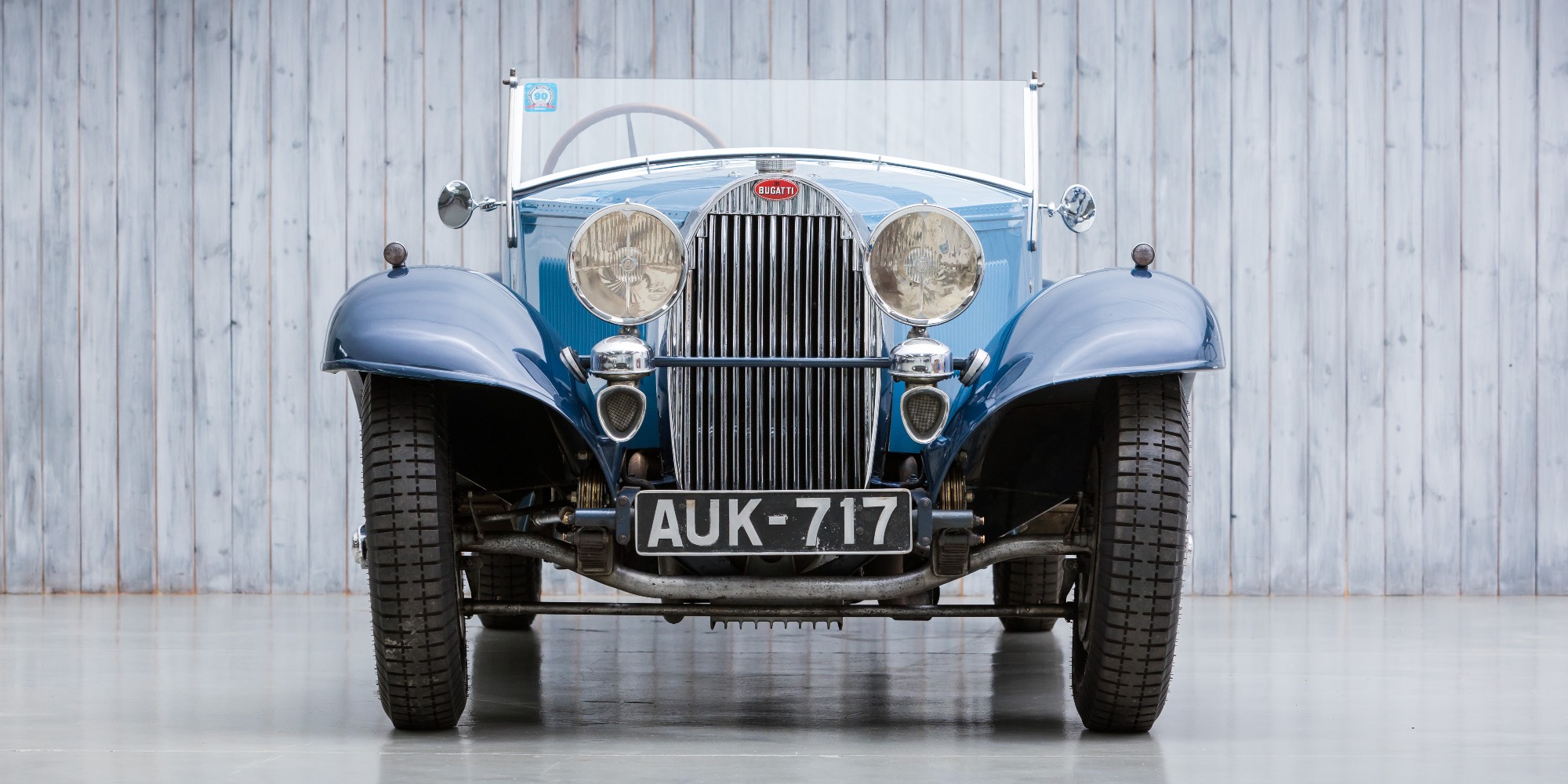 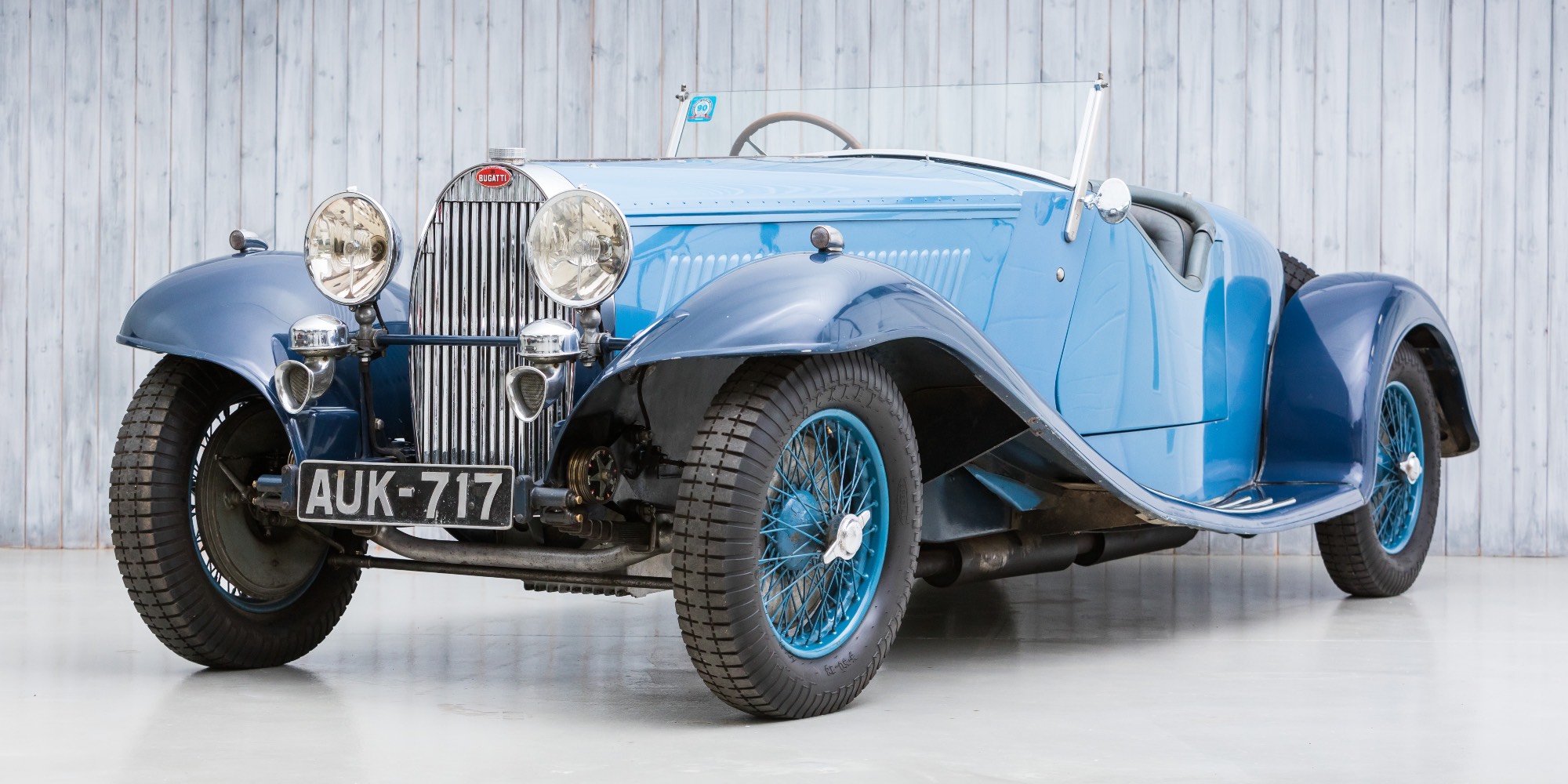 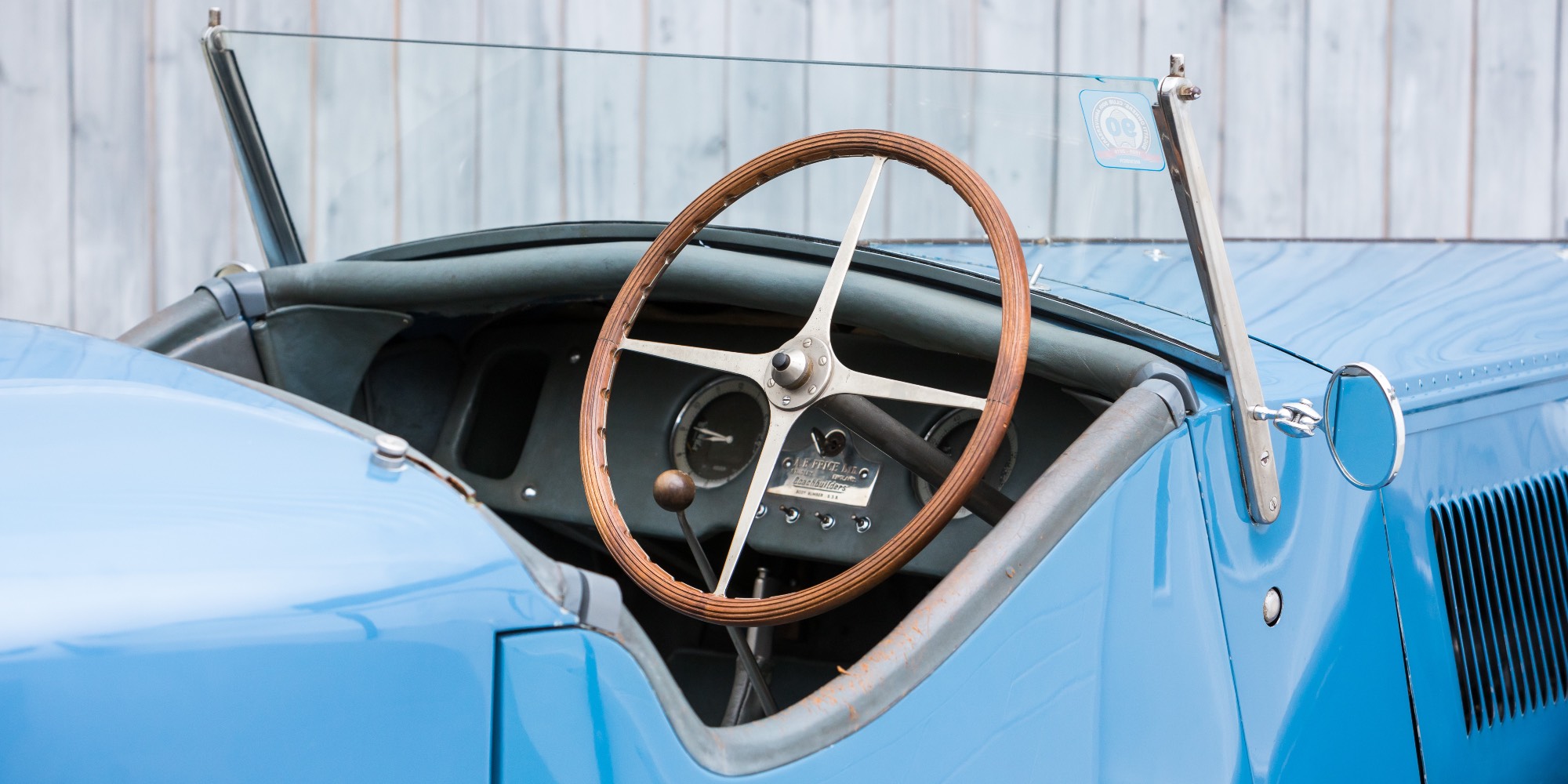 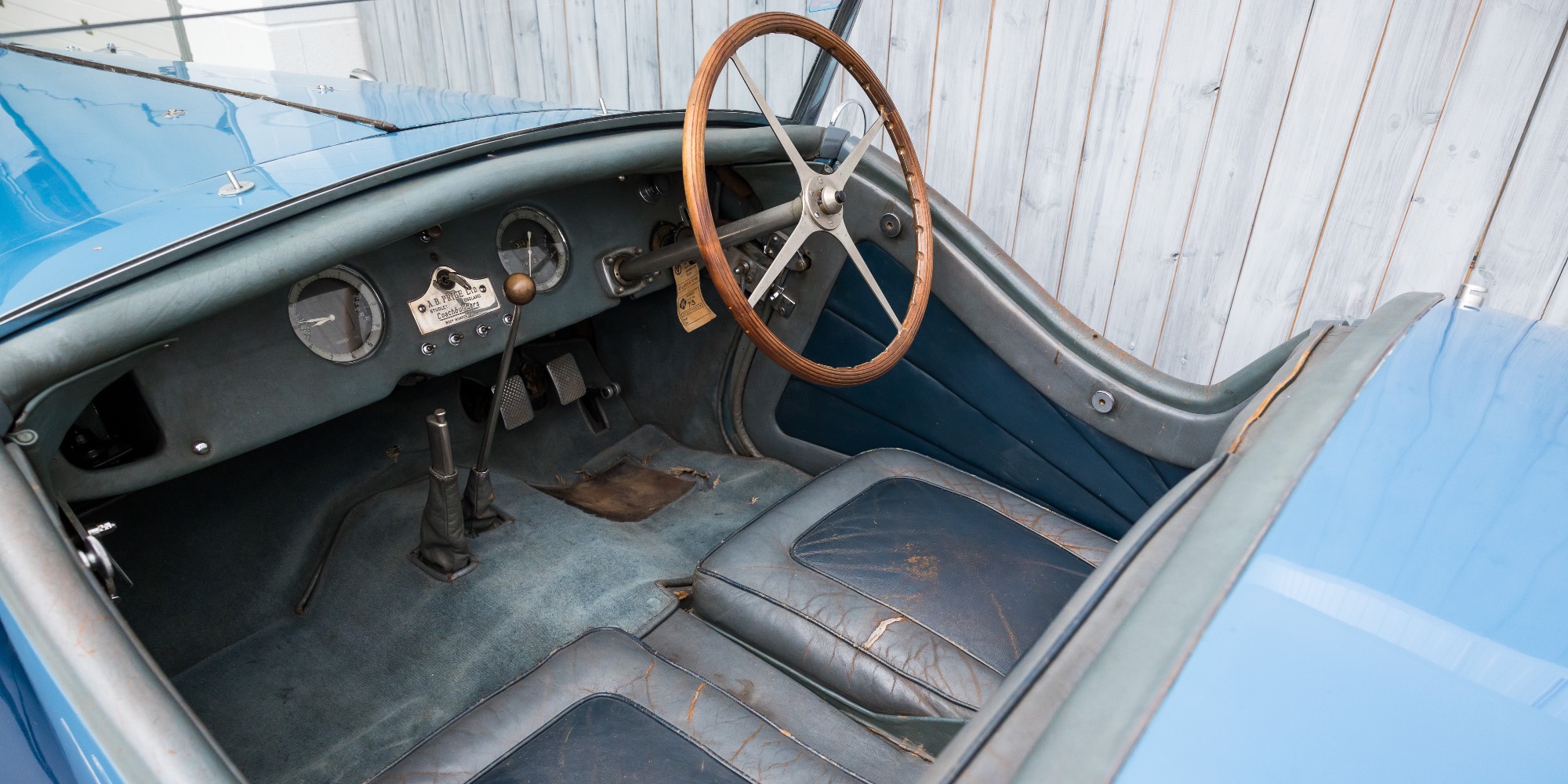 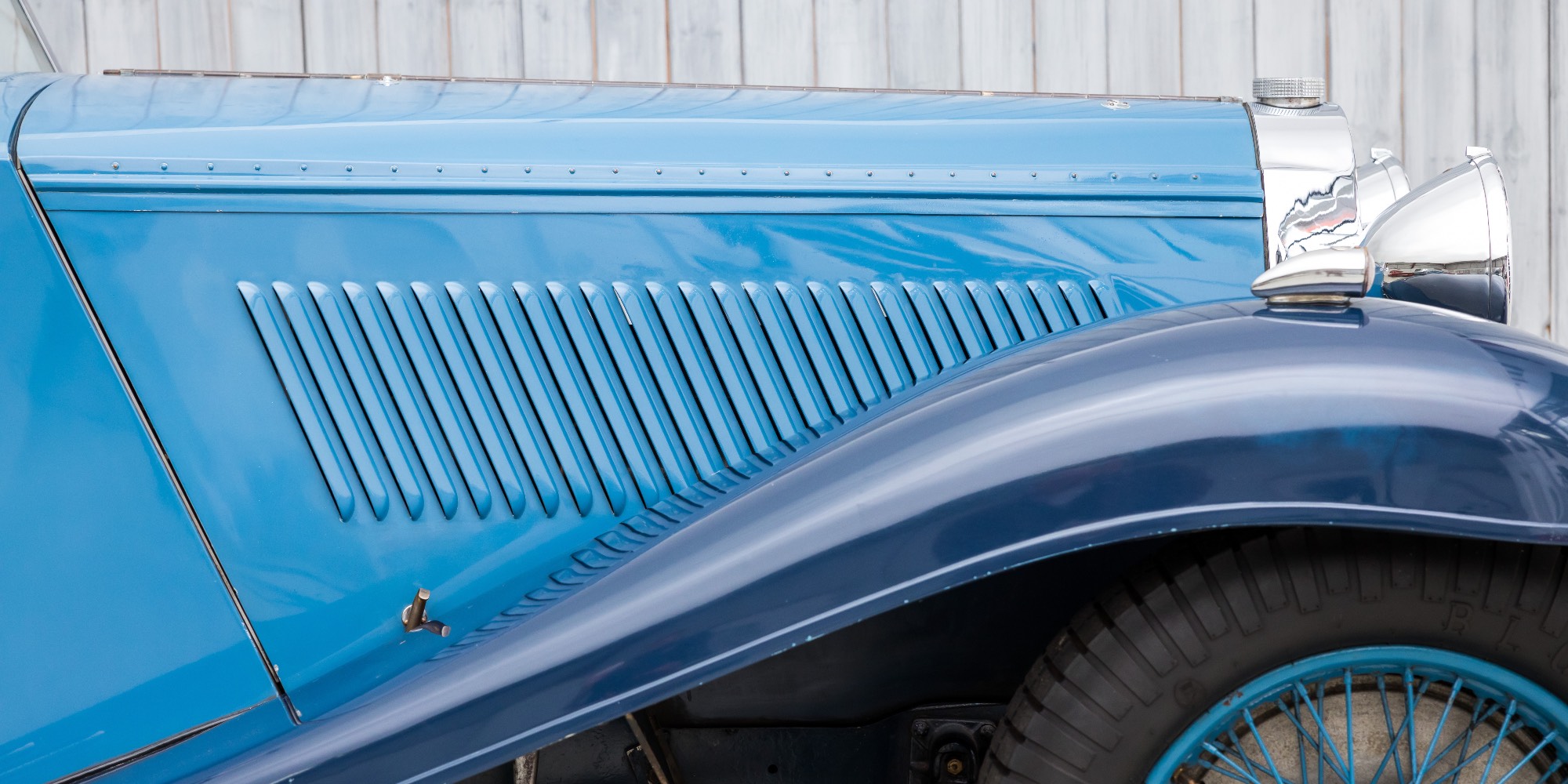 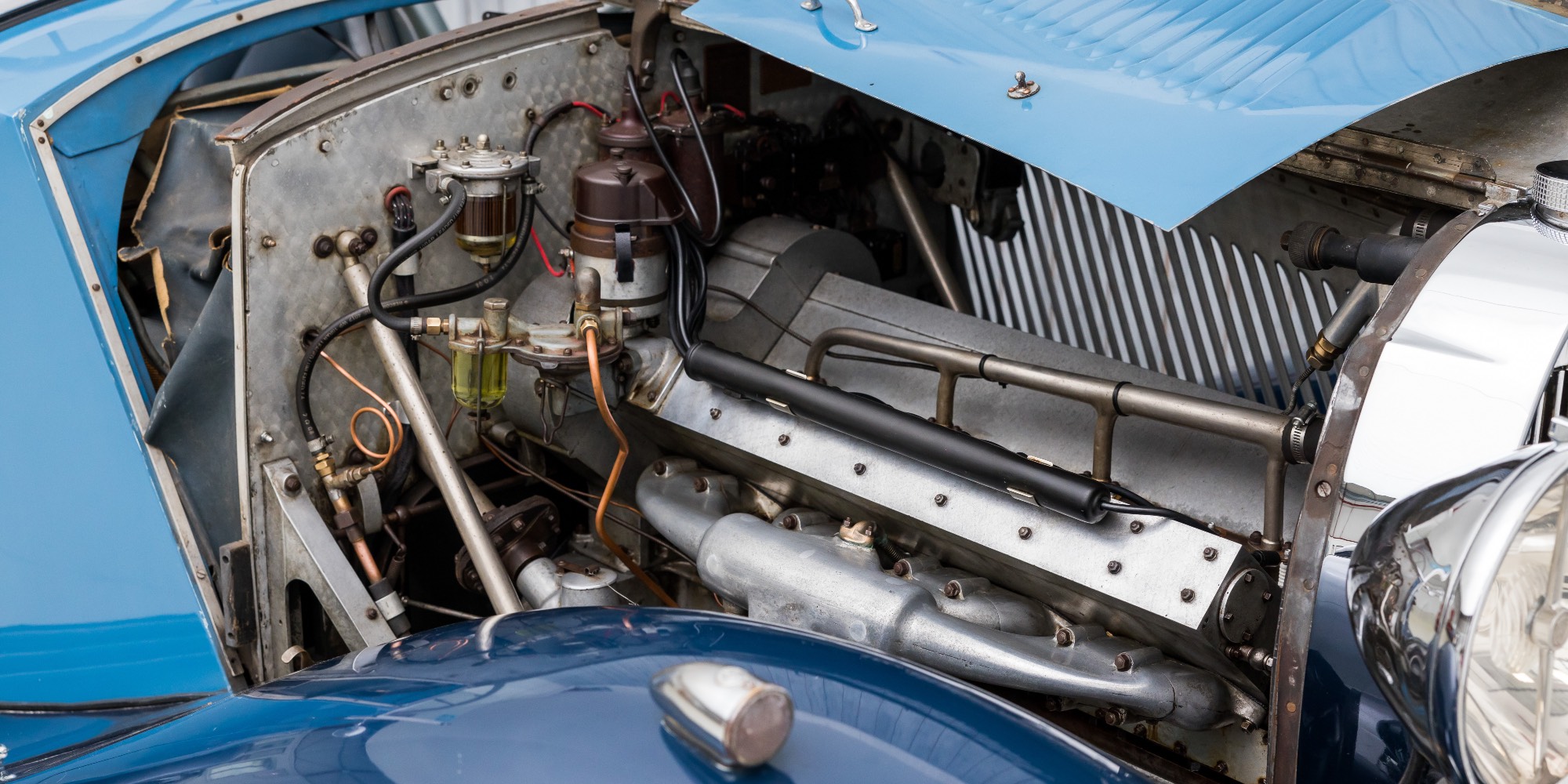 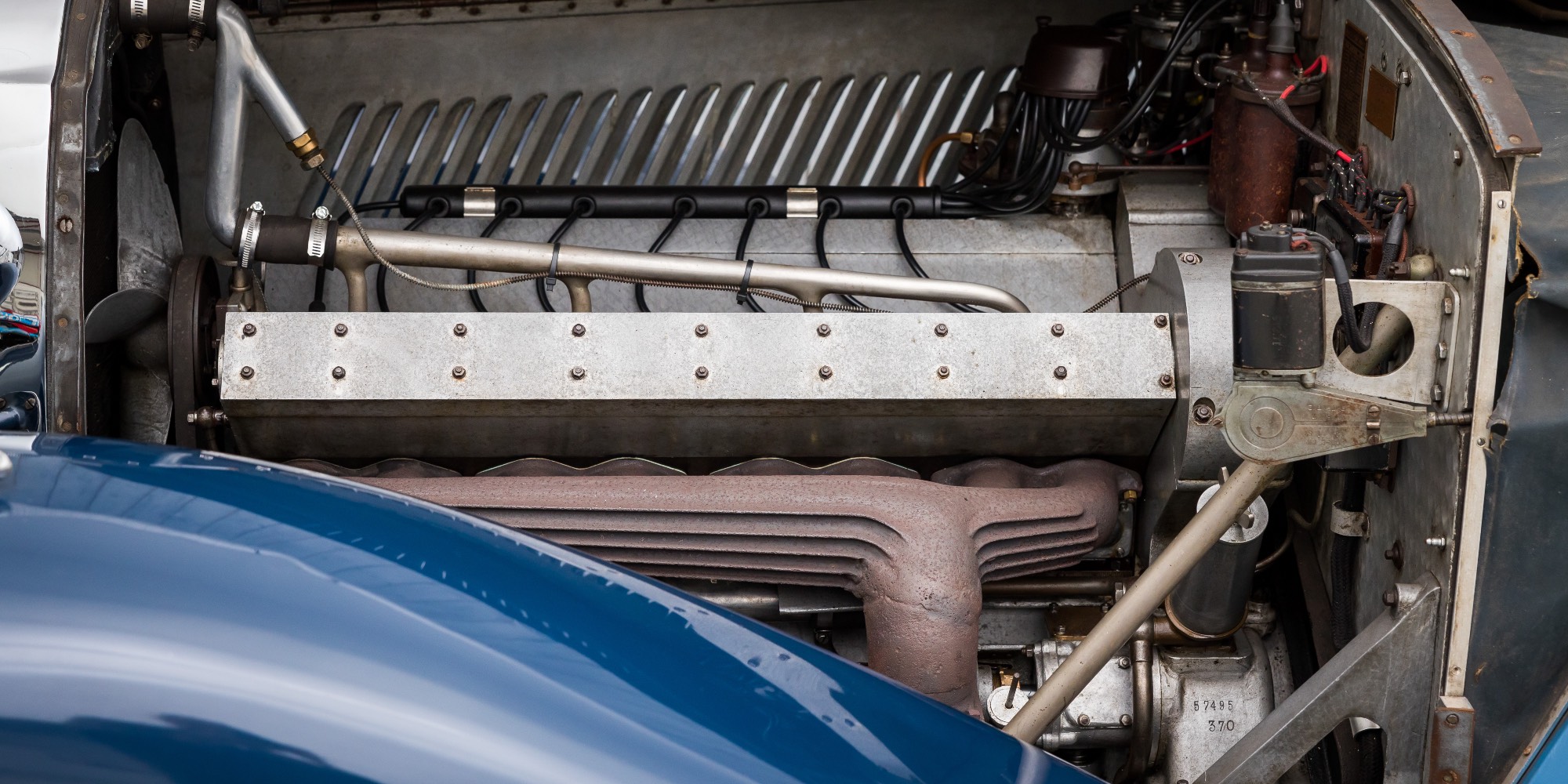 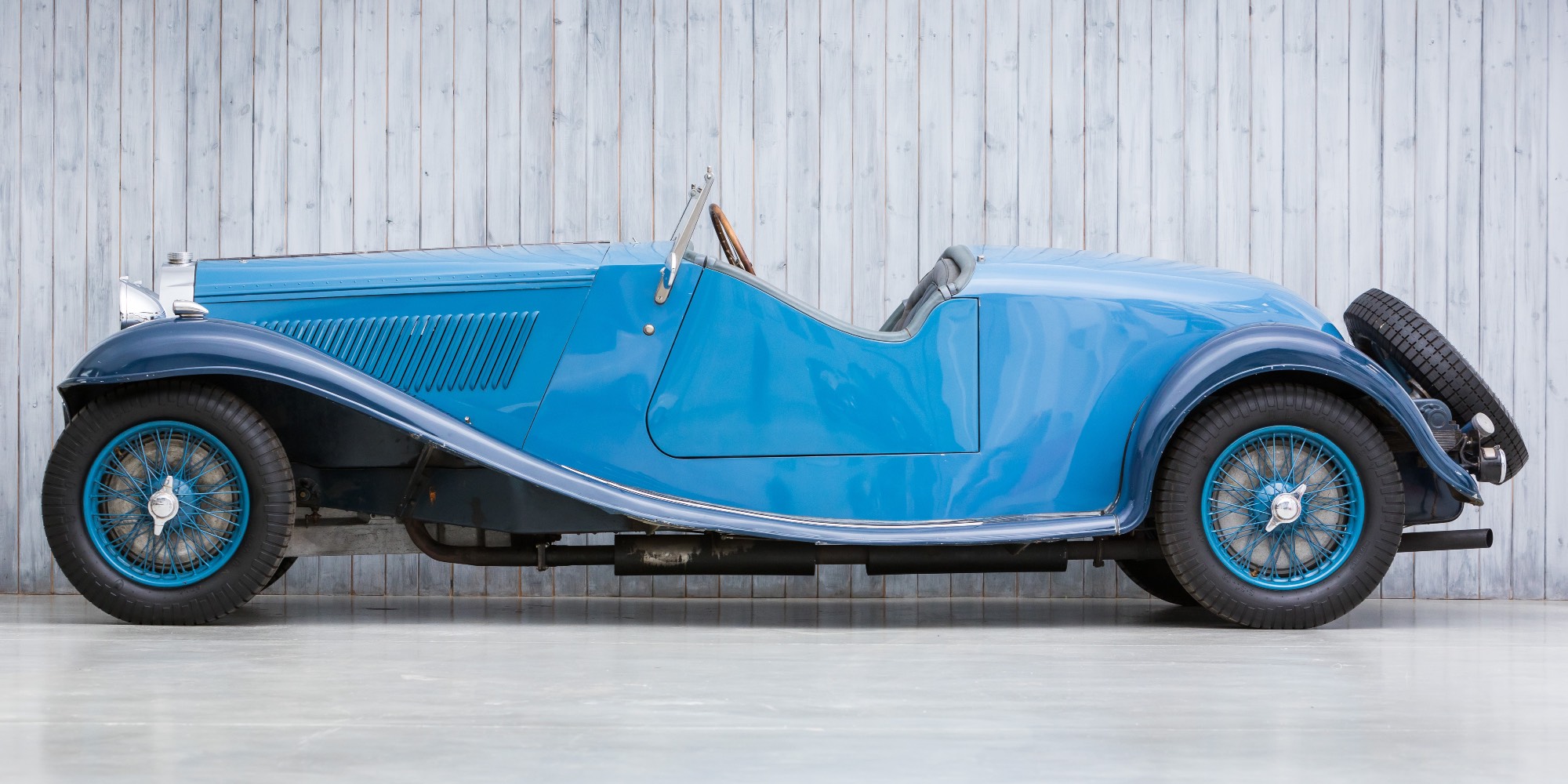 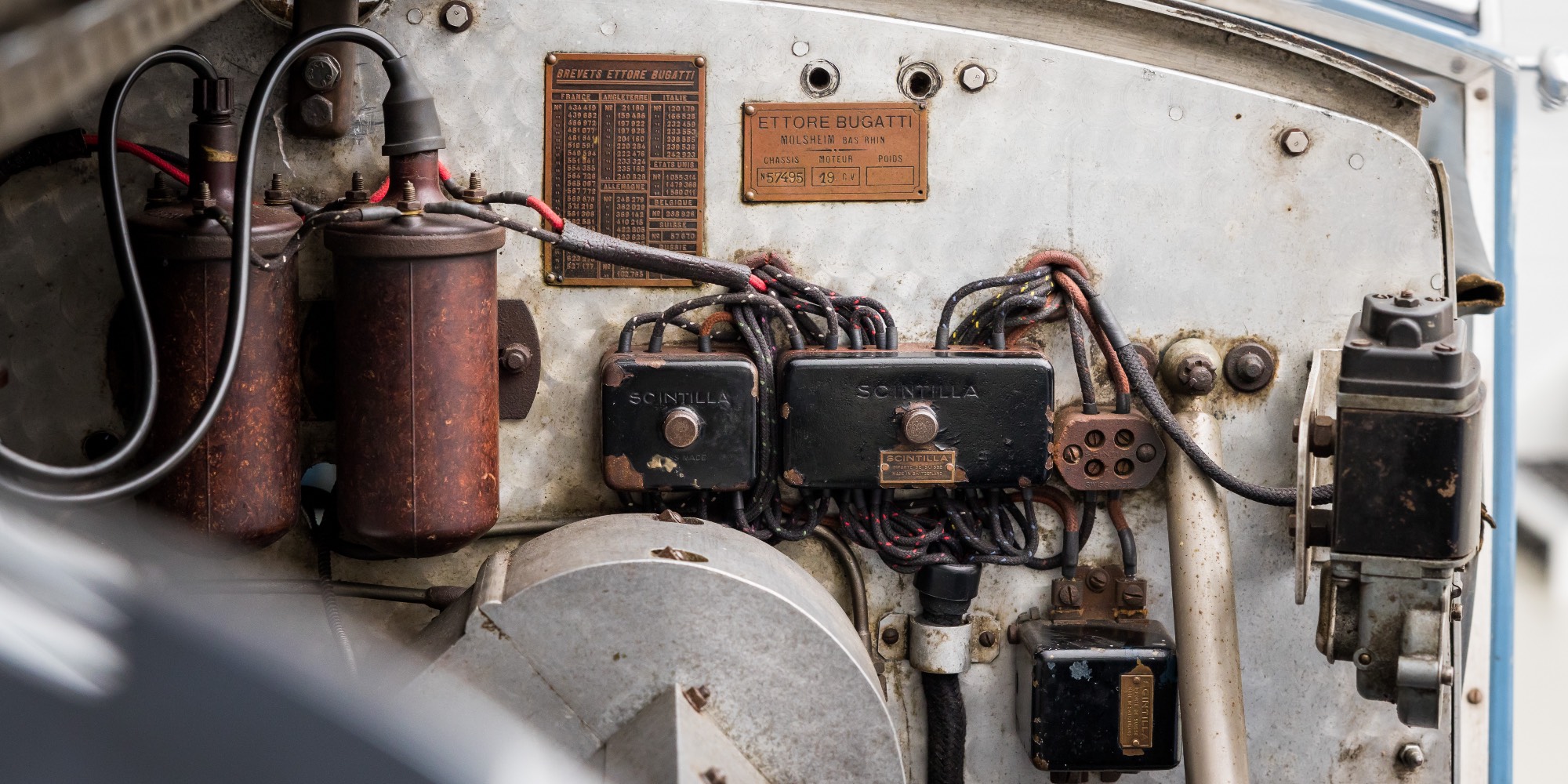 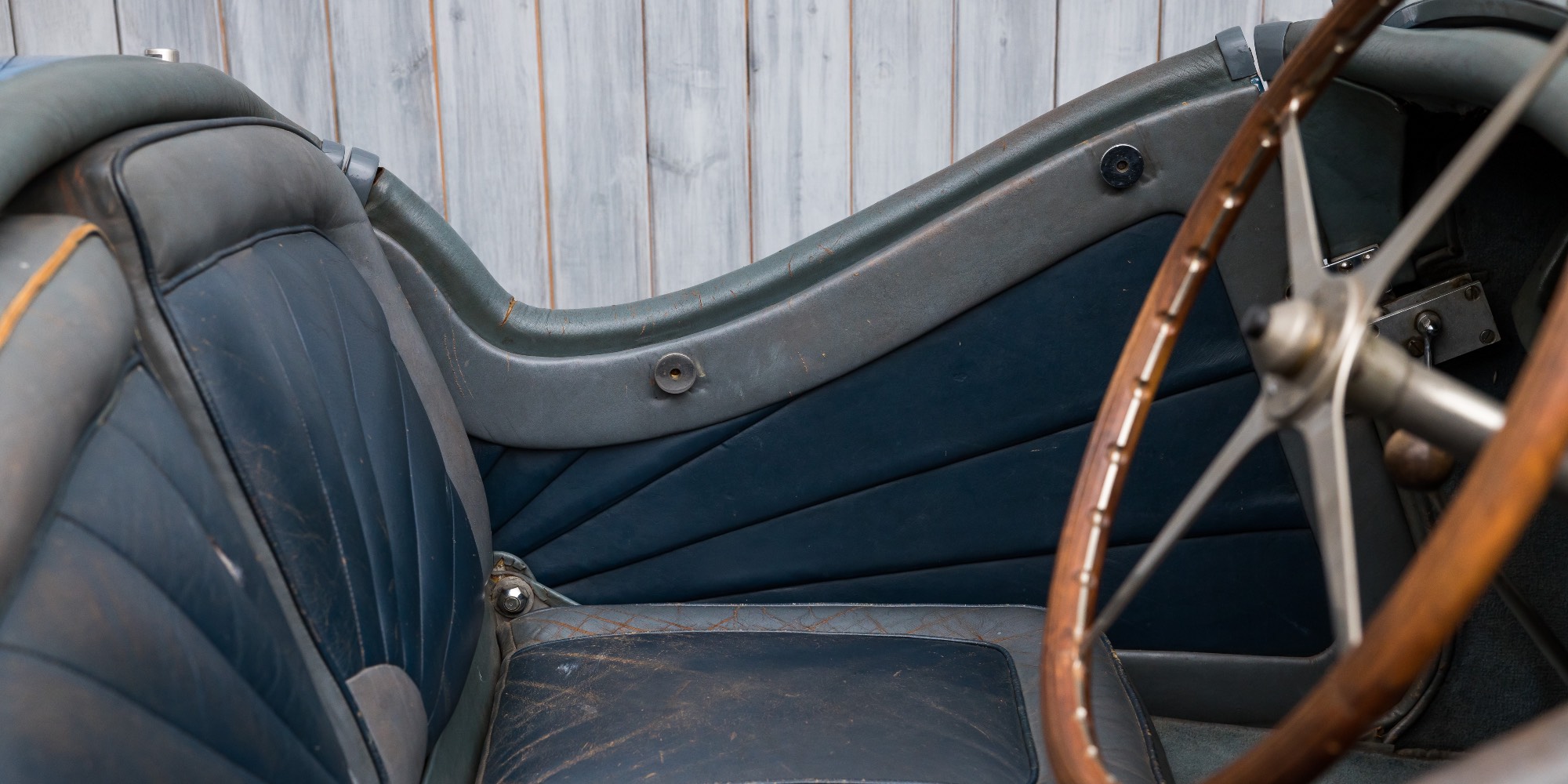 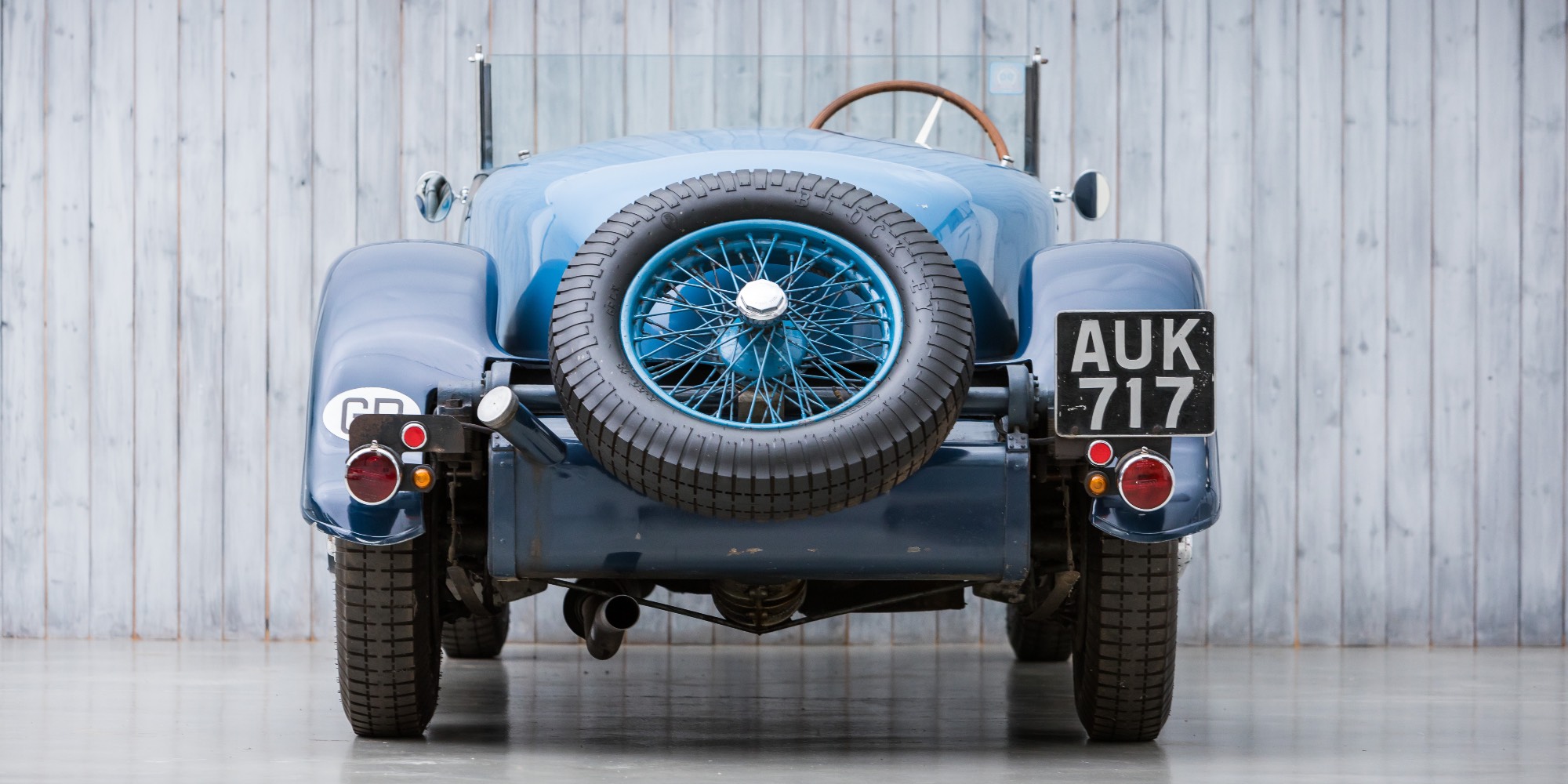 The Bugatti Type 57 is arguably the ultimate touring Bugatti, bringing together Ettore’s years of engineering experience with the flair for design and styling of his talented son Jean. By the time of its launch in 1934, Bugatti was one of the most reputed and revered names in the automotive industry. Dominant on the glamorous race circuits of Europe and the sports and touring car of the rich and elegant, the Type 57 would give us some of the most stylish and iconic coach-works of all time.

The Type 57 broke cover in early 1934 and was shown at the Paris Salon in October. Although work had started on the car the year before, efforts at the time had been directed towards the new twin-cam 3.3-litre Type 59 Grand Prix car, the engine of which has close links with the Type 57. Some of the early drawings for the Type 57 were even dated 1932.

Much of the credit for the Type 57 is down to Ettore’s talented son, Jean. By now an integral part of the company he had already demonstrated his flare for design with his work on the Royale and Type 55. He designed four bodies for the Type 57 the Ventoux, Stelvio, Galibier, Atalante and the iconic Atlantic. He was also an accomplished engineer with the first two prototypes of the Type 57 featuring his independent front suspension designs. A feature that was vetoed by his father who was more of a stickler for the traditional and insisted ‘a Bugatti was to have a proper front axle.’

Powered by a straight-eight cylinder, twin-overhead camshaft, 3.3-litre engine, which in standard un-supercharged form  produced 135 bhp. This, combined with its strong and light chassis design, equated to about 100 bhp per tonne allowing the Type 57 in standard four-door saloon configuration to achieve a mean top speed of 95mph, a maximum of 105mph and to accelerate from 10-60 mph in 14 seconds. Bearing in mind that Motor Sport at the time deemed the performance of the Humber Snipe as ‘highly satisfactory’ with its top speed of 77mph 10-60 mph in 25 seconds; it is easy to see why Sir Malcom Campbell, who himself owned a Type 57 wrote: ‘If I was to be asked to give my opinion as to the best all-round super-sports car which is available on the market today, I should, without any hesitation whatever, say it was the 3.3 Bugatti … it cannot fail to attract the connoisseur or those who know how to handle the thoroughbred. It is in a class by itself.’

The Type 57 featured an integral gearbox with a ball change and constant-mesh helical gears for silence. The chassis was Bugatti’s time proven tapered ladder style, with full springs at the front and the Bugatti trademark quarter elliptical at the rear. The brakes were large with cable operation, although the third series cars featured hydraulic brakes. The 57 was built in three series the first series from 1934-1936, the second from 1936 and the third and final from late 1938.

This car, chassis 57495 was invoiced to Bugatti’s London based dealership managed by Colonel Sorel on the 5th of February 1937. Fitted with engine 370 and registered AUK 717, both of which it retains to this day. It was presumably sold as a rolling chassis as so many Type 57 were, to be bodied by a coach builder of the buyer’s choice.

Sold to its first owner, Mr. Butler of brewers W Butler and Co. of Wolverhampton. He commissioned Wolverhampton based coach builders Charles Clark and Sons to fit the car with a six light four door saloon body. Established in 1843, Charles Clark and Sons initially produced carriages and carriage wheels. Later becoming Austin agents they went on to producing elaborate coachwork for Rolls Royce and cars alike in the 1930’s, before being acquired by the Rubery Owen Group, of BRM fame, in October 1953.

During the war or just after it is believed that the original body was removed and a more utilitarian body was fitted.

57495 appears to have done relatively little mileage during Mr. Butler’s ownership having only covered 13,000 miles when it was sold by the Butler estate after his death in the 1960s.

57495 was purchased by Margret Price wife of Bugatti collector, former Chairman of the Bugatti Owners Club and Bugatti Trust founding member Barrie Price in 1971. Barrie was a a well known and well liked figure in the Bugatti world. An engineer, he spent over 55 years in the motor industry. He was mainly associated with the name Lea-Francis having acquired the assets of the company after it ceased automobile manufacture. He rans a spares, repairs and coachwork business dealing with Jaguars, Bugattis etc. and around 1980 was involved, with Peter Engelbach, in the production of a new Jaguar engined Lea Francis.

He owned various Bugattis over the years including a Type 35, two Type 57s and the iconic Atlantic 57SC, which is now owned by Ralph Lauren. Upon taking ownership of 57495 the decision was made to restore the car back to a rolling chassis and fit the new sporty open two seat tourer that remained on the car today. Built by Barry Price Ltd. as detailed on the plaque in the car the body, not only took inspiration from Jean Bugatti’s designs it also took inspiration from the wing line of a friends Type 57 Galibier Saloon.

Barrie and 57495 were regular attendees at Bugatti Owners Club Events from the early 1970s. First competing at the Prescott hill climb in 1973, he also used the car on numerous International Bugatti Rallies both here and on the continent. During his ownership he had the engine rebuilt, with the block being rebored, the radiator was recored by John Underwood of Star Engineering, but bar the fitting of a Borg and Beck clutch and Hartford Shock absorbers (the original adjustable ones remain with the car), 57495 has remained remarkable to its original chassis specification. In fact, apart from the change of bodywork, 57495 has remained completely matching numbers. With a well known history from new and no record of any accidents it has remained wonderfully complete.

In more recent times, 57495 has been passed to another member of the family and has been used sparingly. Today 57495 offers the rare chance to acquire such a well known and usable Type 57, still in the same family ownership for over 50 years and in what most likely is remarkably only the second family ownership from new.