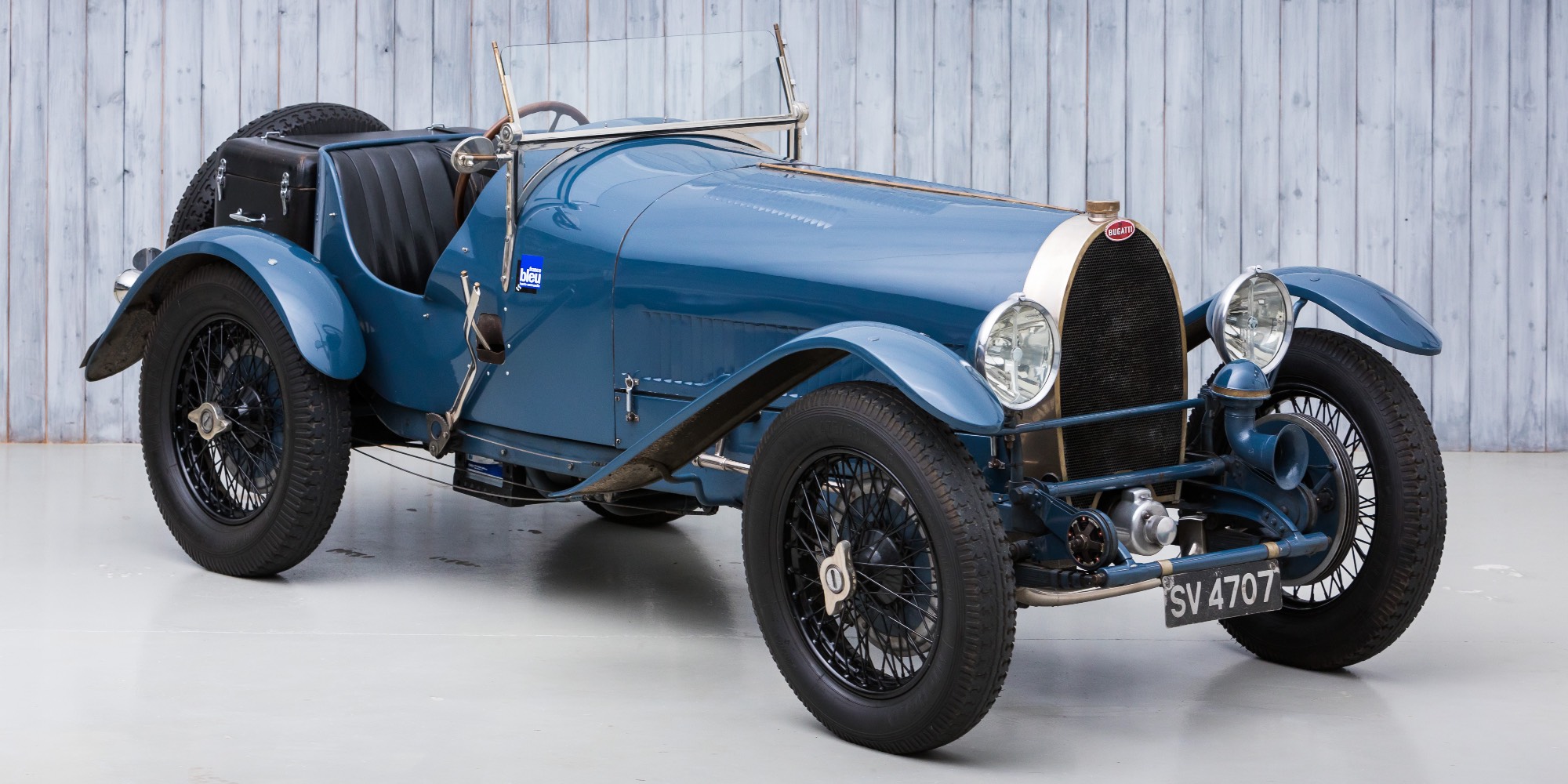 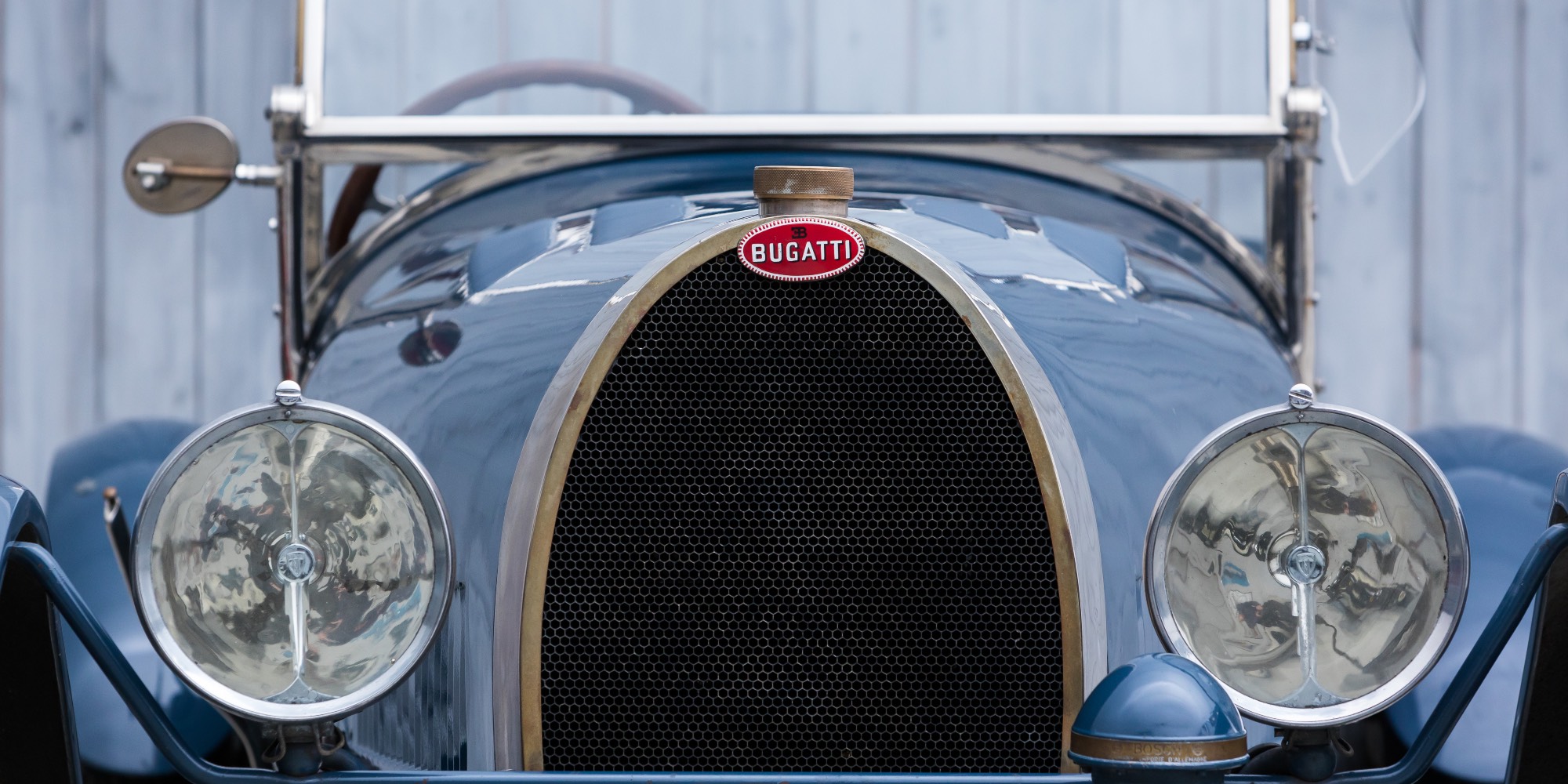 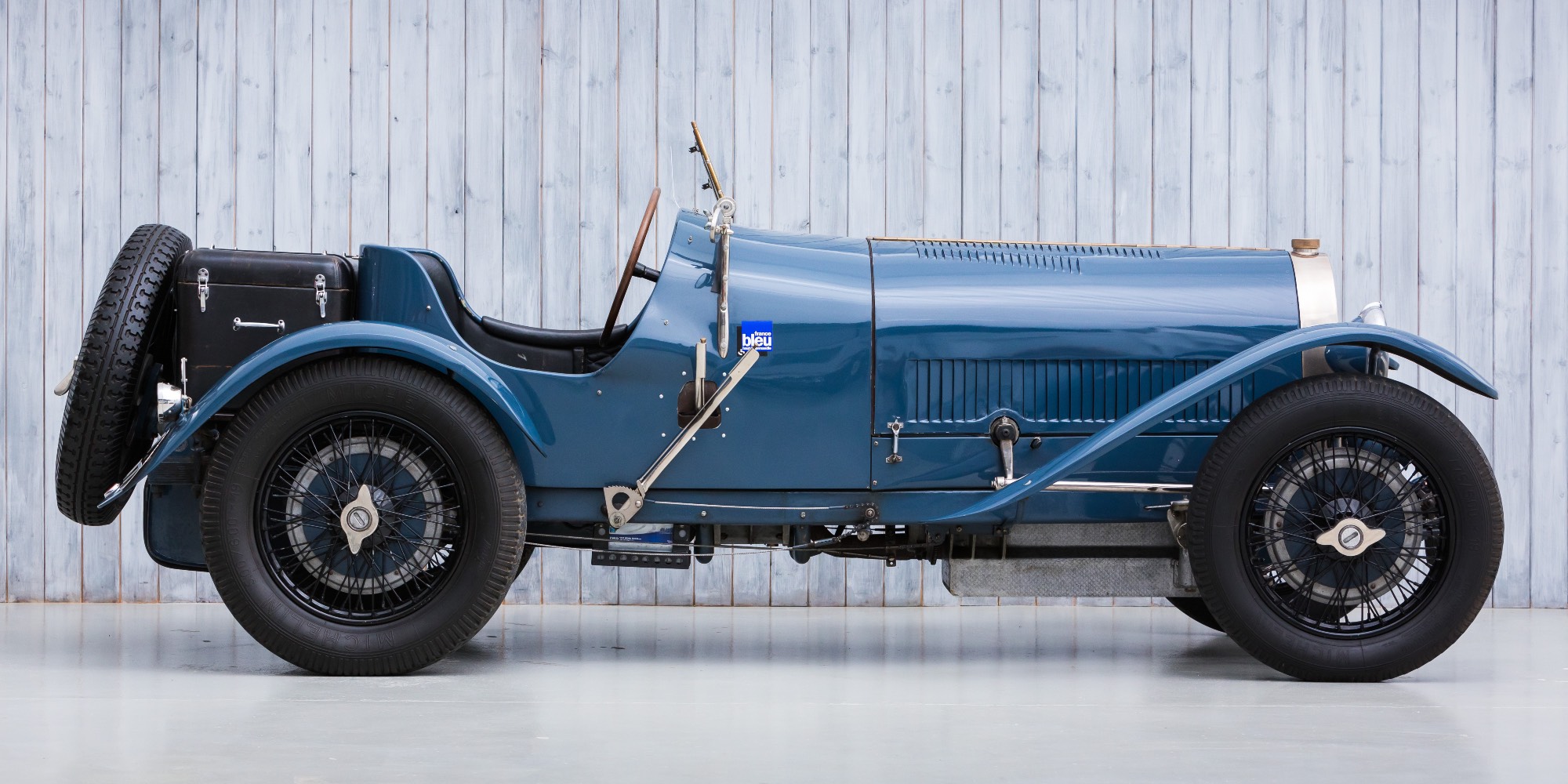 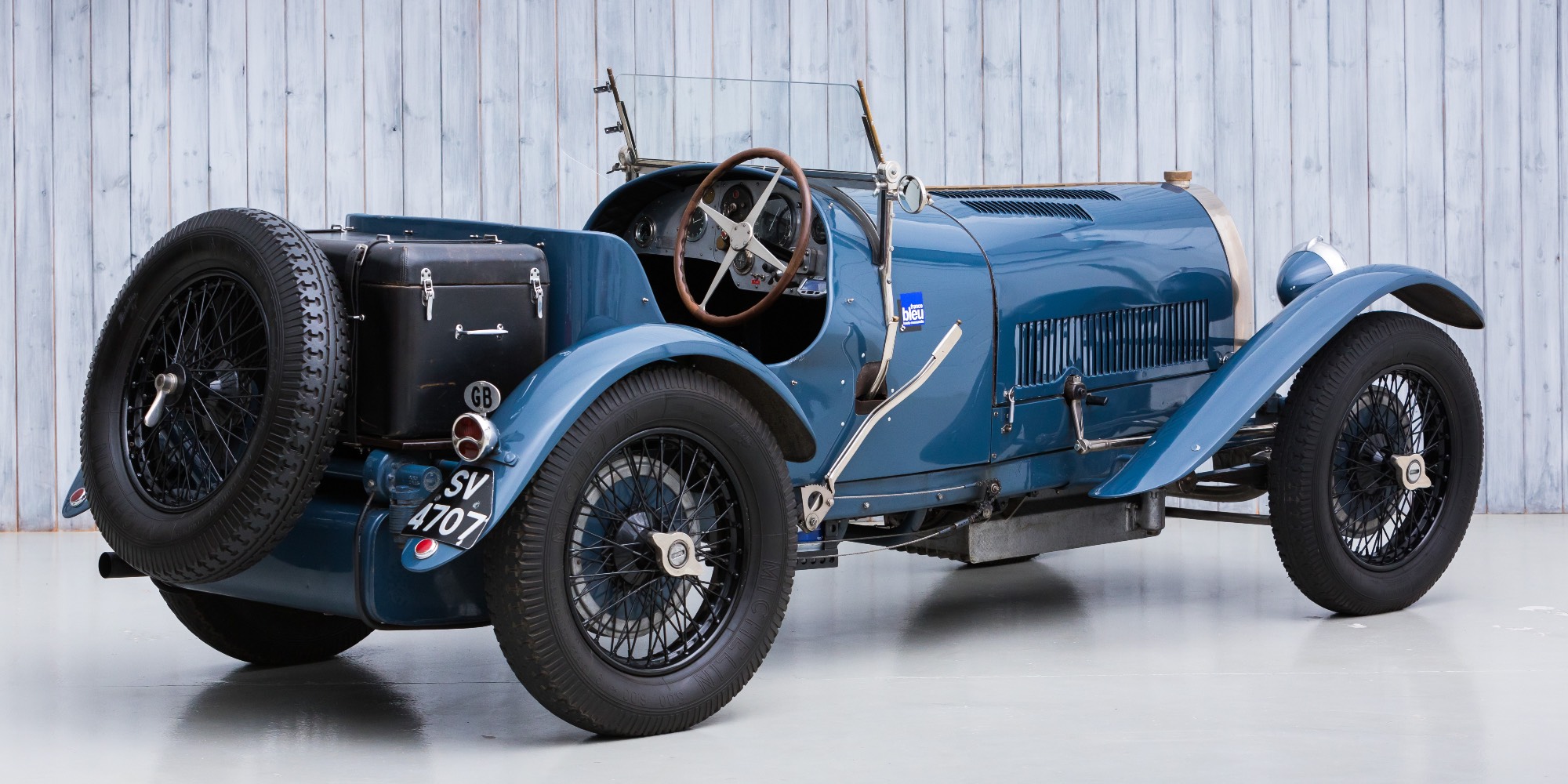 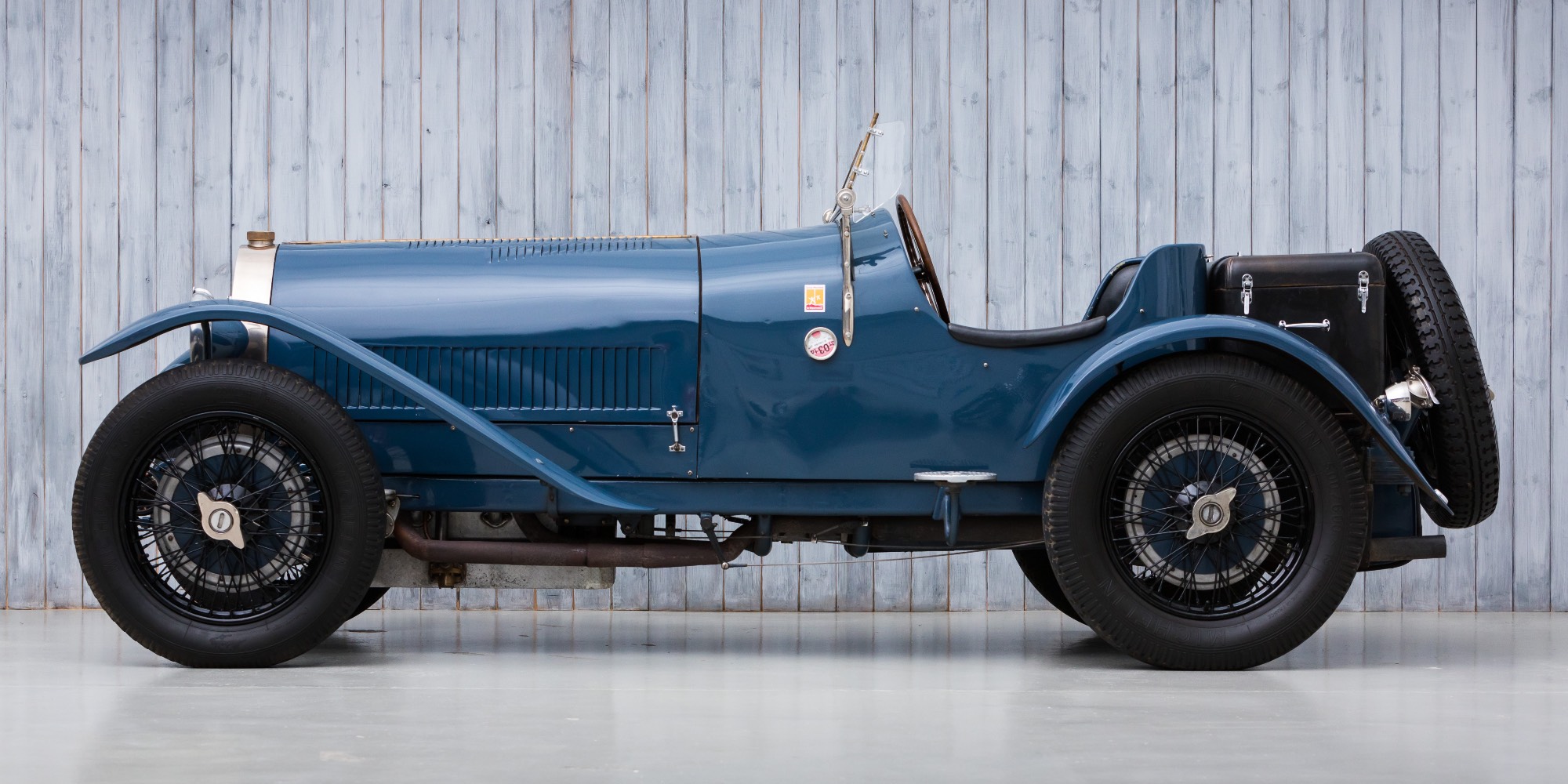 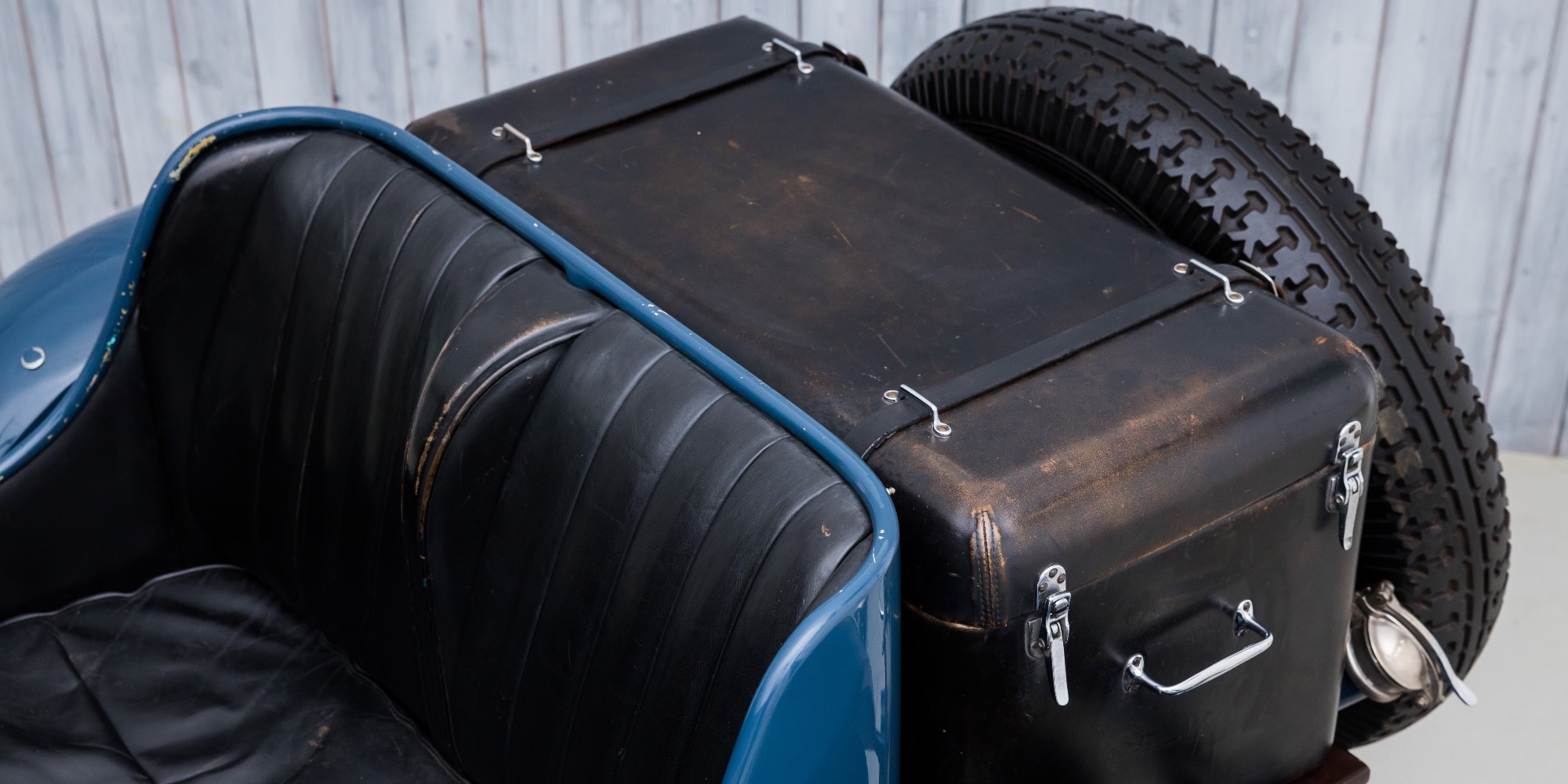 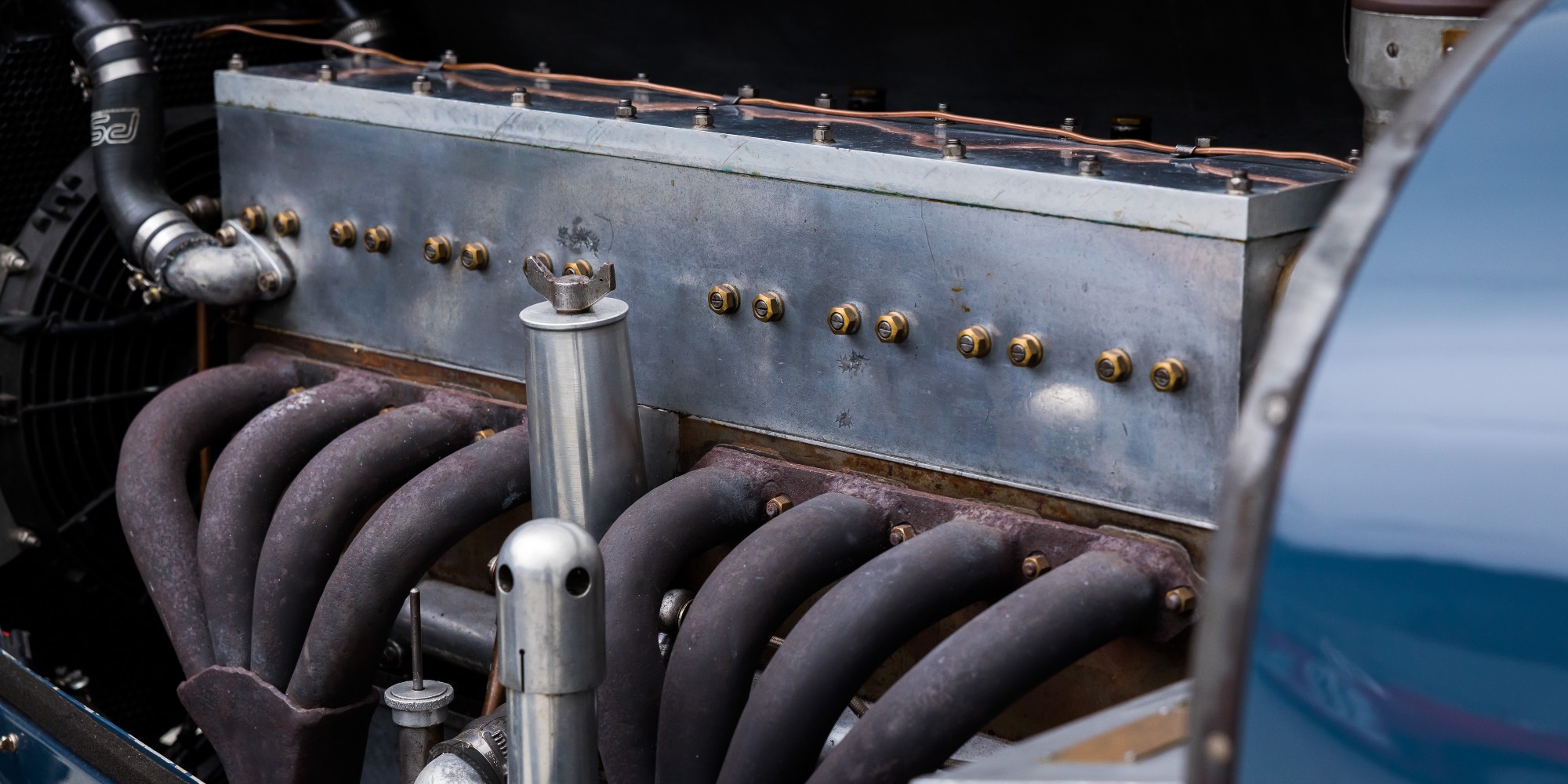 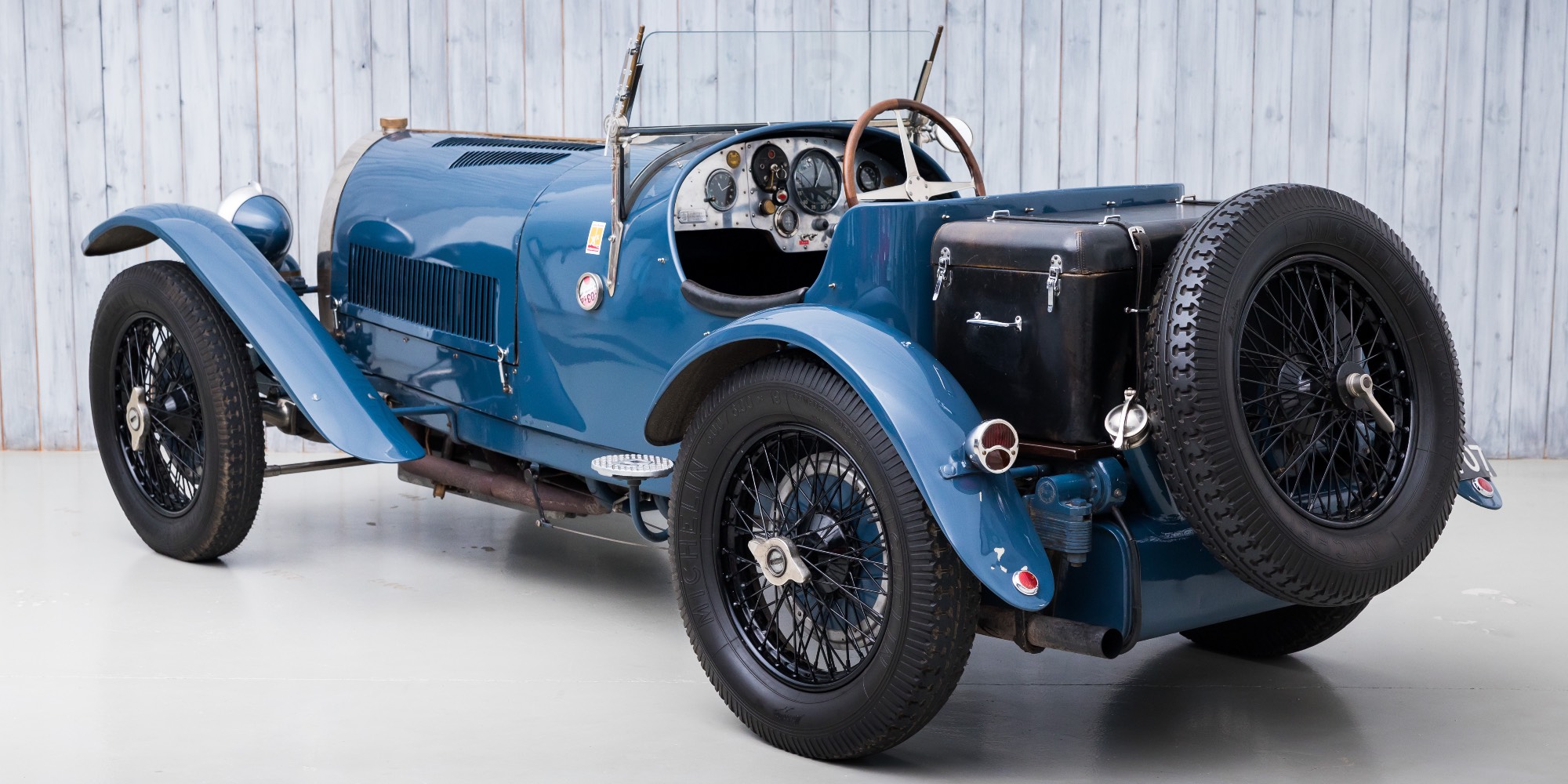 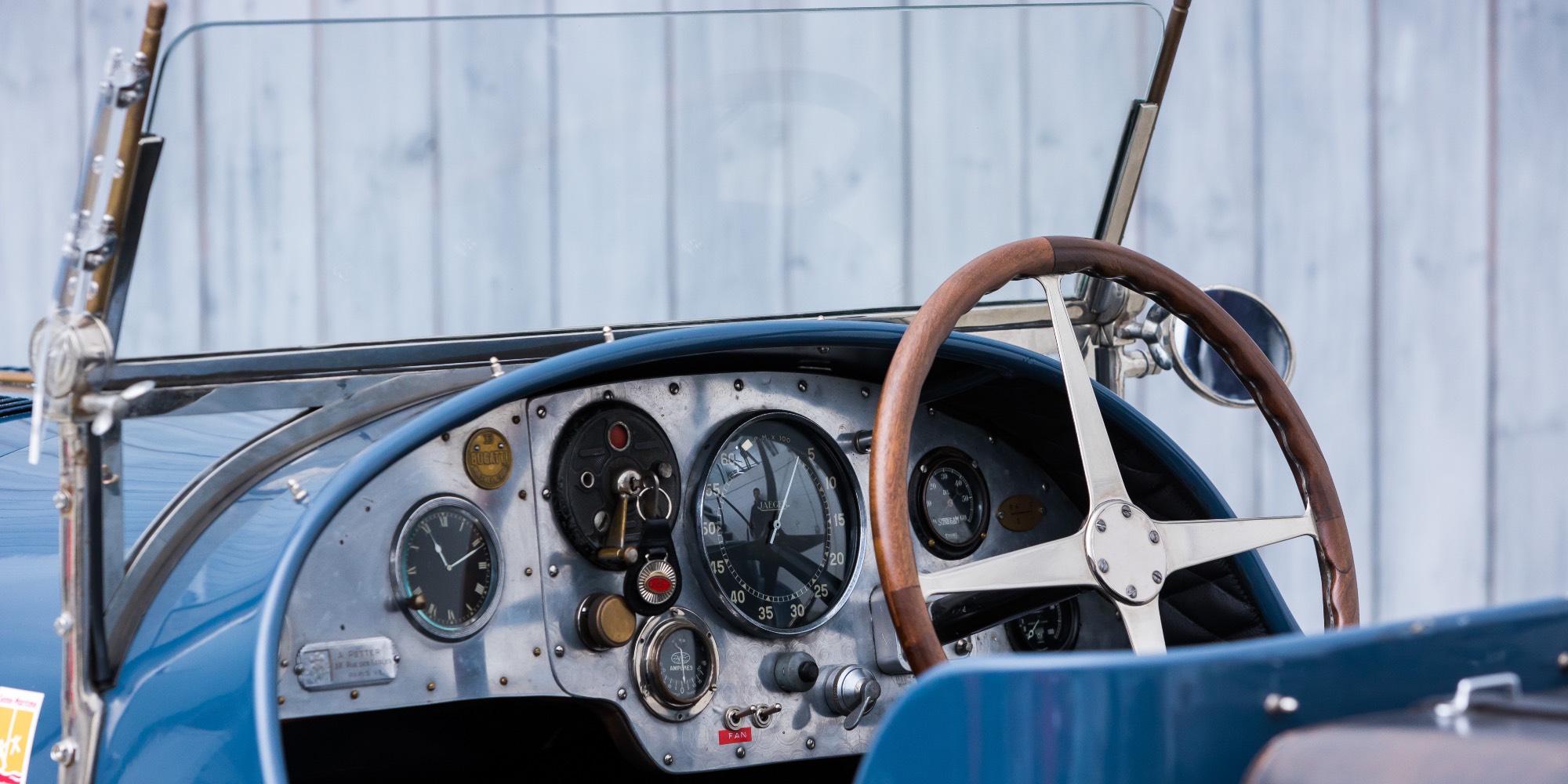 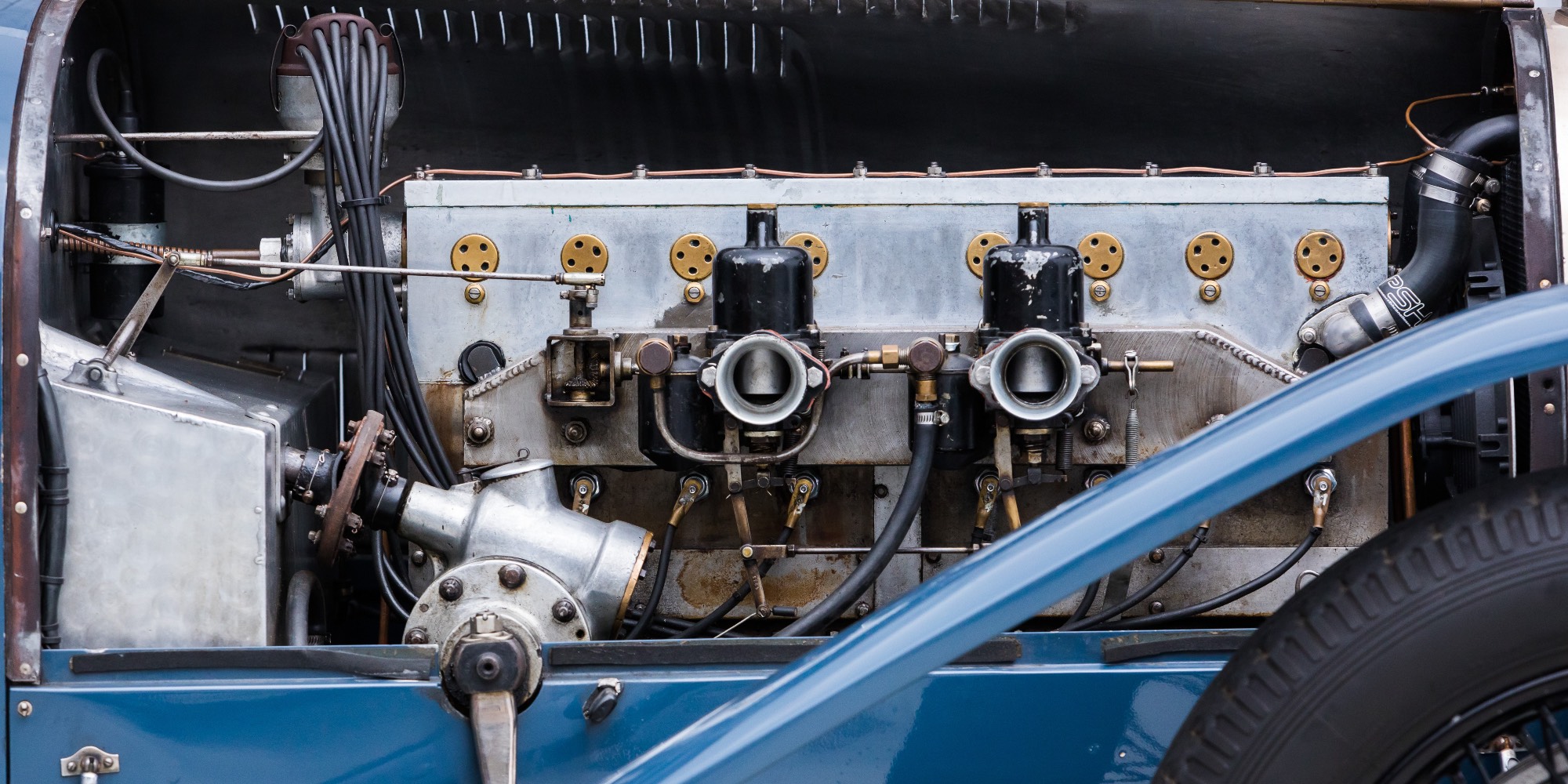 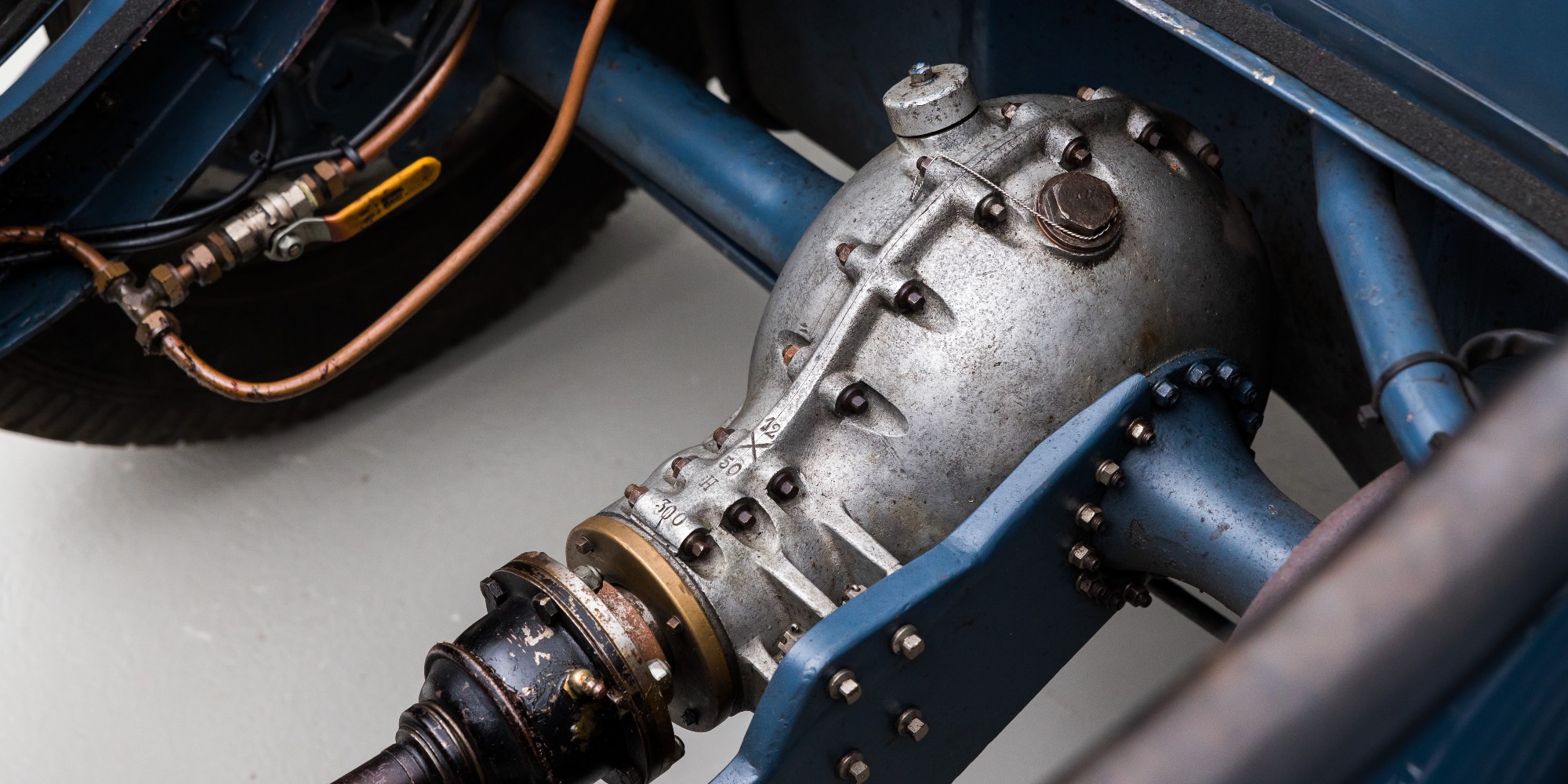 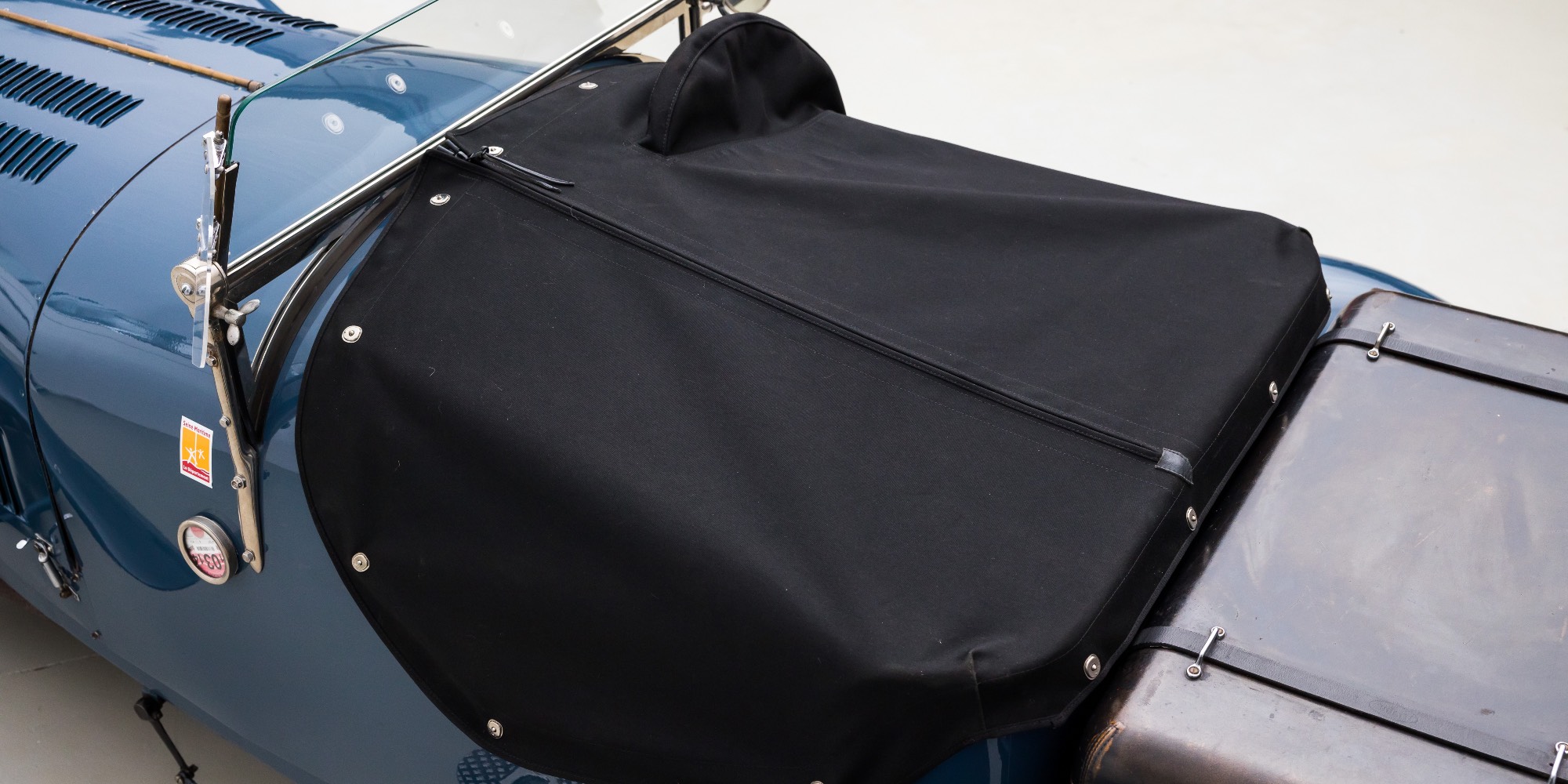 By October 1927, when the Type 44 was launched, Bugatti were truly at the forefront of the motoring world. Their Grand Prix cars were dominating the race circuits across Europe, their sports cars were the cars to be seen in and the legendary Royale project was already underway.

A replacement for the 2-litre Type 38, the new 3-litre Type 44 was launched in time for the 1927 Motor Salons and was destined to be a success from the start. The introduction of the more powerful 3-litre engine transformed the cars performance and the replacement of the three main ball races on the crankshaft with a nine plain bearing crankshaft improved the smoothness and quietness of the engine.

The chassis was basically the same as the Type 38 although stronger and with some improved details. The axles, brakes and gearbox were also the same as its predecessor. The engine was an improved version of the Type 28 with the camshaft drive in the centre of two 69x100mm blocks.

The oil pump and water pump are driven in tandem down the left hand side of the engine between the two exhaust manifolds. Lubrication to the crankshaft in the early examples was by Bugatti’s preferred method at the time of feeding oil to the white metal bearings. After 250 engines the design was modified to a full pressure fed system.

The press and buyers welcomed the Type 44 alike, with 1100 chassis being sold between October 1927 and October 1930, when it was replaced by the Type 49. The only other model to reach such sales was the 16-valve Brescia. As the late Hugh Conway put it “Bugatti could finally offer a ‘gentleman’s carriage’”.

It is worth noting that in period the Type 44, many of which in lightened and modified form like this, were no stranger to the race circuit. Its flexible and powerful engine lent well to sportscar and endurance races with Norbert Jean Mahe and Jean Desvignes coming 9th in the 1934 Le Mans 24 in a Type 44 and René Kippeurt and Edmond Nebout entering, but having to retire their Type 44, on the 62nd lap the following year.

This particular car is well known in Bugatti circles. Restored by Ivan Dutton in the early 1990’s using mostly original Type 44 parts. The chassis a shortened Type 44 frame stamped 44376. It has been confirmed that Chassis No. 44376 was originally delivered to Germany as such being required by law to be stamped 44376 on the front near side of the chassis frame itself. The engine is number 470, probably ex-44725, and is fitted with with Ivan and Tim Dutton’s prototype fabricated inlet manifold fed by a pair of SU carburetors. The gearbox is a replica GP box and the car, as described in the BOC register, ‘in all other aspects it is a standard Type 44’.

The front and rear axles are both original and the rear axle is numbered. The wheels and brakes are also original and the radiator is of original Type 43 origin. The sporty looking lightweight body was new at the time of the restoration, incorporating a very practical trunk mounted behind the two seats making this a very usable and exciting fast touring car.

Ivan Dutton finished the restoration in time to use it as the support car in the 1995 Italian Rally. Ivan sold the car to well know Bugatti enthusiast and restorer Derek Hitchman in 1996 who campaigned and used the car successfully before selling it to another well known and regarded member of the BOC, Ian Patton in 2006.  Intrinsically involved with the management of the Bugatti Owners Club and Prescott as well as a regular scrutineer with the VSCC,  Ian and 44376 were regular competitors at Prescott, holding the hill record for a Type 44. Ian and wife Jane also used 44376 on a number of tours of Spain and France where the car did not miss a beat.

Serviced and maintained during the Hitchman’s ownership by Ivan Dutton Ltd and in Ian Patton’s ownership by himself and Gentry Restorations. 44376 was purchased by the current owner in June 2015. In August 2016 the car went back to Gentry Restorations for an extensive service which included, replacing and flushing all fluids, rebuilding the gearbox, water pump and overhauling the brakes.

Over the last few years 44376 has been used sparingly with trips to Goodwood for events like the Revival. 44376 continues to offer a such a wide diversity of use. If you are looking for exciting performance, coupled with usability and reliability for the wide array of Bugatti rallies, hill climbs and events around the globe this is the car. Well restored, and well proven this would make an ideal rally car for events like the every popular Flying Scotsman or maybe something even longer?