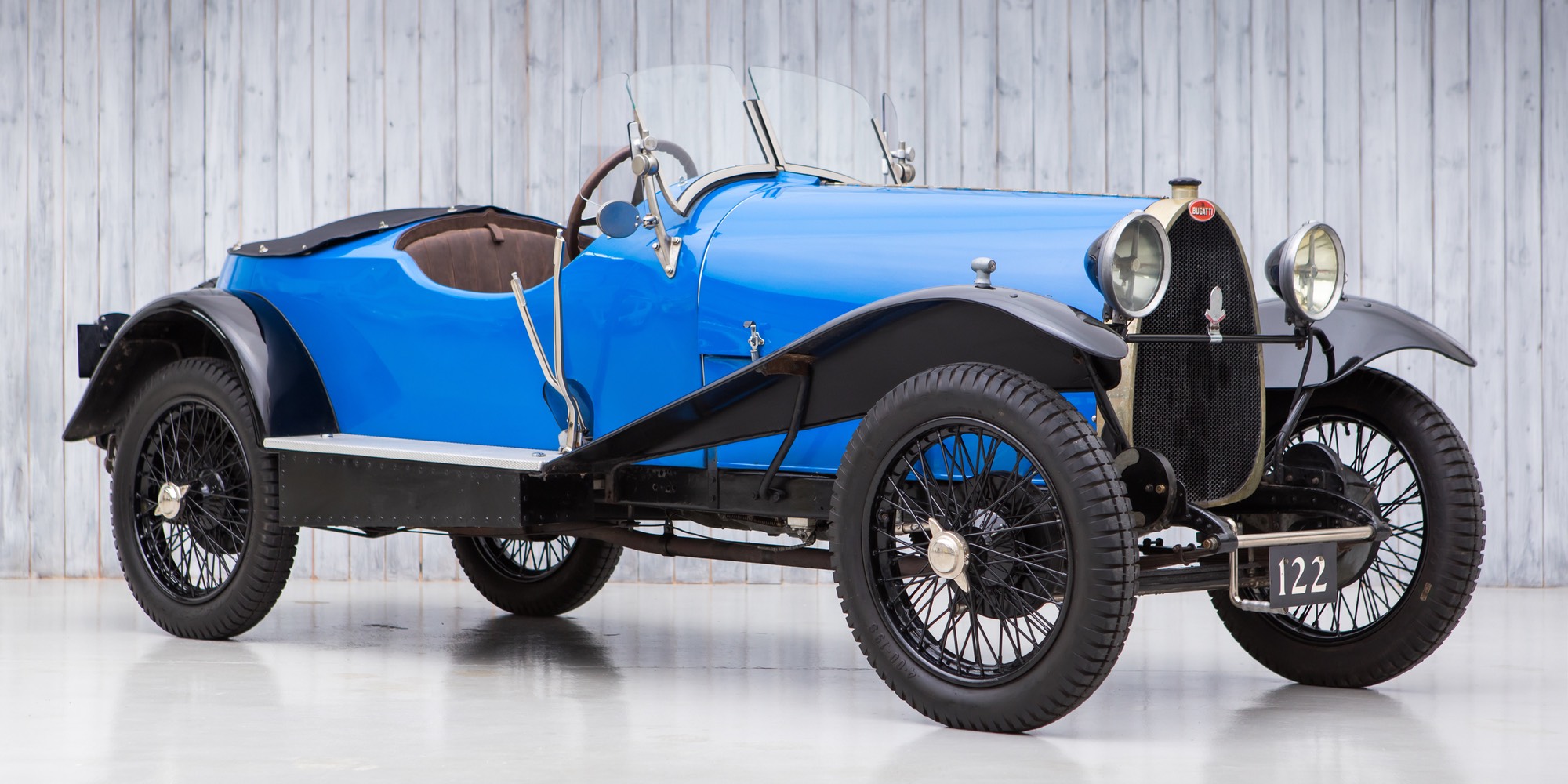 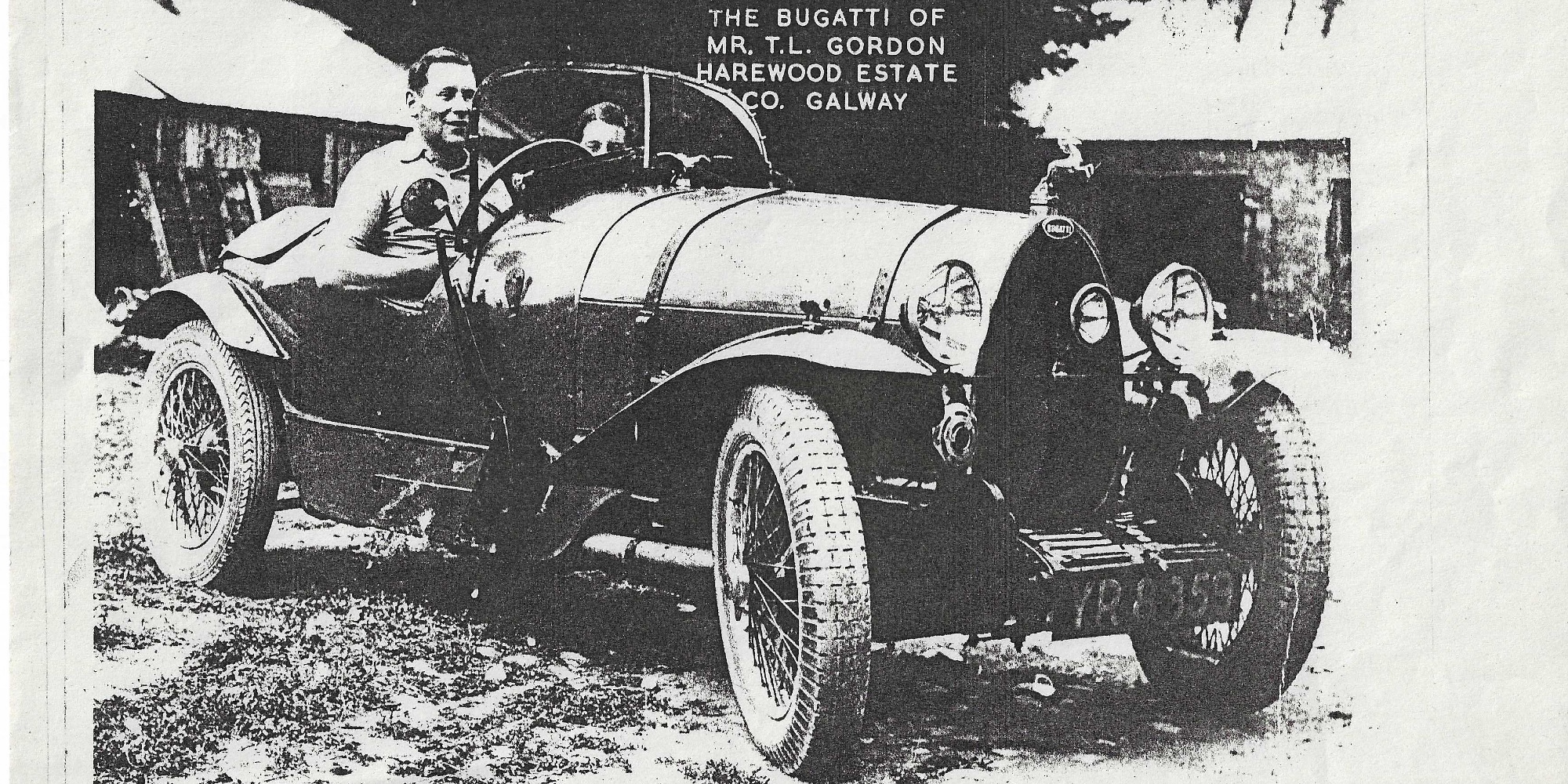 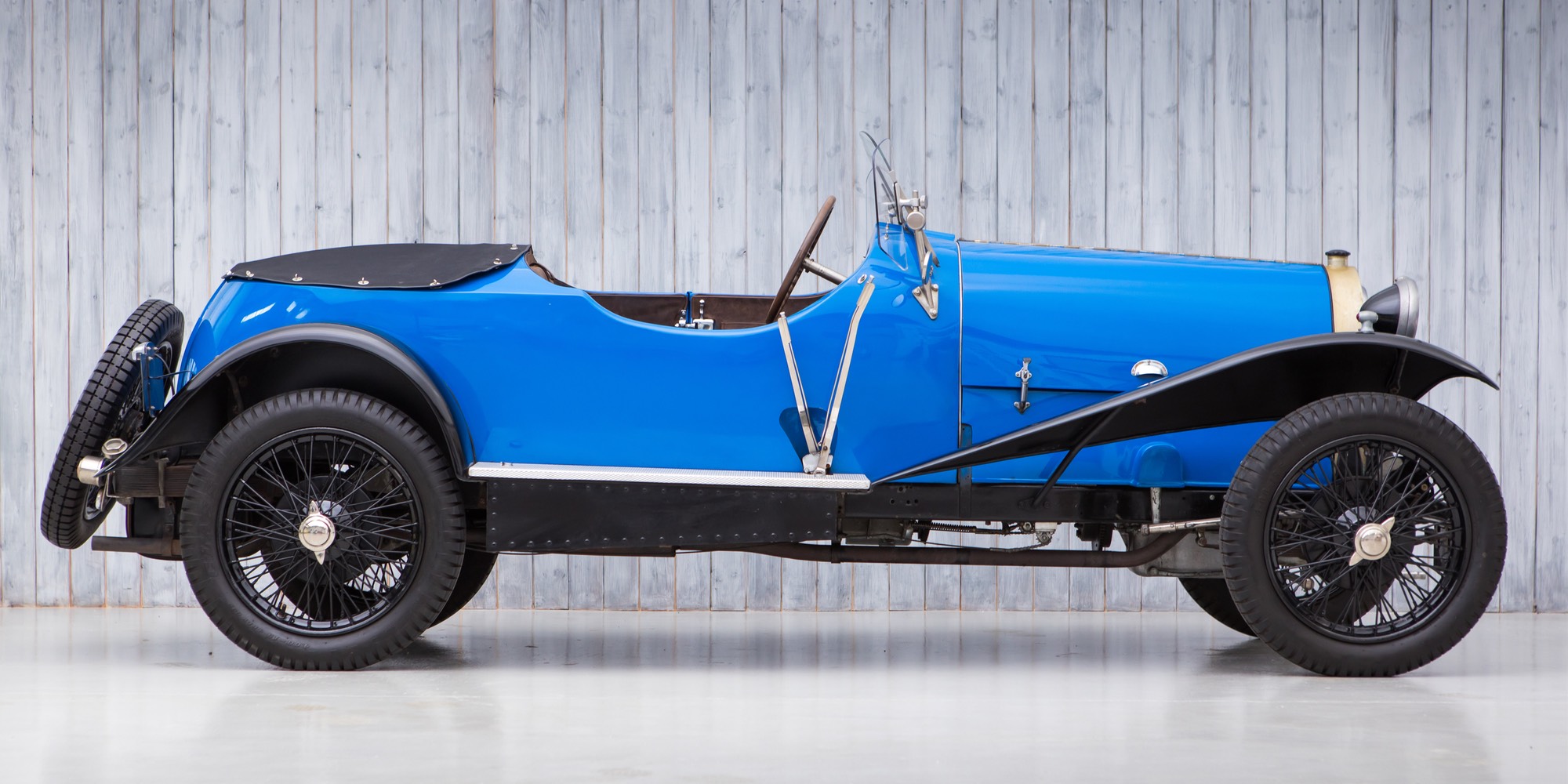 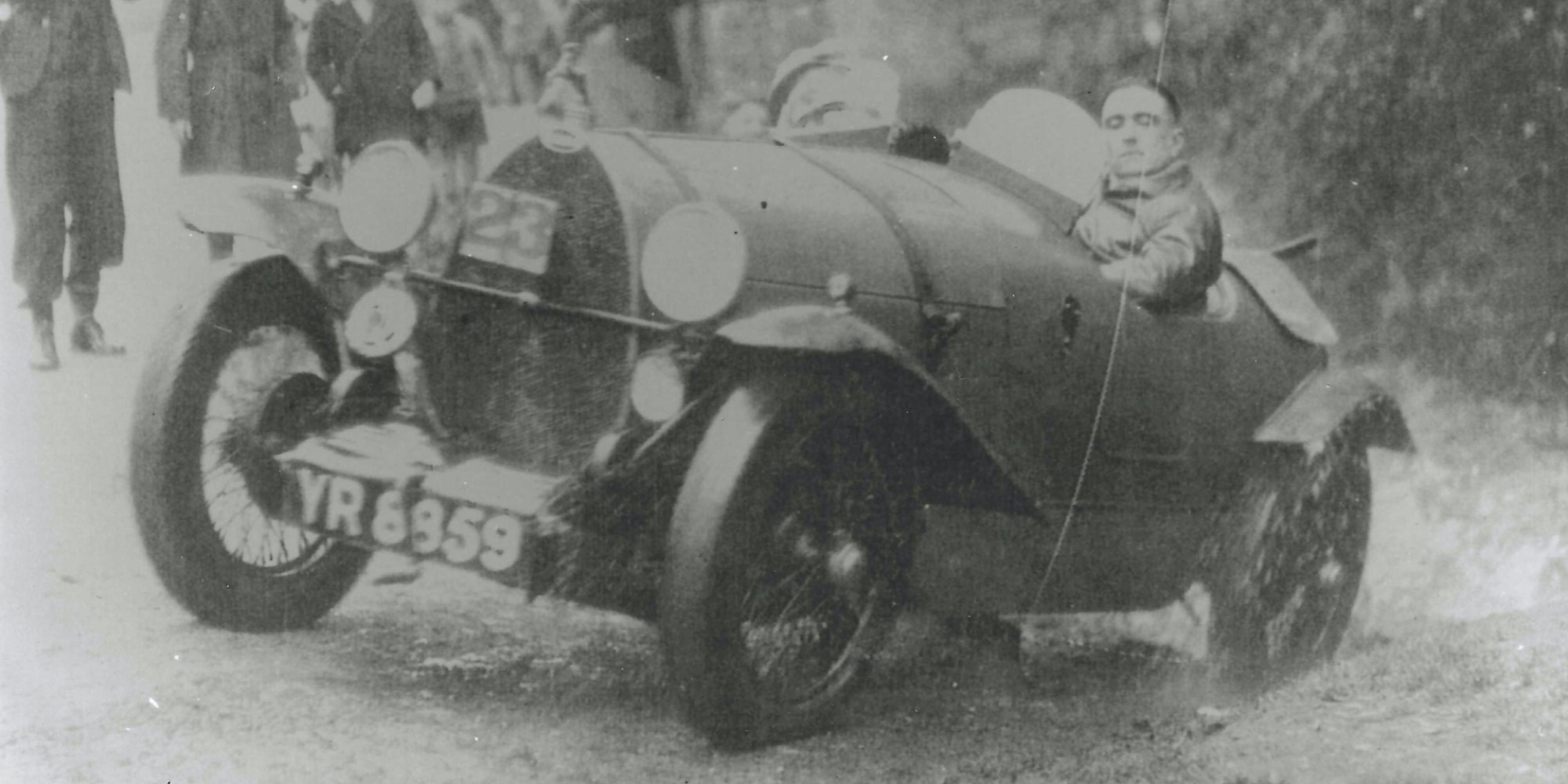 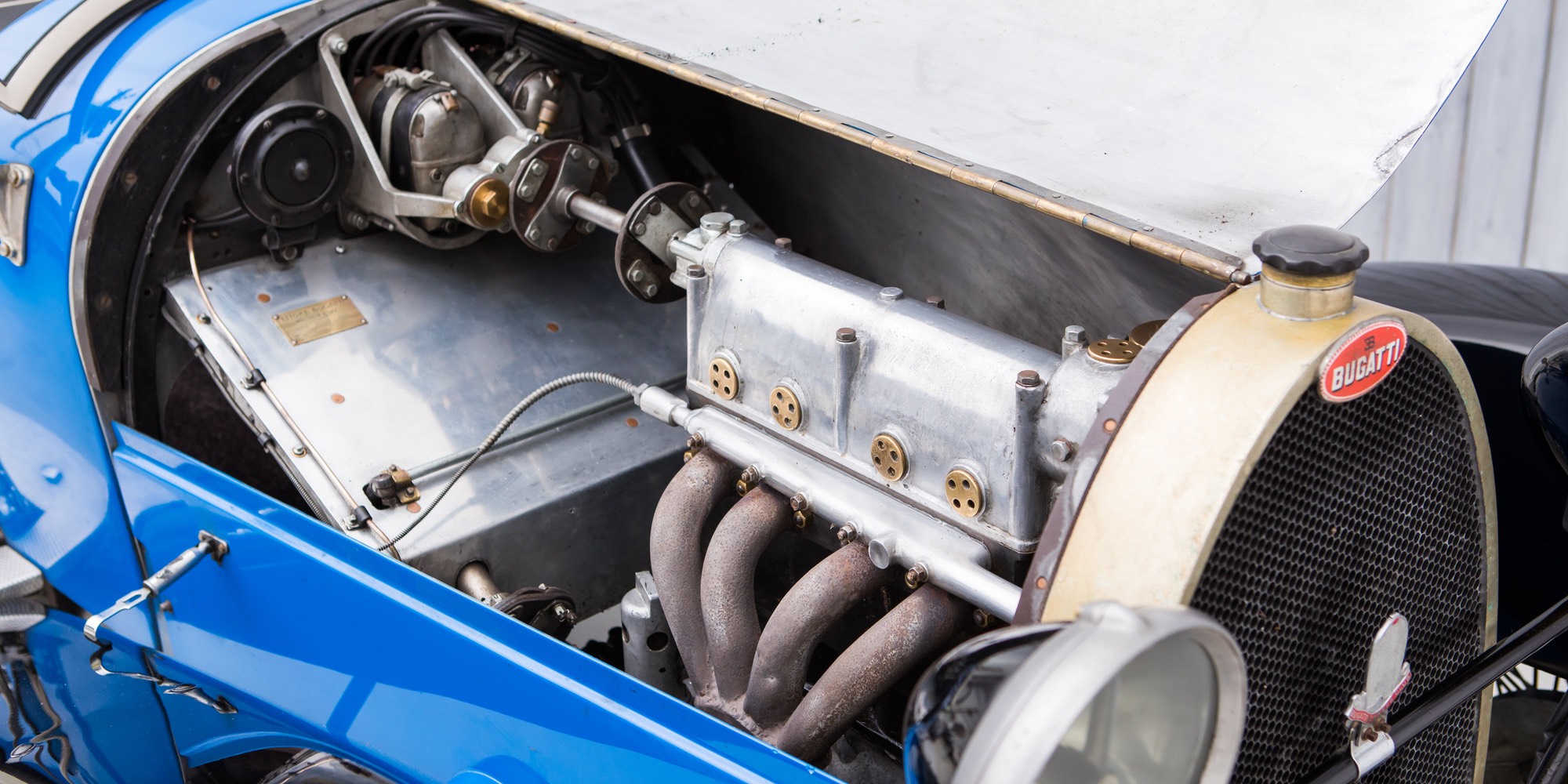 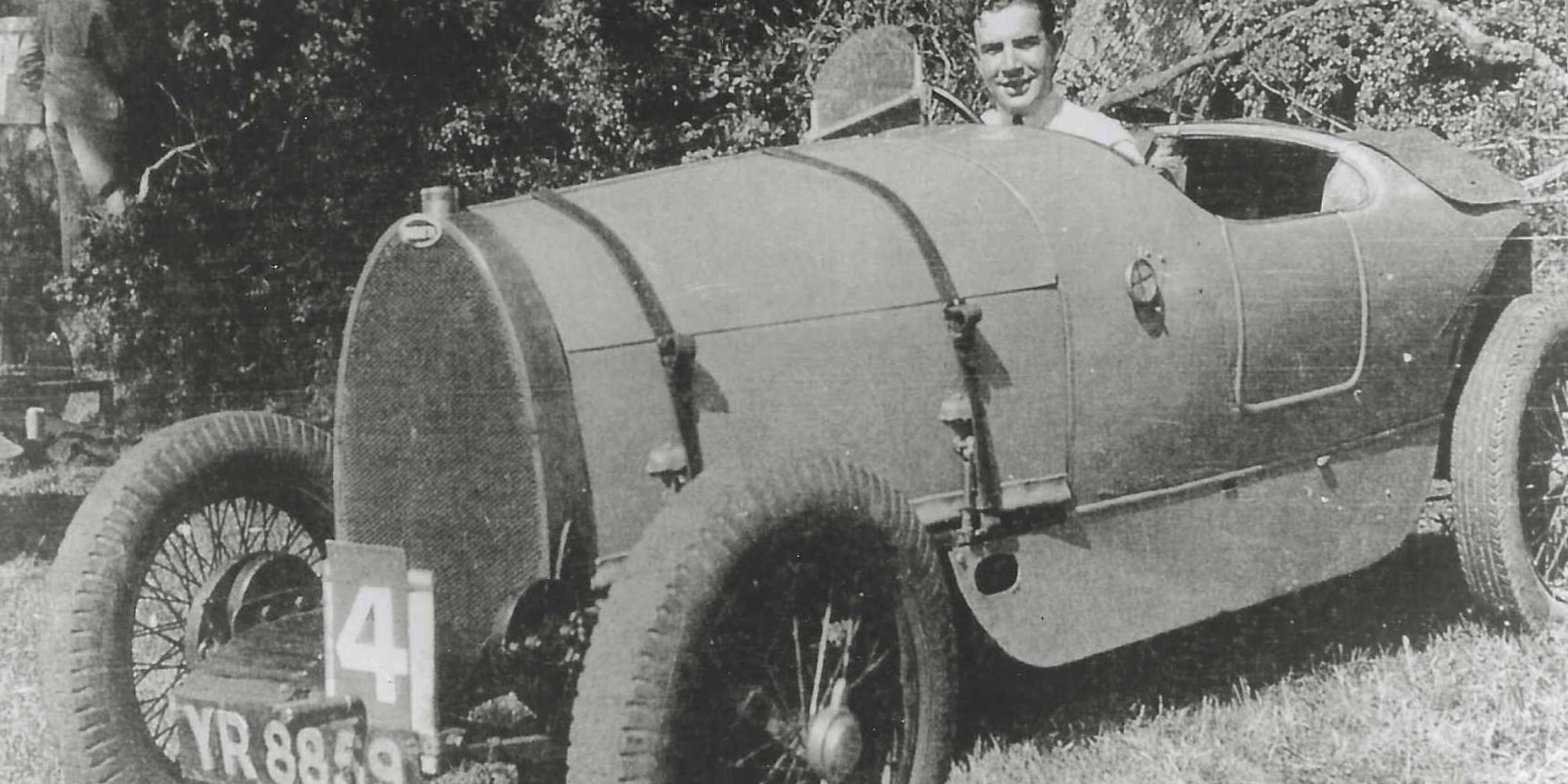 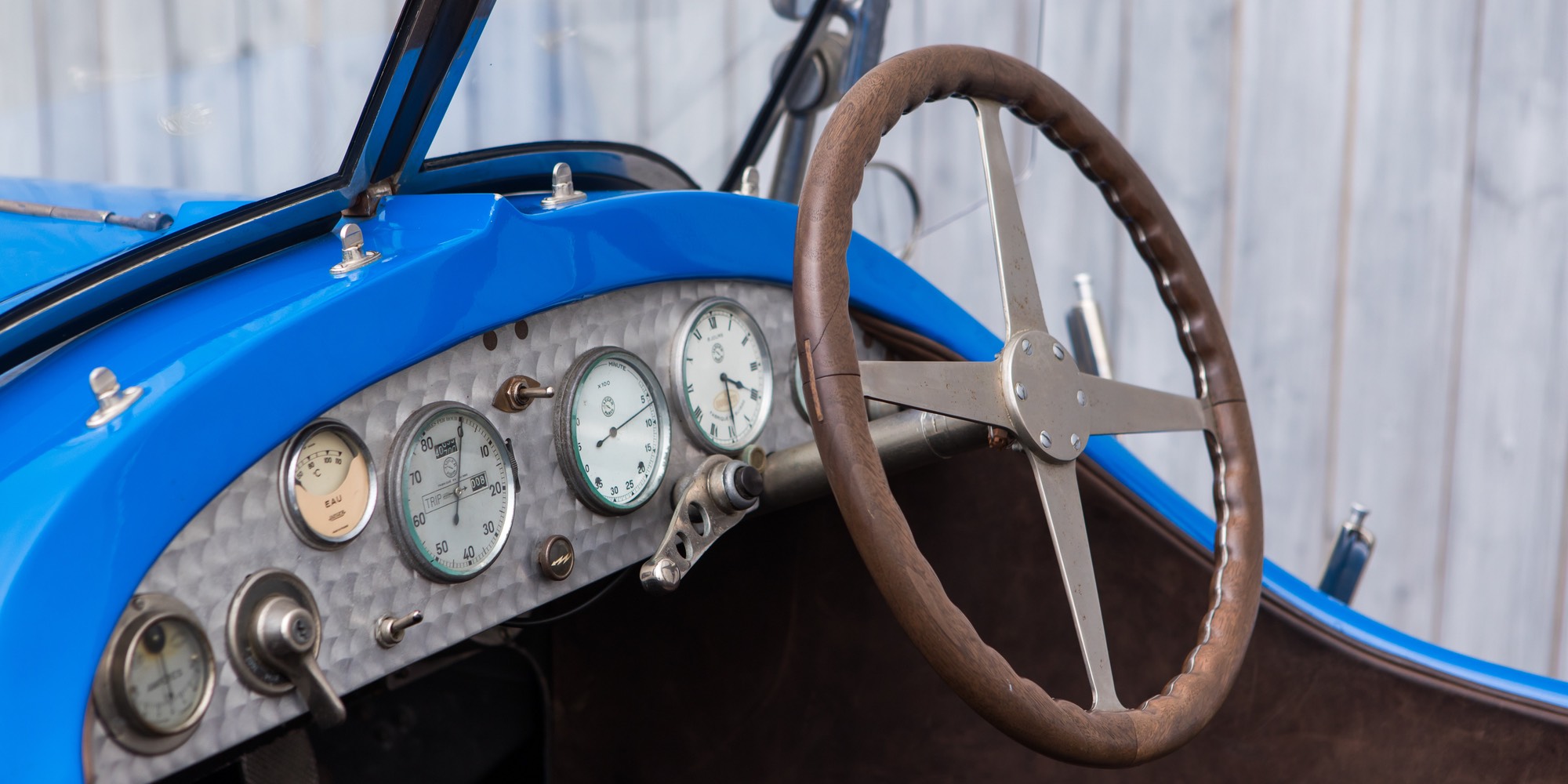 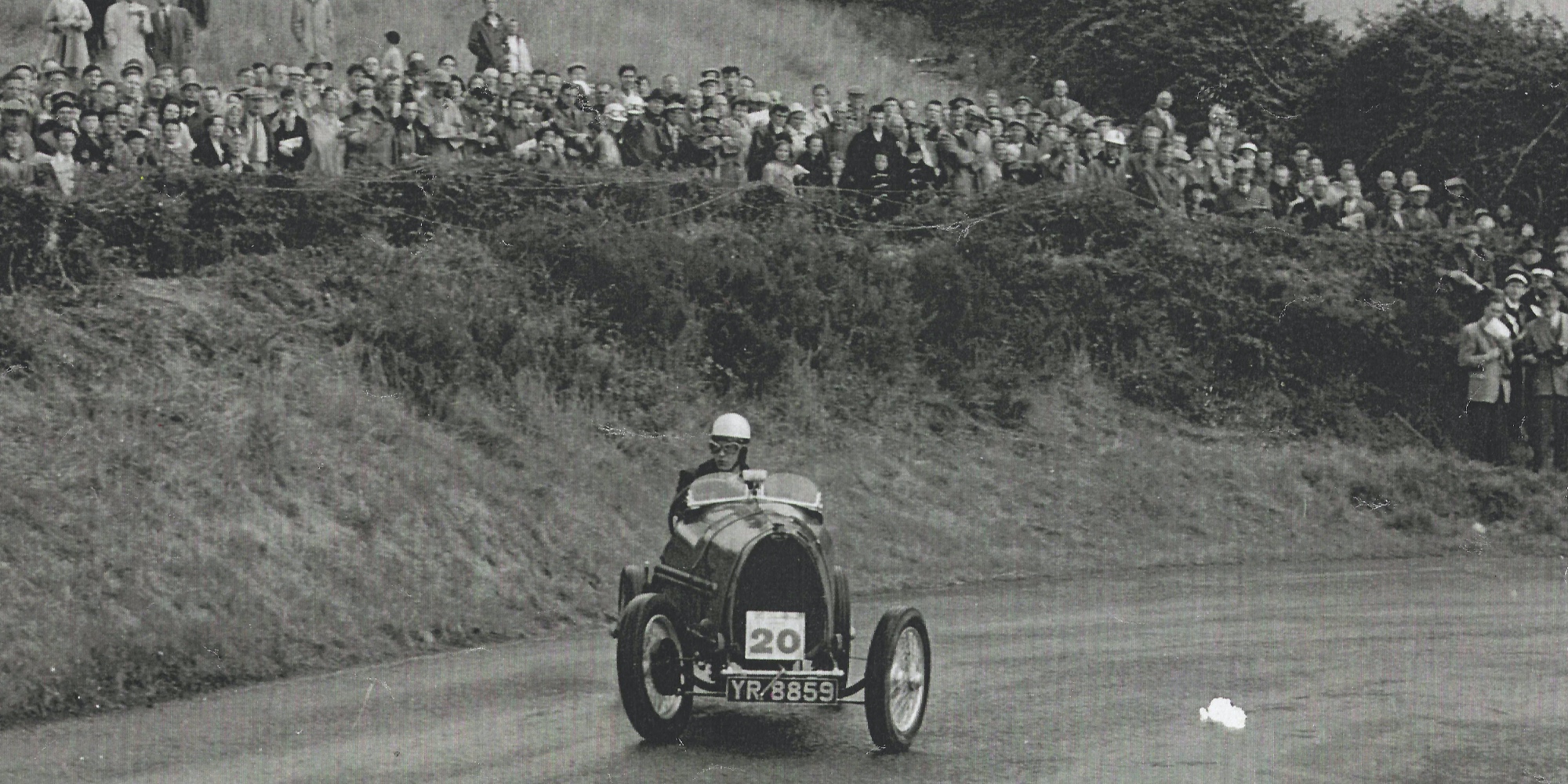 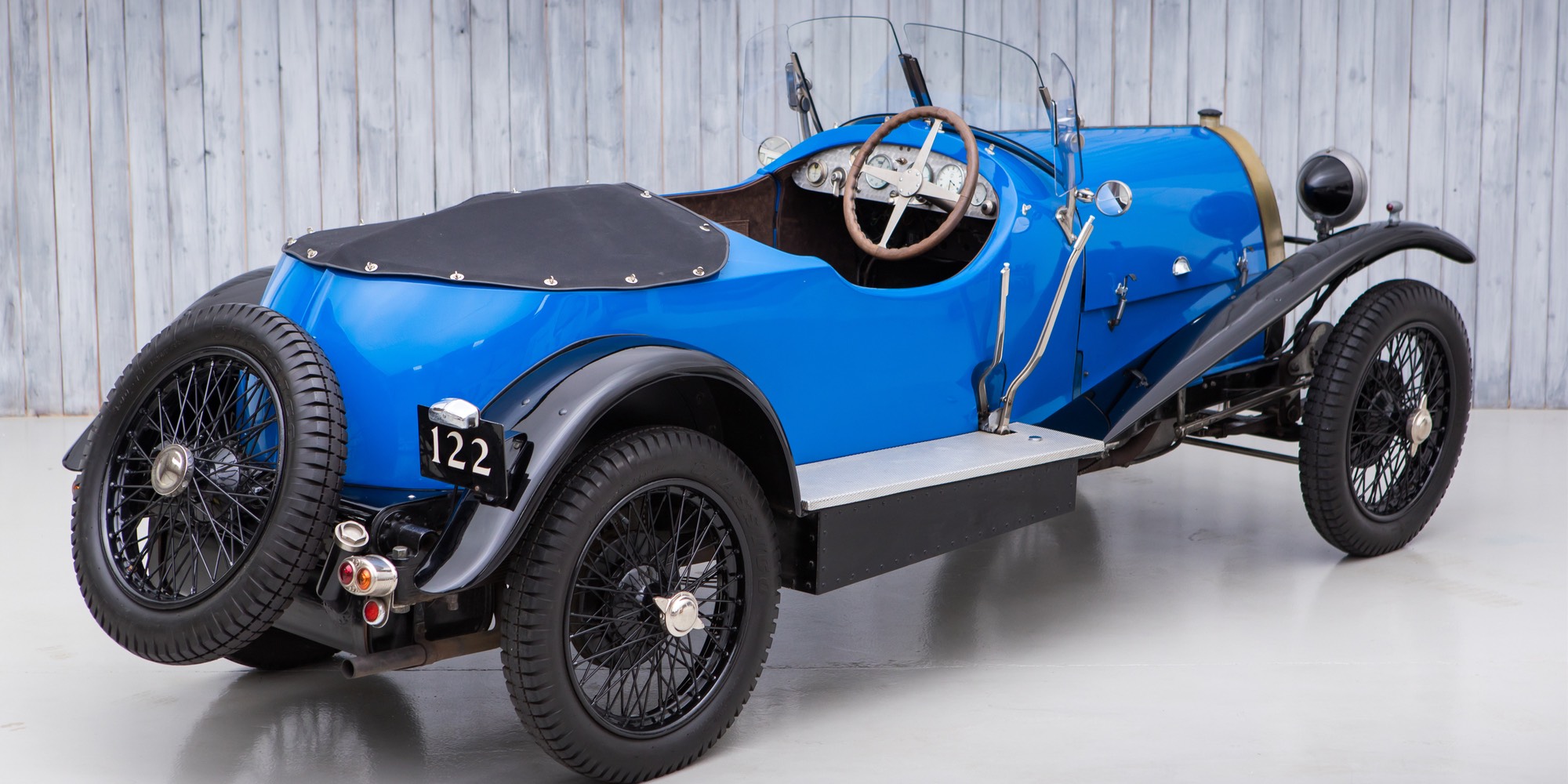 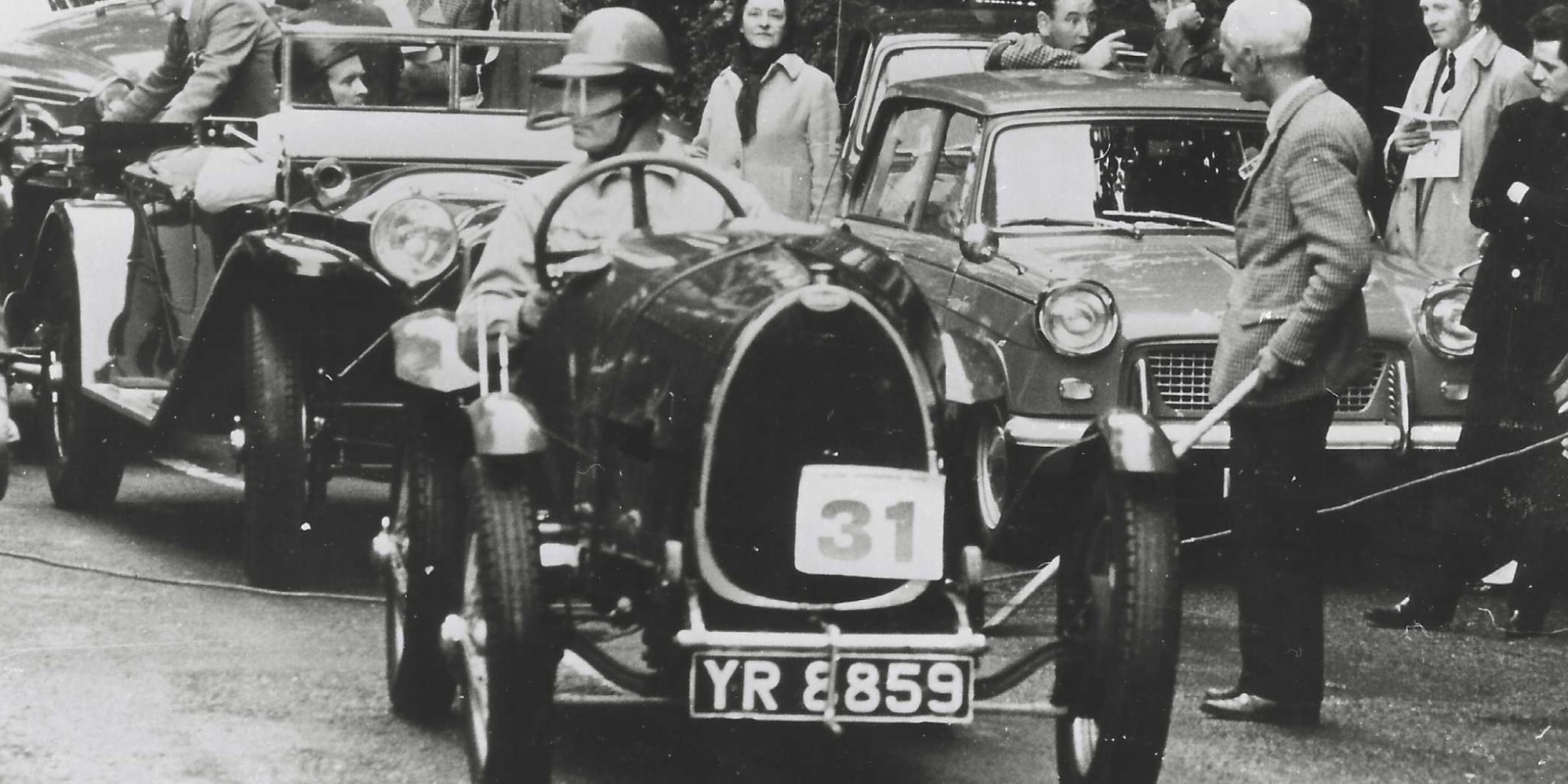 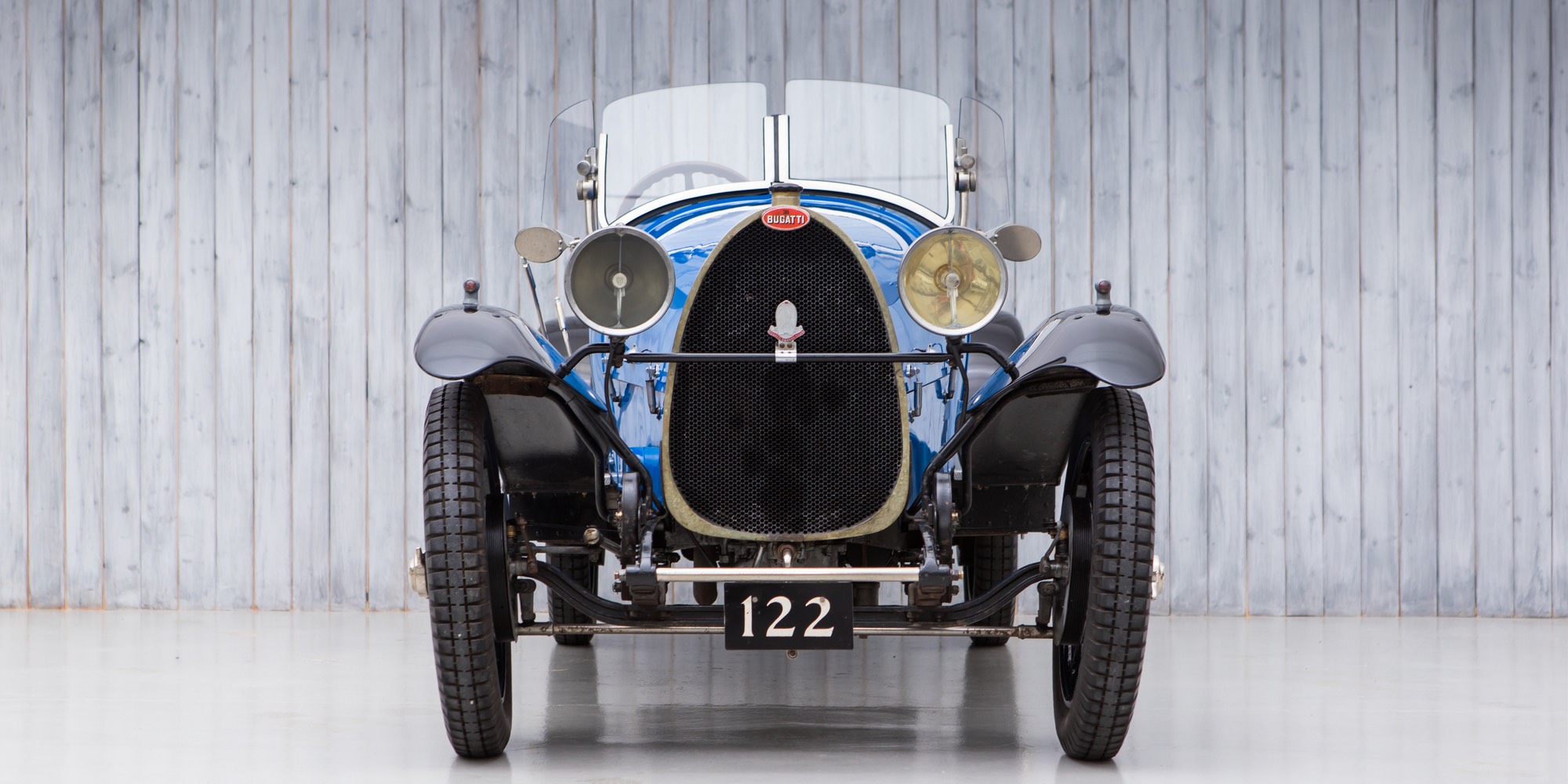 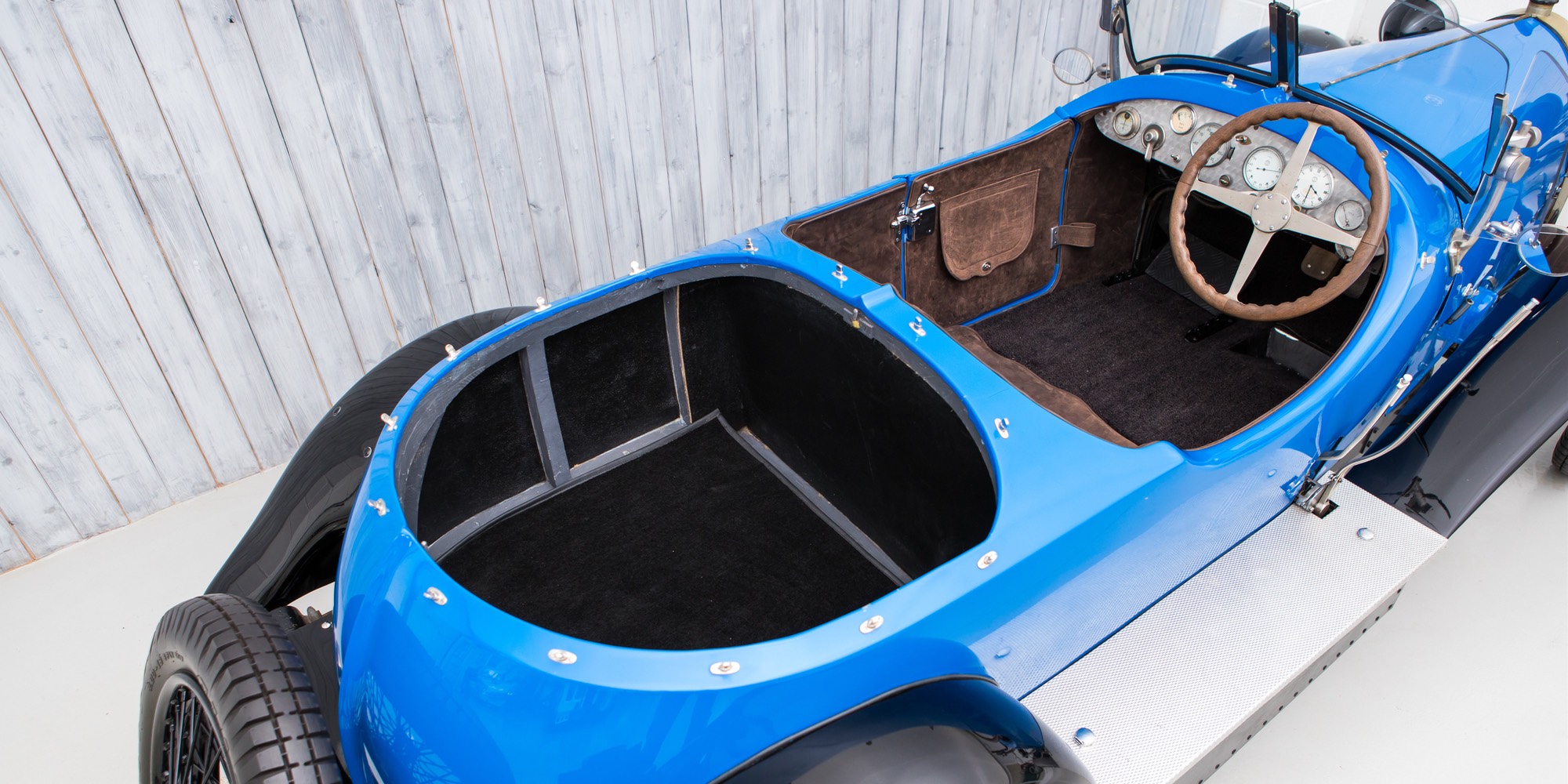 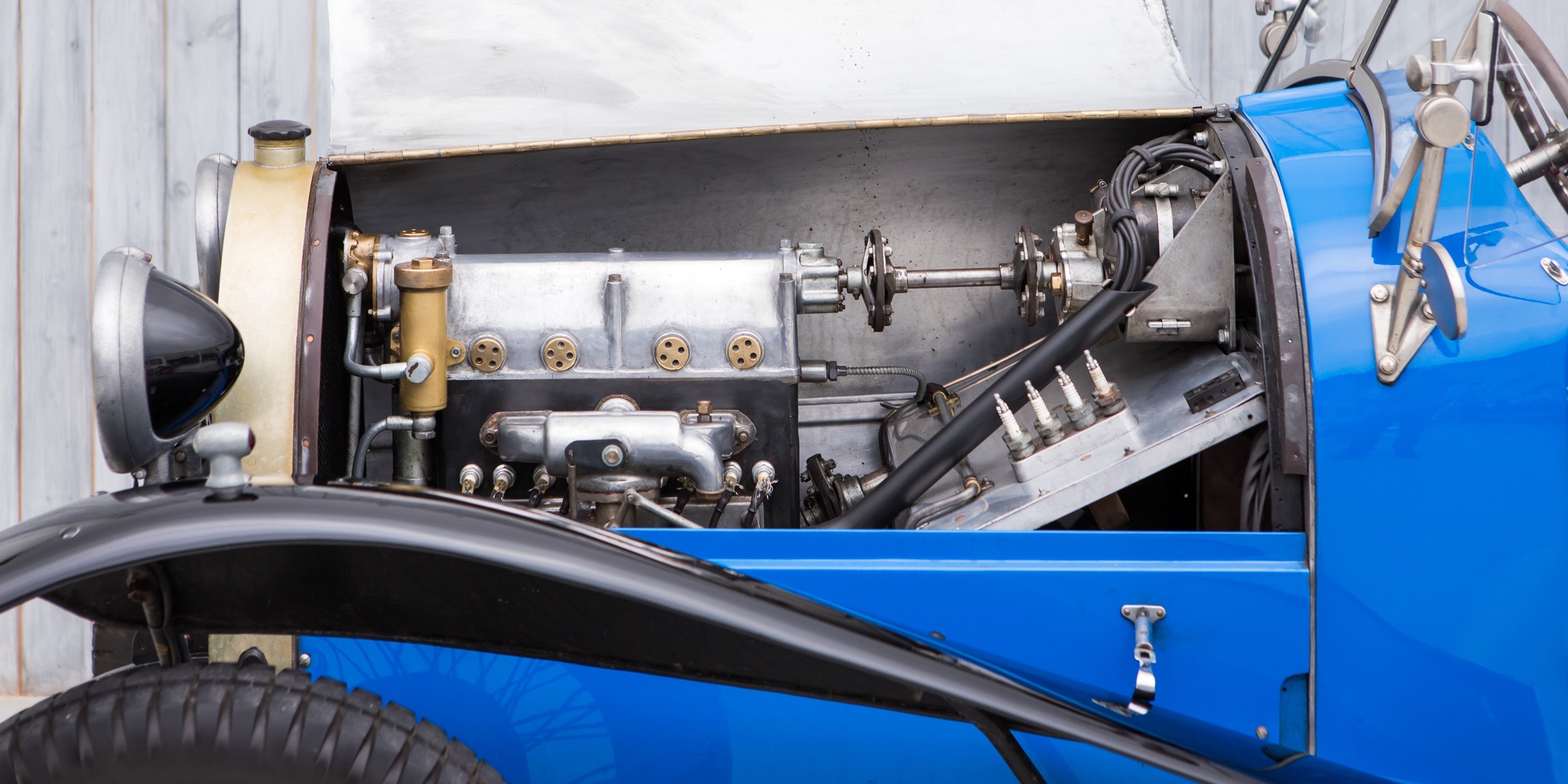 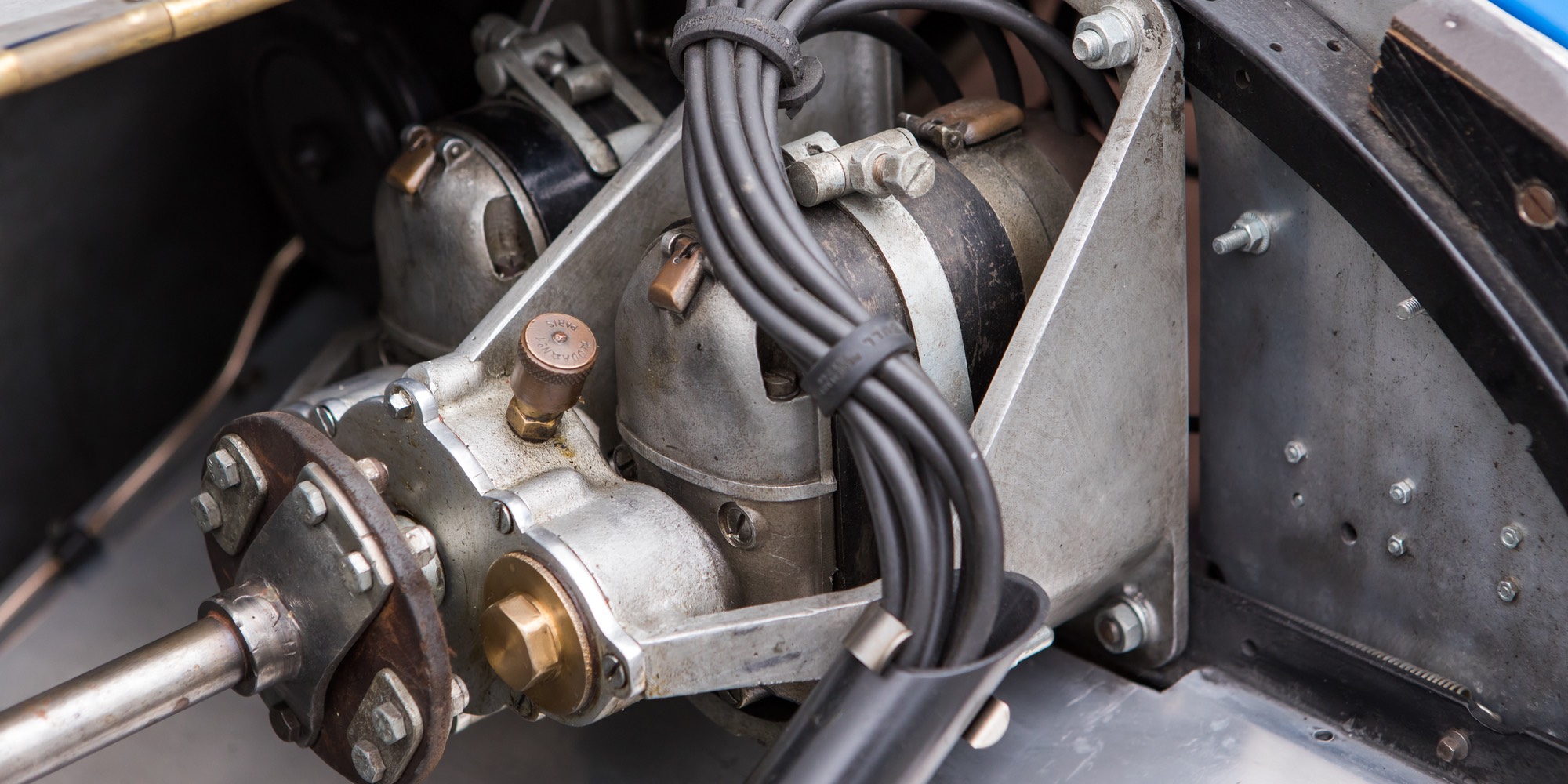 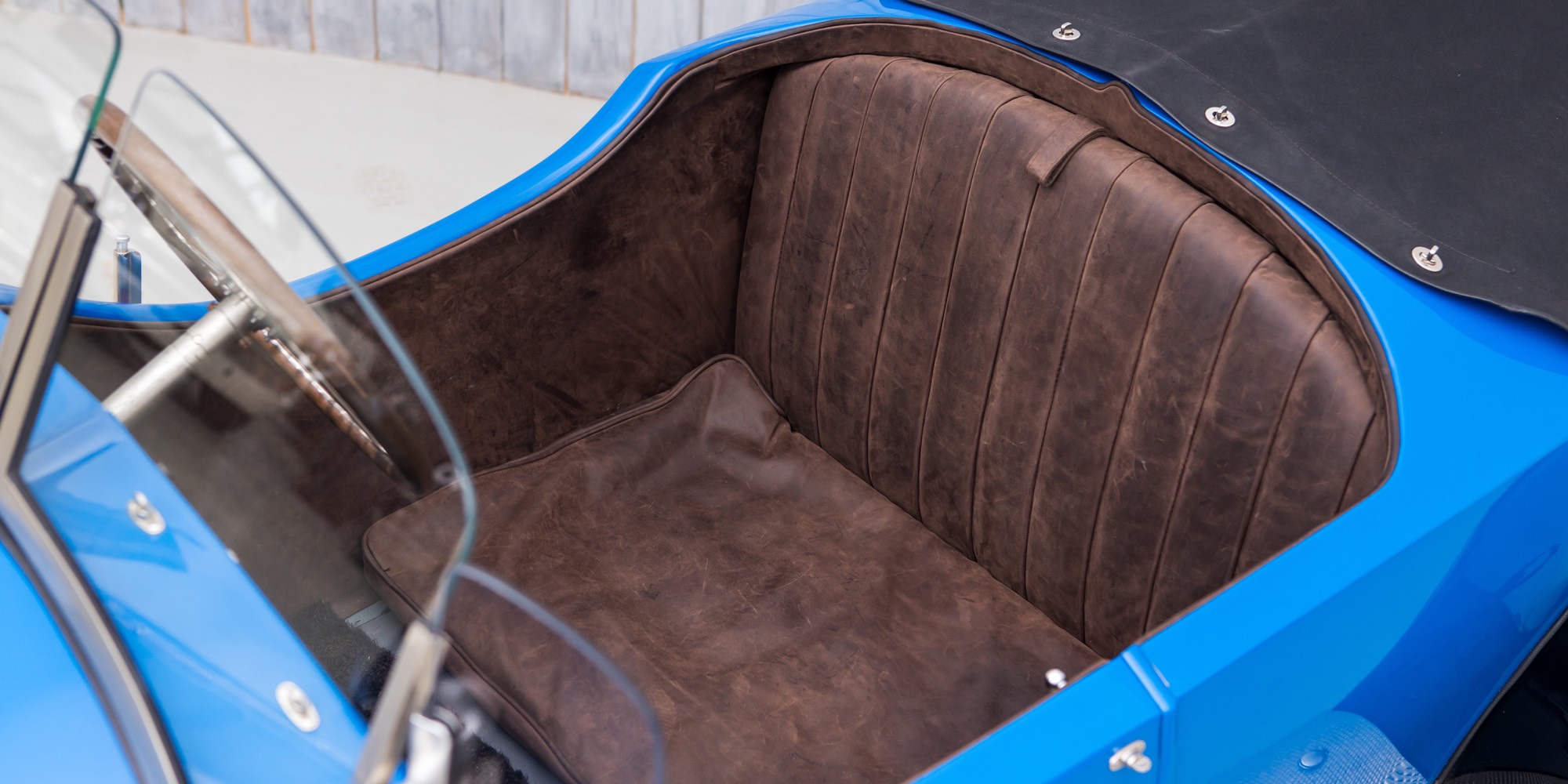 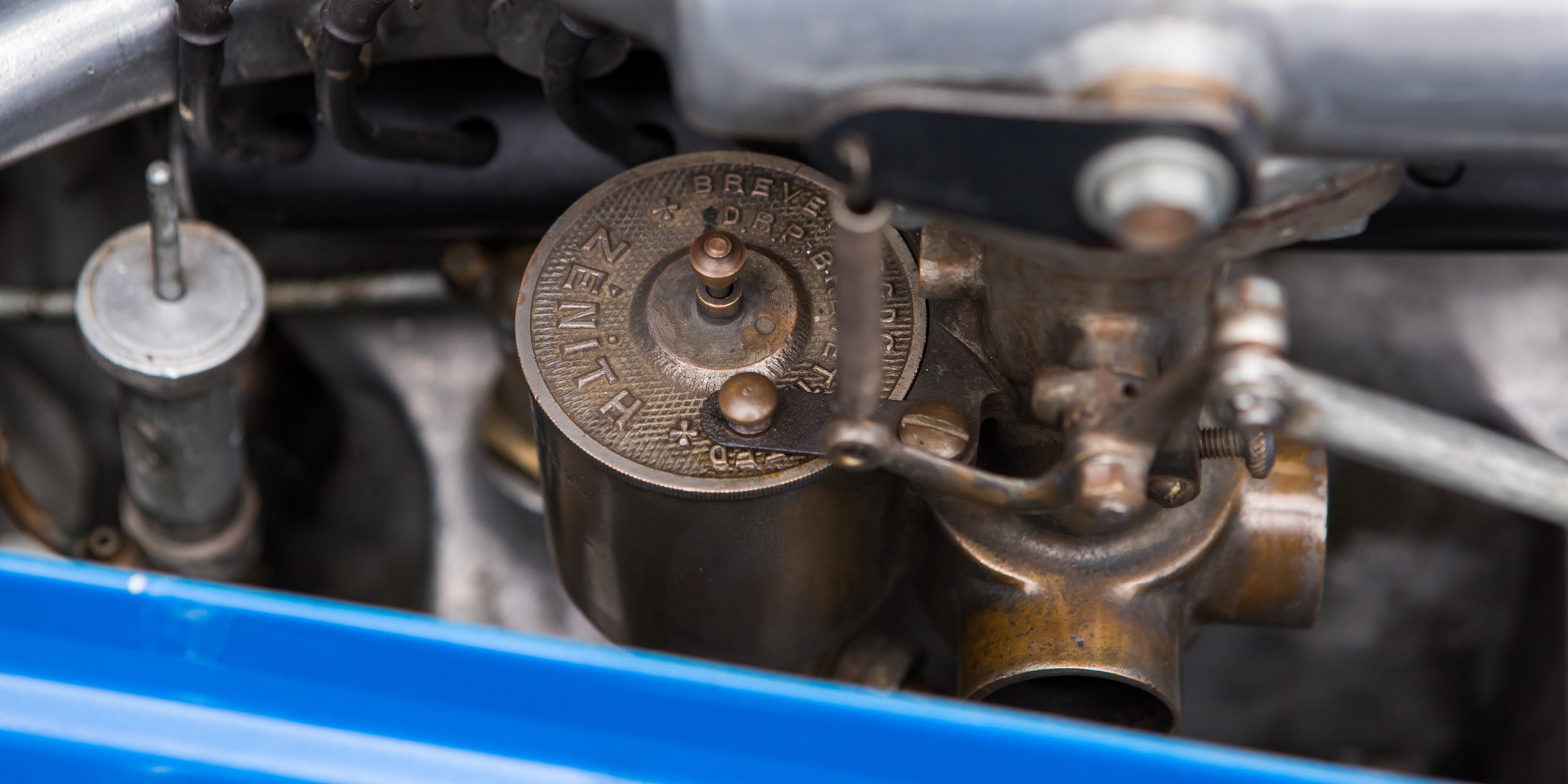 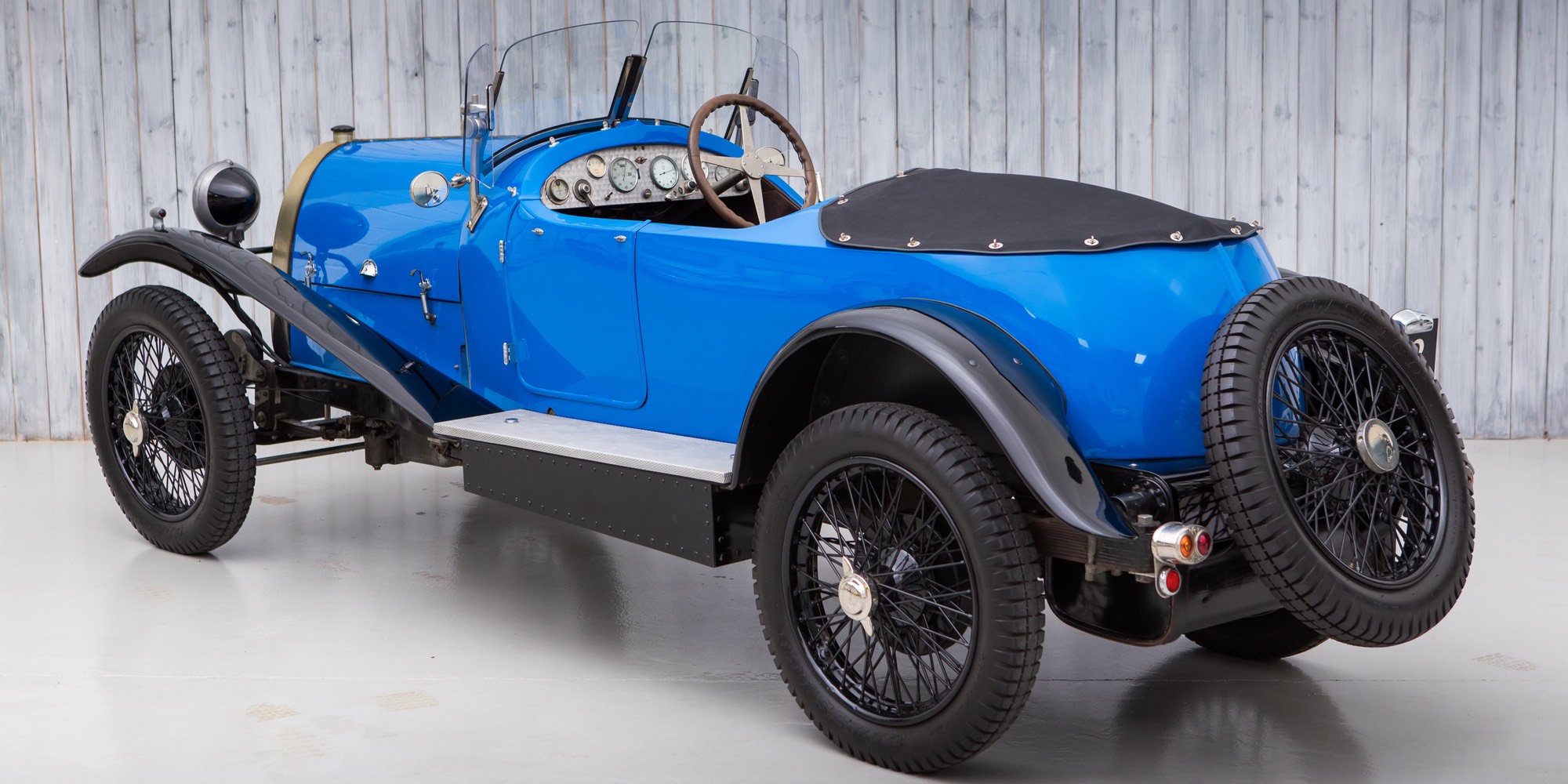 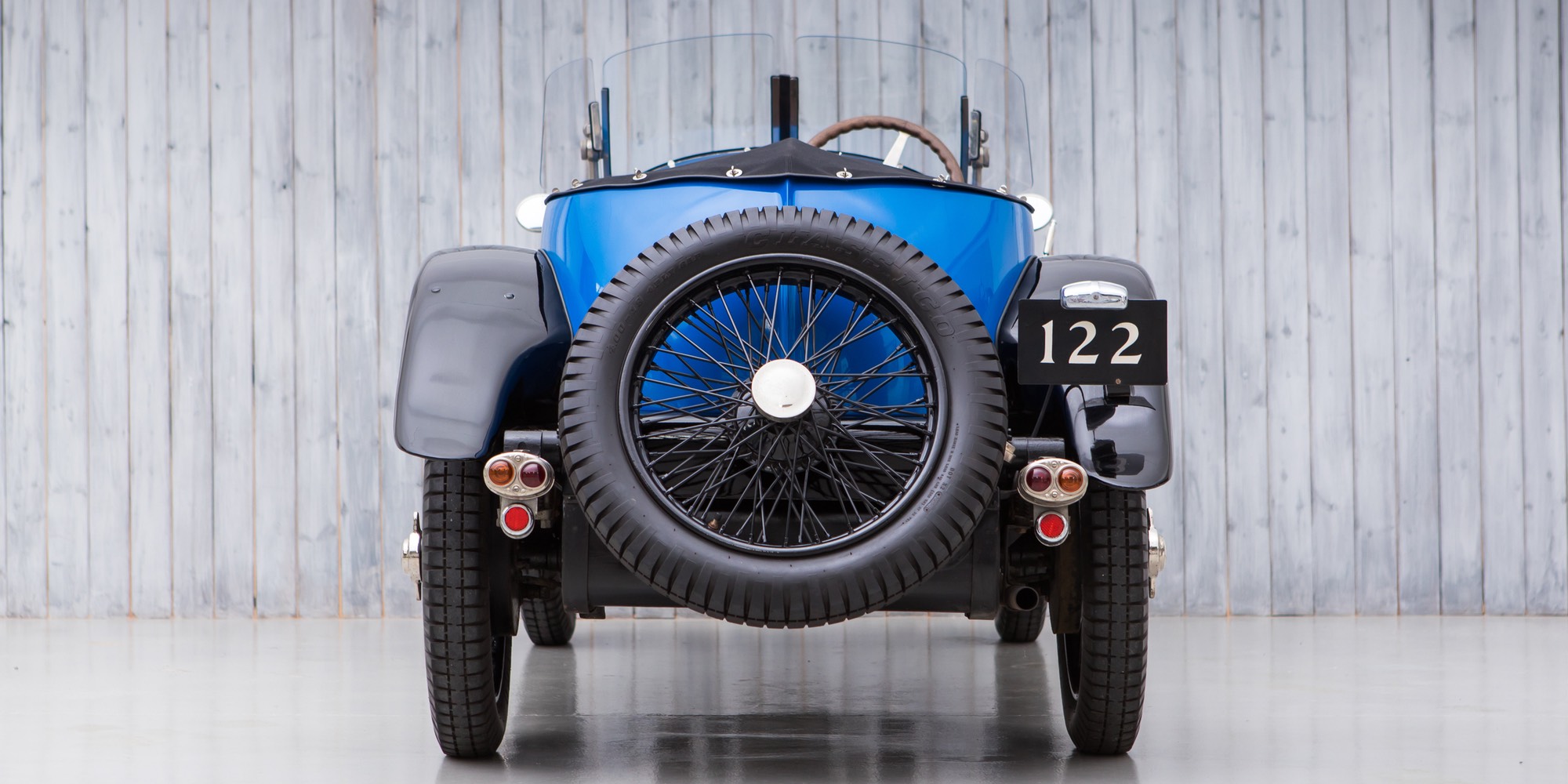 Few models have evoked the same passionate following within and outside of the Bugatti world as the Brescia. Whether you want to take on the muddy hills of the VSCC trials circuit, grace the winding roads of one of the many Bugatti rallies and events, or race up Prescott Hill; the Bugatti Brescia has to be one of the most exhilarating and usable Bugatti of all time.

Derived from the 8-valve model introduced in 1910, it was uprated to carry Bugatti’s characteristic reversed quarter-elliptical springs in 1913. The 16-valve version of this model was designed and built for an important international voiturette race scheduled to be held at Le Mans on the 16th of August 1914 but cancelled due to the outbreak of war. With the war thankfully behind them, production began alongside the 8-valve model in February 1920.

Production built up slowly but, as would become characteristic of the great marque, it was bolstered by racing success. On the 29th of August 1920 works driver Ernst Fridrich took victory at the Coupe des Voiturettes at Le Mans. On the 8th of September 1921 Bugatti entered a team of four cars into the Voiturette Grand Prix held at Brescia in Italy. They took the first four places with Fridrich taking overall victory at an impressive average speed of over 70mph. From this point on these fabulous little racing cars have been affectionately known as Brescias.

These early race cars with their 2m wheelbase were designated the Type 13. Although the Type 13 was the most famous, the majority of the models were either the Type 22 with its 2.4m wheelbase or the Type 23 with a 2.55m wheelbase. Fitted with a variety of striking and elegant sports as well as more conventional touring bodies, they were a huge success. When production of the 16-valve model came to an end in mid 1926 a total of just over 2000 examples had been built.

This stunning and rare twin-ignition Type 23, chassis number 2400 was produced in February 1925, recorded as Bugatti Works order no. 33, and was delivered without a body as the last of a batch of eleven cars to the Paris Showrooms on the 14th of May 1925. Fitted with the twin-ignition engine 898, it was dressed in a striking and sporty 3 to 4 seater body, probably by either Lavocat & Marsaud or La Carrosserie Profilée. Unlike most Type 22 and 23, this car featured the gear lever and hand brake on the outside of the body like the earlier competition cars.

Now completed, 2400 was imported to the UK and registered YR 8859 by the London City Council on the 10th of December 1926, a number it still retains to this day. The cars first known owner was a Mr. T L Gordon of the Horwood Estate Company in County Galway in the Republic of Ireland. This early photograph above shows the car fitted with Marchal headlights, closed twin-eared wheel-nuts, usually fitted to Type 35A and Type 37 at the time, as well as oversized Dunlop racing tyres on the front wheels.

The cars second owner was Wilford Fitzsimmons who purchased 2400 in 1933. On Qualifying for Trinity University College Dublin, in his own words Wilford ‘borrowed a Bullnosed Morris from a friend to go and see the Brescia. Upon enquiring the price the vendor said ‘enough to buy a car like yours as this one throws oil over the girls stockings and they don’t like it.’ Wilford promptly swapped the Bullnose he had travelled in for the Brescia and drove home to face the music and subsequently reimburse his friend £20 for the traded Morris.’

Wilford can be seen competing on a number of occasion in the car as seen in the wonderful photograph supplied by himself, above. He would later go on to be Competitions Secretary of the Irish Automobile Club and finally its president.

The owners after Wilford were Dr. Brian Boydell in 1937-1949, Bobby Newell and brothers Fred and Gratton Norman. The car became well known in the University Motor Club. During there Norman brothers ownership its original Bugatti gearbox was replaced with a Wilson pre-selector and in 1953/54 Fred Norman removed the original body and replaced it with a home made one.

By 1956, 2400 was in Northen Ireland and Brescia enthusiast Bill Clarke made his first attempt to buy it. Unsuccessful on this occasion it was purchased by Brian Nelson and then Lyndon Kearney circa 1962 (as seen bottom right). He used the car extensively in hill climbs including Craigantlet, circuit racing at Kirkistown as well as driving tests and navigational rallies. He modified Fred Norman’s body while retaining the cars original wings. This is clear in a photo of the car when on display during his ownership in the Ulster Folk and Transport Museum. He also refitted the car with a Bugatti Brescia gearbox.

Famous Bugattist Hugh Conway was then managing director of Short Brothers and Heartland in Belfast and sometimes borrowed the car to compete at Craigantlet (as seen above), before eventually buying 2400 in 1974. Once purchased he promptly set about a total restoration of the whole car as well as having a new Lavocat & Marsaud style body, fuel tank and aluminium bulkhead made. He disliked having both the handbrake and the gear-lever on the outside so the latter was moved inside the coachwork. The restoration is well documented in the Winter 1975 Bugantics and is the basis of the Brescia Bugatti Overhall Manual published by the Bugatti Owners’ Club in February 1987.

The car was purchased by well known Swedish collector Allan E Söderström. He featured the car in his Museum together with a representative selection of about ten other Bugatti. Subsequently the car saw little use until 1996 when several of the cars from the collection were offered for sale.

At this time it was purchased by David Bayliss whose pre-War Alfa Romeo workshop was based at Beaulieu in Hampshire. He in turn promptly sold it to the aforementioned Bill Clarke who had tried to purchase 2400 so 40 years earlier.

Well known in Brescia circles, during his 18 year ownership Bill and his wife Jean used 2400 for touring, navigational rallies and various competitive events including hill-climbs and driving tests in both Ireland and England. During this time the engine was rebuilt by Ivan Dutton ltd. A new Brineton crankshaft was fitted along with new Carillo rods, positions, main bearings, tappets and tappet blocks. The original cylinder block was retained and its internal oil and water ways were overhauled. The engine retains its original Zeneth 36DEF up draft carburettor and twin SEV magnetos mounted in their cast aluminium cradle.

In 2016 Bill and Jean sold the car to its recent owner who in turn entrusted marque specialists Ivan Dutton ltd. to carry out further work including repainting the coachwork in blue, re-timing the interior, fitting wind deflectors to the windscreen and tool boxes in the running boards. The gear lever was also placed back in its outside position thus giving more room for the taller driver.

This stunningly presented and highly usable Brescia represents a rare opportunity to acquire an original twin magneto Type 23, with a well documented photographic history and ownership record back from the 1930s to present day. All of the mechanical components are original Molsheim and correct for this car and the fact that the original engine is retained along with matching sump, can box and cylinder block are scarce features to find. The front and rear axles, the gearbox, magneto cradle and even the rear spring hangers are all numbered.

Accompanied by a large and comprehensive history file including a full report by highly respected Bugatti, and in particular Brescia expert David Sewell. With events like the Mille Miglia, Solo Brescia and so many more going from strength to strength this stunning example is your chance to get out there and discover for yourself why history and so many of us hold the Brescia holds in such high regard.